The 2015 Israeli election is over.

President Reuven Rivlin has sent letters to the various

political parties inviting their leaders to come to Beit Hanassi,

to indicate their preferences for forming a new government.

each with Hebrew letters representing a political party,

were put into little blue envelopes

which were then inserted into a slot in

and were counted by hand.

What a low-tech method for a Start-up Nation!

Some emerging facts are surprising.

Who would think that an Arab village would have

the highest percentage of voters for Bibi?

We knew that the head of elections was an Arab Supreme Court Judge,

and now the Joint Arab list has even more than the

10% representation than they had in the last Knesset–

so much for apartheid.

The last RJS post with 30 photos broke all the rules

of blogging, it was very long,

but the marathon was such a big and colorful event.

Photographers waited at the marathon starting and finish lines

and all along the routes, so that millions of photos were taken.

This photo was by far my most popular in the social media.

Some people may be tired of seeing pictures of runners,

but there is one photo I want to make sure gets seen.

Team ALEH  posed for photos on the track

at the start of the Community Race.

For this special 800 meter event,

Police officers were lined up ready to “run” with

children, all with severe disabilities, from ALEH,

One police officer was holding a child’s hands,

ready to be the first off the starting line.

Then he stepped off on his way,

This child was able to “run” in the Jerusalem Marathon.

We may still be using paper ballots,

but one Israeli mother invented this device,

and changed a child’s life-one step at a time.

She has more clever devices on the way,

and I cannot wait to see what Debby comes up with next.

Start Up Nation at its best.

Now that that the marathon is over, it is time to prepare for Passover,

but there is more than just cleaning to look forward to next week.

There is the Jerusalem Arts Festival

and the long-awaited new nature reserve,

The Valley of the Gazelles, is slated to open.

As always, there is so much happening in Jerusalem,

however, the more things change,

the more some seem the same.

It poured overnight, but the skies are slowly clearing,

and those who prepared early are very happy,

Tomorrow is the big day,

this has to be drier that the first rain soaked Jerusalem marathon.

The Jerusalem Marathon is hard to miss,

a finish line has been up and ready

across a major street for a couple of weeks.

These huge signs are displayed in multiple locations.

Not only will the races close

but there is also a Sports Expo

in the Jerusalem International Conference Center.

Runners have three days to come and get their kits,

with their official shirts and numbers.

it is all about marathons.

But inside the large halls,

it is all about sportswear marketing.

Aleh is one of the many organizations with teams of runners

who will raise thousands of dollars for charity.

The full marathon attracts runners from around the world.

The times for the different runs are posted here.

With those early morning start times

it is good that the synagogue is easy to find.

The serious marathon runners will race up and down

with the first awards ceremony set  to start before 9:00 am.

The finish line for the full marathon is in the park,

each year it gets a little better organized,

the large park is filled with runners and supporters.

With major roads closed to traffic,

that shuts down the city.

But maybe the music and street theater

on Emek Refaim Street this year

will keep some of those not running and cheering

in a better mood.

What a difference a few years makes:

who even remembers those half marathon runs? 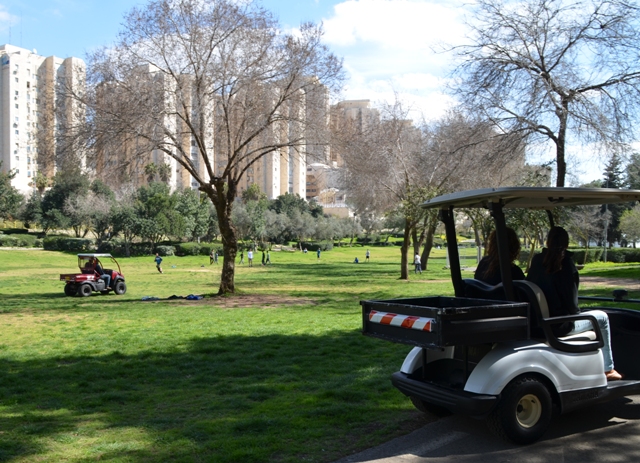 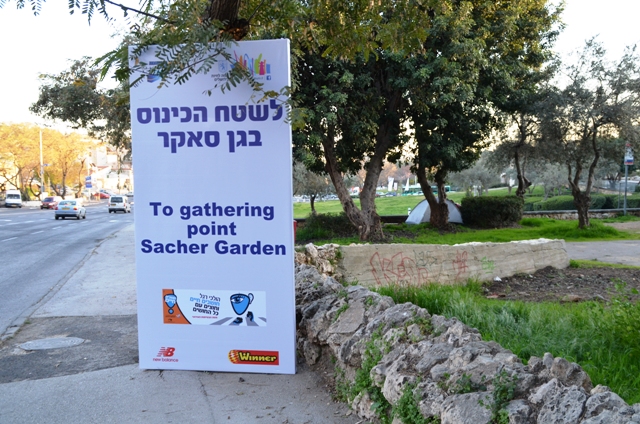 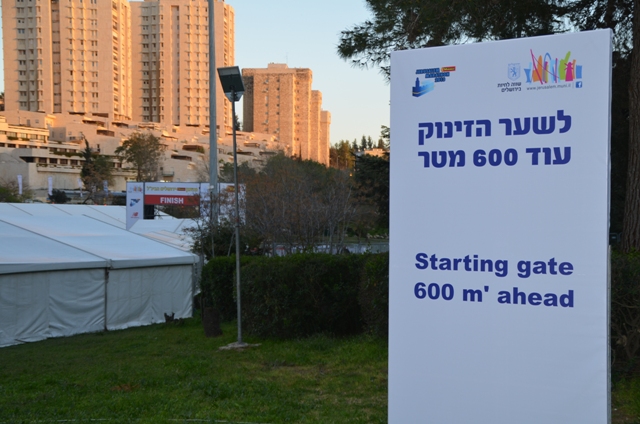 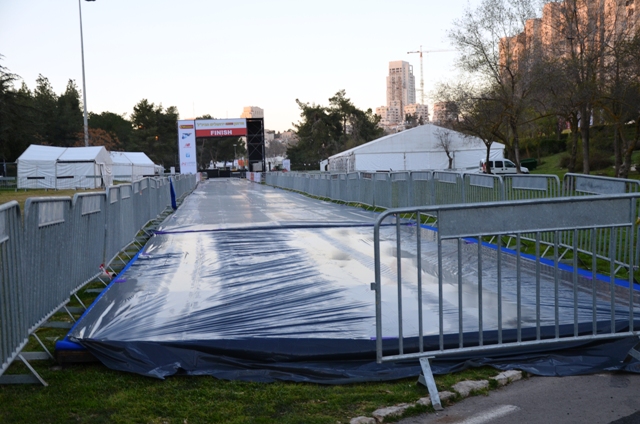 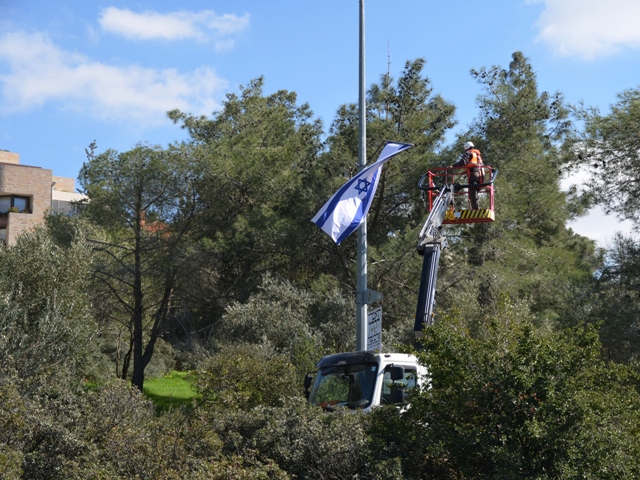 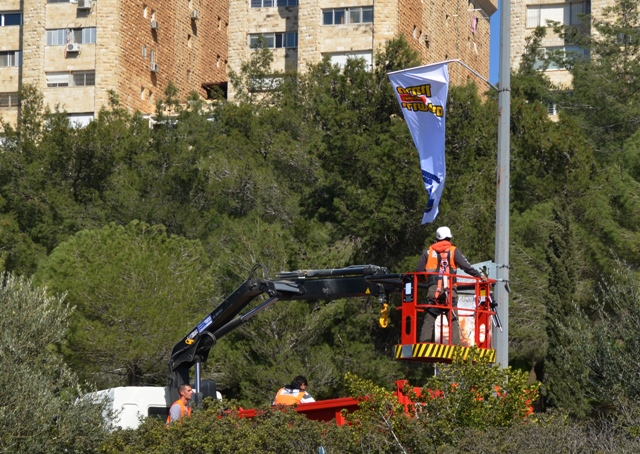 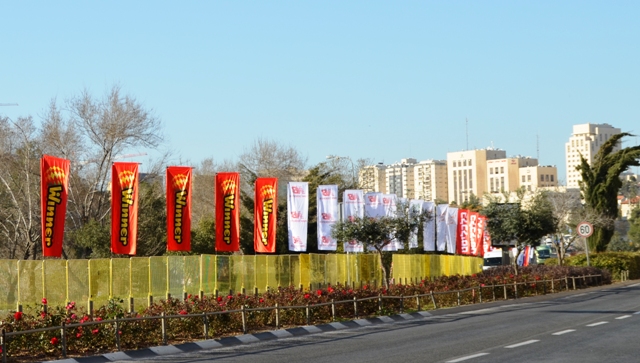 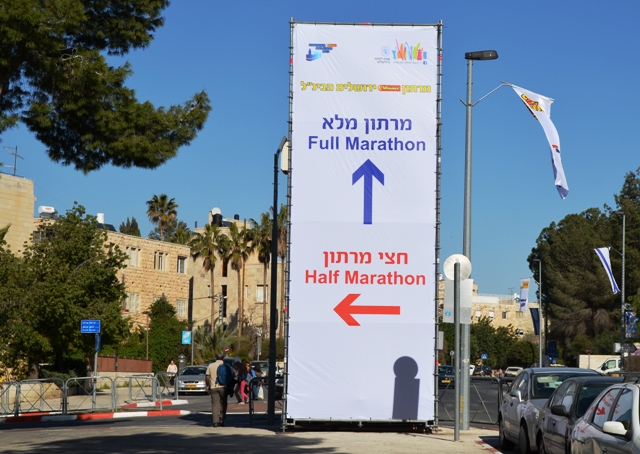 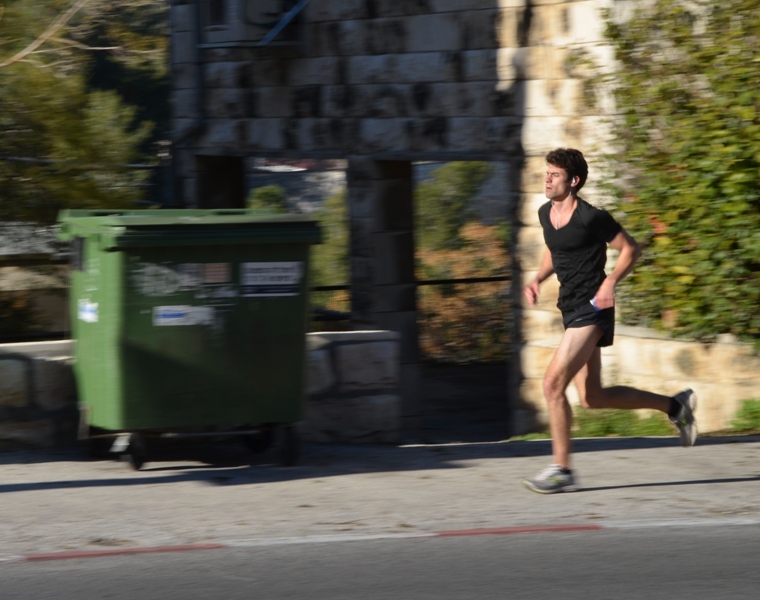 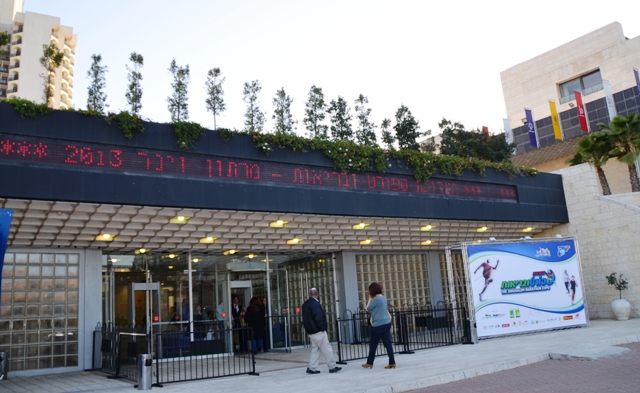 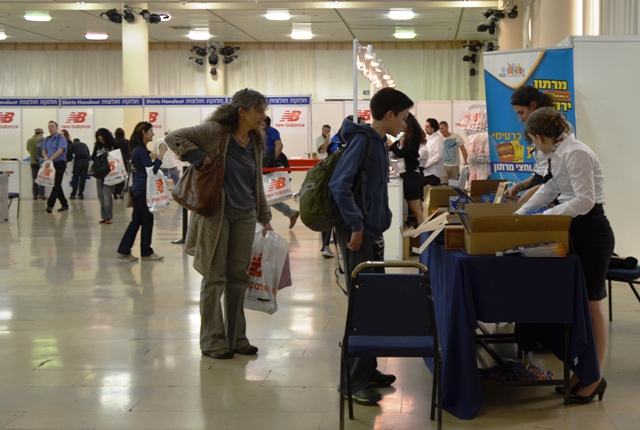 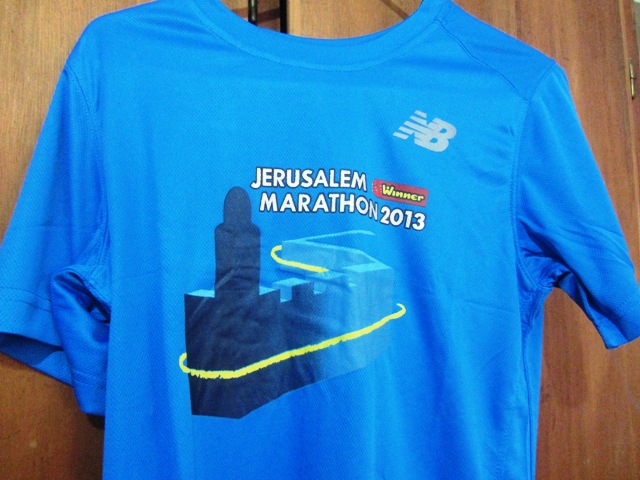 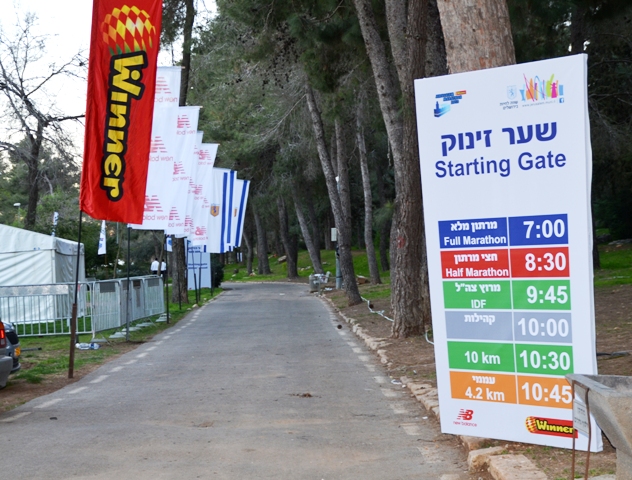 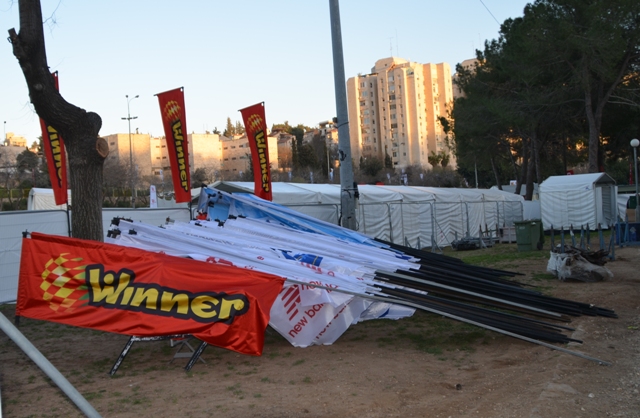 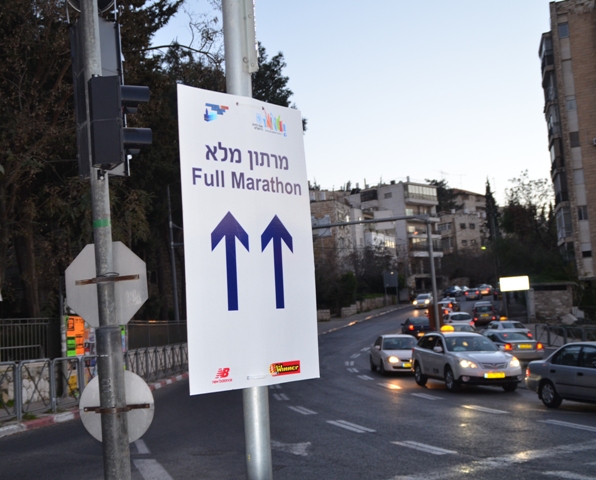