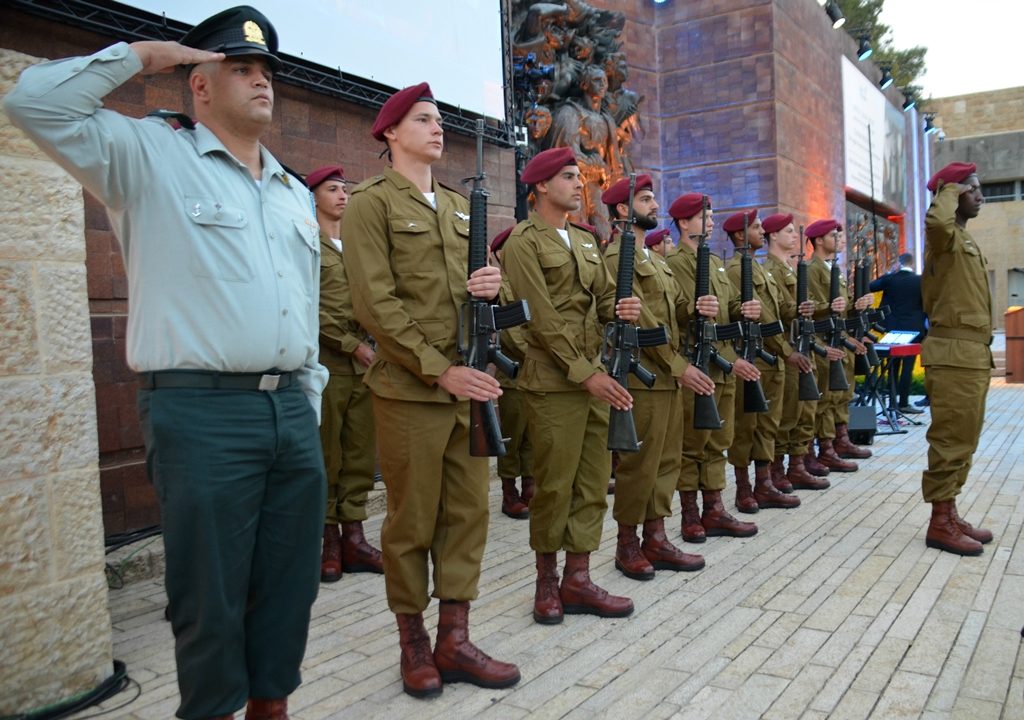 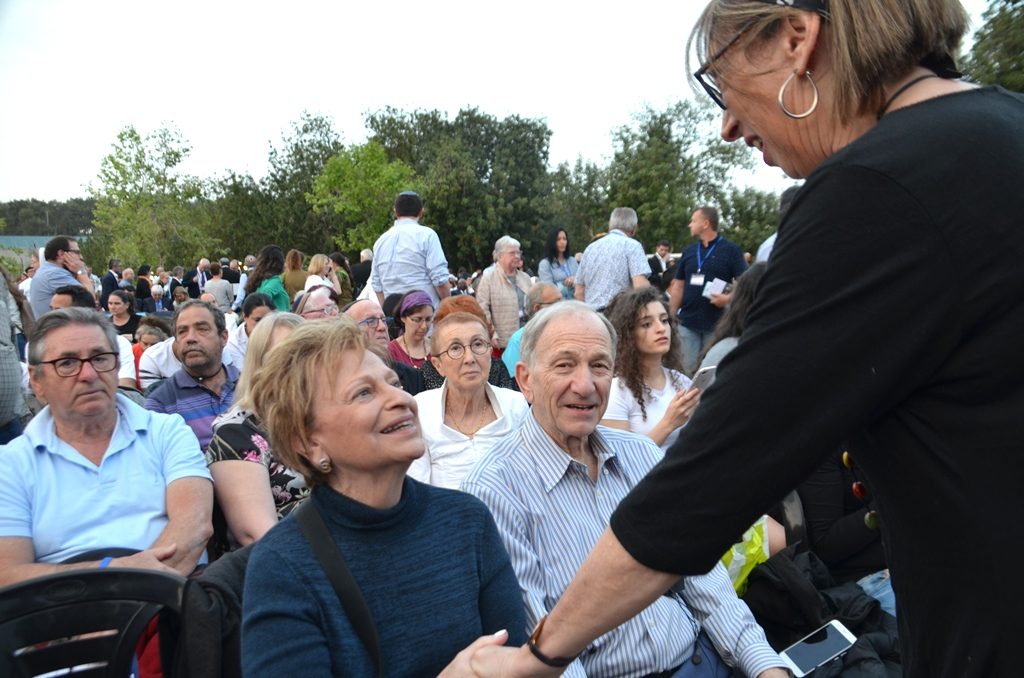 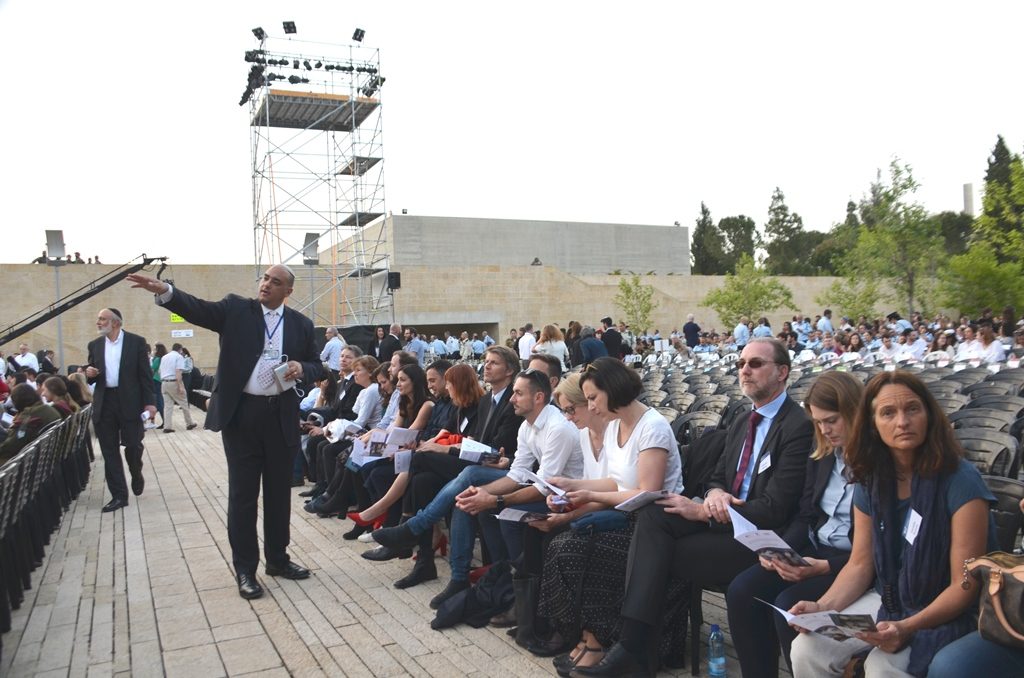 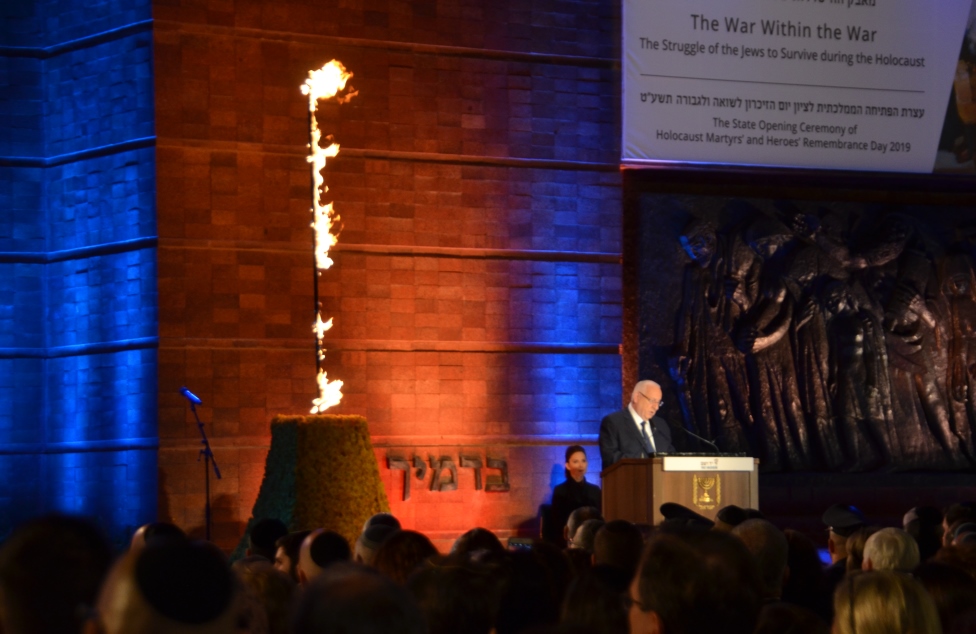 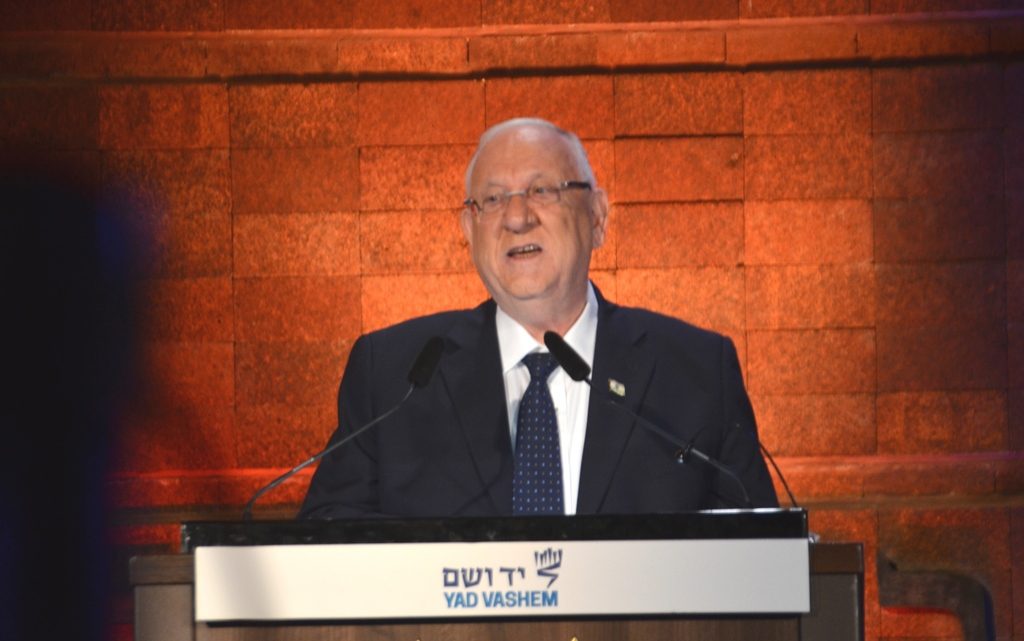 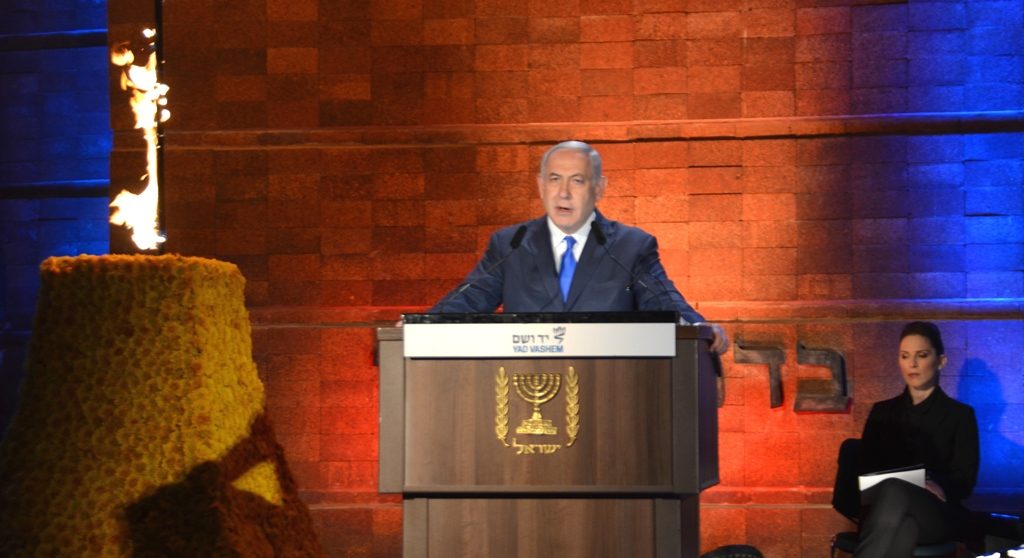 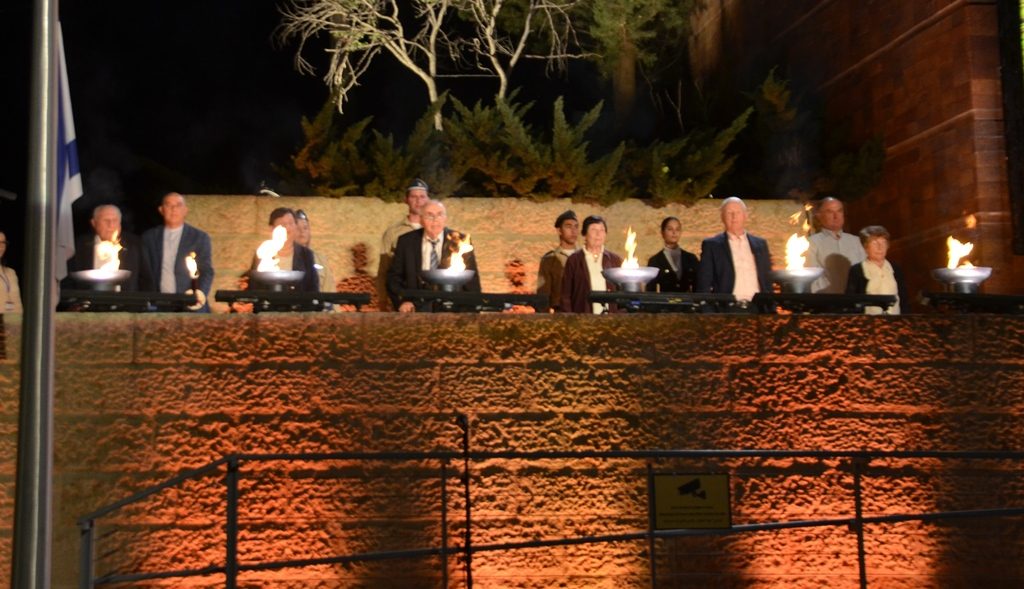 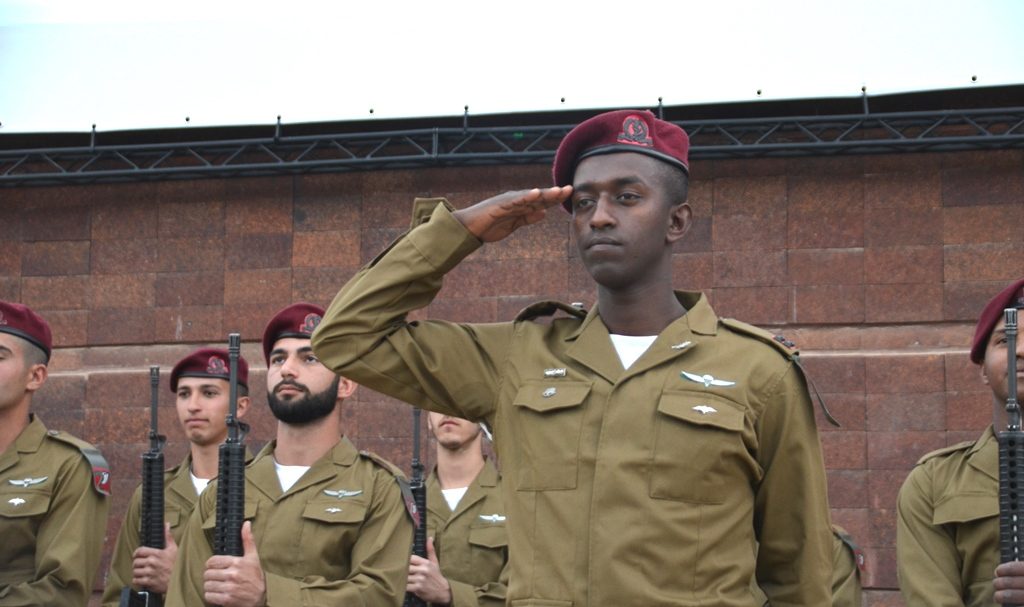 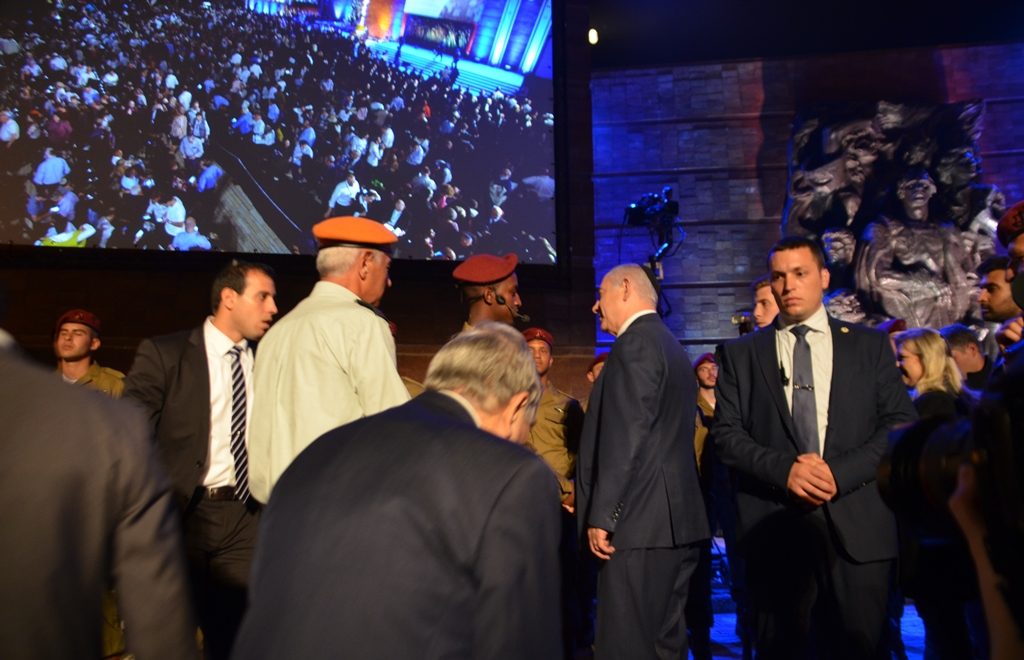 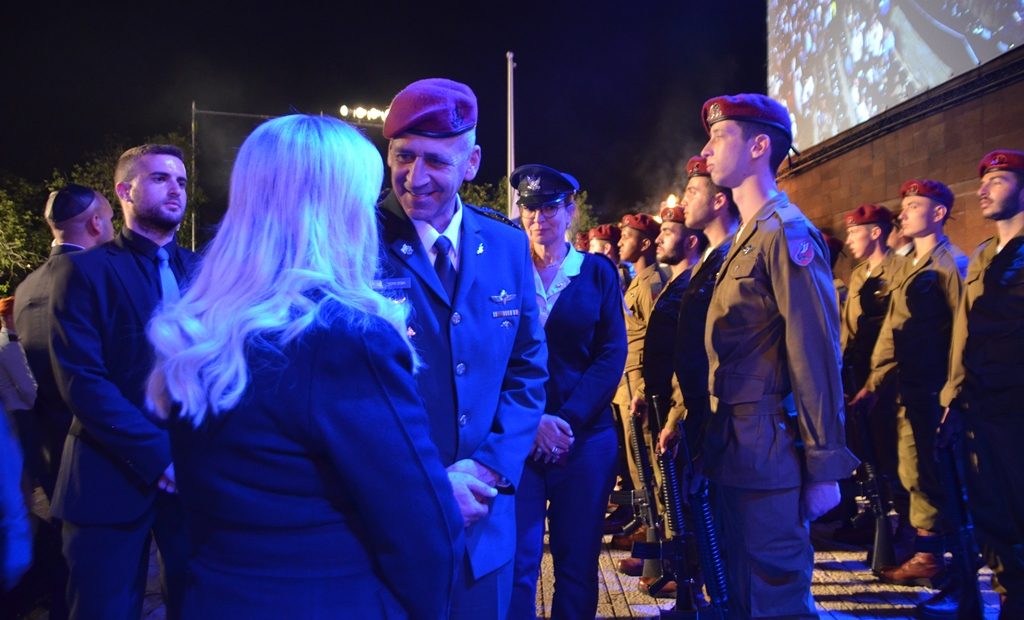 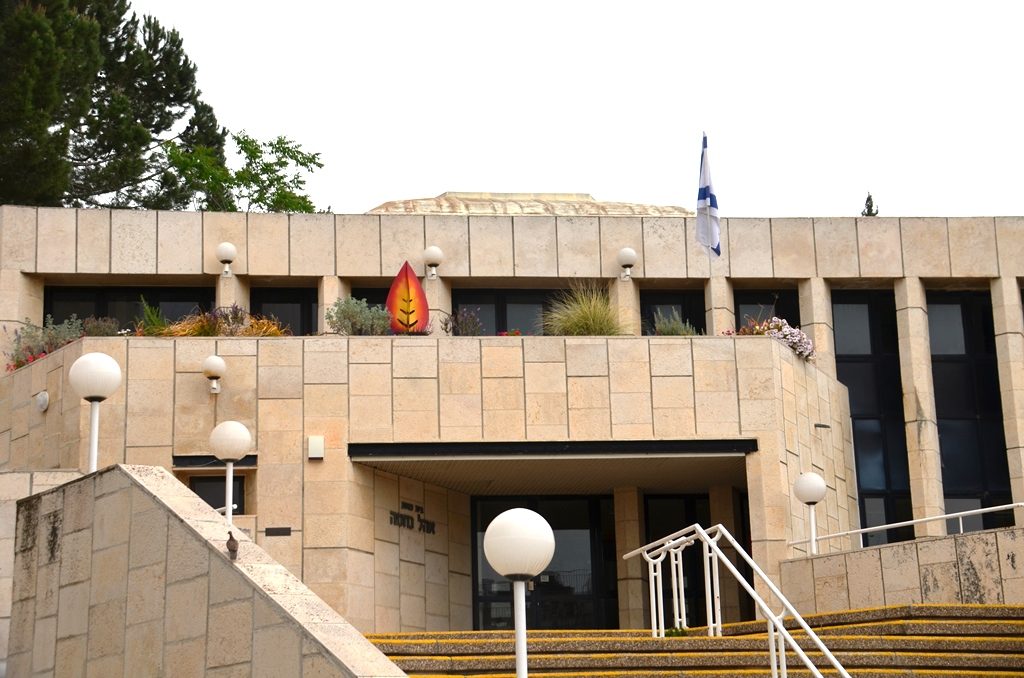 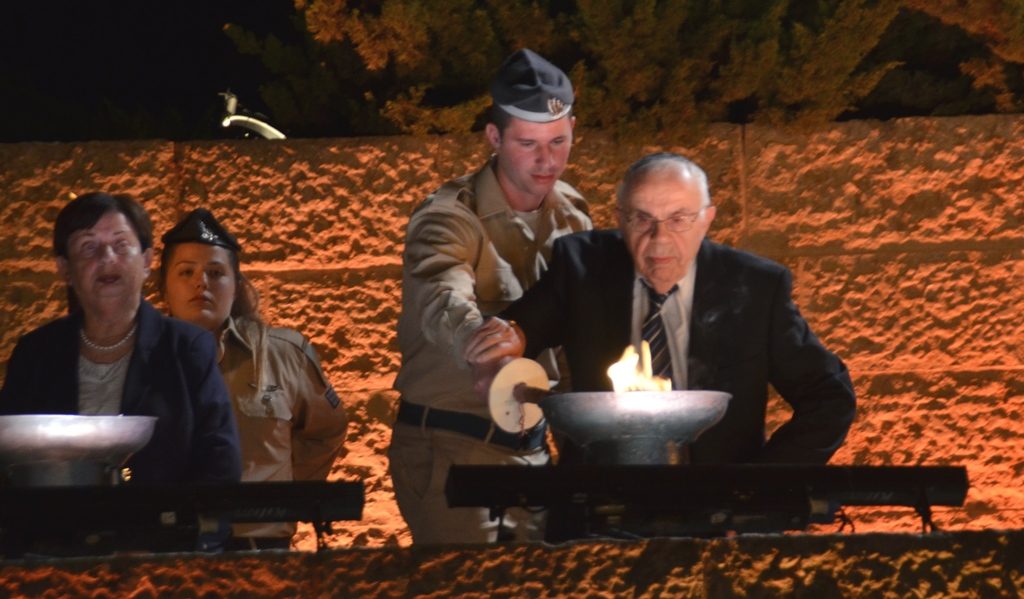 is international, but more intense in Jerusalem, Israel,

from a simple memorial candle display in a hotel lobby,

to the national commemoration at Yad Vashem.

Since the program is televised at 8:00 pm,

it starts on time,

The honor guard poses for photographs before.

One of the six survivors honored to light a memorial flame,

Joseph Labi and son Maurice were kind enough to pose,

more on his story next week when there is time.

This was one of my favorite photos.

The sky at sunset was a scene stealer this year.

When the Prime Minister enters all stand, block the view,

and either try for a handshake or cellphone photo,

and it is a large crowd of hundreds.

after the Israeli flag was lowered to half mast.

using his hands to emphasize a point.

one for each million murdered by the Nazis,

in the Shoah, Holocaust, each with an incredible story.

During the videos retelling their stories,

you could hear a pin drop,

no one coughed, no one moved,

except to wipe away tears.

After the program ended,

I held my camera high to see who was in the crowd.

But in the sea of invited guests,

with Israeli political and military leaders,

it was hard to find anyone.

However, US Ambassador Dan Shapiro lingered

to talk with this family.

Many selfies were taken that night,

but this last one of the night is a favorite.

For too many families remembering is not a once a year event,

but a lifetime spent reliving horrors.

However, from the depths and sadness,

the signs are up for

are being planned for next week,

In Jerusalem, Israel a street  has  been named for him.

Not a long street,

but a new one  in one of the best neighborhoods,

off of Emek Refaim near the Liberty Bell Park.

it is in memory of the eight people who were killed

there in a bus terrorist attack  in February 2004.

Remembering Martin Luther King Jr and those killed by acts of terror.