This year in Jerusalem, the holiday of Purim is Friday, March 9, 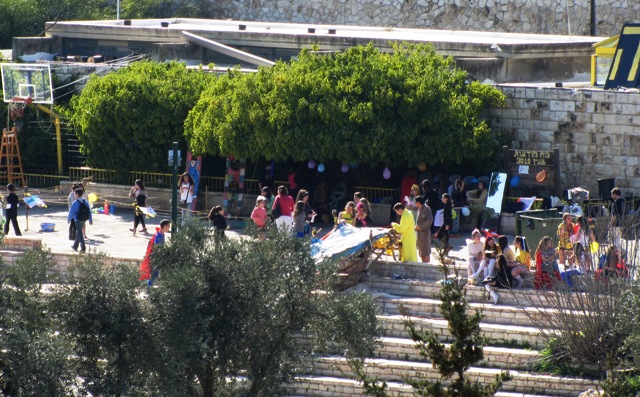 but celebrations have already begun. 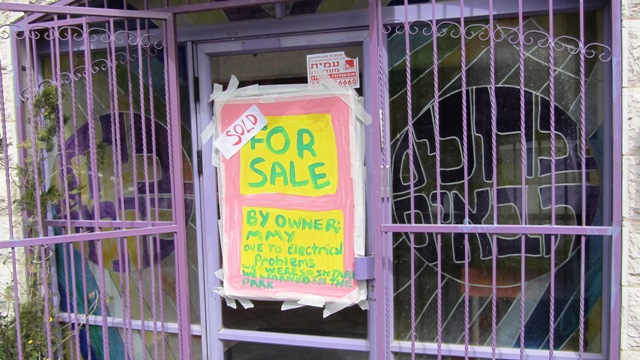 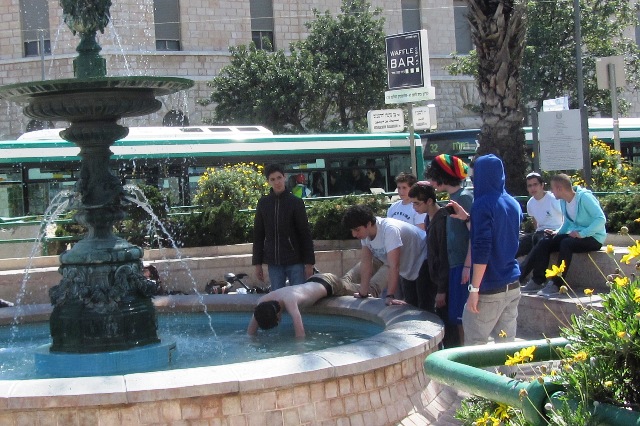 and you can expect to see the unexpected. 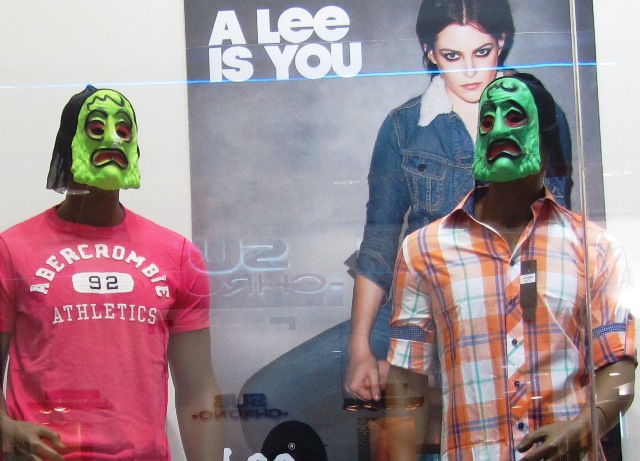 Window displays in the malls 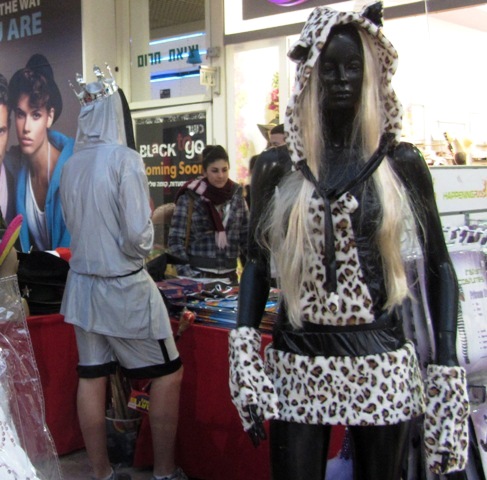 and sales people are dressed in costumes. 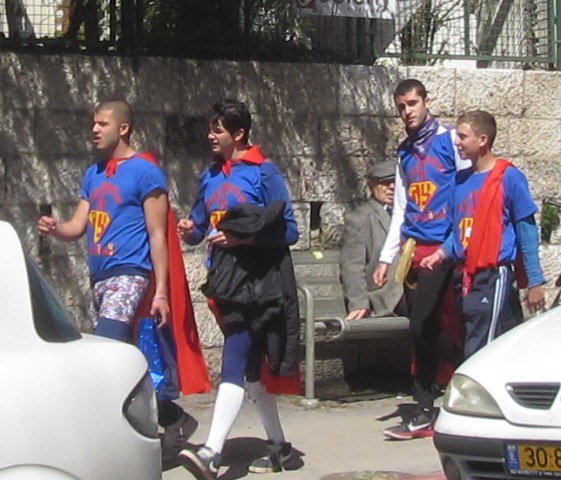 The Jerusalem streets are filled with super-heroes 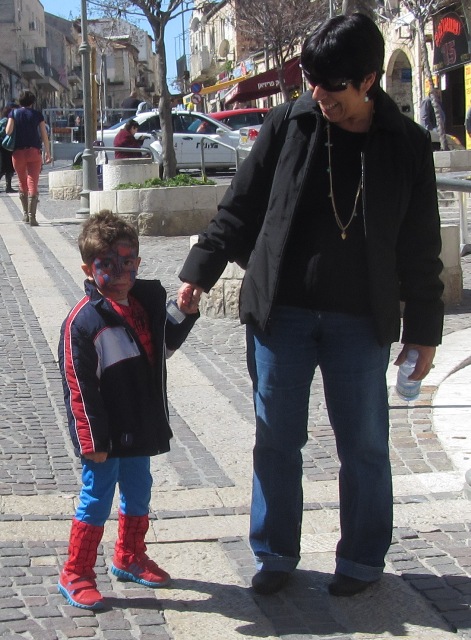 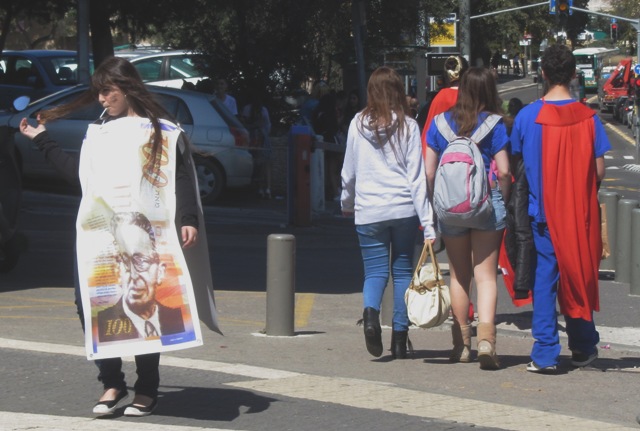 Money not only talks, it also walks 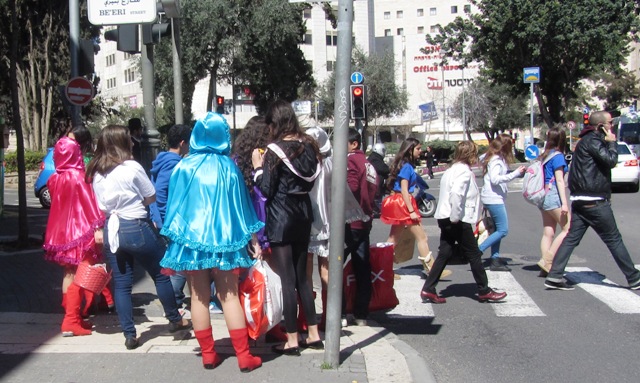 on the colorful Jerusalem streets. 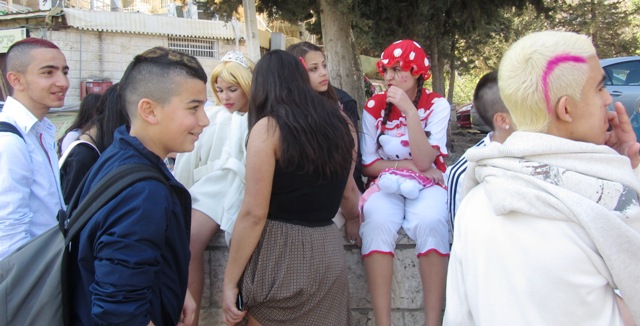 This is the time of year for a new hair style, 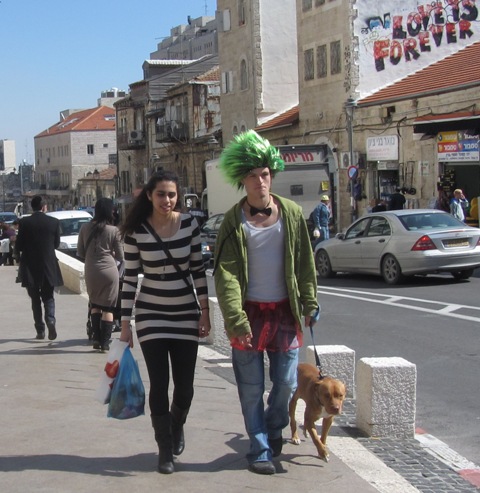 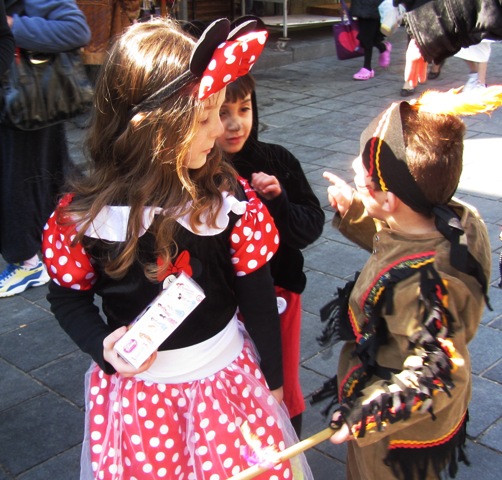 All over Israel today, school children dressed up in costumes, 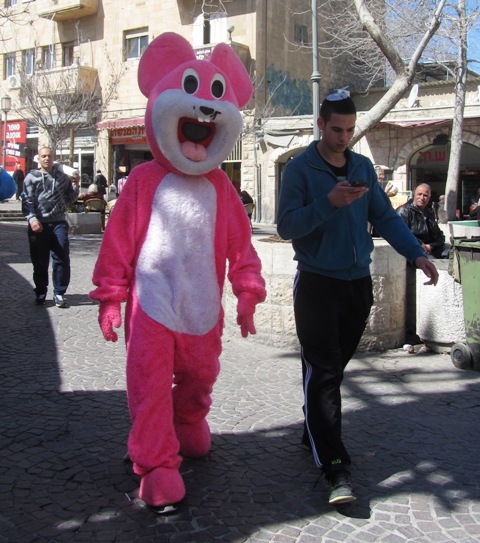 including some very big kids!

You would never know that Purim is not celebrated until Friday

by the look of the Jerusalem streets today.

If you don’t have a costume yet, do not worry there is still time 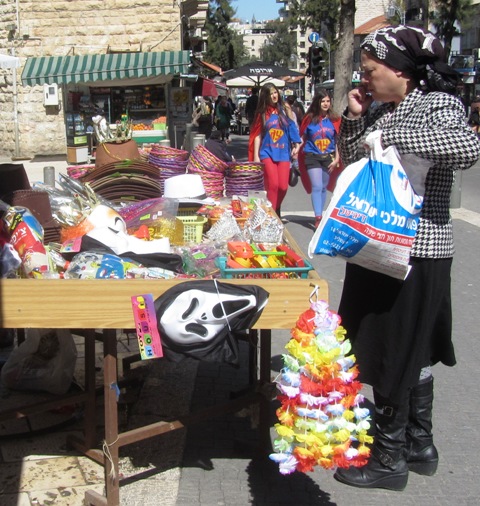 and street vendors have plenty of them on display. 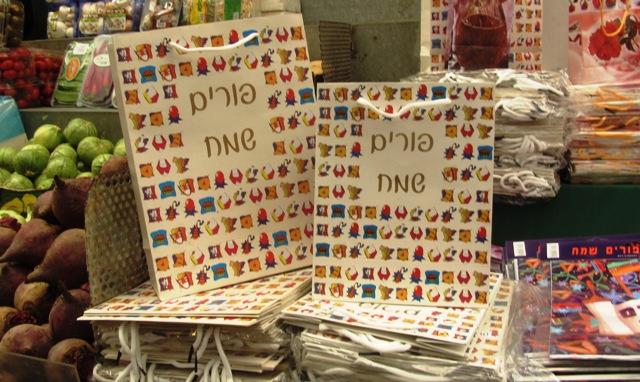