and the word “blizzard” was used a lot.

A little snow started to fall just as it was time

so I only managed to take and share two quick photos,

and by the next day, it was all gone.

This week I did not hear the “b” word,

though a heavy snowfall was forecast.

The snow started to fall on Thursday night, 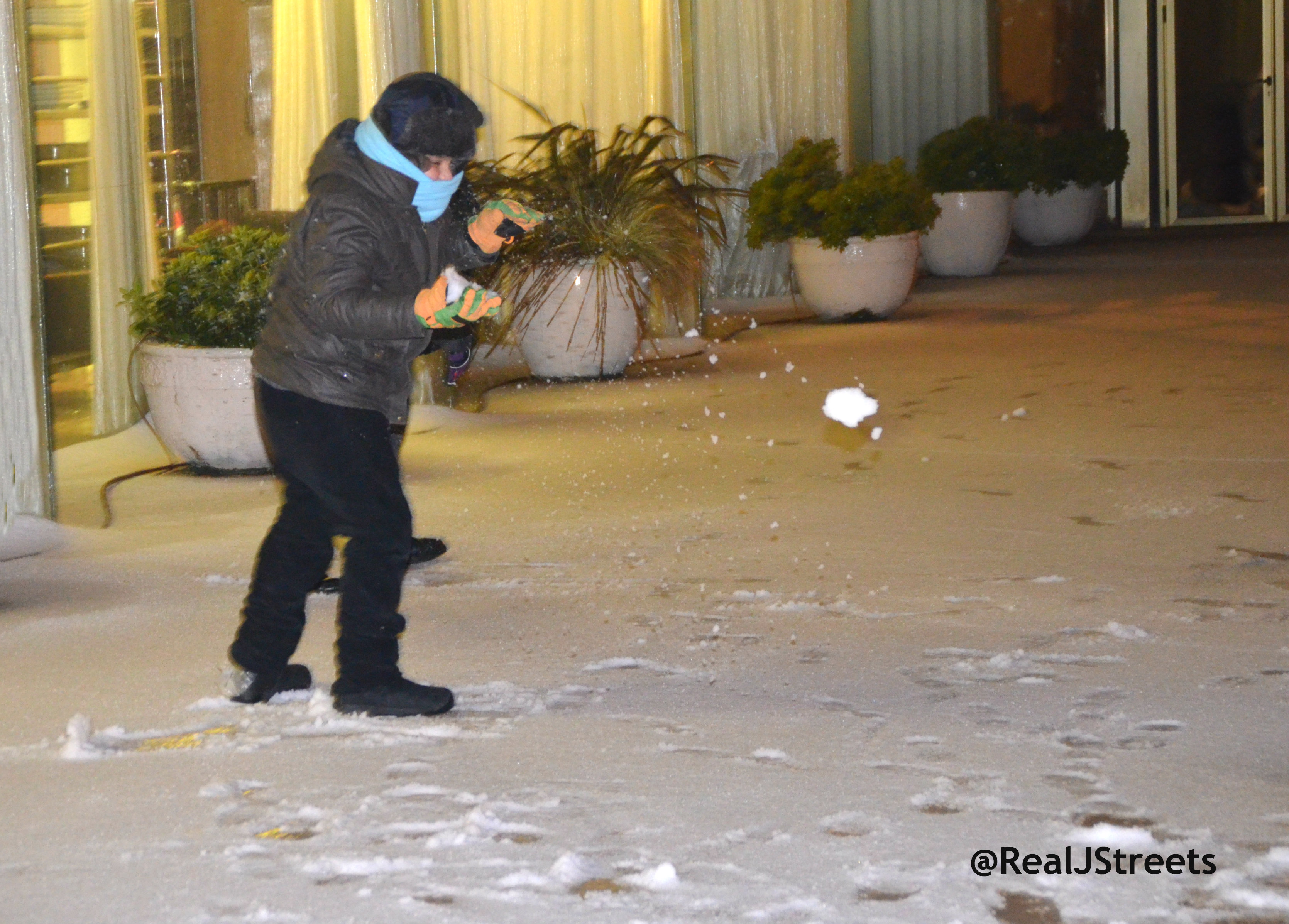 and this could be one of the first snowballs.

The streets were slippery

I took one flower photo, 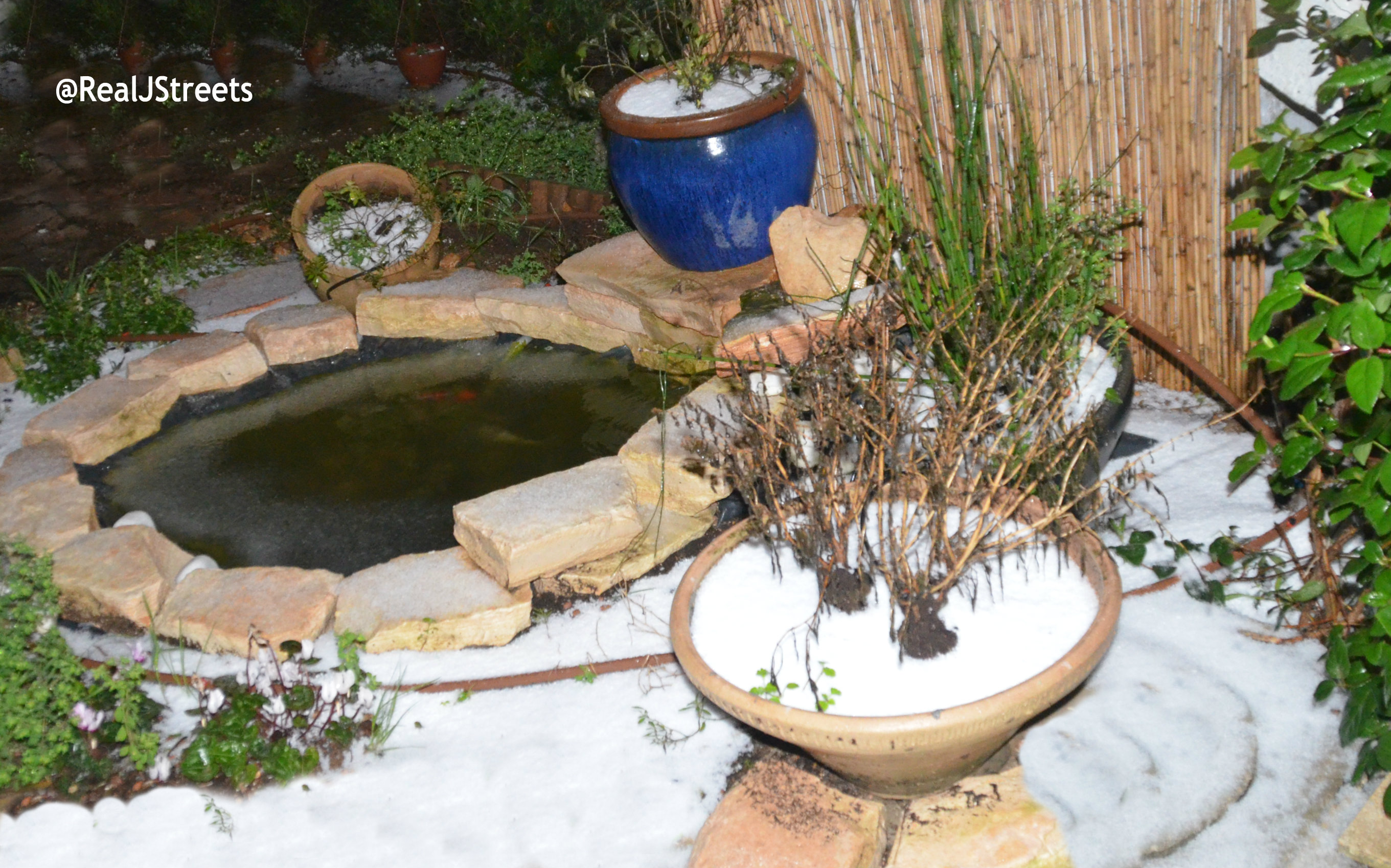 if the warnings were wrong,

I had one ready for the Shabbat Shalom post.

But by morning the snow had accumulated, 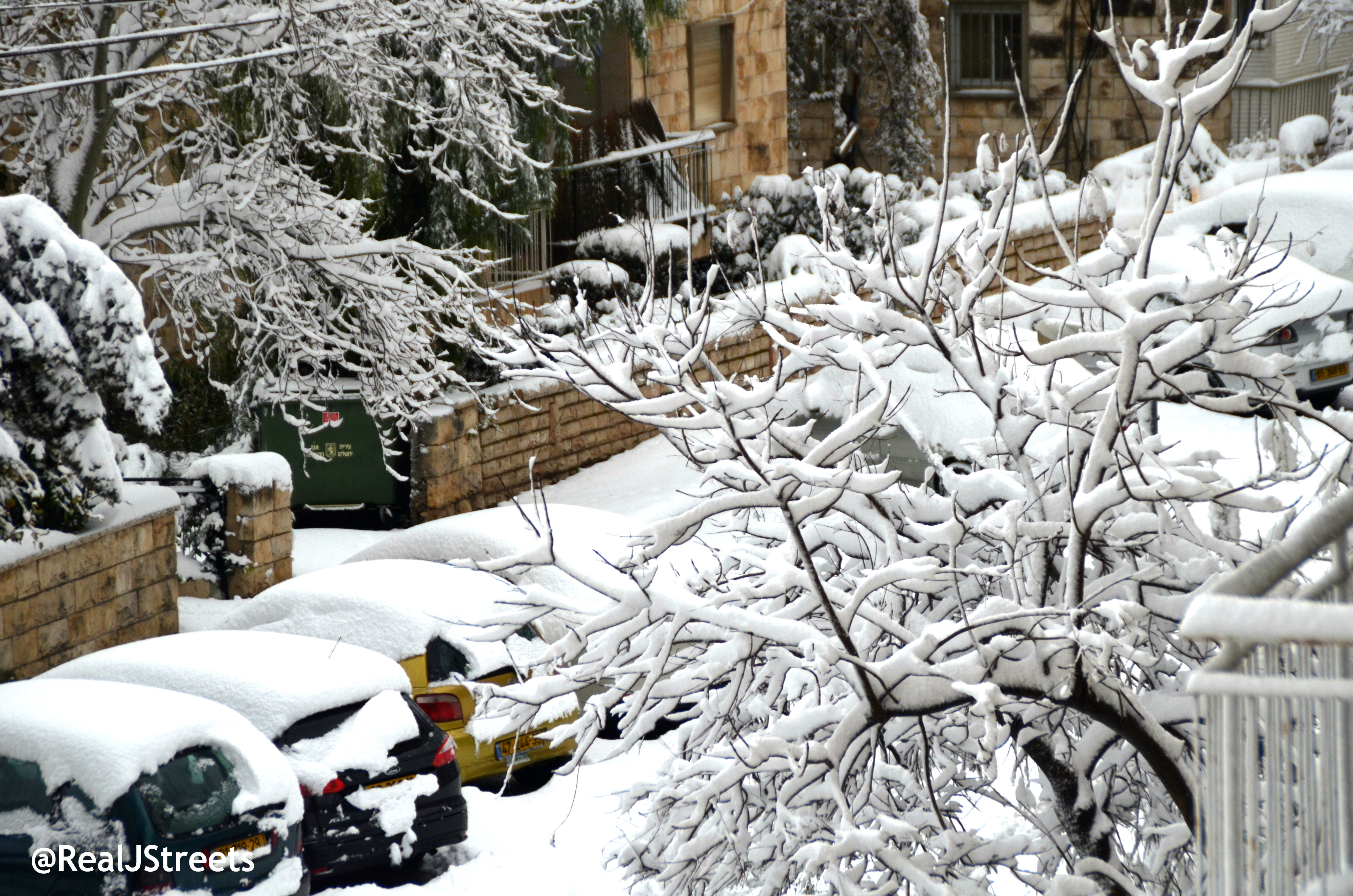 and the Jerusalem streets looked like a winter wonderland. 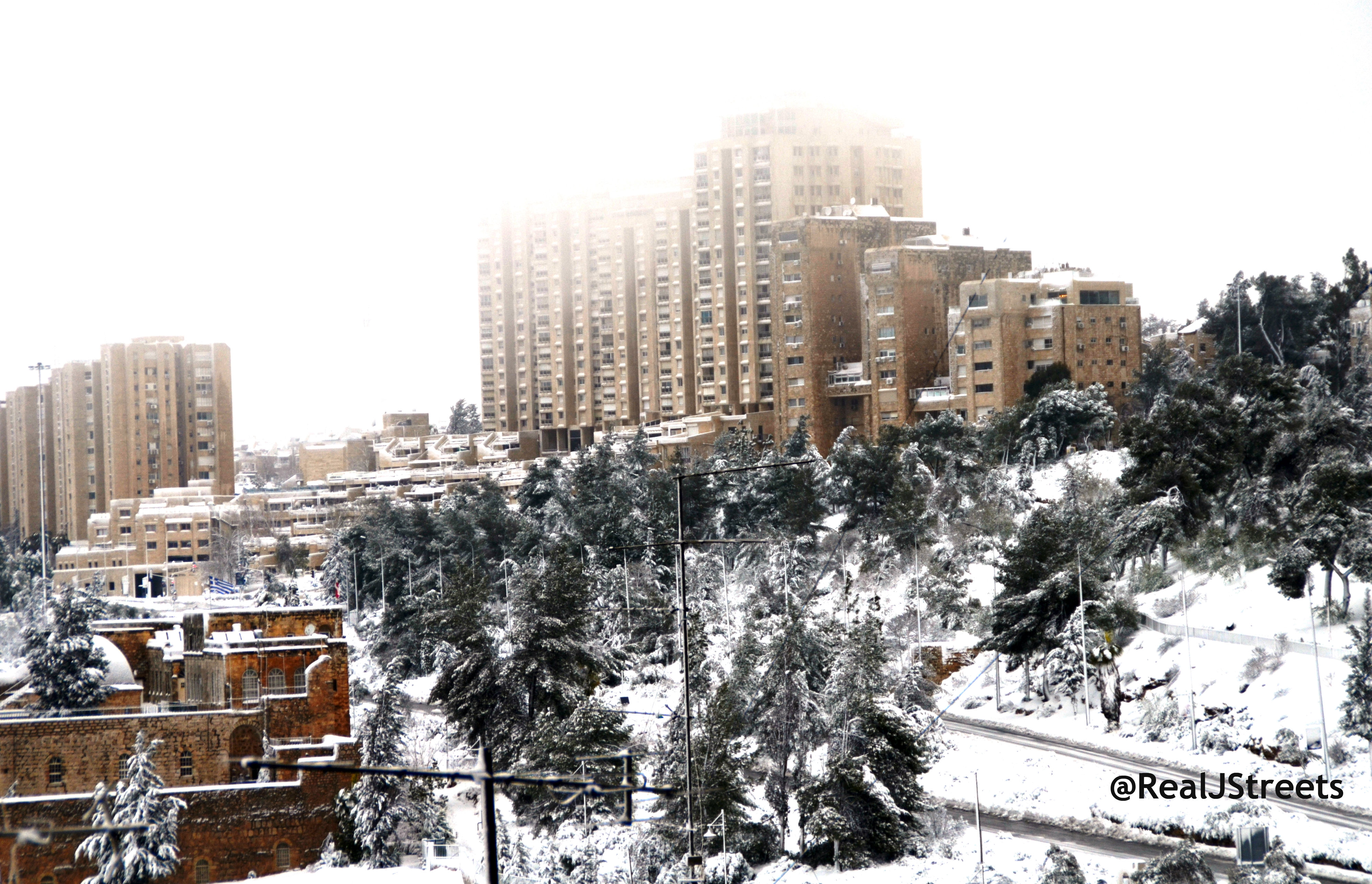 Heavy fog and a white sky added to the wintry scenes. 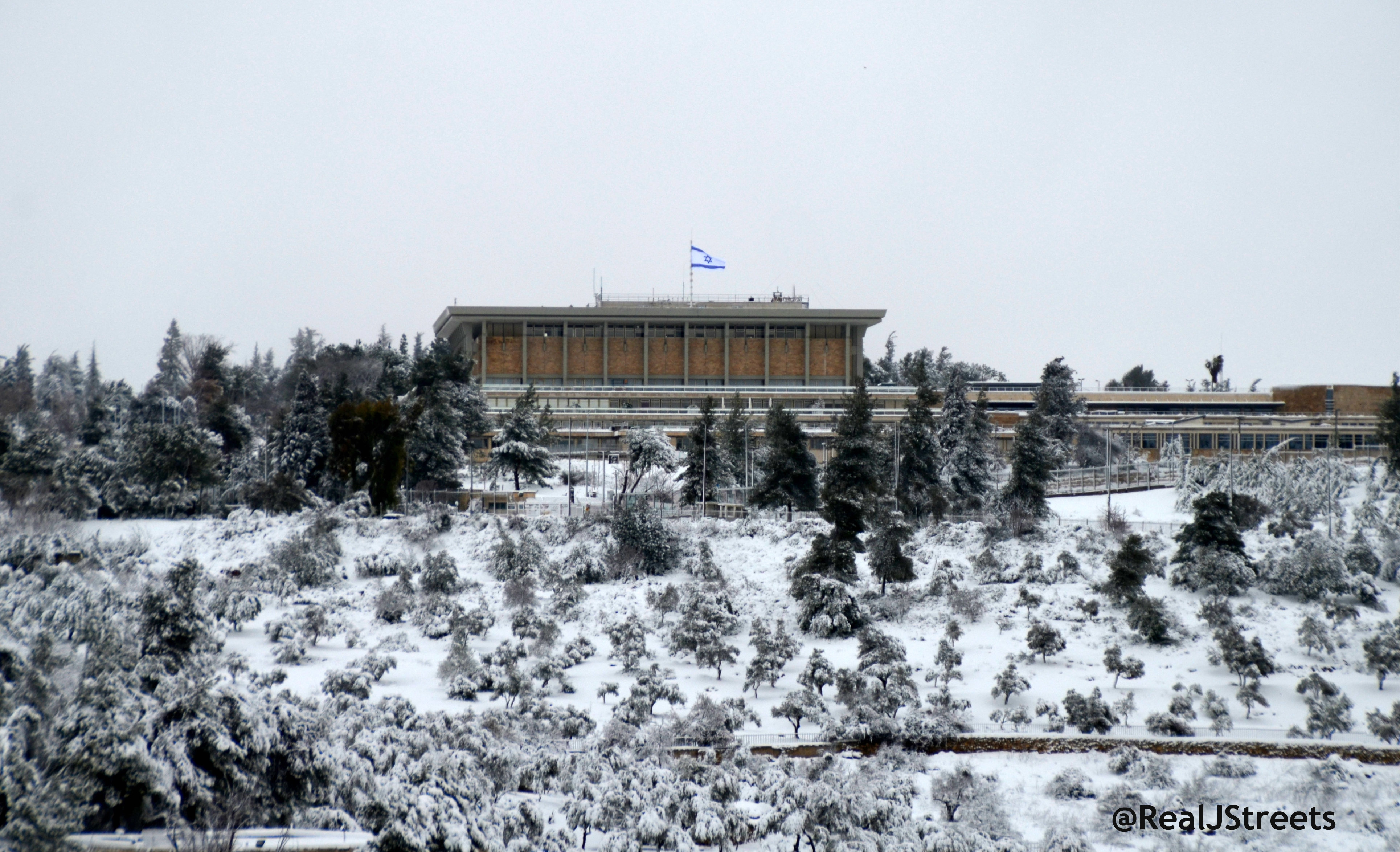 When the fog cleared the Knesset grounds were covered.

against the white sky.

and just about everything.

Most people stayed off the roads in the morning.

The monastery in the Valley of the Cross,

a beautiful and serene scene, 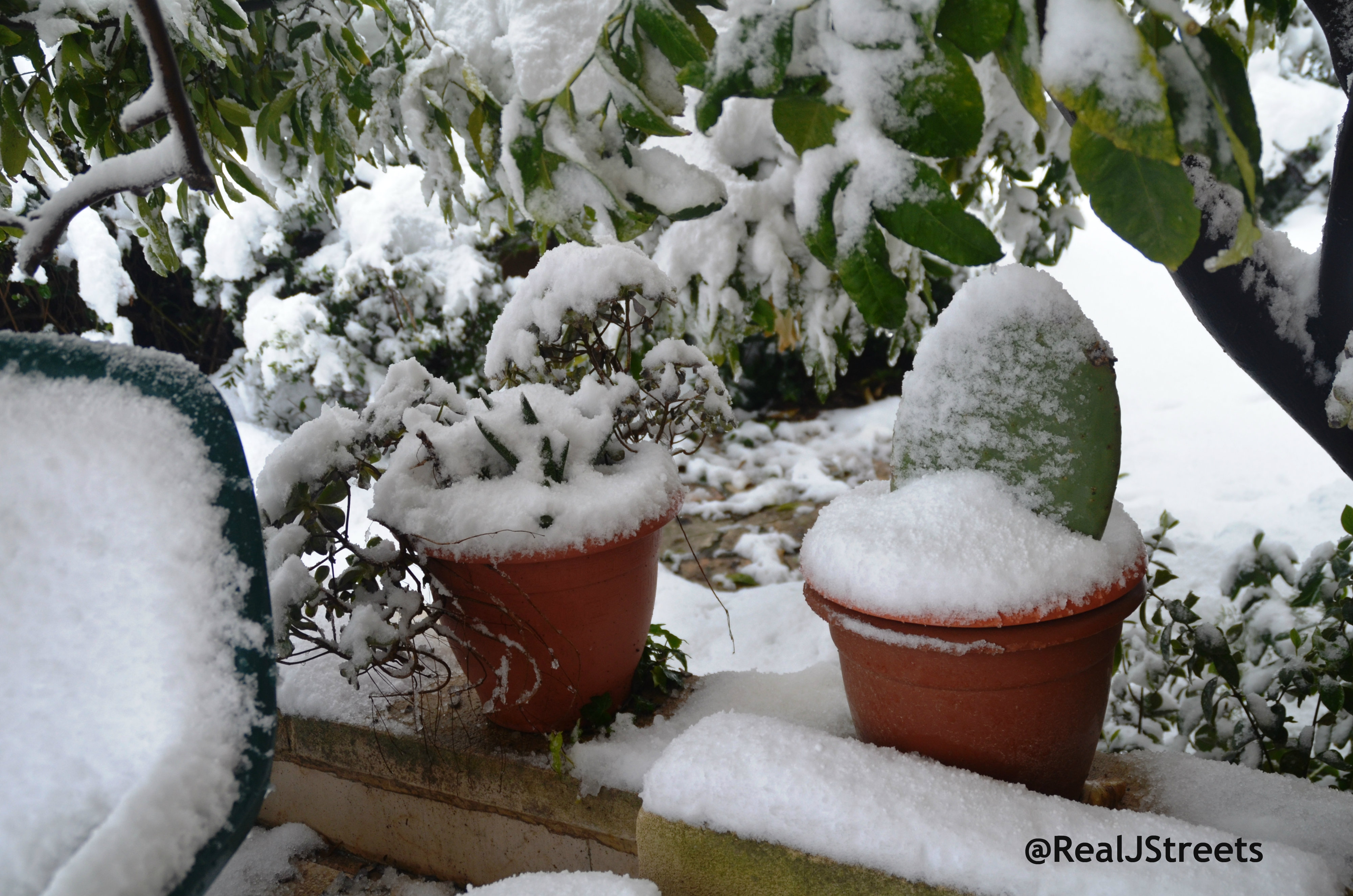 and sabra plants covered in snow?

Only in Jerusalem, Israel!

Last week it was exhausting waiting for the snow to start.

School was closed, then opened, then closed.

Supermarkets ran out of chicken and yeast.

It snowed a bit and then stopped.

It rained and rained, it poured.

The heaters do not work when it really gets cold,

but we waited for Jerusalem covered beautifully in white.

the snow began to fall,

and so heavy the Knesset could not be seen.

The Israel Museum blurred into white.

But Shabbat was starting,

and the camera was put away,

we saw some of the most gorgeous scenes ever.

There was no wind and the snow stuck to all the tree branches,

for what would have made classic photos.

all that was left on Sunday was the remnant of this poor old snow man,

I assume those carrots were his/her nose.

But not only do heaters not work well in the cold,

as usual there were water problems with parts of the dood freezing,

so seeing someone working on the roof tops was common.

We only lost power for a few minutes and had

running water all Shabbat, though it was soo cold.

But then the sun came out,

Along with the tragic news from Paris, France, 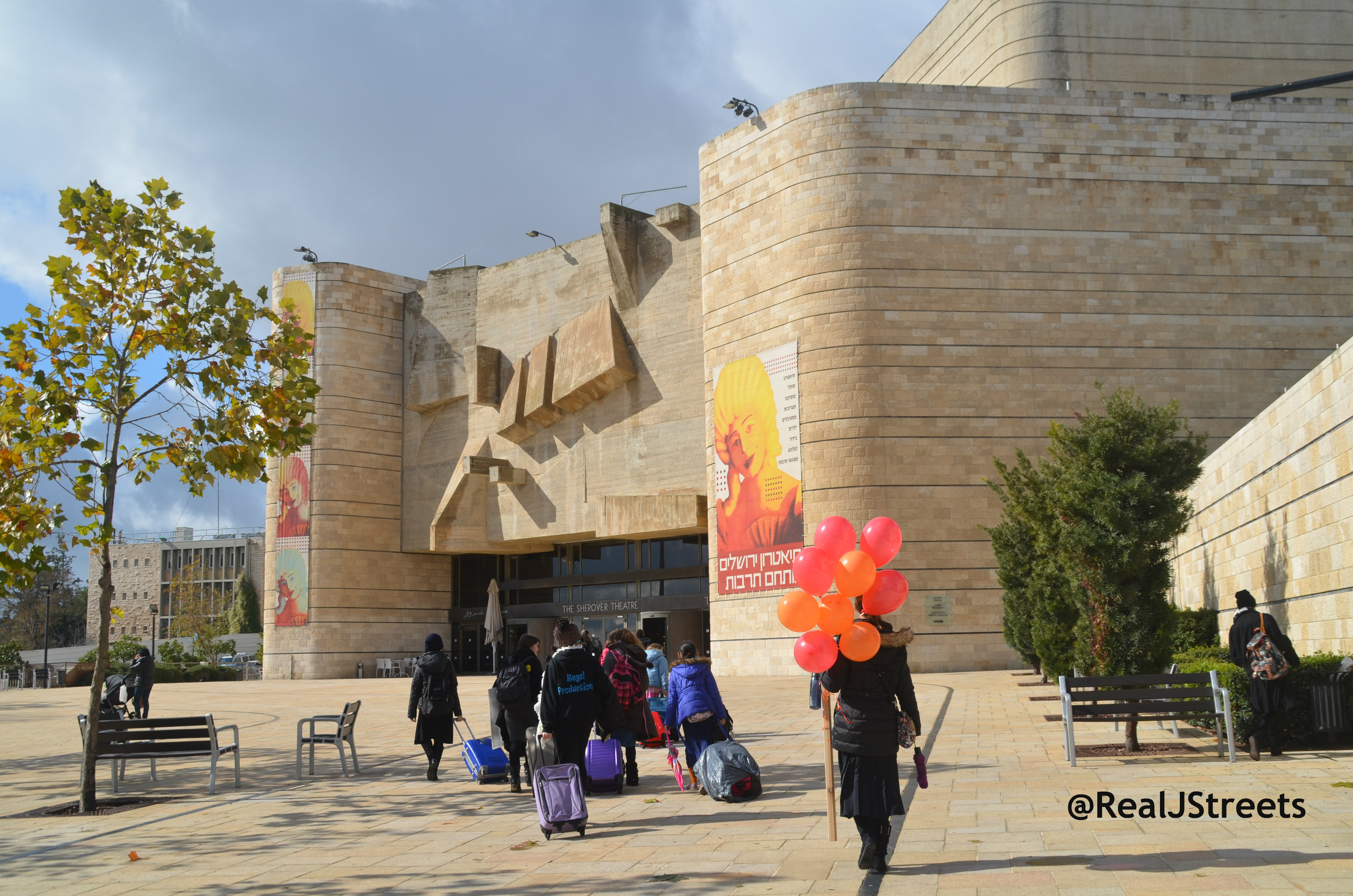 to rehearse for their show “Pollyanna.”

Blizzard of 2015 did not happened,

feeling still like a bear coming out of hibernation,

but back to “normal.”

Stabbing attack, bomb on a bus, and a murder near the Gaza Border,

terror against Israelis is increasing.

But in Jerusalem this past week it was all about the weather.

The sun is shining and sky is blue, and people are walking again along Jaffa Road, and eating and shopping in the Shuk, the Machane Yehuda Market.

For some in Jerusalem, Israel, the snow storm of December 2013 is history. many street corners still look like this with heaps of ice and debris.

Nothing in Jerusalem is flat, so there are many steps,

including this 99-step stairway that was icy this week.

But this fallen tree was blocking them at the top making them useless.

They are off one of the hardest hit streets,

where many were without power for a week because of the storm.

I had to go around out of my way,

but I had a chance to meet two of the hasmal electric company guys,

who wanted me to to take their their photo. on dark slippery streets in traffic that no one was killed or seriously injured. This week, a corner where many children cross

near a busy school was still covered with ice.

You cannot really understand Jerusalem streets from looking at a map

or even at photos, as it can rain on one street and be dry on the next.

This week you really feel and see the differences.

While some are out in the sun,

others are still trying to get around the mess!

I almost fell today on an ice patch near the Windmill. The tree cutters are busy with lots more work to do. but even with the snow in the background,

First it was pretty, then it was clean-up time,