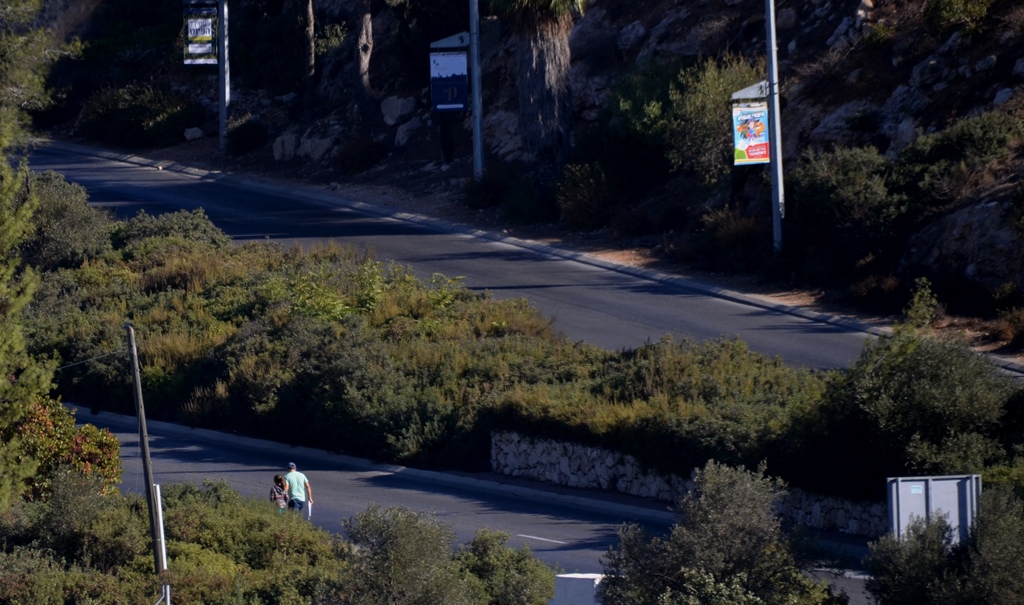 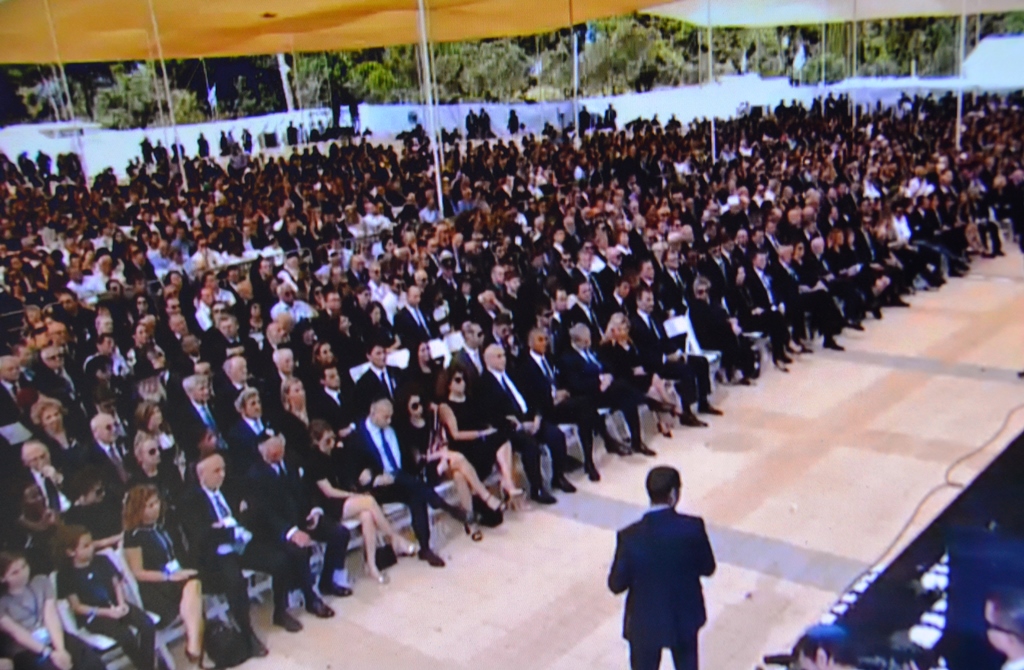 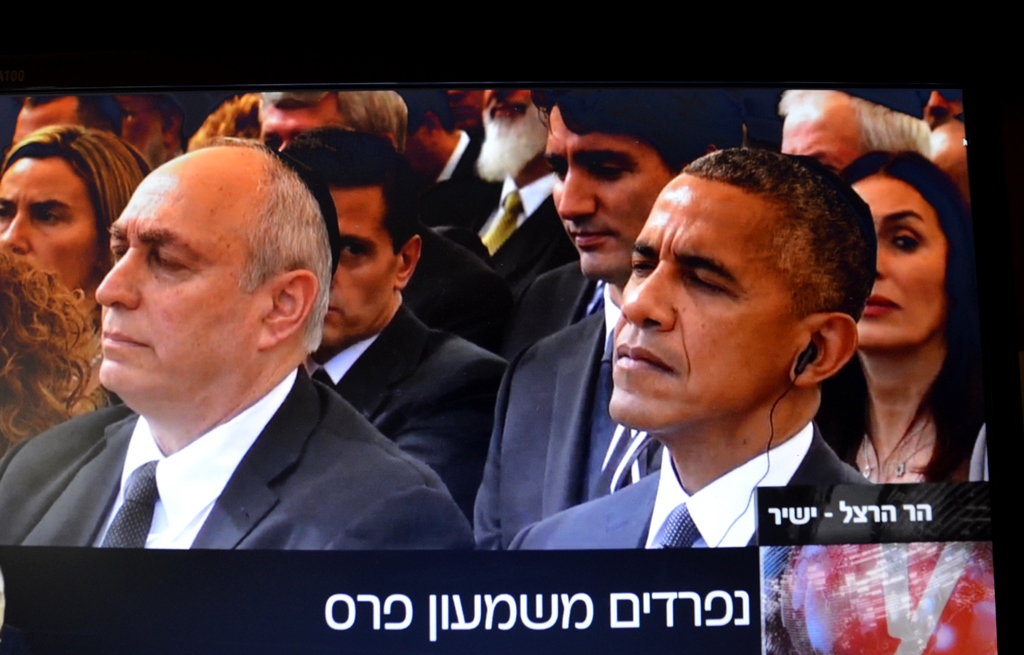 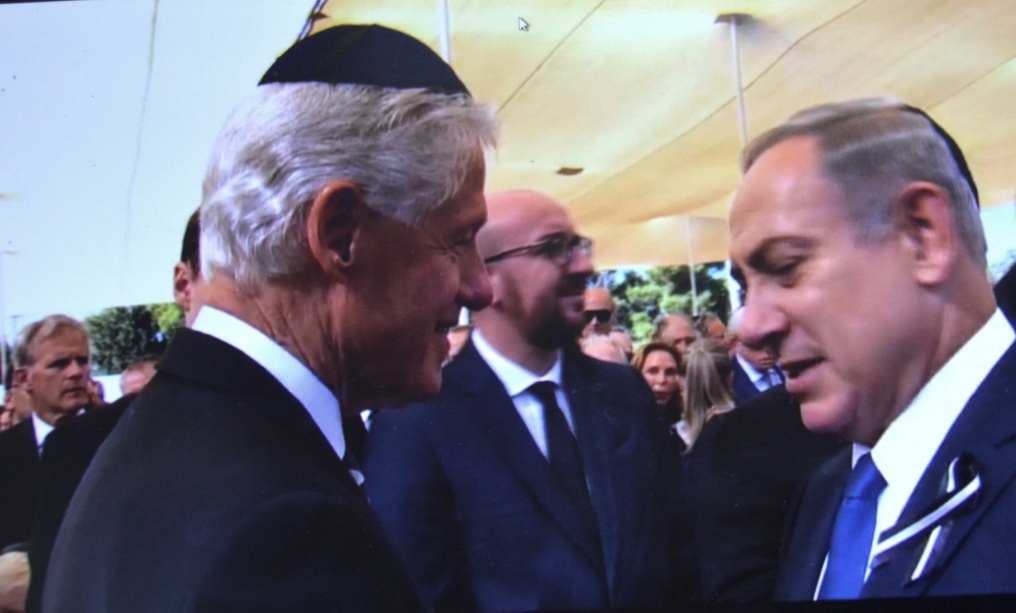 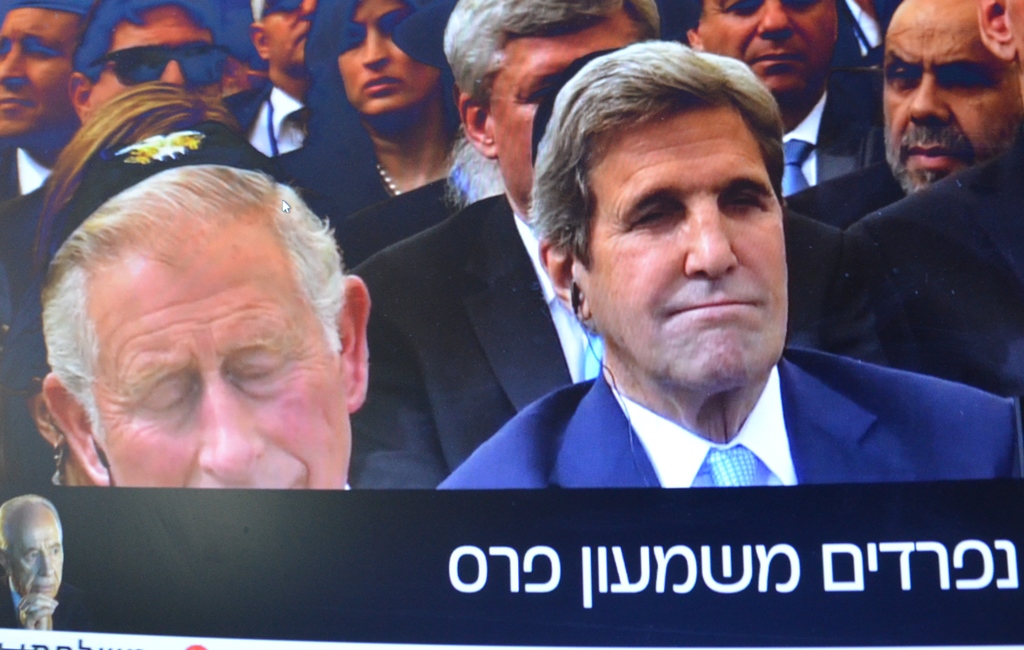 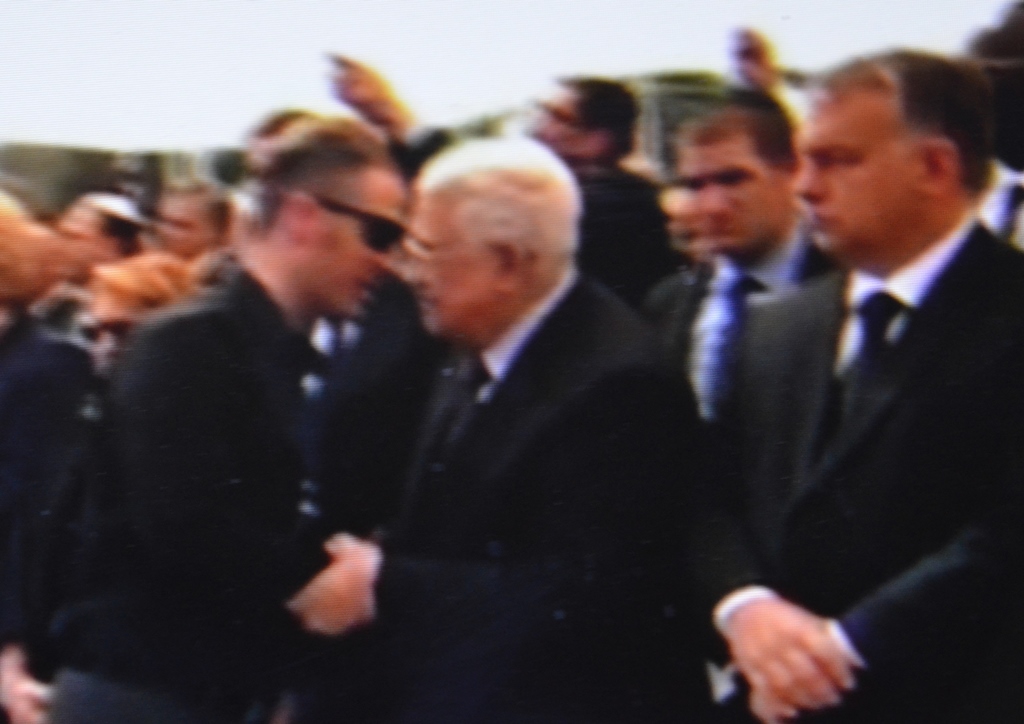 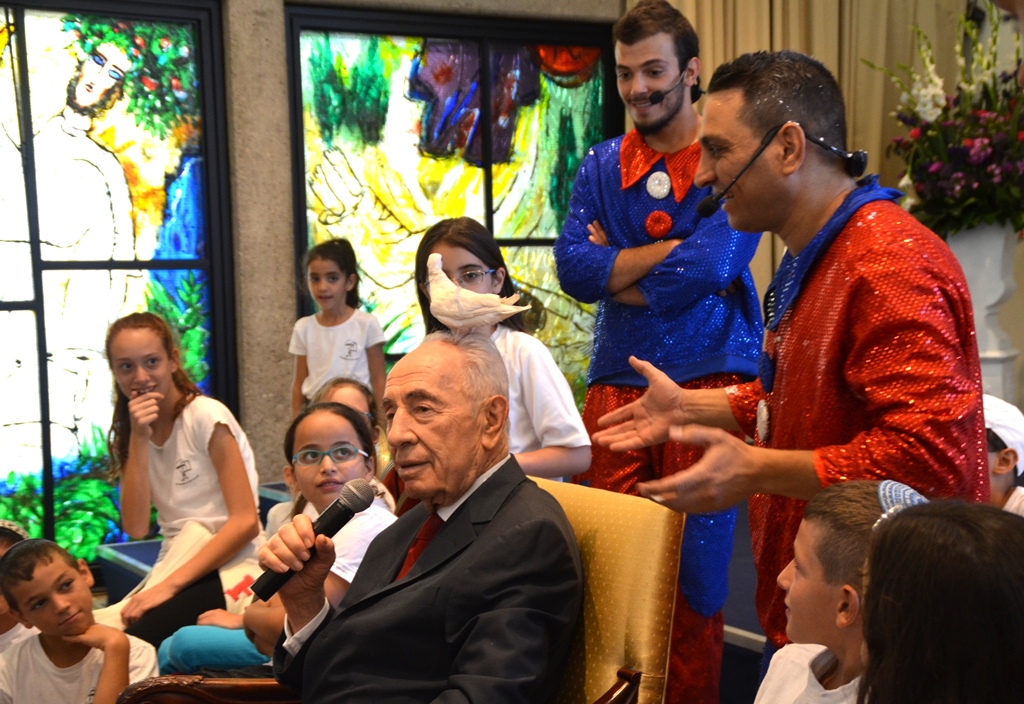 The day was sunny, clear and warm in Jerusalem, Israel.

The flowers offered a colorful  ‘Welcome to the Knesset.”

The streets outside were unusually quiet.

But inside was a different story.

With Israeli flags flying, there were three puffs of white clouds

over the Israeli Knesset building and

before his trip to Rome to see the Pope.

The seven-foot tall Gasol plays for the LA Lakers,

but also was on the Spanish Olympic team

and presented Peres with this team shirt.

Gasol signed the shirt as requested.

Though looking serious in this photo,

Shimon Peres made a few age and height jokes.

Then posed for an official photo

Diplomats were leaving as the basketball players arrived,

and when we left another event was being set up.

RJS first close-up photo of Shimon Peres was on October 2009,

greeting the public at a Sukkah open house.

Peres was in great form at the Israel Museum 50th celebration.

Receiving a photo of himself from the groundbreaking

50 years early had to be special moment.

At a conference in Jerusalem after leaving office,

Peres was talking about the human brain and its function,

and used the word “orgasm” instead of “organism.”

Any other politician would have made headlines,

only Peres could get away with such a slip-up.

Shimon Peres is in the garden of Beit Hanasi,

the last in row of nine former Presidents of Israel.

after family called to hospital.

Pope Francis is on his way to the Middle East for a quick visit.

Before his arrival in Jerusalem, Israel,

signs have been posted in English

and lots of Vatican flags.

Tens of thousands of tourists are expected,

including hundreds of journalists and photographers.

Rabbi Abraham Skorka from Argentina, is a close friend of Pope Francis

going back more than 20 years.

They co-authored a book and anchored a TV show together

Skorka was involved in planning this Papal visit

to the Holy Land from its inception,

he said every detail has been carefully examined.

The steps at Heichel Shlomo got a power wash,

in the hall where the Chief Rabbis will greet the Pope,

Special pieces from the Museum on the third floor were

brought down just for the Pope’ s Monday visit.

On Monday parking will be limited.

Streets will be closed.

Security and barriers are already up at Beit Hanasi, the President’s residence.

Preparations are so extensive that one woman told me she was already,

in preparation for the Pope,

was having a bubble bath to get clean.

I really wanted to see the Pope Mobile,

but Pope Benedict arrived in a regular limo.

Will be interesting to see what will happen this time.