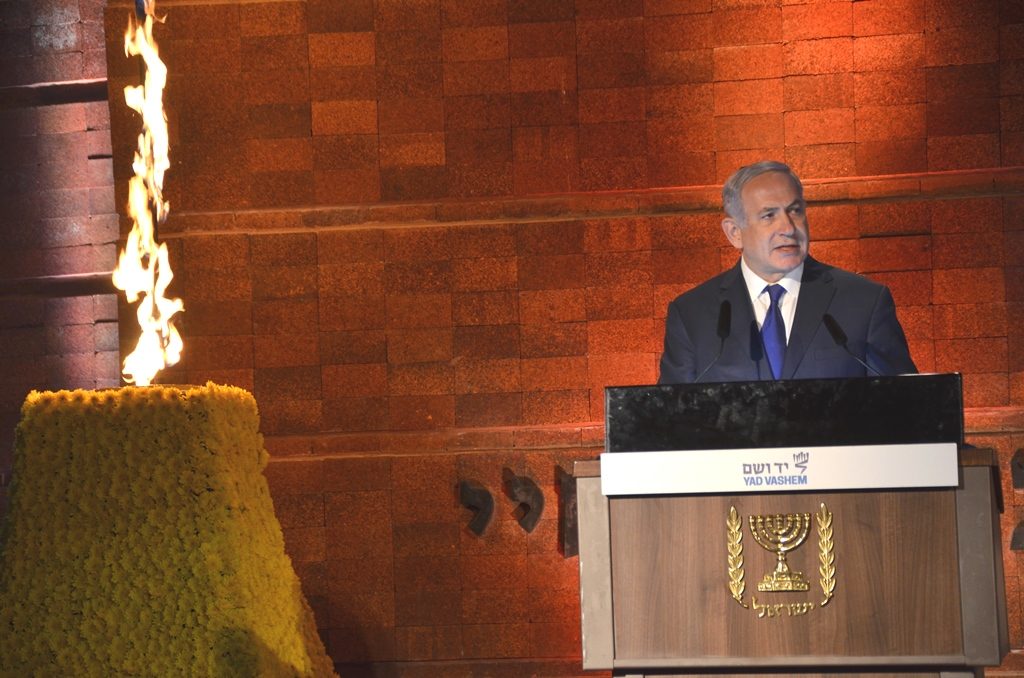 US Secretary of State John Kerry was in the Middle East

Kassam rockets were again fired from Gaza into Israel.

While a select few attended the main ceremony at Yad Vashem,

thousands watched it live on television as

“The Holocaust will not sink into the dark hole of history.

It is here with us, burning, real… 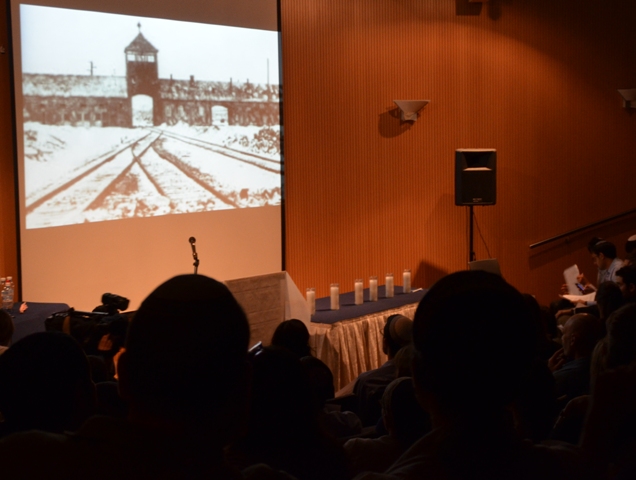 It floats like a ghost in the barracks of the camps.”

How does one choose a meaningful way to mark Yom Hashoah? 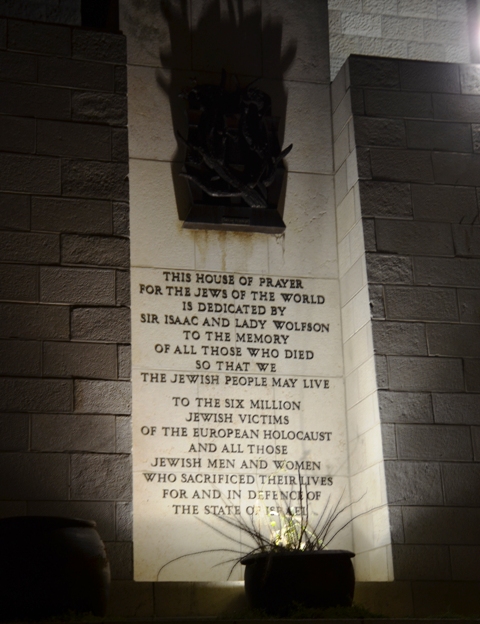 This sign on the wall outside of the Great Synagogue 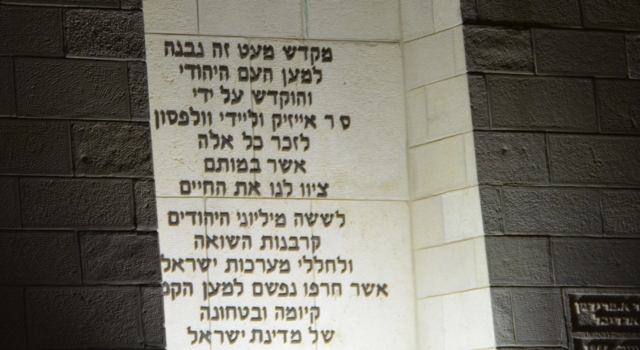 and its counterpart in Hebrew shone brightly in the dark. 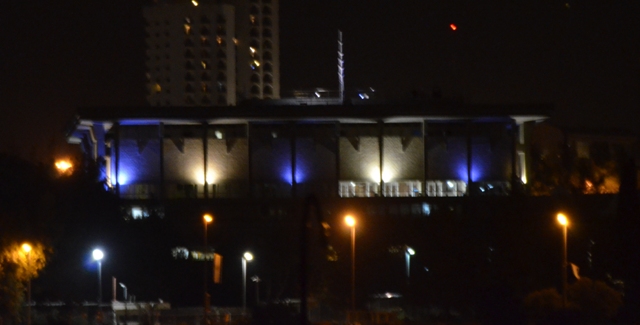 The flag on the Knesset Building was lowered.

Restaurants closed their doors and locked their gates by 8:00 pm.

Where does one go?

This year Israel Forever, Nefesh B’Nefesh and the Jerusalem Municipality 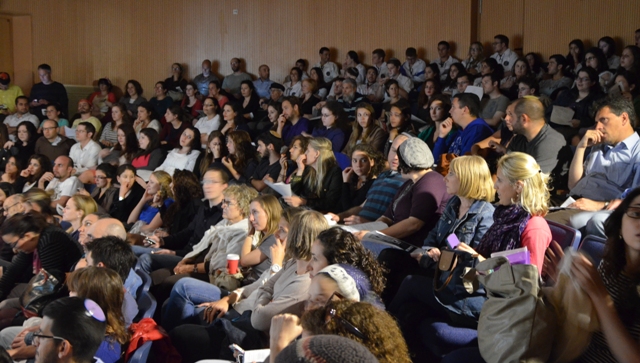 sponsored an event that attracted hundreds of young people. 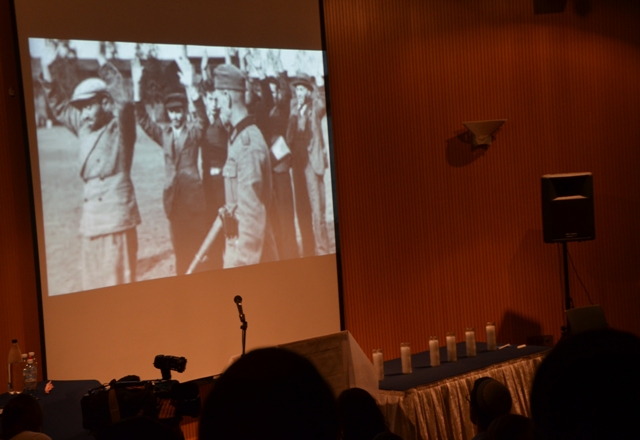 After a slide presentation and slow music, 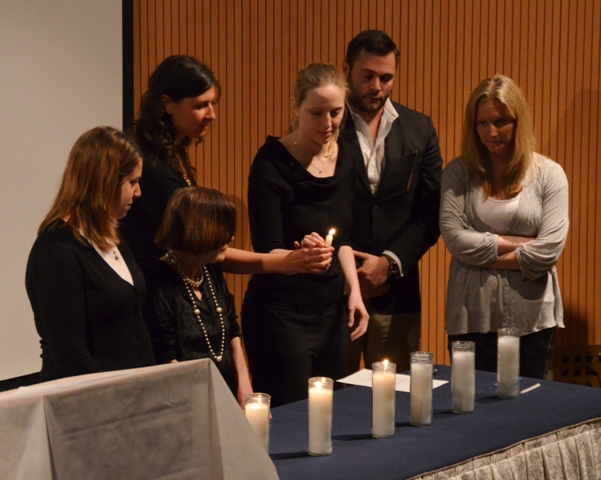 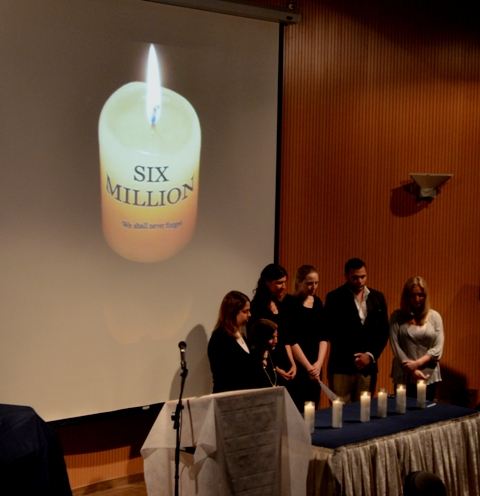 in memory of the six million who died.

Then there was a minute of silence,

slowly and silently, the overcrowded, 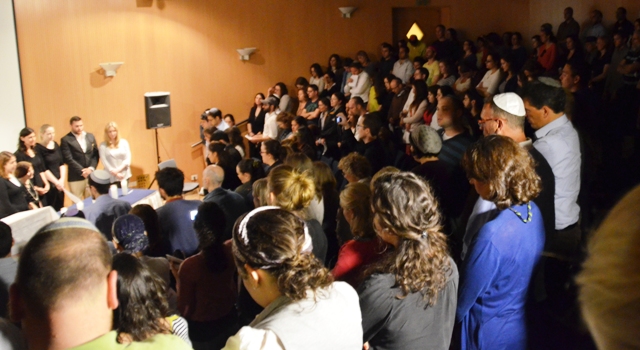 It was an impressive sight.

The room was so quiet that one could hear a pin drop.

The Facebook advert brought in hundreds of  young people 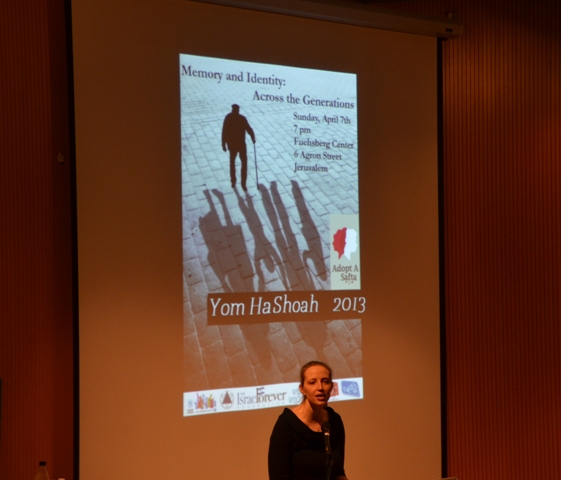 who wanted to take part in a meaningful way.

The Adopt a Safta program was then presented to the audience.

It could be an important “link” that President Peres spoke of,

a link of the generations, beneficial to all.

was a time to remember. 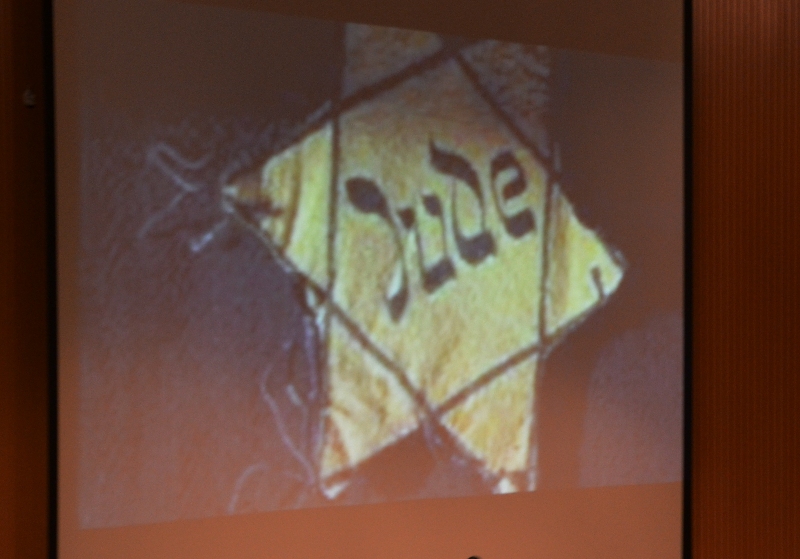