The sounds of regular rush-hour traffic fill the Jerusalem streets.

Schools are in session and students are back in their classrooms.

The holidays are over. It’s officially “After the Chagim.”

While international tourists were still few and far between, this year was a huge improvement over last year.

It is a good time to review and share some of the holiday highlights.

Jaffa Gate was open and part of a Sukkah still remained outside after Sukkot as visitors came and went in the pleasant weather.

The ‘Shana Tova! In Jerusalem’ banner was still draped over the entrance to Machane Yehuda market.

These visitors from outside Israel were still in holiday dress and mode on Wednesday, as they walked and watched the heavy traffic slowly move by.

Going to Birkat Cohanim at the Kotel, Western Wall, I saw a tall redheaded man entering by way of Jaffa Gate past the Tower of David.

What are the odds that I would see him leaving later?

Every year more women are seen carrying the lulav for Sukkot.

Our sukkah is packed away now. Those nice greens have wilted away, but all was ready in time for the holiday celebrations.

The holidays are over, but some of the annual receptions resumed.

There was a full house for the annual Diplomat Rosh Hashanah reception at Beit Hanasi to start off the holiday season.

President Isaac Herzog and his wife Michal personally greeted the Ambassadors to Israel at the President’s Residence.

Last year, President Reuven Rivlin was only able to host an online event and for most of the past year, visitors to the President’s Residence were limited.

Diplomats lined up for an introduction and photo op with the President.

September began with six new Ambassadors presenting their credentials. A highlight was the arrival of the first Ambassador from Bahrain.

The orange juice was specially prepared for his toast, as he would not be having the usual white wine.

The Israeli President hosted a musical selihot event before Yom Kippur outside in the garden, not in the synagogue, and it was broadcast live.

Sanitation workers in the Jerusalem municipality emptied 12,000 tons of garbage throughout the city from the eve of September 20 until Wednesday morning, September 29.

They were out cleaning the streets as soon as the holidays were over, but the peak in garbage removal in Jerusalem was recorded after Rosh Hashanah when more than 3,000 tons of garbage were emptied in one day.

The Jerusalem Municipality estimates that hundreds of thousands of people visited and spent time at the religious, cultural, and tourist sites of Jerusalem, and toured the city’s landscapes during the Sukkot holidays.

The large Birkat Cohanim, Priestly Blessing, was held twice to accommodate more people in a less crowded manner. The big sukkah in the back of the plaza was busy, but the crowd on the first day was indeed a fraction of regular years. I was pleased to get this view from a restricted area.

I spotted a man standing near the Kotel with the tallest lulav of the year.

While thousands visited the Kotel and the main religious sites, many more visited the tourist sites in the Old City, including the Tower of David Museum, the Promenade Walls, the sites of the Jewish Quarter, and the City of David.

The main attraction after the Old City was the Mayor’s Sukkah in Safra Square which was visited by tens of thousands of people during the days of Sukkot.

Beit Hanasi did not have an open sukkah this year, but high above the Jerusalem streets, sukkot were built:

a simple sukkah on a small porch,

and a more elaborate sukkah here to accommodate many more people.

I almost missed this sukkah,

but this white fabric walled sukkah placed in a large Jerusalem public park area stood alone and was a standout this year.

Even with limited tourists, some of the Waldorf Residences had sukkot.

And music filled the Jerusalem streets, with Klezmer performances,

the band for a ‘Heroines of the Palmach’ festival,

a lone musician at Zion Square,

and colorful entertainment and crowds on Ben Yehudah Street.

Plus, there were more Simhot Beit HaShoeva than I could count.

Wandering the Jerusalem streets, I never found these friends home. However, we did see some old friends, but sorry, no Shabbat camera.

On Sukkot, you could hear the voices of outdoor prayers from the Jerusalem street minyanim and the synagogues.

Mamilla Mall was busy for the holidays, and these friends appreciated the artwork displayed here.

As soon as the holiday was over, in Mamilla Mall the sukkot were taken down, and being stored for next year.

The giant sukkah in Kikar Safra was gone as soon as the holidays were over. New signs were posted, announcing plans for the much-postponed 10th Jerusalem Marathon.

It is to run on Friday, October 29th is just before the clocks change and it gets dark early.

Still not enough Sukkot photos? You can find more – HERE

The New Year signs were still up near Sacher Park.

It’s still appropriate to wish a good year in good health to all.

Hope to see you all again on the Jerusalem streets.

In the fall holiday season,

The signs of the season are everywhere, but here are 10 of my favorites.

1. It seems almost everywhere one can see 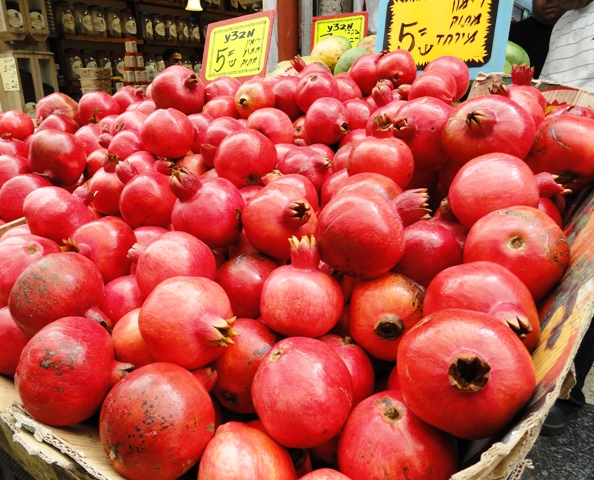 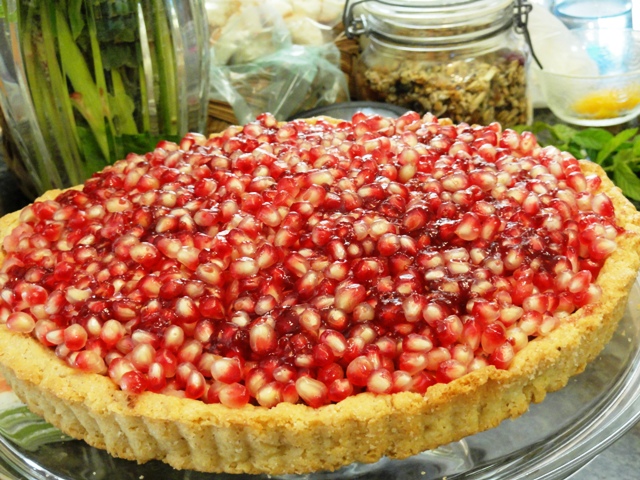 the seeds can be eaten plain or in my favorite – a chocolate-almond tart. 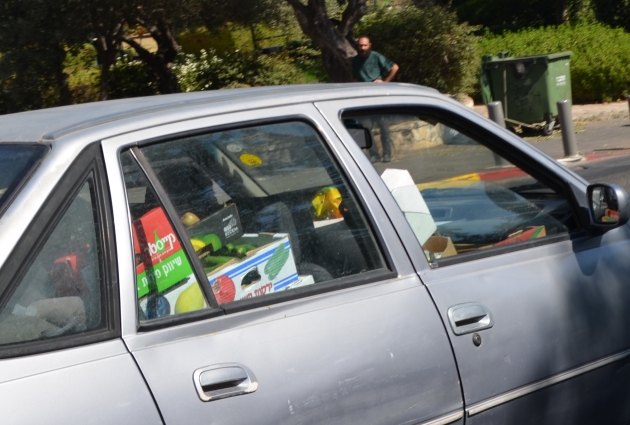 2. Cars are loaded with food, as there are many meals to prepare. 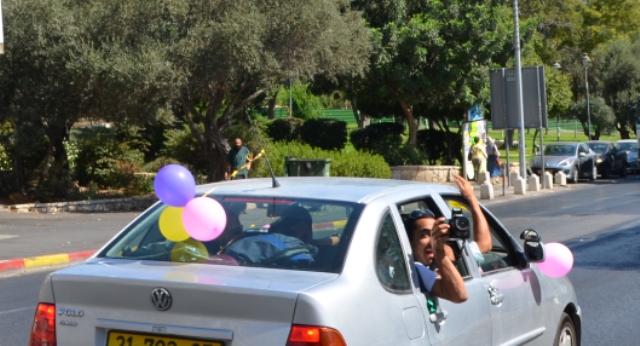 3. Cars decorated before a wedding are common sights.

With all he holidays, the days for weddings are limited, but not the

enthusiasm of these young  men driving to the Kotel, the Western Wall. 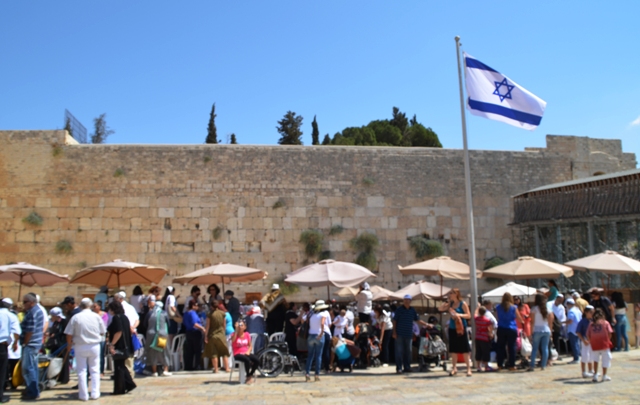 4. Crowds of tourists mingle with bar mitzvah celebrants at the Kotel. 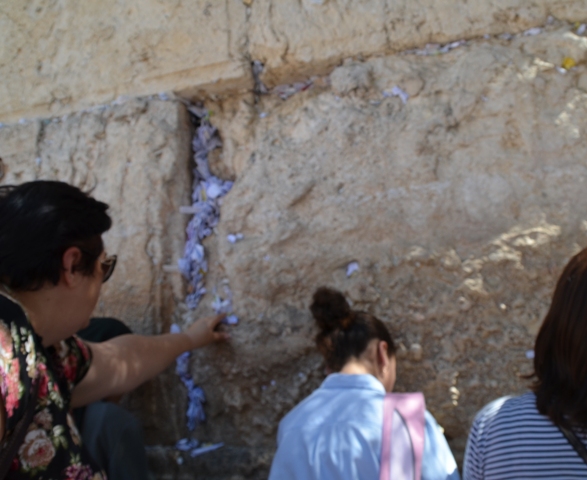 5. It is hard to find a spot to place a note this time of year, 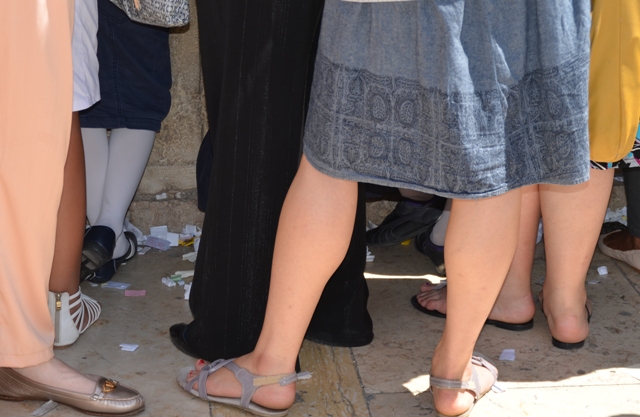 where they are overflowing before being cleaned out. 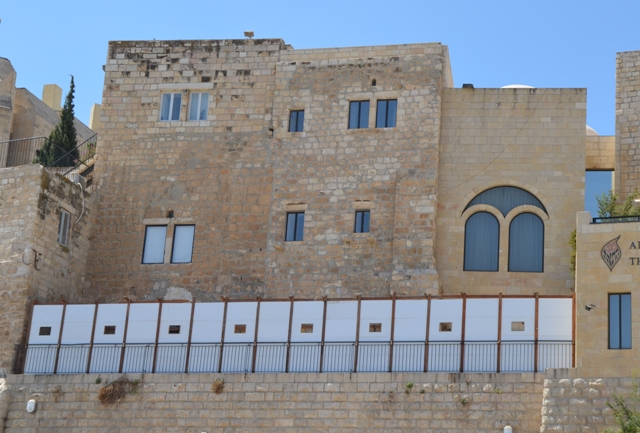 even in the fanciest of neighborhoods, as plain wood sukkot fill balconies.

‘Tis the season to get in shape. 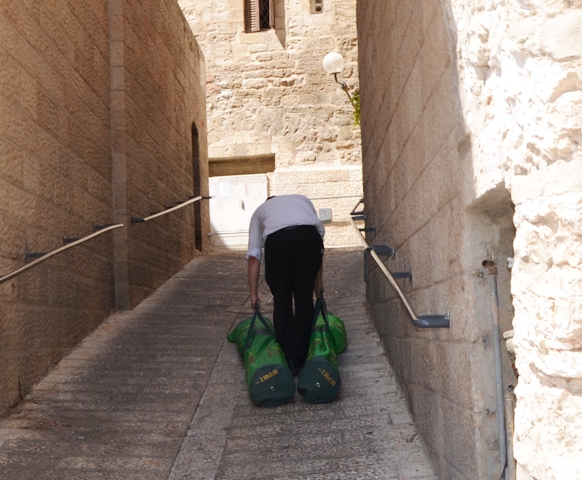 7. This man was spotted trying to carry two heavy bags,

each containing long bamboo poles to top a sukkah. 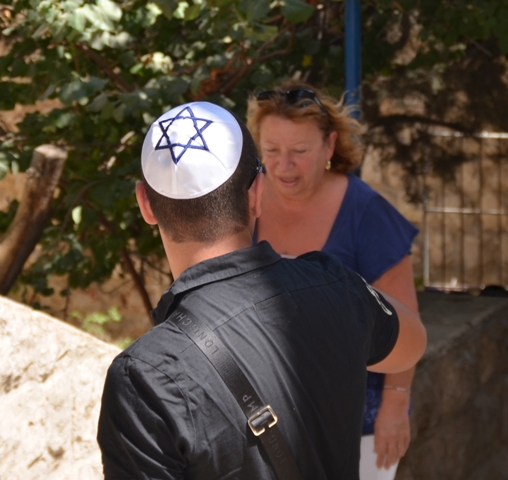 8. White is the color of choice for Yom Kippur – this kippah a new favorite. 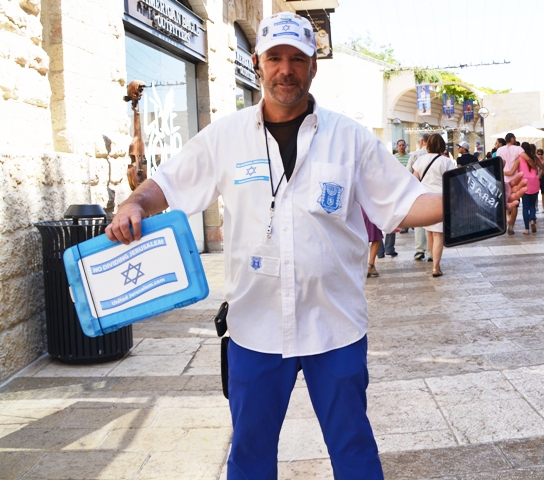 9. The United Jerusalem guy is back in Mamilla Mall with a new shirt. 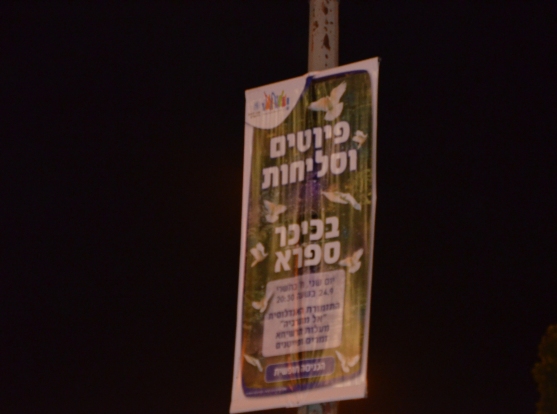 in Kikar Safra, Safra Square.  Where else

and in the courtyard of City Hall?

The country will come to a standstill as public transportation

and all traffic stops on Yom Kippur, 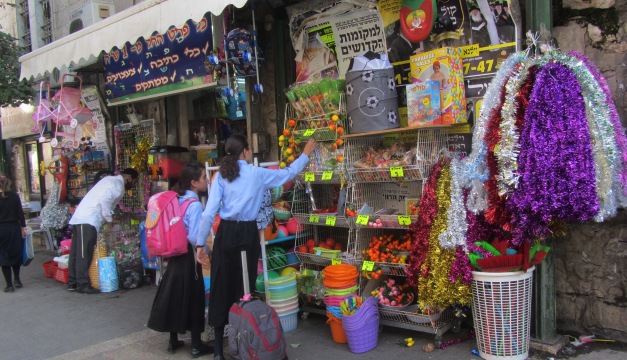 but the decorations for Sukkot

have been out on the Jerusalem, Israel streets for weeks.

As soon as break-the-fast meal is over, the sound of hammers will be heard

and it’s time to get ready for the Sukkot holiday week.

May all be sealed for a good year.