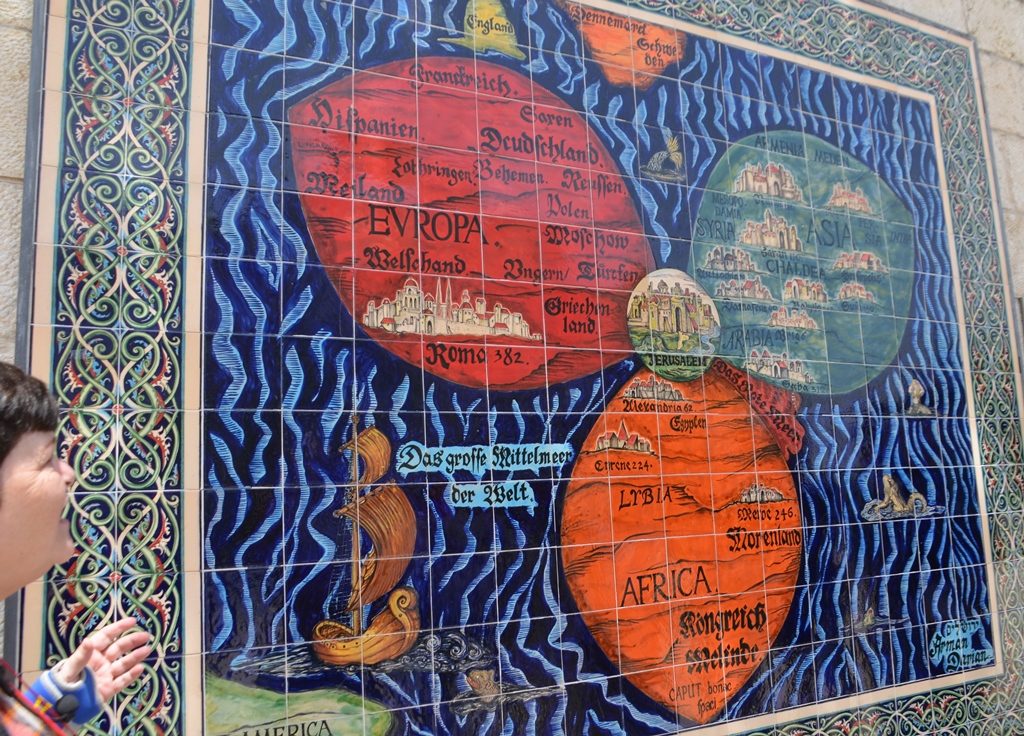 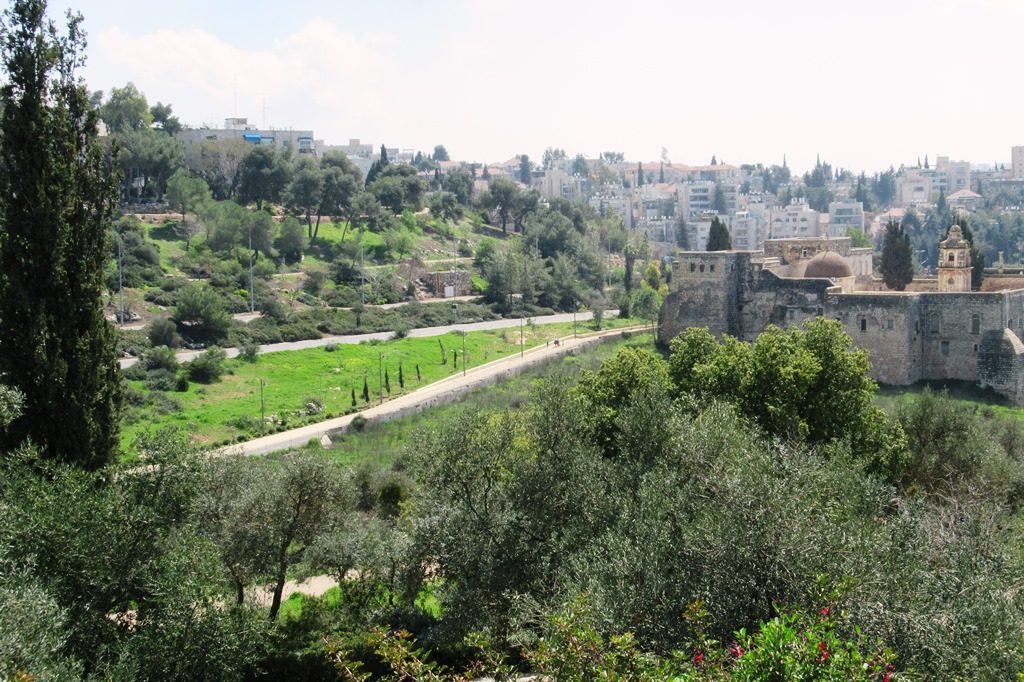 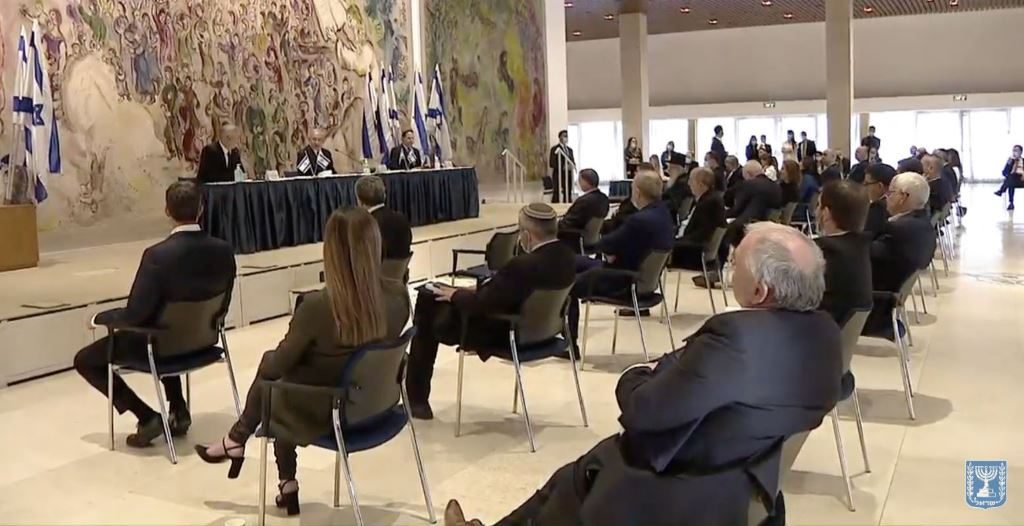 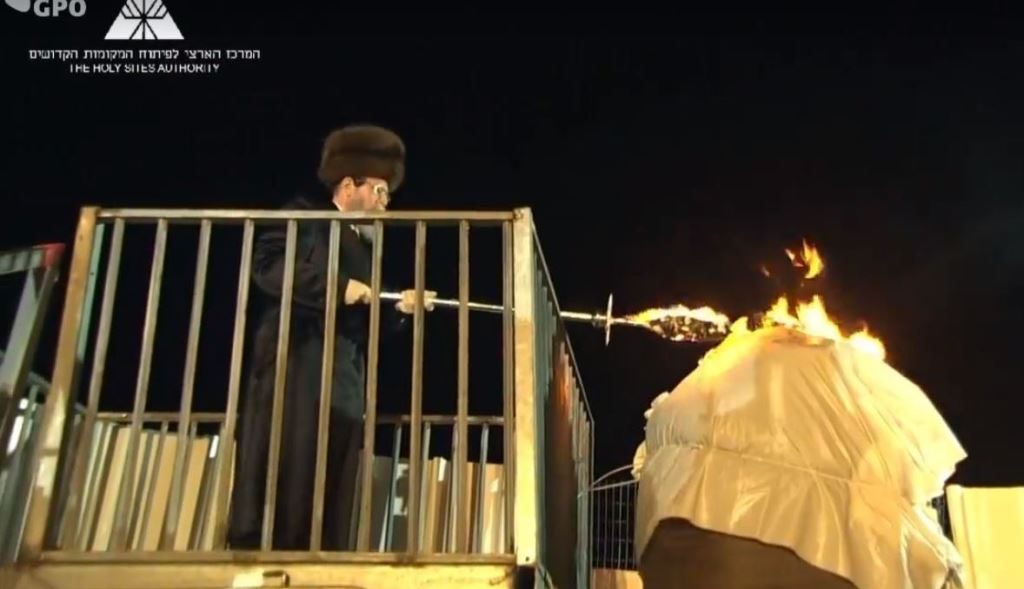 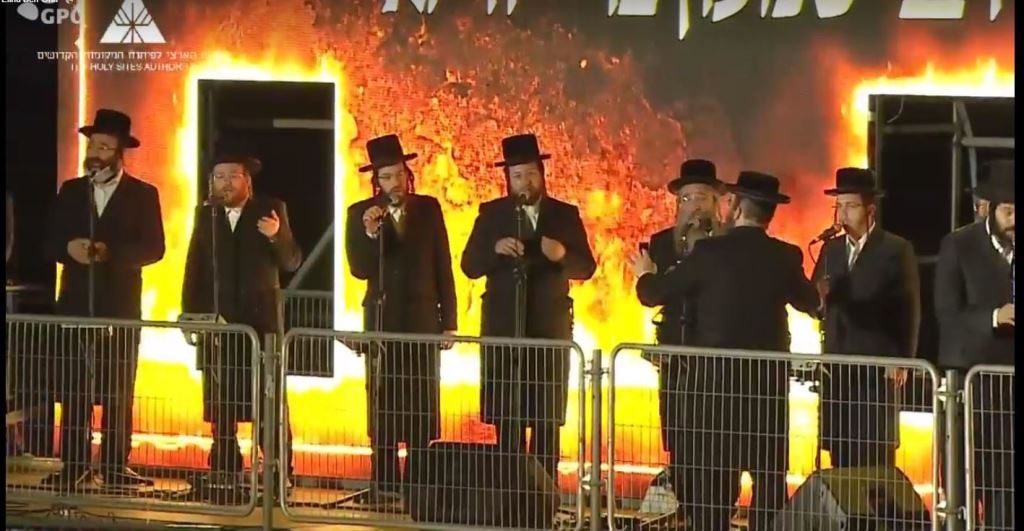 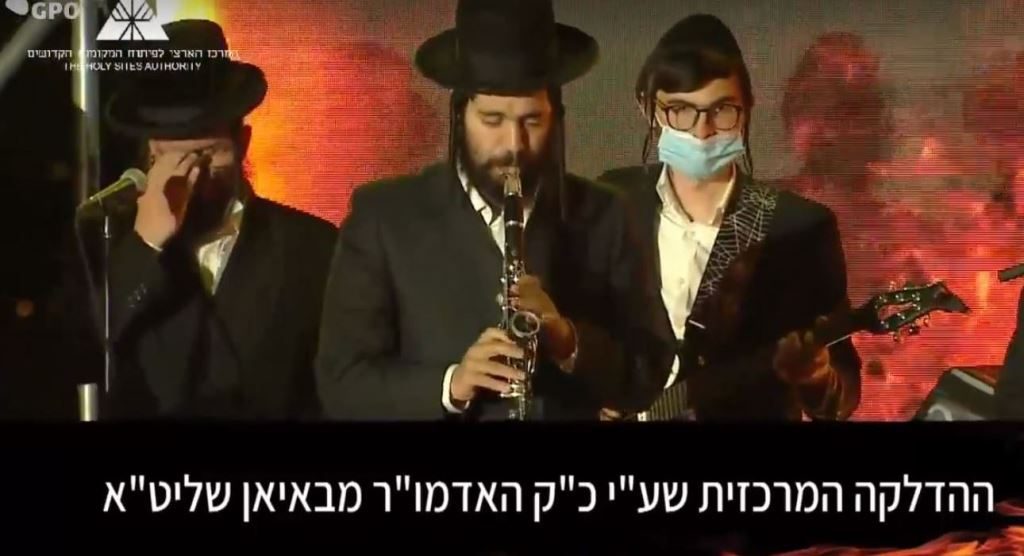 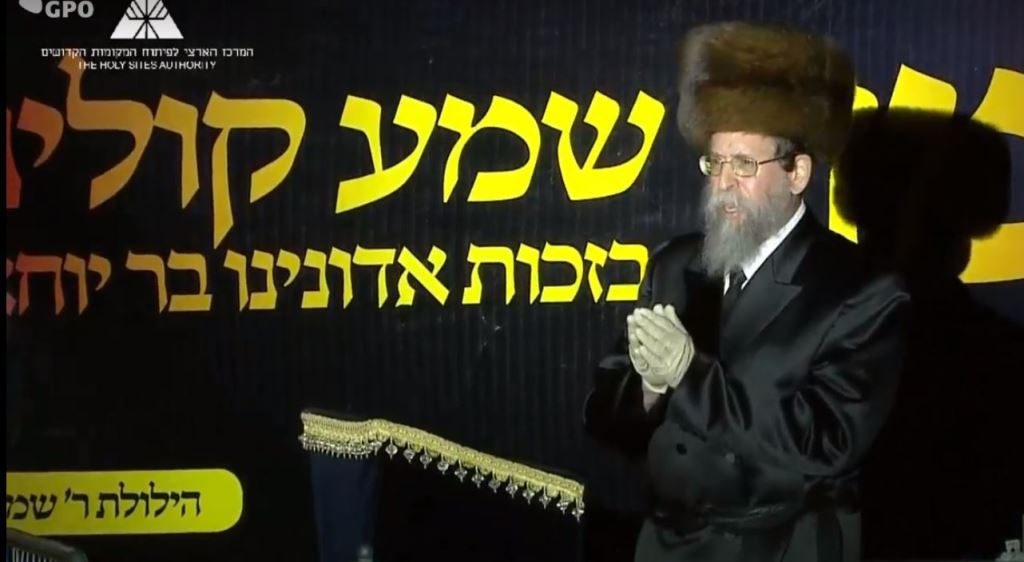 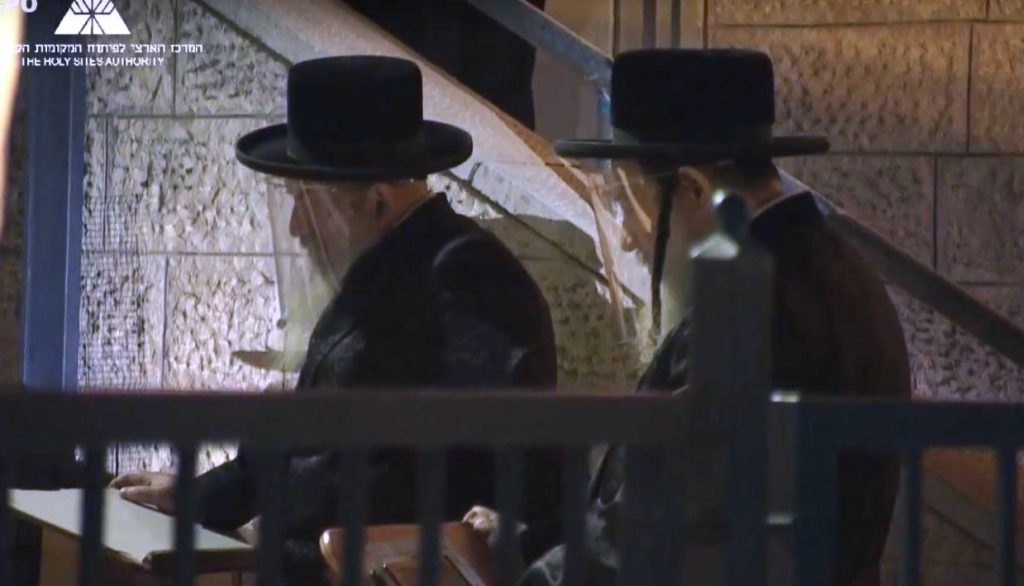 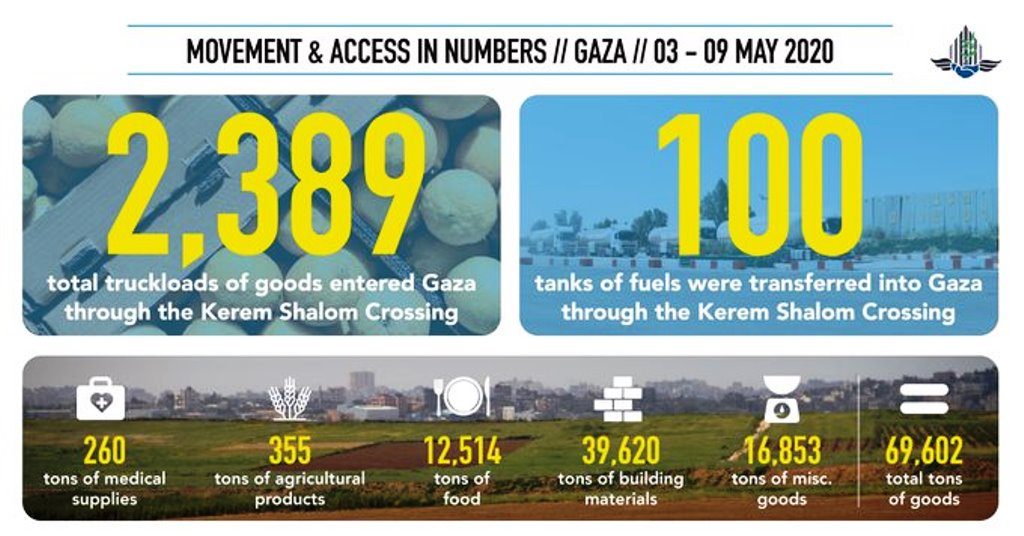 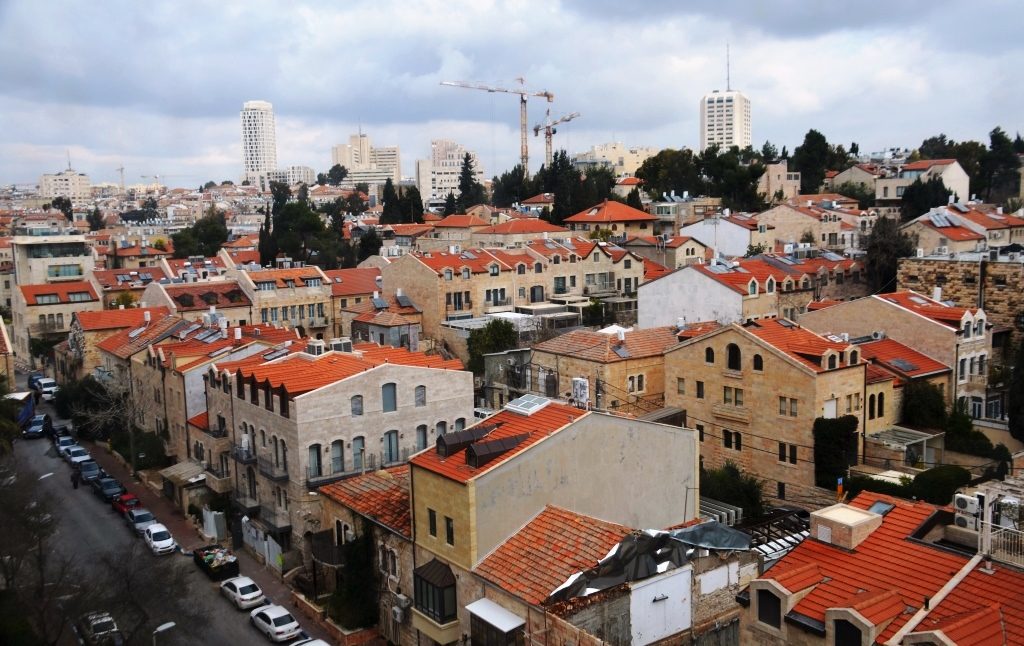 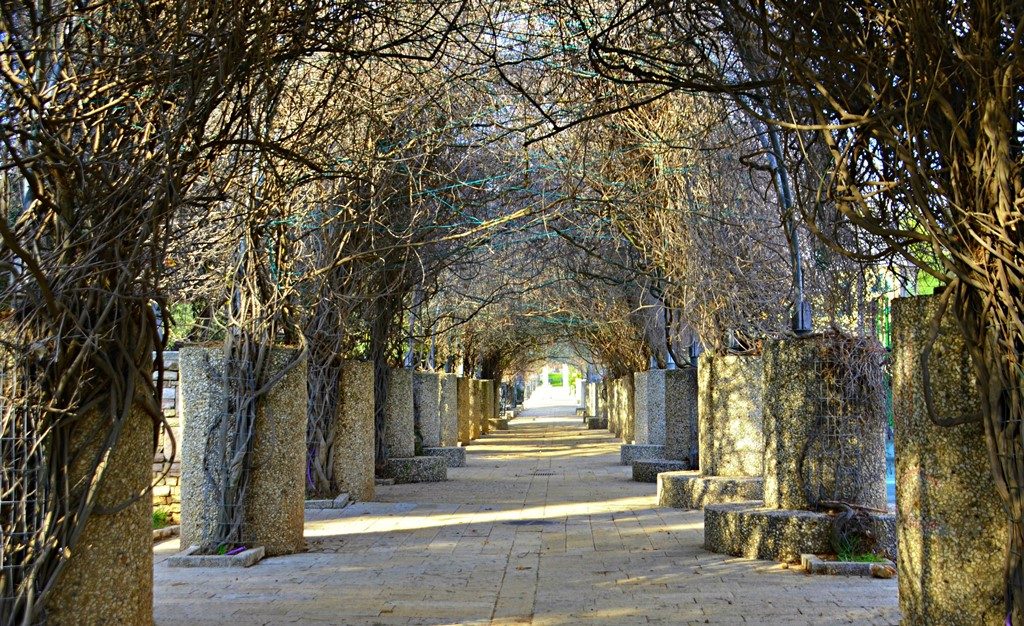 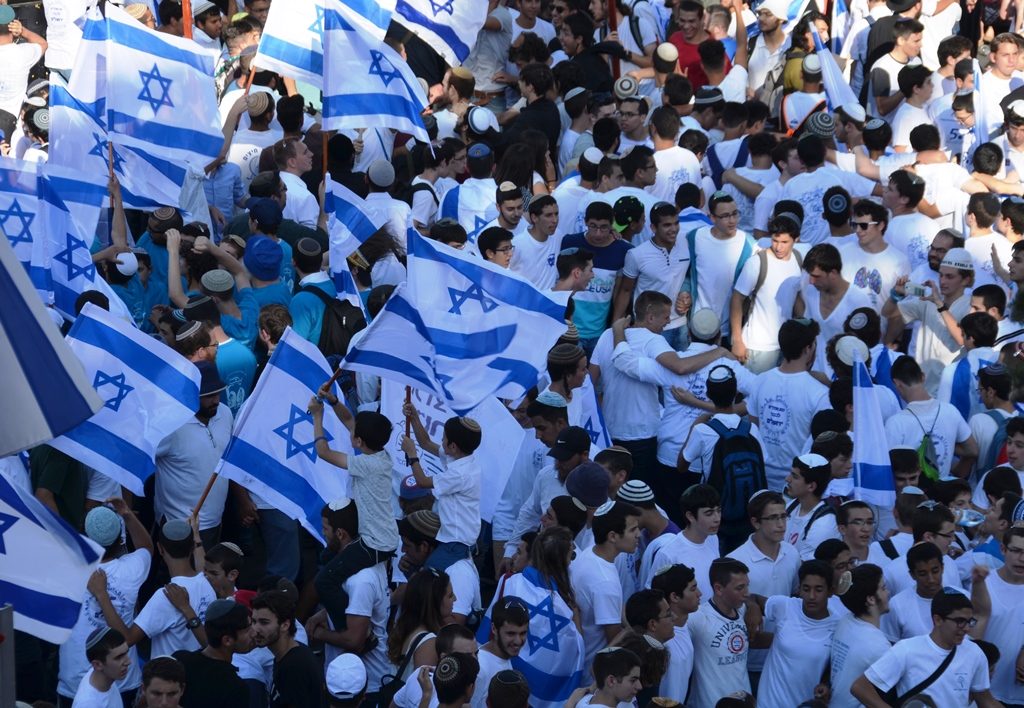 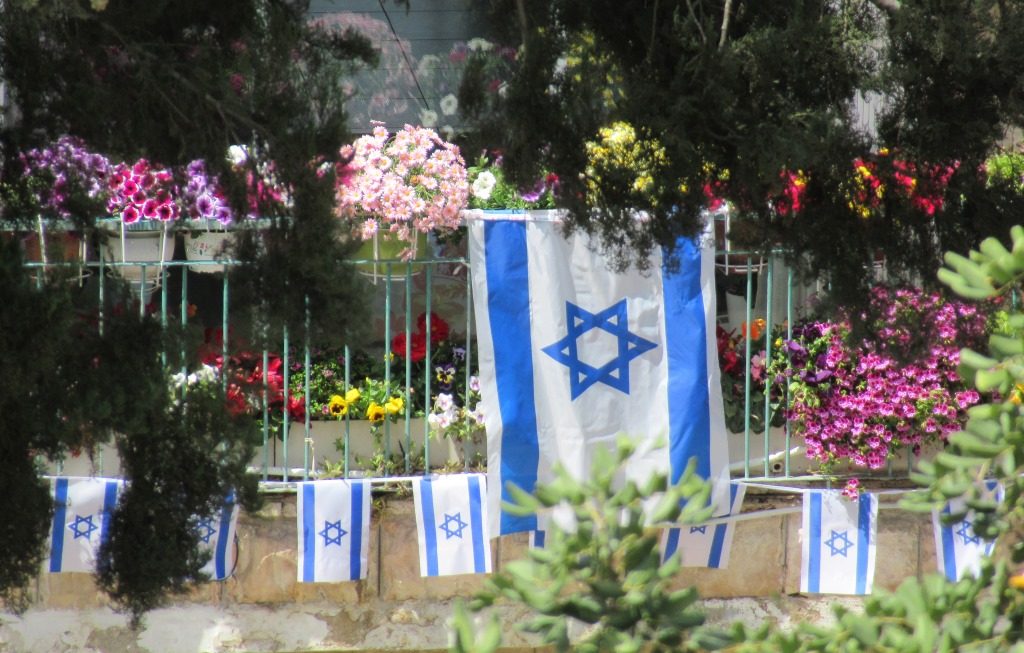 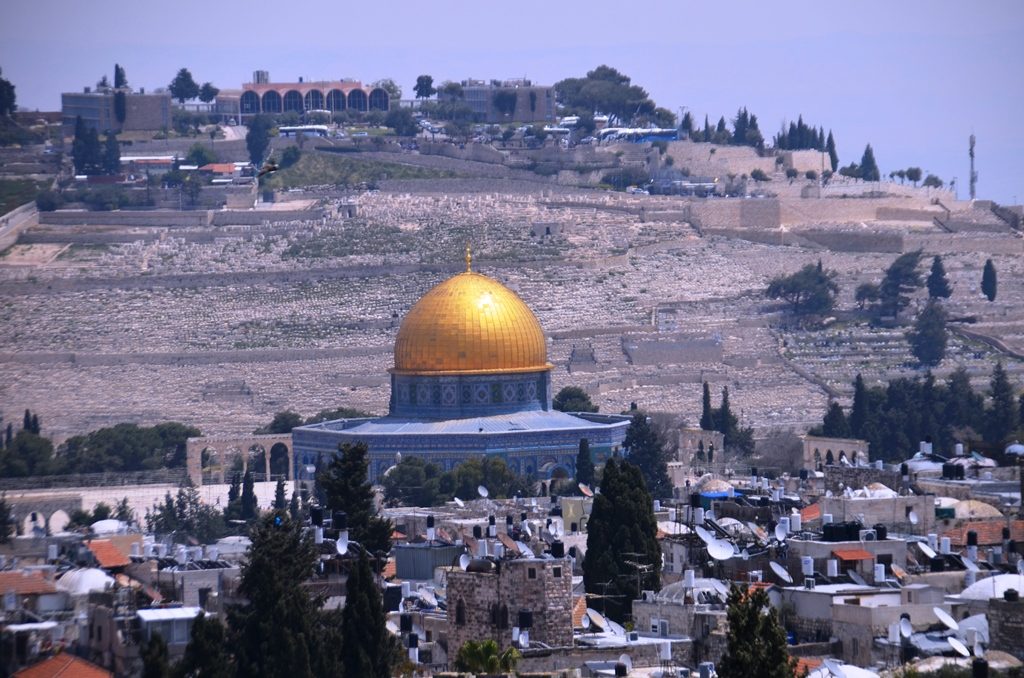 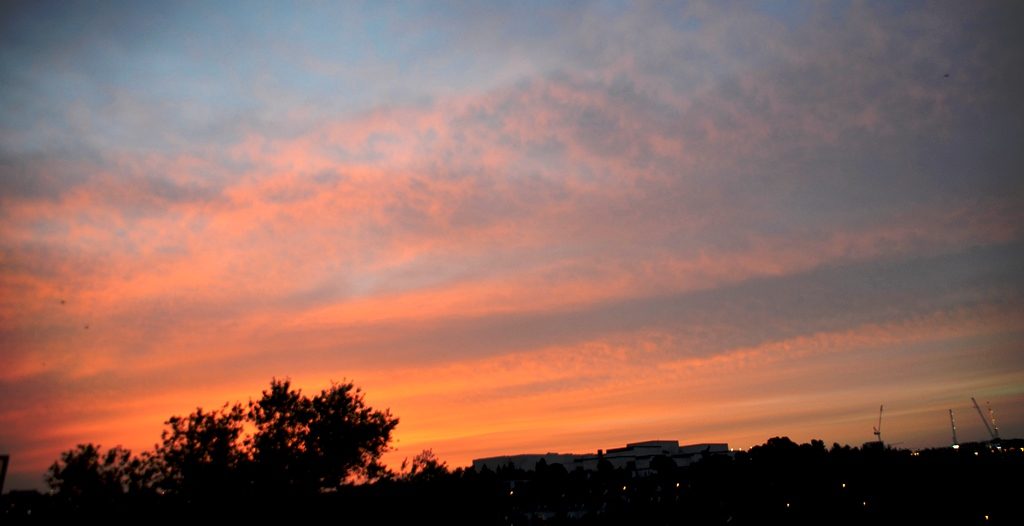 Lag B’Omer in Jerusalem, Israel, is not my favorite holiday.

I prefer to close my windows and hide inside,

but I ventured out to see what was happening,

and here are my favorite sights:

1. Wood of all kinds is collected and burned, but a baby crib?

2. One fire shows why wooden pallets are popular.

3. The Jerusalem Theater in the background

4. There were many, many fires in that park.

First Station, on the other hand, was not the place to be

on Lag B’Omer night as most of it was closed.

Many people stayed out all night around the fires,

but during the day with no school,

children needed something to do.

5. Attentive faces and face painting at

7. Musicians  under a tree attracted an afternoon crowd.

I would have stayed longer to listen,

but I had to head home for dinner.

8. This walking/biking path in the Valley of the Cross

had huge boulders to keep vehicles away,

yet people would move them and drive towards Gan Sacher.

Now one simple bollard does the job.

As I was marveling at the cleverness of that improvement,

I saw a man in an underpass taking advantage of the echo.

9. He was playing an Israeli didgeridoo.

The instrument was first crafted by Aborigines

from branches hollowed out by termites,

its sound has been improved using Israeli technology.

They are used at a corroboree,

around a campfire at night with singing and dancing.

What a way to end a Jewish holiday associated with

You never know what you will find

on the Jerusalem, Israel streets! 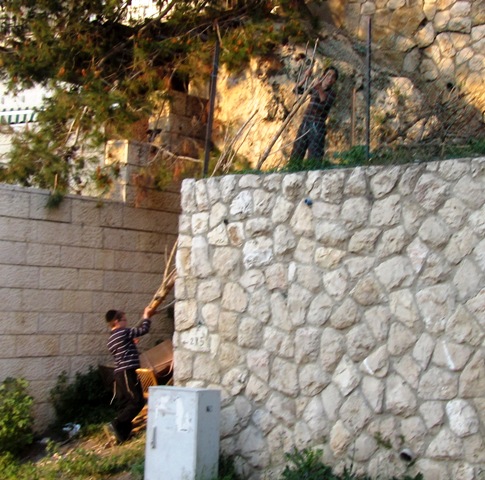 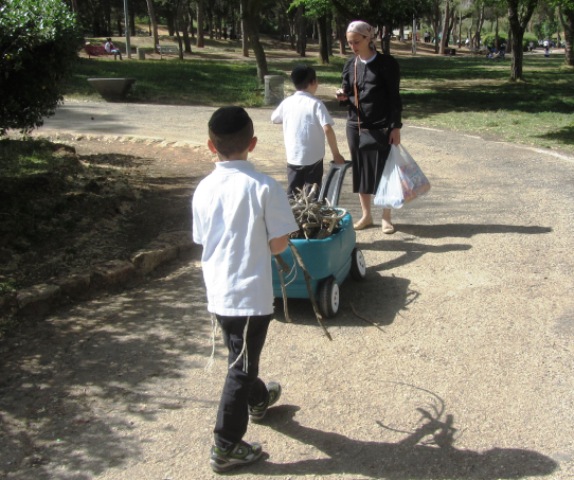 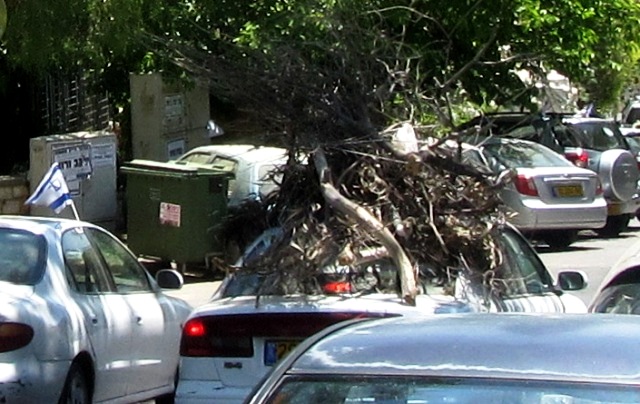 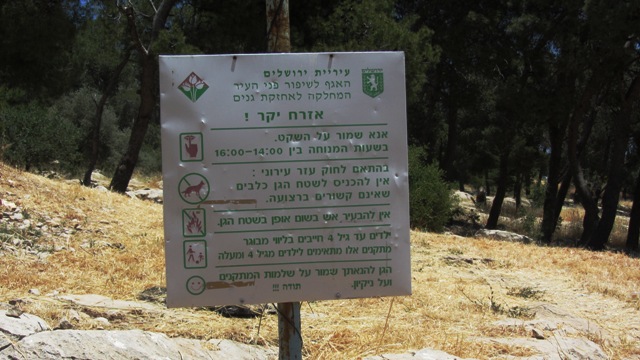 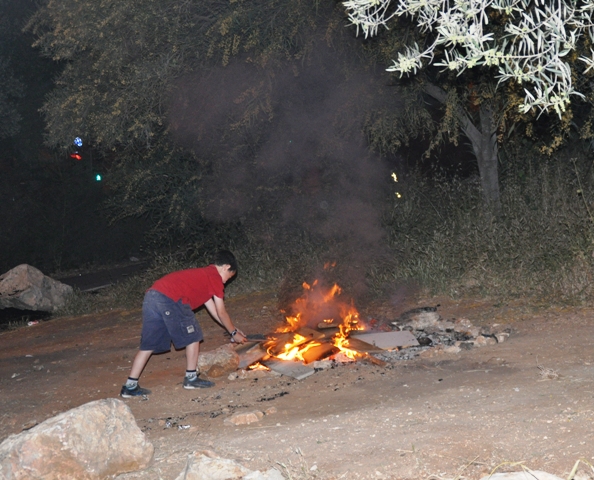 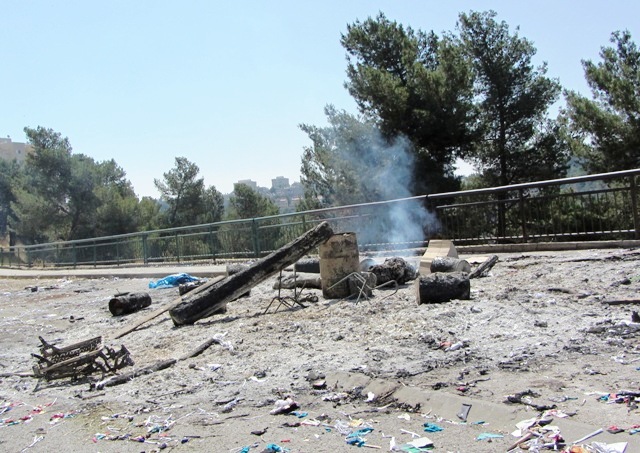 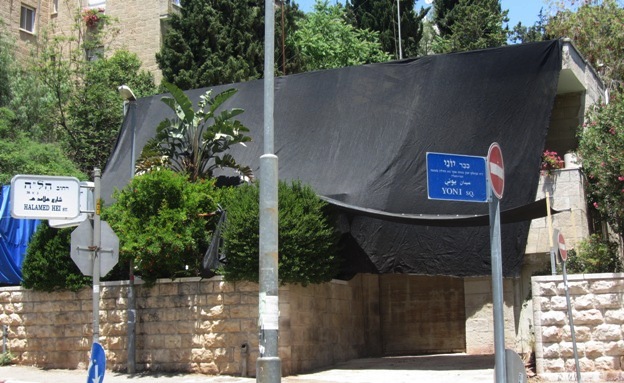 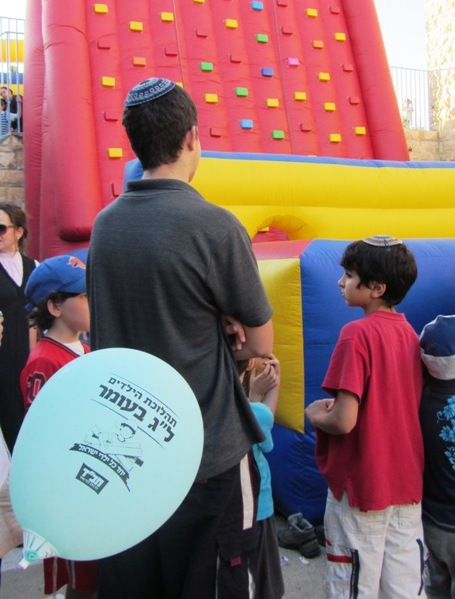