tens of thousands flock to the Old City,

and to the Kotel, the Western Wall,

The sounds of piyutim could also be heard coming

from the Israel Museum and the plaza at Kikar Safra.

In recent years a growing number of people,

such as Sha’arei Hesed and Nahlaot,

come on organized tours to see and hear. 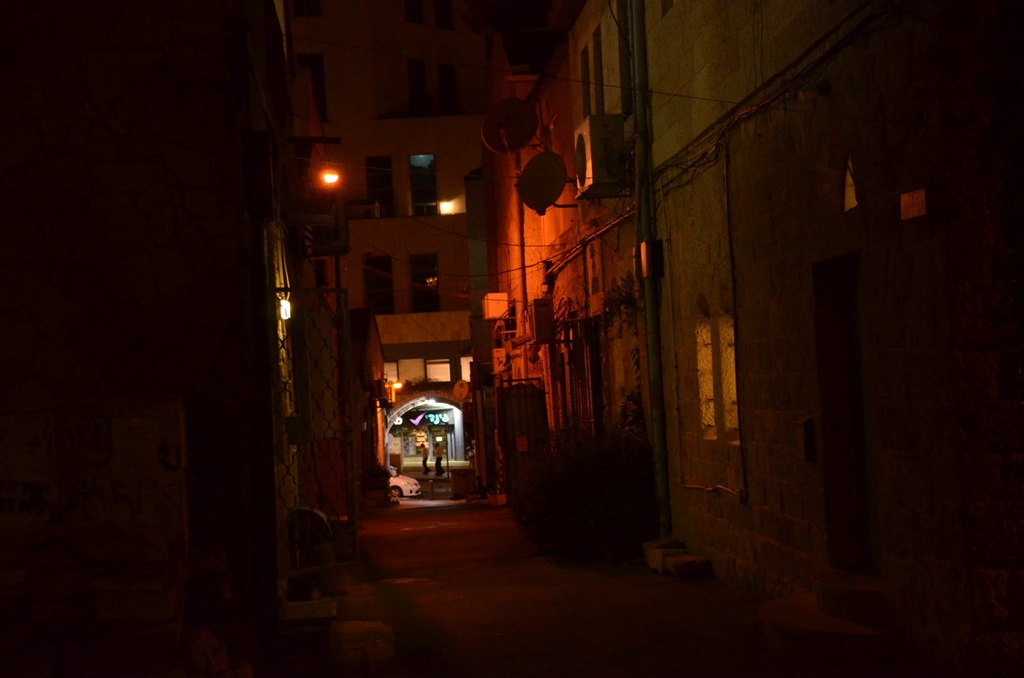 Some alleyways were dark and quiet, 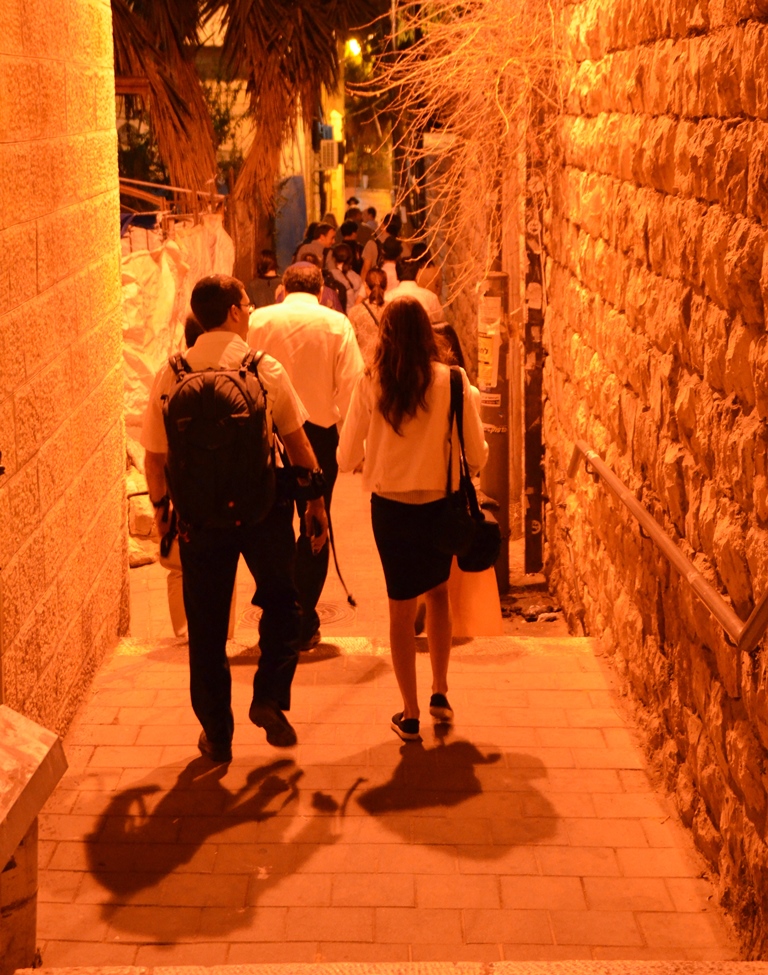 while many others were filled with tour groups, 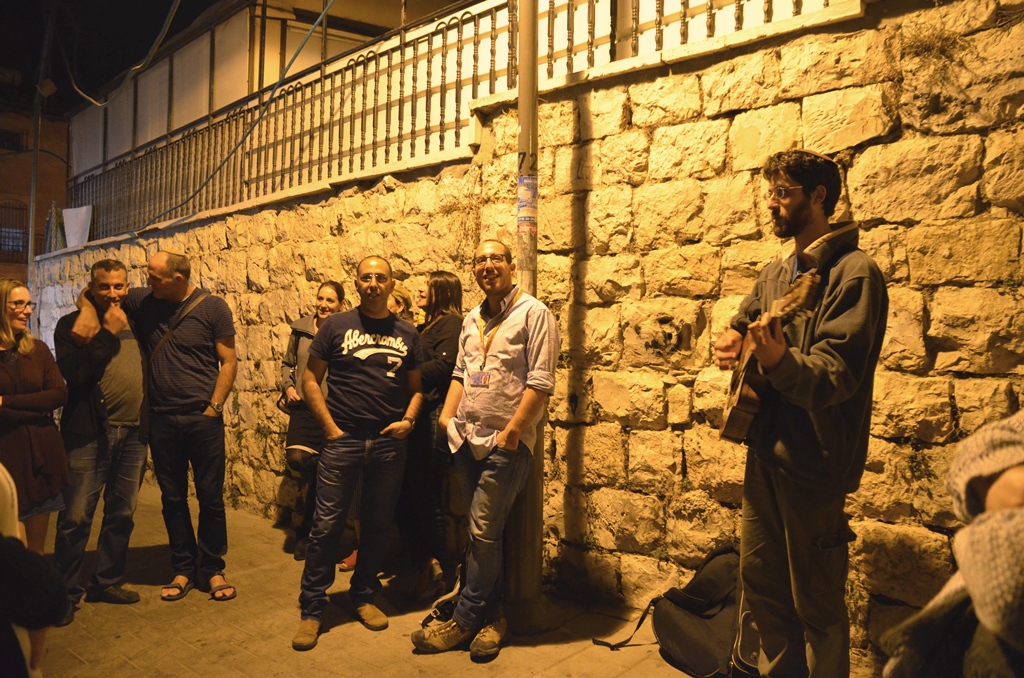 some with professional guides and musicians,

and students of all ages. 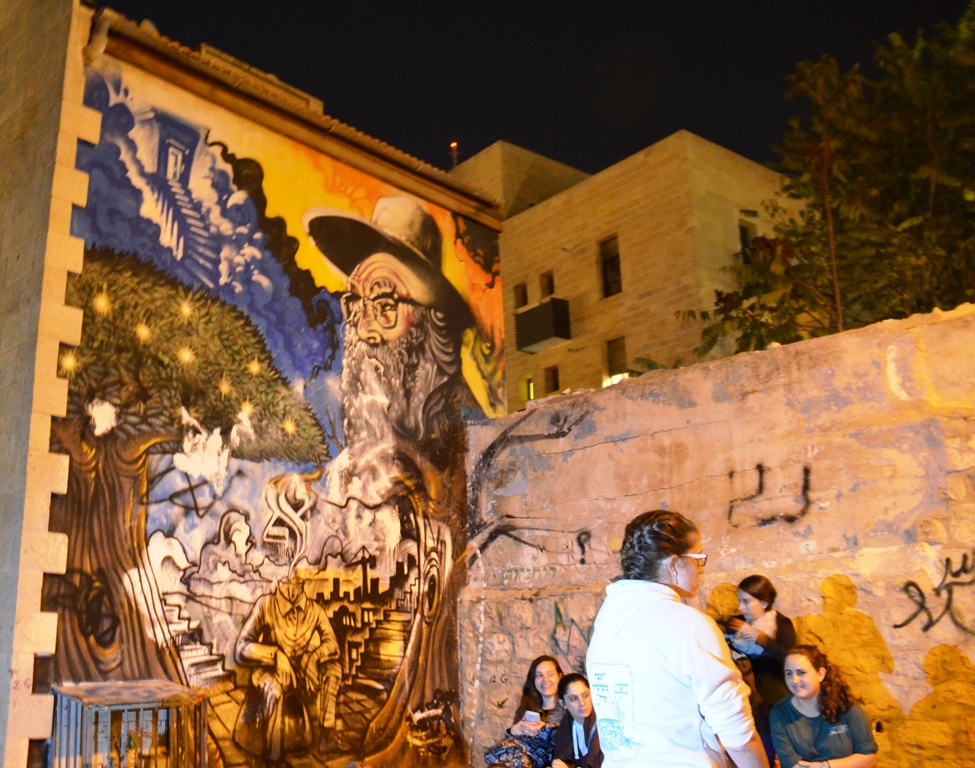 were more popular, like this one with its striking wall art.

Often another group was waiting,

so it was time to move along. 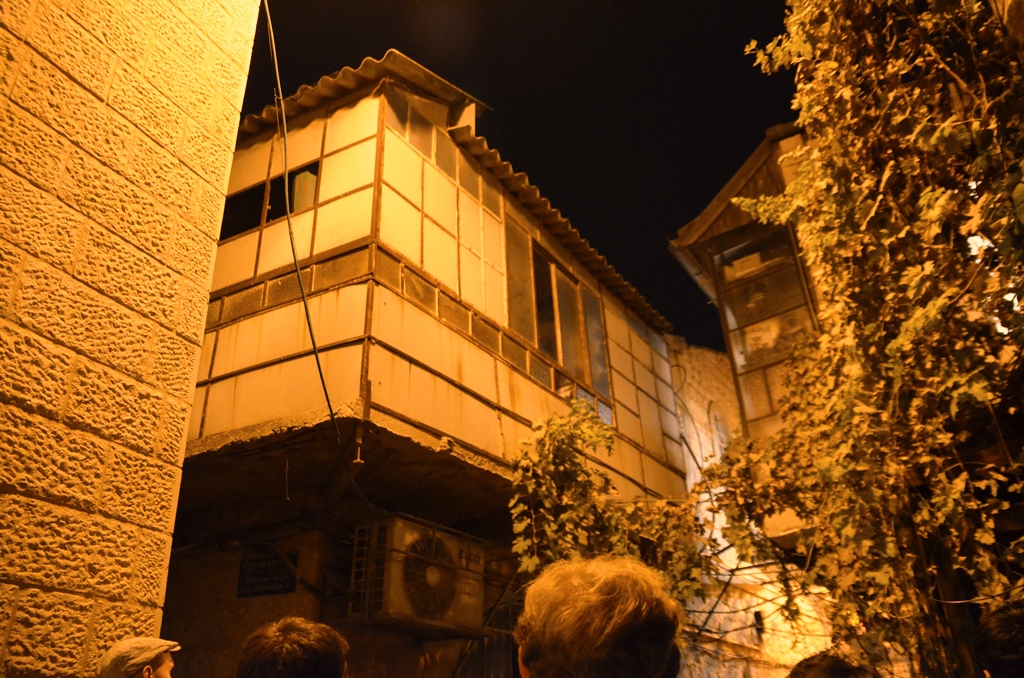 by the house of Rabbi Aryeh Levin z”l,

and is remembered for his many acts of kindness,

visiting and caring for Jewish prisoners and the sick.

Our group went past a busy restaurant, 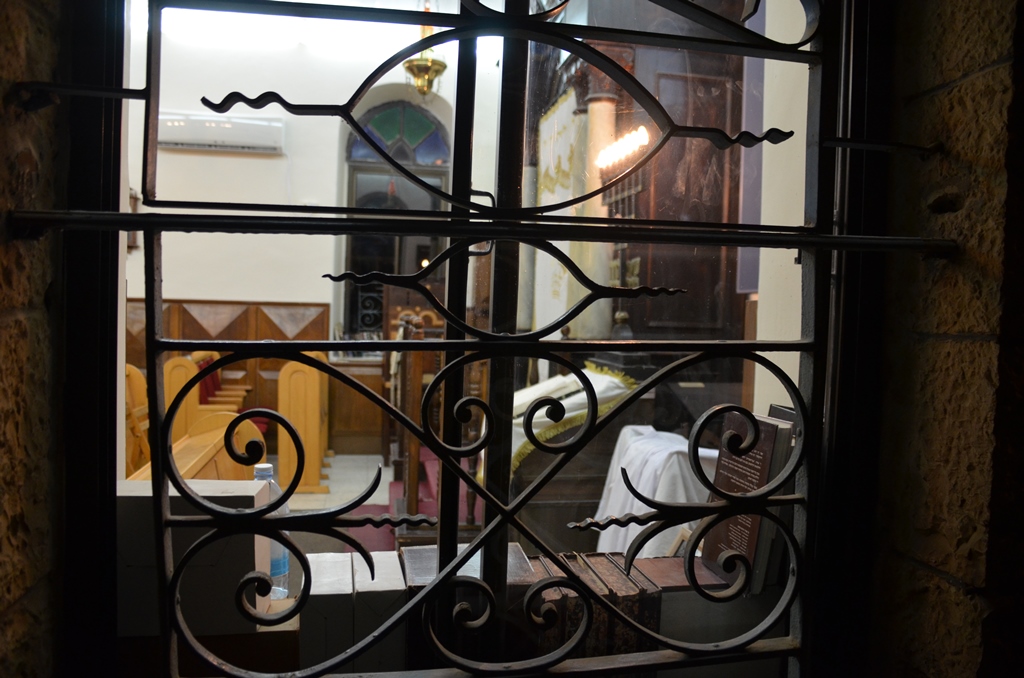 and up the stairs to see the synagogue of Rav Levin z”l,

the Unity of Israel. 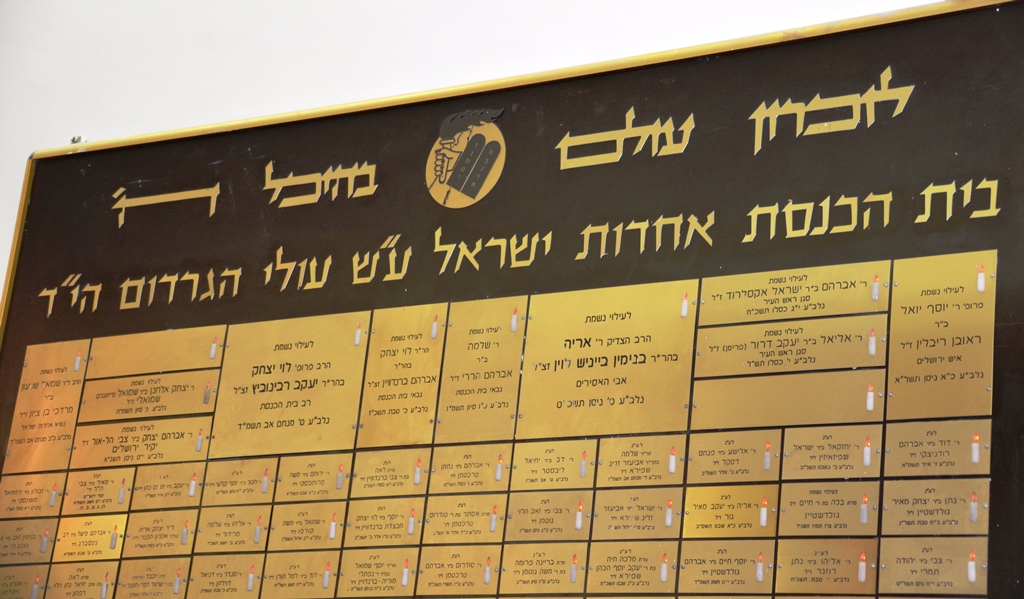 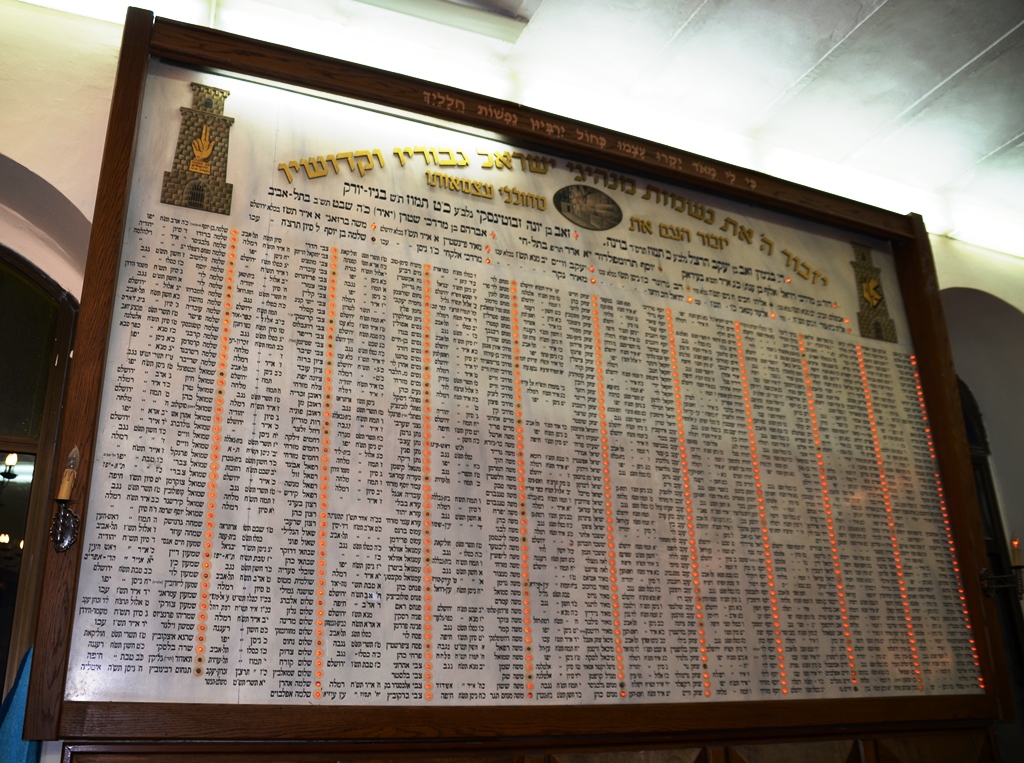 for Jews who perished in War of Independence in 1948, 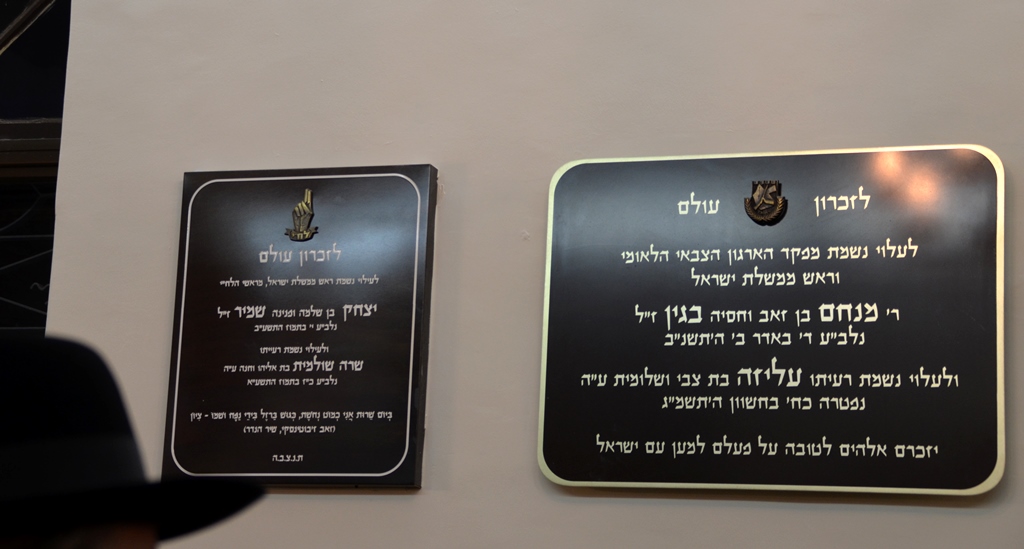 and for former Israeli Presidents 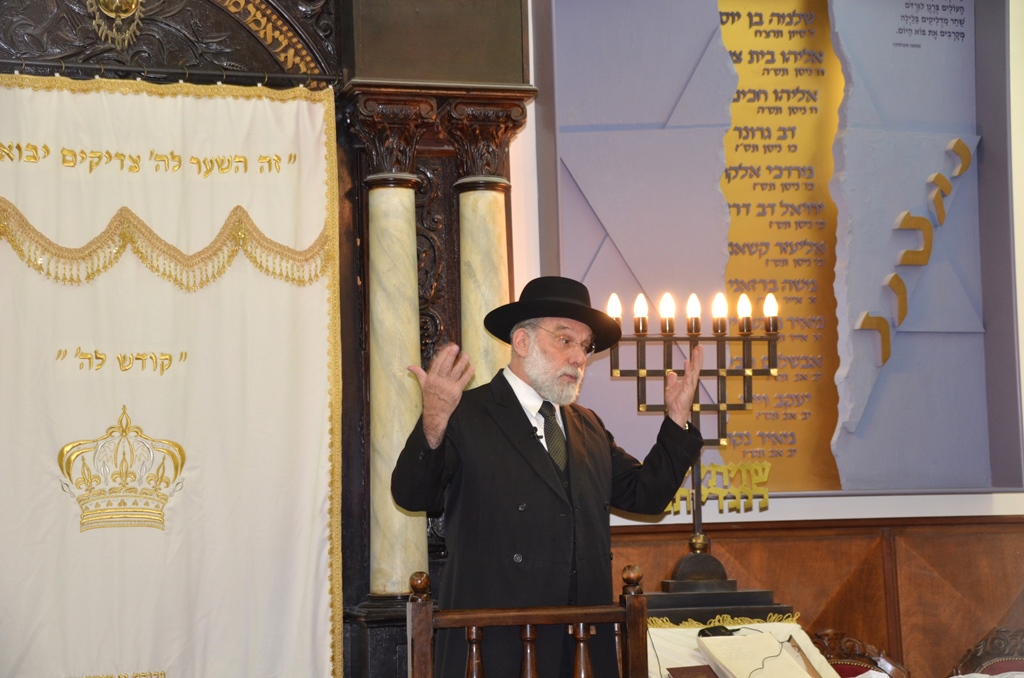 Rabbi Aryeh’s grandson had some great stories to share. 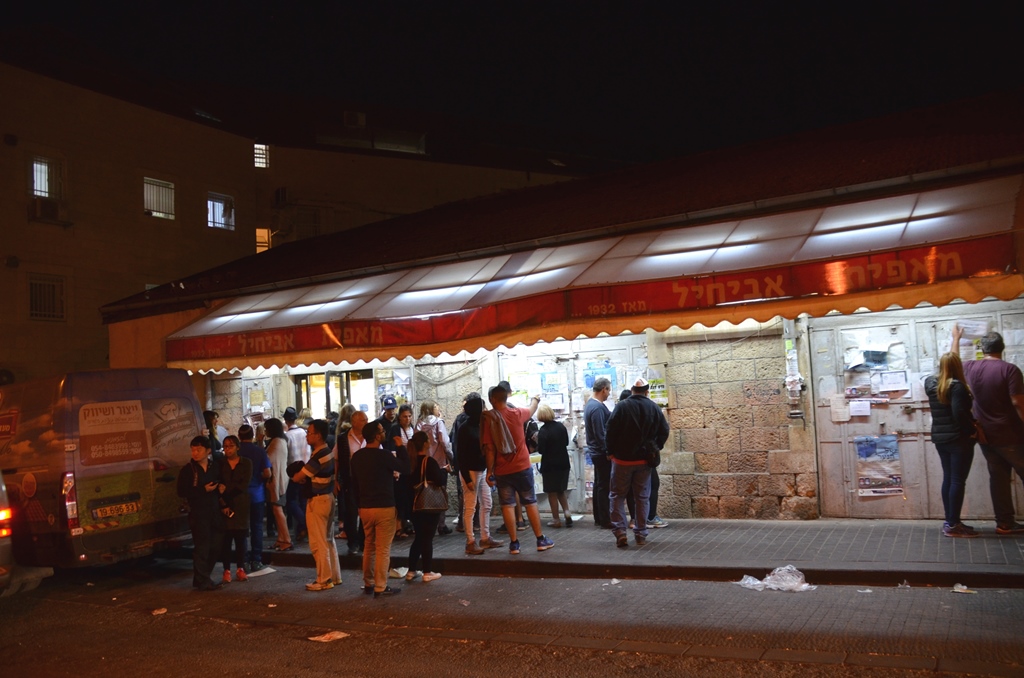 Many of the tours ended at this bakery in Geula.

As you can see it was busy at midnight.

I am not sure how many could read the signs 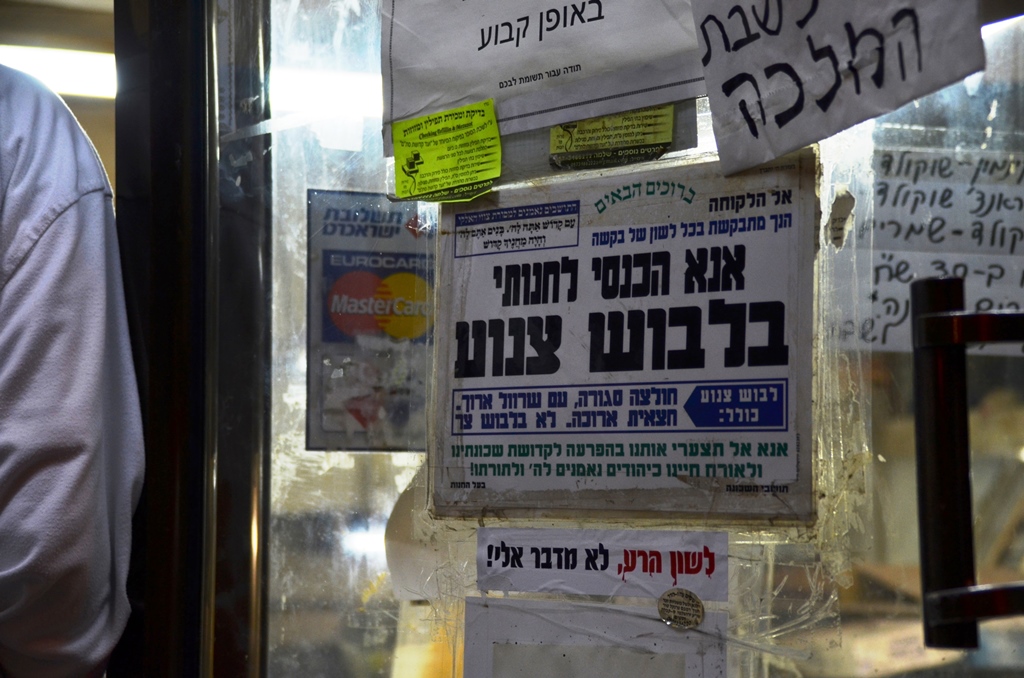 but will interest those who know 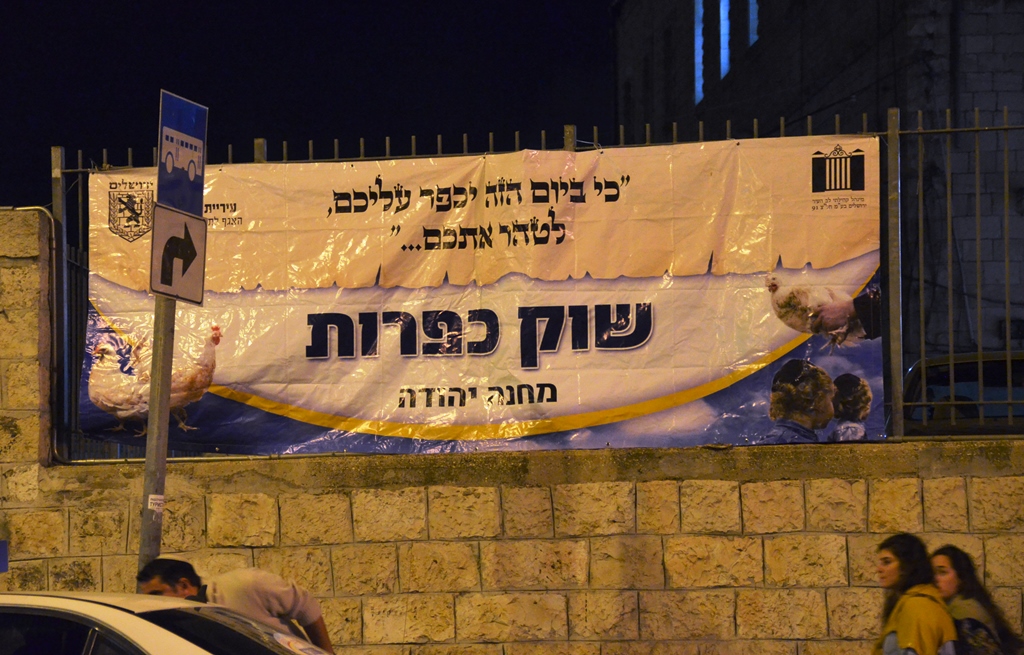 it will be filled with live chickens and thousands of people.

Meanwhile, as on most nights in Machane Yehuda Market,

thousands of people were partying,

As I walked home, well after midnight,

I do not know if they found what they were seeking,

but I do know that despite all the large posters and promotions,

the only place to find Matisyahu on October 13,

the Thursday night after Yom Kippur, 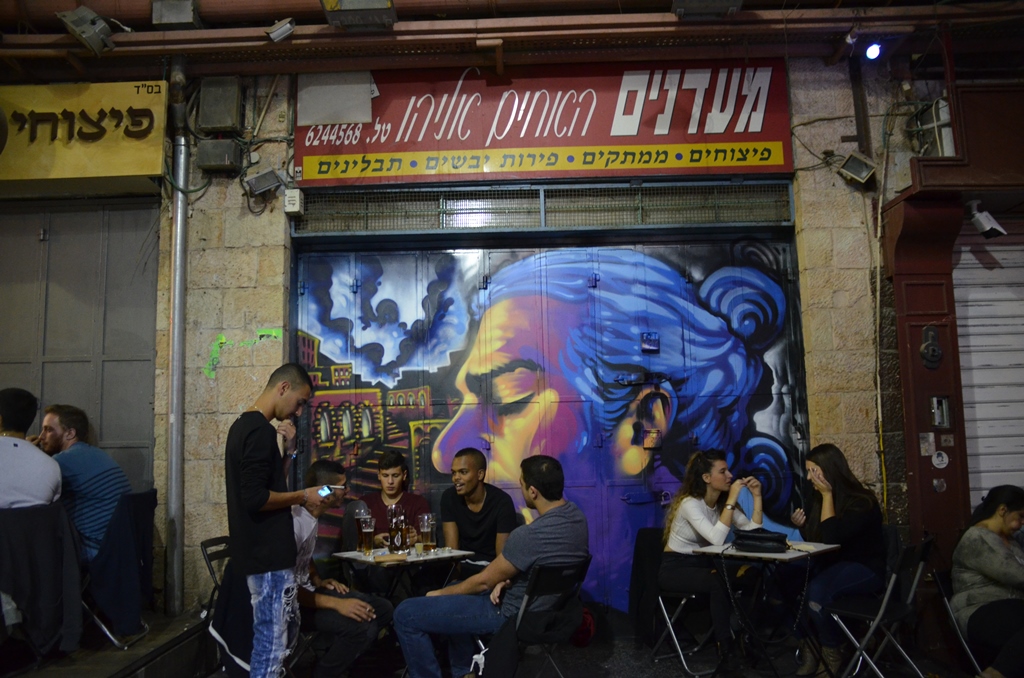 will be in the shuk.

His performance has was cancelled and rescheduled for May.

it is hard to believe that so much is going on.

The traditional greeting before Yom Kippur is

There will be no bus service on Yom Kippur,

but in Jerusalem even the buses get in the pre-holiday mood.