For the eight days of Hanukkah,

so many lights were burning brightly,

from the olive oil flames of the religious yeshiva hanukkiot,

to the large electric candelabra

at the International Christian Embassy in Jerusalem,

across the road from each other.

Many stores and restaurants had candles lit,

inside or in the windows for all to see.

This one Emek Refaim Street was hard to miss.

What was missing were the large numbers tourists

usually around this time of year.

A little Photoshop was needed to fix this photo,

as those street light hanukkiot were hanging in fewer locations

and often not all of their parts were working.

there was no shortage of Chabad hanukkiot

and on top of cars.

One favorite was the large hanukkia burning brightly

at the Tzomet HaGush bus stop,

recently the scene of too many terrorist attacks.

The major annual hanukkiot were

on top of the Knesset,

outside the Jaffa Gate entrance to Old City,

and inside near the Kotel, the Western Wall.

A friend reports that new pink spot light was removed

by the end of the holiday.

This new one in town was my favorite.

The lights on the Old City Walls

Of course, the holiday foods and parties were on going.

This BBQ in the Archaeological Park of Old City,

day and night protecting us from the next terror attack.

And there was music,

from a show at the new Arena Stadium,

as well as thousands of family gatherings and community events.

The lights and sounds of Hanukkah

came forth from Jerusalem.

For those who were afraid to walk the streets this year,

next year in Jerusalem, Israel.

No matter how you spell it,

is a special time you should not miss.

so many visitors, so many parties, and so much to do.

But I stopped and watch a bit

as they again put up the large hanukkiah near Jaffa Gate. 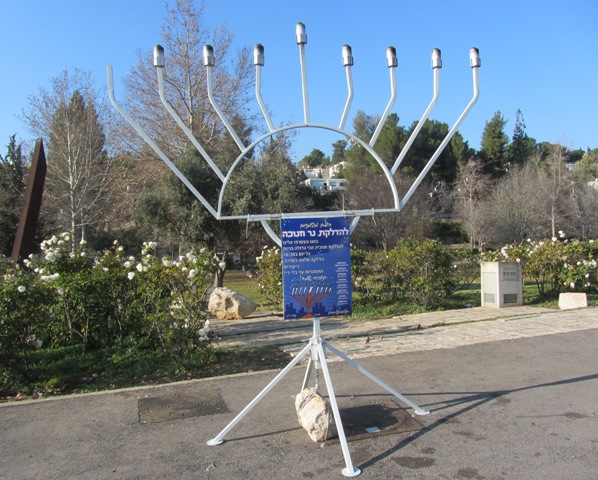 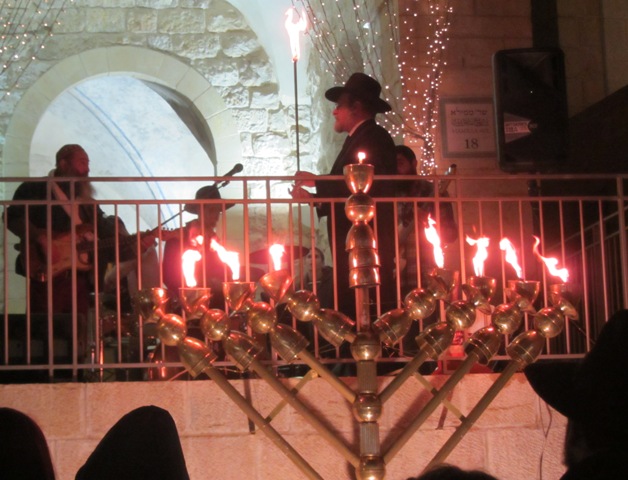 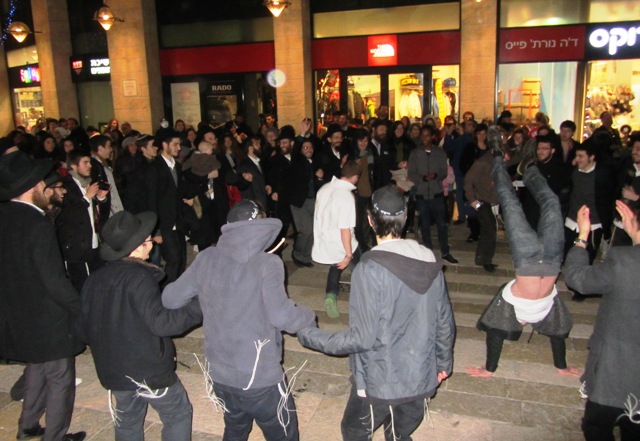 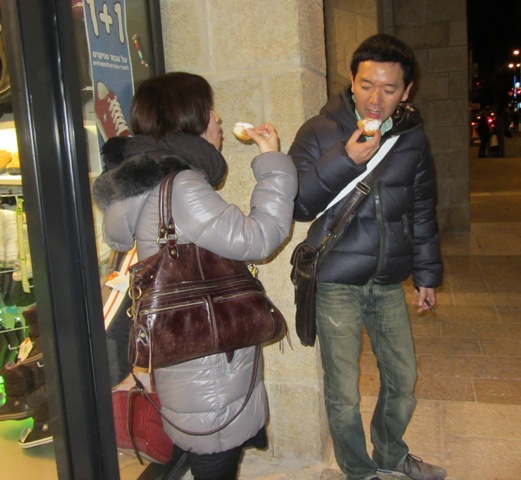 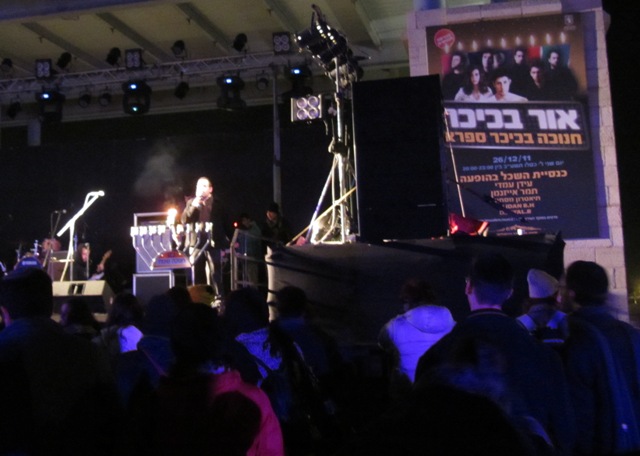 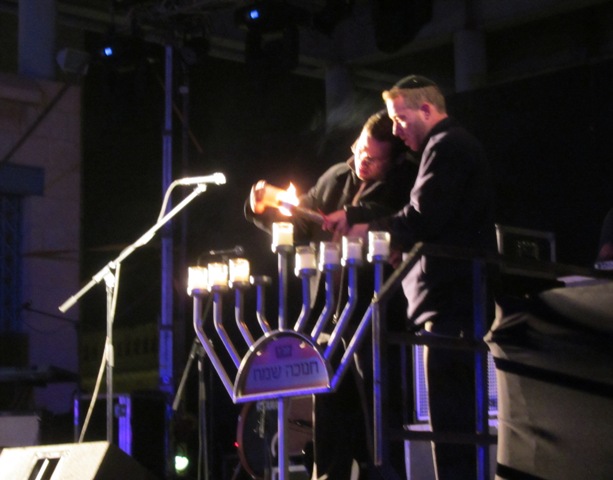 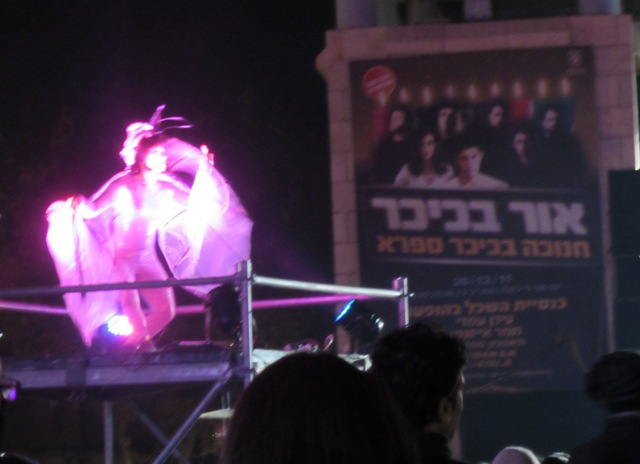 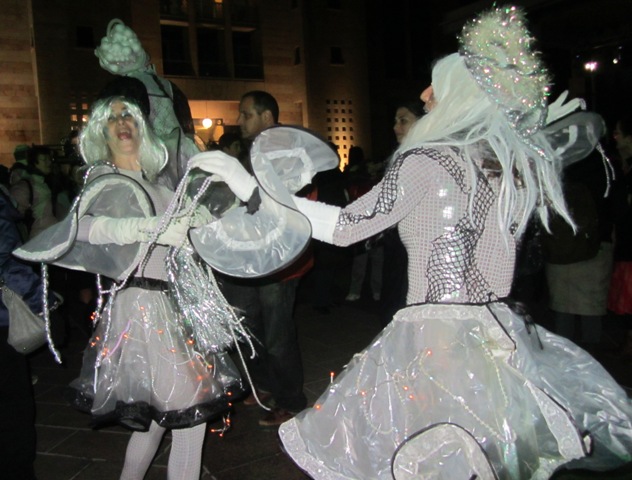 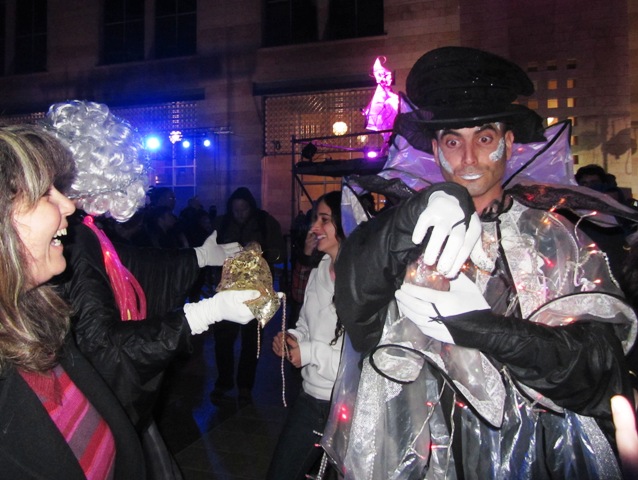 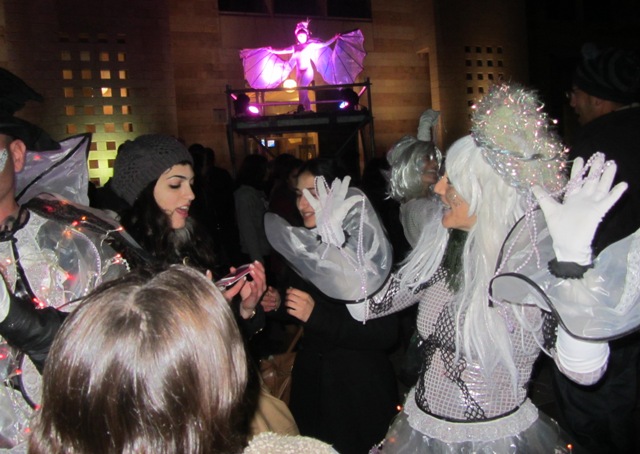 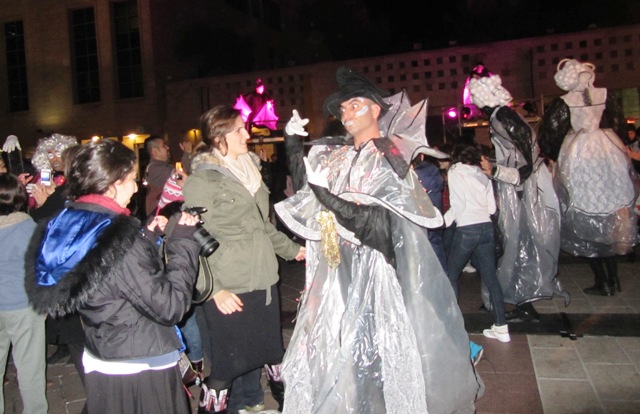 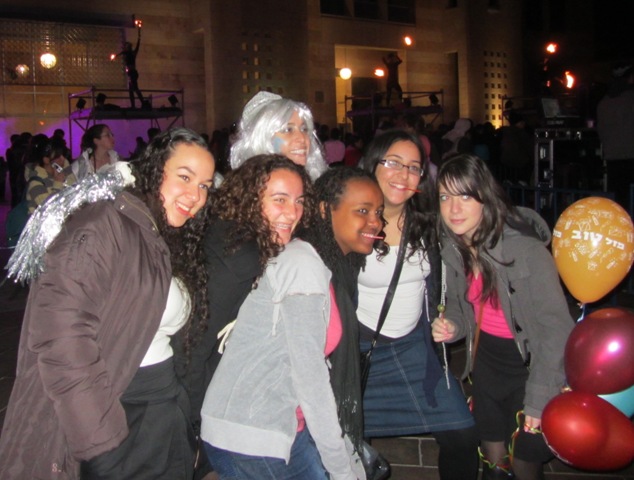 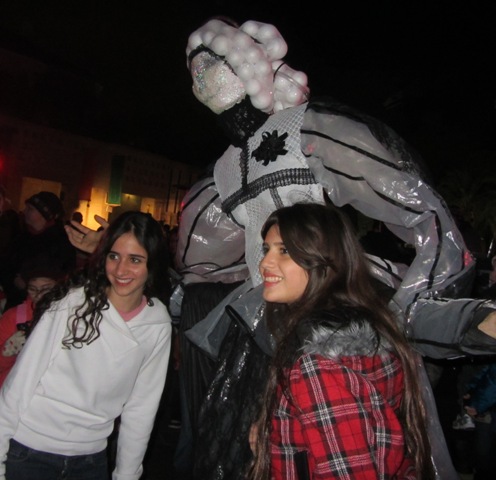 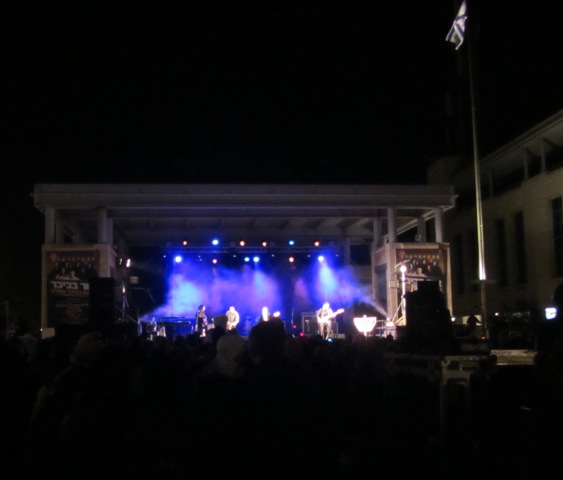 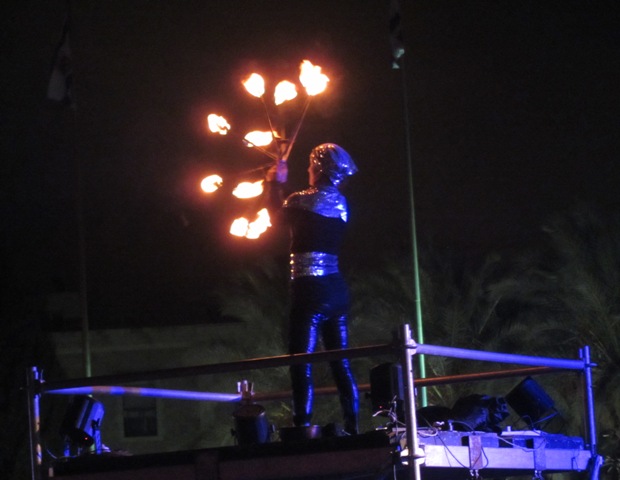 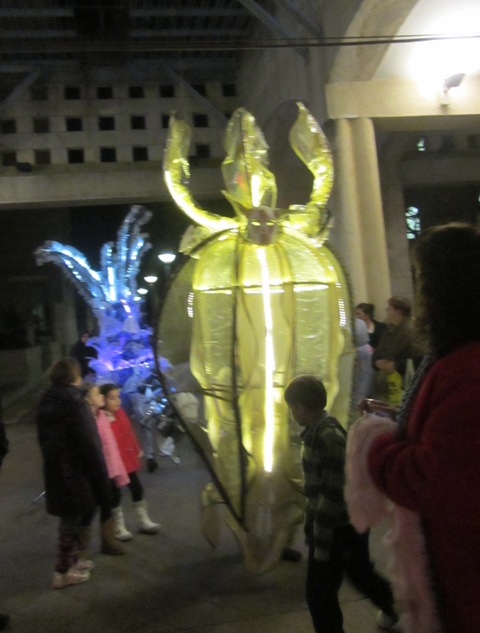 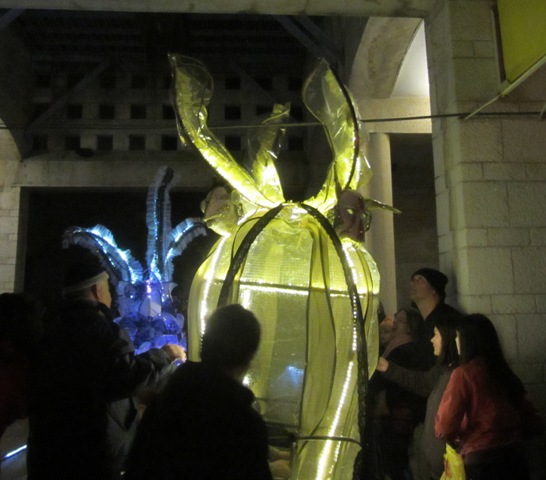 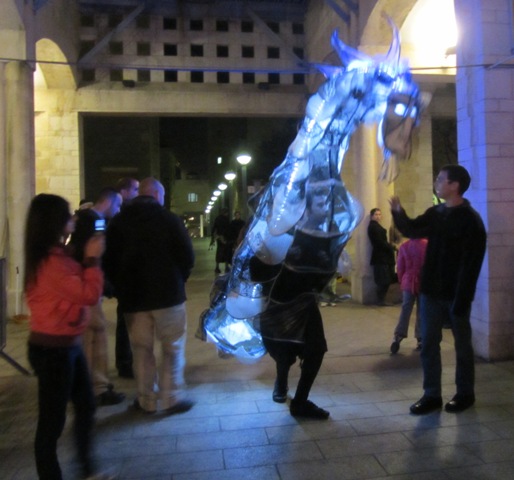 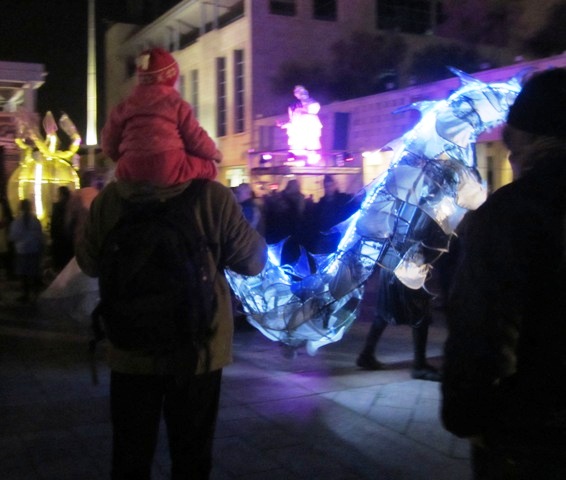 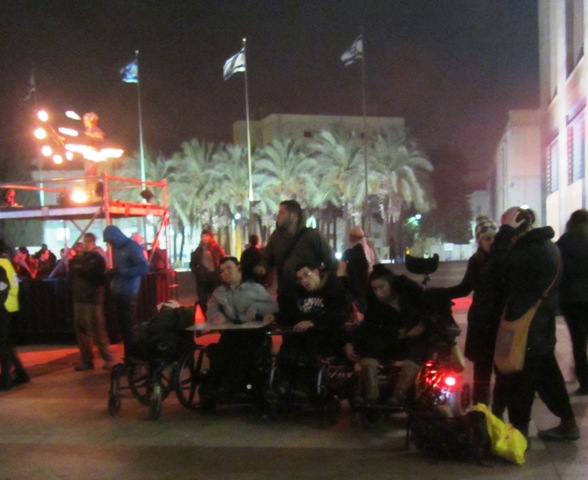 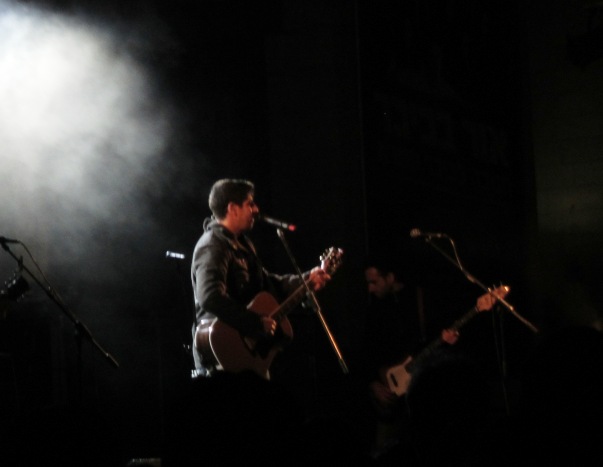 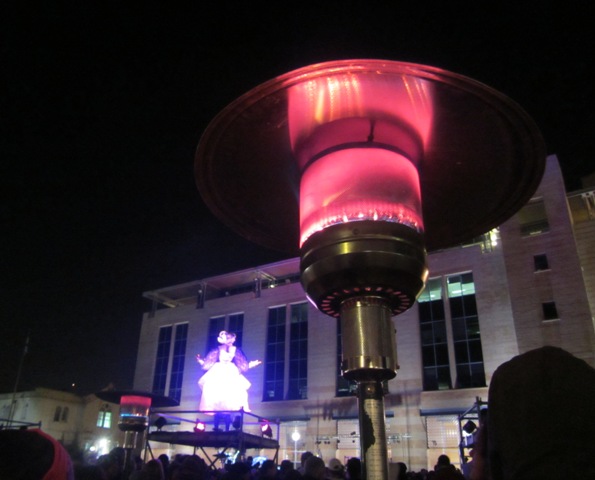 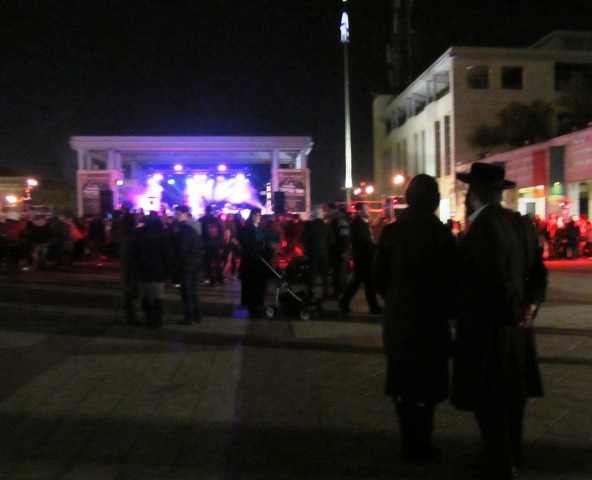 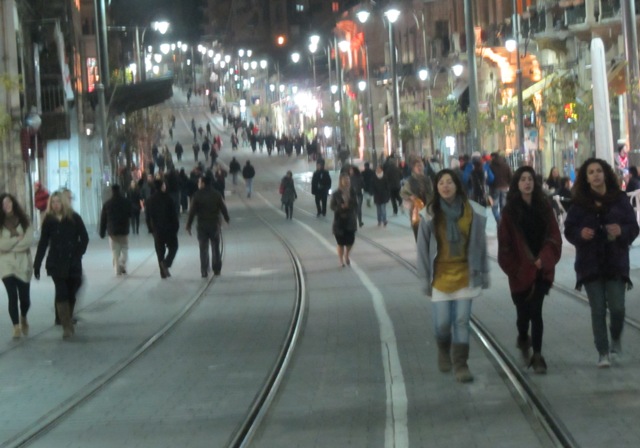