In some places they are called graffiti,

but in Jerusalem, Israel,

there are wall drawings that are properly called art.

this scene could be called a classic,

while this new one is colorful, bold and modern.

This one is near the Old City Walls.

When I saw it recently,

all I could think was, wow, I must share that one.

The cars at the bottom indicate the size of this masterpiece.

This piece by Jack was a favorite,

it was on the construction fence around First Station,

which has been removed.

But Jack has been busy with smaller works

in many other Jerusalem locations.

Look up on Jaffa Street to see this new one;

or down park paths for black and white,

as well as color drawings.

However, in a category of its own,

is this colorful piece called “One Day…”

which showed up on a wall in the center of Jerusalem.

What perfect timing for Hanukkah,

see this translation of the Hanukkah song

My refuge my rock of salvation! ‘Tis pleasant to sing to your praises.

Let our house of prayer be restored. And there we will offer You our thanks.

When You will have utterly silenced the loud-mouthed foe.

Then we will celebrate with song and psalm the altar’s dedication.

Perhaps not politically correct, but sums today up nicely. 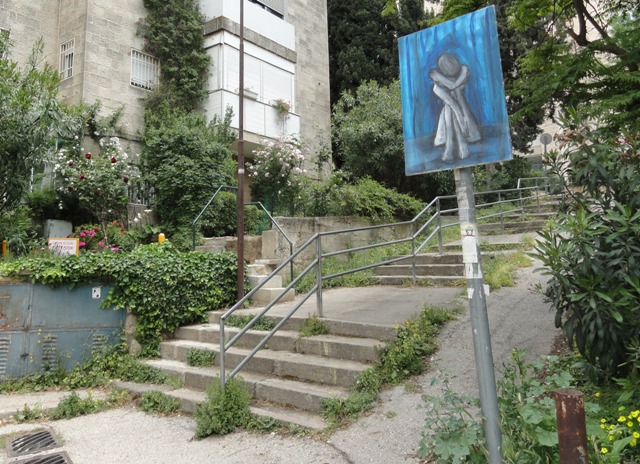 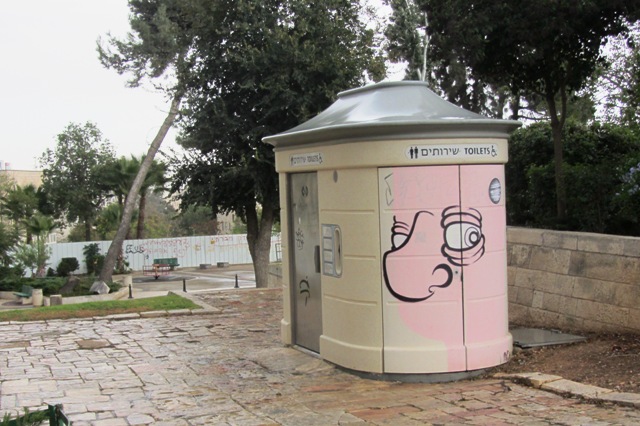 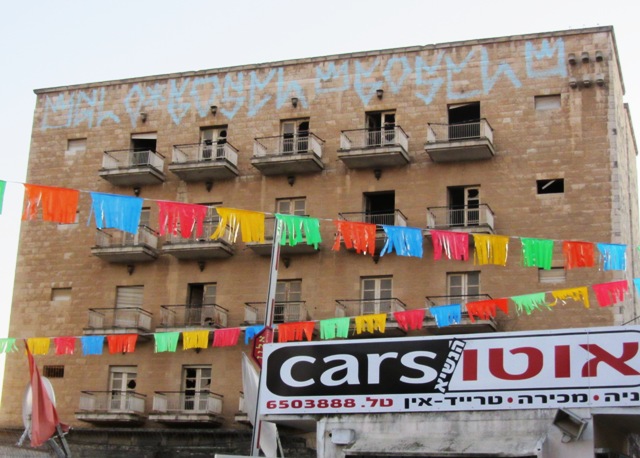 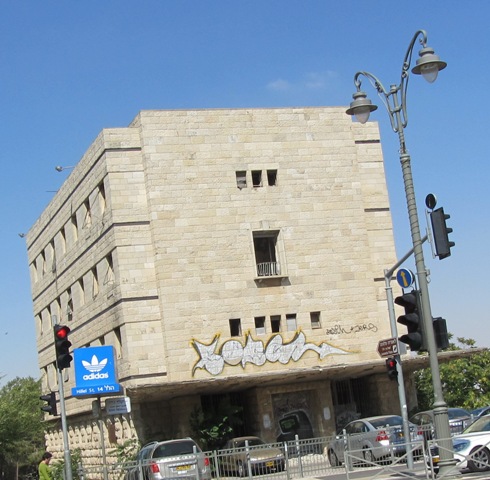 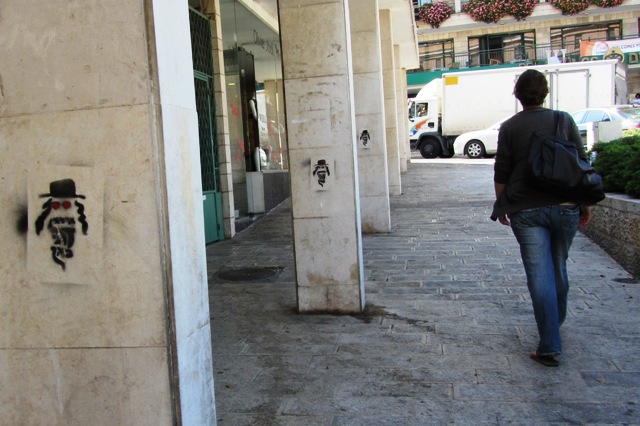 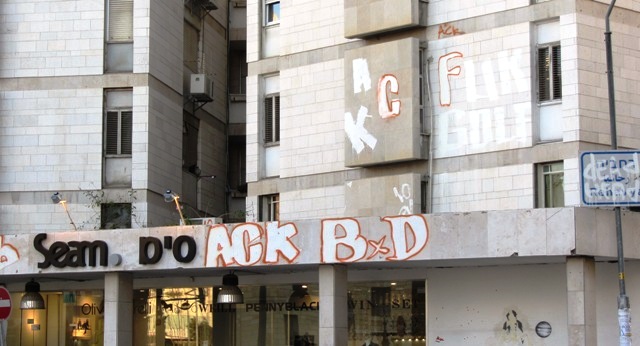 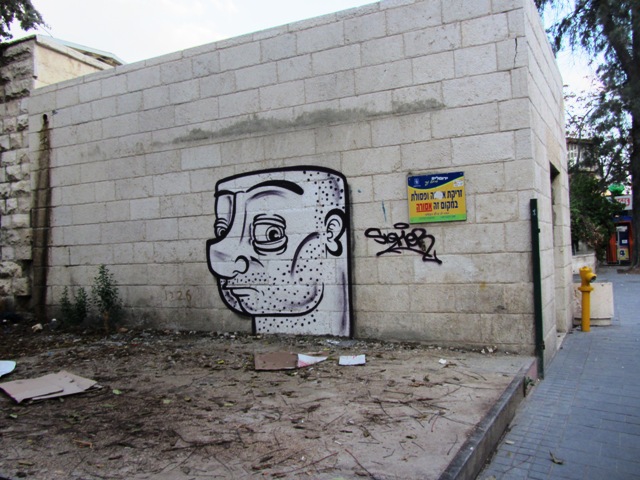 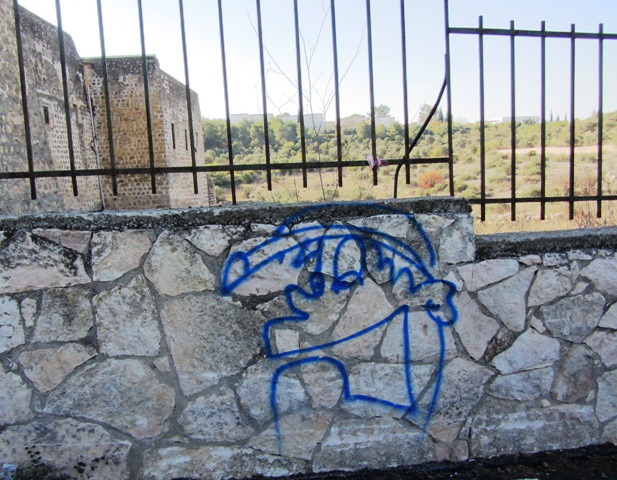 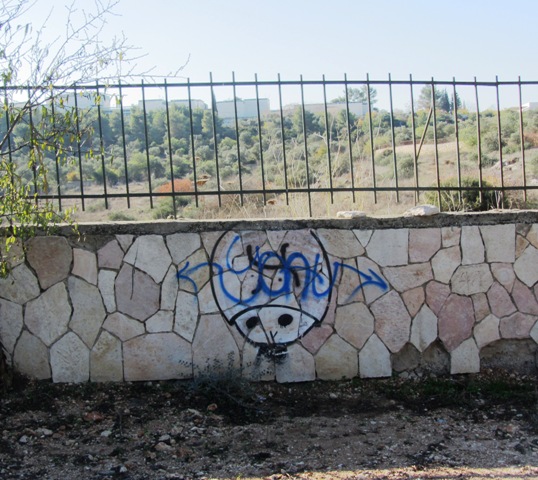 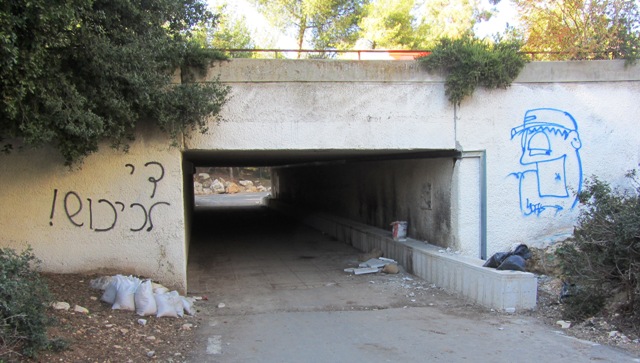 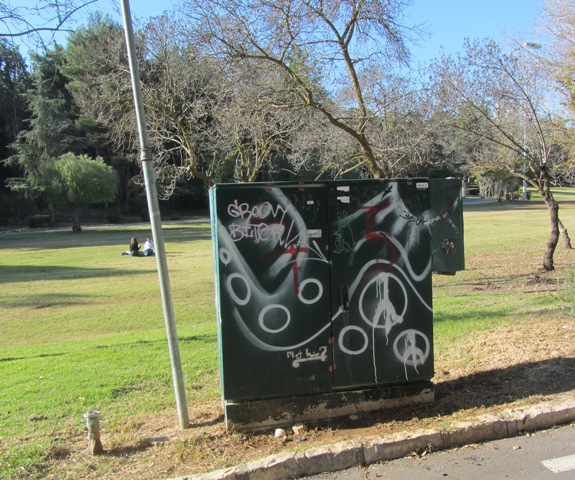