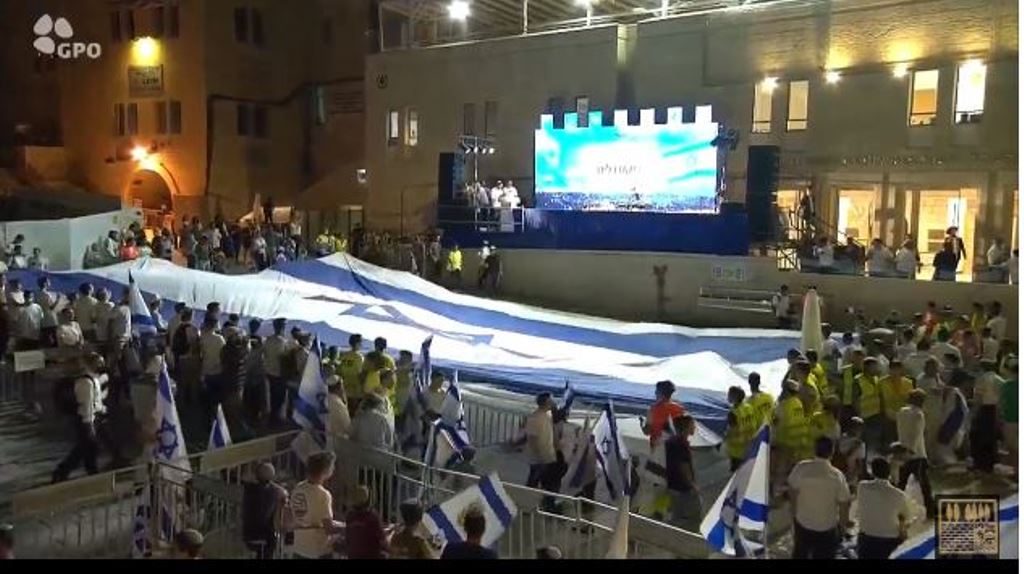 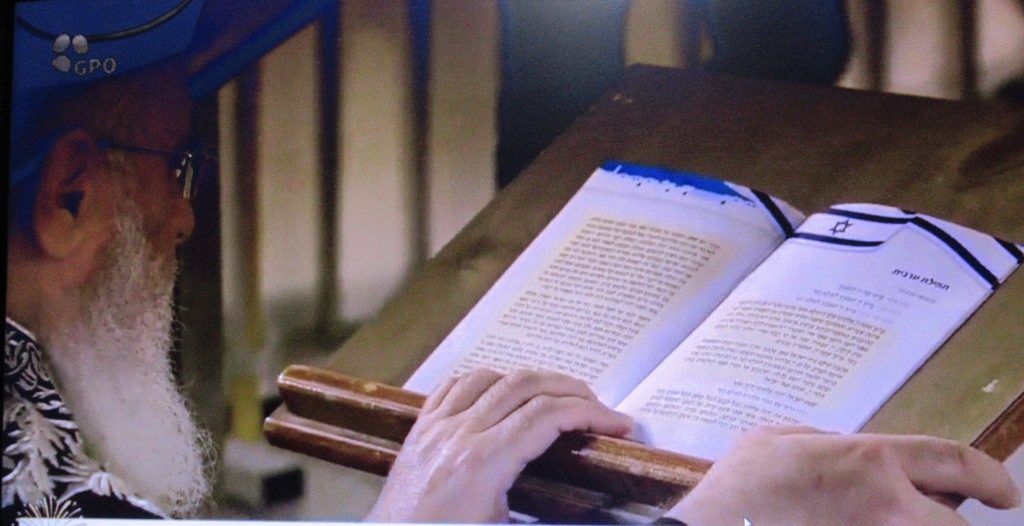 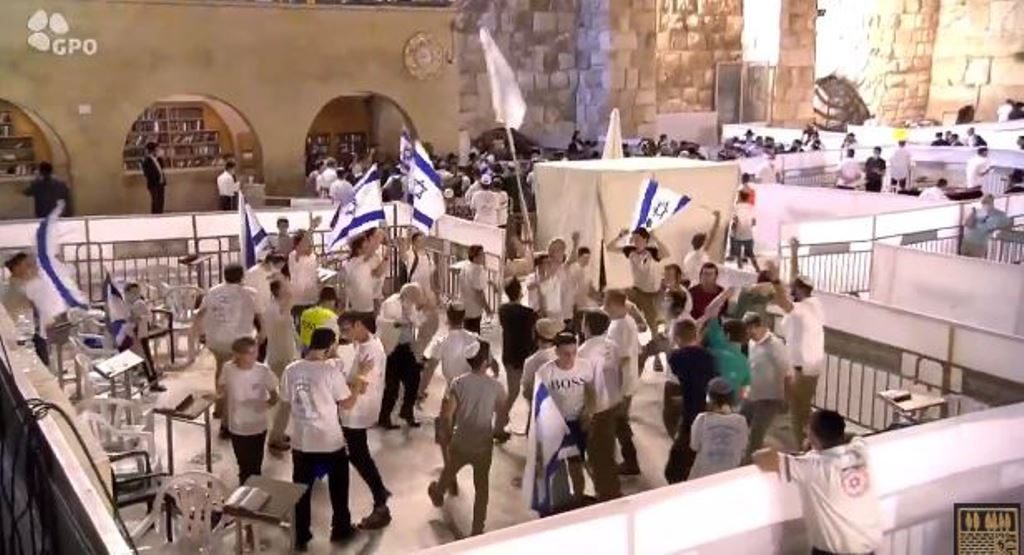 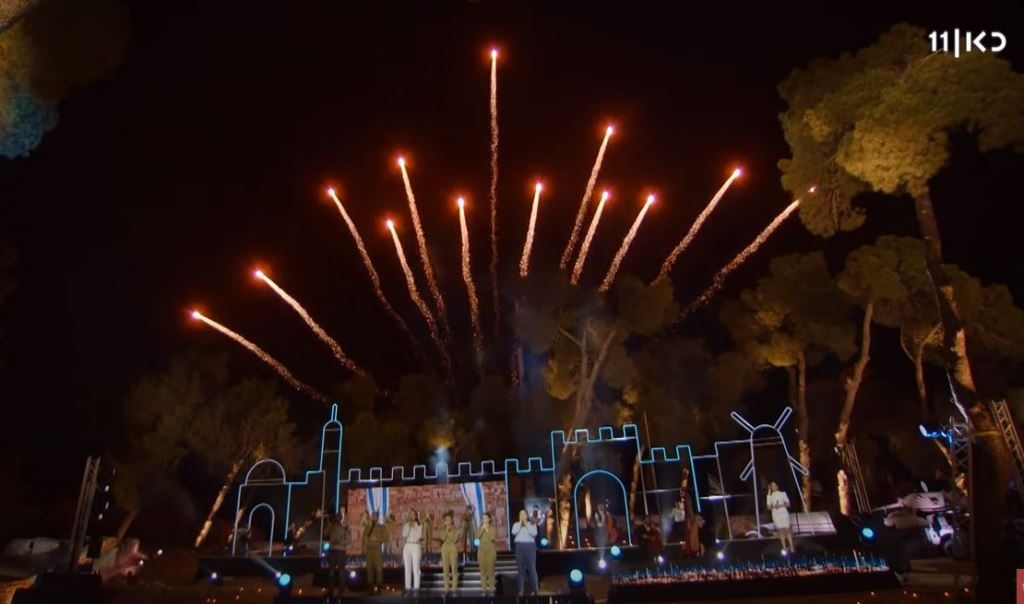 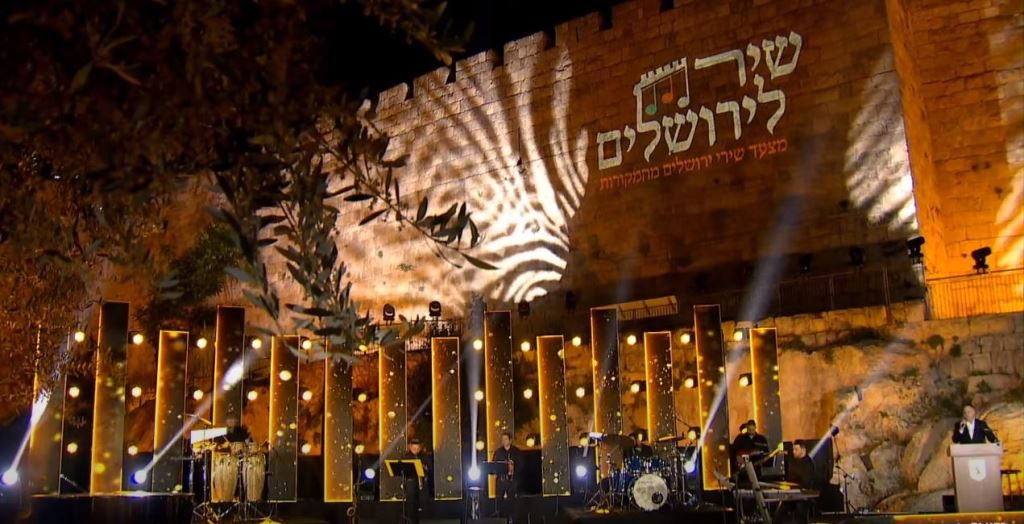 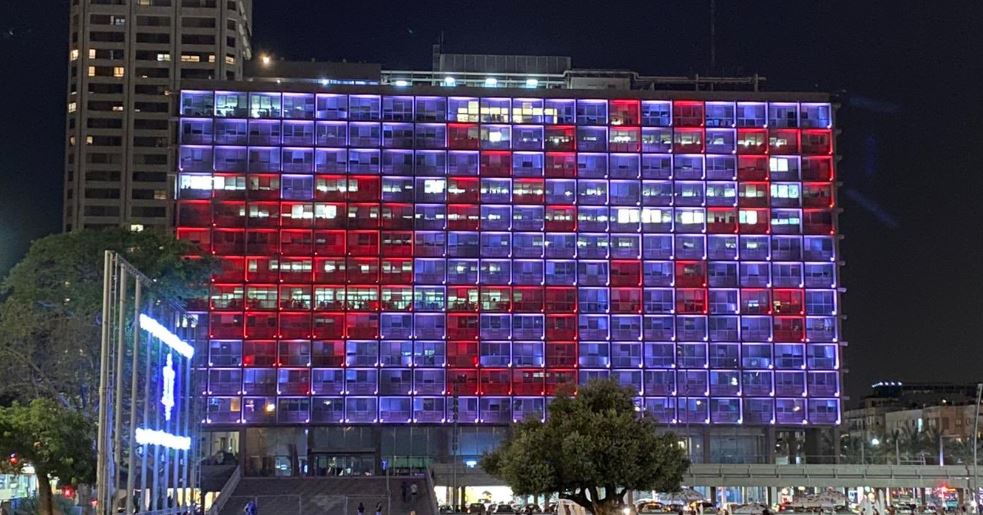 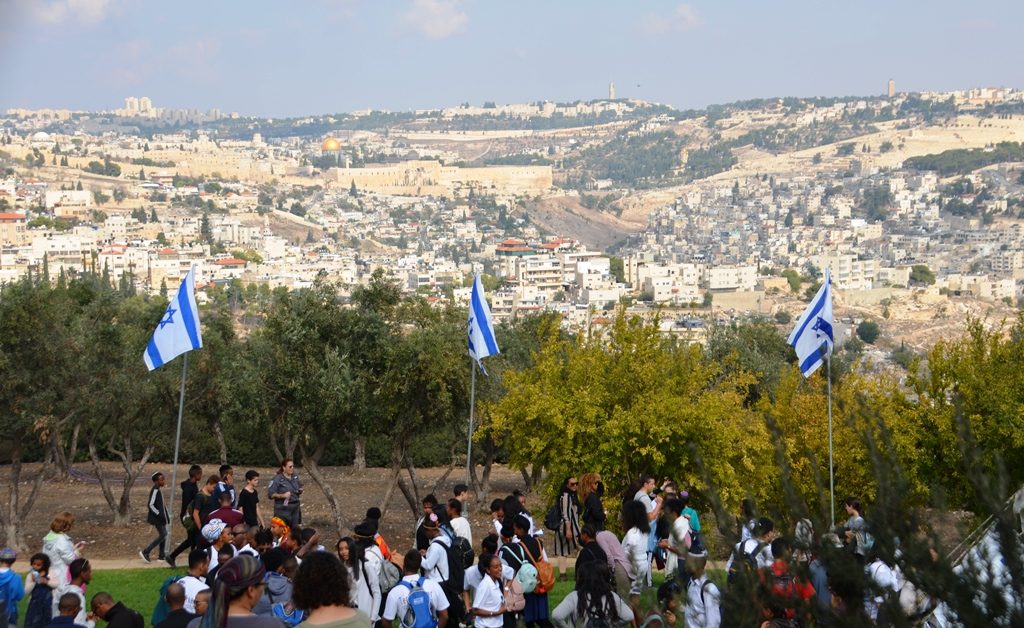 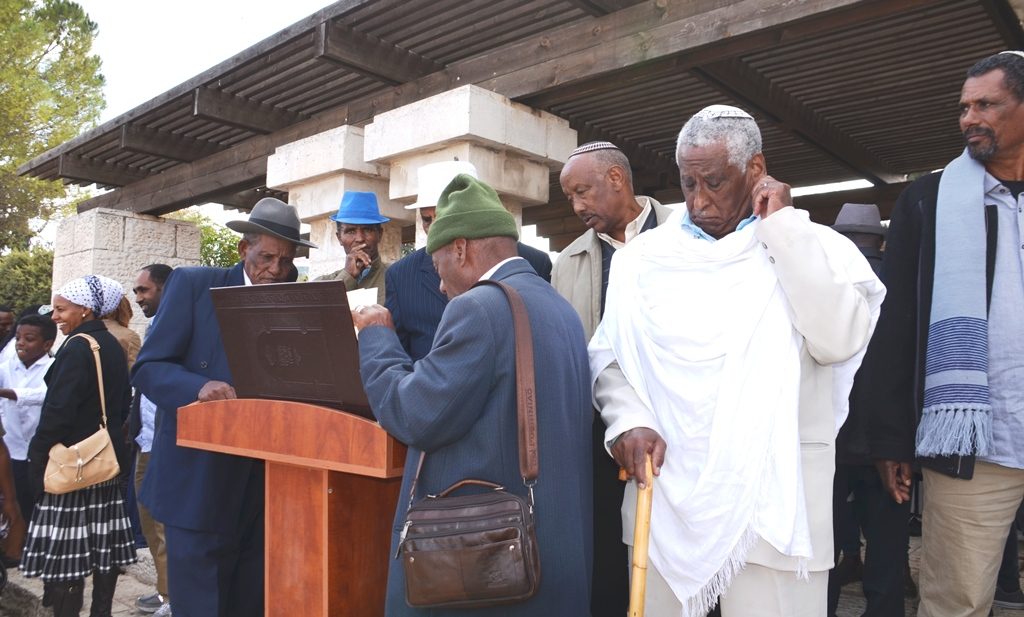 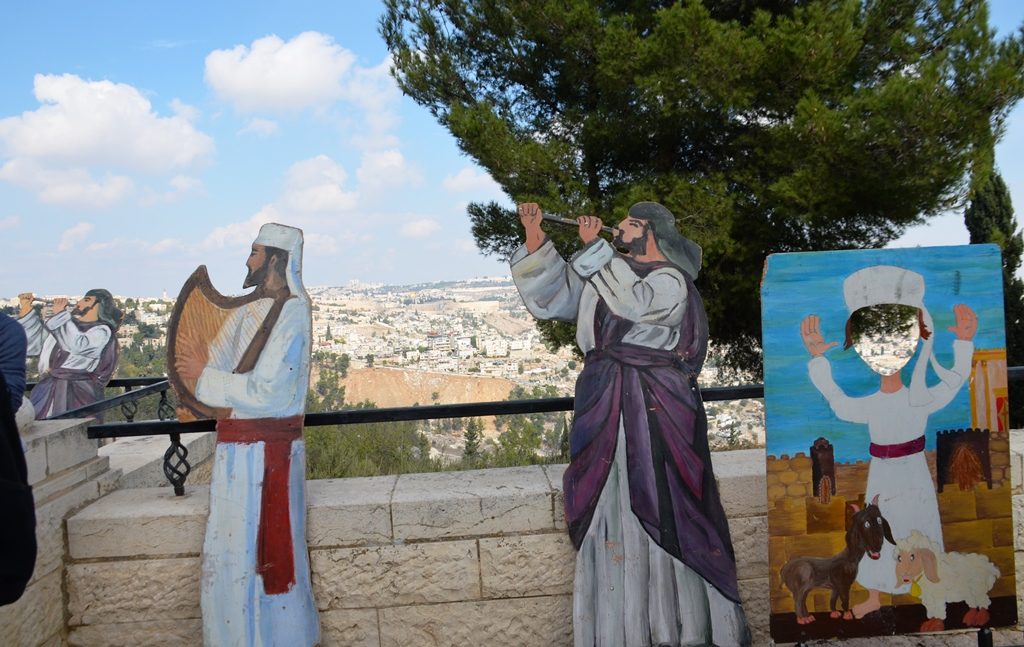 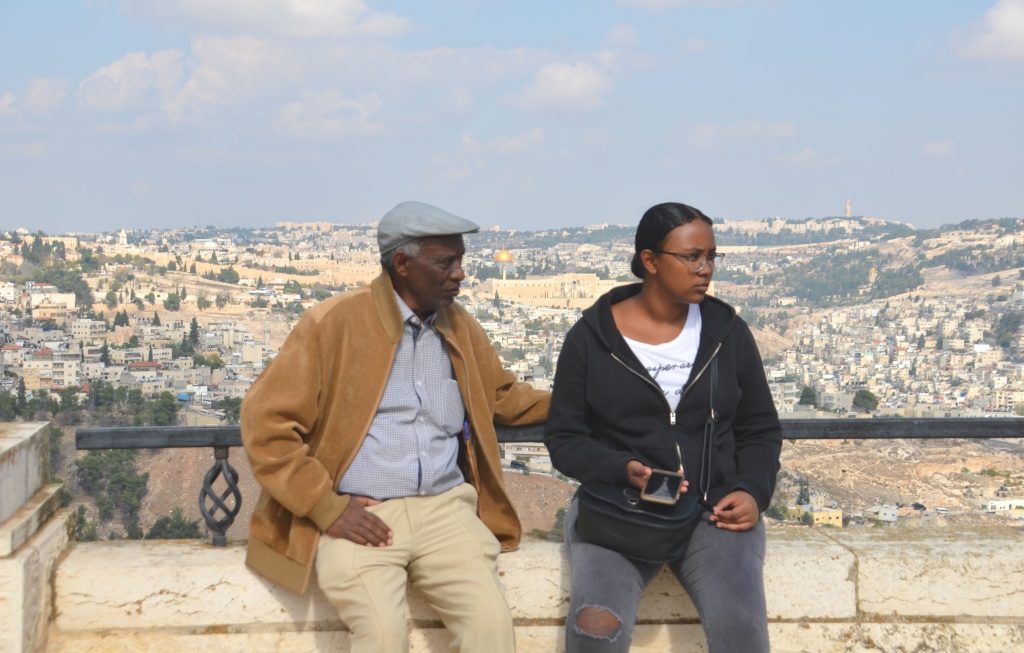 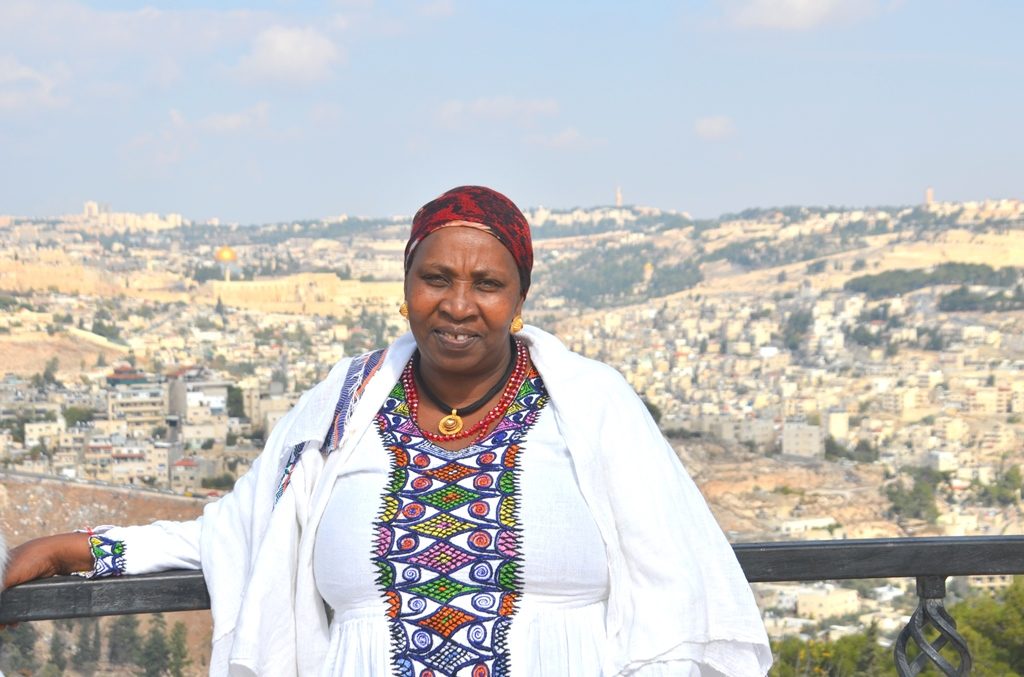 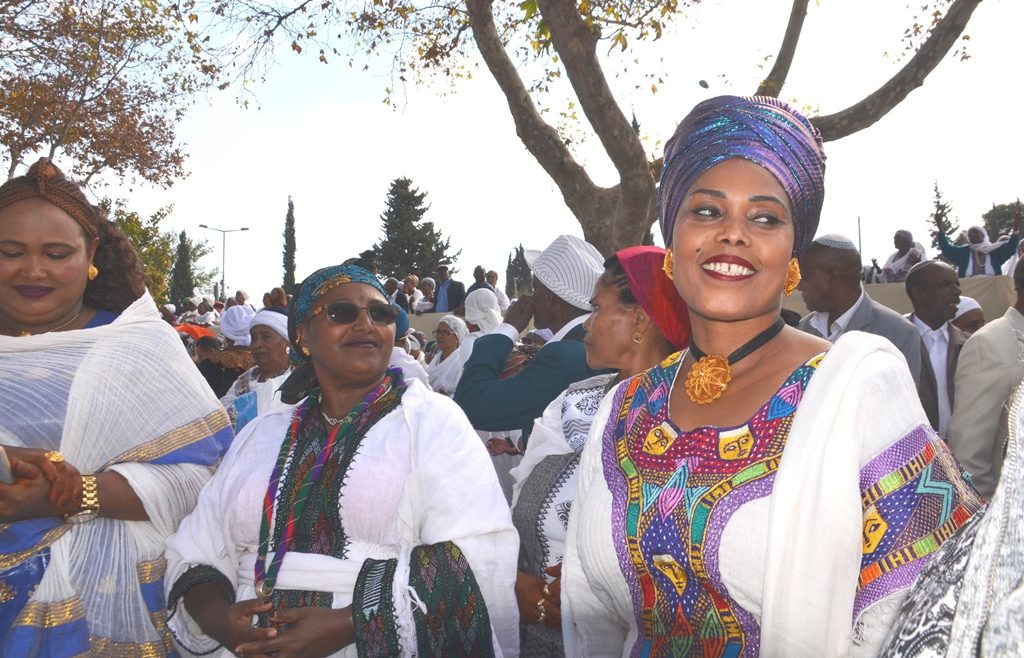 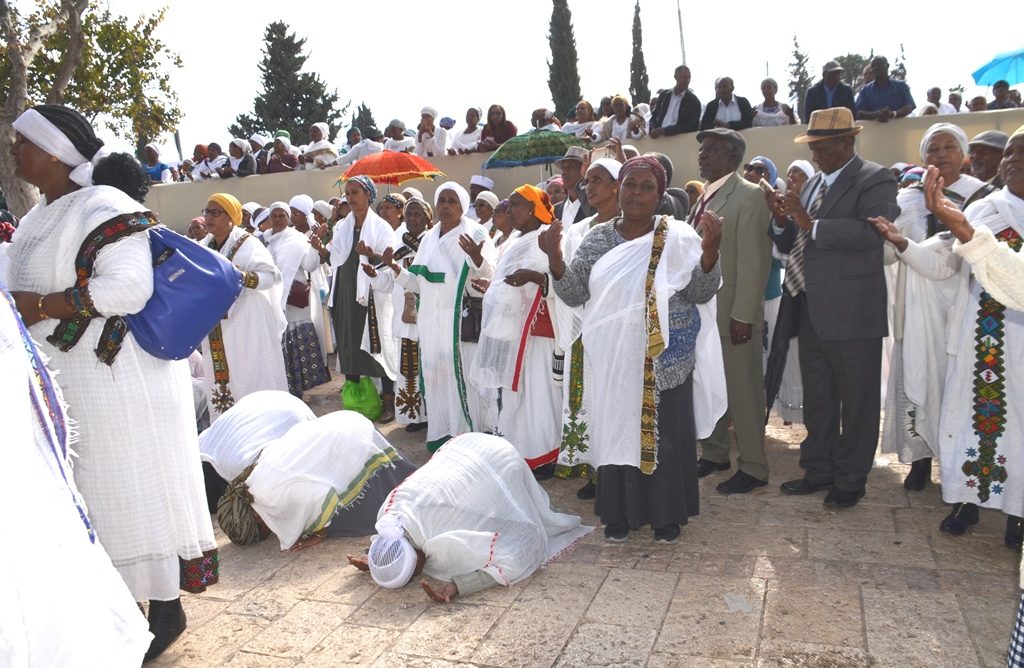 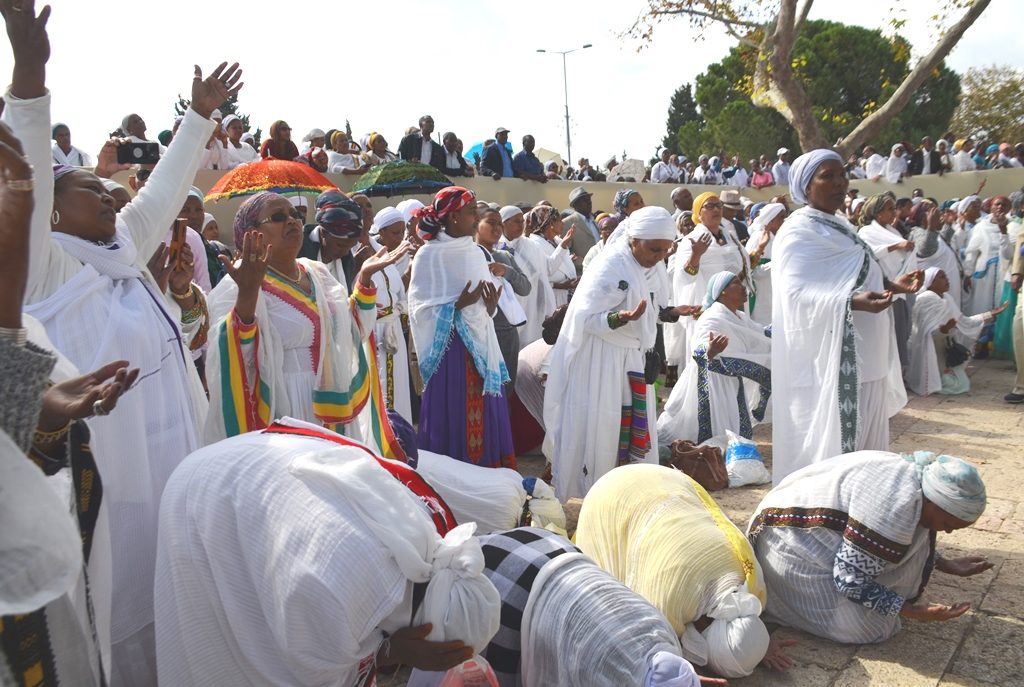 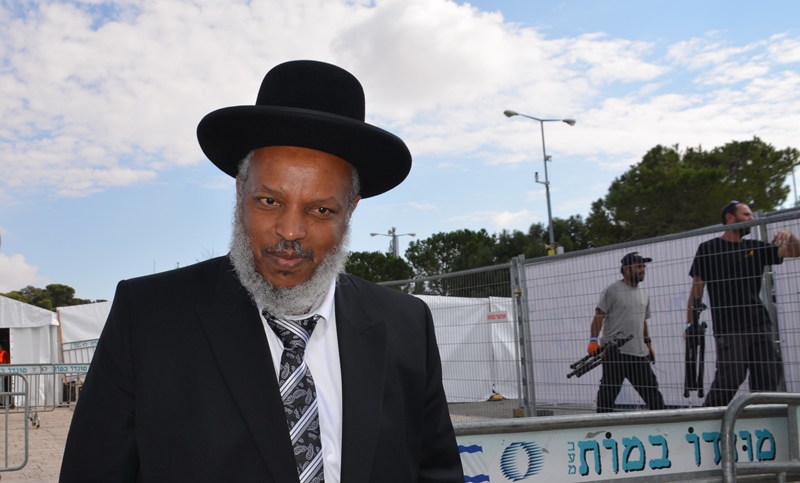 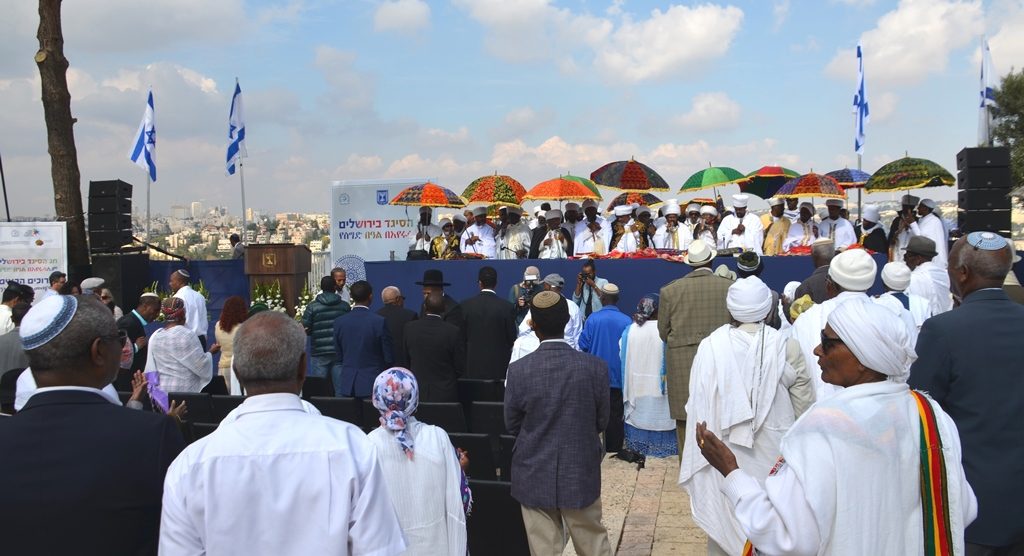 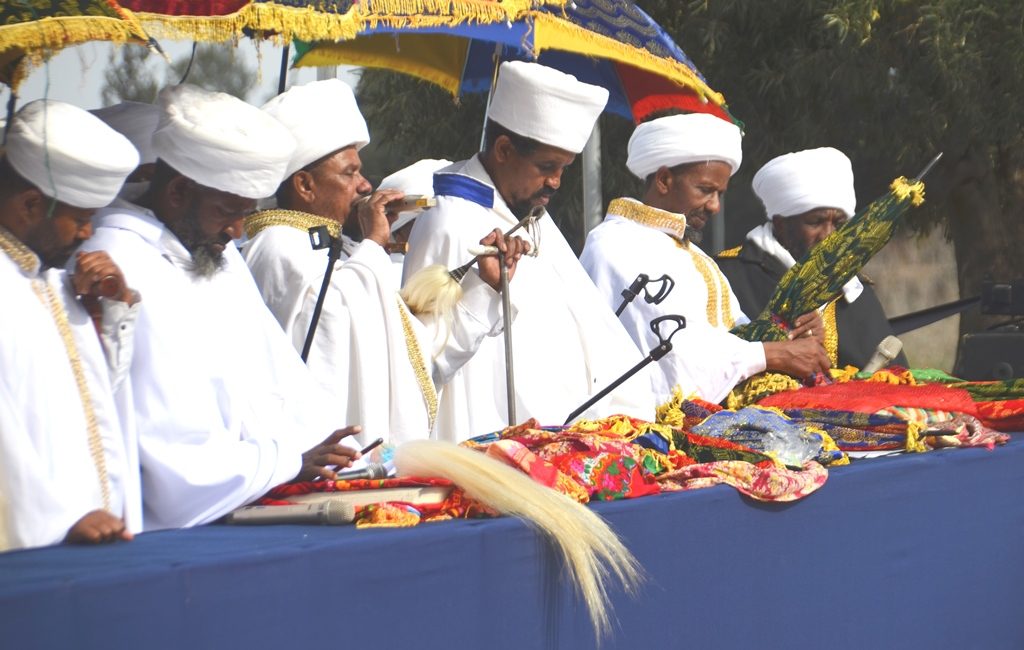 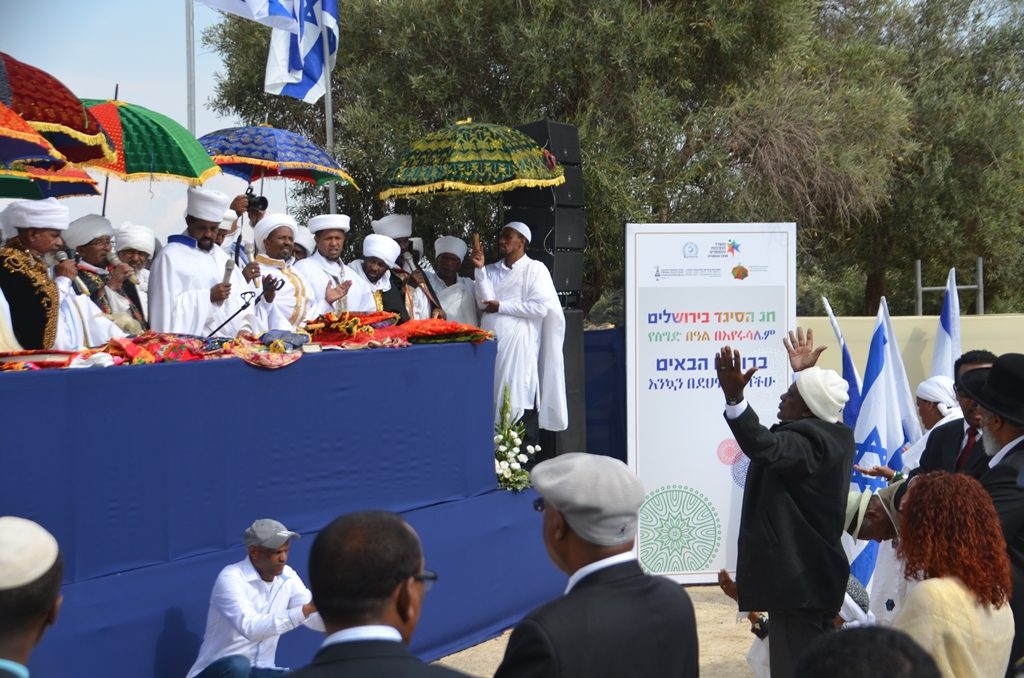 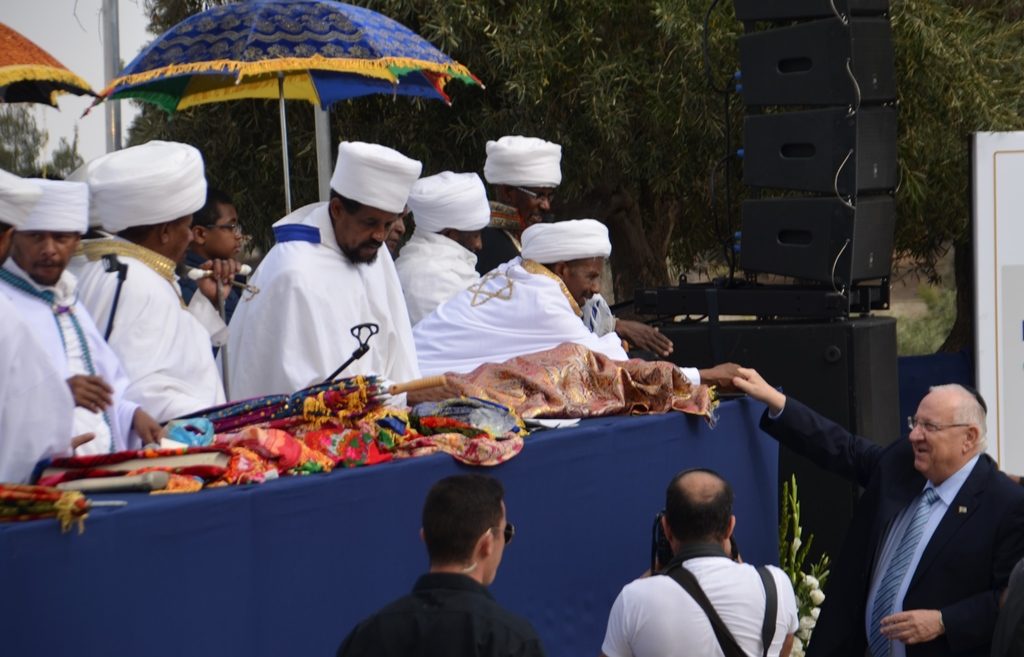 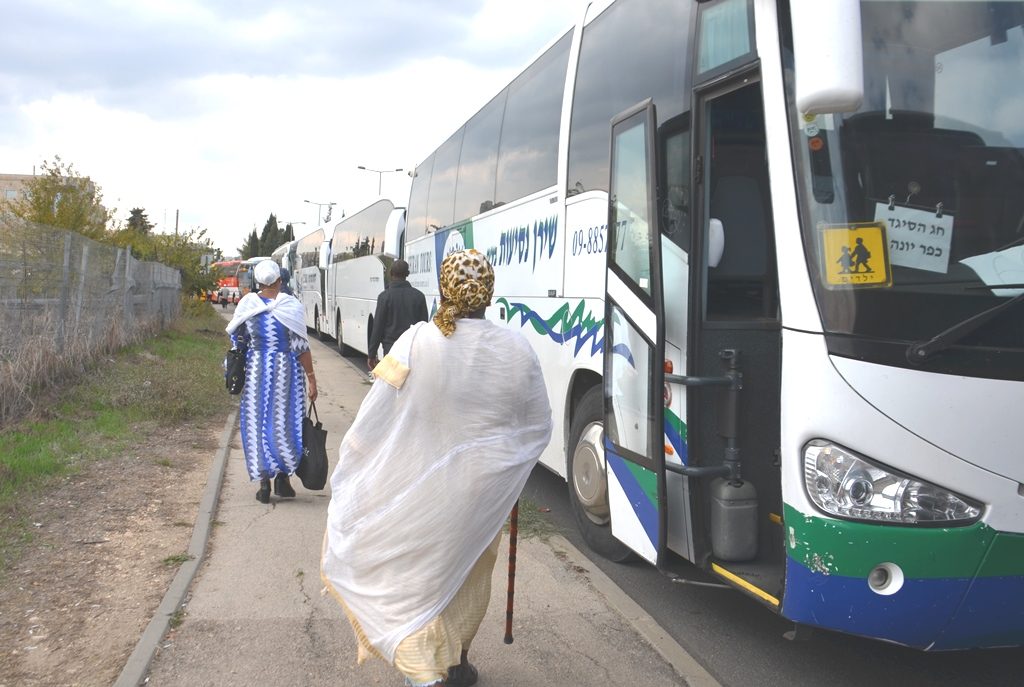 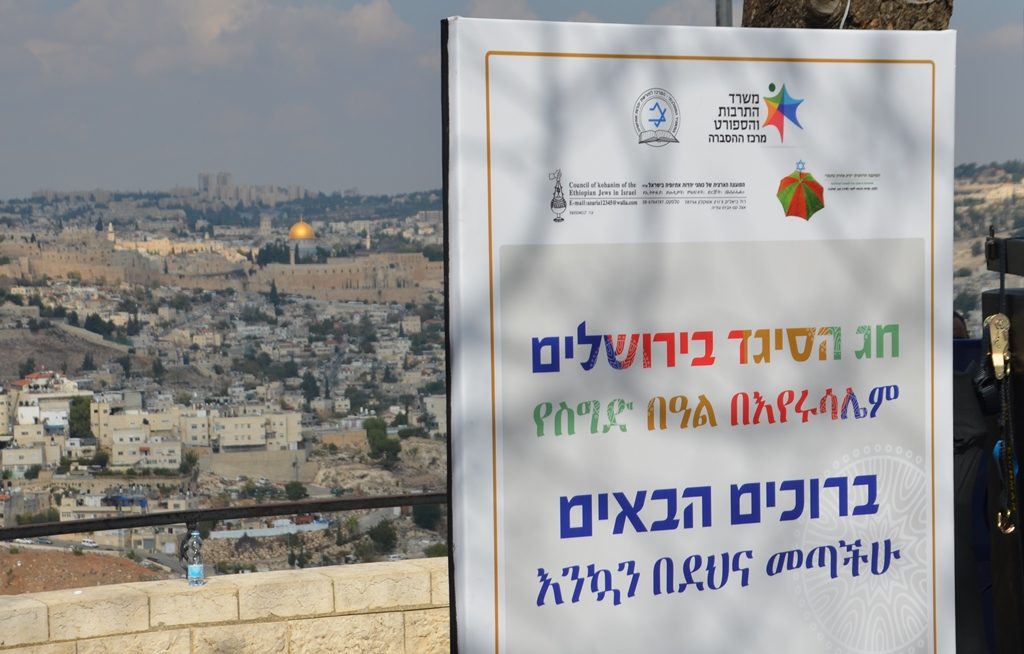 Sigd, a holiday which is set on

the 29th of Hebrew month of Heshvan,

falls out on Shabbat this year.

A national holiday in Israel since 2008,

by coming to Jerusalem, Israel,

to the tayelet in Armon Hanetziv. 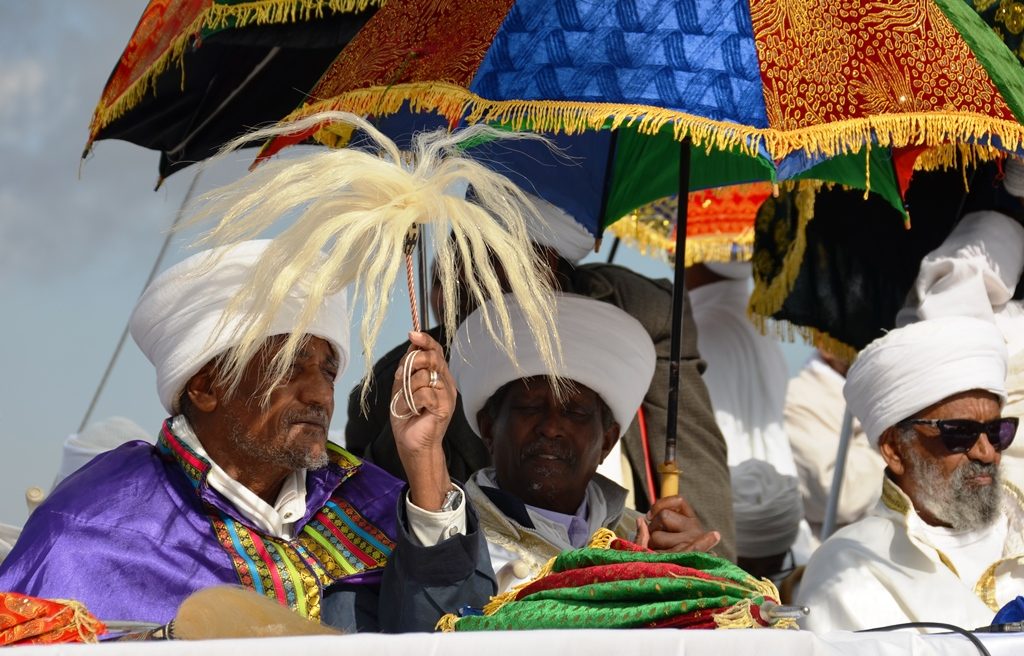 perhaps remembering the days in Ethiopia

when they went to the highest mountain to fast,

praying to one day return to Yerushalayim, to Zion. 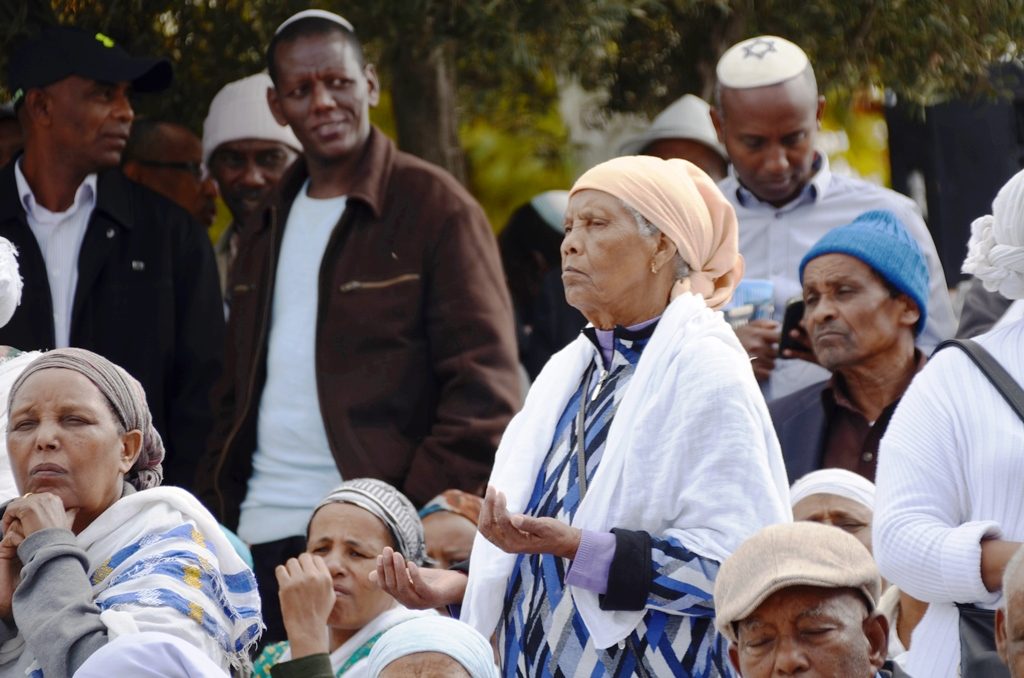 Women can be seen praying,

and perhaps remembering life in Ethiopia,

and their arduous journey to Sudan and challenges in Israel. 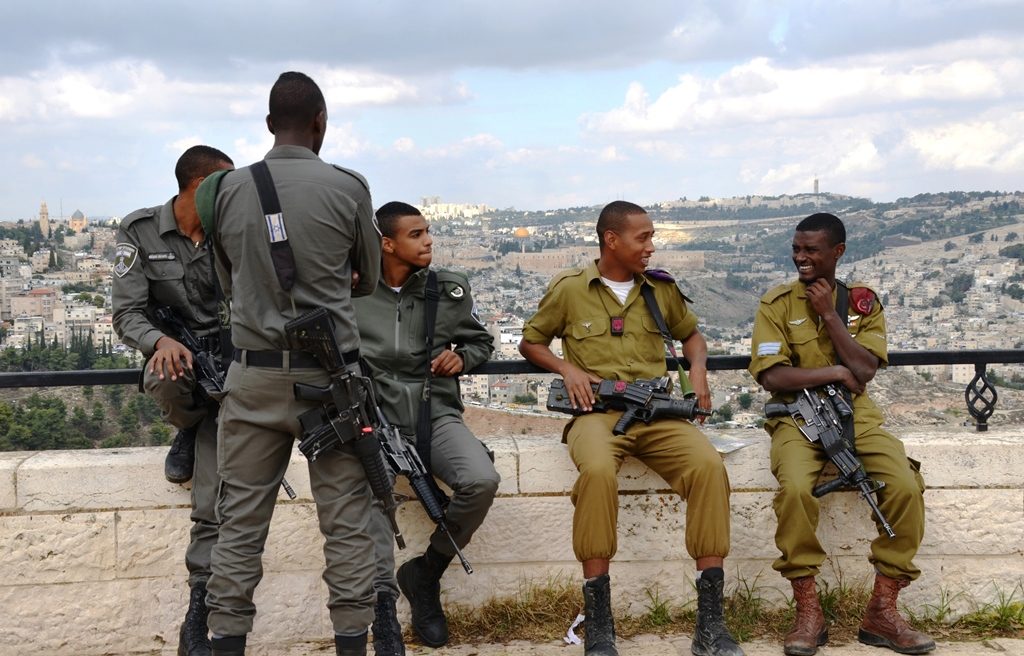 more and more of the young people 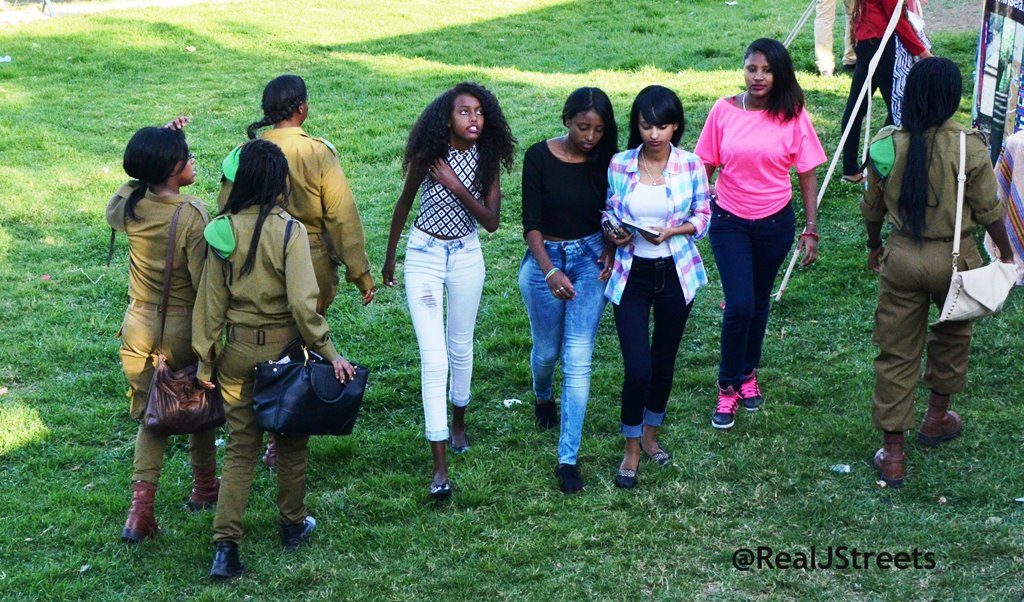 young women as well as men,

are serving in the Israeli Defense Forces.

Sigd was observed on Thursday this year,

so as not to have the celebrations interfere with Shabbat.

The reason the main celebration is on the tayelet 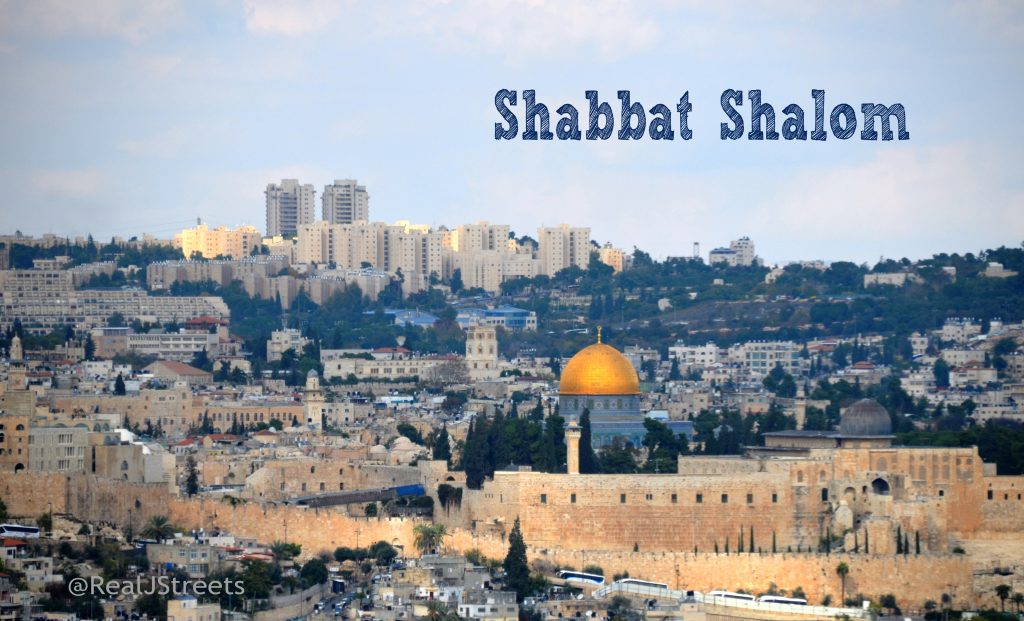 is that its elevation provides this, one of the best views

of the Old City and the Temple Mount.