Passover is one of the three festivals

on which there were traditional pilgrimages to Jerusalem.

This year on all the days of Passover 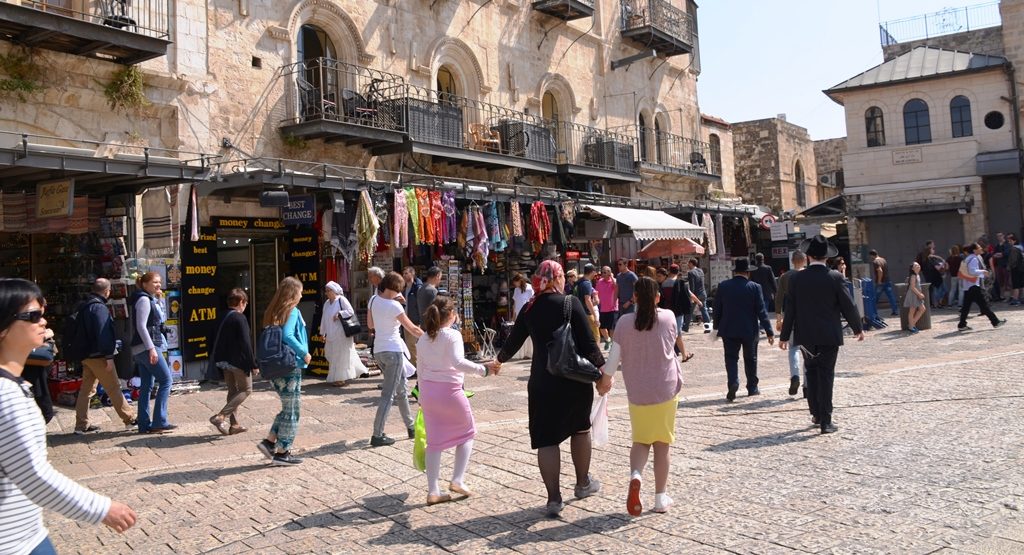 thousands of people walked to the Old City 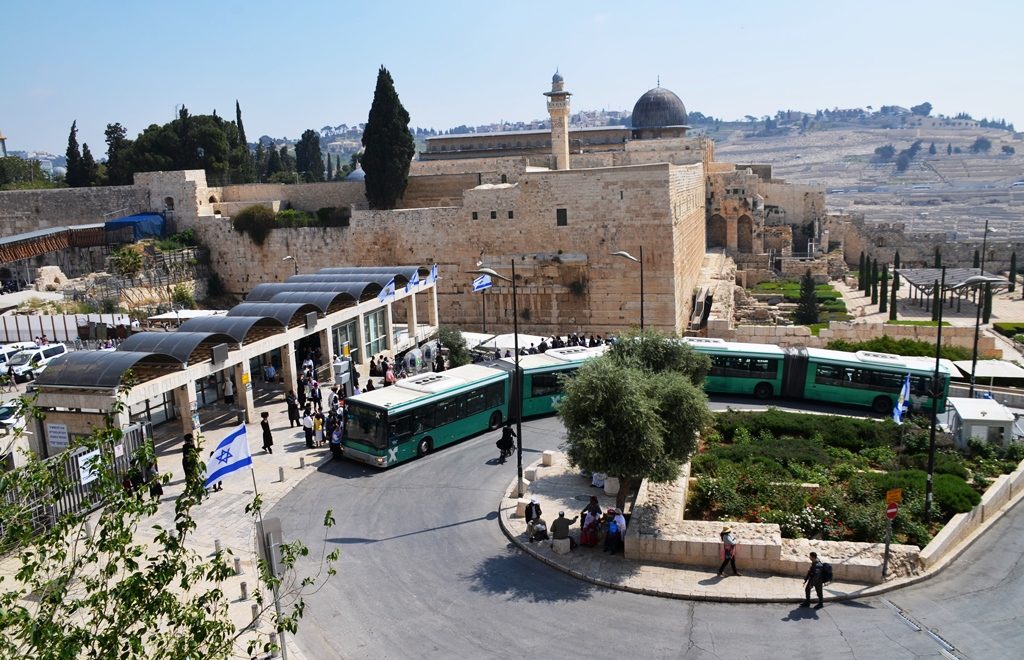 or arrived by bus after bus, on the intermediate days of the holiday, 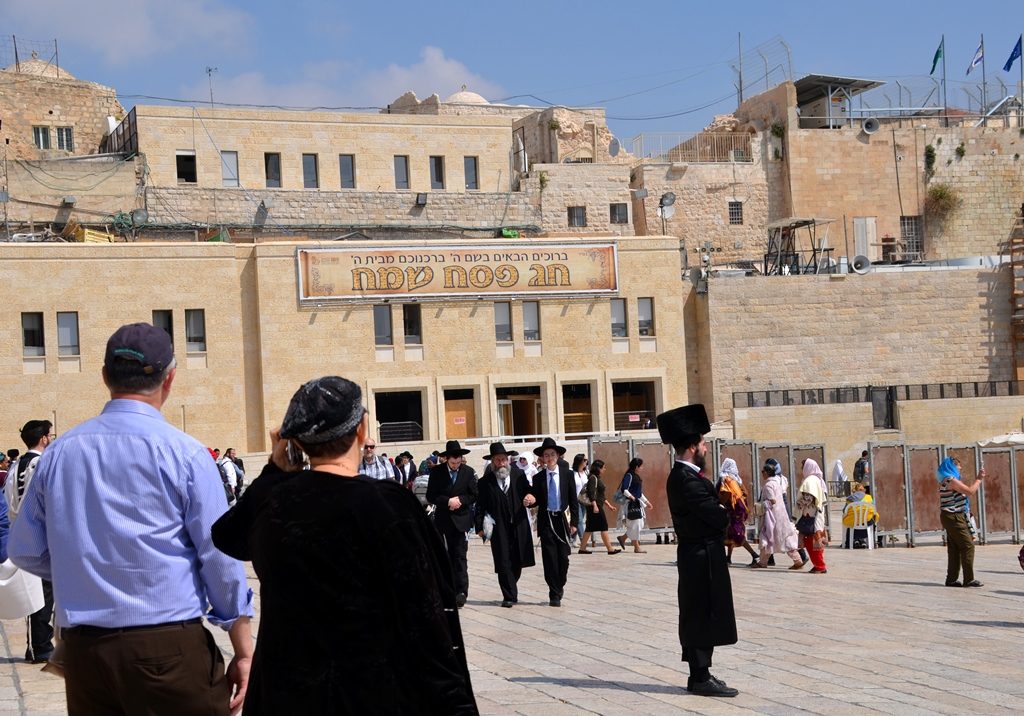 dressed in their holiday finest at the Kotel, Western Wall, plaza. 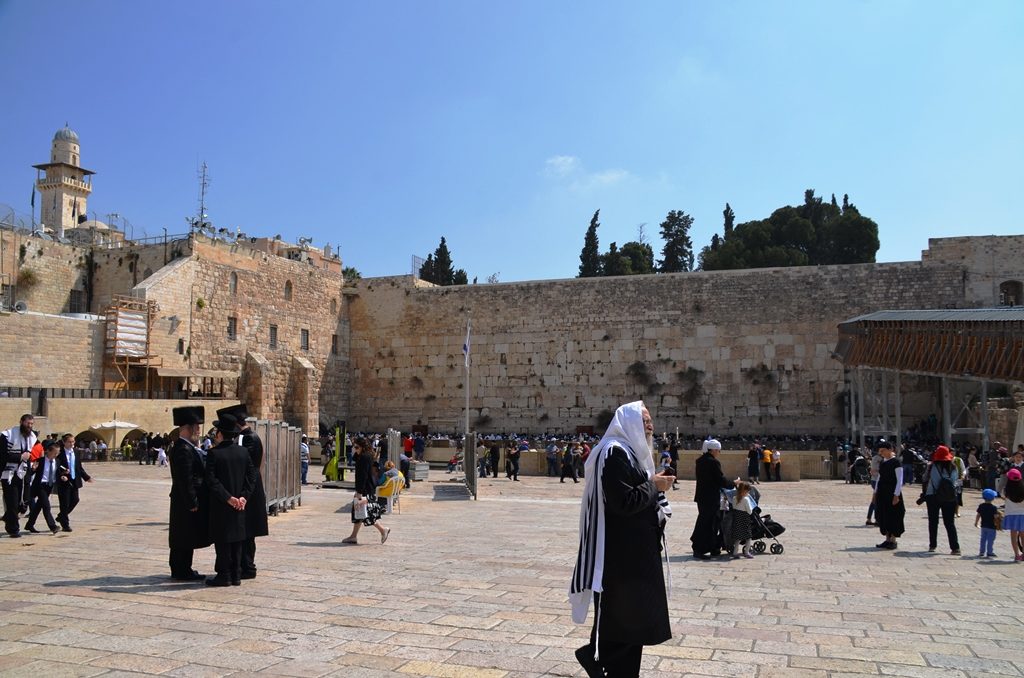 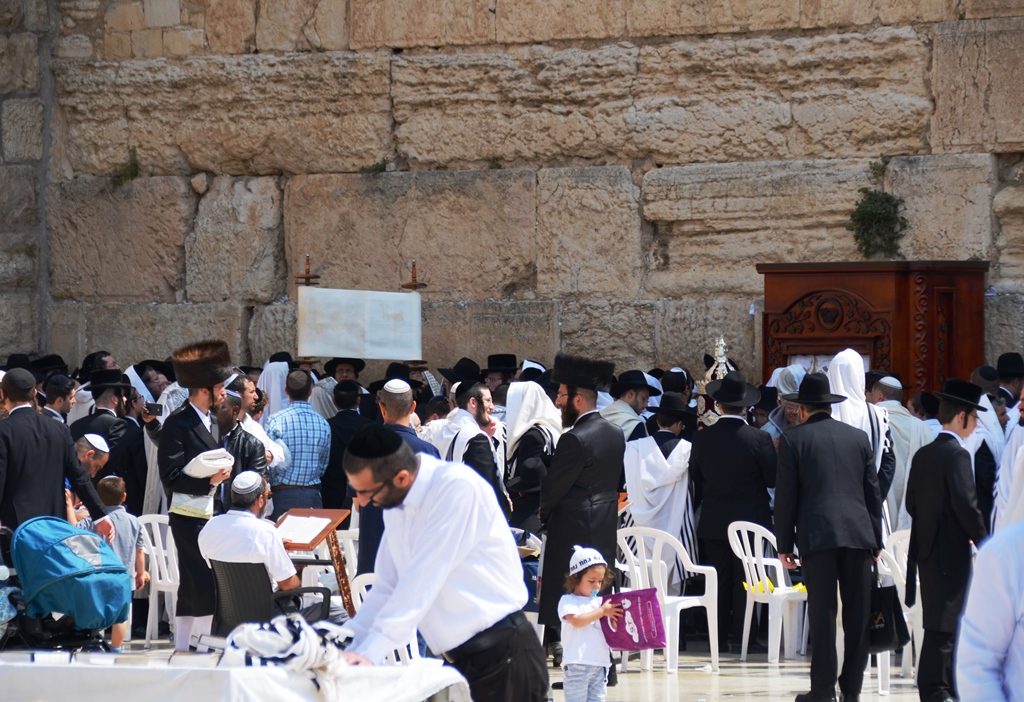 went well into the day, with participants all ages 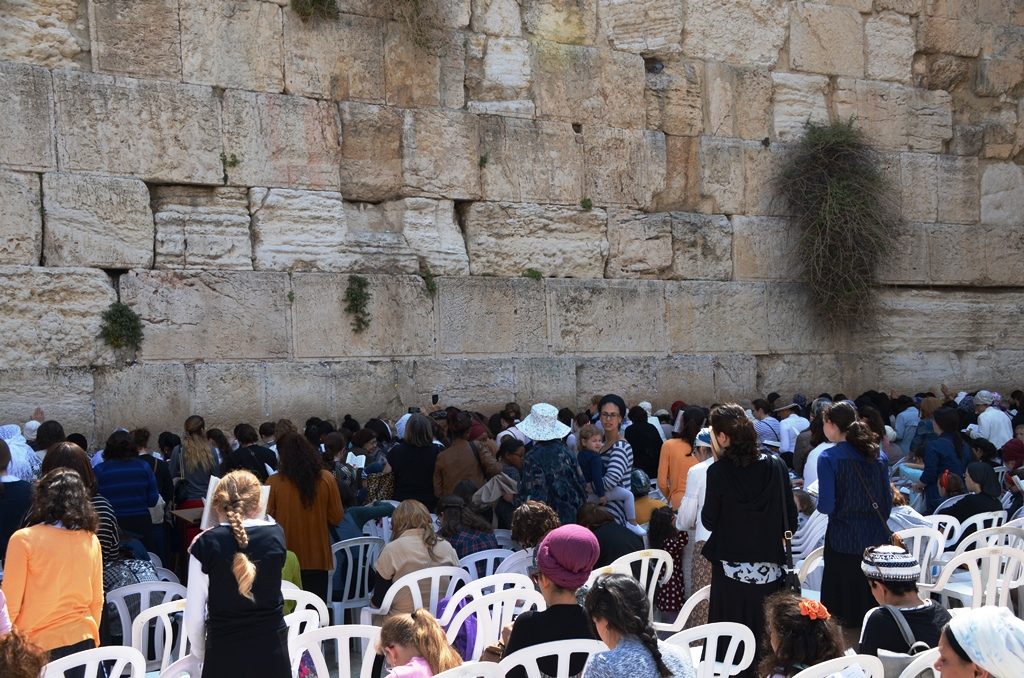 on both sides of the mechitza partition, 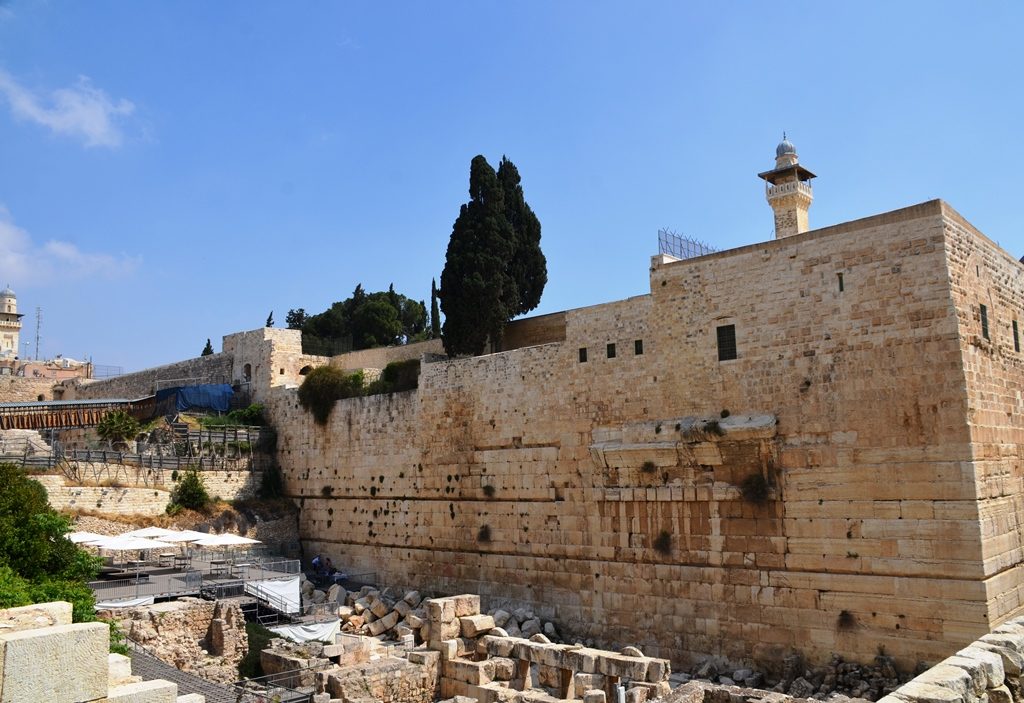 and in the new area where all pray together.

Holiday scenes from the Old City 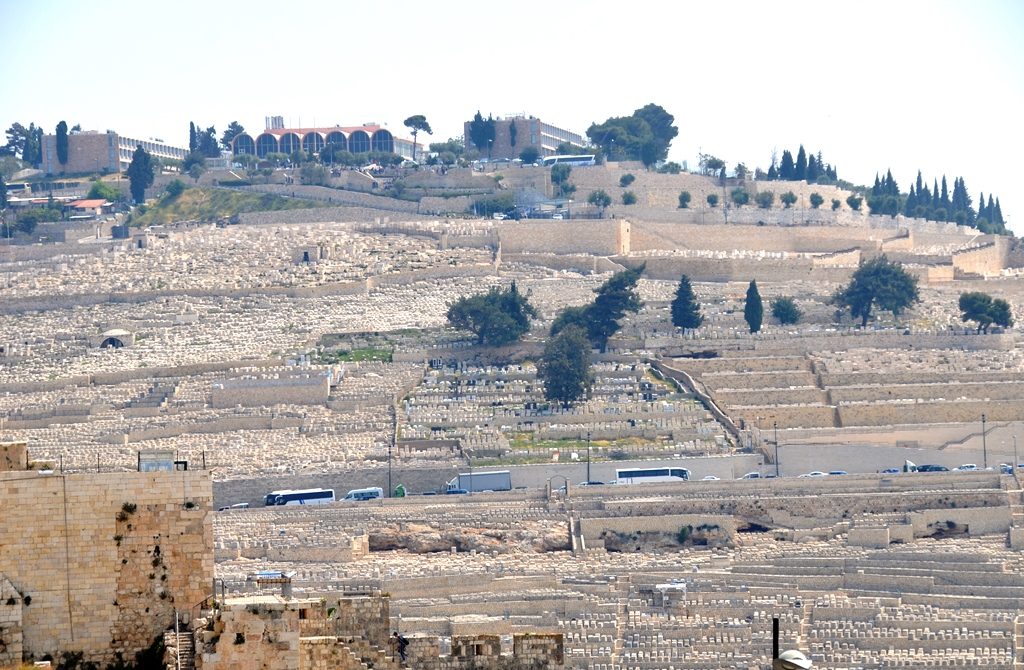 included buses lining the road on the Mount of Olives, 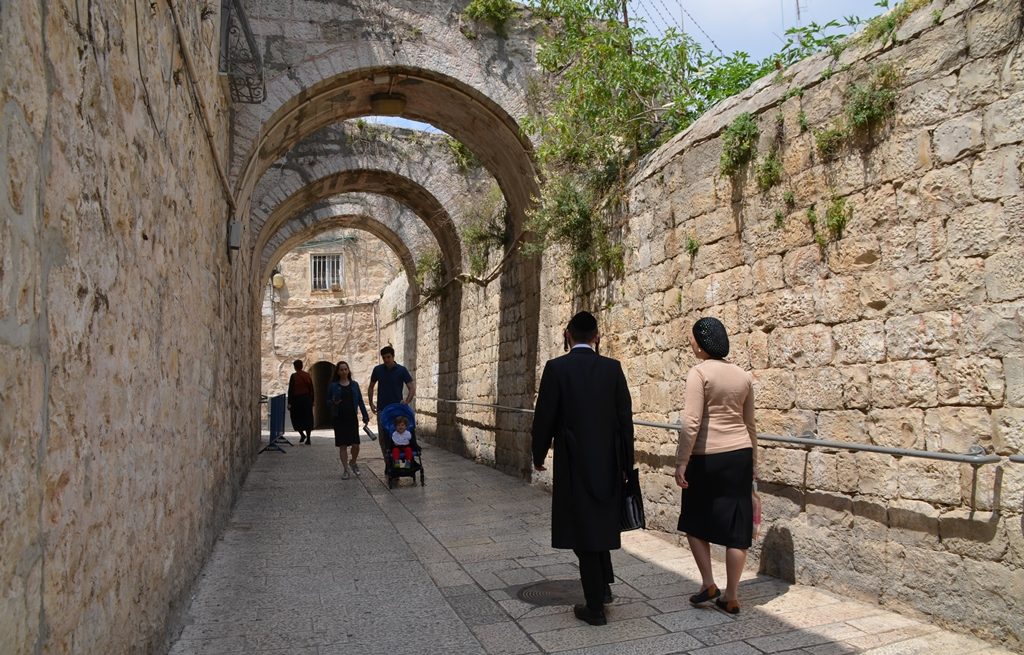 as well as people coming and going as usual.

New to these ancient streets is 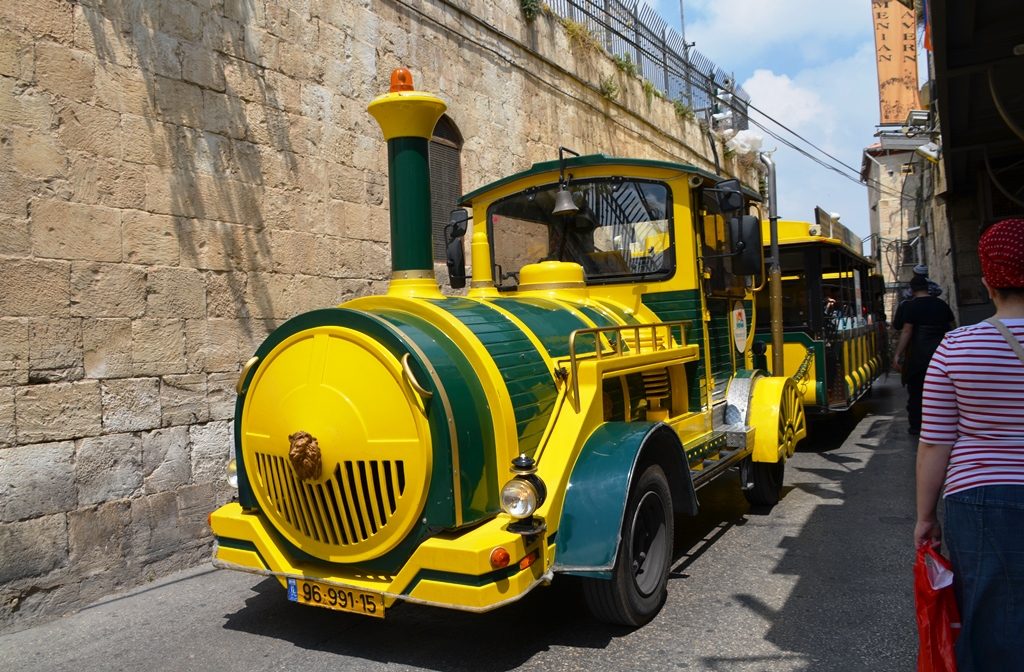 the colorful tourist train which starts from Jaffa Gate 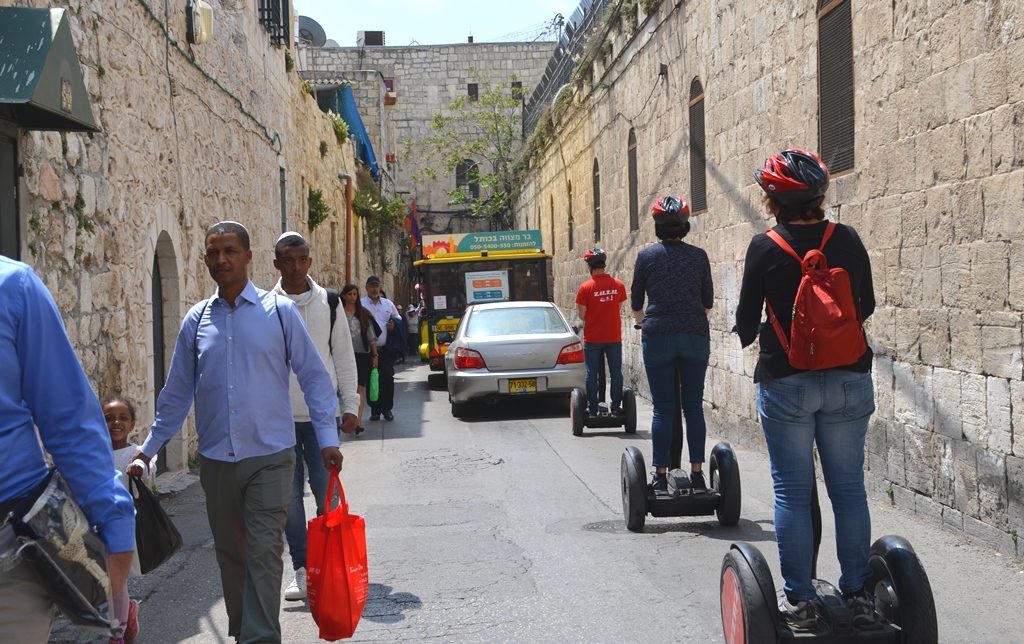 and shares the road with buses, cars, segways,

and pedestrians going in both directions.

This year since Passover and Easter coincided,

I was hoping to find more Easter scenes, 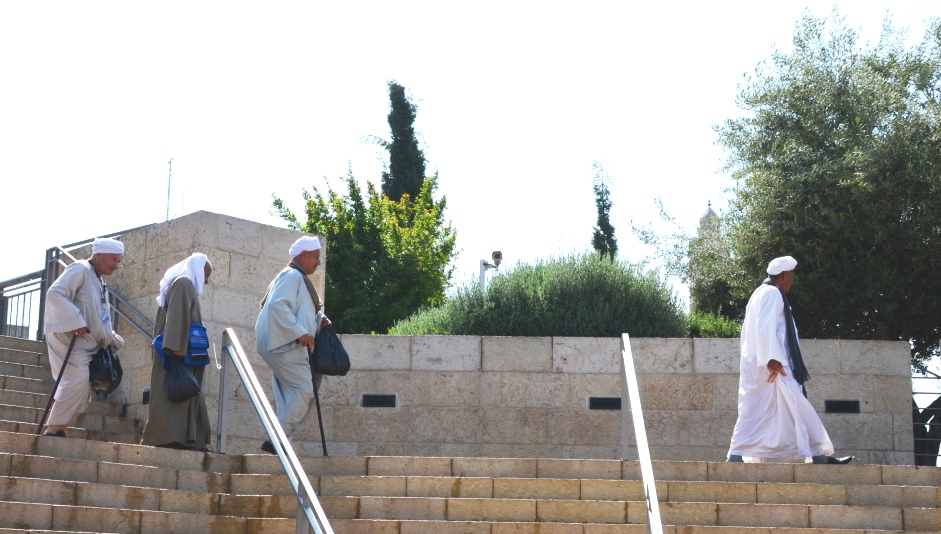 but I came much too late for sunrise services.

I did spot a few men leaving the Old City,

perhaps they were Copts from Egypt. 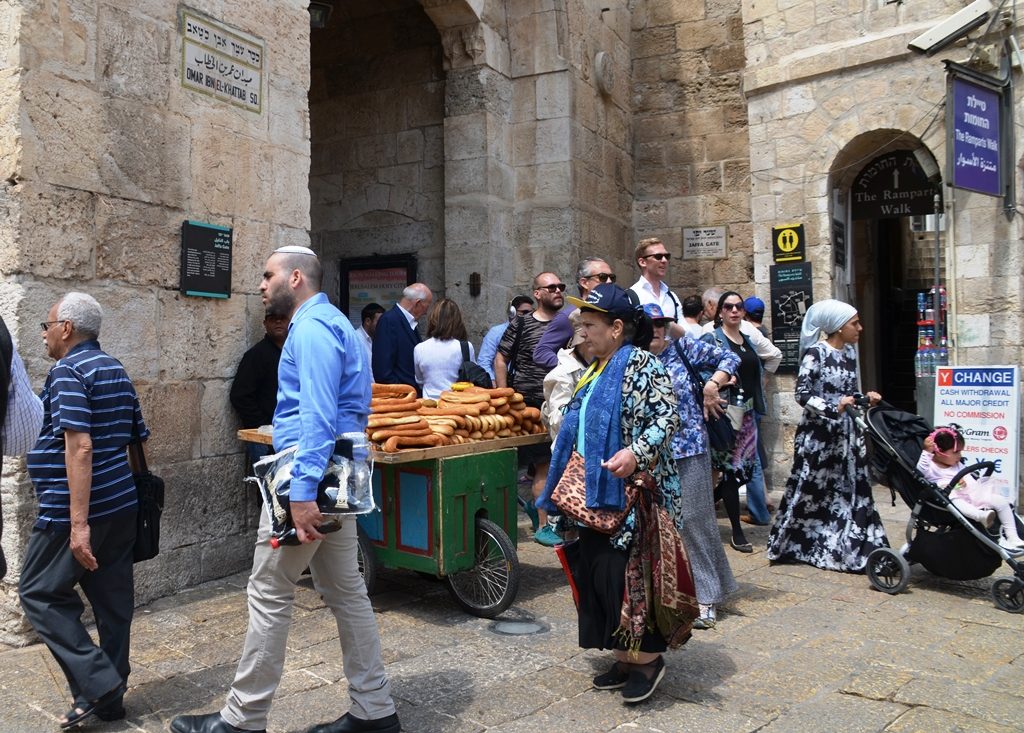 Easter buns and beigele were being sold by the Jaffa Gate

for anyone craving fresh baked goods on Passover.

However, there were more things to do in Jerusalem 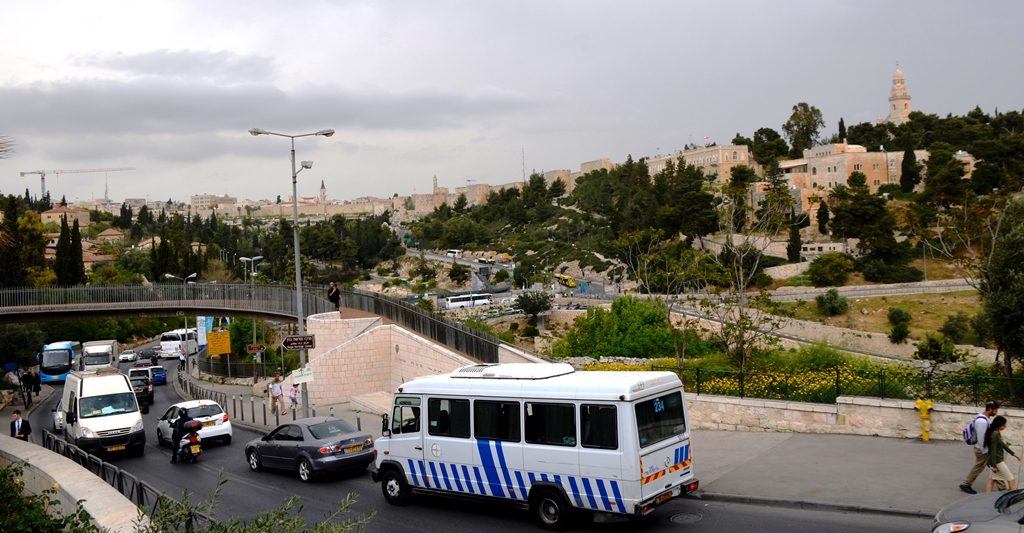 than just going to the Old City. 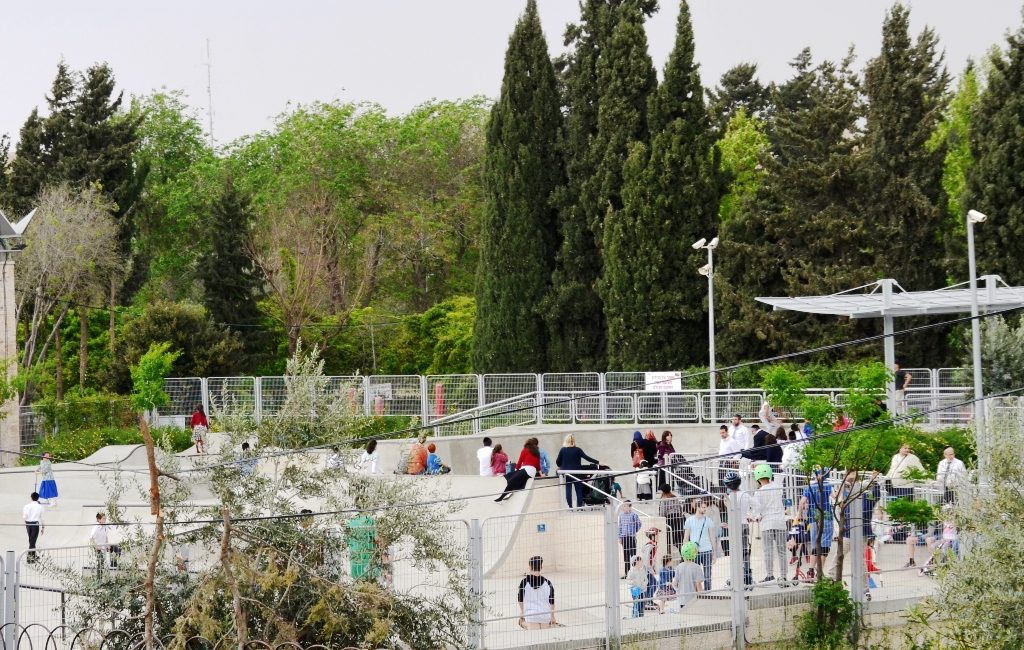 along with Jews, both religious and secular.

Nearby, the Menachem Begin Heritage Center 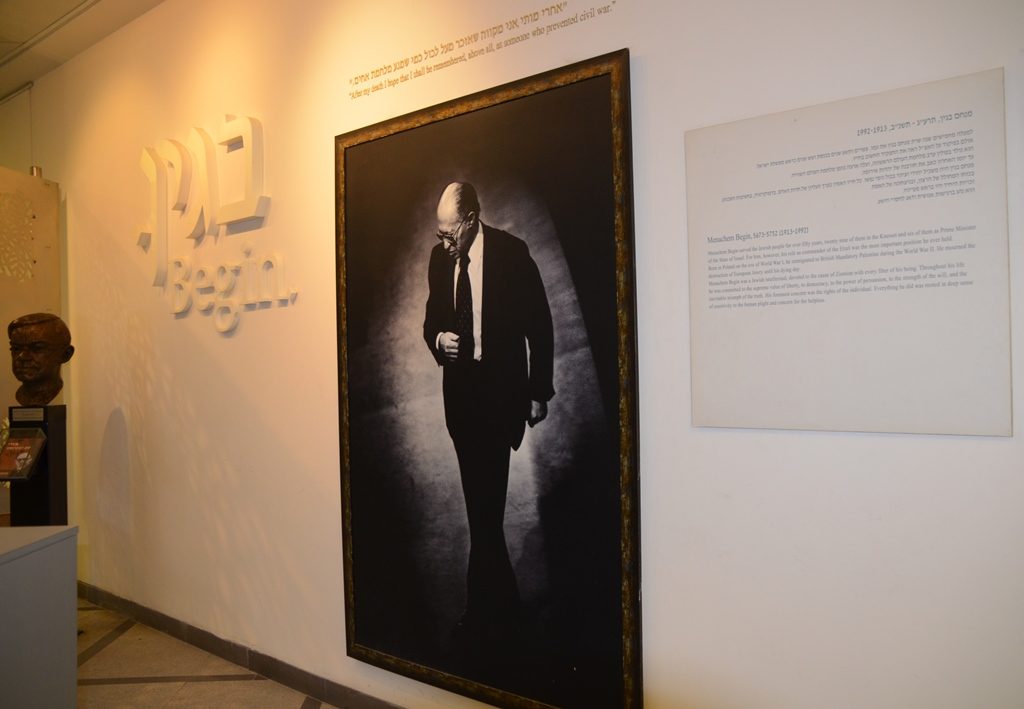 had activities and free tours all day long.

I did not know that tours

had to be booked in advance.

But since we arrived at the end of the day,

we were able to wait a bit and join a tour.

I usually mention the tour on photo walks in the area.

Now that I finally took the tour myself

I will continue to recommend it

for its important historical information

presented in a modern, moving exhibit.

From old to new,

the evolution of the haggadah

was the theme of this  Kol HaOt event at Inbal Hotel. 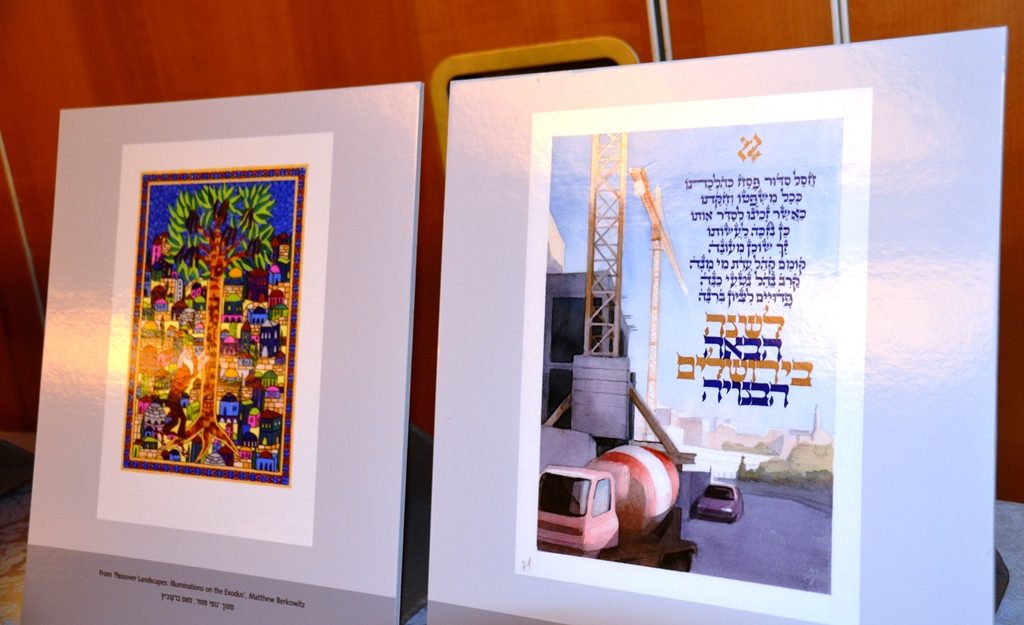 while speakers elaborated on seder symbols,

design, and the history of haggadot.

The page on the right which reads “Next year in Jerusalem”

For me, an illustration of the transition from ancient to modern.

There is so much building in Jerusalem, 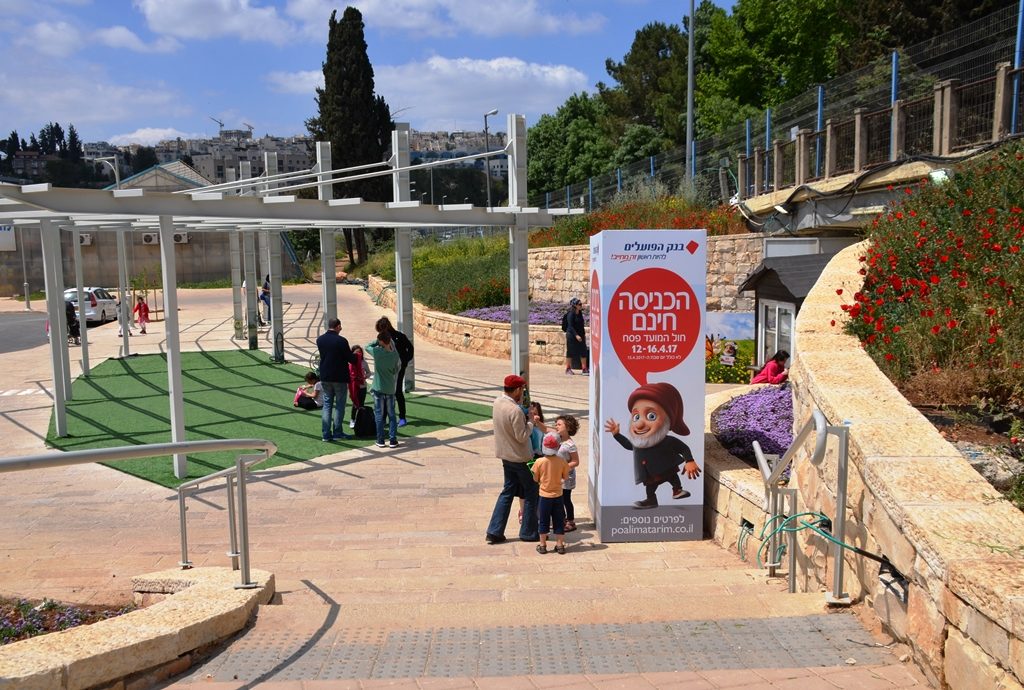 A place where one can really appreciate the development

is the Jerusalem Botanical Gardens,

which also had free admission on Passover thanks to Bank Hapoalim. 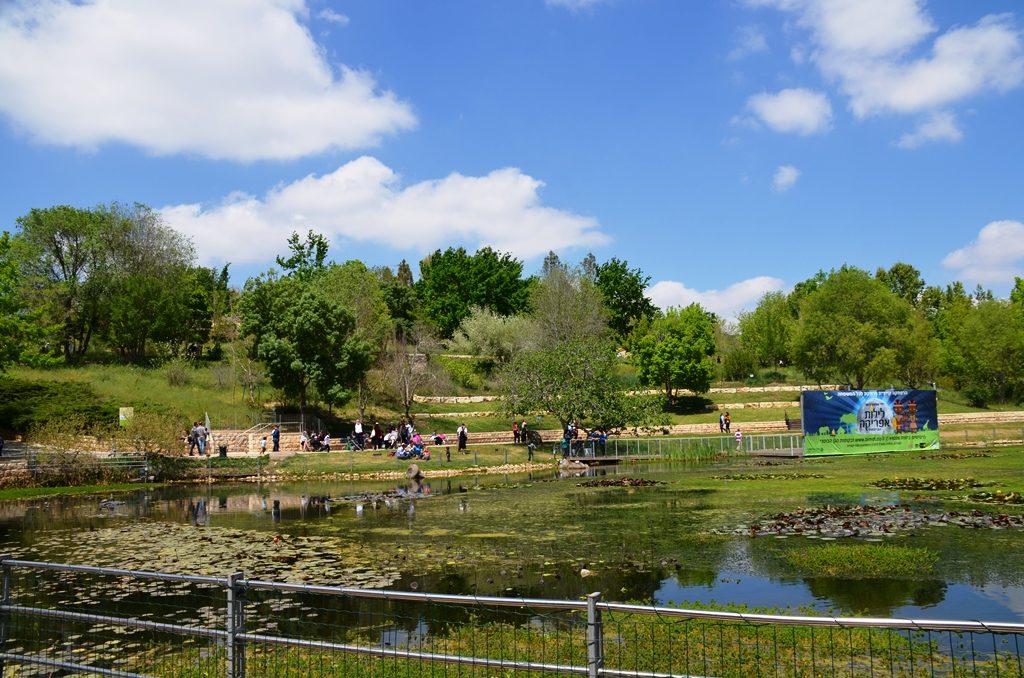 leads to the pond 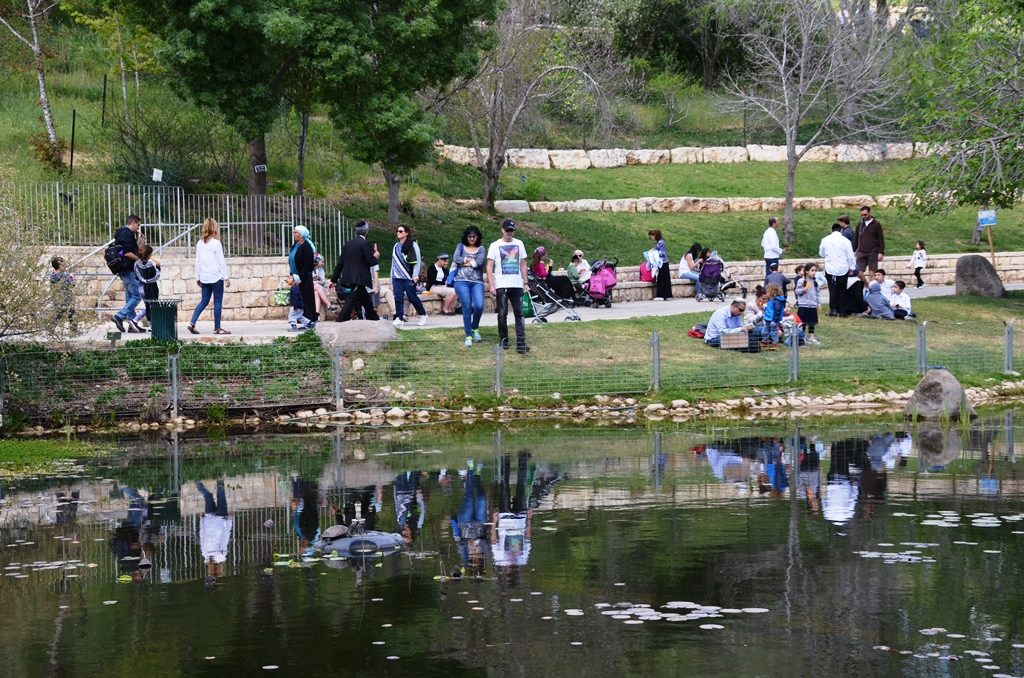 where people gathered to enjoy nature. 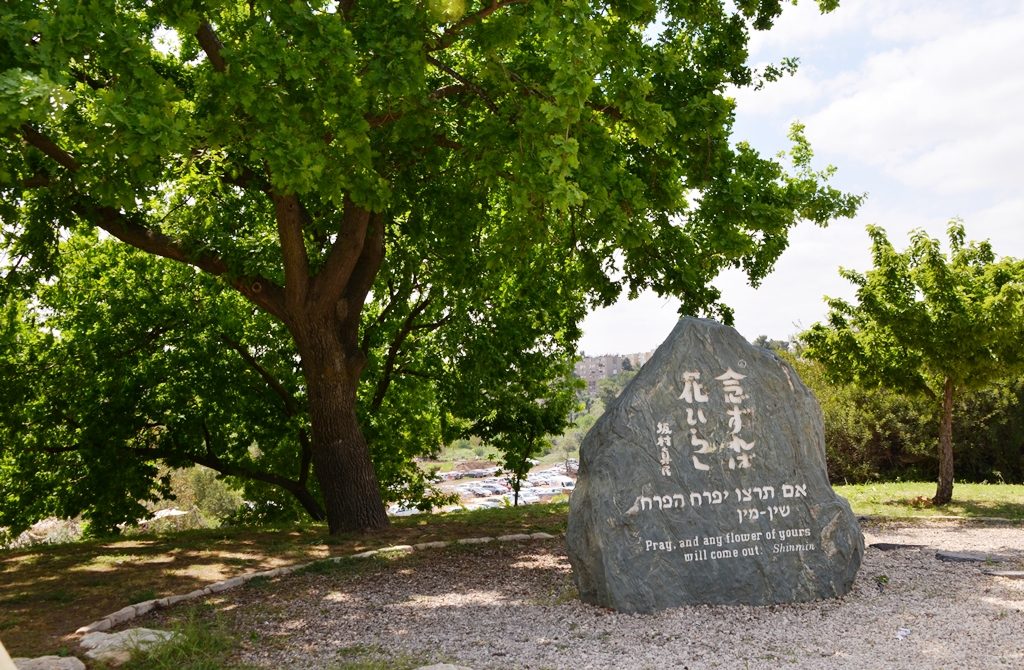 Shin-Min, “pray and and flowers will come out” in Japanese

is carved on this stone, but more than prayers went into 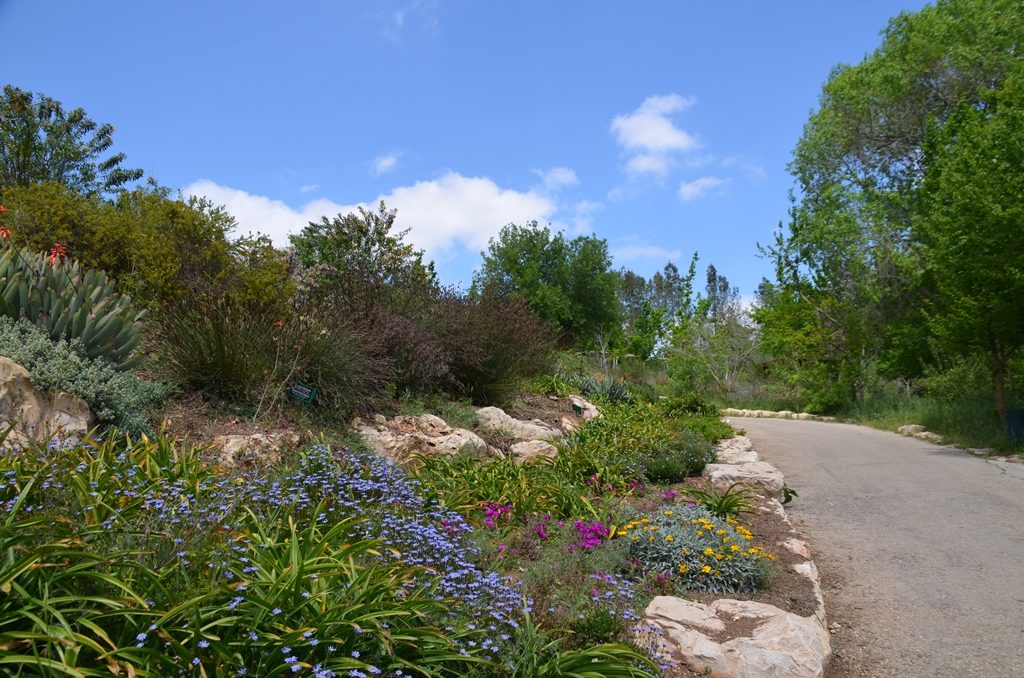 turning this old derelict space into 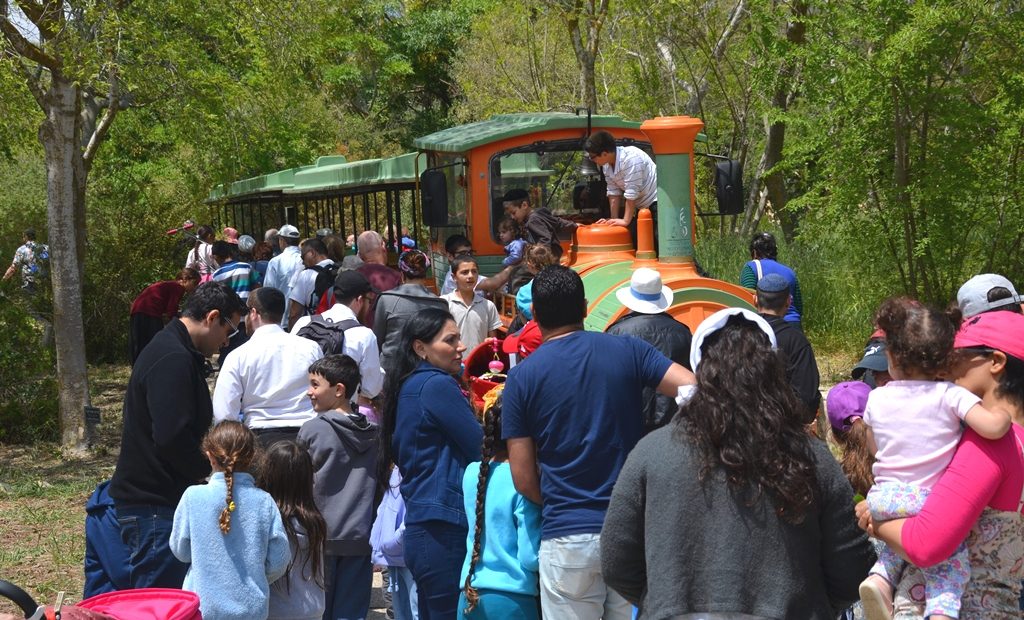 but the gardens are divided into well-marked growth areas,

such as Australia and South Africa,

and all the vegetation is identified. 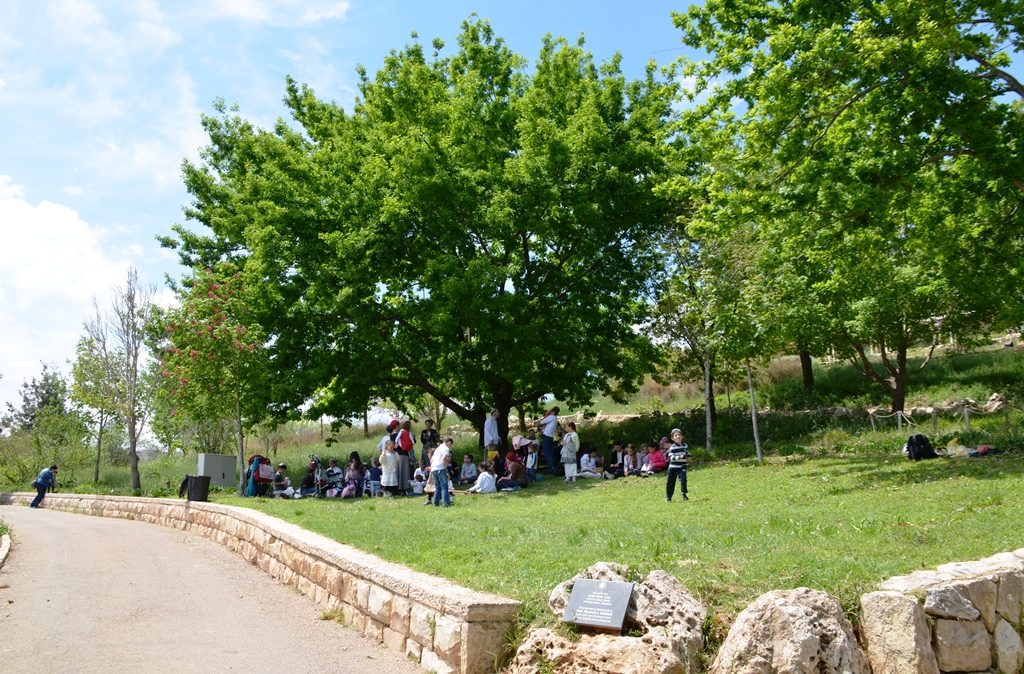 Groups or individuals could easily 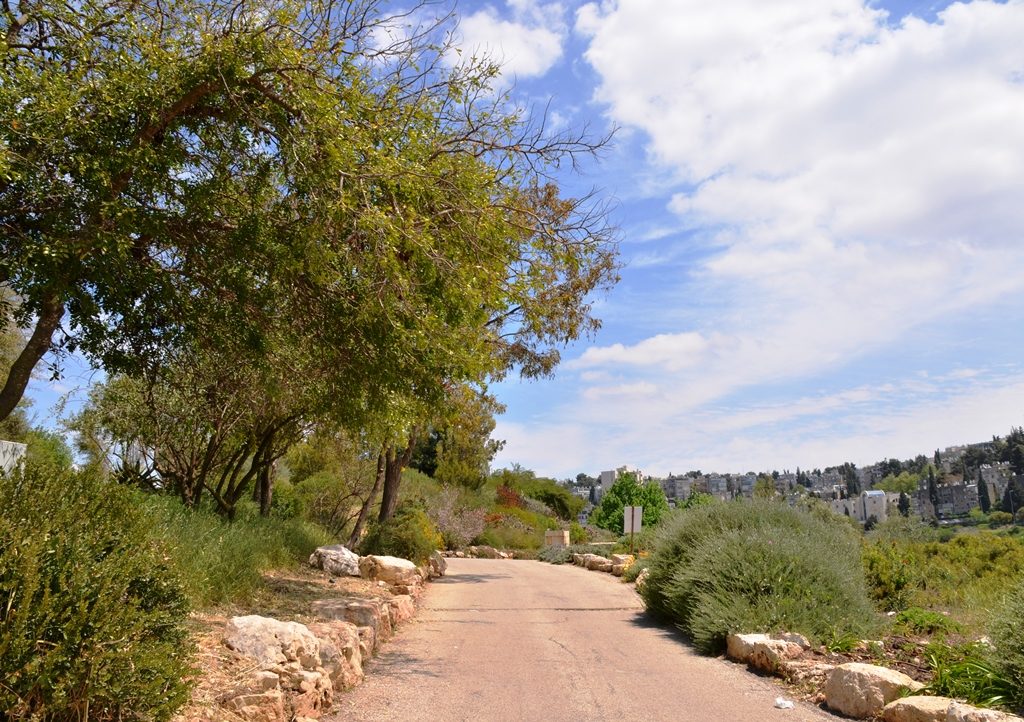 this man-made oasis in the middle of Jerusalem. 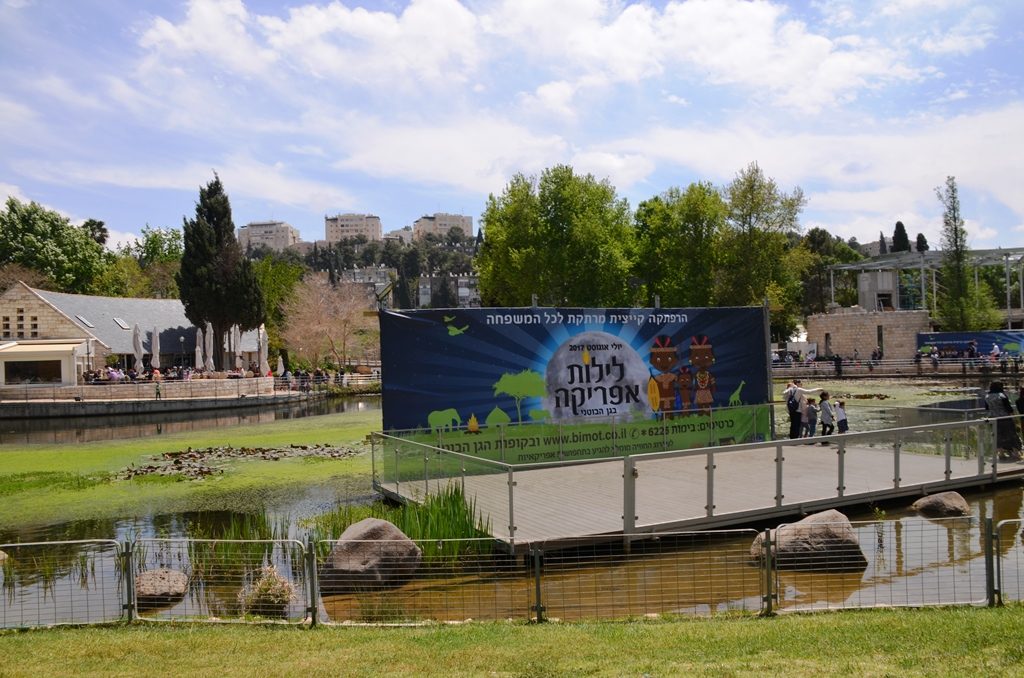 There was much more to see in the Botanical Gardens, 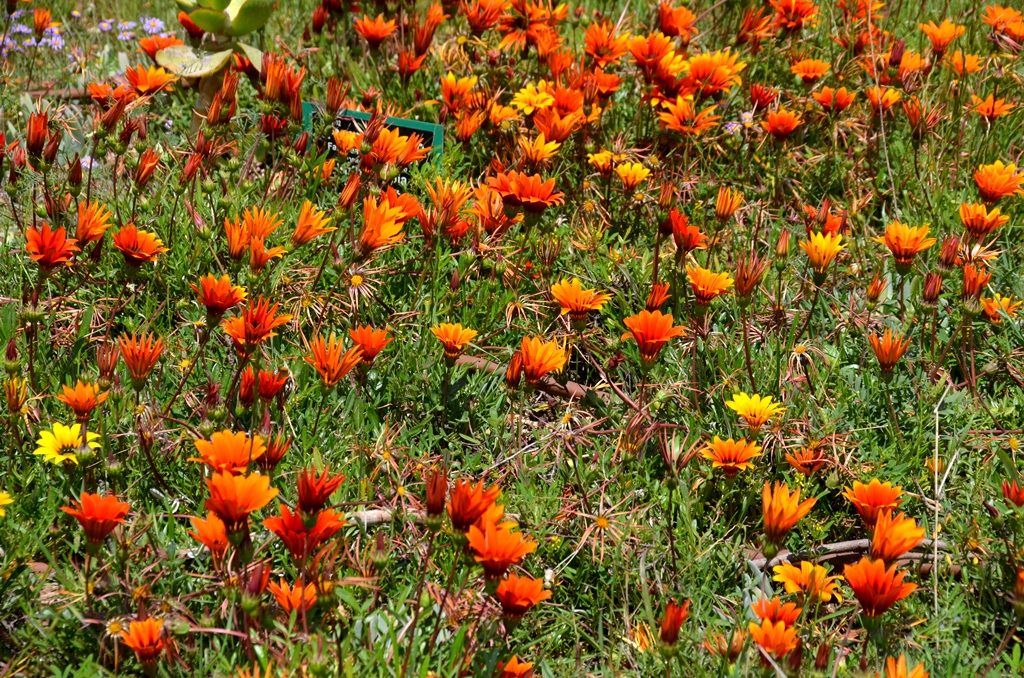 but the festive holiday meals involve lots of preparation.

Over the holiday, the overcast skies finally cleared.

but not enough to ruin holiday outings

or the Passover greeting on the buses.

3 thoughts on “This Year in Jerusalem, Best of Passover”