No one knows for sure what will happen next.

This week, for example,

the weather changed so many times

it was impossible to keep track.

Starting on Sunday, rain was on and off. 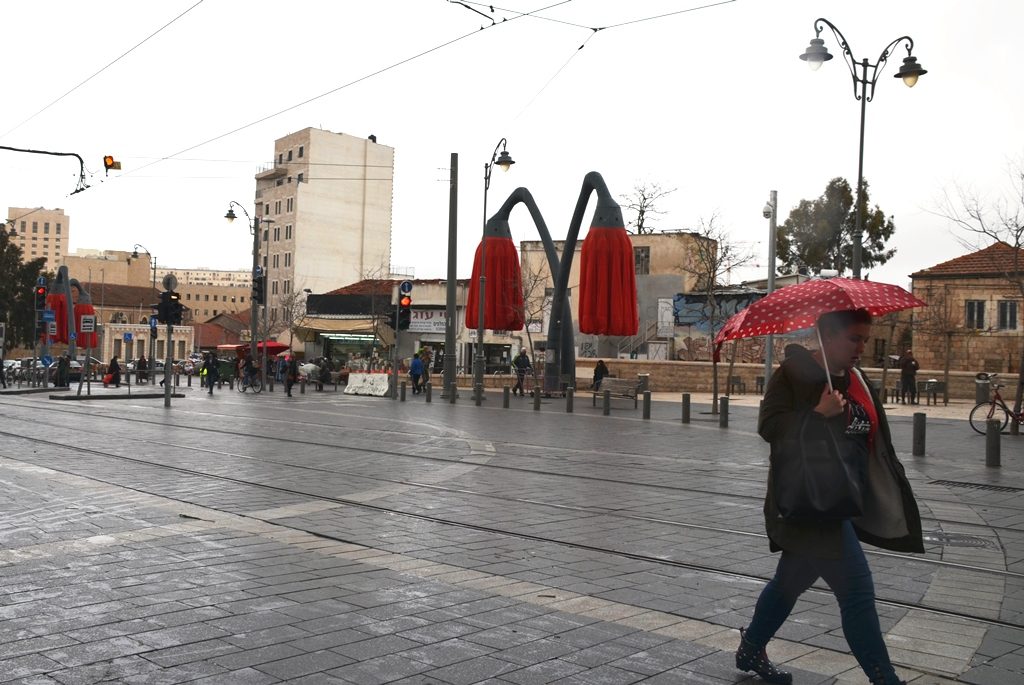 Jaffa Road was wet and deserted. 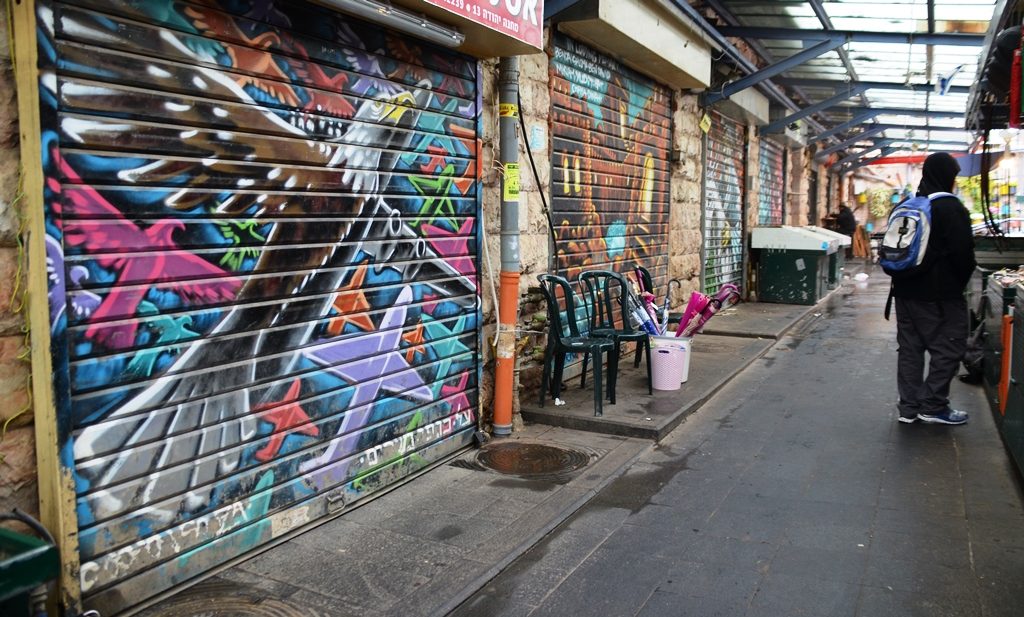 Inside Machane Yehuda Market, the shuk,

there were rows of closed shutters,

but umbrellas were out for sale in many places.

A few years ago, the Municipality came up with a plan

to attract people to Jerusalem at night in the winter

in a different center city location, 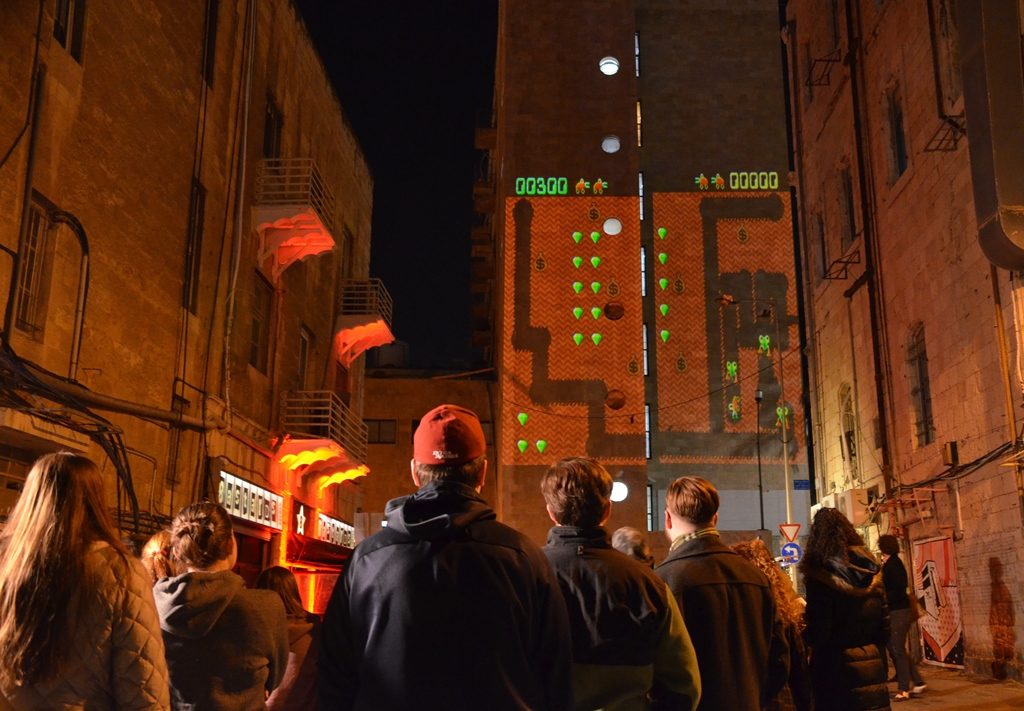 people were to come to fill the streets and be entertained.

Last week was the first of the series

held on Shushan and Horesh Streets.

This was a clever projection,

the player was on the sidewalk,

but his screen was many stories high on the wall. 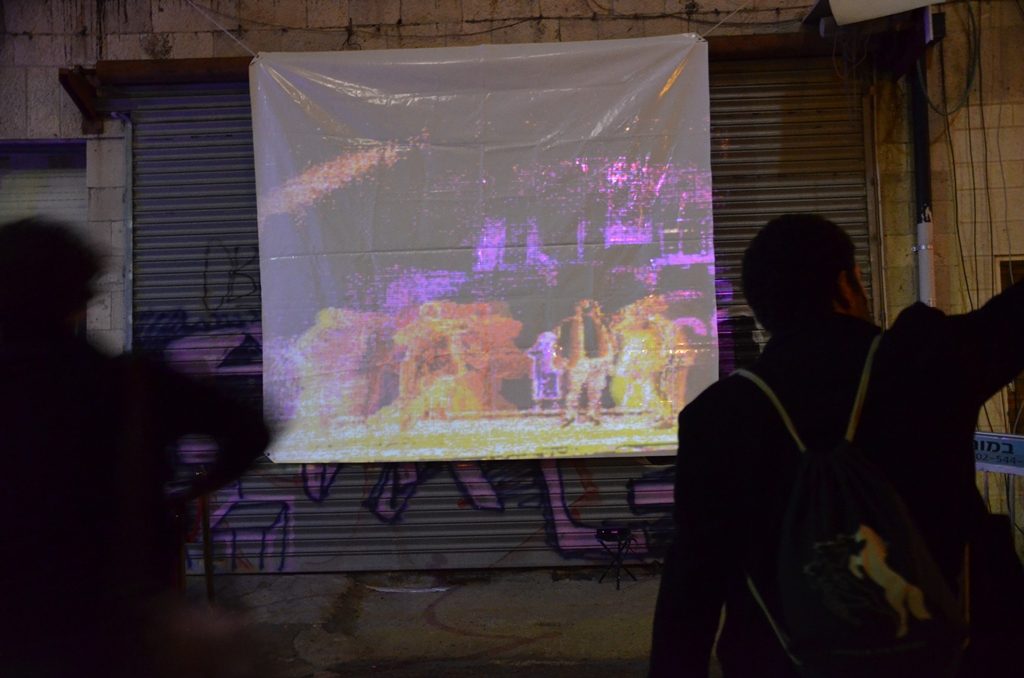 Can find me here on this screen? 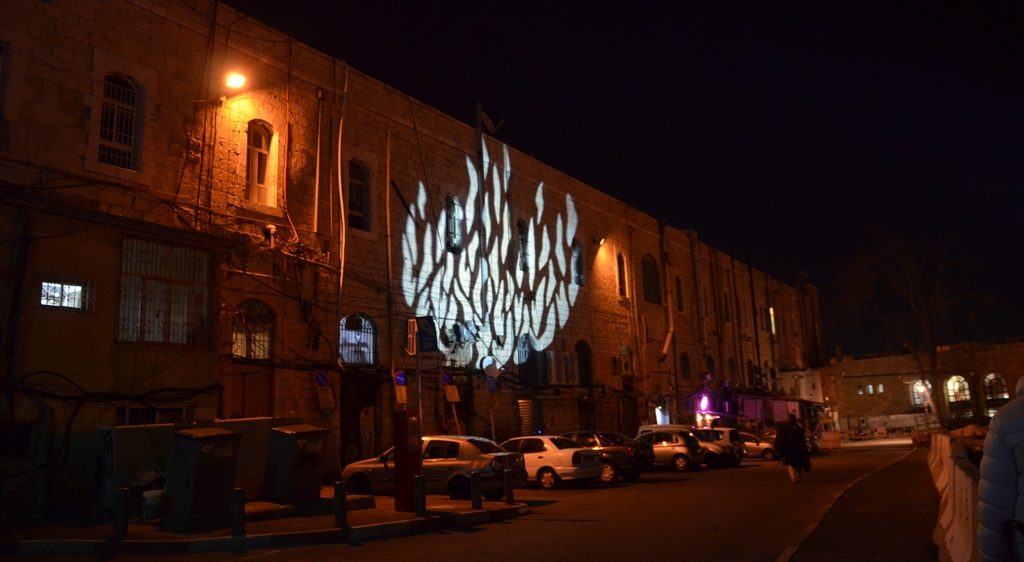 to take photos of these light projections, 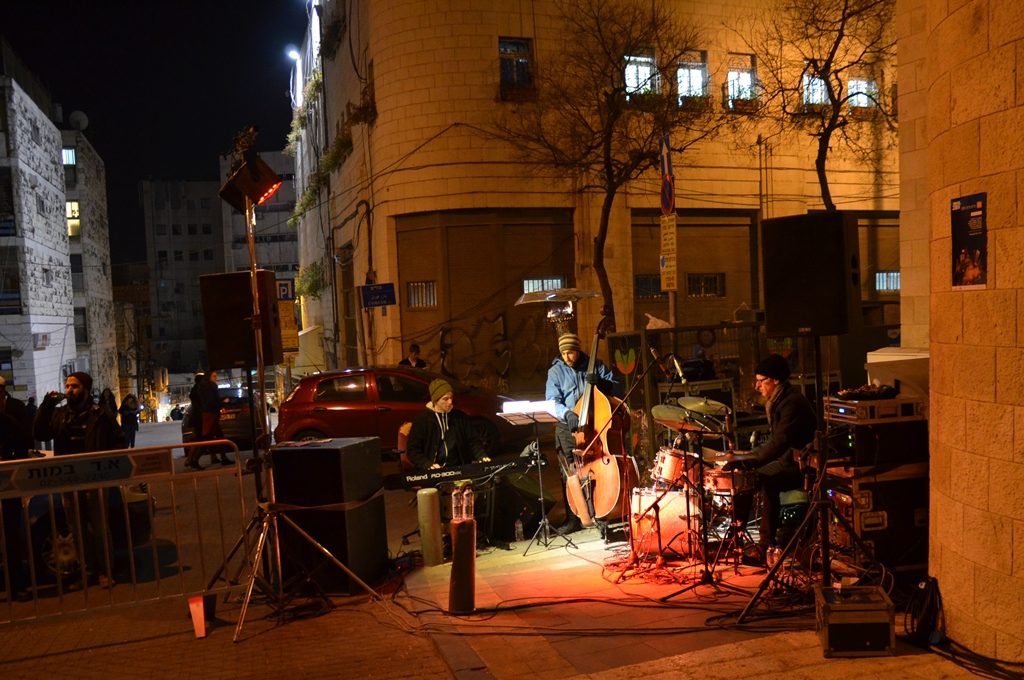 and live music in multiple locations. 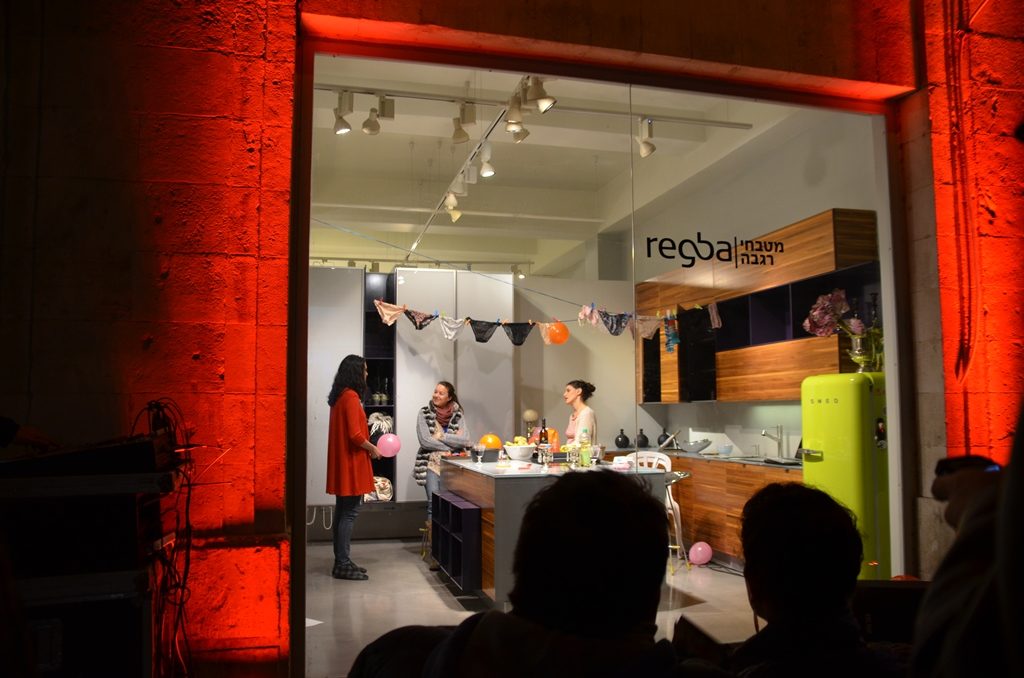 Actors performed in this store,

while the audience watched from outside.

Across the street, a new boutique hotel called 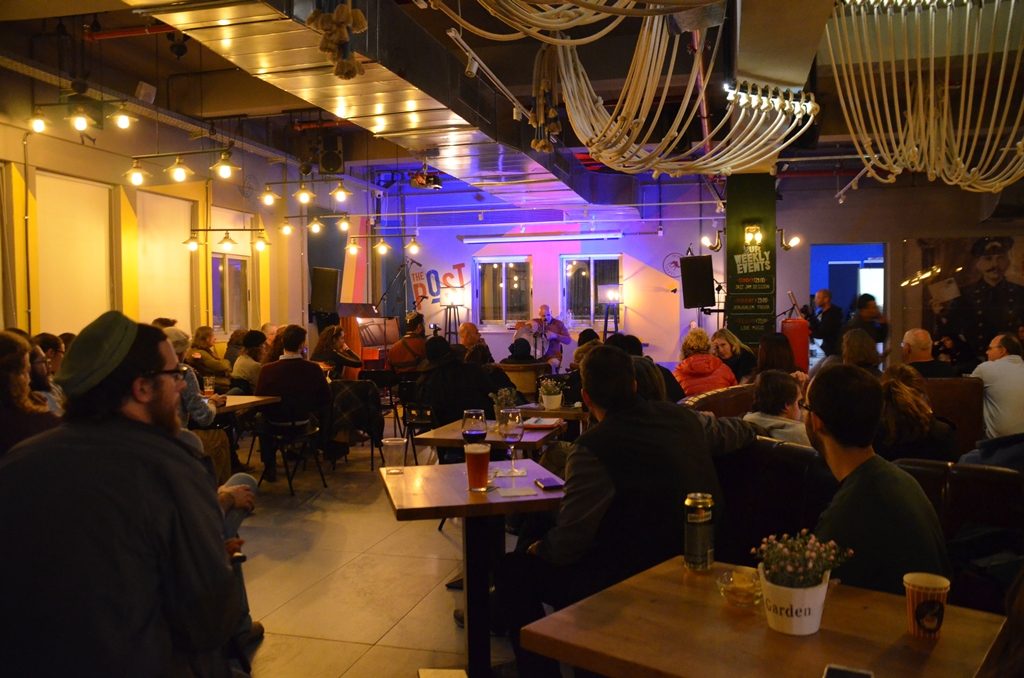 had live music, food and drink,

and was a great place to sit and warm up.

But most of the Winter Noise takes place 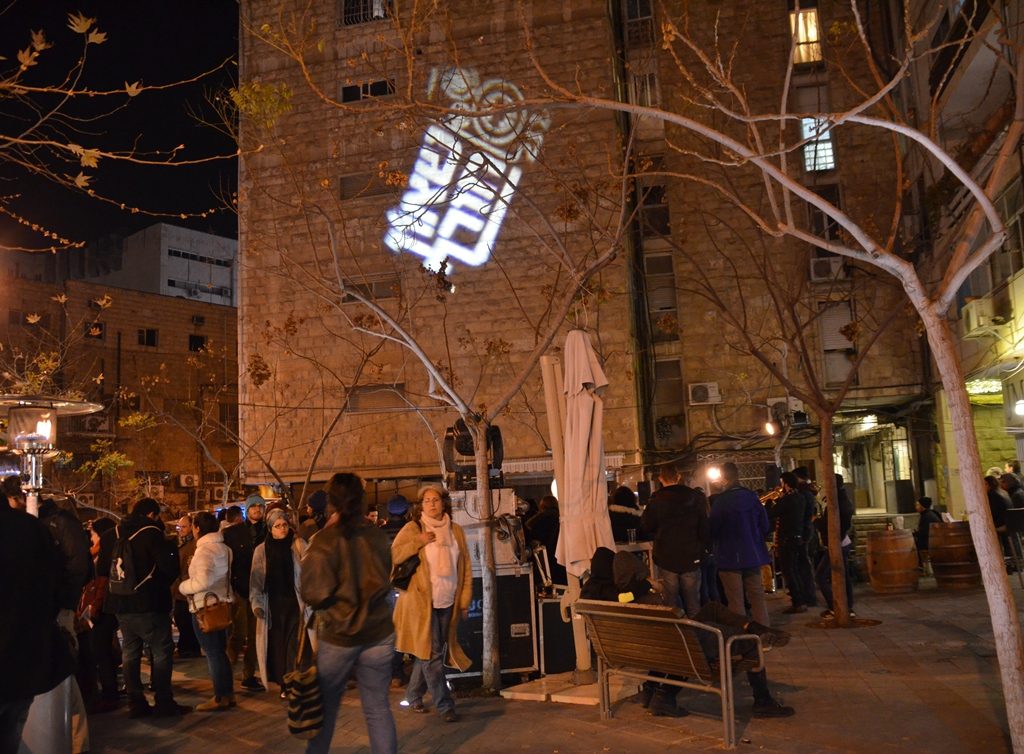 outside on the streets, 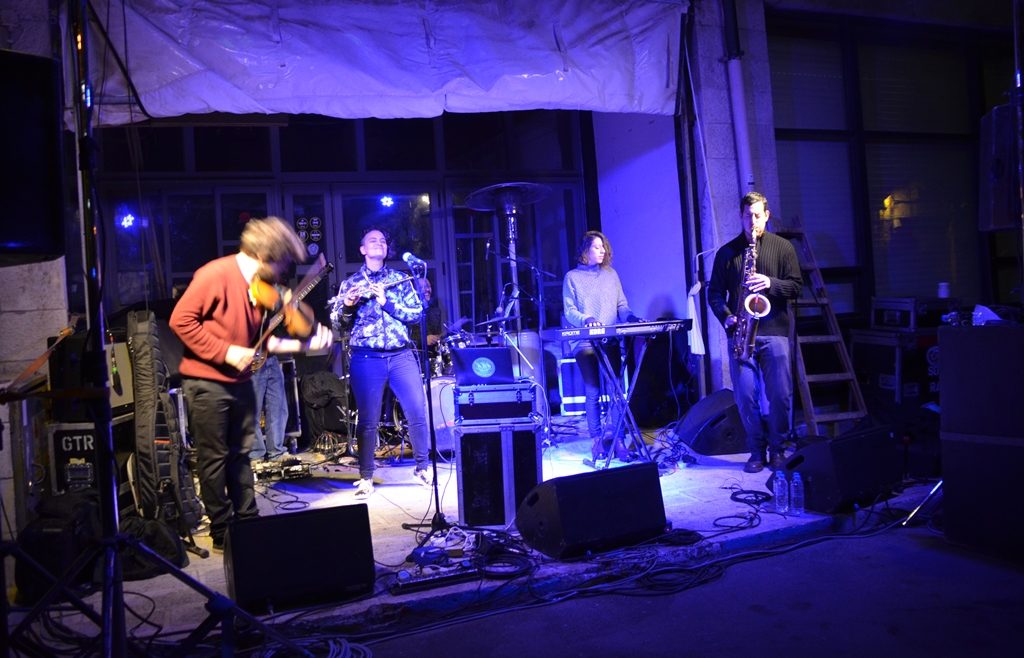 with free concerts and entertainment.

Alcohol and food are part of the fun in most locations. 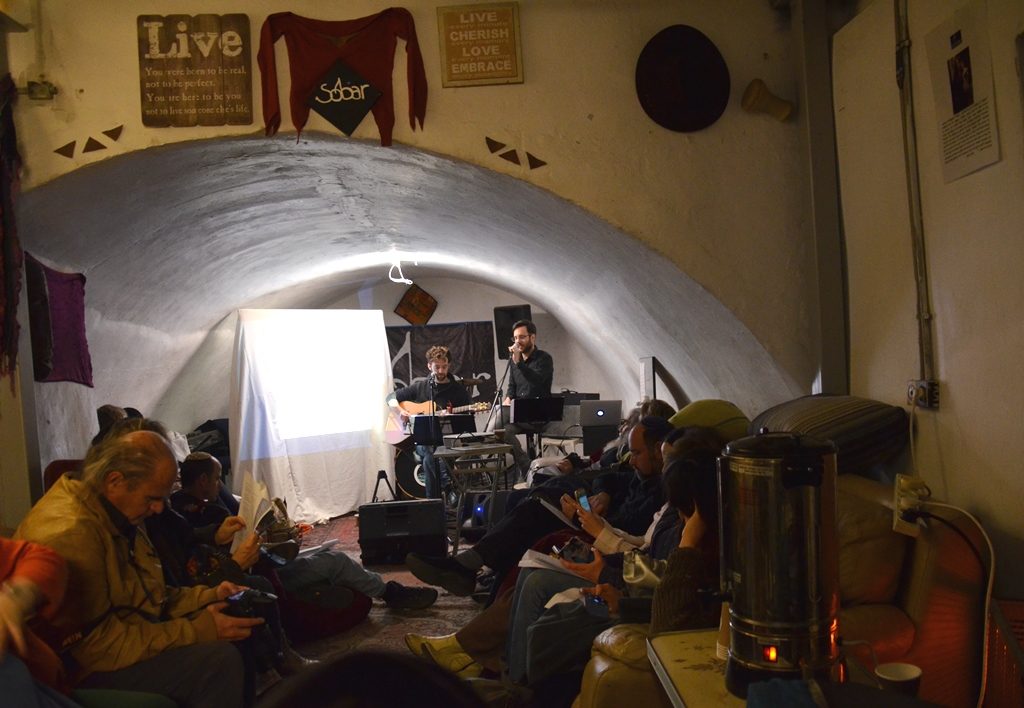 At Sobar, there was coffee and music,

since it is a new alcohol and drug-free venue. 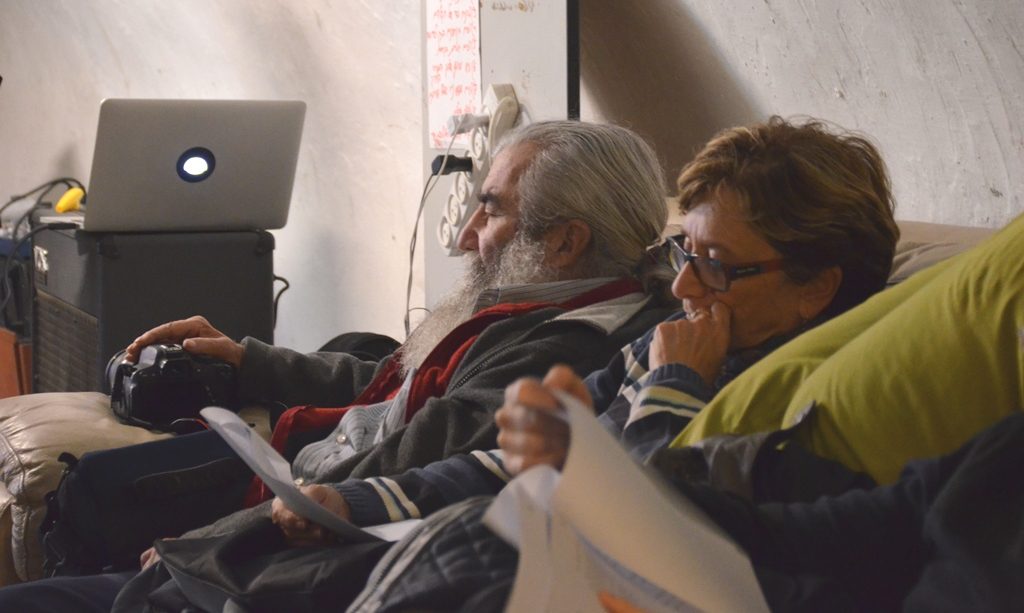 listening in the audience.

How do I describe the way to Sobar? 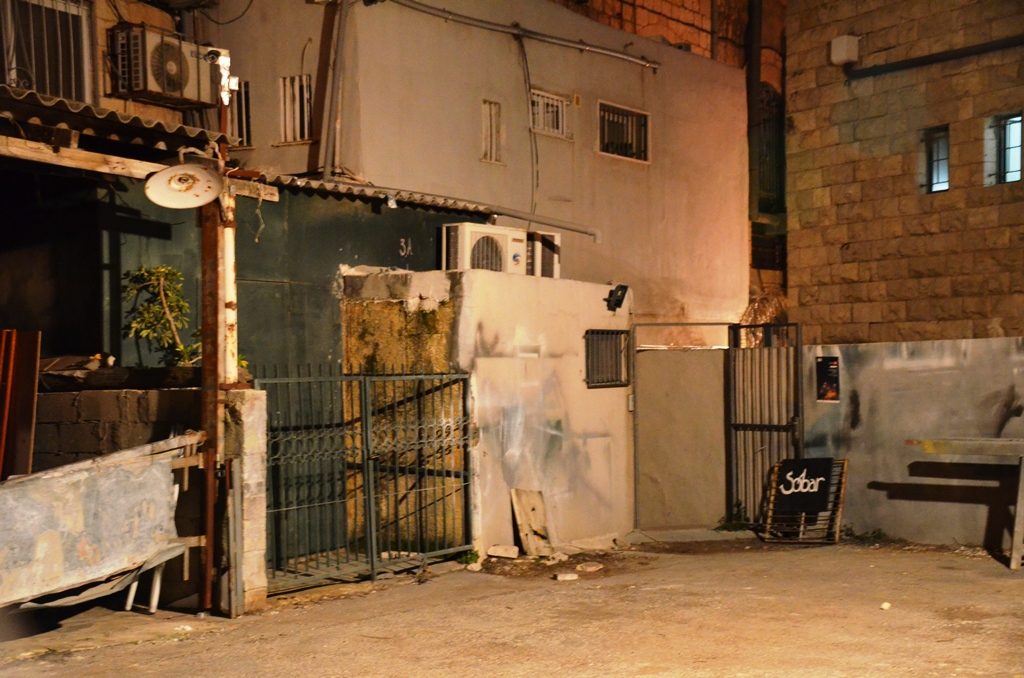 Go to the end of Shushan Street,

through the gate, to the right and then left.

I often walk around Jerusalem, Israel, at night,

but never on these streets in the dark.

I was really glad I had asked a friend to come along. 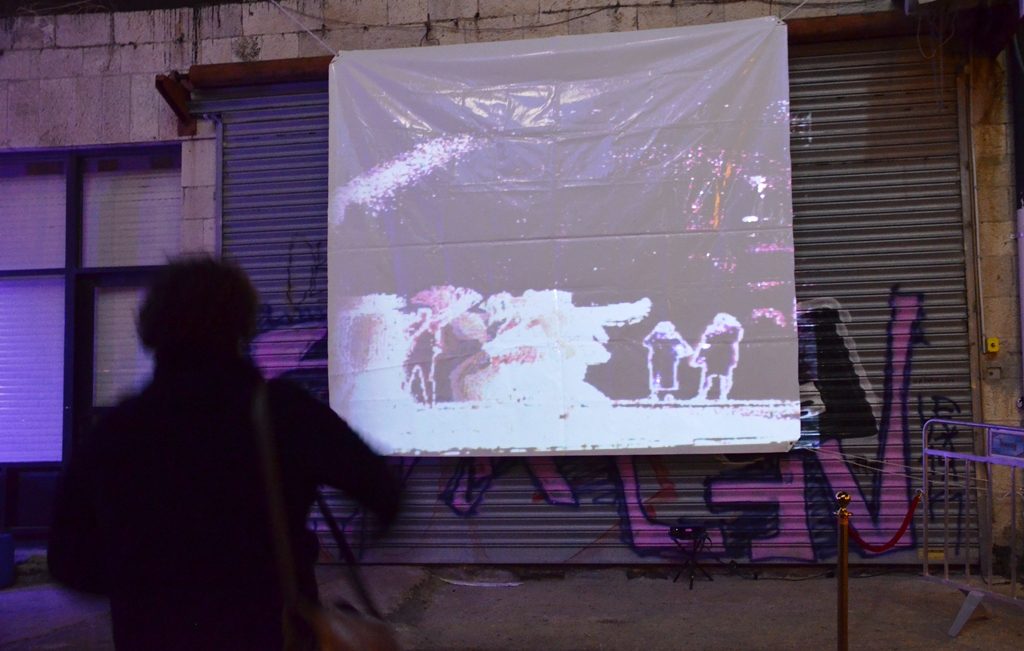 Now do you see us here?

I never would have never ventured in alone 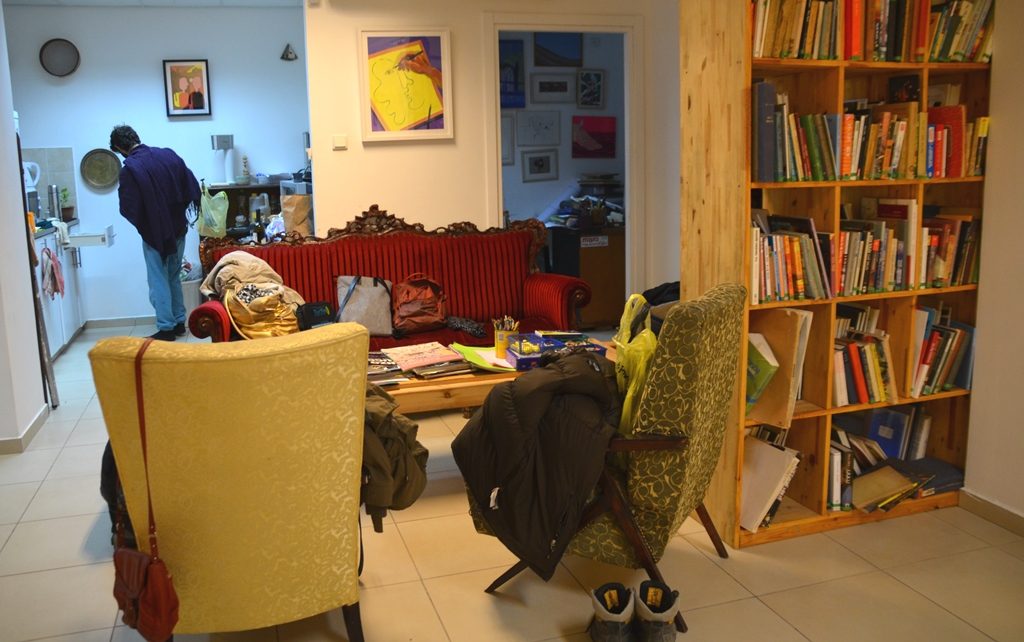 and seen this art gallery and artists’ center.

The first week of Winter Noise was fun.

I discovered and saw many new locations.

But, I am glad I did not post this last week.

Winter Noise was on Shammai and Hillel Streets this week.

There were to be 6 more locations than last week,

but there seemed to be far fewer.

The “entertainment” was not good.

I could not find one thing to photograph and share.

At a conference this week,

with some of the “culture” and entertainment,

and how the city spends its money.

This second week of Winter Noise,

proved him to be all-too correct.

It was reported that he resigned in protest.

I have often questioned what is considered culture here.

I agree with King, this event was tacky and trashy,

and I am relieved I did not encourage anyone to go.

Only good thing I saw,

was that due to the inclement weather, fewer people came.

Each week is different,

I hope next week Winter Noise gets back on track.

When the rain stops, 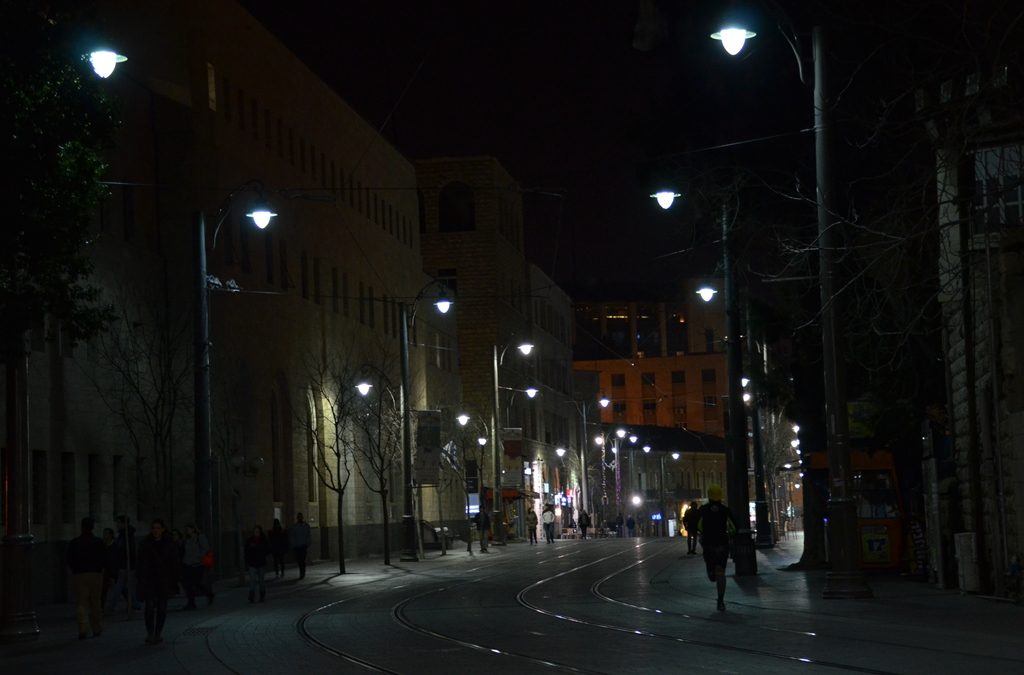 you will find someone running on the streets,

in training for the Jerusalem Marathon. 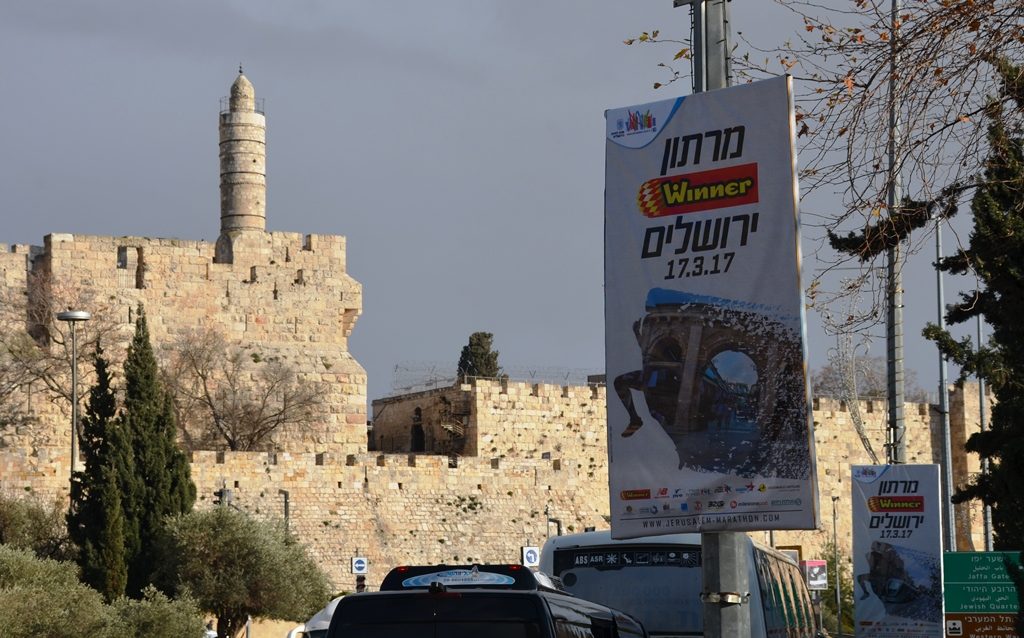 the streets will be filled with tens of thousands of people,

running and cheering them on.