The news making international headlines is that

is in the hospital in serious condition on a respirator.

One of my favorite photos of former President Peres

was taken at the Israel Museum 50th Birthday Bash

Who else would be presented with their own photo

taken at opening of the museum fifty years earlier?

Free entrance to the Israel Museum

is being offered this Thursday night.

I wish I could take advantage of the offer, but there are just too many

All the summer concerts in Jerusalem parks

and the Hansen House special children events have ended,

as it’s time to go back to school.

My favorite posters are up, 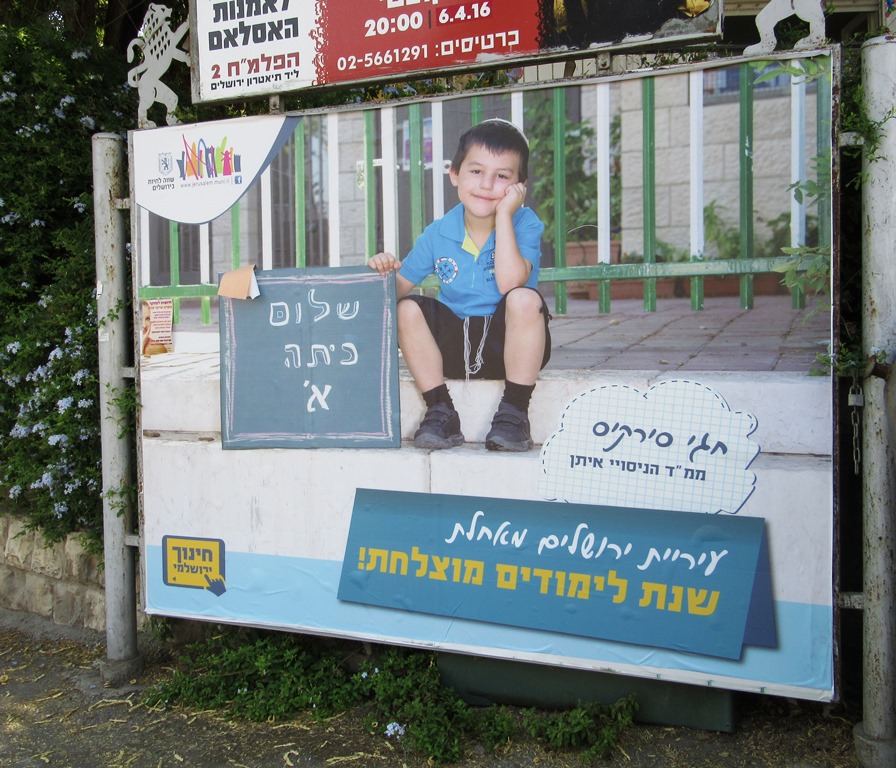 like this one of the Jerusalem municipality welcoming boys 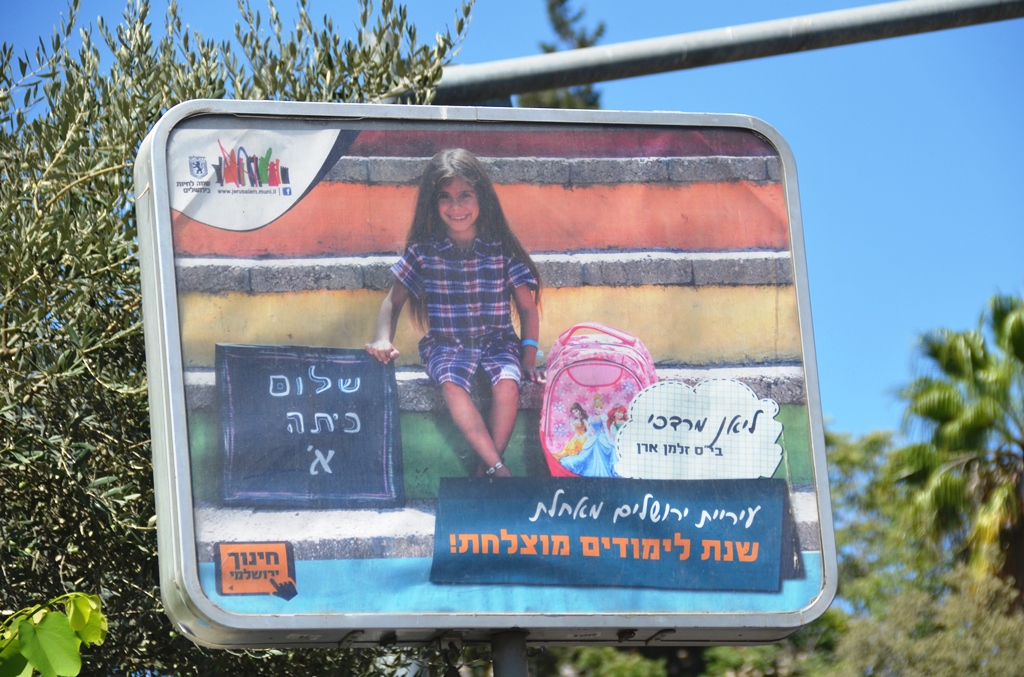 and girls with “Hello First Graders.”

Where else is the start of school treated

as bigger deal than college graduation? 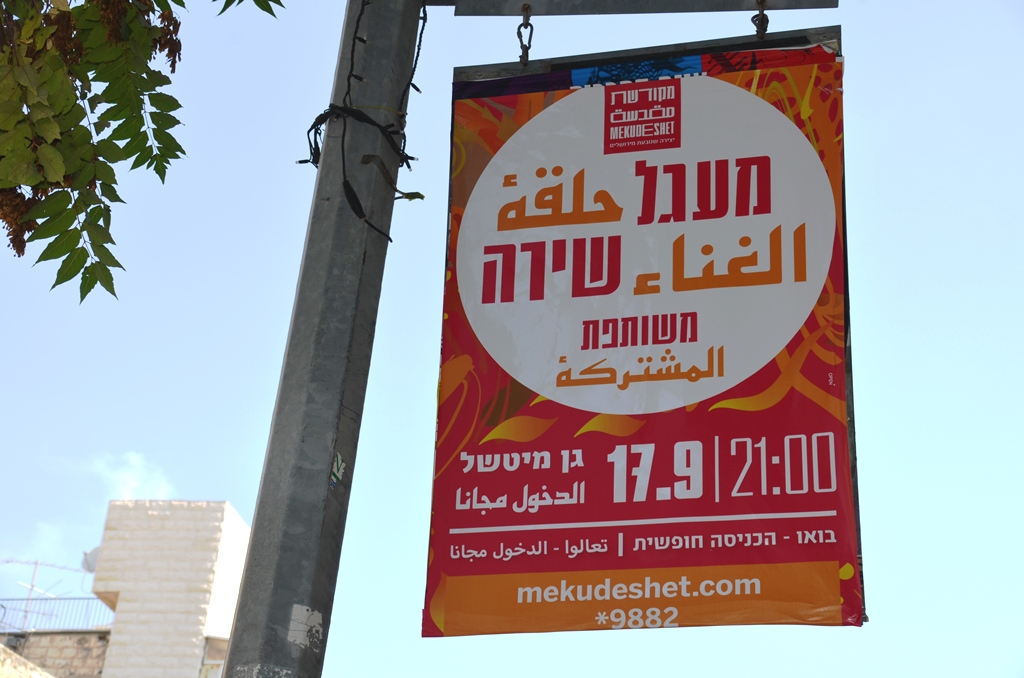 Signs are also up for Mekudeshet, a culture festival

with weeks of extensive music and arts programs.

Plus, the annual Italian Festival is also going on this week. 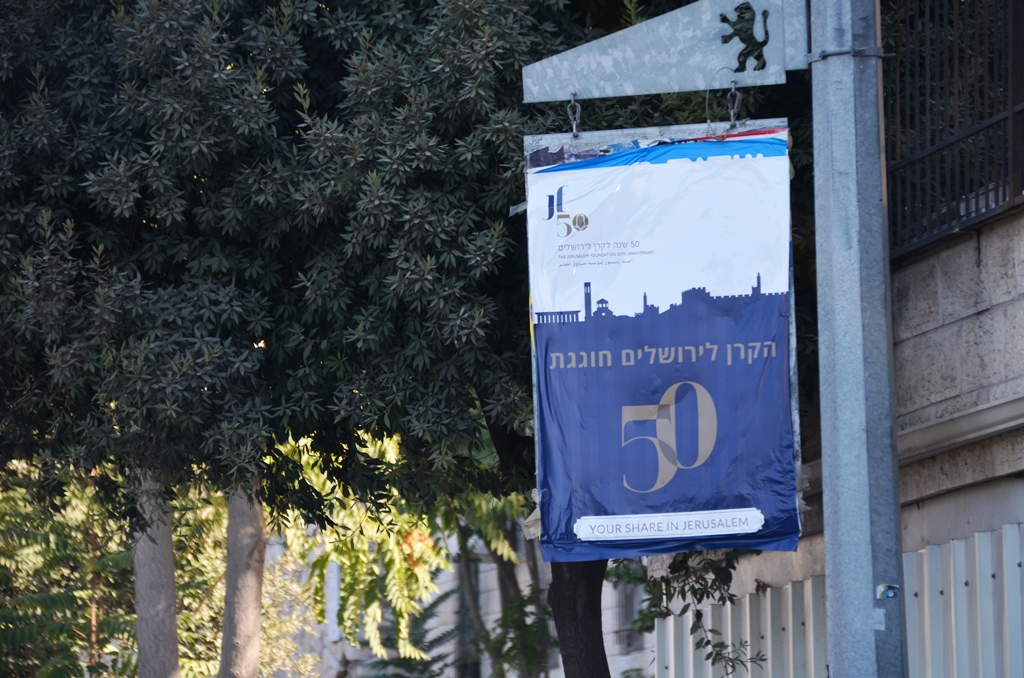 Signs are up as the city prepares to celebrate

50 years since the end of the Jordanian occupation

and the reunification of Jerusalem.

A new wall has been erected at Beit Hanasi, 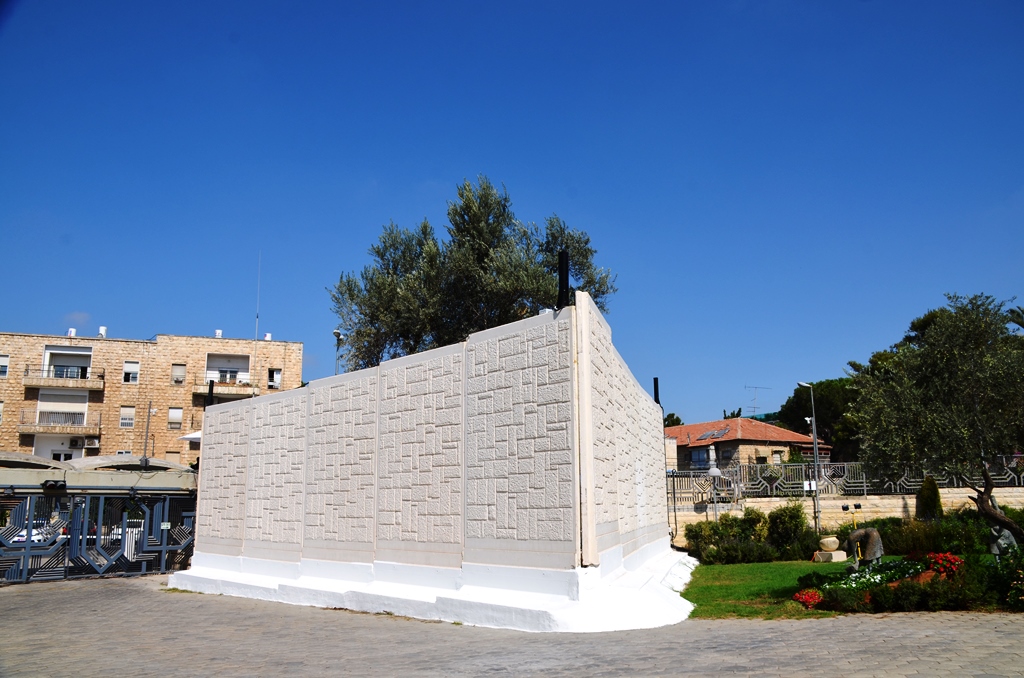 However, it is a temporary barrier 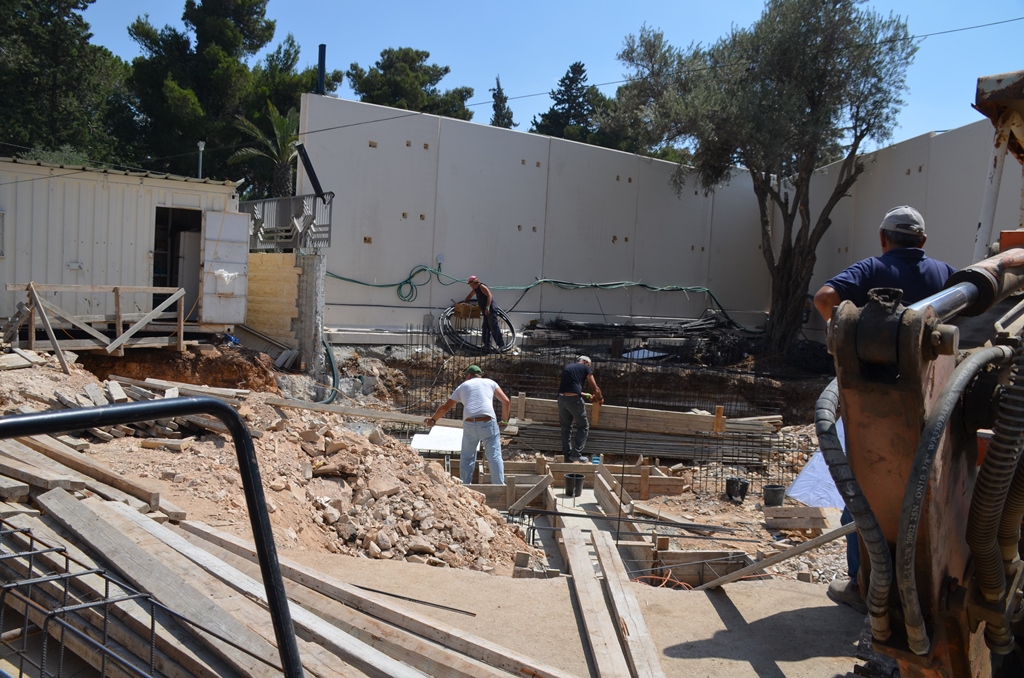 as construction work for a new visitor entrance has begun.

While work proceeded behind the wall, 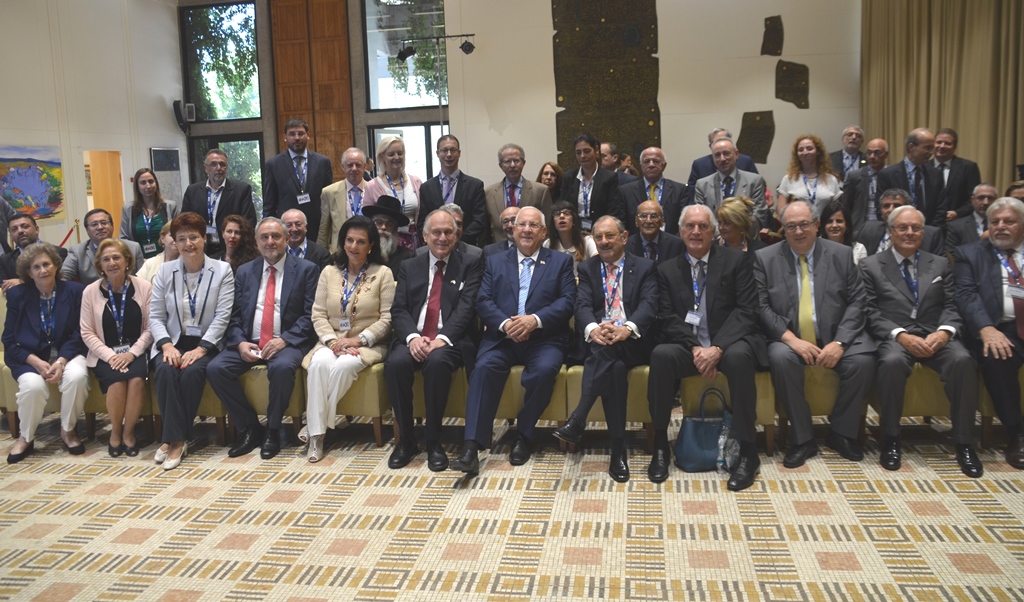 and posed for group photo with President Rivlin.

While on Tuesday the spouses and partners of diplomats

posted in Israel were hosted by the Rivlins. 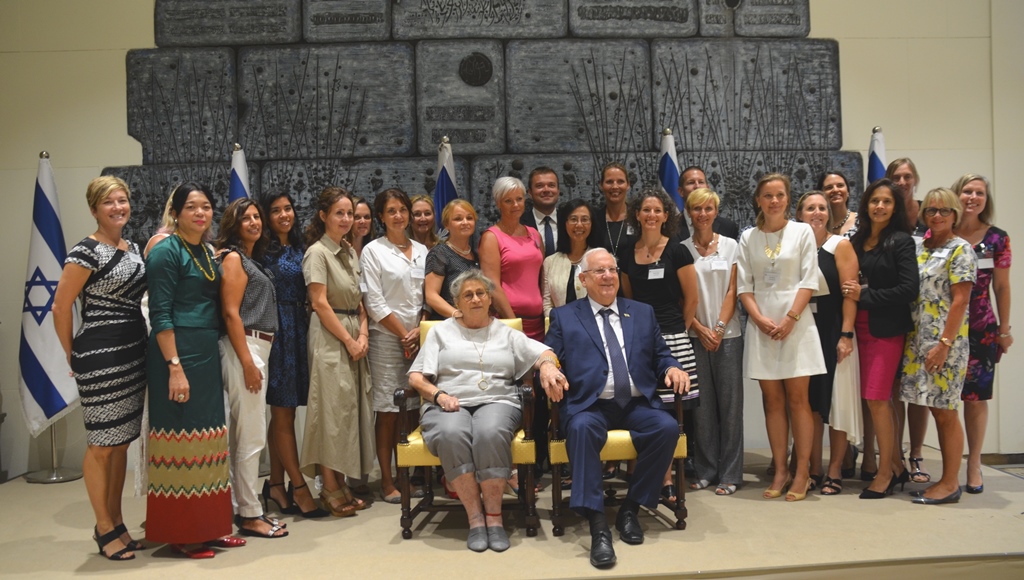 This is one of the group’s photos,

from 80 countries, 33 nations were represented that day.

Some of those visitors had been to Jerusalem many times,

but for others it was their first visit.

that are happening on the Jerusalem streets for themselves.

Hope to get to some of Jerusalem’s newly-opened parks,

as the countdown to Rosh Hashannah reminds us,

the new year is coming soon.

One thought on “Jerusalem Week of Lows and Highs”