US Vice-President Joe Biden was in town this week.

When he visited five years ago,

it was a blog-worthy occasion, a very no-frills visit,

as compared to a US Presidential visit to Jerusalem, Israel. 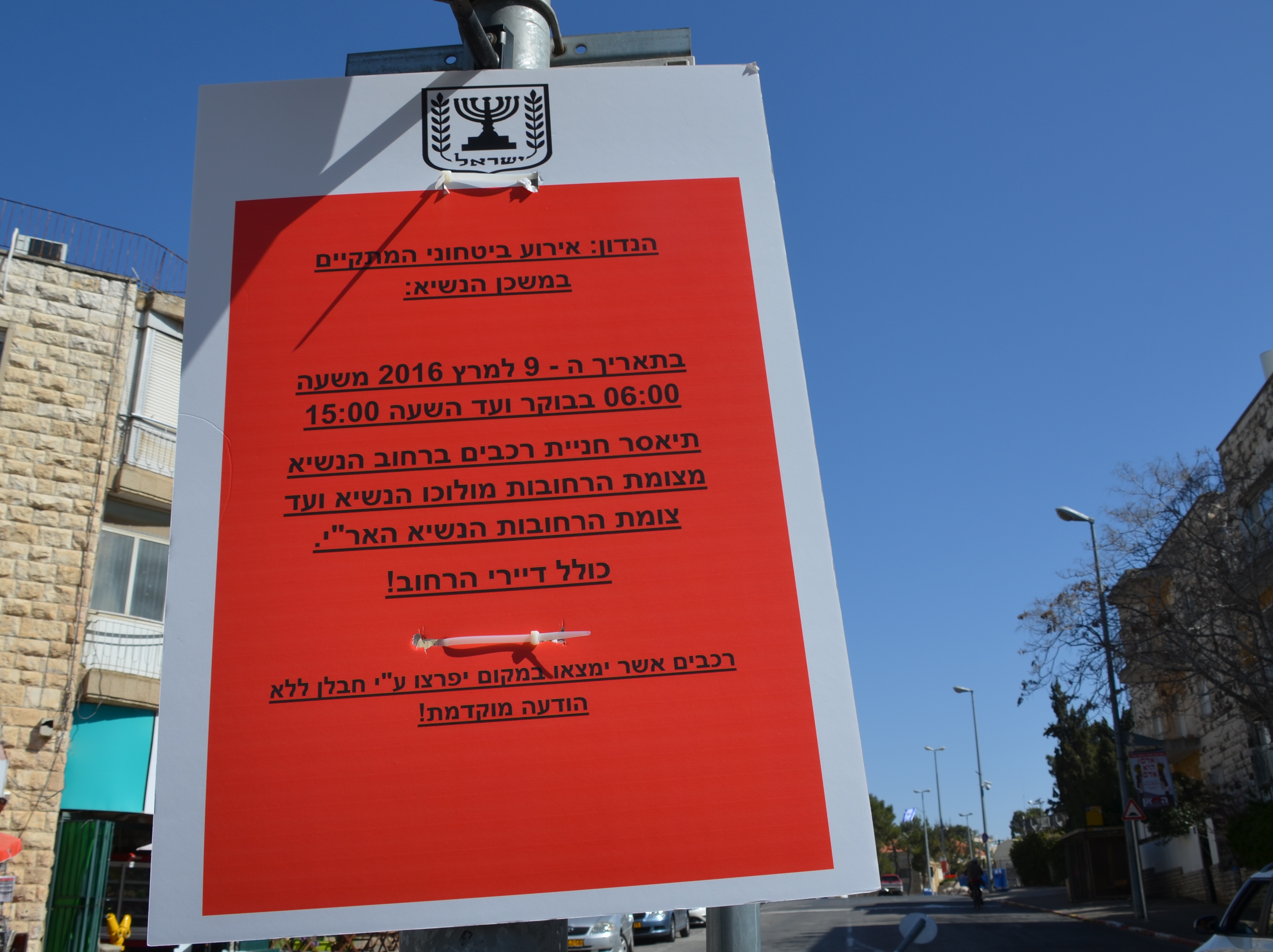 The big red no-parking signs were not warnings for the

but for Vice-President Biden’s visit to

the official residence of the Israeli President.

The red carpet was unfurled,

and for an extra layer of security, this blue tarp was erected.

Flags, flowers and podiums were arranged. 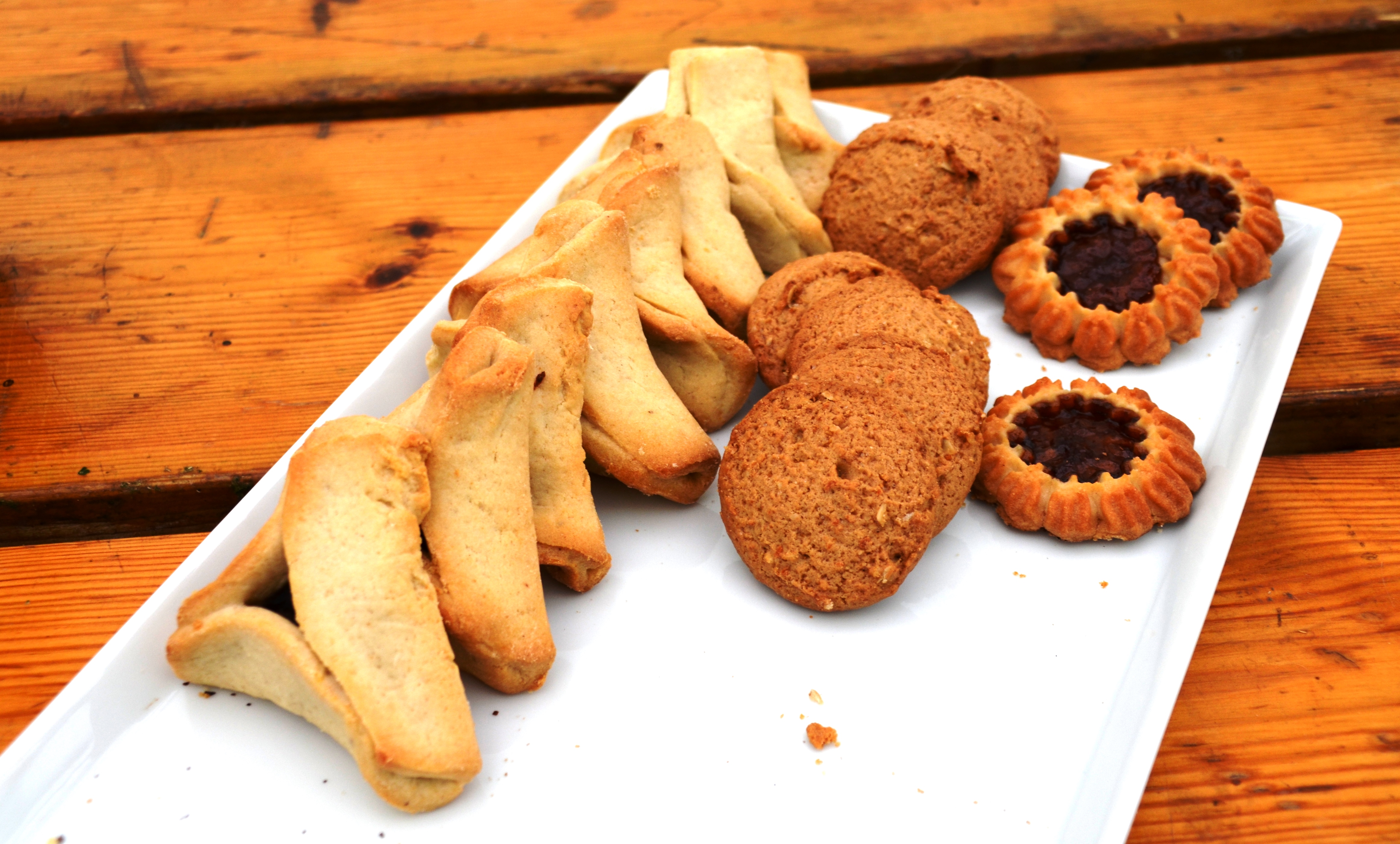 Hamentashen were among the sweets served to munch.

There was a long delay and wait,

because the VP stayed longer than planned

Finally, it was show time. 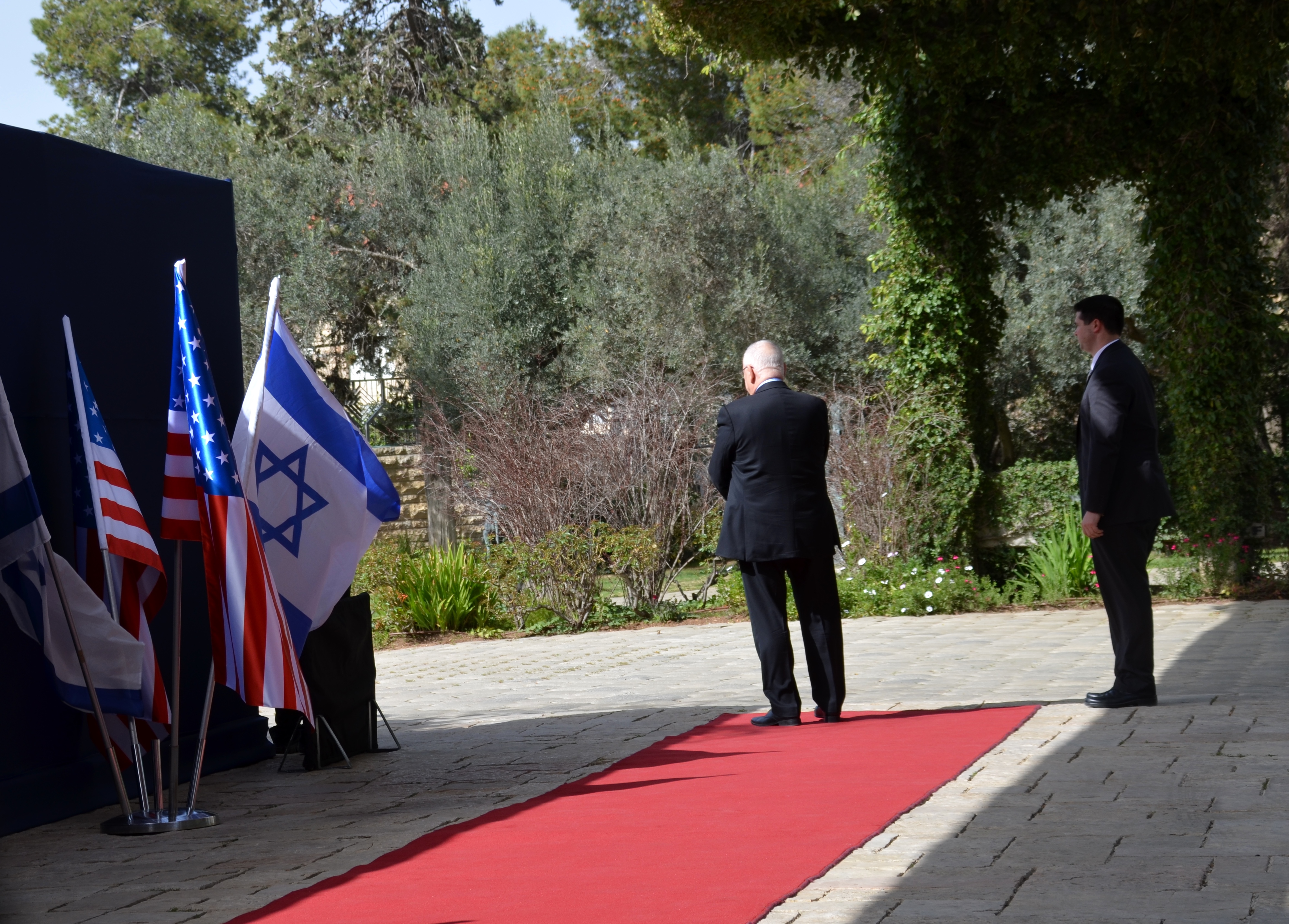 Key players were in their positions.

A huge US vehicle with DC license plates

and adorned with US and Israeli flags

pulled up along the carpet with swarms of security,

and the United States Vice-President. 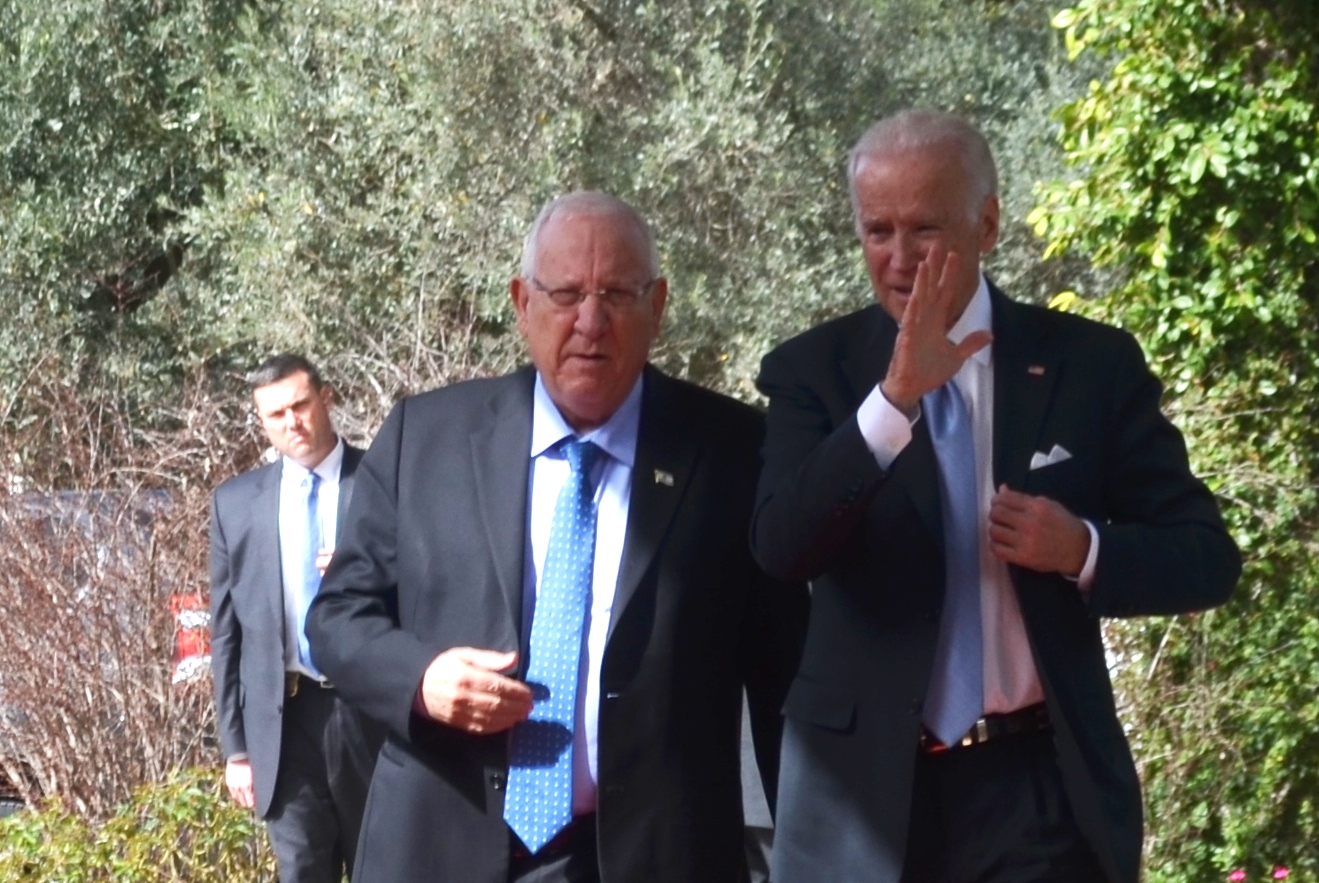 even their ties matched.

I was late for a meeting and left after the speeches, 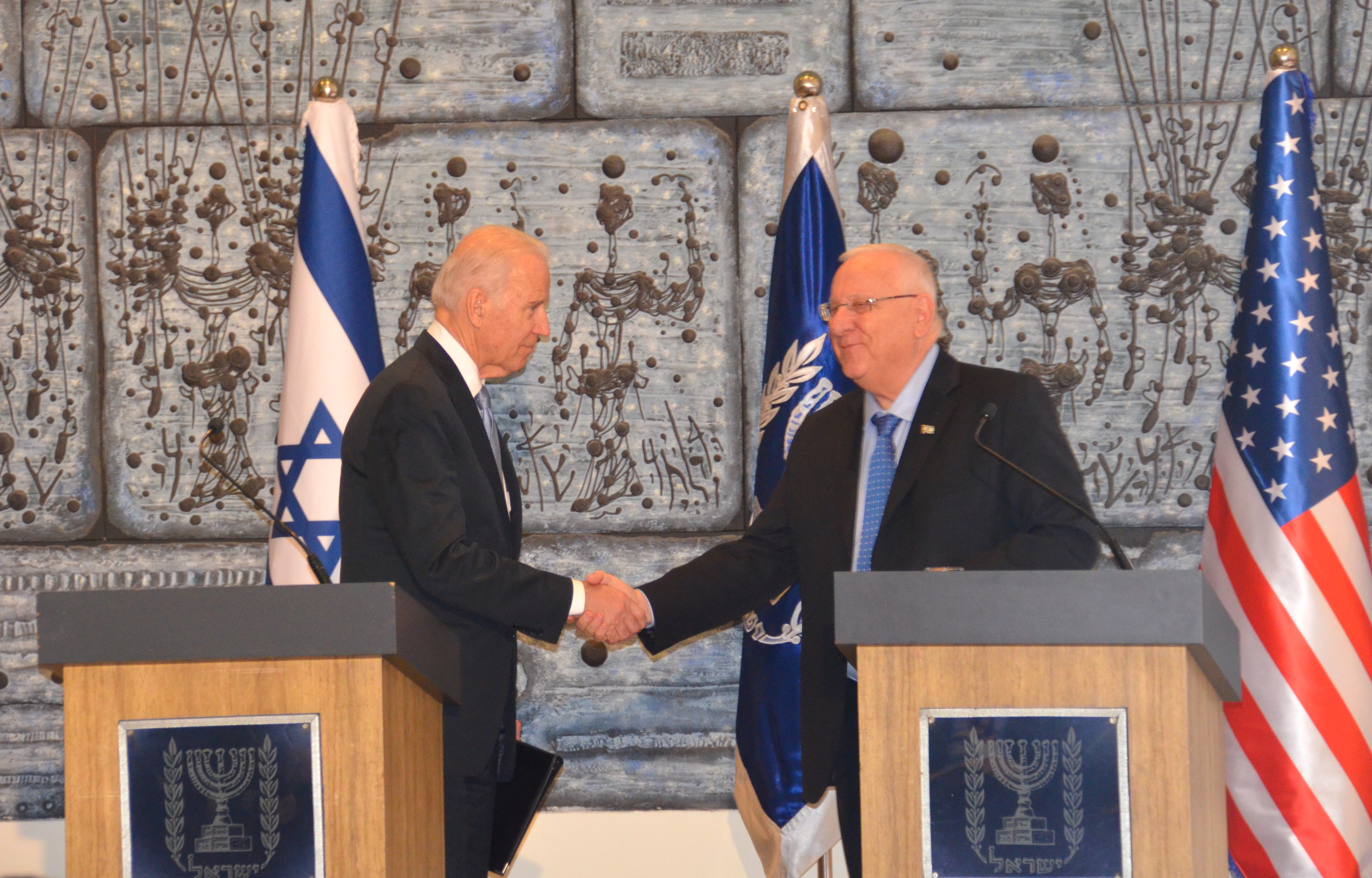 right after the official hand shake.

The waiting cars of the motorcade filled the driveway,

while security shades blocked the view.

This was a full scale production,

everyone knew that Joe Biden was here this time.

And don’t you know it,

as soon as I turned around to leave there she was–

another one of those Arab girls!

Crazy layers of security, a street lined with police cars,

and there was an Arab girl having a driving lesson.