Could this be the last Jerusalem International Book Fair?

was not held in the Jerusalem International Conference Center.

For the first time, it was in a new location, in First Station, 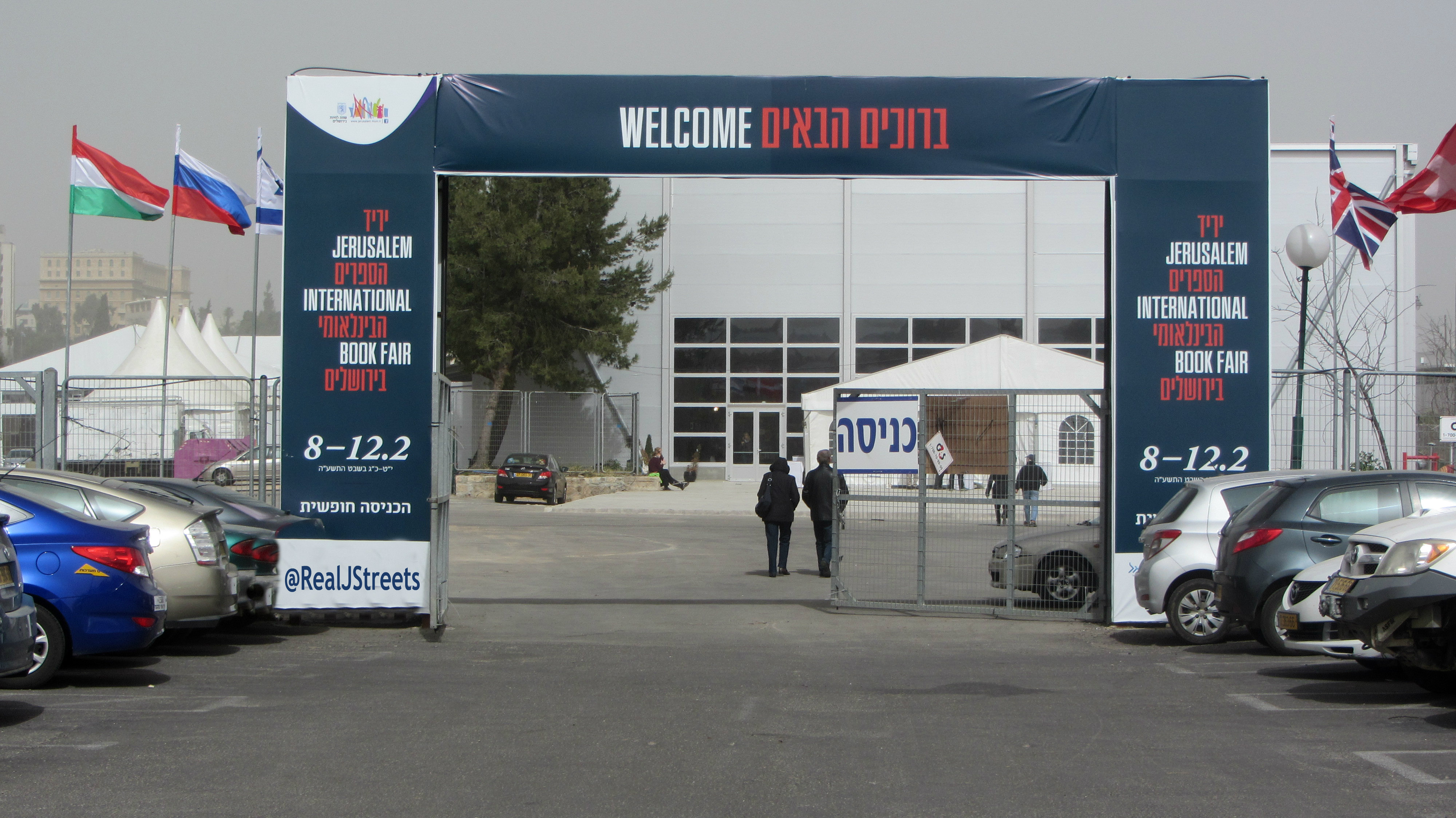 where some entered from the First Station parking lot.

(In case you are wondering about the sky here,

being inside during a sandstorm was a good idea.)

While others came in through the main area,

past the First Station food mall and shopping area.

These people stopped to see the “Disappearing Wall,” 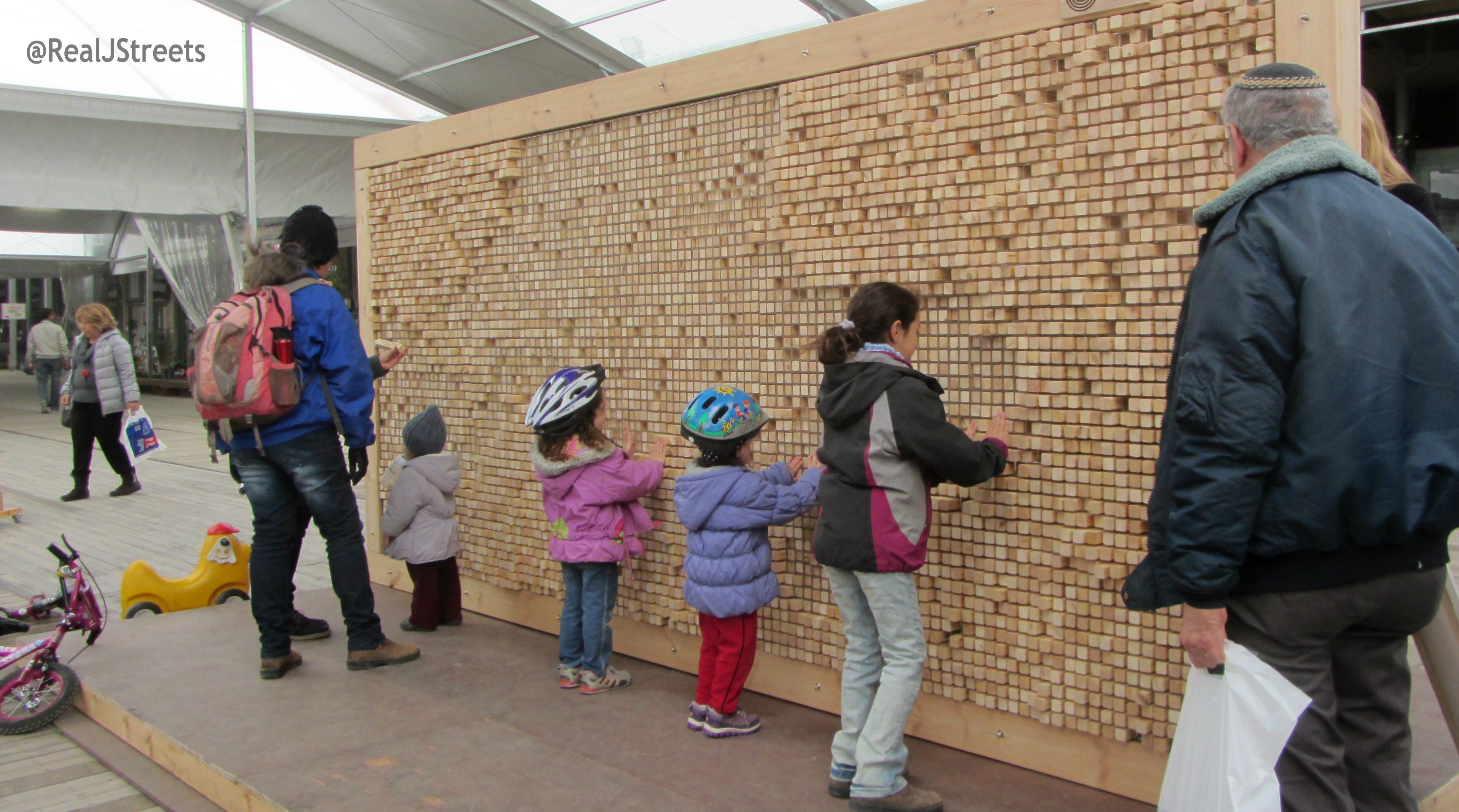 also in Hebrew and Arabic,

(some of which were lost in the translation) that attracted all ages.

At night the wall was an empty acrylic form,

as people were happy to remove the blocks and keep them.

United Kingdom, Italy and United States were represented at the fair,

but it was a small fraction of former years.

One night, a crowd gathered by the German booth 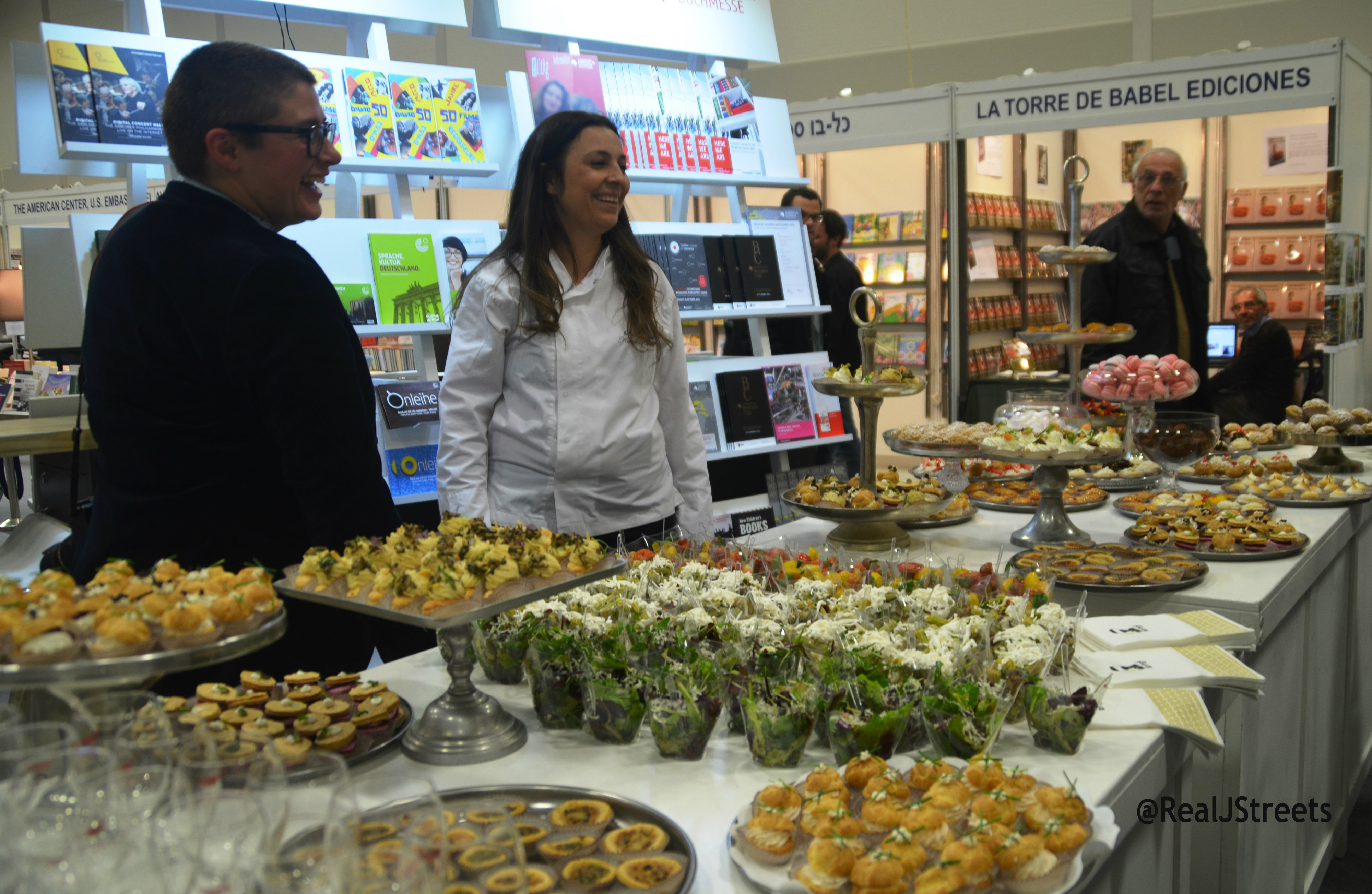 for this food and wine.

Opening night of JIBF had more than one event,

There were lectures and programs all week, some held in

and the Khan Theatre, all auditoriums that are located near by.

As usual, not just books

but also magazines were for sale.

Authors were available to meet readers and fans,

was available at JIBF one night. 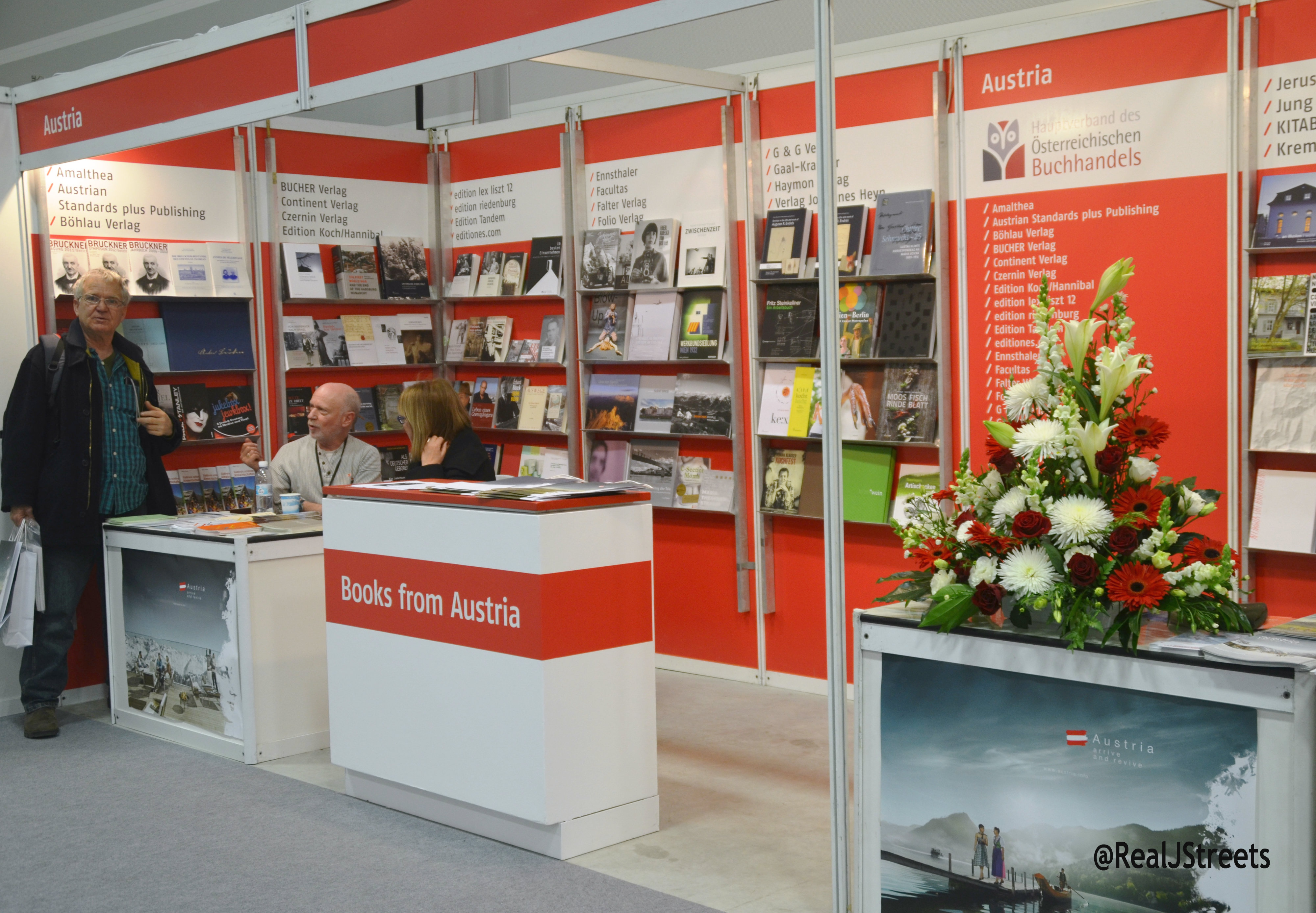 Besides Germany, Austria had a nice size display.

But books from the United States and some Israeli sources,

Each time I went to JIBF,

it was great fun to see and talk with friends,

looking at books and even buying some.

But as an international book fair,

were sadly lacking this year.