Knowledge is the key to growth in society, not wealth or power.

How do you create a lasting and egalitarian society? 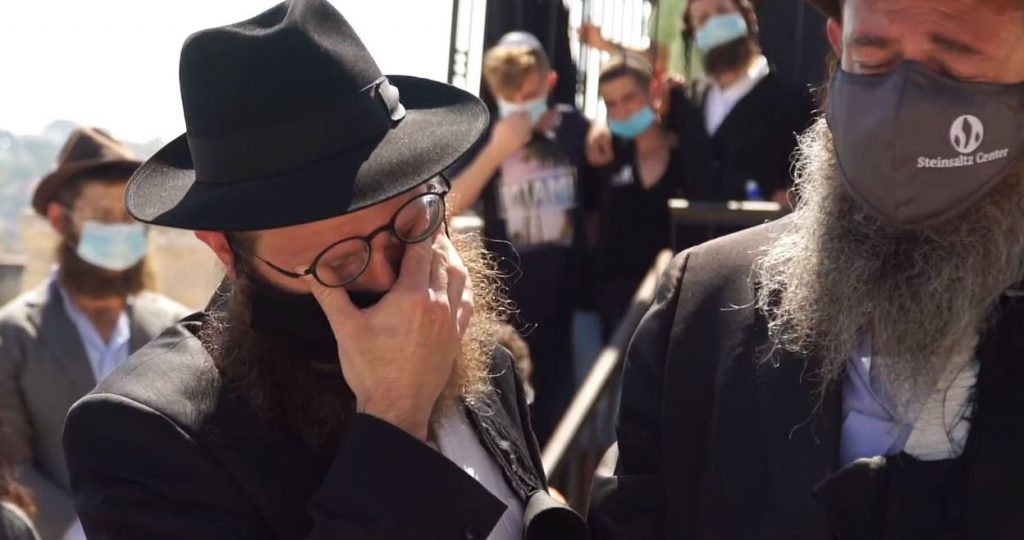 On Friday, August 7, 2020, the 17th day of Av, the funeral of Rav Adin Even-Israel z”l, more commonly known as Rabbi Steinsaltz z”l, was held in Jerusalem, Israel. He was buried in the Chabad section of the ancient Jewish cemetery on the Mount of Olives. 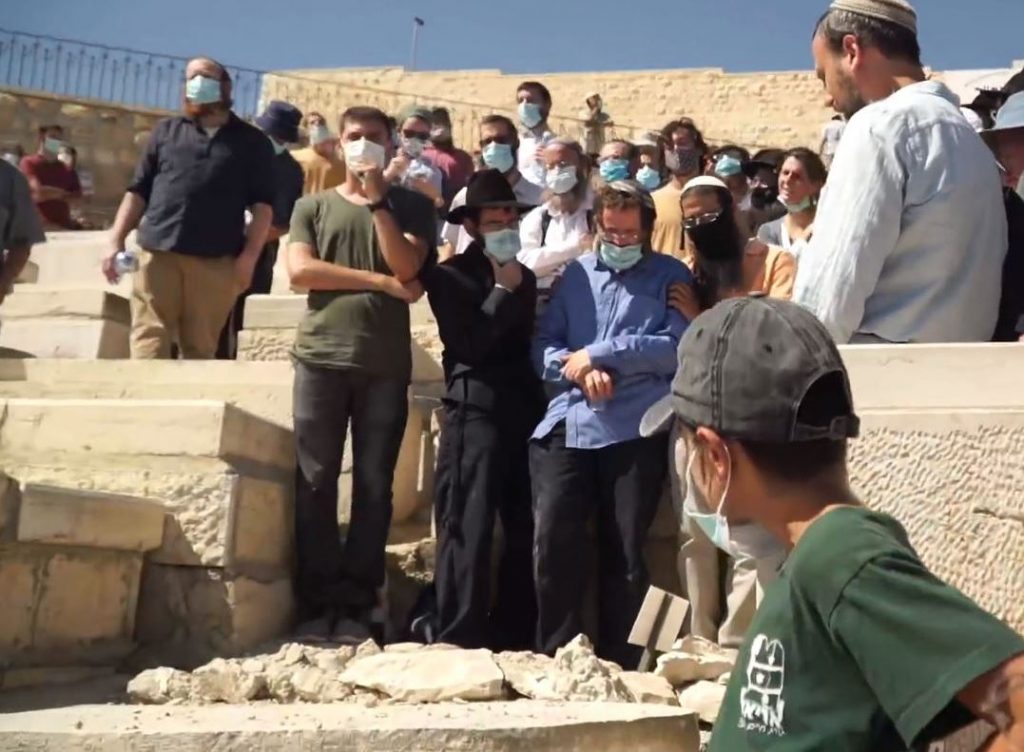 Due to COVID-19 restrictions, the number of mourners allowed was restricted.  Were it not for those restrictions, thousands would have come to pay respects in person in spite of the blazing sun on a Friday afternoon. These images are screenshots from a live broadcast.

During this past week of shiva, the traditional mourning week, also under coronavirus restrictions, many testimonials have been published. I, too, have also thought back to my encounters with the famed rabbi. 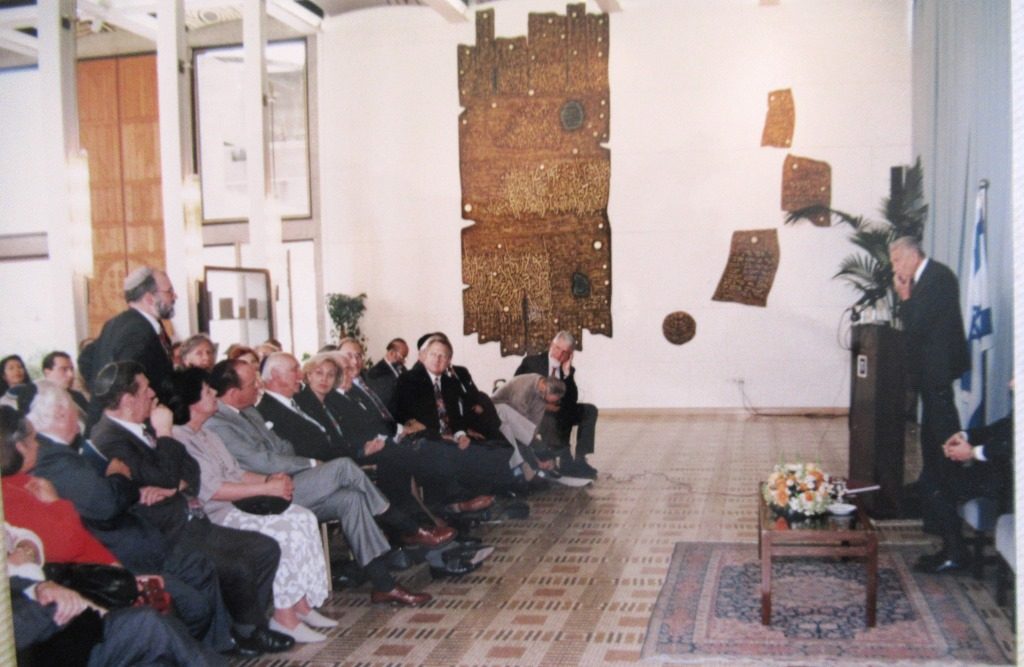 Back in 1995, Ezer Weizman was in the midst of his first term as President of Israel. 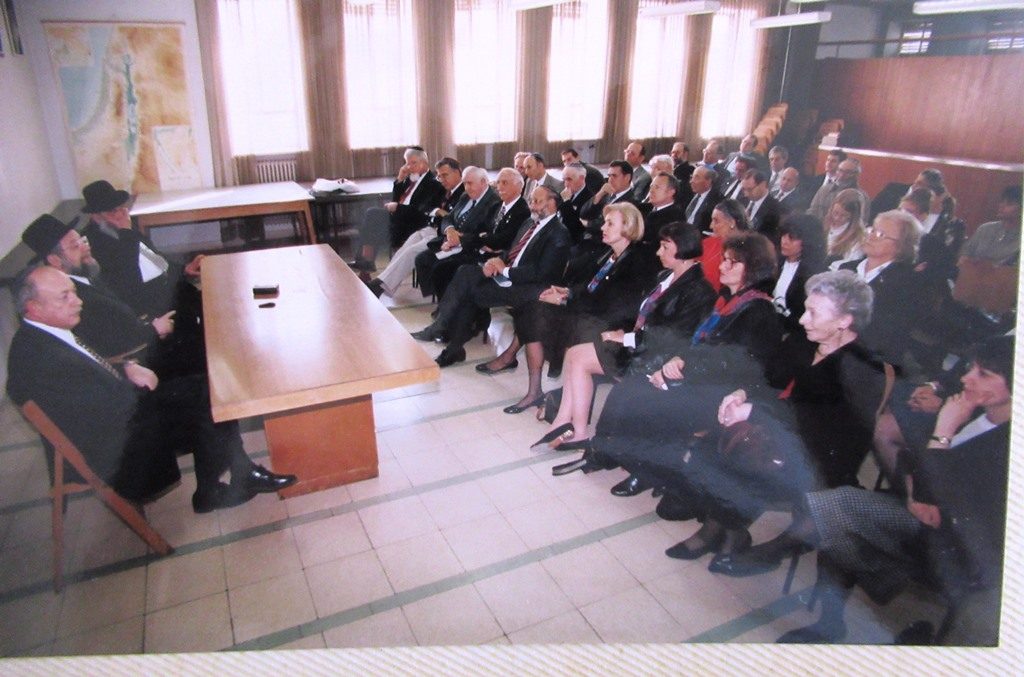 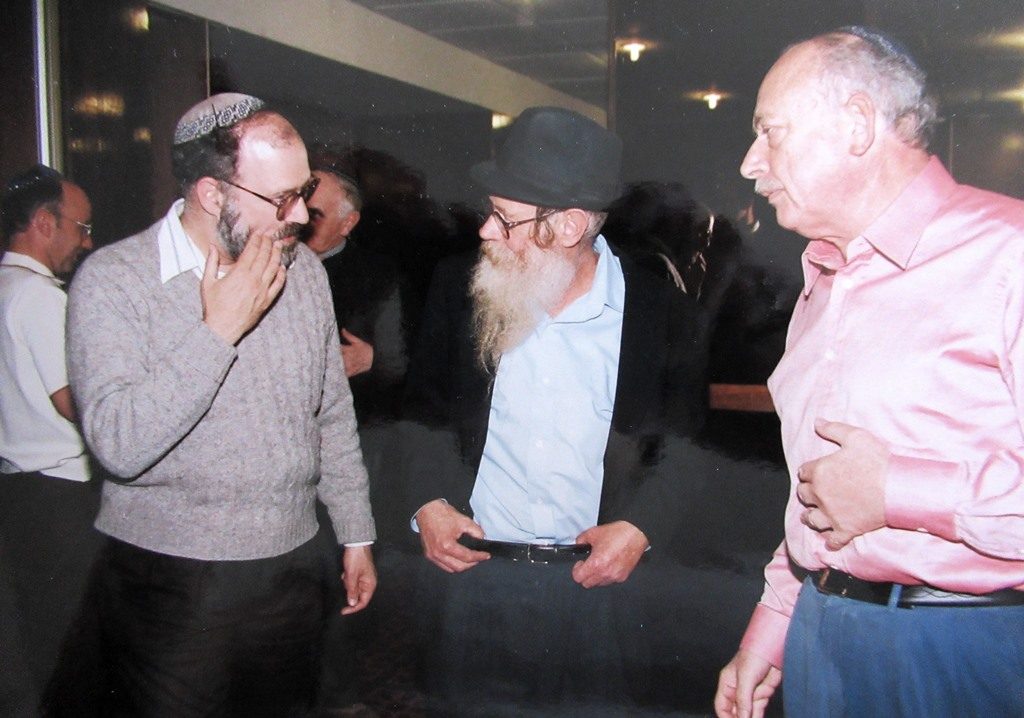 Isi Leibler, (right) was the president of the Australian Institute for Jewish Affairs and led an ECAJ (Executive Council of Australian Jewry) leadership mission to Israel. One of the most memorable sessions of those full days was a talk by Rav Adin Even-Israel Steinsaltz z”l. “Yichus,” the Rabbi told his audience, is like the potato: the best part of the plant lies in the ground. 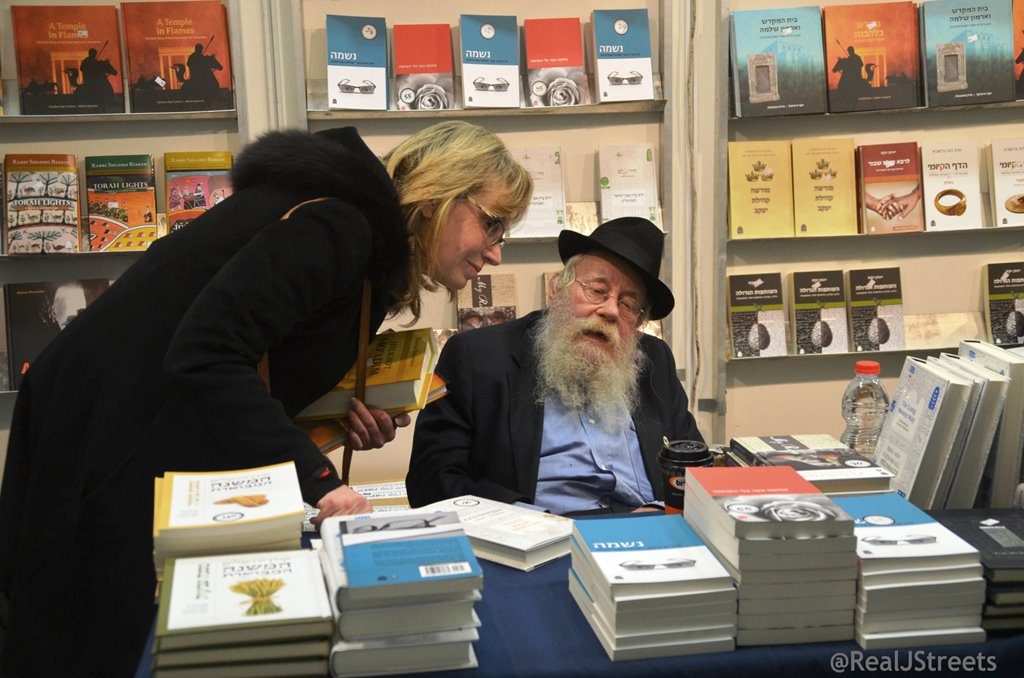 A more recent encounter was at the 2015 International Book Fair at First Station in the Hangar, which had sparse attendance. Rav Steinsaltz sat to sign books at the Koren booth, largely unnoticed by the few people in the vast hall. 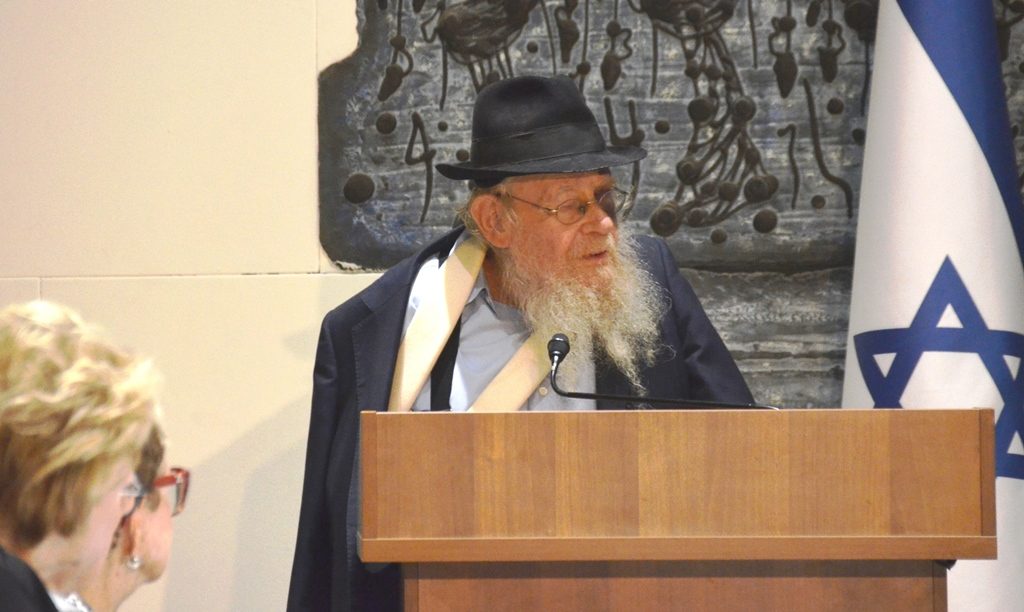 In October 2016, at one of the early 929 Bible Study groups at Beit Hanasi, the Israeli President’s Residence, hosted by President Reuven and the late Nechama Rivlin z”l, Rabbi Steinsaltz z”l had his arm in a sling, and left eye was blackened, but he rose to speak and shared words of Jewish wisdom with the diverse crowd. 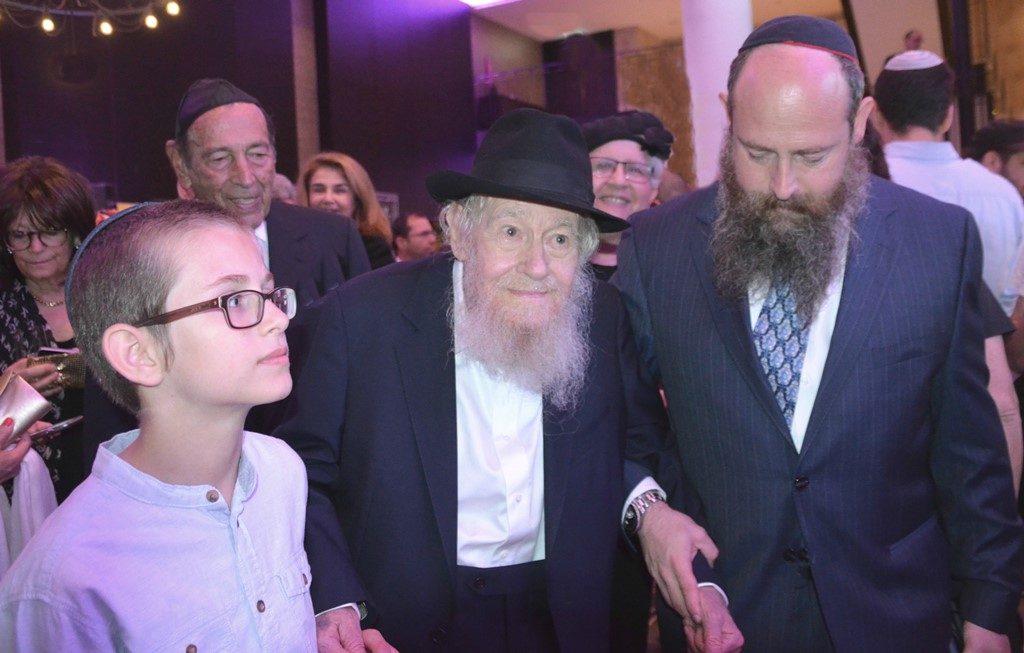 However, in June 2018, at the Jerusalem Orient Isrotel Hotel, Rabbi Adin Even-Israel z”l walked into the ballroom escorted by his son Meni and his grandson. 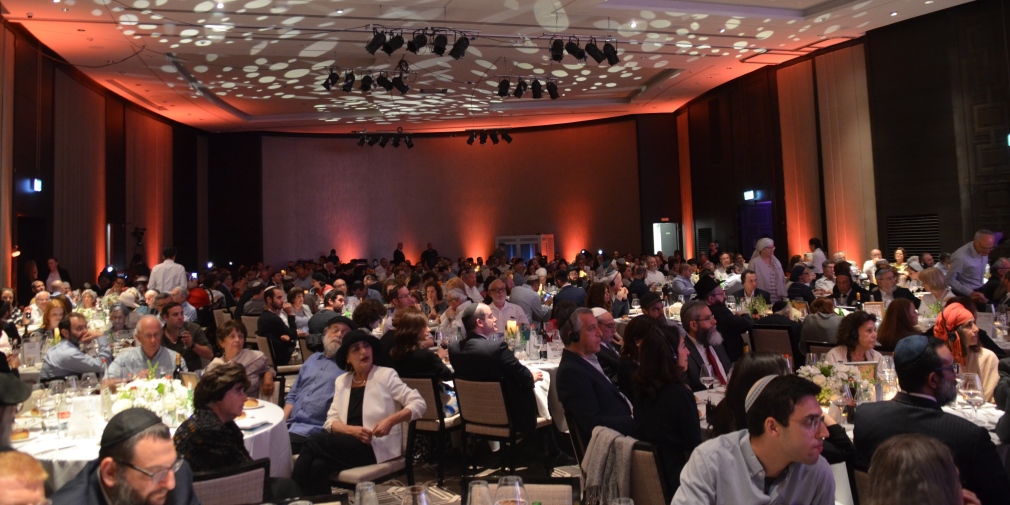 The room was filled with admirers at a gala dinner to honor the rabbi’s 80th birthday and the success of the Steinsaltz Center. 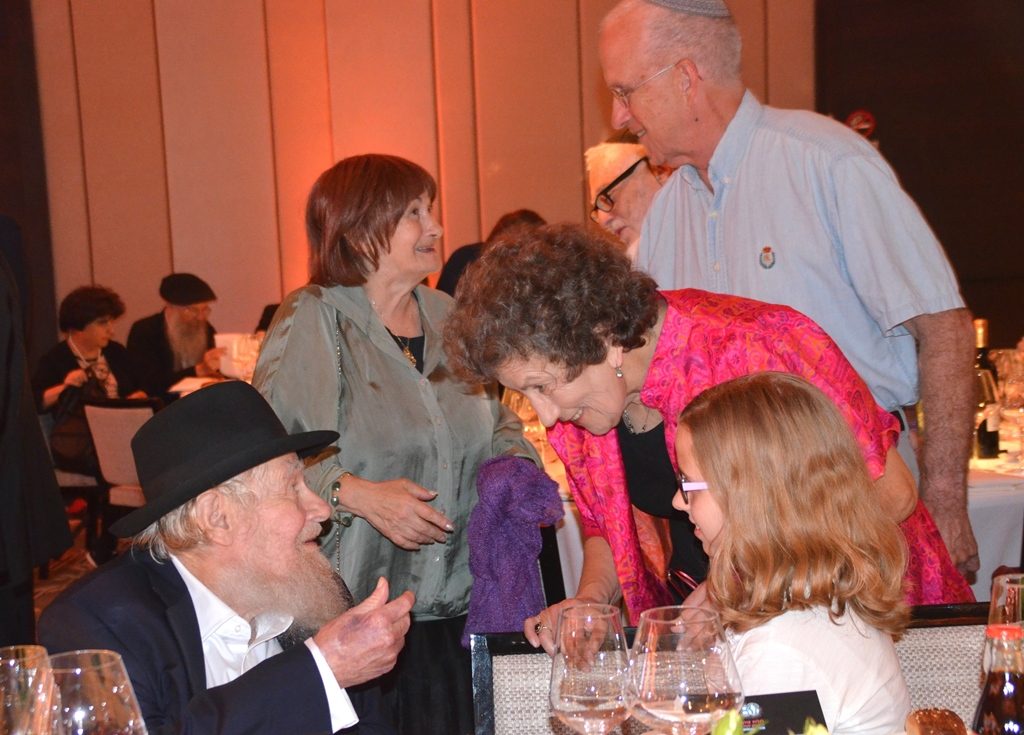 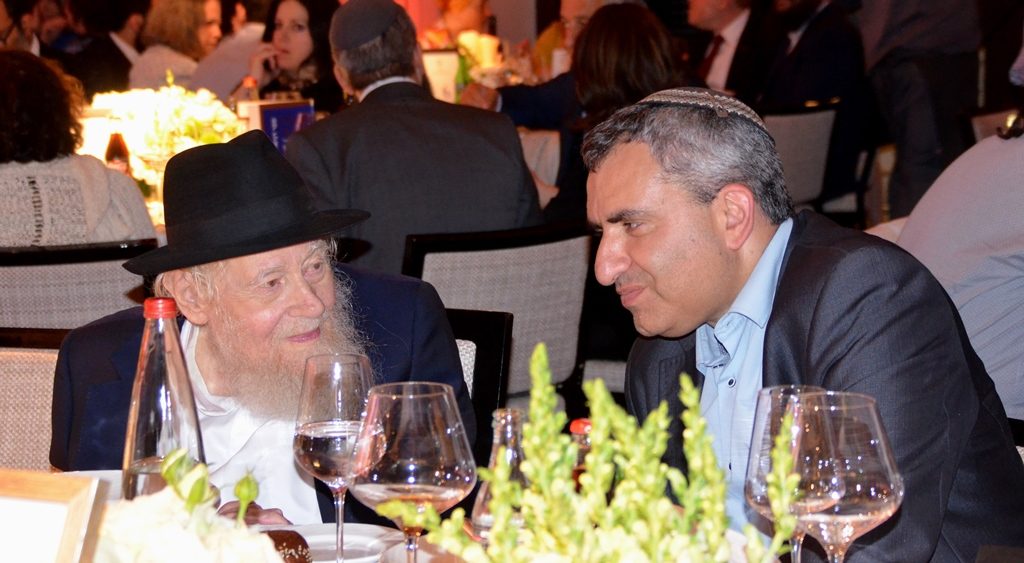 MK Zeev Elkin was one of the many dignitaries present at the dinner event. 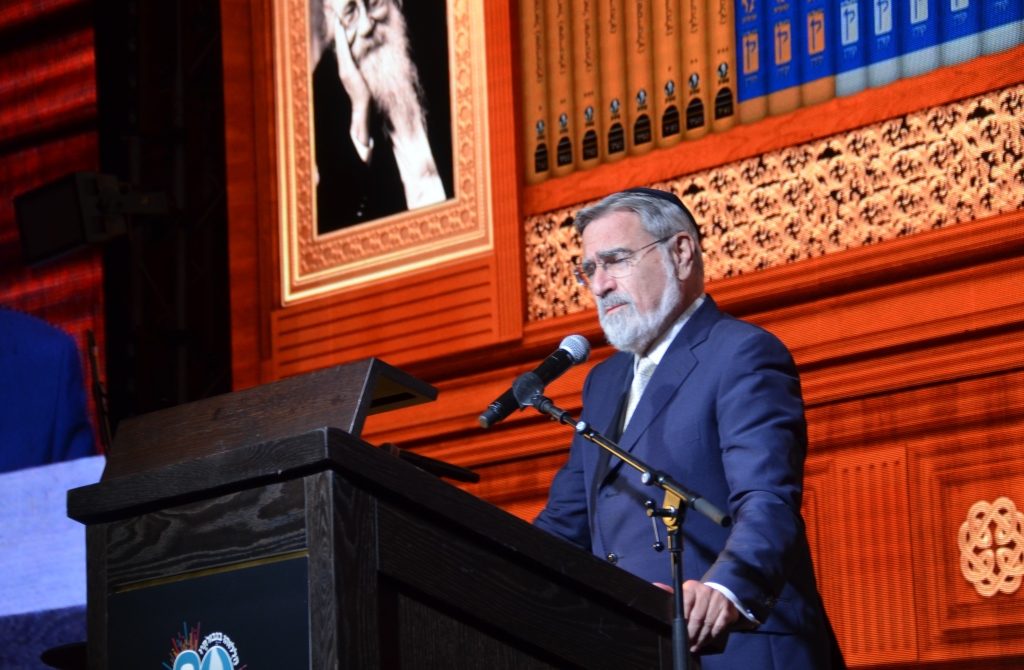 And what an eloquent, erudite, and inspiring talk it was! 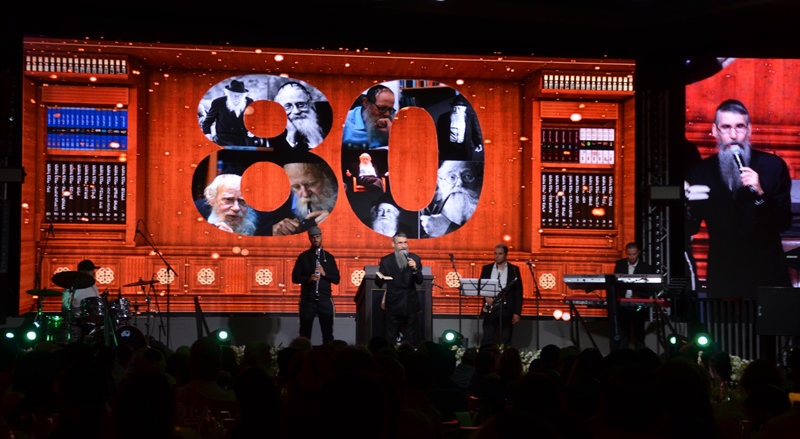 The musical performance by Avrum Fried was exceptional.

The popular singer sat next to Rabbi Adin Even-Israel z”l near the conclusion of the evening. People stood around. The niggun went on and on as if people did not want the marvelous evening to end. 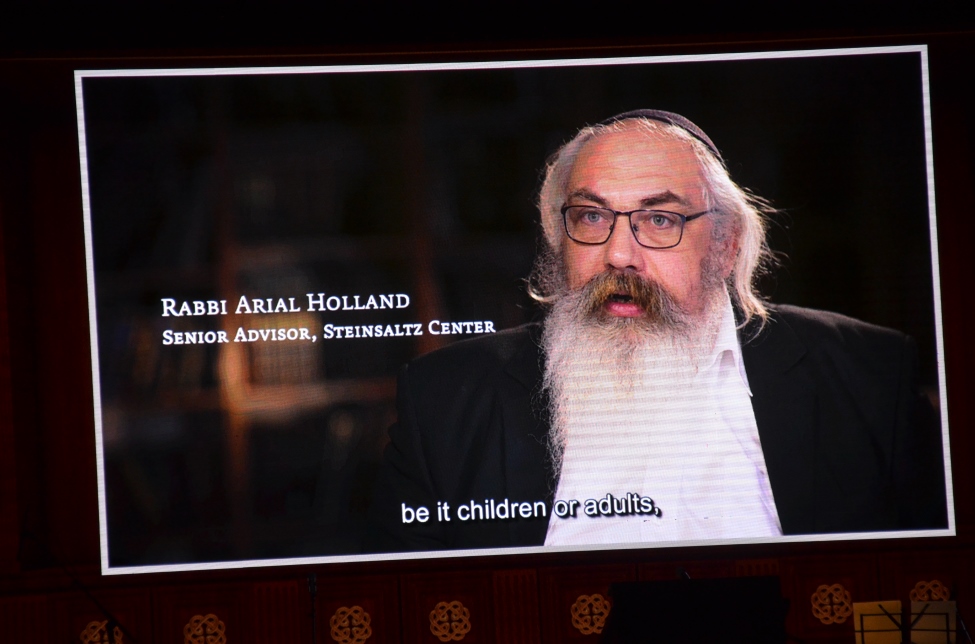 Rabbi Arial Holland was of the many people involved with the Steinsaltz Center to appear in the video comments. “Be it children or adults, the work and words of Rabbi Steinsaltz z”l have affected millions.” 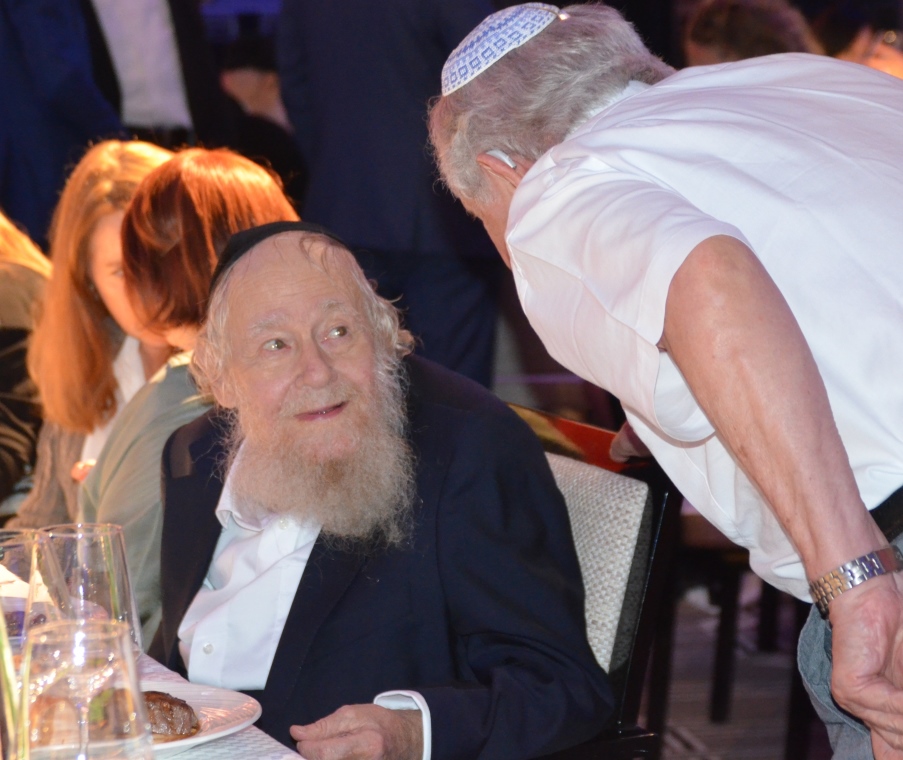 It was quite a night, a night to remember. Honors were paid to one man who changed the world of Jewish knowledge. His translations, at first criticized, opened up ancient Aramaic texts from the study hall to a larger readership, first in Hebrew, then in English, French, and Russian.

Six years ago for the funeral of the 3 boys, Eyal, Gilad, and Naftali z’l, Rav Adin Steinsaltz’s inspiring words are worth sharing again:

“A dark cloud has befallen our nation today. Our hearts are broken, yet united with the hearts of the boys’ families, as we mourn and we cry with them. We cannot erase the evil. But we can create good. We can transform the world through goodness by living as Jews and acting as Jews, with our Torah and mitzvot.”

We cannot erase death. But we can acknowledge the good.

The life and work of Rabbi Adin Even-Israel Steinsaltz z”l exemplify how one man could transform the world. His life and actions continue to enable more and more Jews to learn Torah and do mitzvot.

May his memory be for a blessing.