Months of planning and weeks of extensive preparations 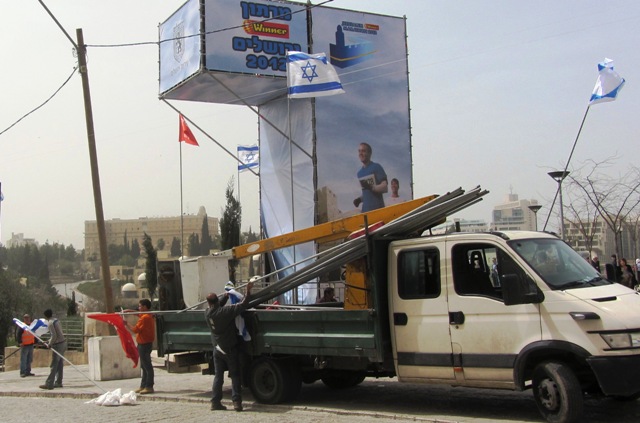 but no one had control over the weather.

With heavy rains the night before and more rain in the forecast,

many spectators stayed away. 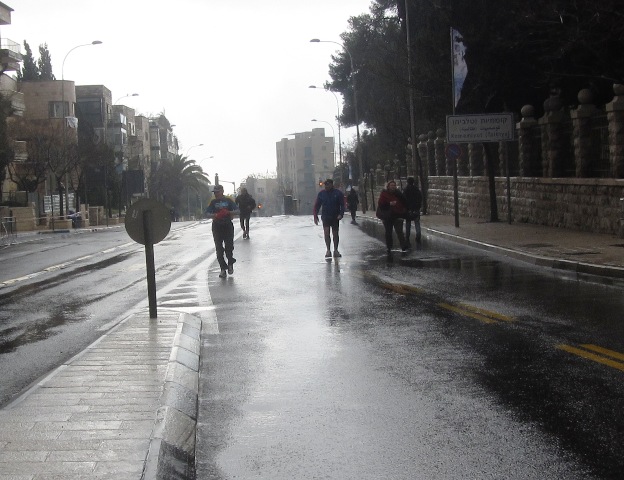 The runners of the full marathon raced through nearly deserted streets. 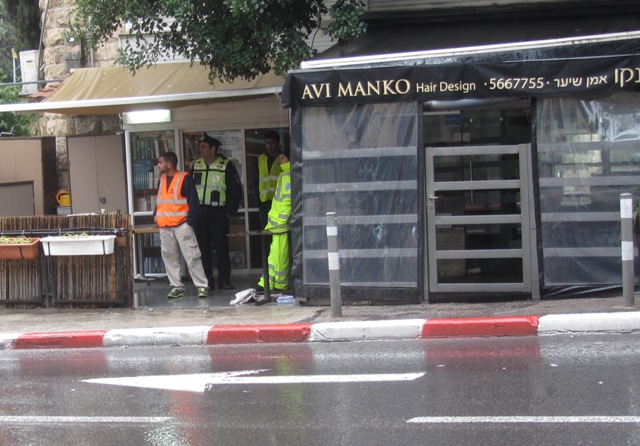 Security was out in large numbers,

but they often tried to find cover from the rain. 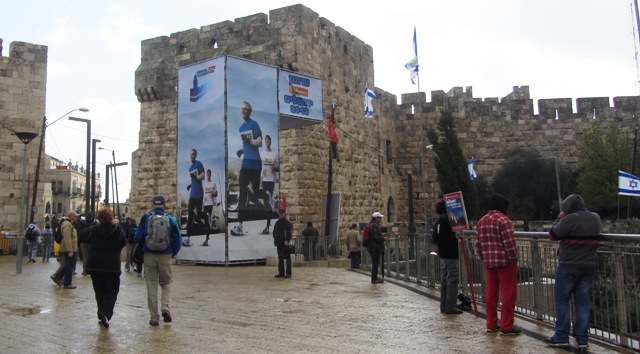 The marathon route went into the Old City through Jaffa Gate, 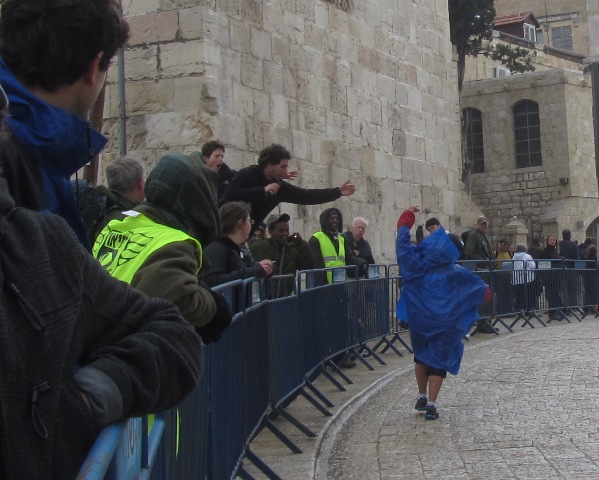 where loud music, entertainers and spectators cheered the runners on. 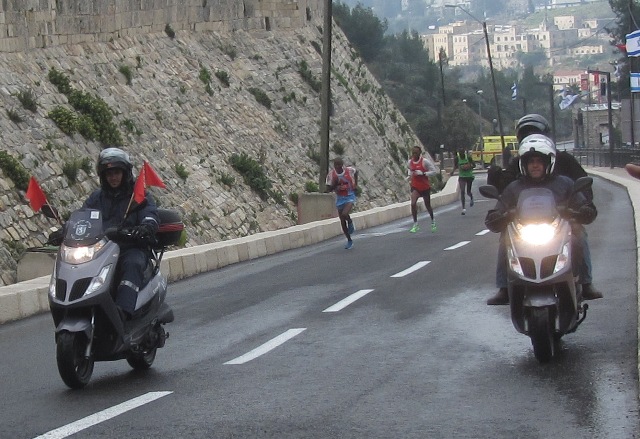 The rain stopped as the half-marathon leaders entered the Old City. 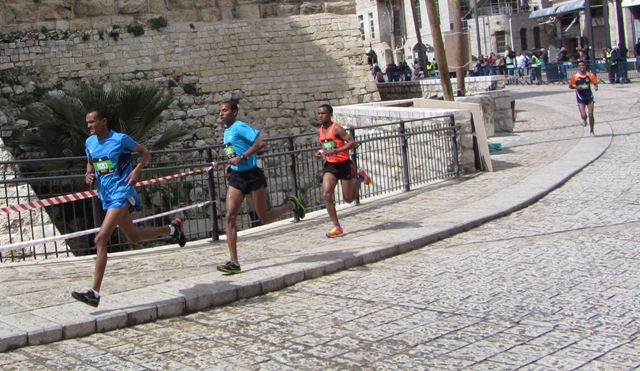 The sun was shining on the 10 kilometer race leaders,

but soon after hail started coming down. 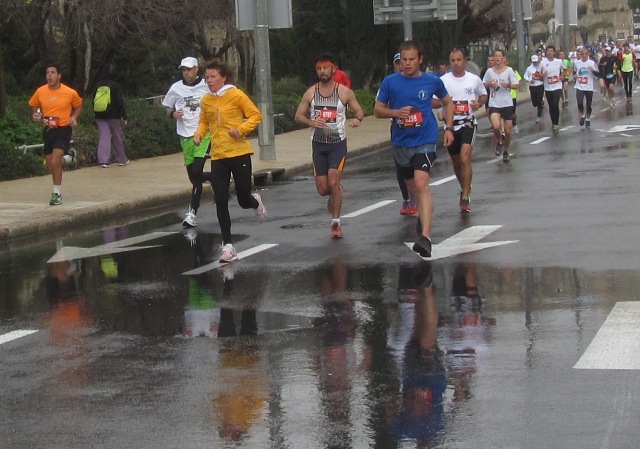 Under grey skies, through wet streets, 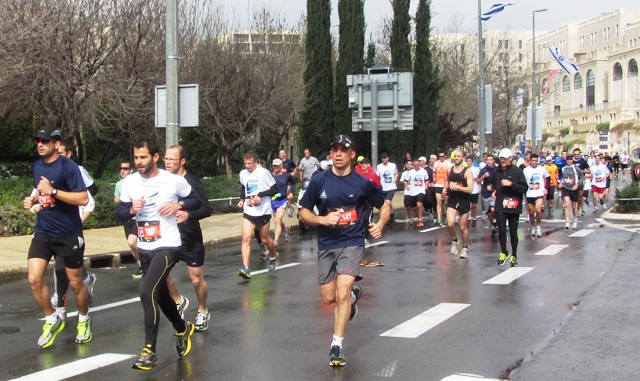 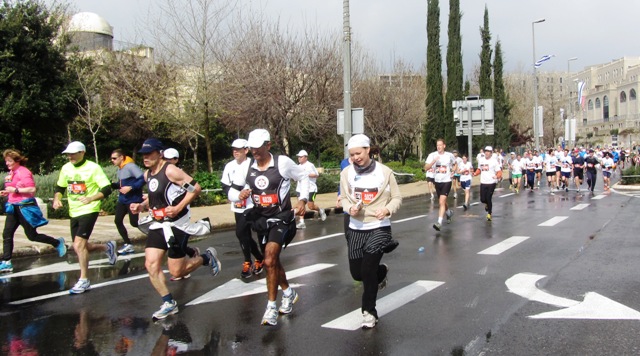 50 countries from around the world, 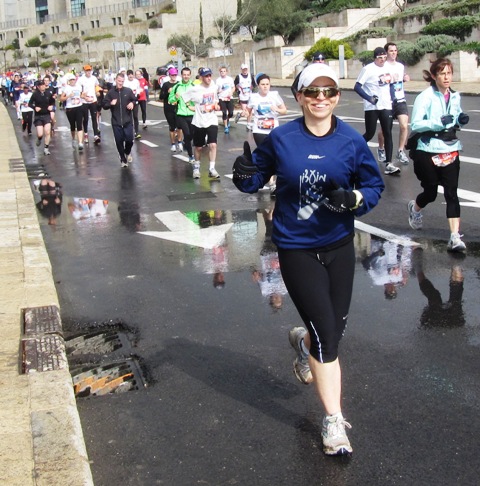 When the sun came out, so did a smile. 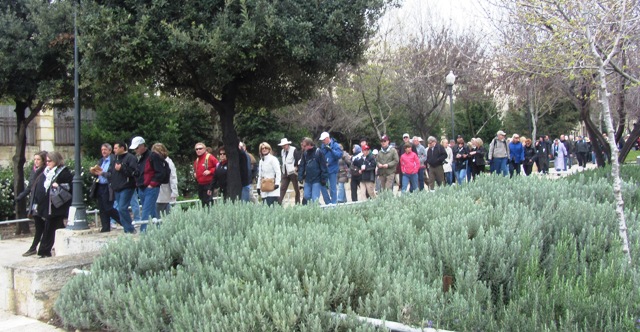 With streets closed to traffic, the only way to get around was to walk. 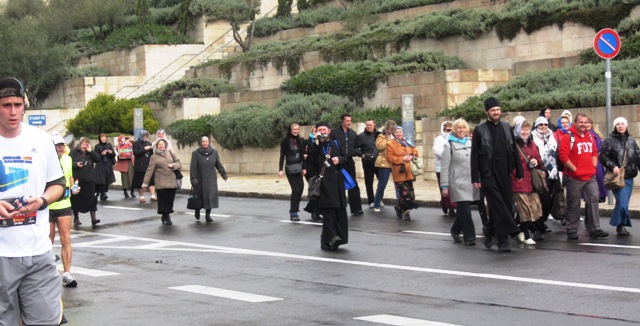 Some tourists seemed to enjoy walking instead of using their usual buses. 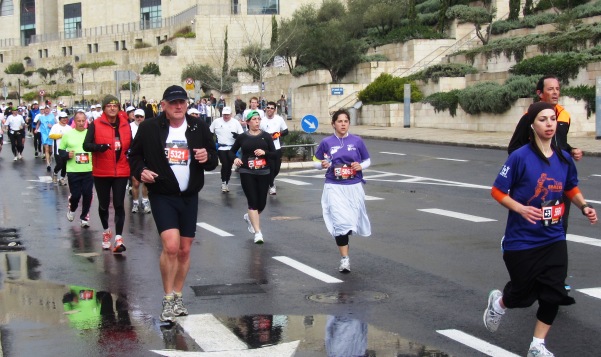 It would have been harder to run in really hot weather, 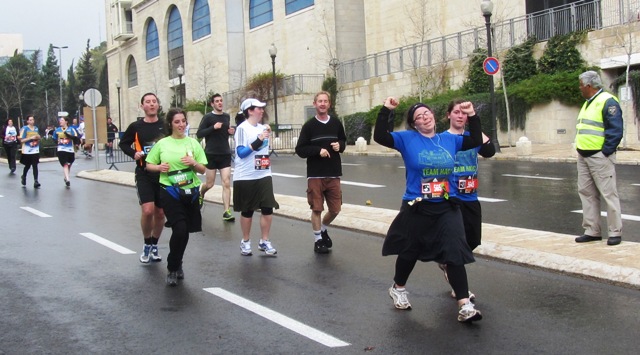 but in spite of the weather and Jerusalem’s uneven and hilly streets,

runners seemed happy to be in the race. 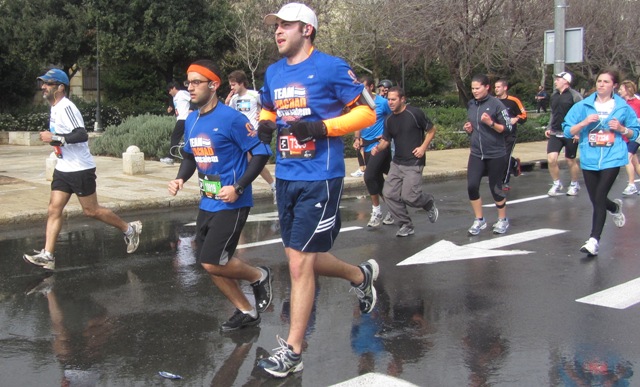 they came…neither rain, nor sleet nor hail,

nor threat of terror kept them away.

Meanwhile, to see more runners, check out this video: 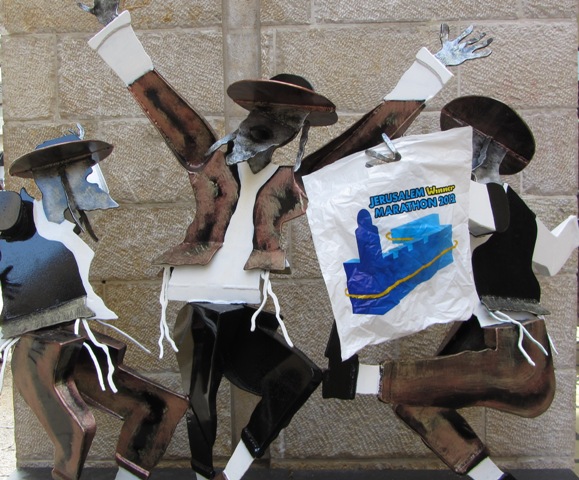