It is exciting to see tour buses back on the Jerusalem streets. Israeli tourists have been around for a while, but with the big buses with foreign tours lined up in traffic, it feels like “normal.”

New lighting highlights the grandeur of the Great Synagogue and Heichal Shlomo at night. This is one of the many new attractions on the Jerusalem streets.

I want to take you inside three special locations and show events that were not so easily visible to the onlooker.

The first was at Beit Hanasi, the Israeli President’s Residence, where the only glimpse of Angela Merkel was her motorcade making an exit after lunch.

It was a private lunch for two, the German Chancellor and the new Israeli President, and the caterer had a very little clean-up to cart away.

This was the week of Yom HaAliyah, Aliyah Day which is set for the Hebrew month of Cheshvan to coincide with the biblical portion where Avram is told to go to the holy land.

Multiple events were held, the first of which was at Beit Hanasi, honoring five Olim, immigrants who have made important contributions. The only one I knew before the award ceremony was Yosef Abramowitz, who posed with his daughter in the garden before entering the main hall.

President Herzog was not shaking hands as he entered the room with masked honorees and their guests. Not quite back to normal.

Masks are still the law inside for groups, but waving is allowed.

After speeches and a video of the impressive accomplishments of the five Olim, there was a photo-op with the President and Israel’s Minister of Aliyah and Integration Pnina Tameno-Shete, who made aliyah from Ethiopia, and former head of Mossad Efraim Halevy.

In the field of sport, Sergei Vaisburg, the Olympic coach was honored and called up his gold medal-winning star pupil Artem Dologopyat to the stage.

The honorees in the center: a physician from South America, a musical artist from Ethiopia, a Ukrainian sports coach, a French linguist, and a solar energy innovator from the United States.

And here, at last, unmasked for another official photograph.

The second is the new Museum of Tolerance, which opened its doors to two big events, even though the outside areas are not completed.

The Jerusalem Post Diplomatic Conference last year was only online but this year it was live and held inside the new museum. It was also broadcast.

While waiting to get a tag, (yes ID tags are back again) two years since the last one, I took this photo of the lobby area. Not my first photo attempt, but that one I cannot show you. A security officer with a dog walked by and was not happy to have his photo taken.

With the Israeli President and Prime Minister speaking first in the morning in the auditorium, there were multiple levels of security to get past.

Here is Sylvan Adams, one of the dozens of interviews over the course of the day which included Israeli Ministers, politicians, and tech leaders.

I missed the breakfast food and by noon was anxiously awaiting something to eat, and as you see I was not alone. It’s been so long since I attended an event I forgot to take along an emergency snack. Lox and cream cheese in a croissant seems to be the new “in” finger food.

Yossi Cohen’s interview comments on Iran were popular with the media. All the speakers have been written up and you can find them easily with a Google search.

So I will share what you did not see. Liat Goldhammer was speaking with Maayan Hoffman about their company’s process with fabrics that saves water in the thread-dying process.

These Sonova masks were all around, and it was a light bulb moment.

Who else remembered the Overall Festival at the Tower of David?

I heard the same pitch line two years ago with Shay Herchcovici, founder of Nano Textiles. I left the room to find Shay and confirm he was indeed the guy behind the Sonovia masks. Back to networking, at his request to meet someone important, I introduced him to Laurence Weinbaum, the director of the Israel Council on Foreign Relations.

The afternoon was filled with experts and panels,

Hum, when was my last meal out? Hard to remember.

On a program that ran late most of the day, Mike Pompeo was early.

He did not stick around long but stopped for a few minutes to speak in the hall before leaving and returning to the US.

Now for the third location of interest: in a blog, I did on the exhibit highlighting the British Mandate at the Tower of David, the exhibit on the British contributions and changes, included movies.

How many times have I walked by quickly and ignored these golden arches on Shamai Street?

But on Thursday night I entered the Cinema Hostel, one of the “new from old” tourist lodgings dotting the center of Jerusalem around King George and Ben Yehudah Streets.

As a fan of a previous Tour de Sound tour, we accepted an invitation to hear music from old movies. John Williams and Raiders of Lost Ark was great to start an evening of musical Cinema Nostalgia, performed by Daniel and Yedidia Schwarz with Paul Salter.

Aladdin was one of the more colorful videos on the screen.

From where we were seated, we could the kitchen and hostel guests walking by from time to time.

Guests’ rooms were located down the hall behind the musicians.

The media room is upstairs.

There is also a bar, which is kosher and dairy, and was filling up quickly as we left after the unique concert.

Not quite the same as the 1,400 seat Orion Theater of old, but a different and unique way to spend an evening. Friends recalled going to the large old Israeli movie theaters, with bottles and garinim thrown on the floor.

So here were three events off the Jerusalem streets from this past week, as things appear to be getting back to normal, with masks and green passes.

Stay well and hope to see you soon. 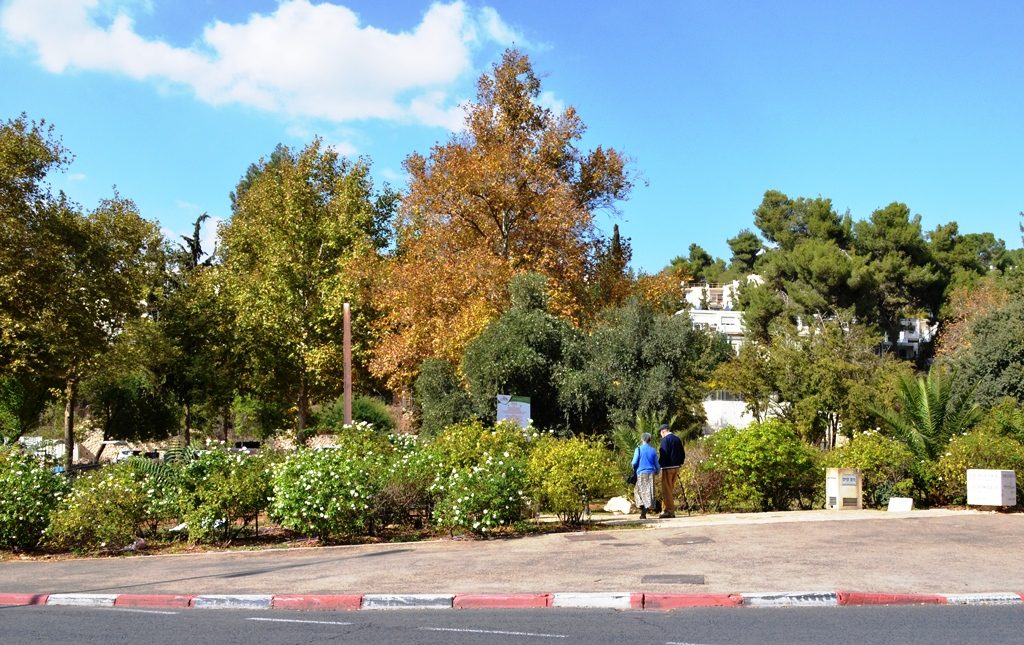 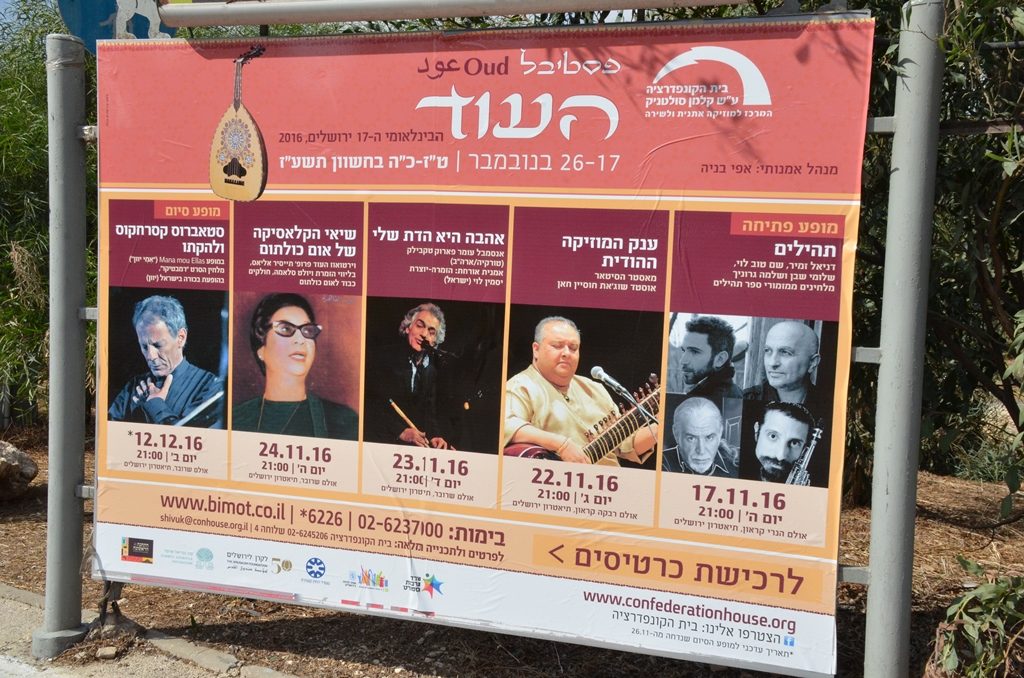 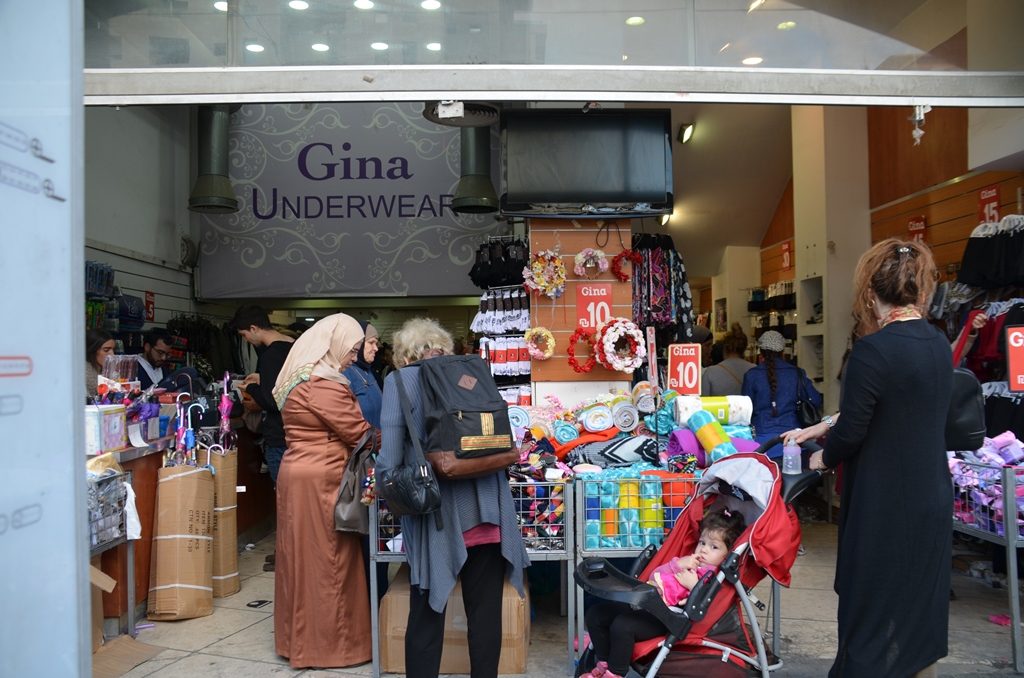 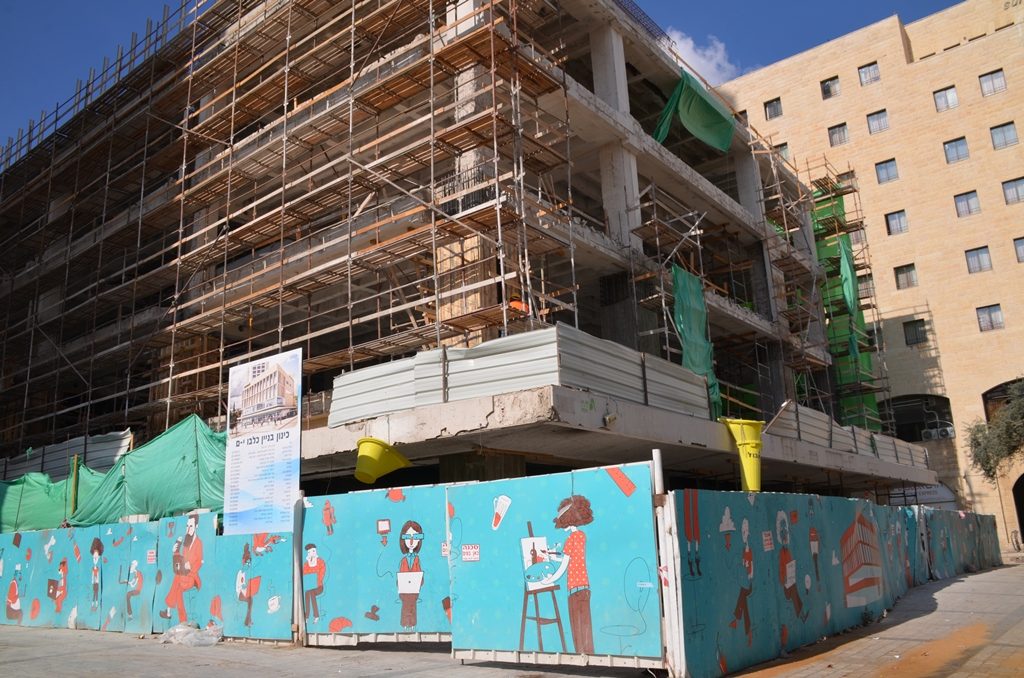 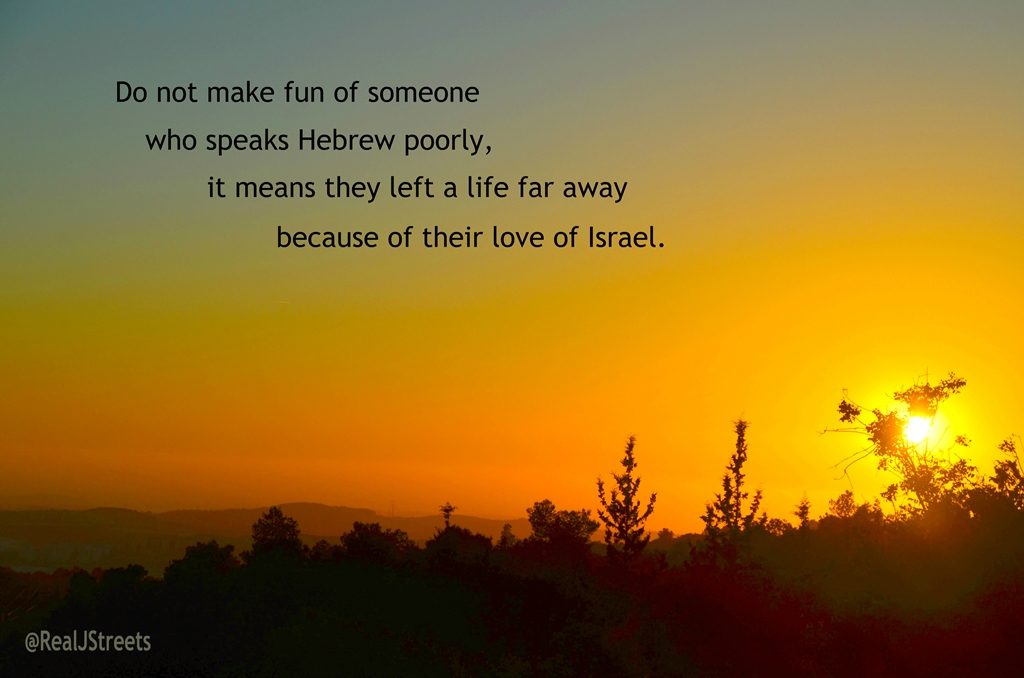 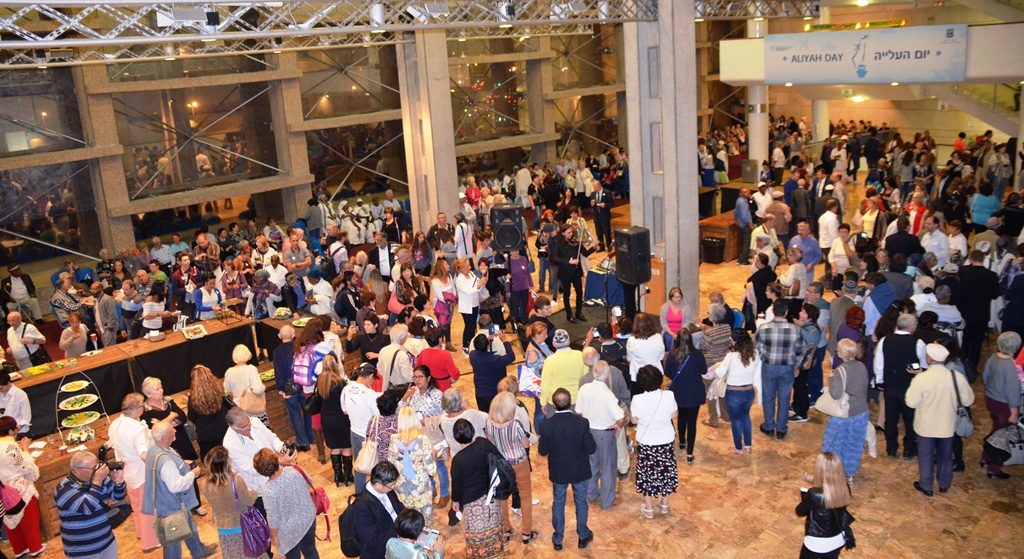 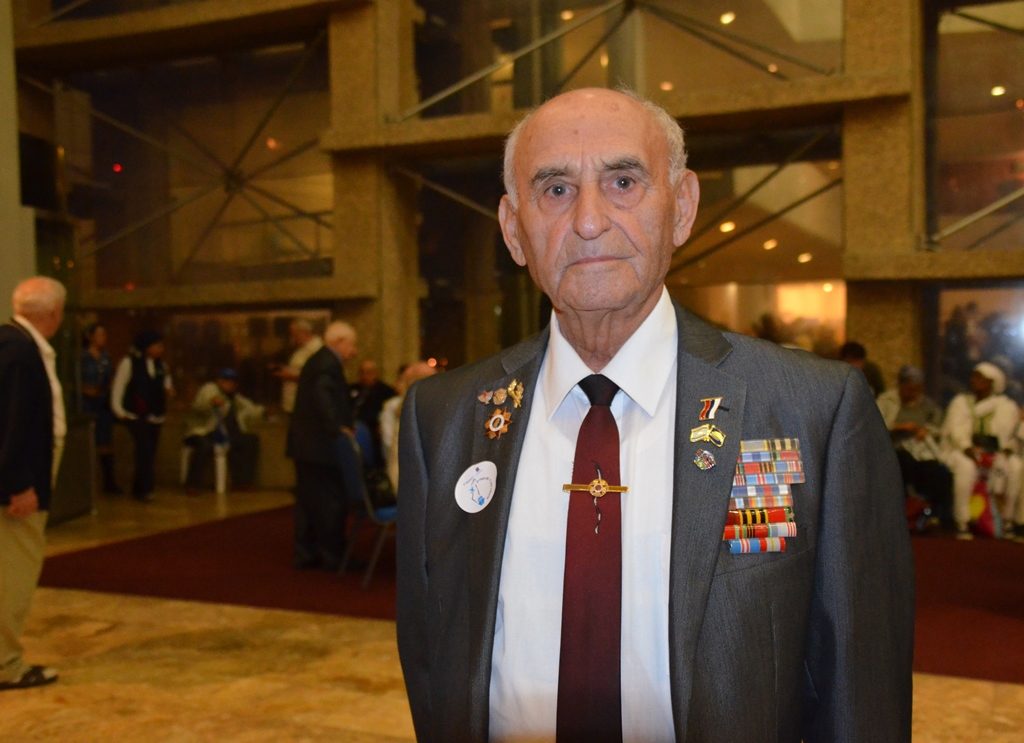 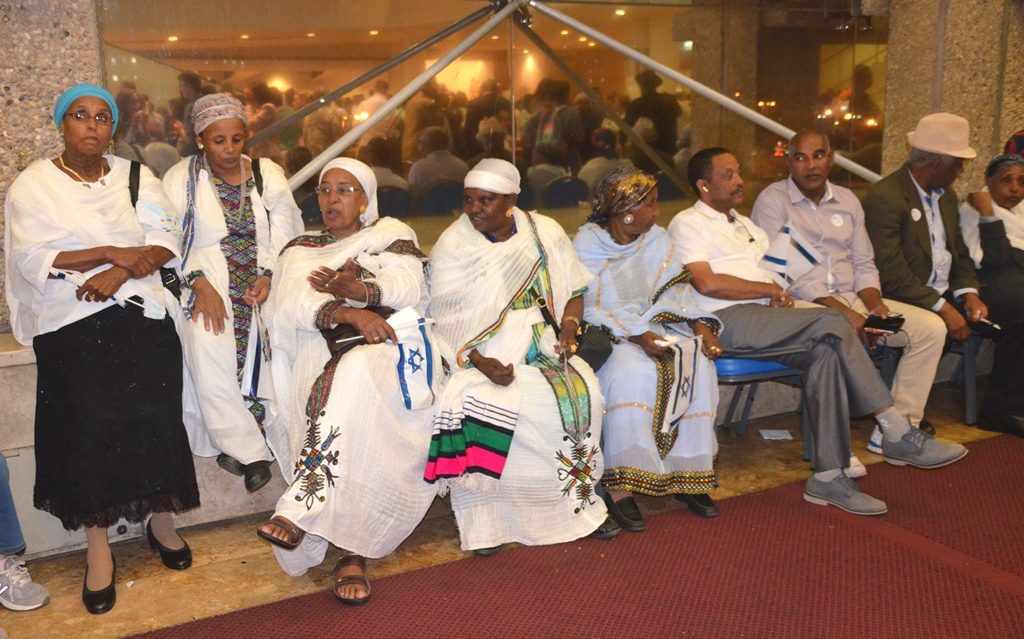 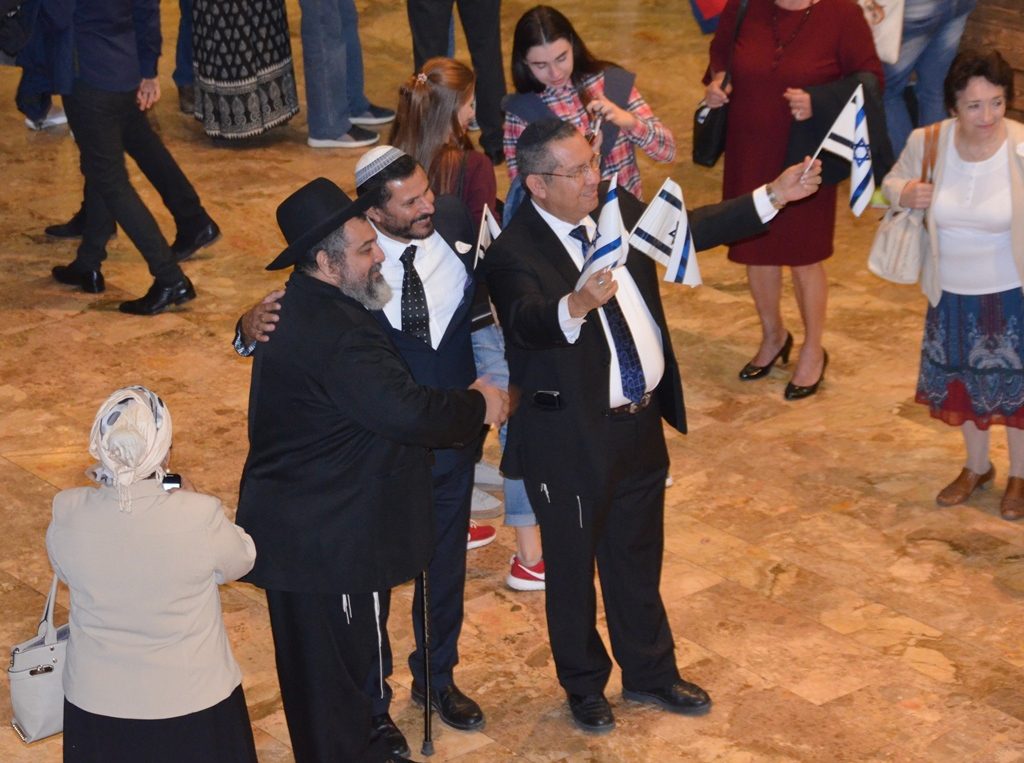 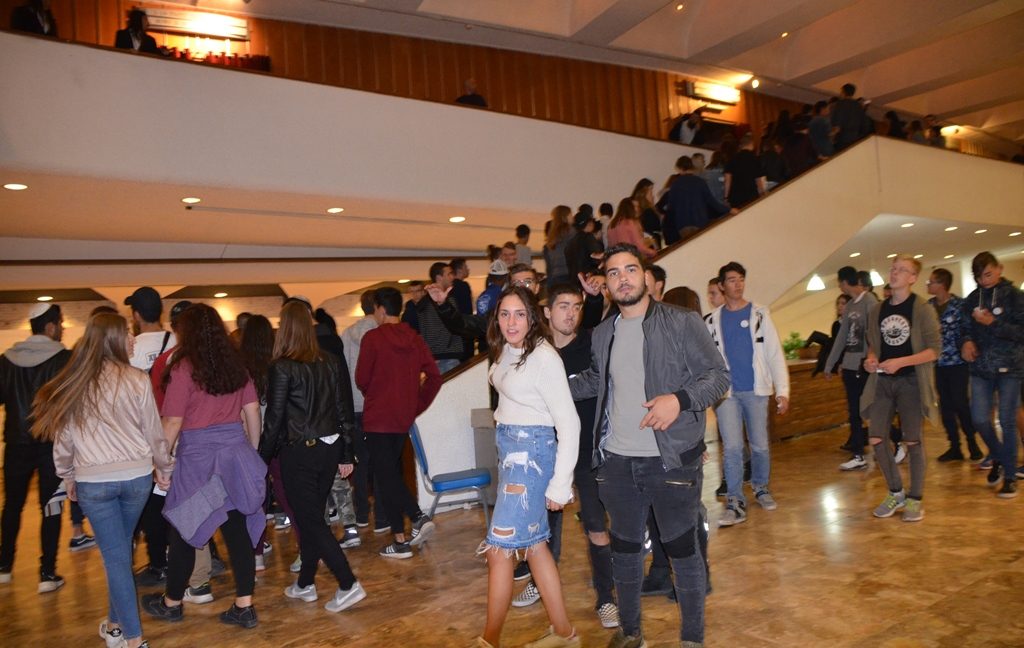 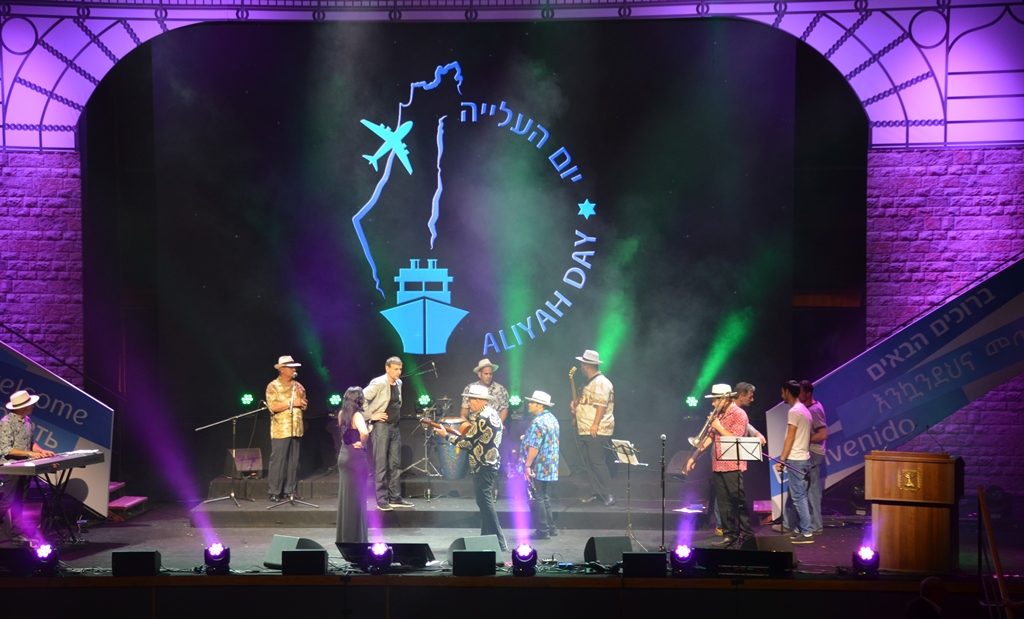 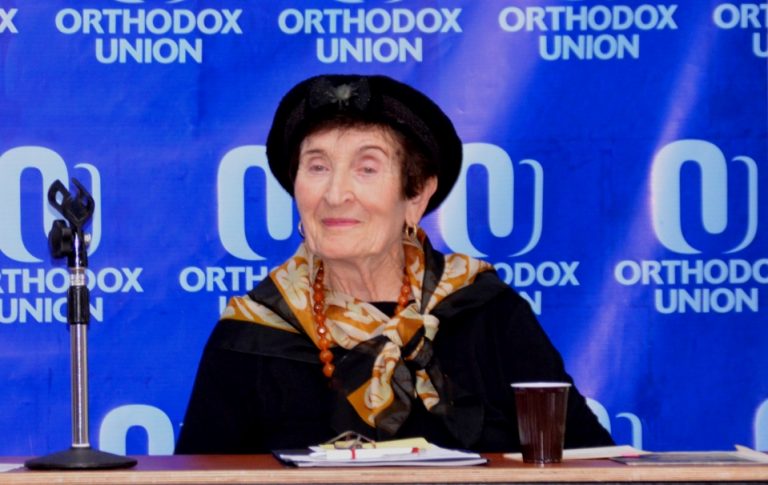