The fall holiday season in Jerusalem, Israel, has come to a close.

Monday night,  the Jerusalem streets from First Station to the Kotel, Western Wall, to the Gur Hassidic Center, and dozens of other locations were filled with live music and tens of thousands dancing with Torahs for Hakafot Shniot. 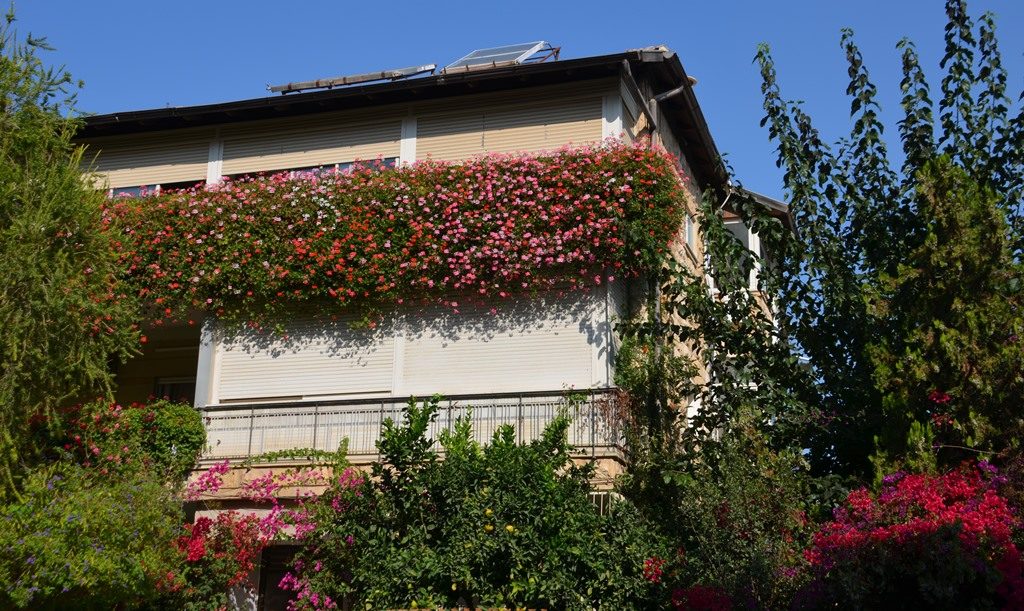 Tourists prepared to go back to their homes, as Jerusalem fall flowers were in full bloom.

In the first year of Reuven Rivlin’s presidency, there was no line on the street outside of Beit Hanasi, the Israeli President’s Residence, for the annual Sukkah Open House.

This year 8,000 people came. For many, it was their first time inside the usually closed gates.

The theme in the President’s public sukkah was Israeli grapes. 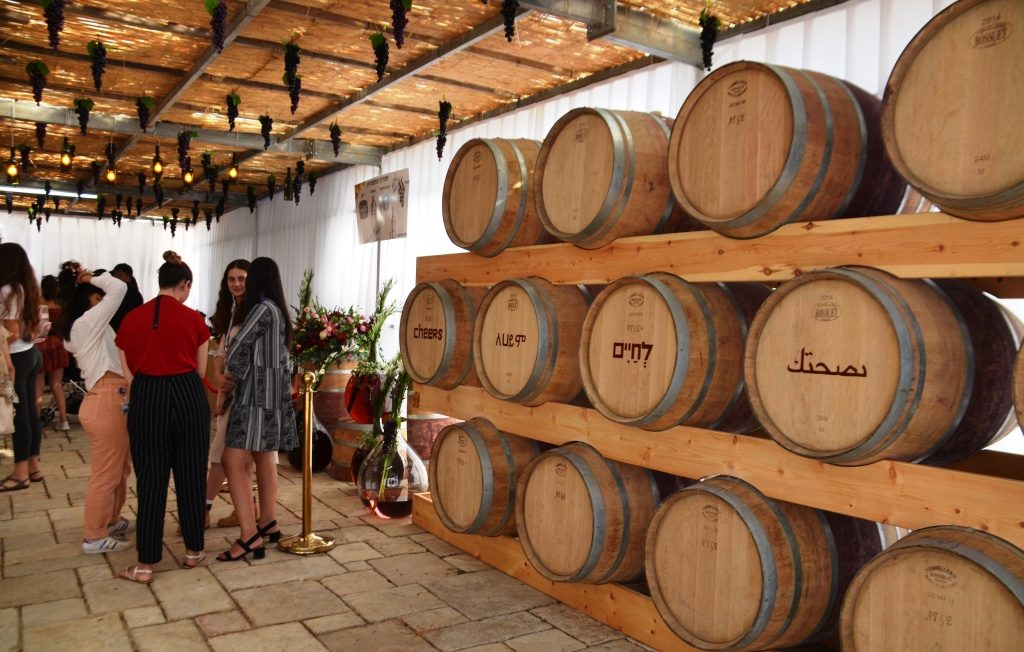 Barrels of wine were in the sukkah this year, but no samples were offered. Artificial grapes hung from the top of the sukkah.  A large wheelbarrow outside the sukkah was filled with a variety of grapes that were consumed before I thought to take a photo. 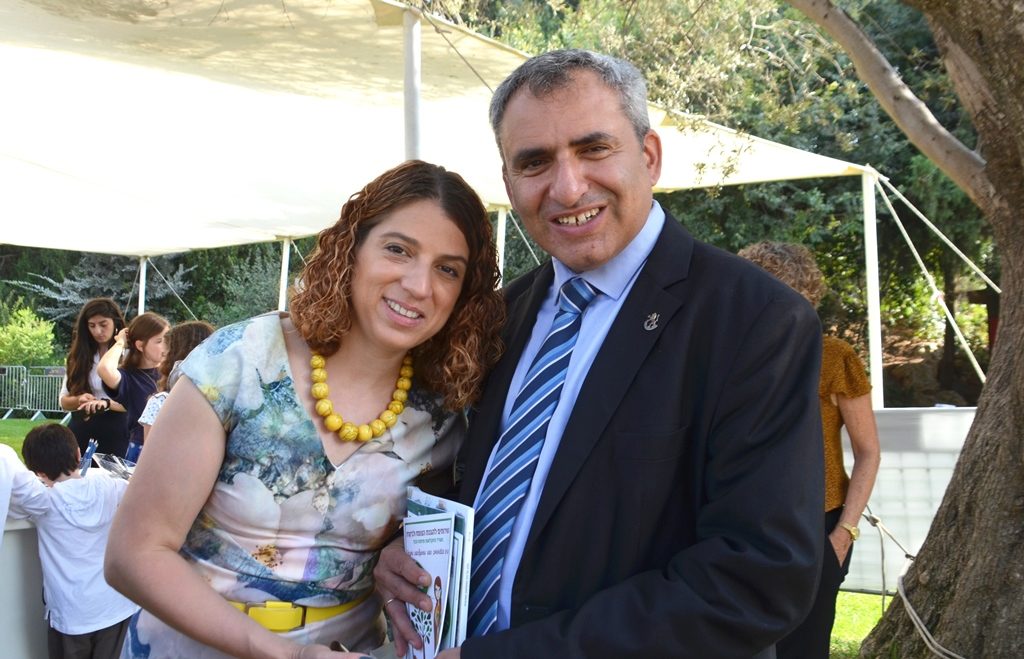 MK Zeev and Maria Elkin were at Beit Hanasi early for the intermediary days of Sukkot event. 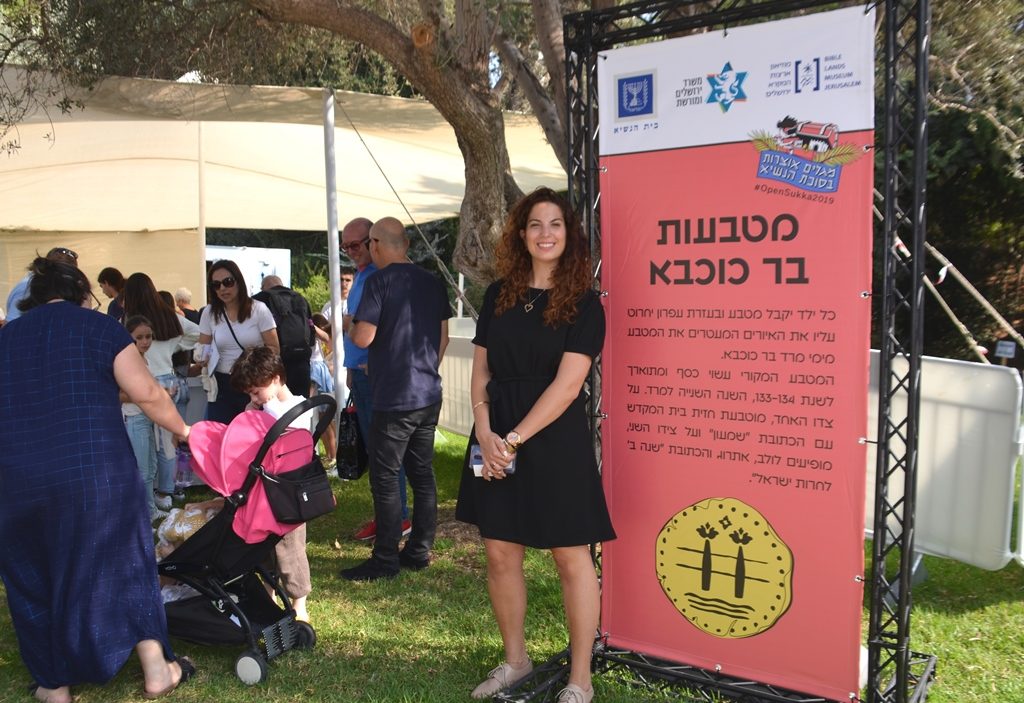 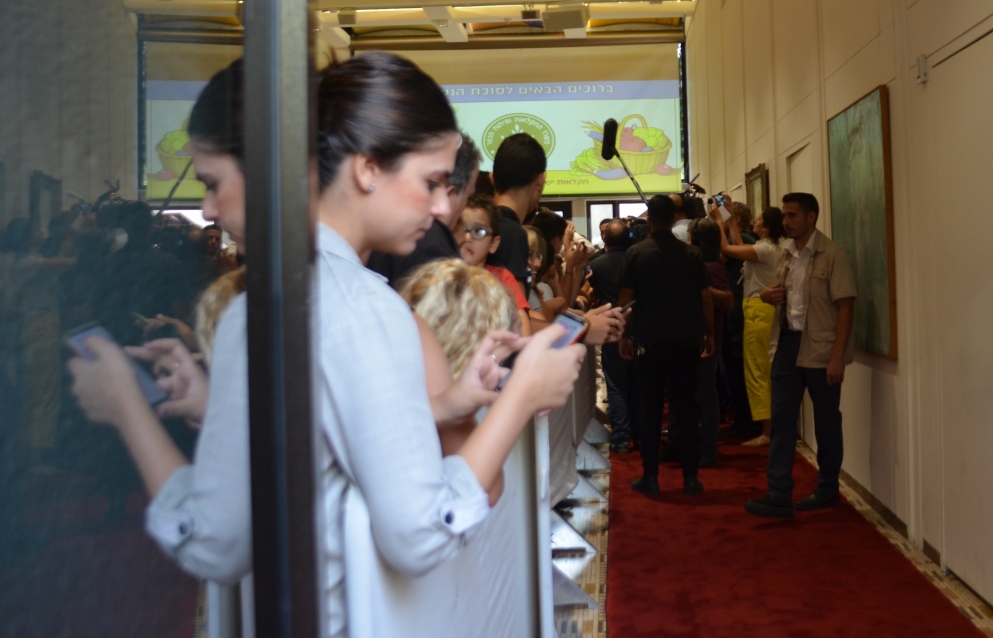 When President Rivlin made an appearance, he was surrounded by media.

Crowds were both outside and inside the main hall, 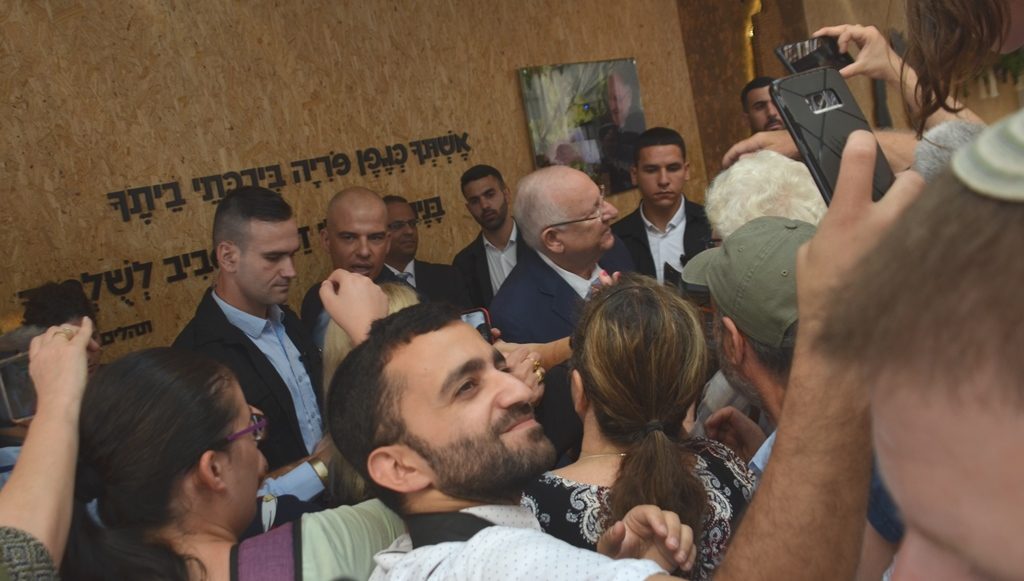 in the big sukkah, 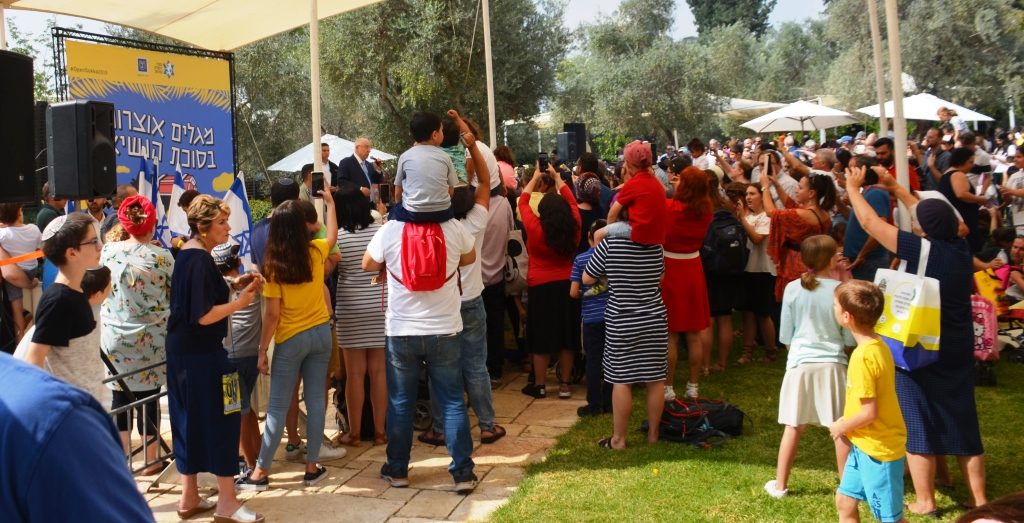 and outside on the back lawn. 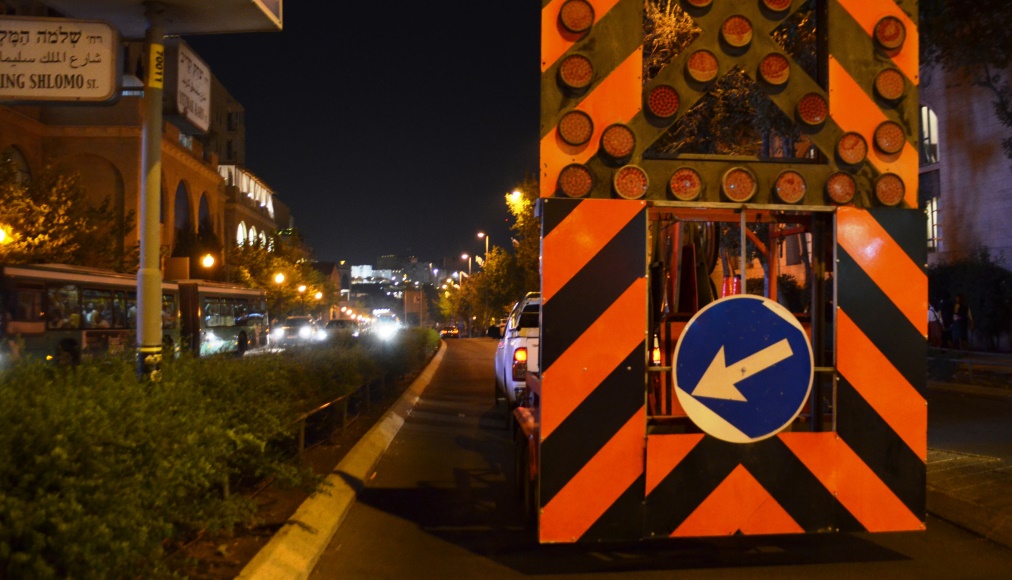 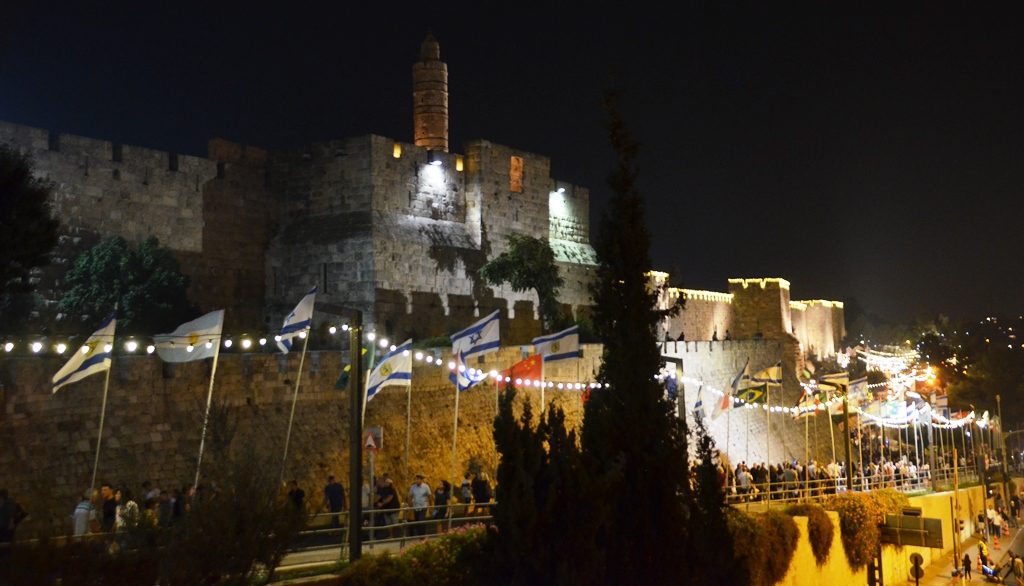 Even late at night, tens of thousands of visitors walking to and from the Old City is a common Sukkot sight. 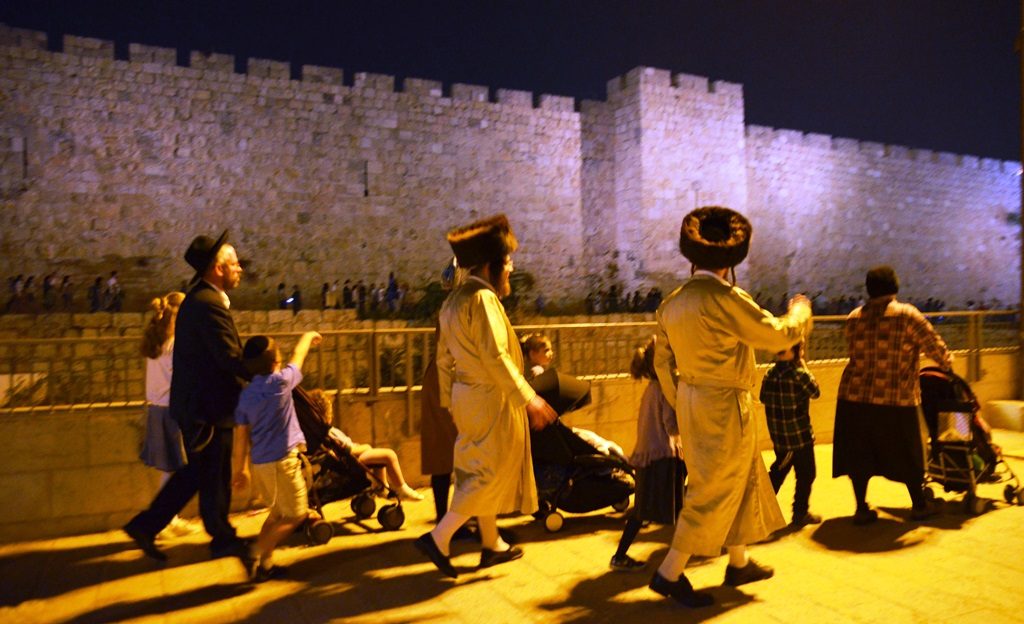 Perhaps not the best, but surely the biggest etrog I saw, was the size of the man’s head. 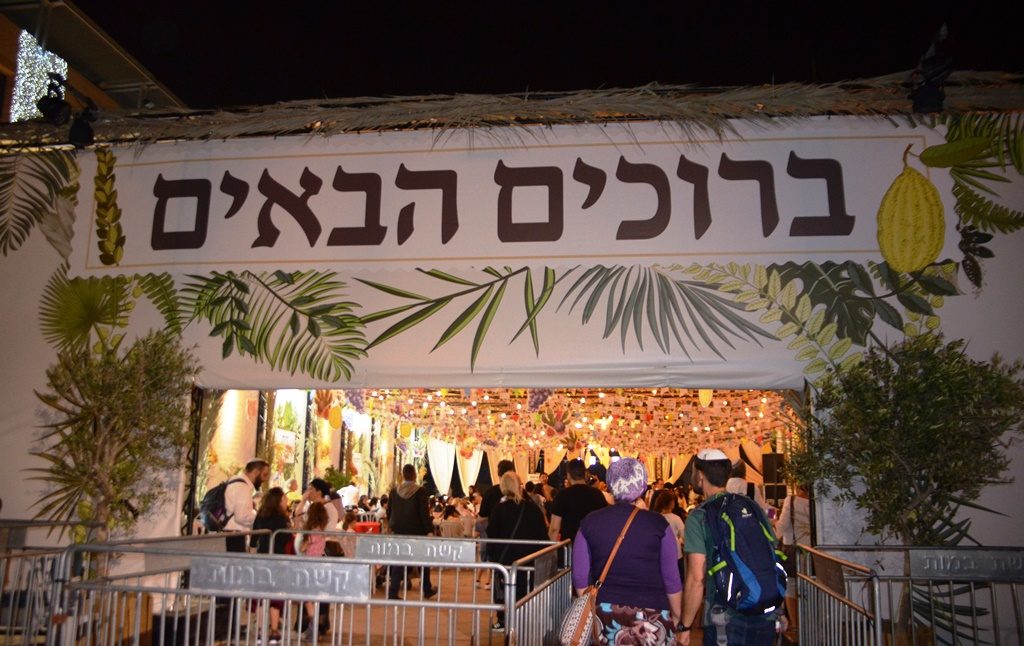 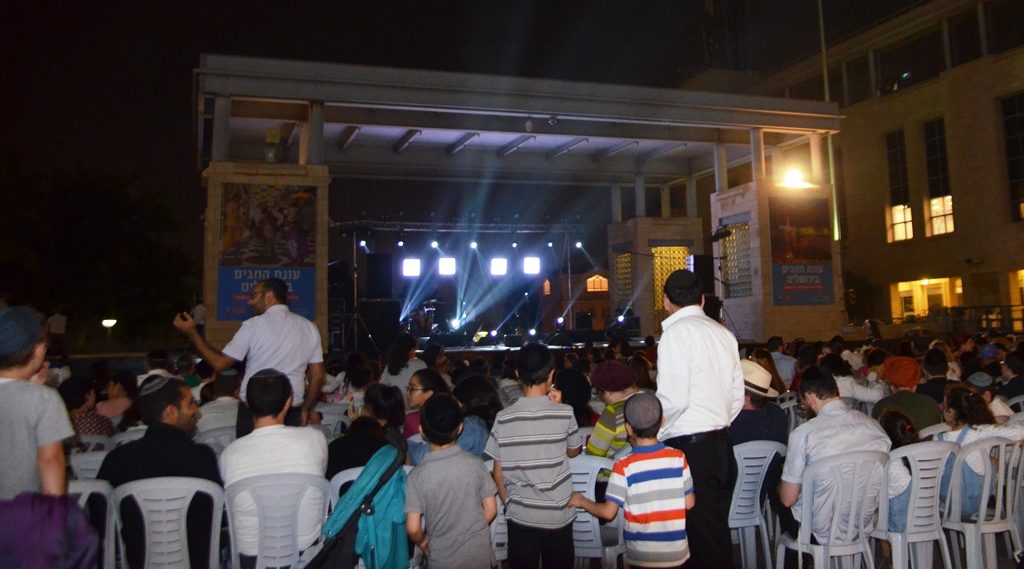 The list of free and fundraising concerts and events in Jerusalem was long and diverse. 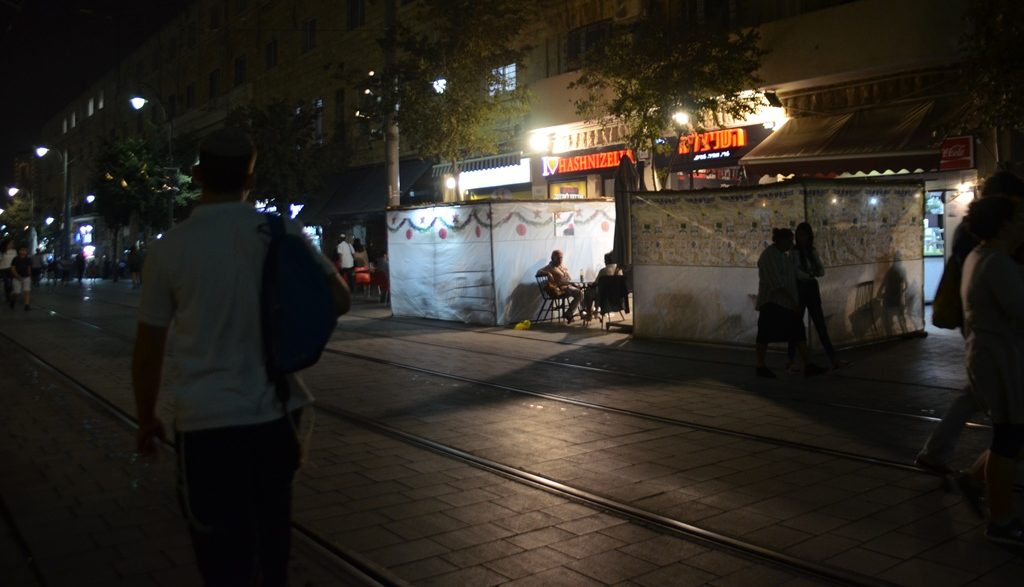 Day and night the sukkot lining the light rail tracks on Jaffa Road welcomed the tired and hungry . 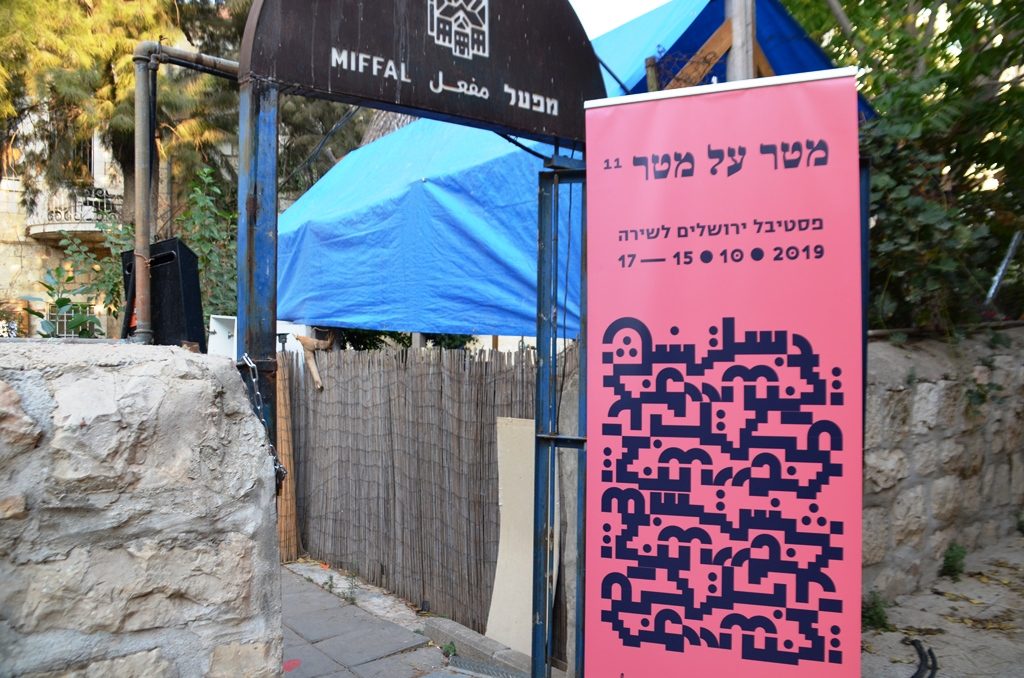 One Jerusalem festival was set for holiday visitors. 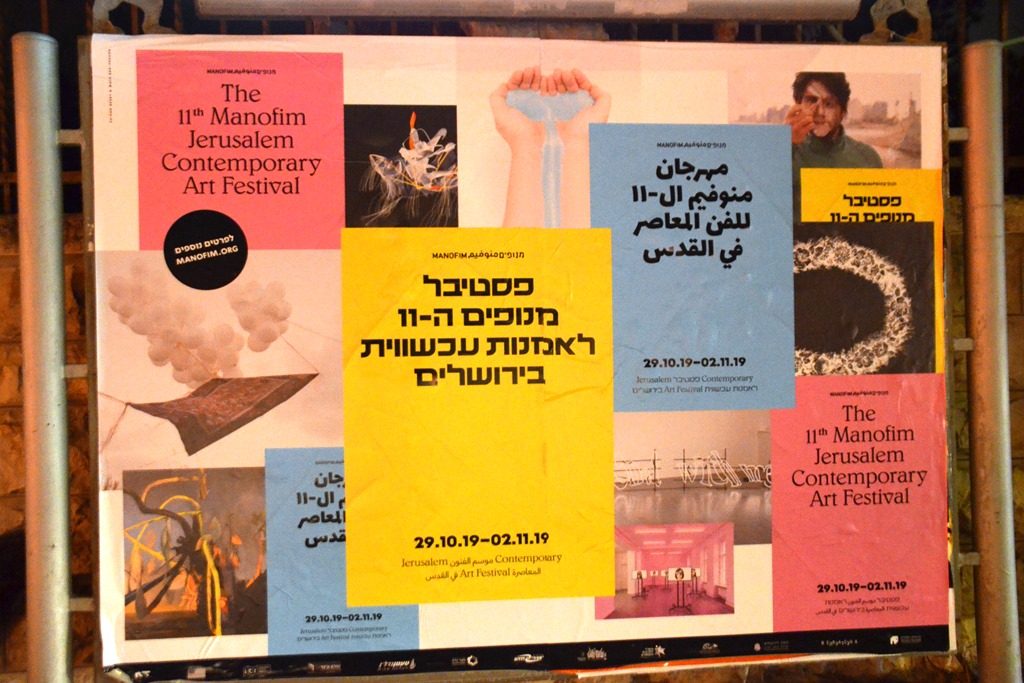 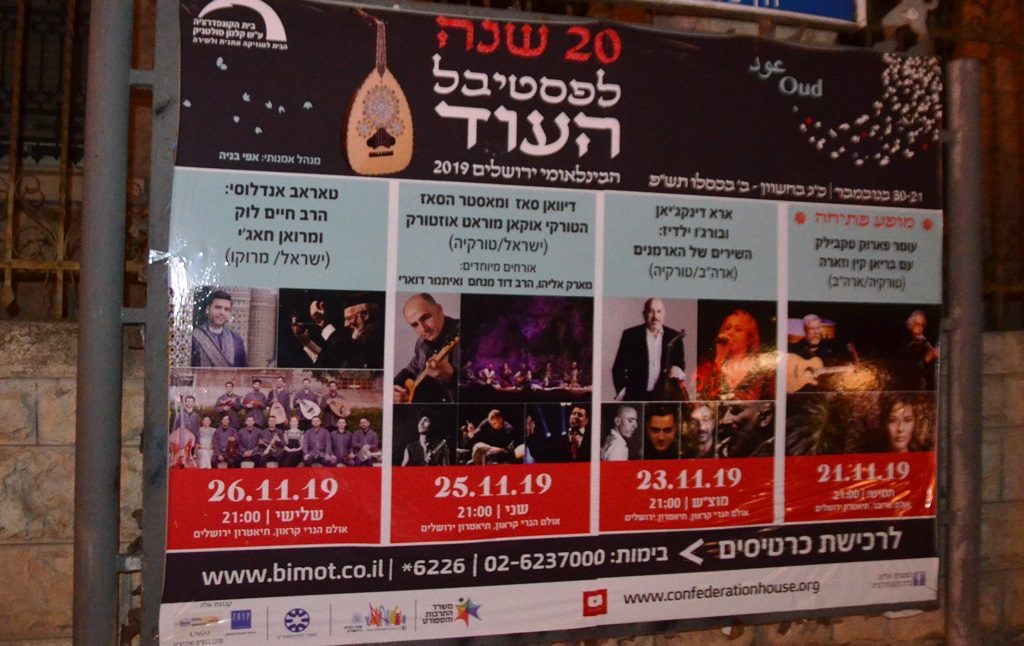 followed in November by the Oud Festival for the 20th year.

The 4th Jerusalem Biennale which opened October 10 goes through November.

There are 14 locations, 200 artists and 500 works in this Jerusalem contemporary art event.

So I will end with another view of Rabbi Yitzchok Moully’s sukkah constructed of reflective plexiglass exterior panels at Heichal Shlomo.

So many photos from Jerusalem Biennale, it needs a post of its own. Coming soon.

So much happened over Sukkot holidays, so much more happening on Jerusalem streets.