and flowers are in bloom.

US summer camps, or a day at the beach.

For those left behind this summer, 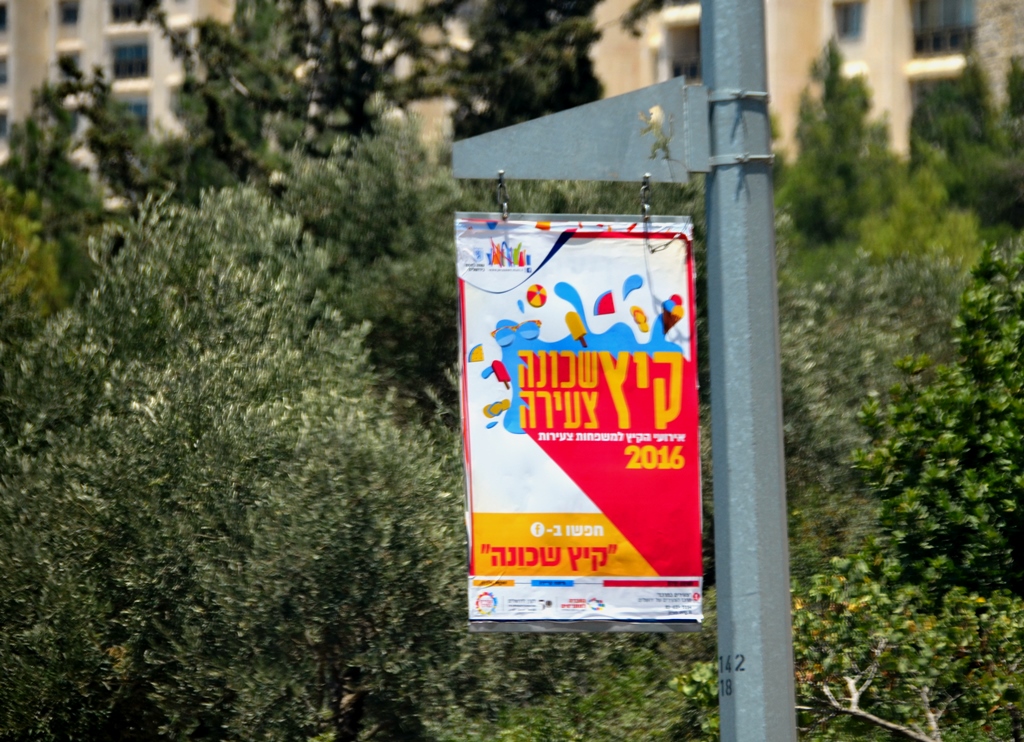 neighborhood events in the parks for youth 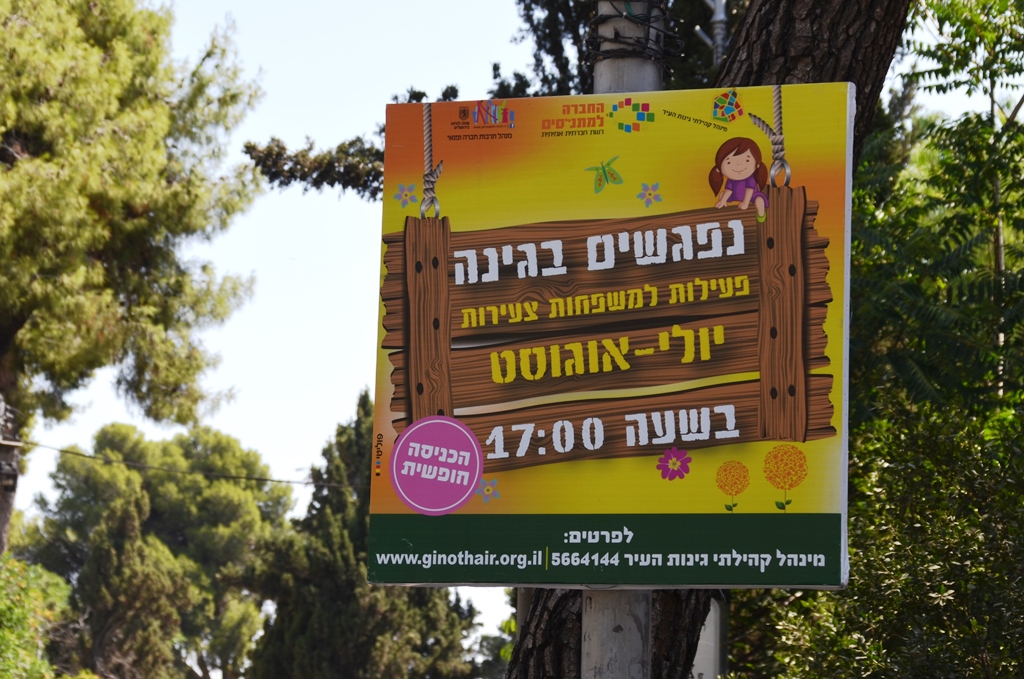 and children are held in evening.

A special ceremony is set for August 4th at Har Herzl.

Those signs are out for all to see;

and now for what you may not have seen.

A special panel was held at the Tzohar Conference,

at the Jerusalem International Conference Center.

As each told the story that changed their lives, 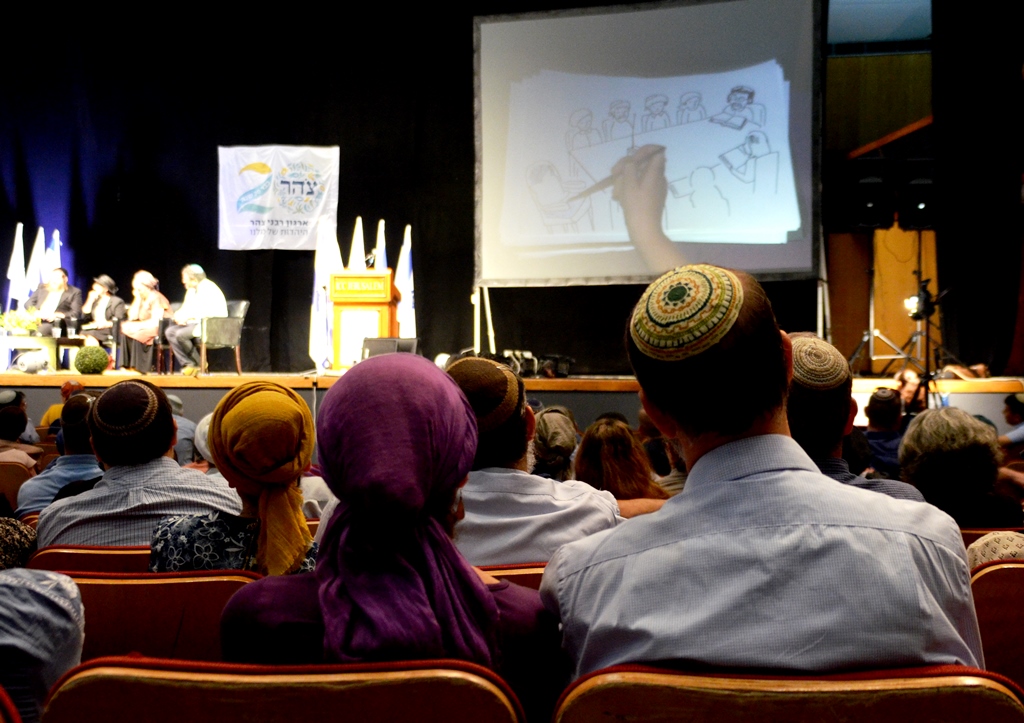 a talented artist illustrated as they spoke.

I had never seen that before,

the stories were interesting enough,

do not come easily and are highly valued,

so guests often linger to appreciate the gardens

before going into the reception room for an event. 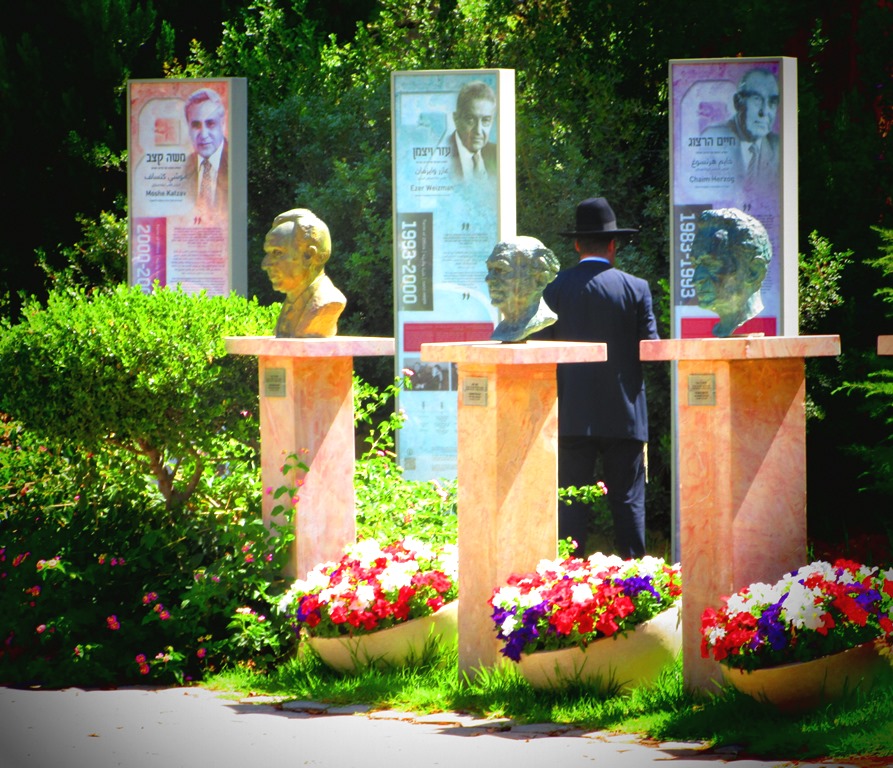 This man stopped to study the informational panels

posted behind the busts of former presidents

that are lined up in the garden.

He was there for a very special ceremony.

Finally after 9 years without new appointments,

there is a new Supreme Rabbinical Court. 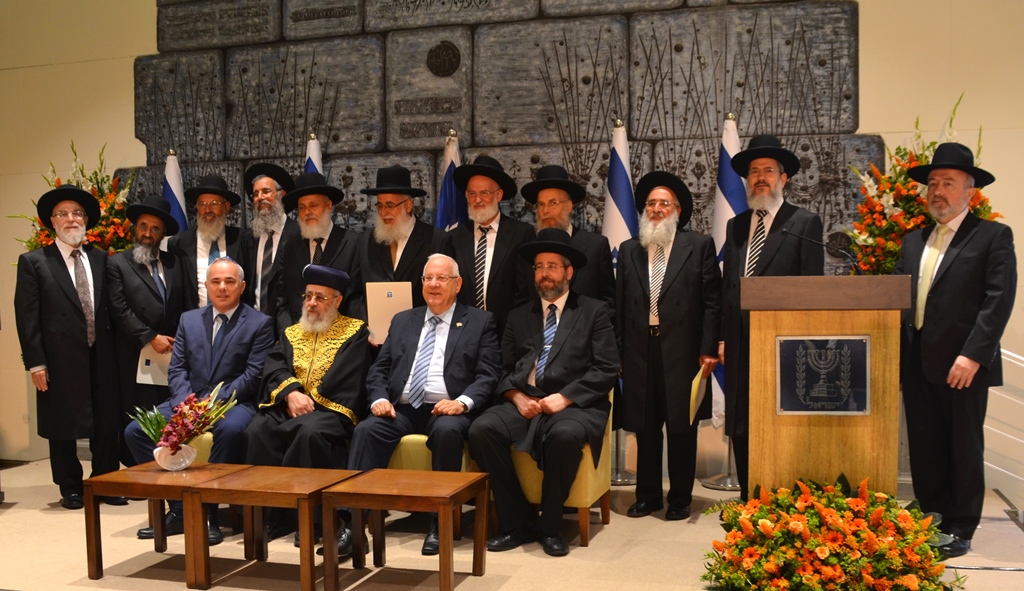 and head of the appointment committee Minster MK Yuval Steinitz.

With their varied backgrounds and experiences,

it is hoped that long overdue resolutions can be reached.

the Olympics 2016 are starting Friday in Rio.

The largest ever Israeli Olympic team

posed outside Beit Hanasi at their official send-off. 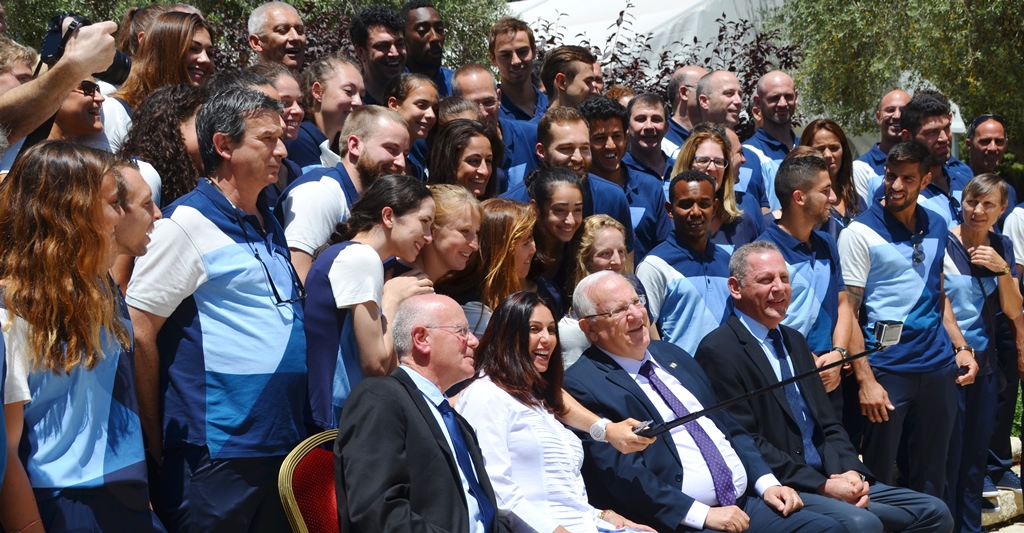 Everyone was smiling and happy,

I sure hope their experiences in Rio are positive,

and everyone comes back smiling for selfies.