that ‘the whole world is a stage,’ 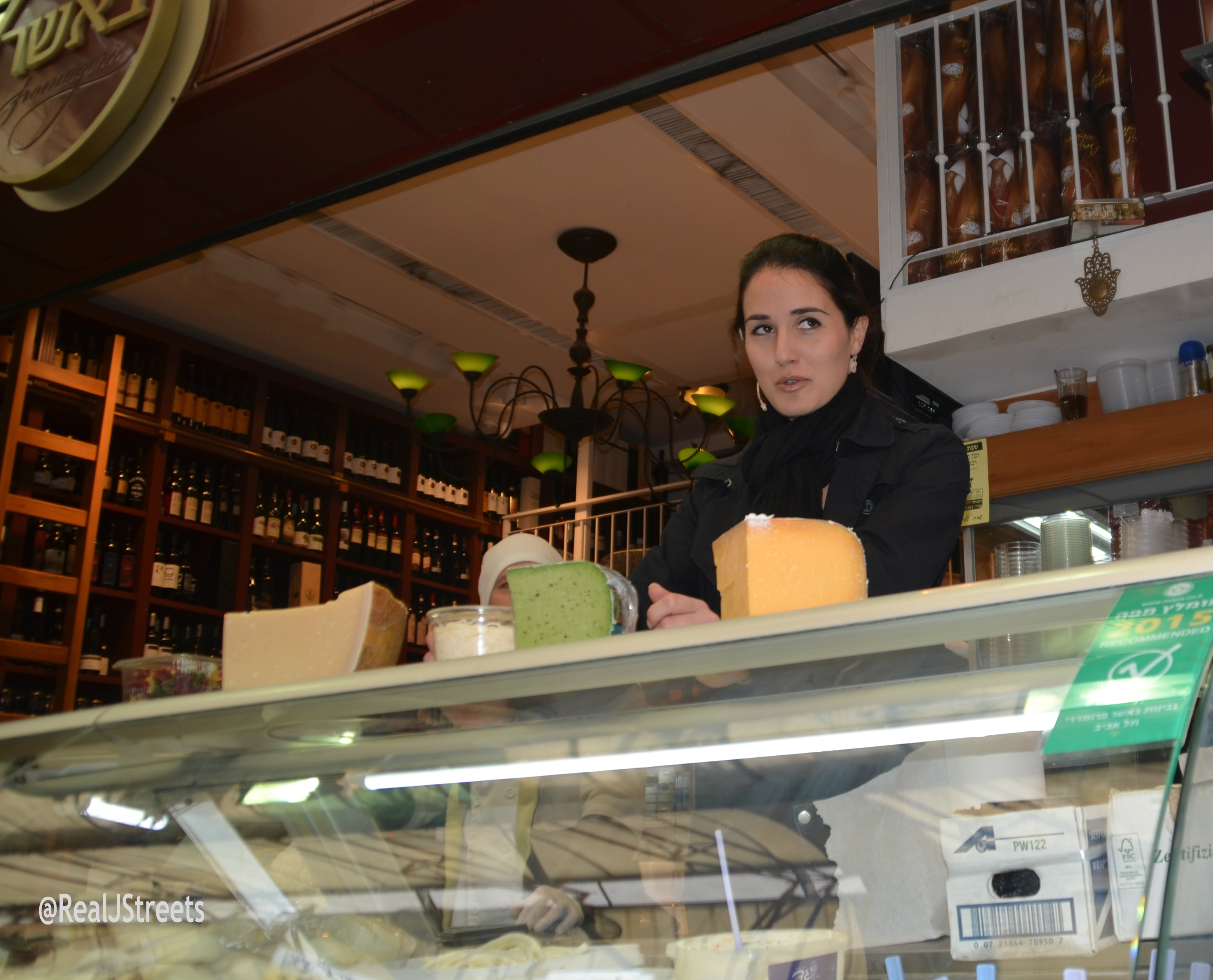 somehow I do not think a cheese shop 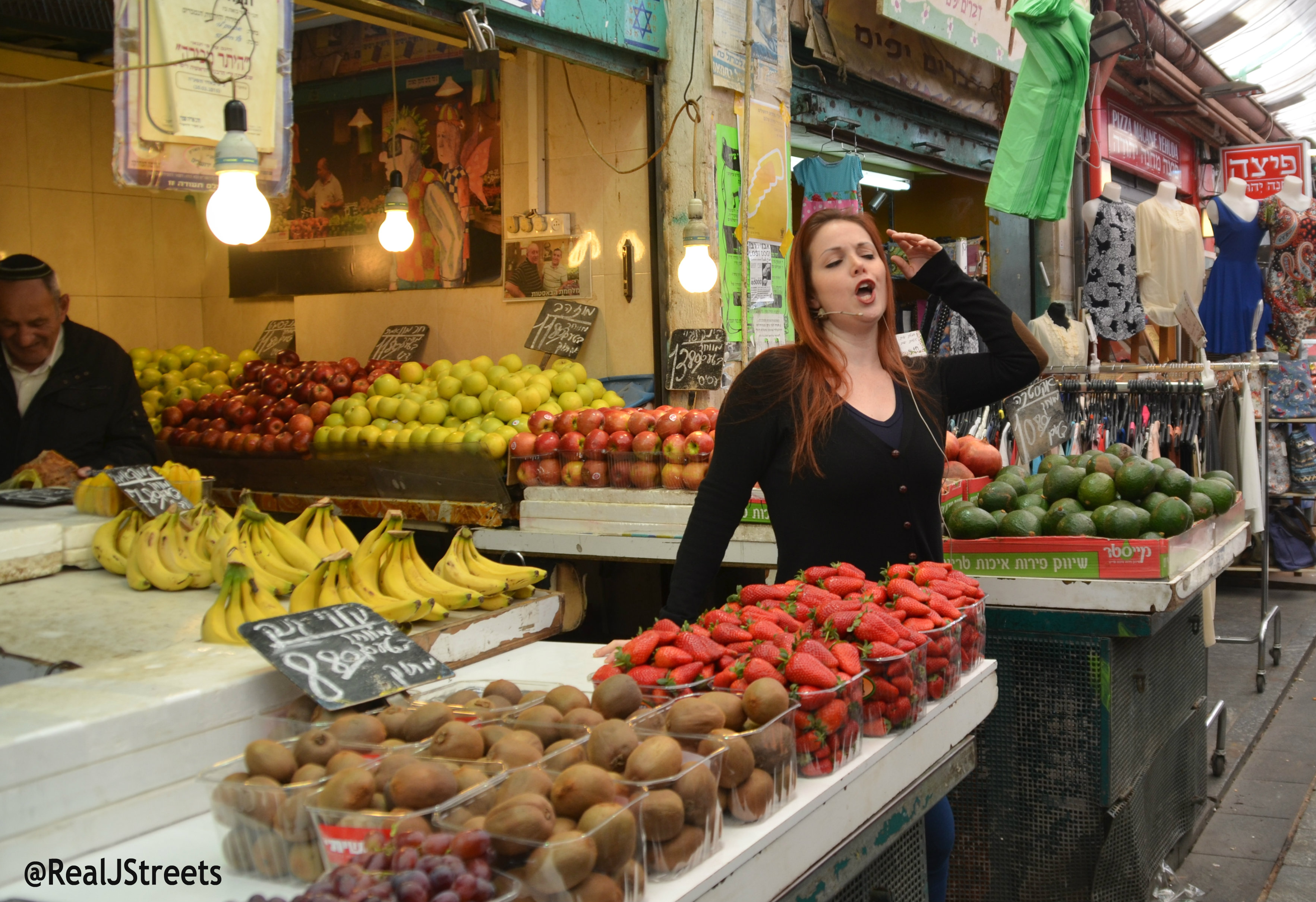 or fruit and vegetable stand was what he had in mind.

However, the Israeli Opera had 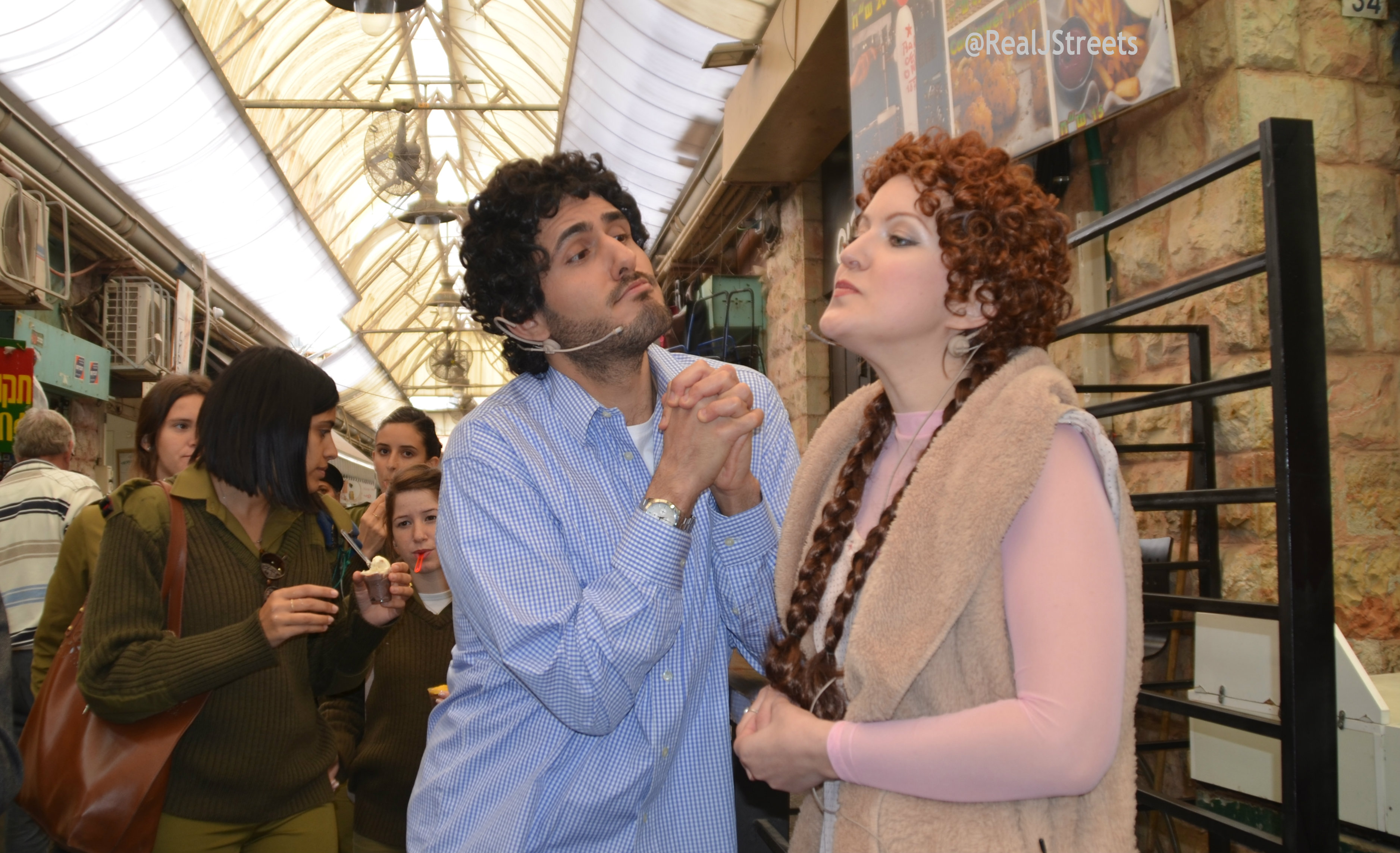 the shuk on Monday singing arias. 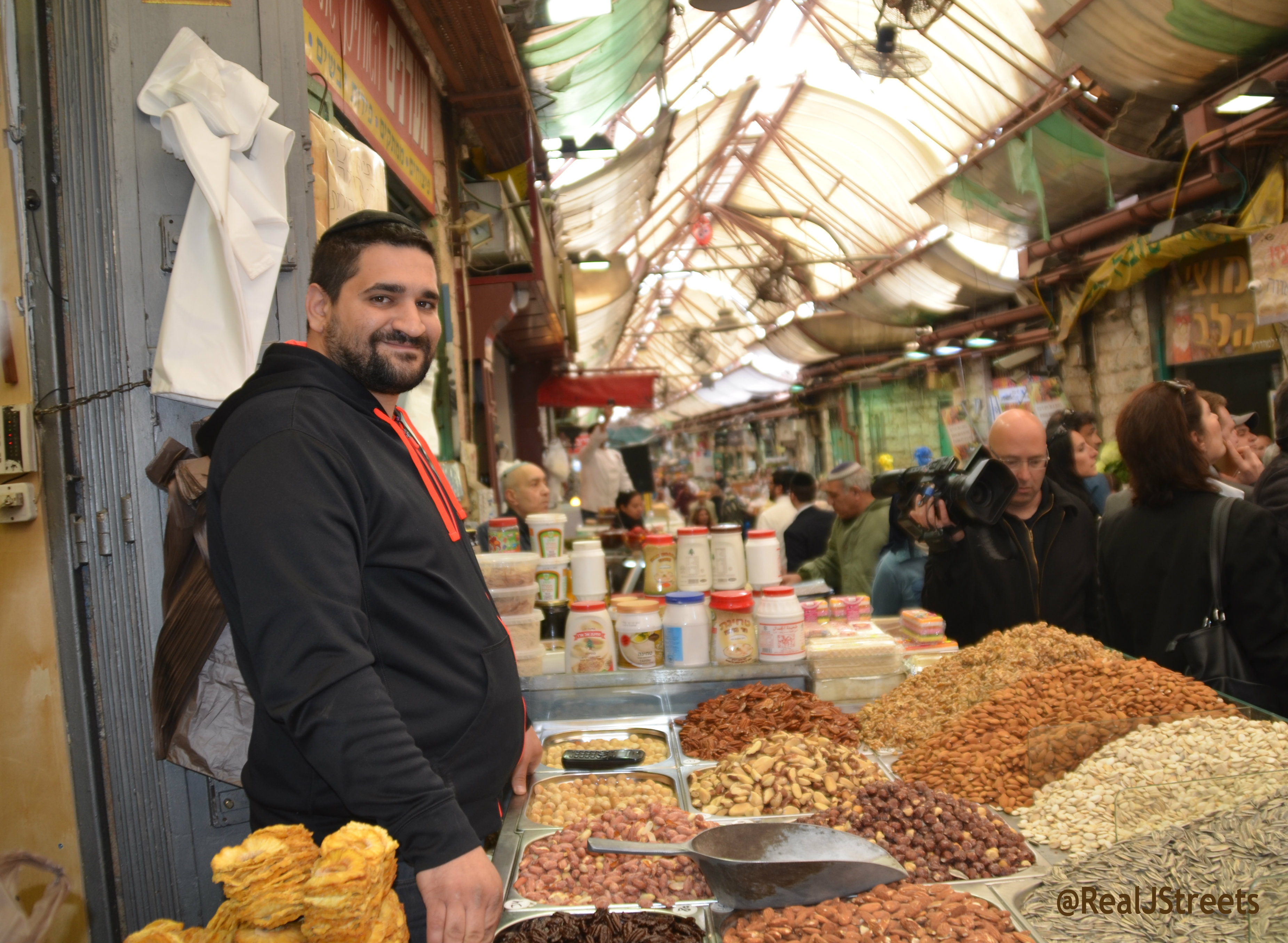 The man selling nuts was smiling, 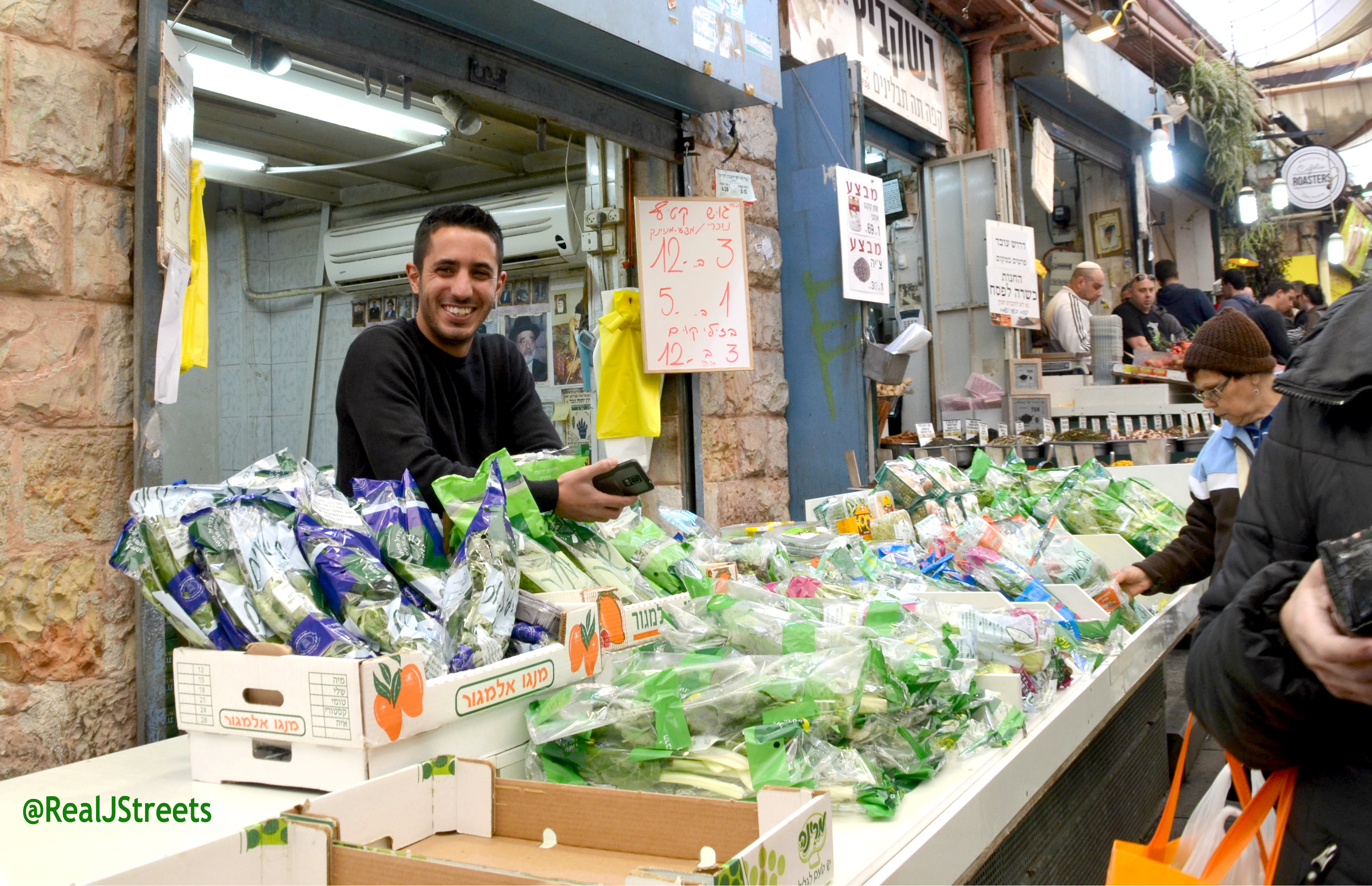 as was the green grocer across the way.

So was I after they found my cell phone.

Trying to get a good shot with so many photographers

pushing in the crowded and narrow alleyways,

I almost lost my phone there. 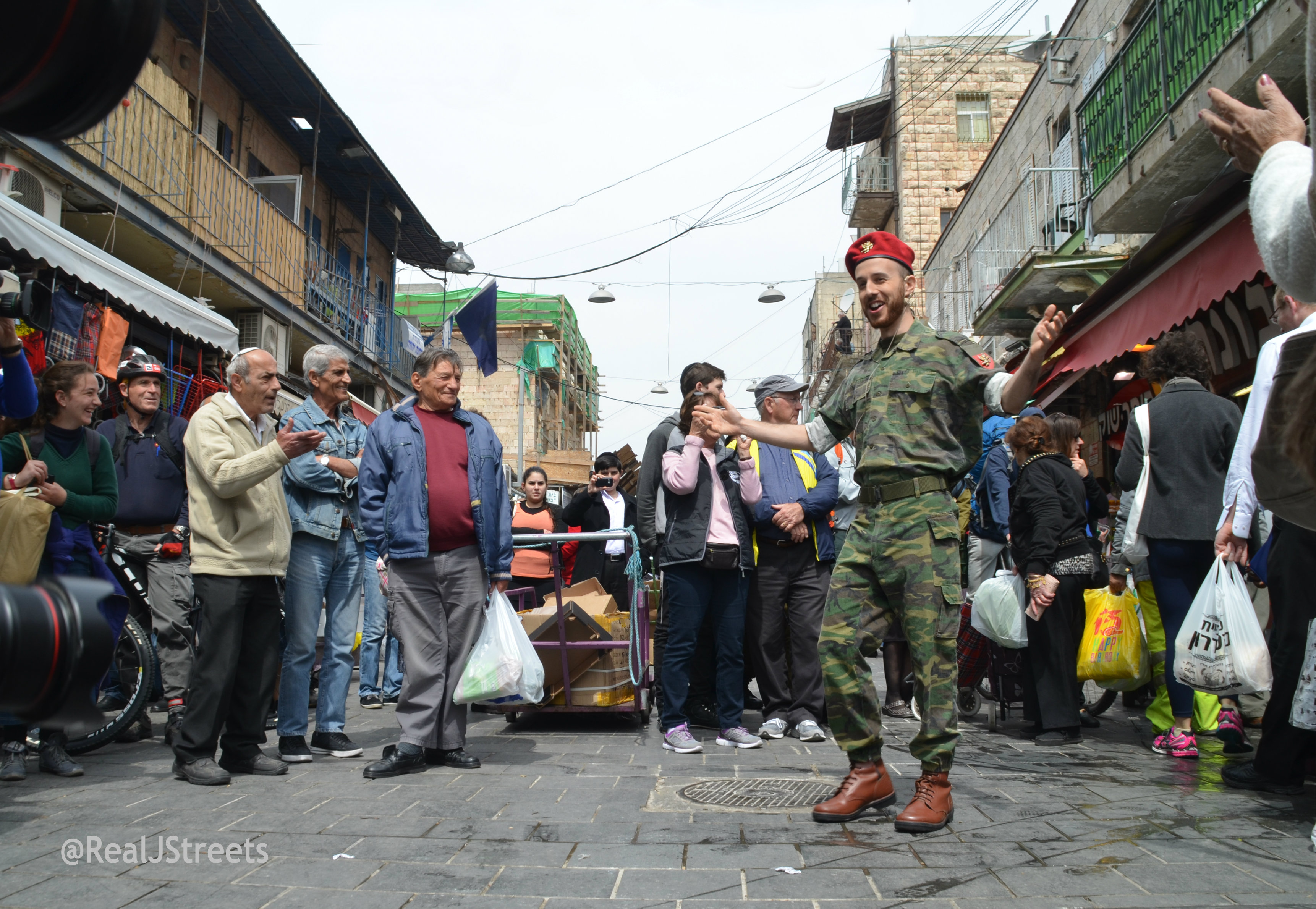 There was more than one place used as a stage, 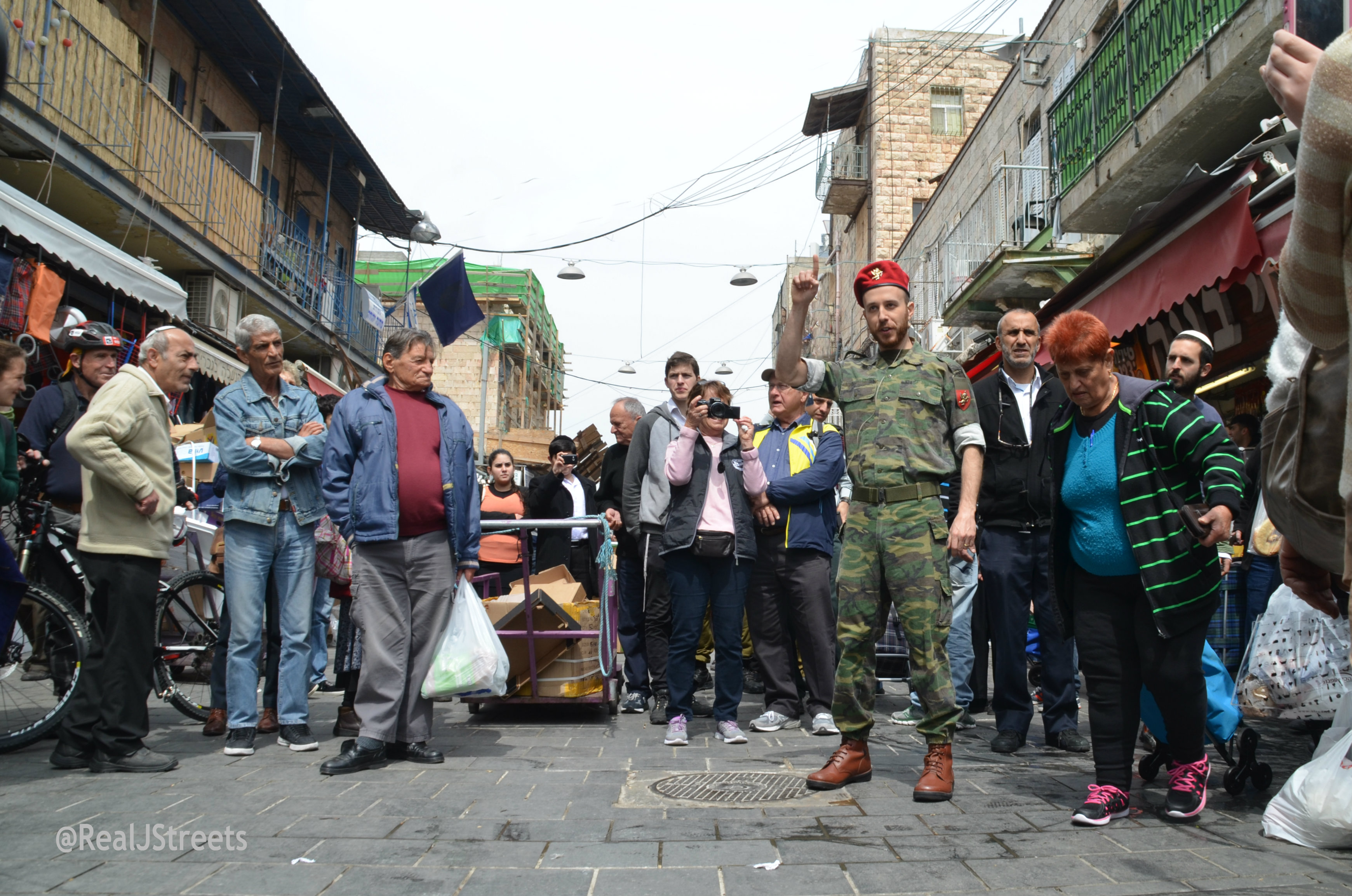 some shoppers were determined to keep going, 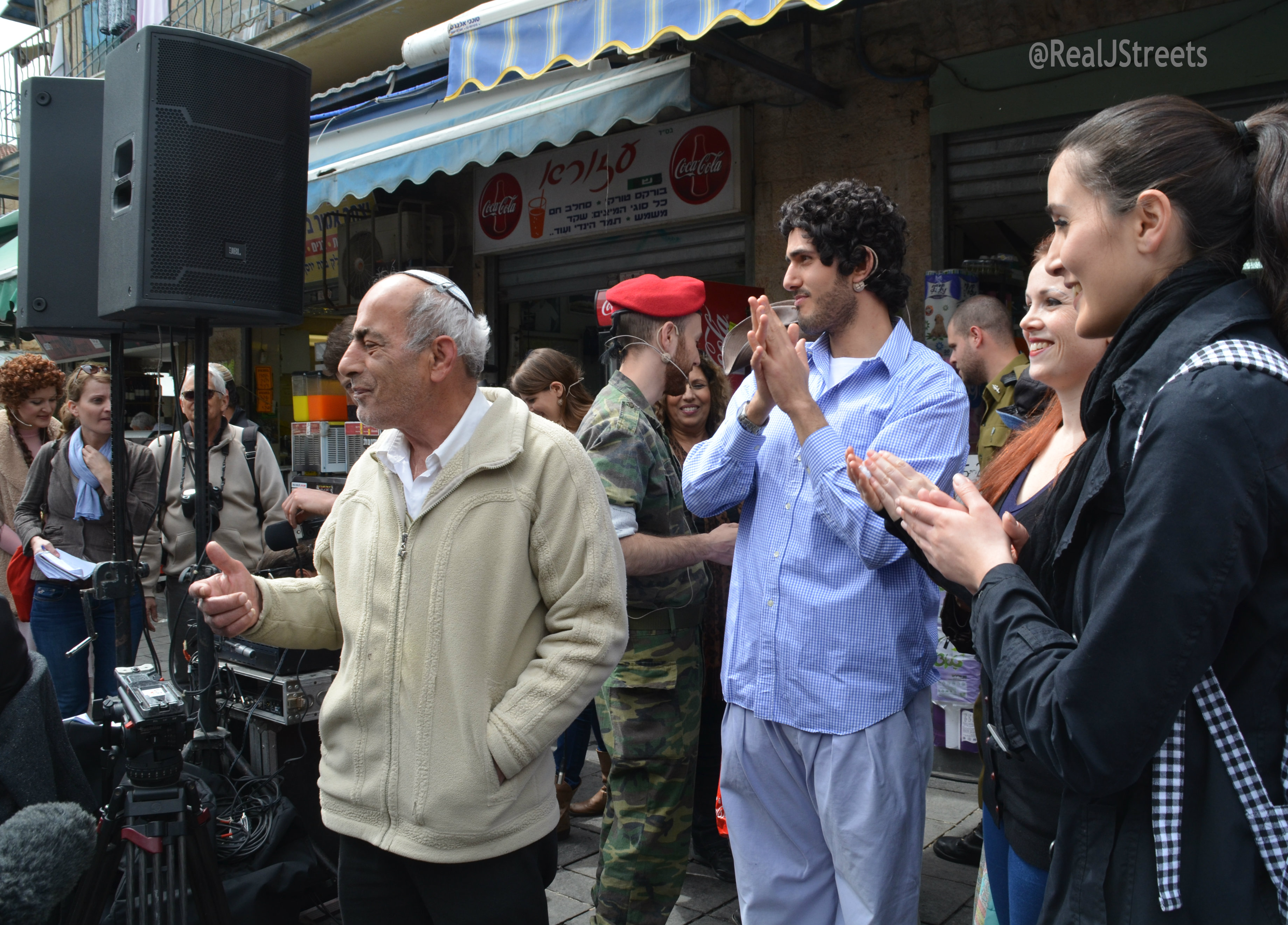 while others in the market became part of the show. 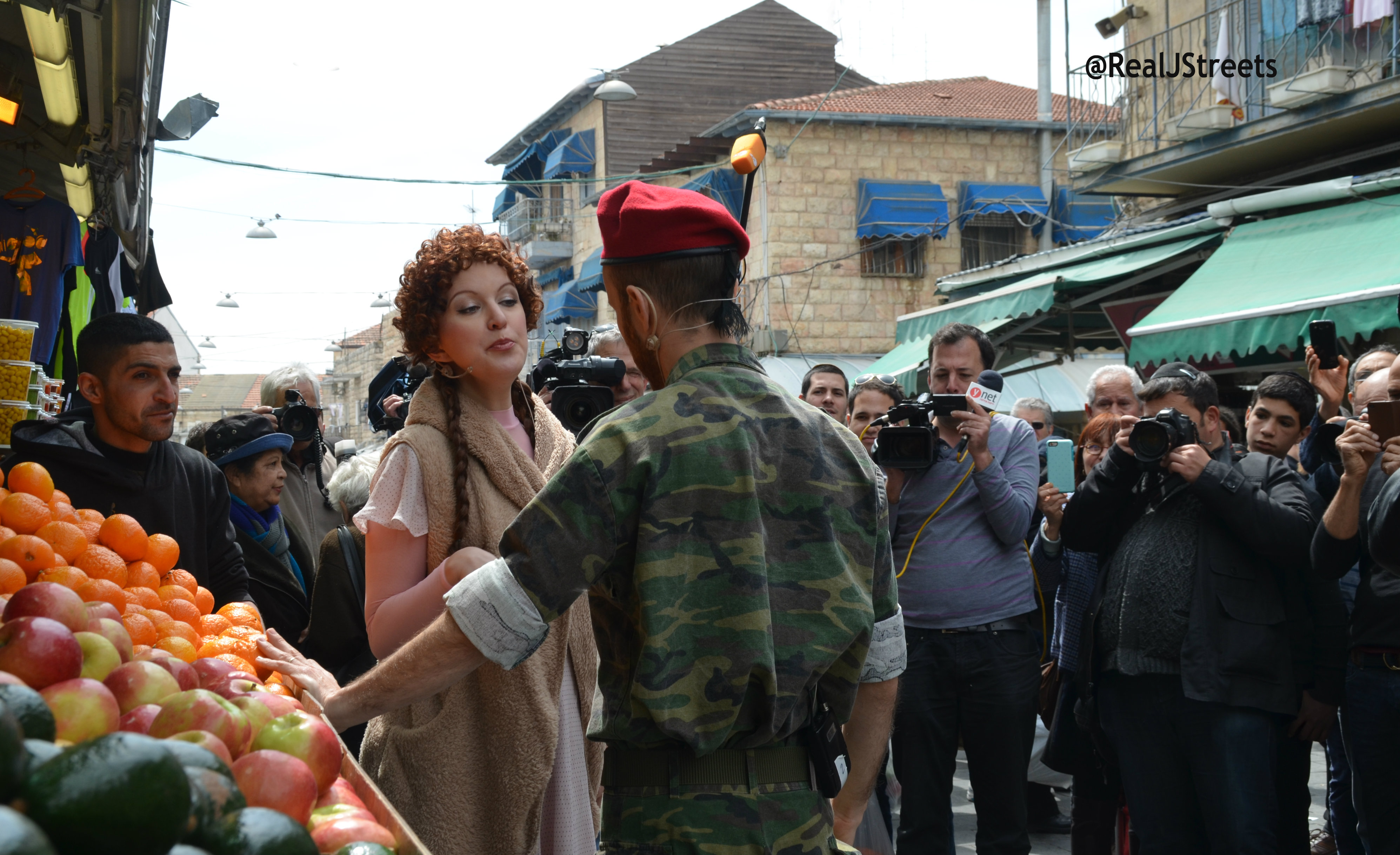 is to be performed in the Sultan’s Pool the end of June,

and some Jerusalem shoppers got a preview. 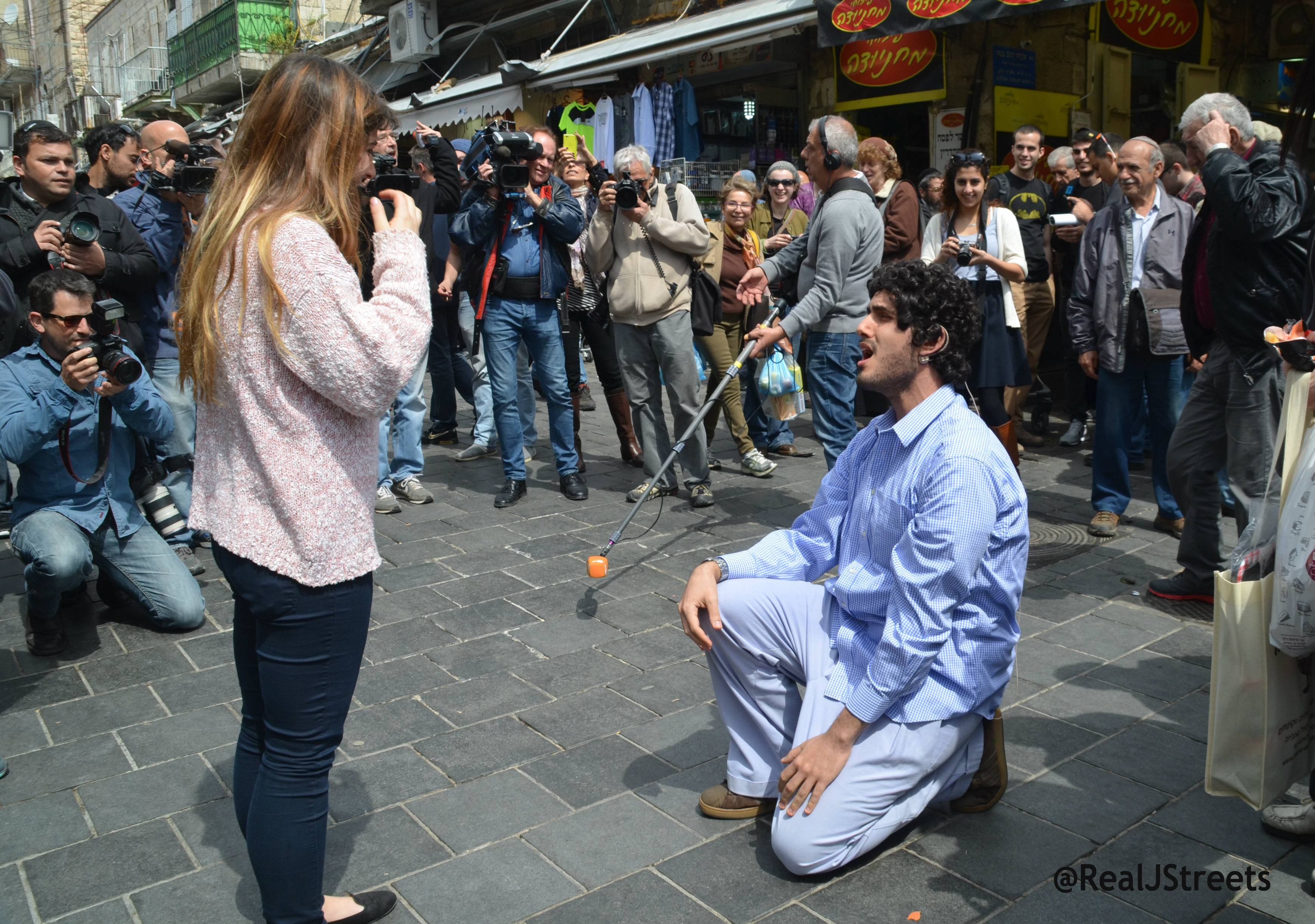 one girl in the crowd was serenaded to by this opera singer,

but after an hour the surprise show was over, 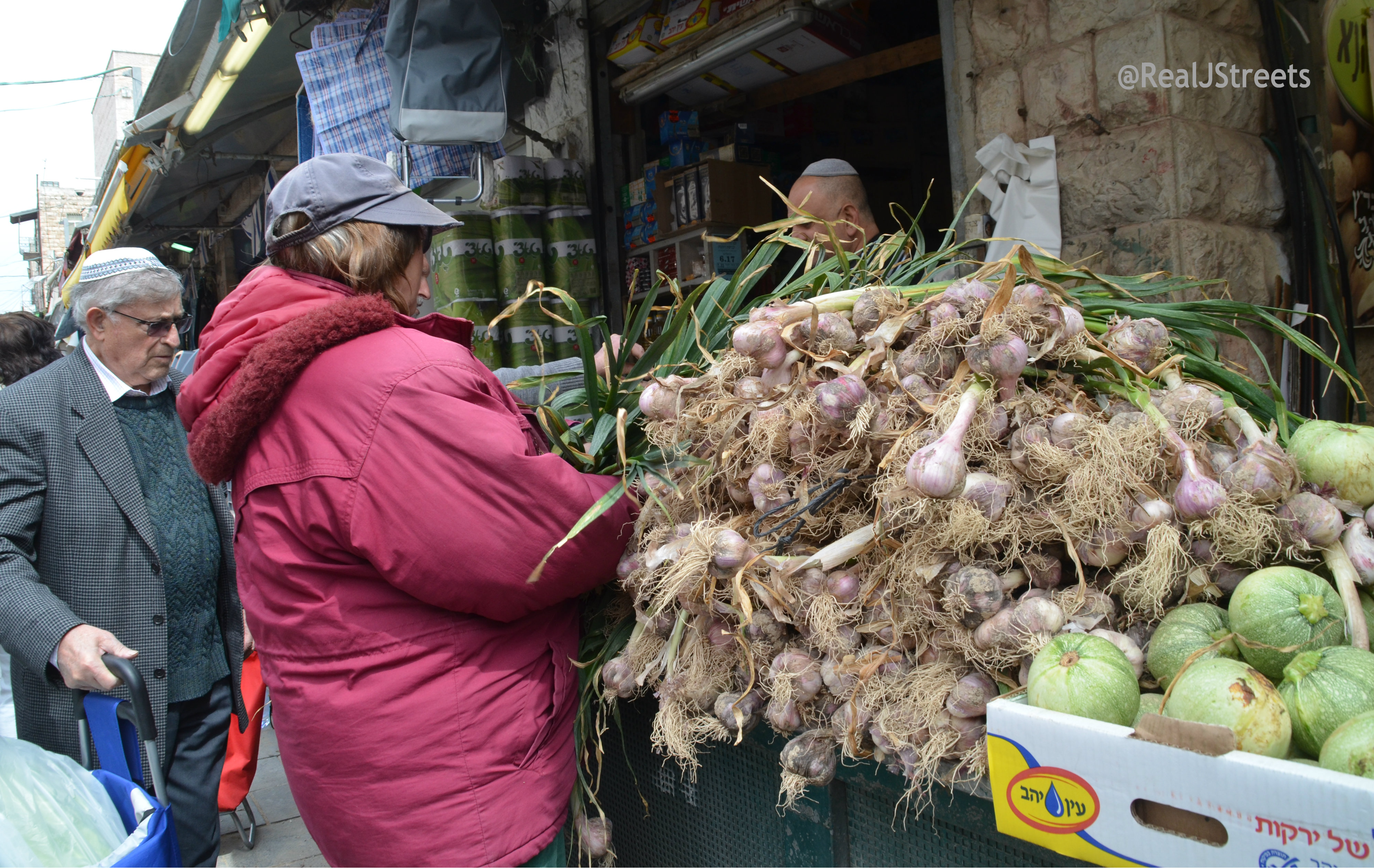 and it was back to time for holiday preparations.

Mountains of fresh garlic have arrived in the shuk 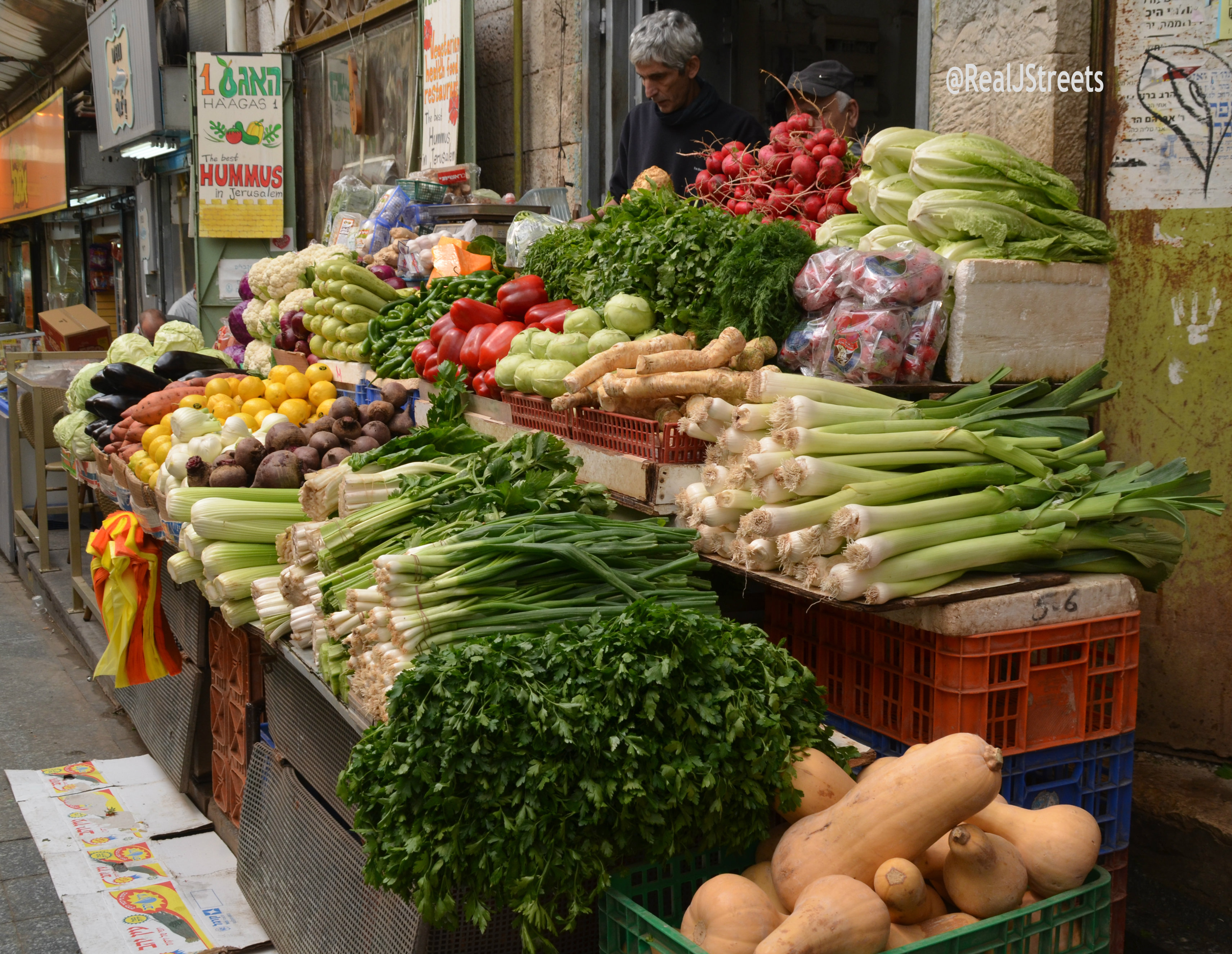 and piles of fresh fruits and vegetable are ready, 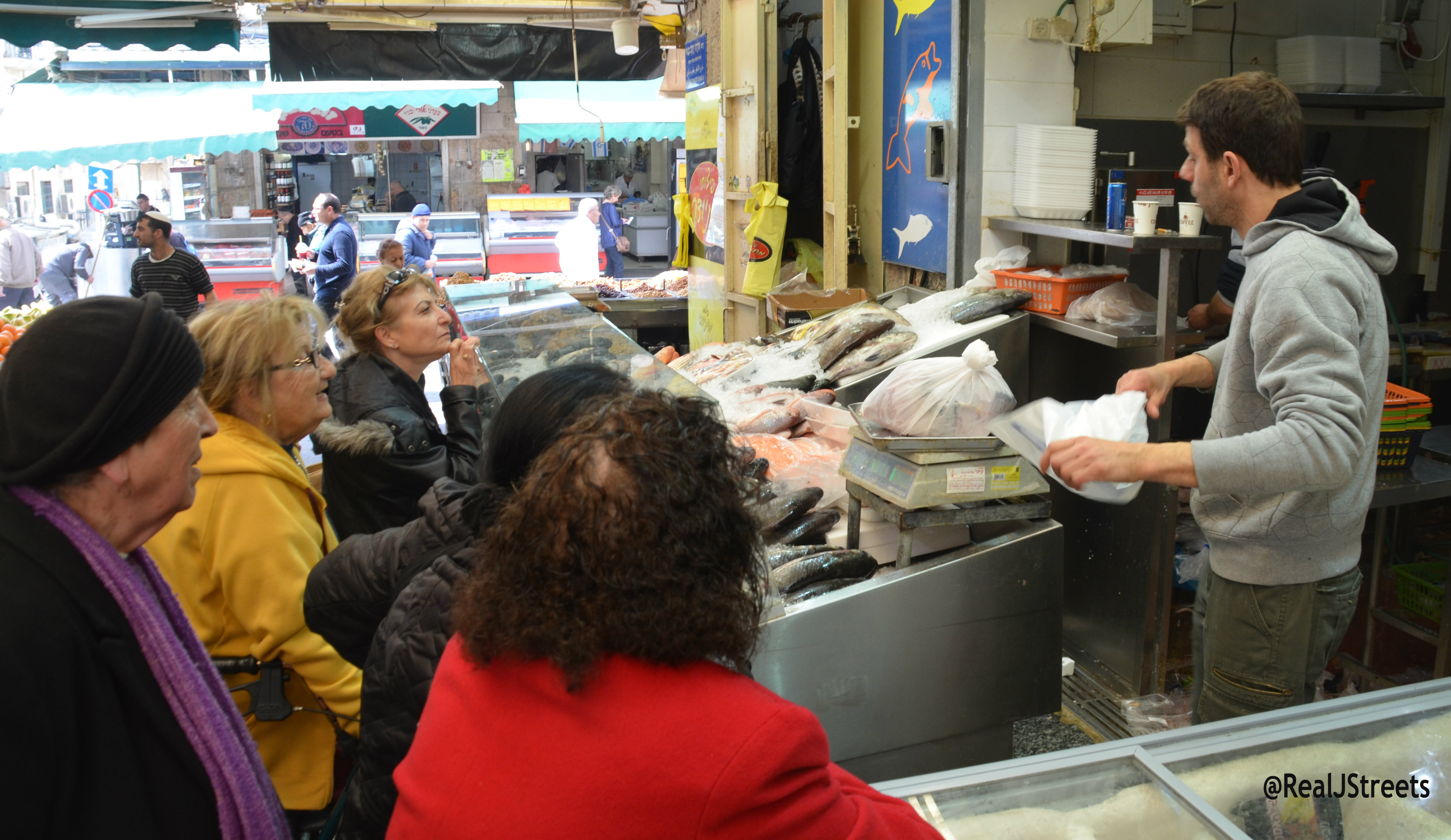 and one fresh fish store was really popular. 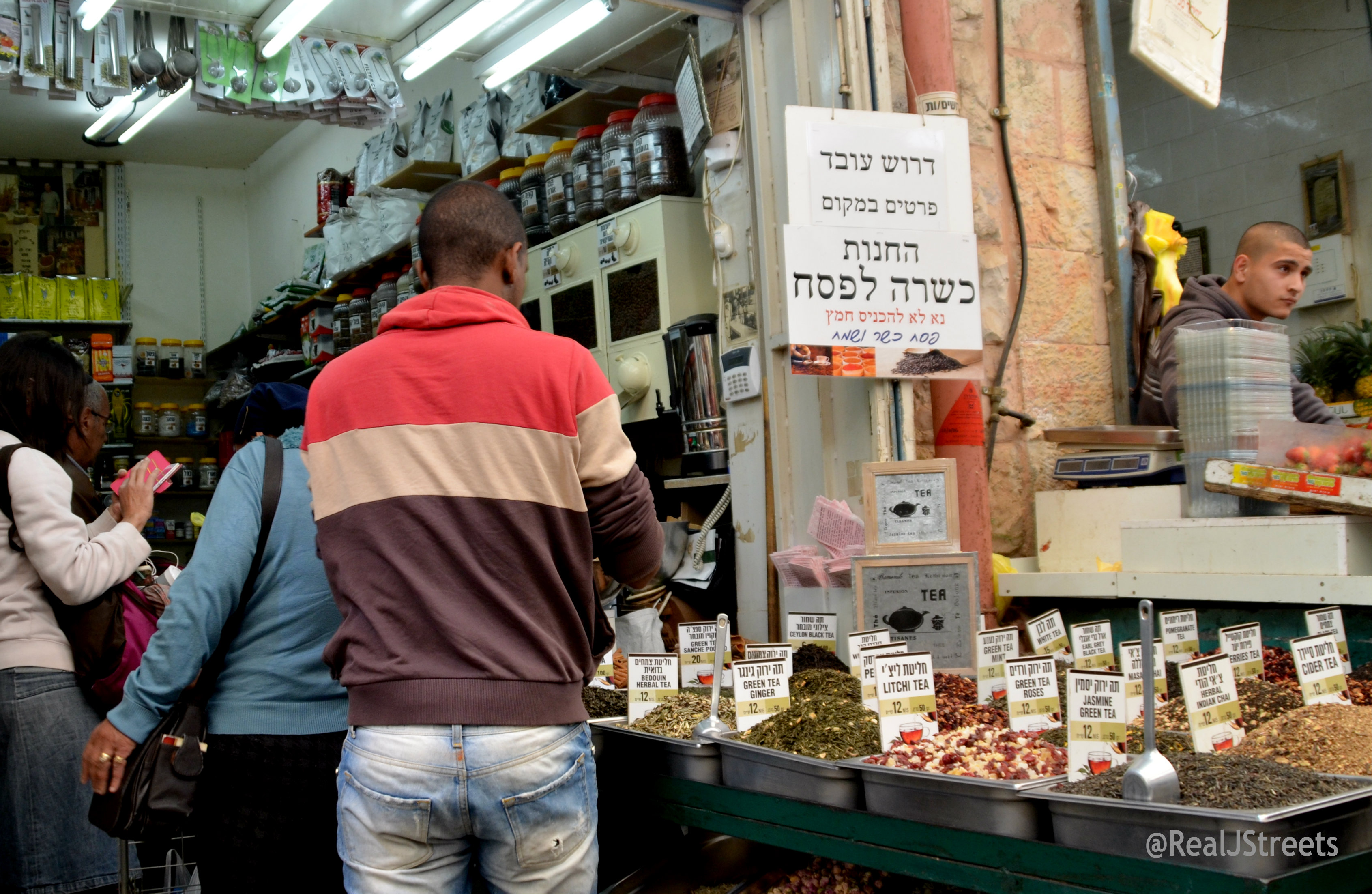 this store is ready for Passover and

NO ONE is to bring in anything that is not for Passover.

Now if only my house was nearly as ready.