Anyone else have the feeling that Hanukkah was long ago?

Hanukkah ended Friday night and was immediately followed by Shabbat.

During Hanukkah, hundreds of people made aliyah, and arrived to live in Israel, from around the world. They included Bnei Menashe from India and Falasha Mura from Ethiopia. This time the group arrived on an Ethiopian jetliner and not sneaking out of Sudan by boat as they did in Operation Moses in 1984.

With COVID-19 regulations, all those arriving were to go straight to a quarantine location for two weeks.

For those of us in Jerusalem, Israel parks have new outside seating areas for nice weather, but much of the week it rained.

Which of these shuttered restaurants will reopen after being forced to close?

The scene at the New Gate was bleak as well, at a time when it is usually full of holiday pilgrims and tourists.

But it was Hanukkah in Jerusalem, and the electric chanukiah was out.

For his last Hanukkah in Beit Hanasi, the Israeli President’s Residence, Ruvi Rivlin came out to light candles with his neighbors on the fourth night.

Each night President Rivlin went to a different location to celebrate Hanukkah. On a trip north, he stopped to give suffganiot and a special orange cake to soldiers on guard duty.

Jerusalem Mayor Moshe Lion had a special Hanukkah event for volunteers, and like most events this year, it was online with attendees on Zoom.

The chanukiah on top of the Knesset on the fifth night was lit up as usual.

The new street lights were lit after dark along some Jerusalem streets.

This chanukiah was lit near the Prime Minister’s residence where protests are still going after 26 weeks. This was the fifth night.

There was this chanukiah many stories above the street, visible during the 5th day.

But in Jerusalem, you have to get out to see the lights at night.

The Chabad lights at Paris Square (an off-protest night) on the fifth night,

and street lights lined the way over King David Street.

A few lights were on at the King David Hotel. Though closed to the public due to corona restrictions, a few rooms on the top floor had lights on.

The King David Hotel had a very corona-downscaled 90th-year celebration.

In Mamilla Mall friends were taking photos, but there were no huge dancing crowds as in the past ten years with free suffganiot for all.

People came day or night to Mamilla Mall- when it wasn’t raining hard.

This chanukiah was much more interesting lit at night than last week during the day.

Hanukkah is the one time of year in Jerusalem that at night you can see in people’s windows and the lights shine out.

But that was one of the only things that was “normal” this year.

Last year Ambassador Danny Danon brought a group of UN Ambassadors to Israel to see the country themselves, as he had for a number of years.

This year his conference went online with Nikki Haley as guest speaker.

Certainly not the same experience as last year when these UN Ambassadors were in Israel with Danon’s diplomatic mission.

On Monday night the walls near Jaffa Gate, were lit up with comments

from around the world, sent in by participants for “Our Common Destiny.”

In September 2019, Jewish community leaders from around the world were invited into Beit Hanasi to work on a Common Destiny statement.

For Hanukkah 2020, the result of the pandemic, was a program online.

The major excitement this year at the Kotel, Western Wall candle lightings was the participation of visitors from the United Arab Emirates. It was one night that the heavy rains did not dampen enthusiasm and attendance.

In spite of pandemic, 50,000 Israelis have already flown to the UAE.

Yes, the number sounds high, but since November 26 – 10 flights a day!

This Hanukkah 2020 was not canceled but curtailed and quiet.

I prepared four latkes, instead of 400–no big family get-together this year.

It was not the usual Hanukkah in Jerusalem with thousands from around the world gathering to celebrate. Eilat and the Dead Sea were green islands for some Israeli families who managed a holiday getaway.

Meanwhile, the Tower of David was the location of a live music broadcast sponsored by Jerusalem municipality. Instead of fighting crowds and finding parking, one could sit at home, dry and warm in PJs, and watch your favorite performers on-screen this Hanukkah.

Candles were lit before the Jerusalem Theater Hanukkah performance.

The concert was recorded and available to see at your convenience.

Even if Hanukkah feels so long ago, the music and program were well done.

And let’s hope all can join together for Hanukkah next year in Jerusalem. 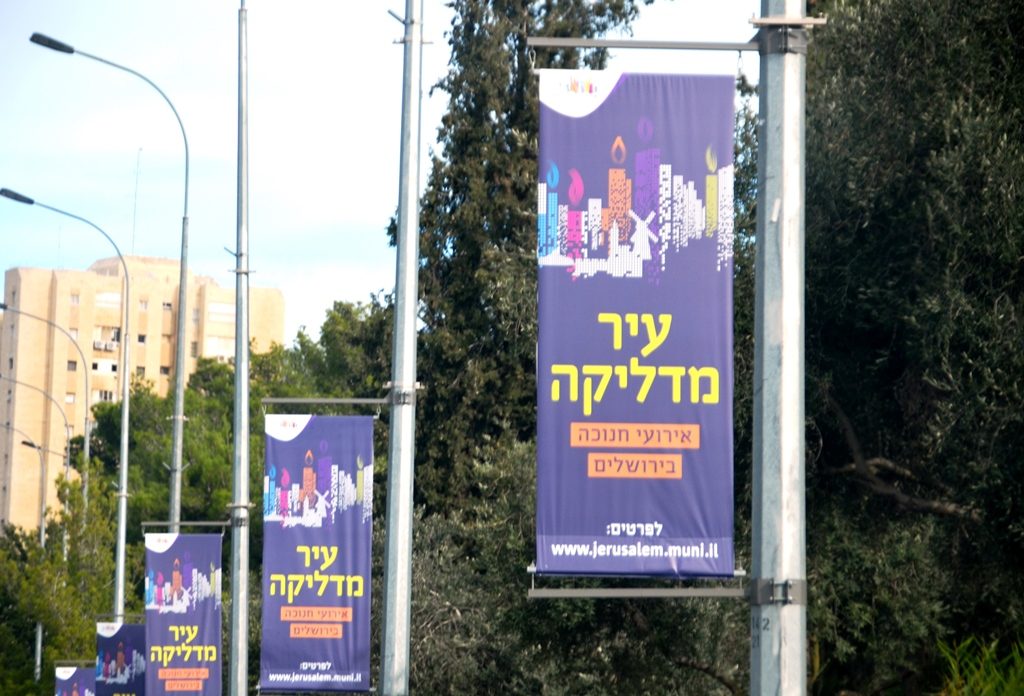 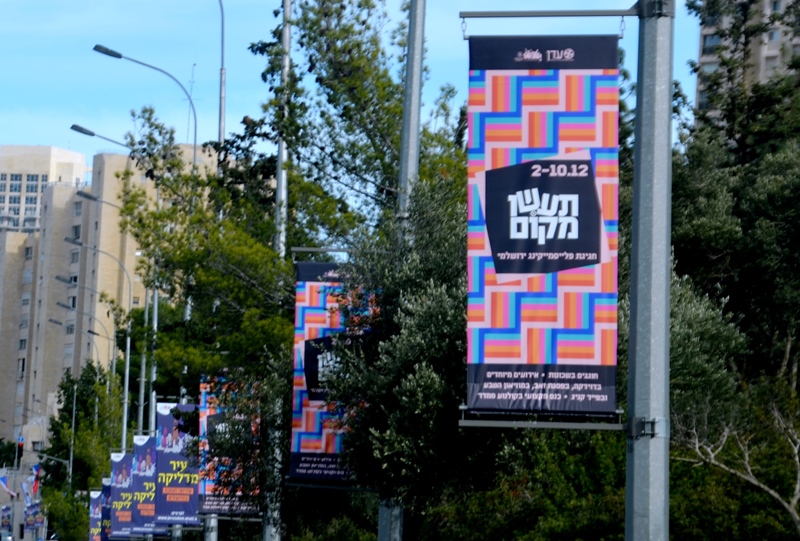 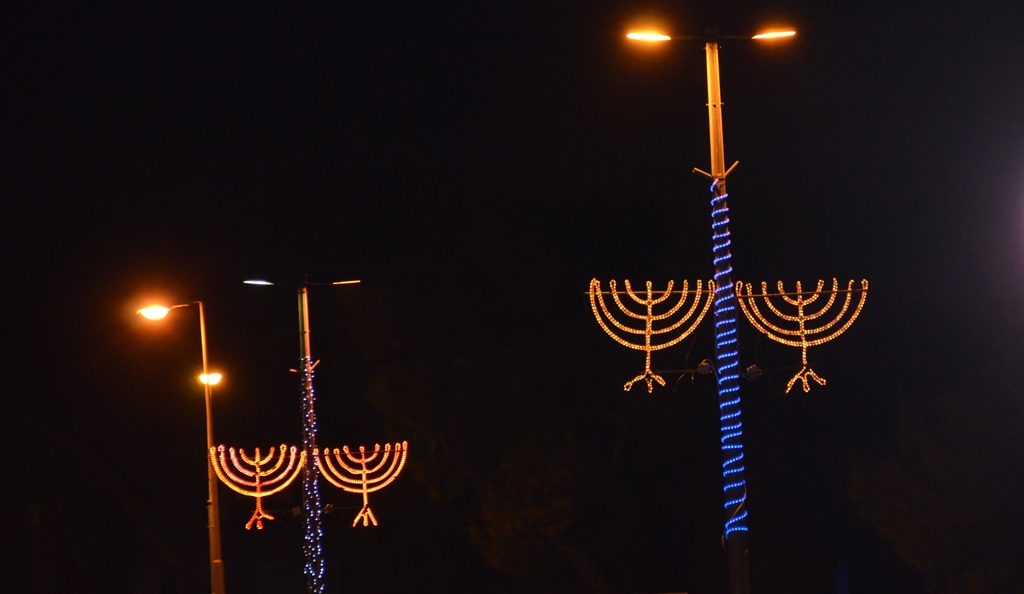 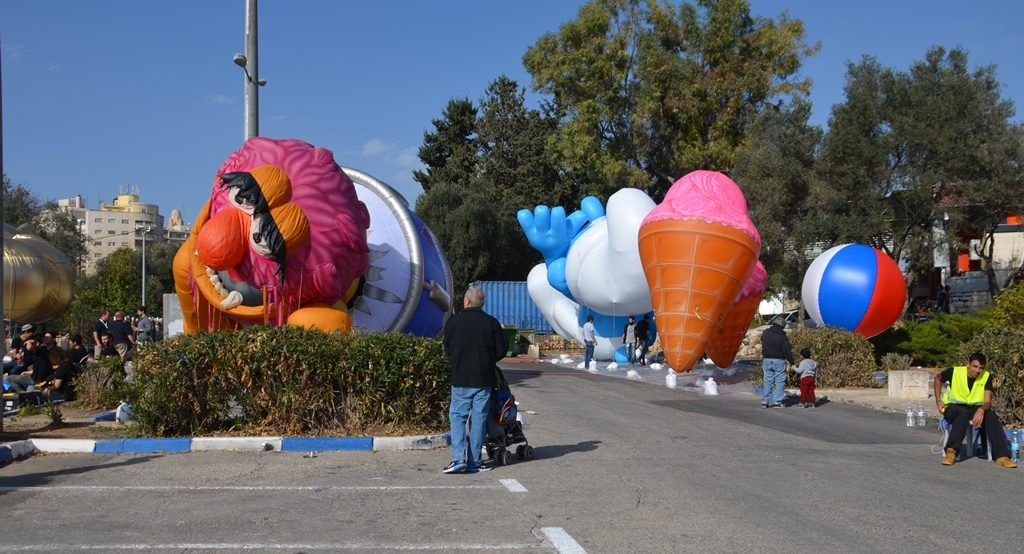 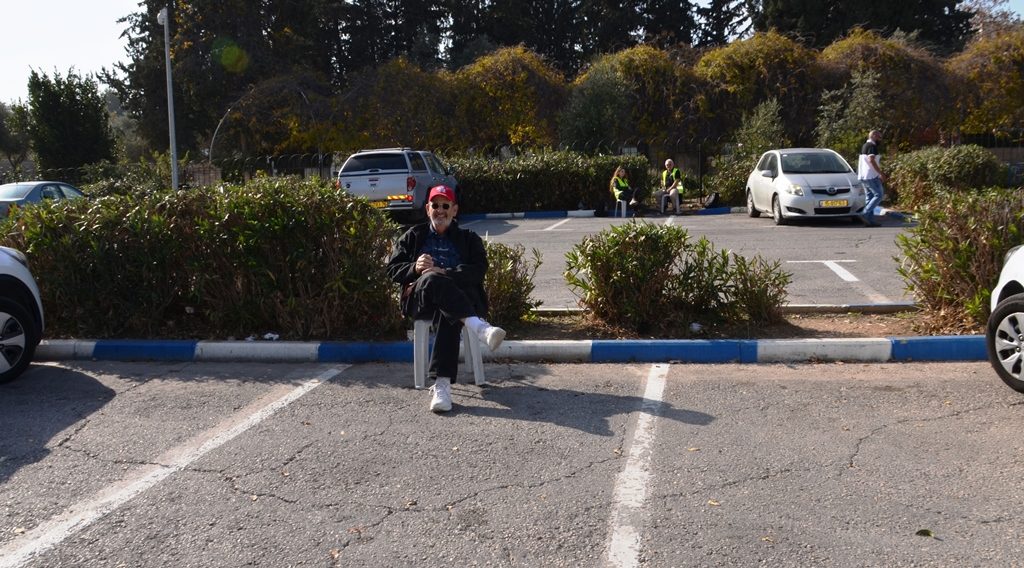 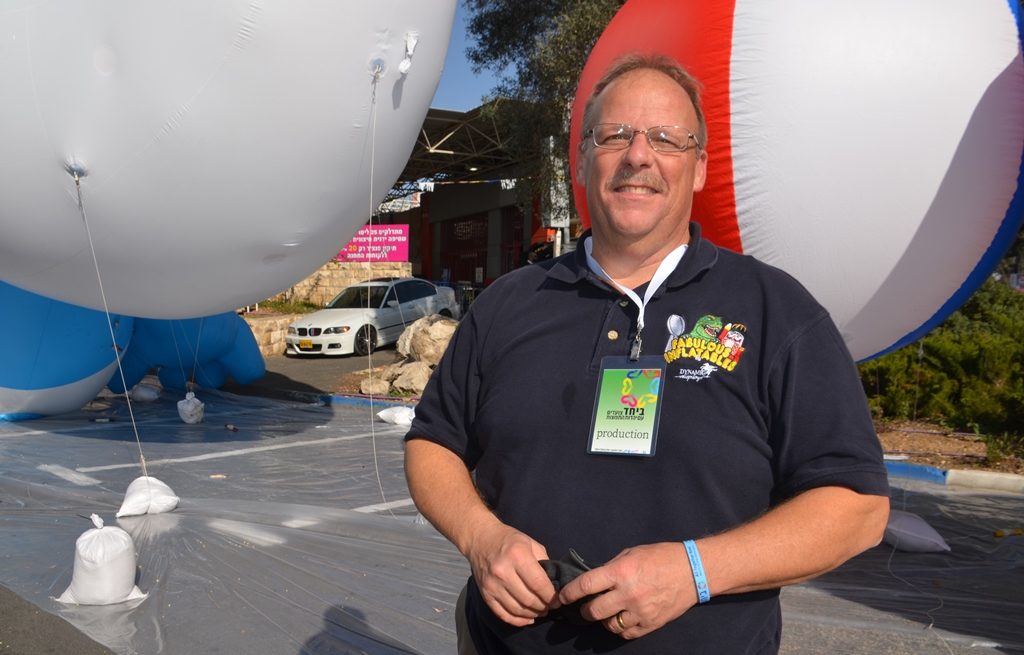 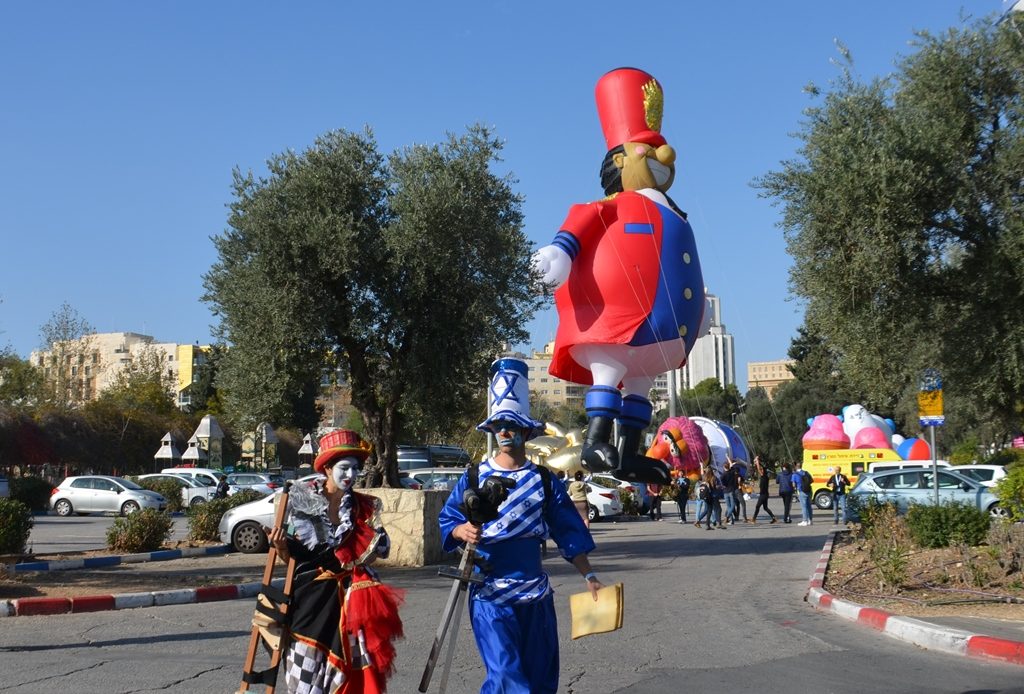 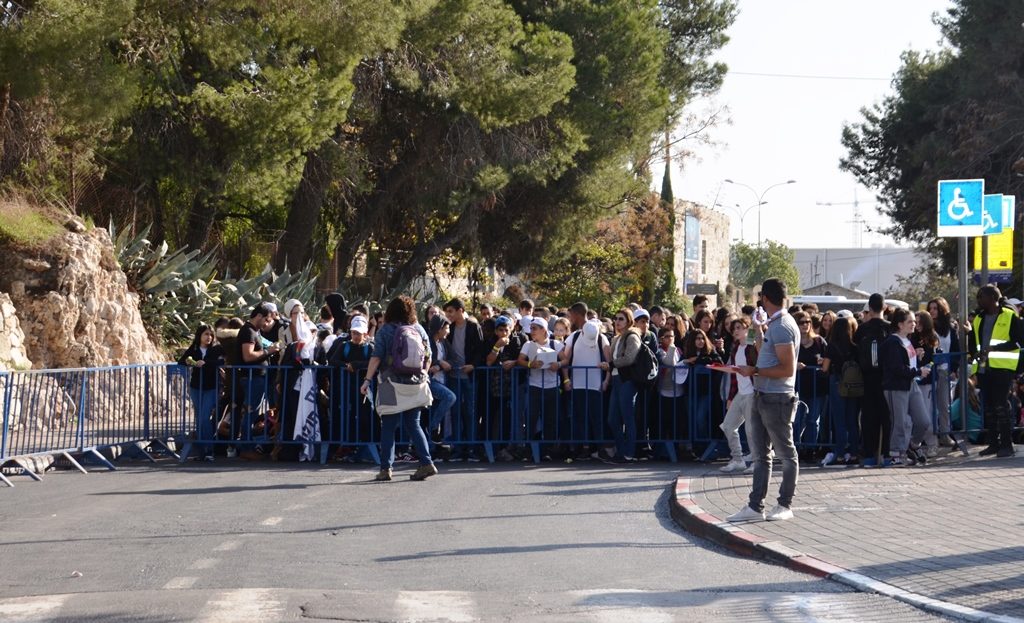 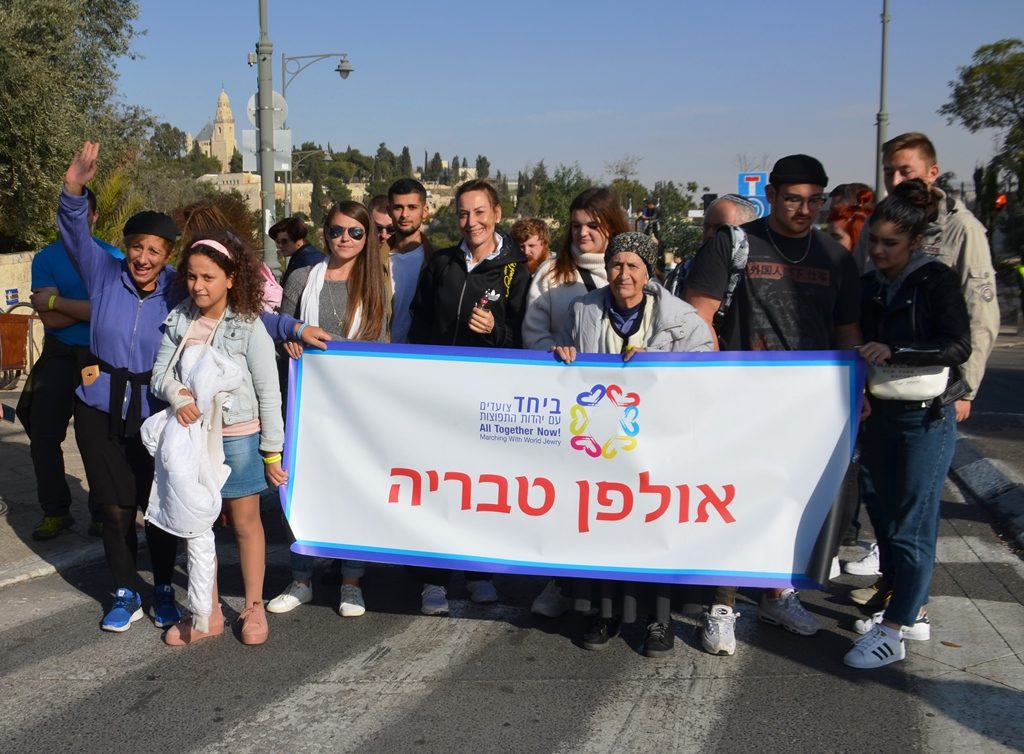 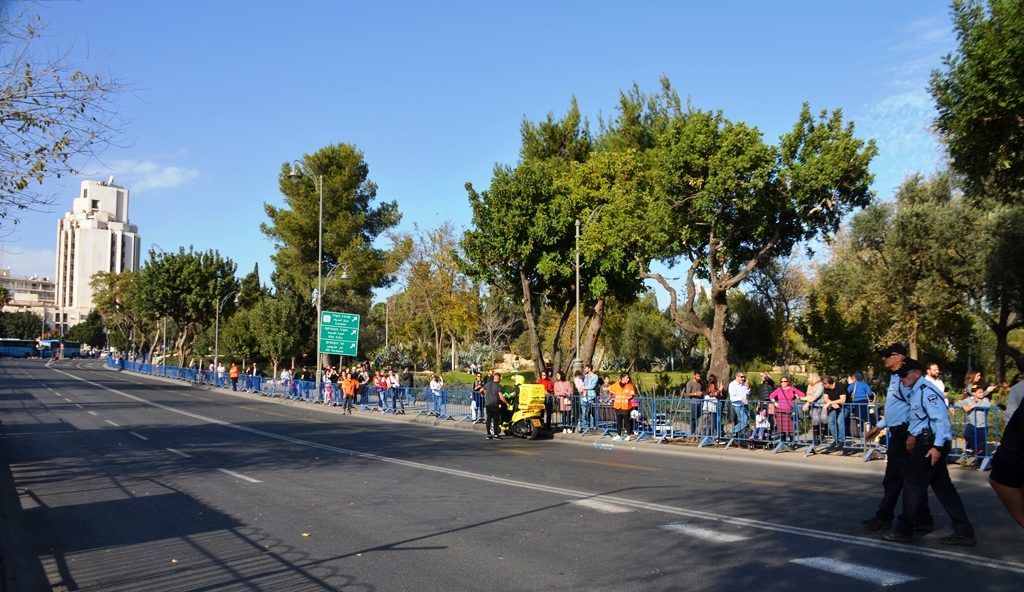 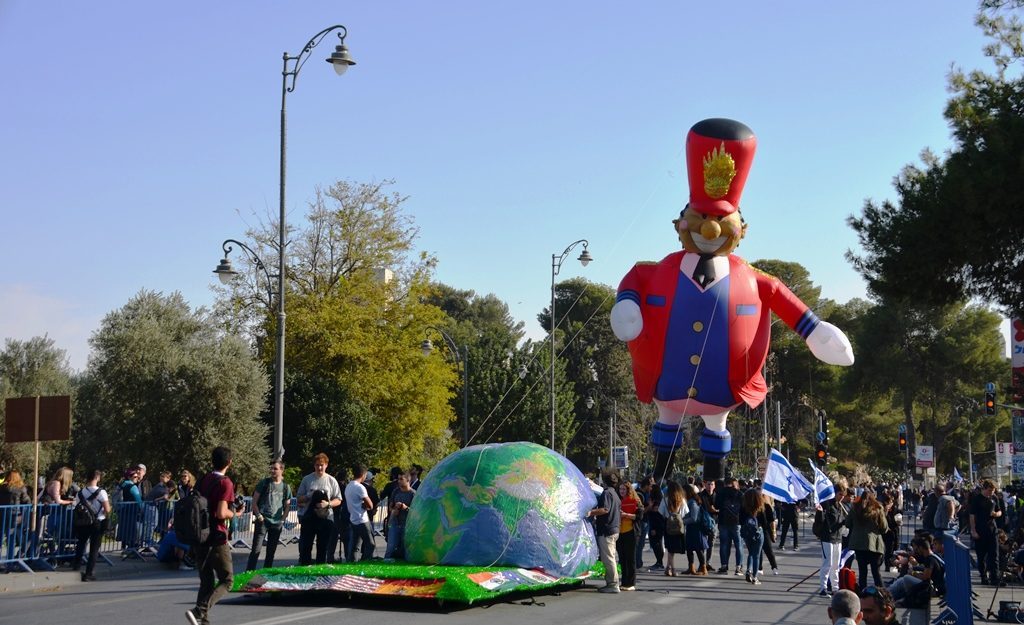 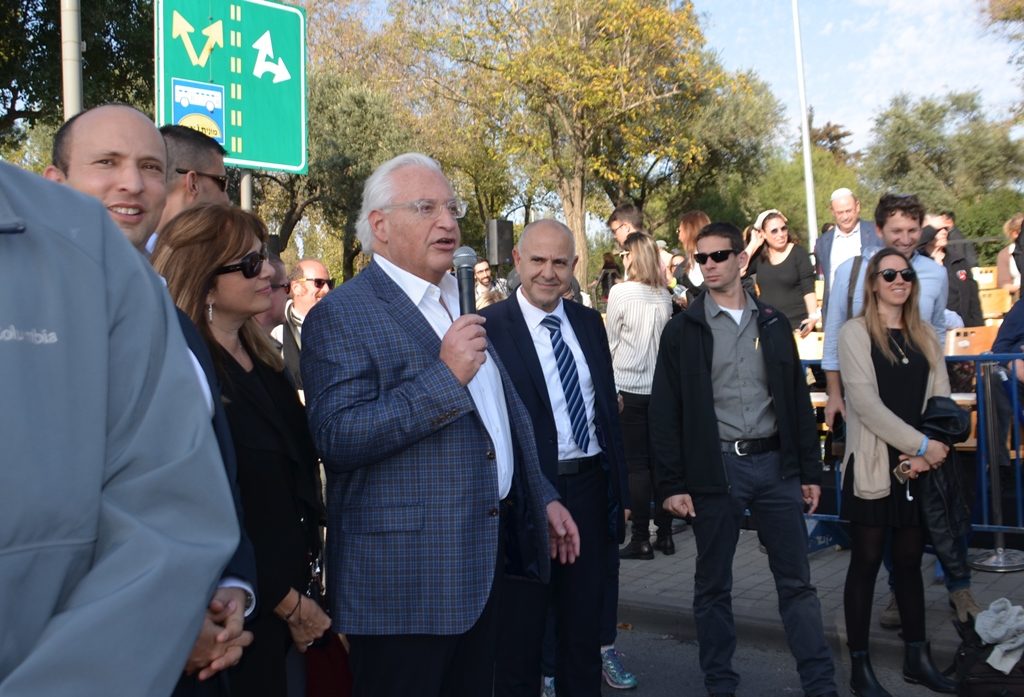 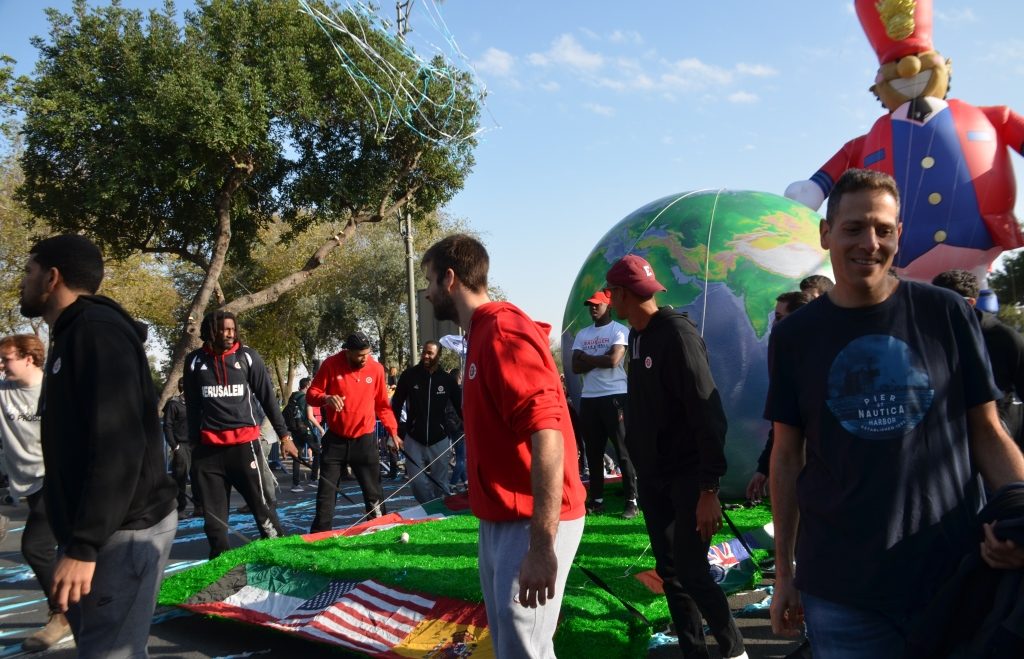 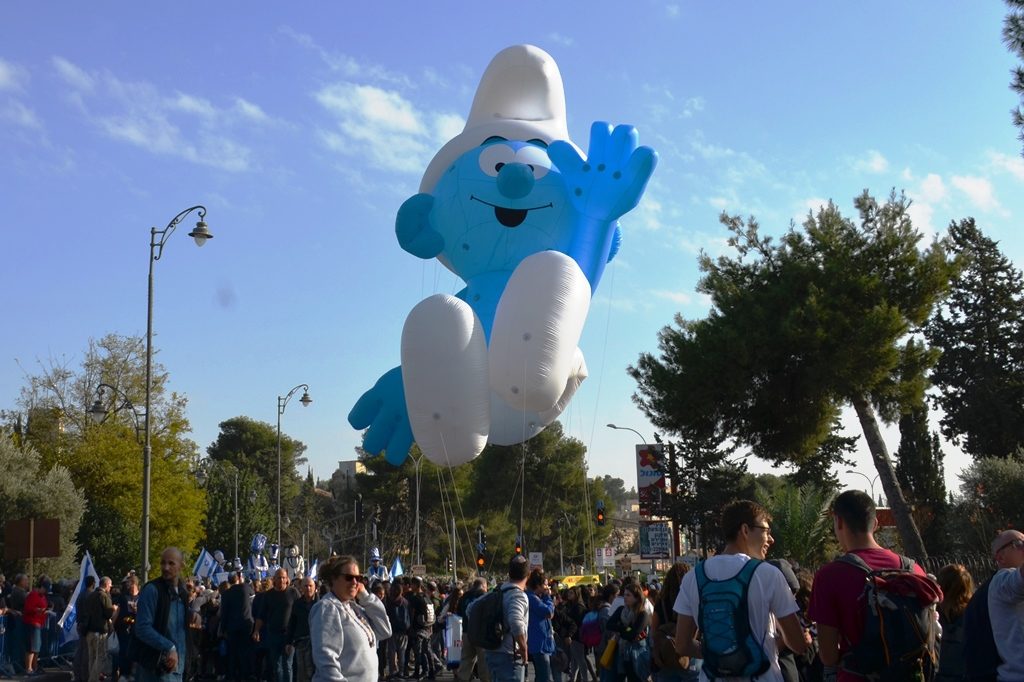 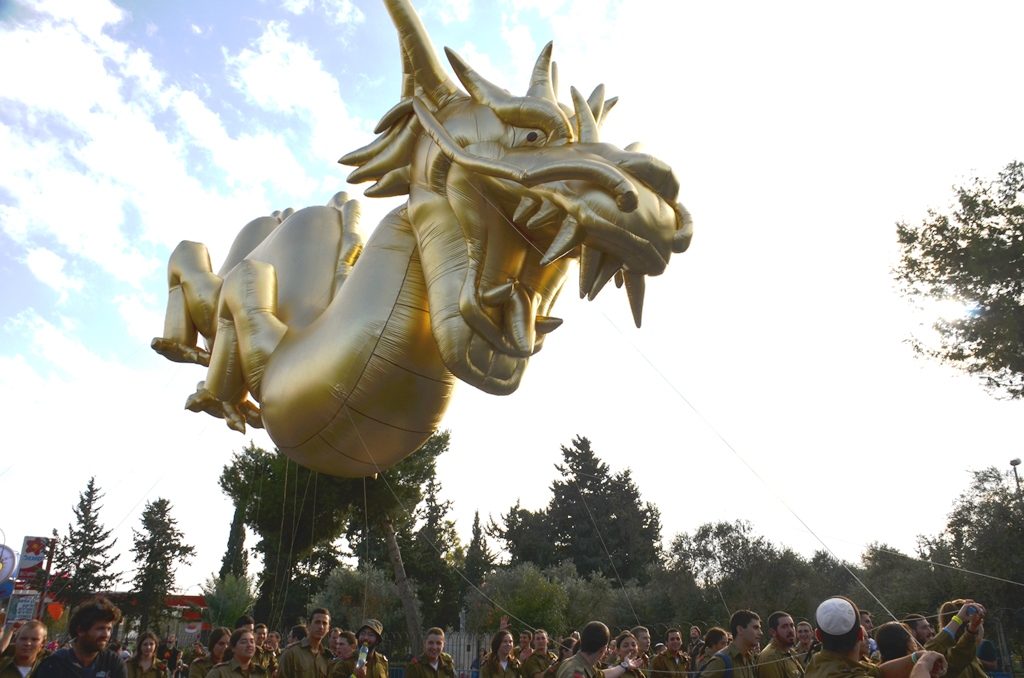 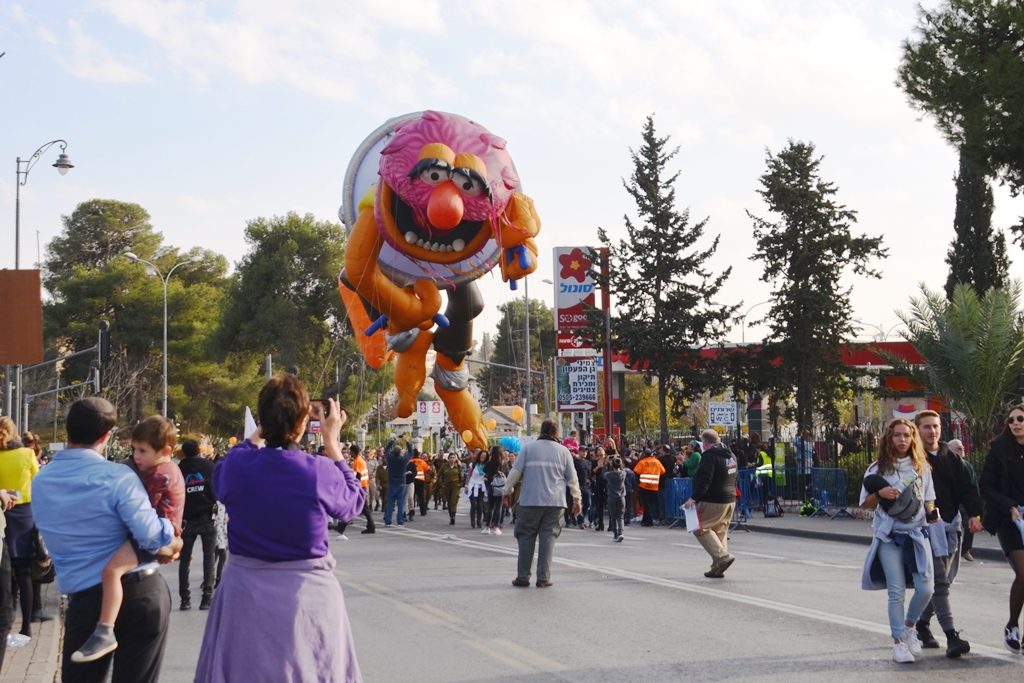 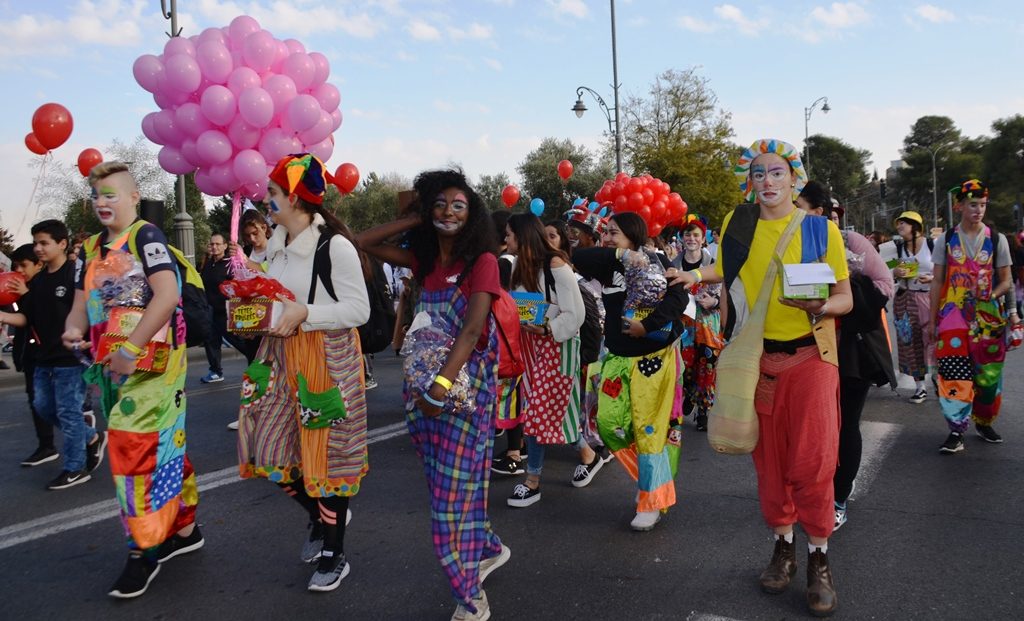 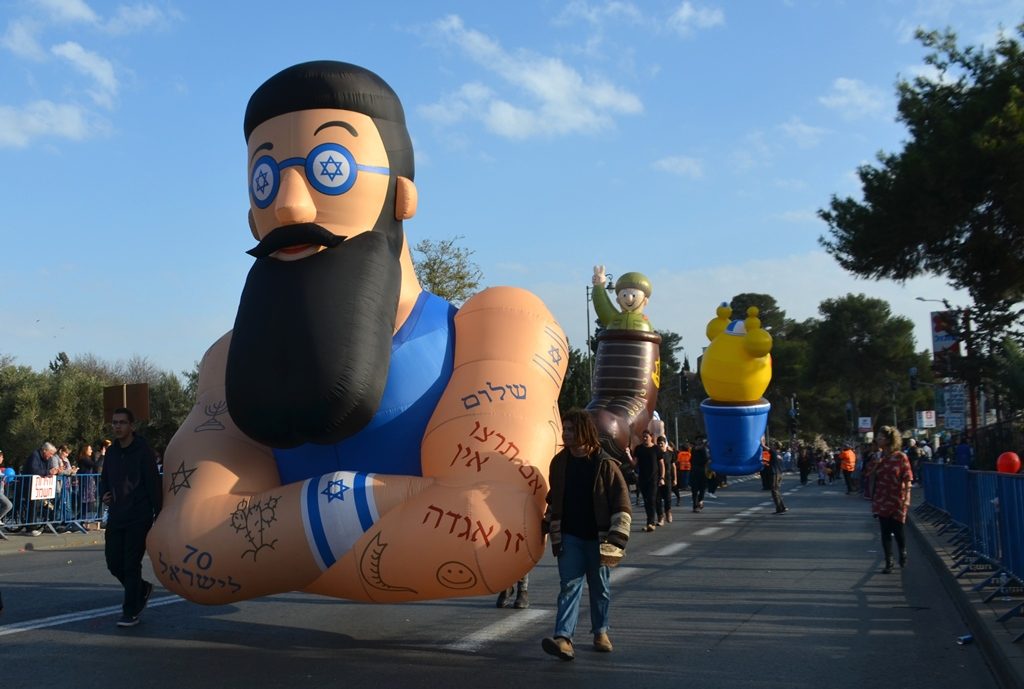 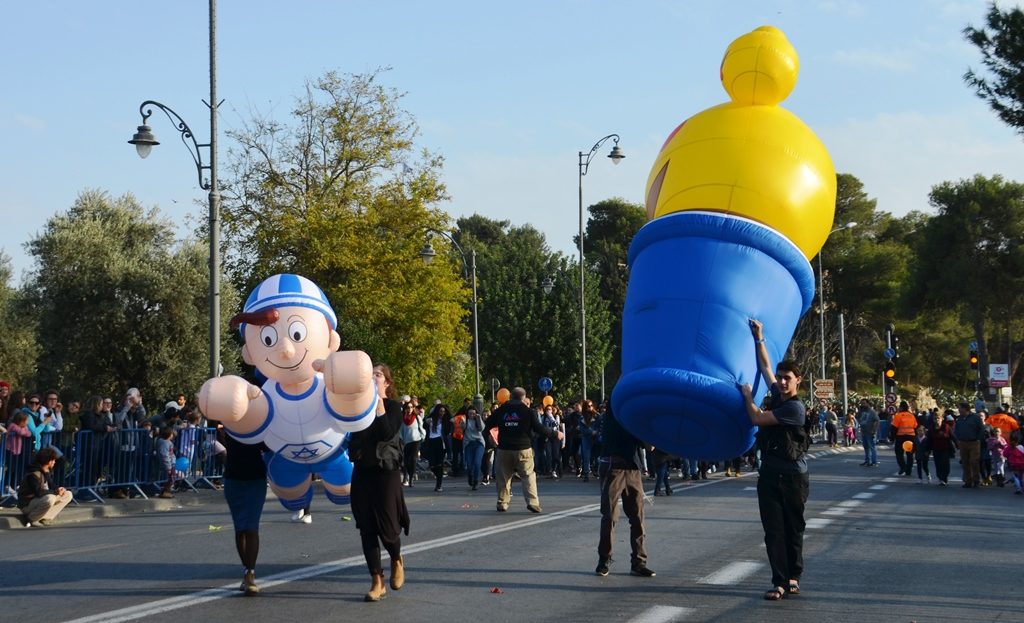 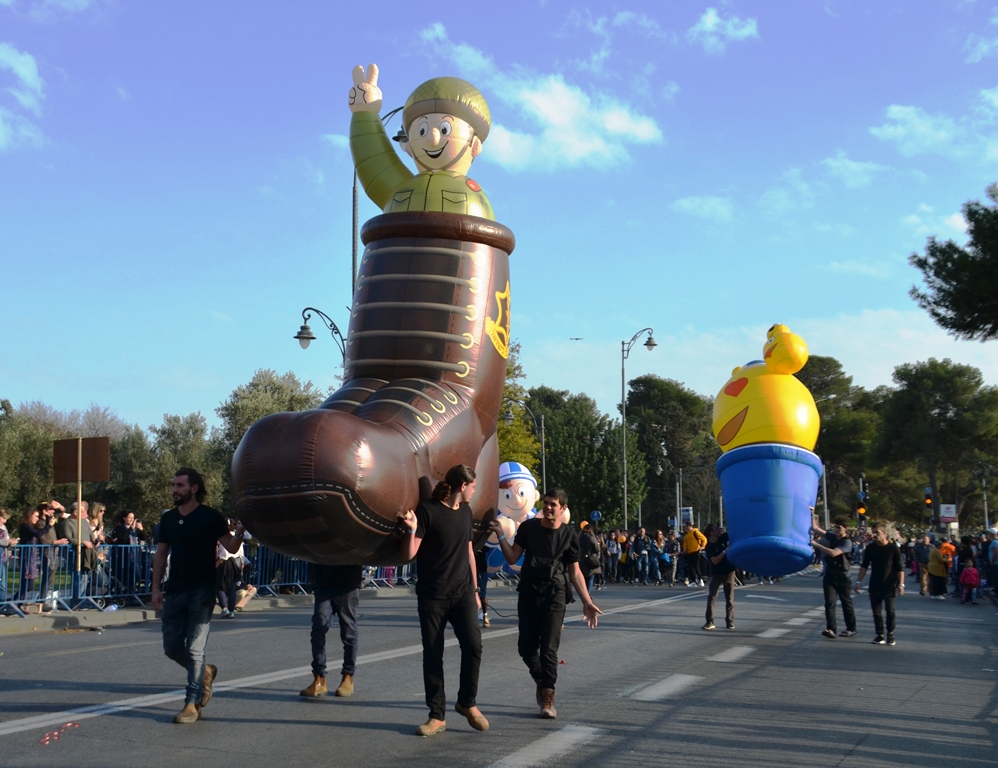 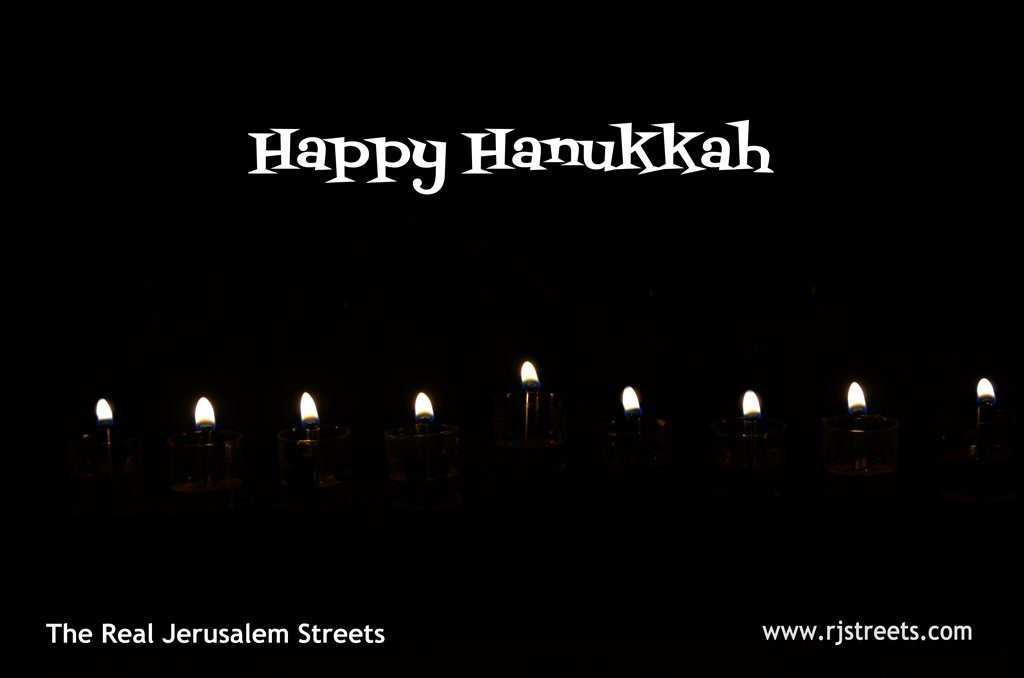 Hanukkah is called Chag Ha’Urim, the Holiday of Lights.

At the Kotel, the Western Wall, is one of the most famous hanukiot.

is that the usually shuttered windows at night-time 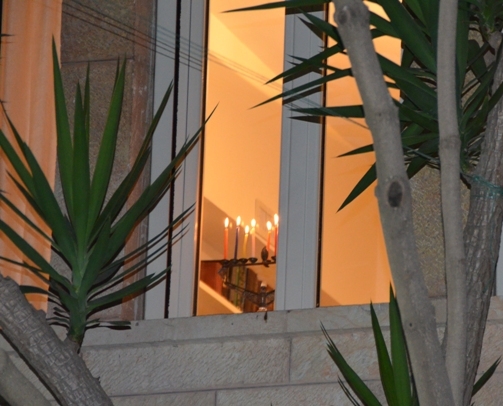 are opened to show the burning candles.

They are wide open to let the Hanukkah lights shine out to the street. 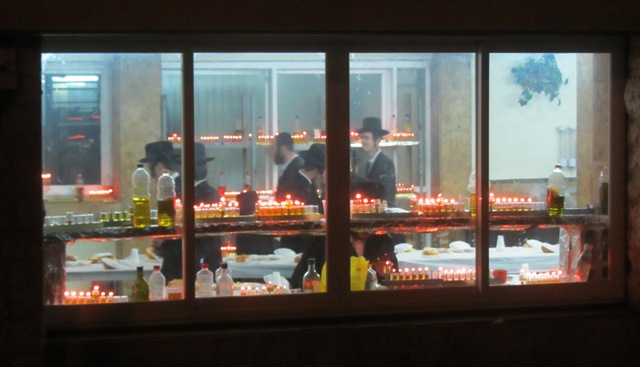 At this yeshiva, there were hundreds of lights burning, 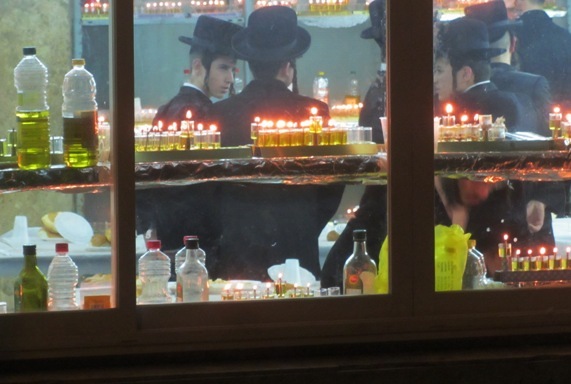 wow, they use a lot of olive oil.

The view in the windows upstairs in the Bet Midrash, 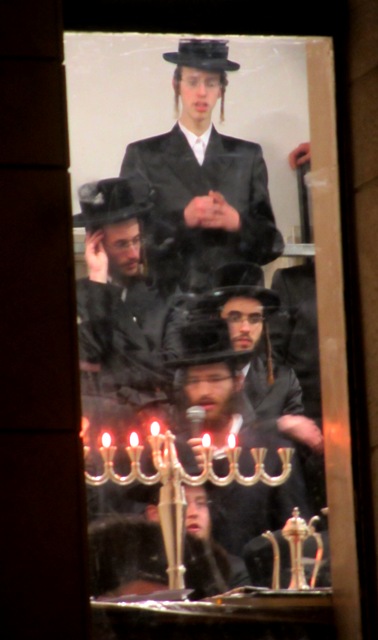 We not only saw the light, but also heard the music on the street below. 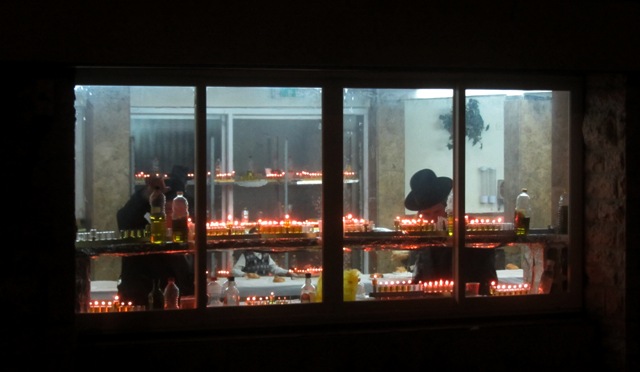 May the special beauty of the Hanukkah lights from Jerusalem, Israel

spread throughout the world. 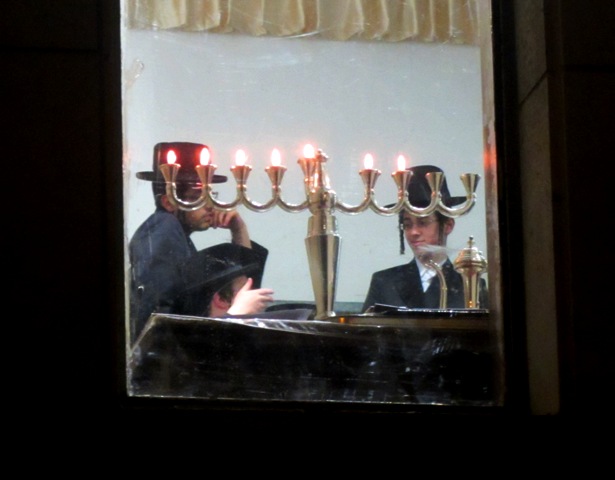 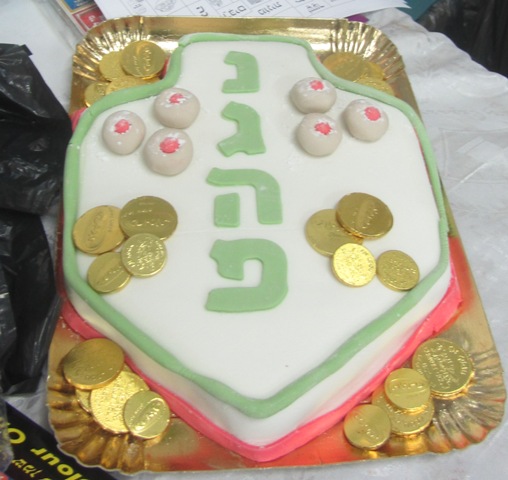