Jerusalem, Israel where the very old and new come together.

Where the ancient and the future collide on the streets. 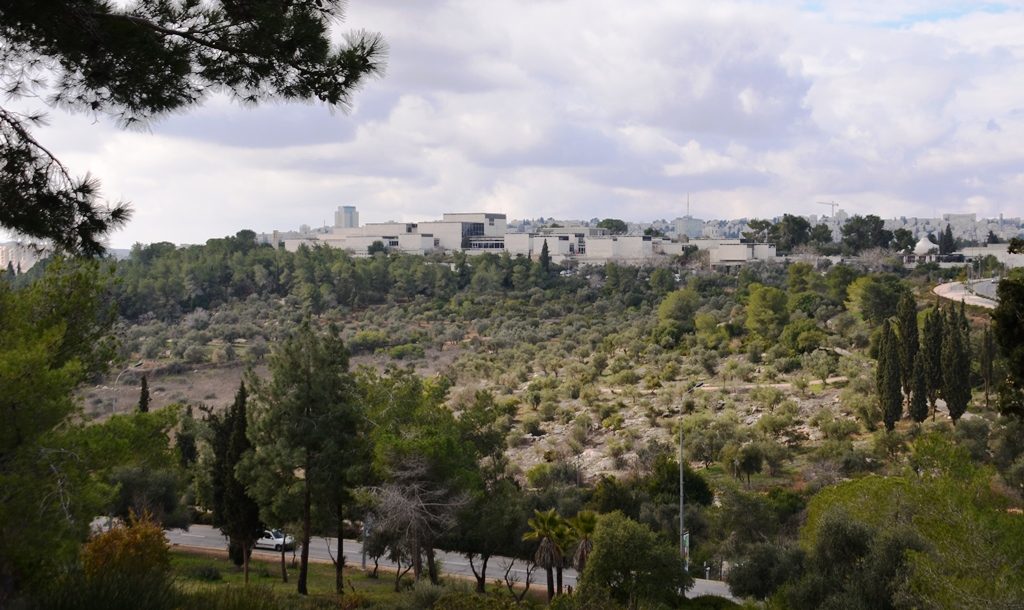 Winter clouds drift over the Israel Museum overlooking the Valley of the Cross. 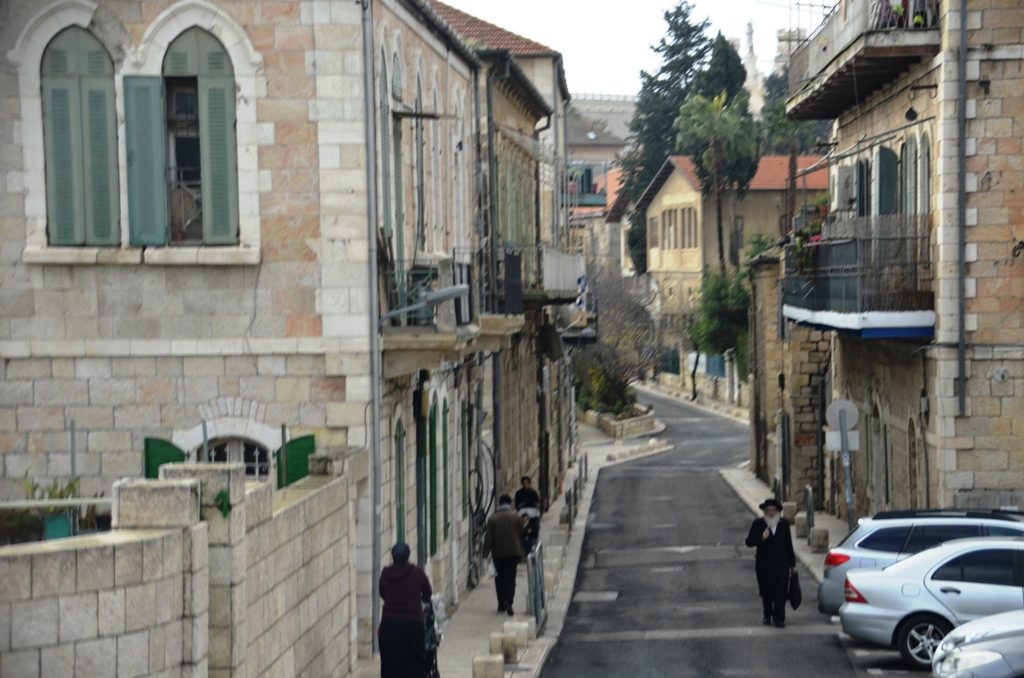 A street scene in Mea Shearim is another classic image. 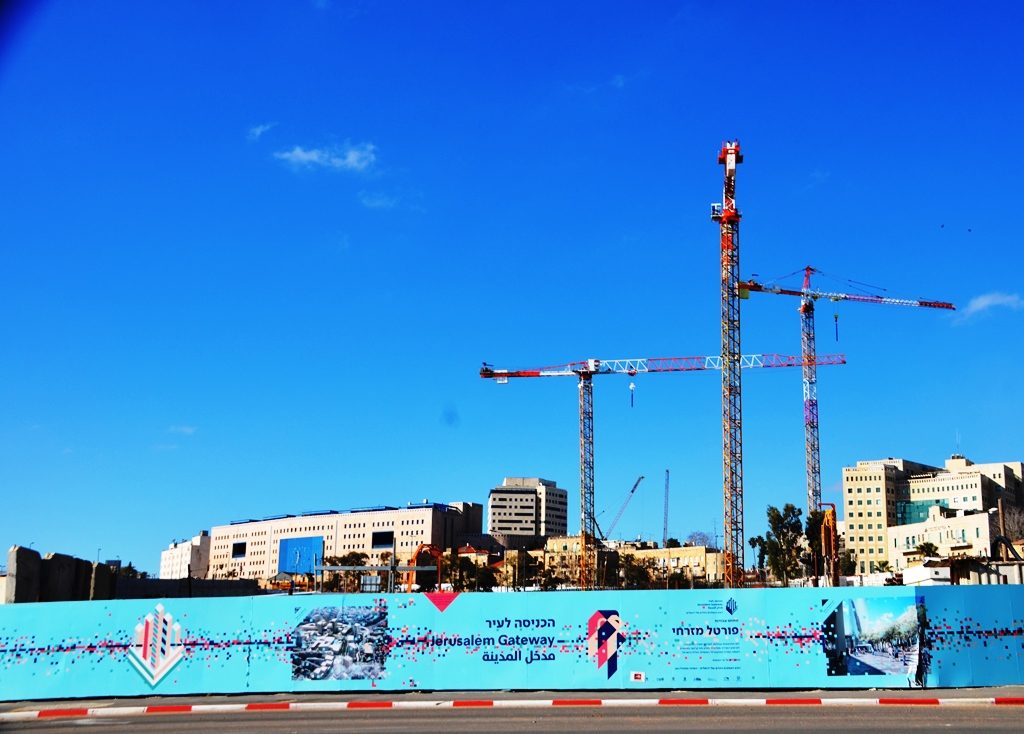 However, the Gateway Project at the entrance of Jerusalem seems to be constantly changing. 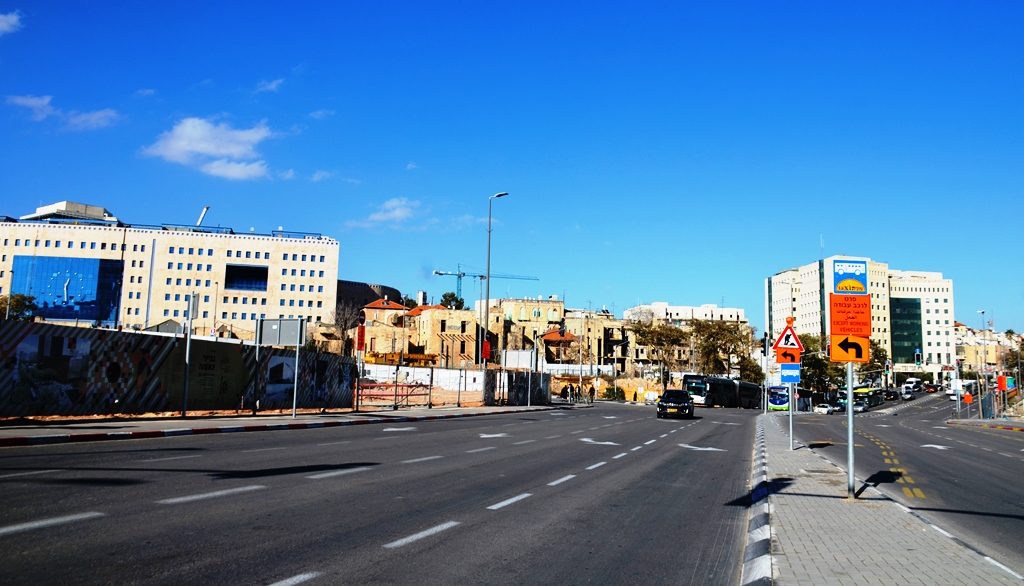 Indeed, new roads and traffic patterns have been a topic in the past. 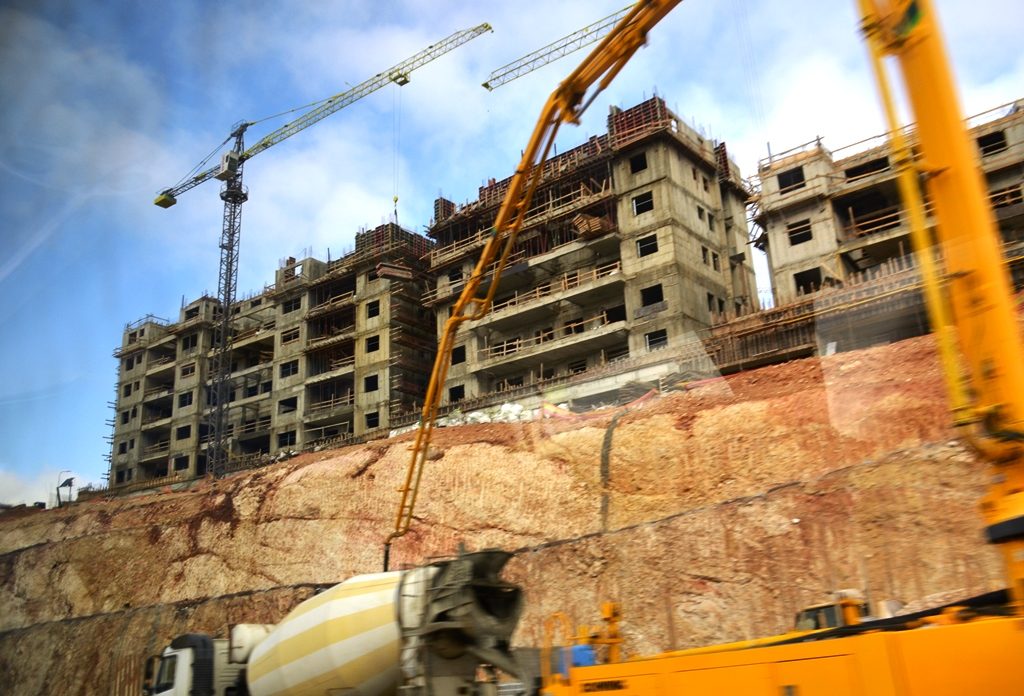 Rising above a road out of Jerusalem are new housing projects of Ramat Shlomo. 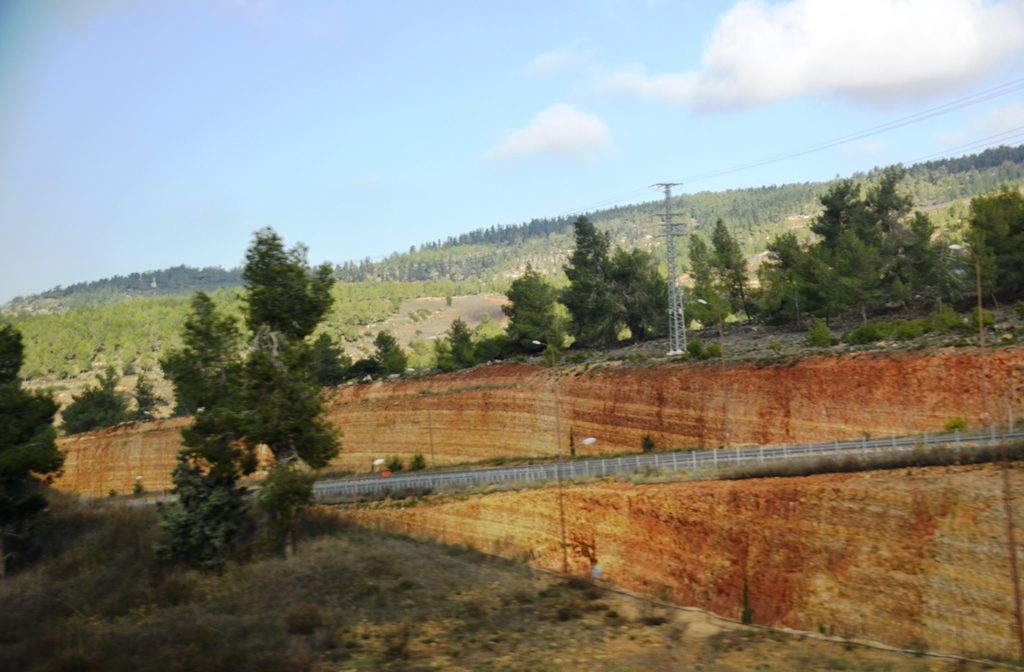 To build many of the roads, large sections of the Judean Hills have to be blasted away. 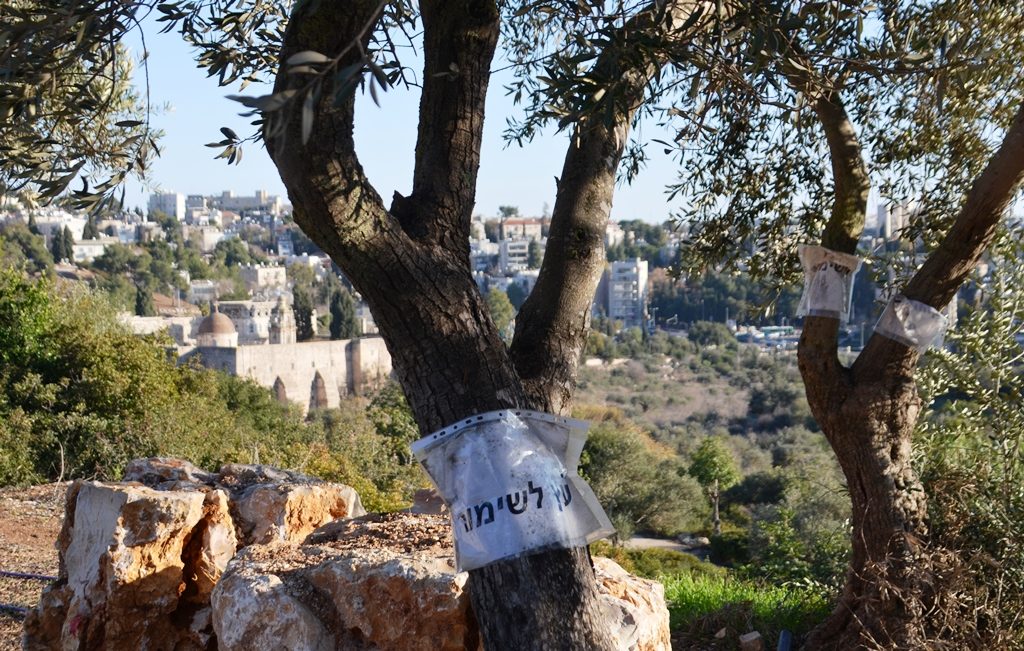 When there is a tree to be saved, it is tagged for preservation. 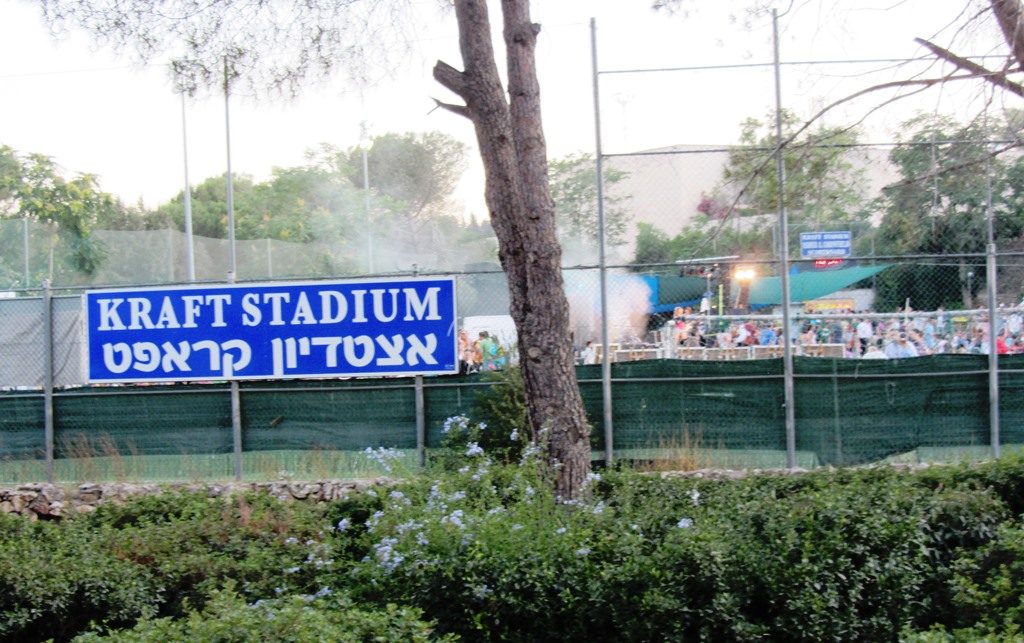 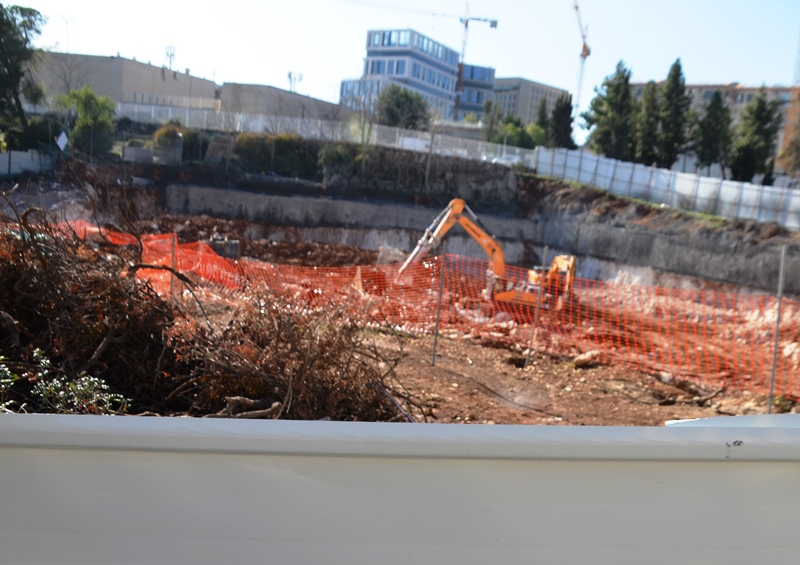 It is now only a memory as digging has begun on a massive municipal project.

The old Kraft Stadium was next to Jerusalem’s Gan Sacher, Sachar Park. 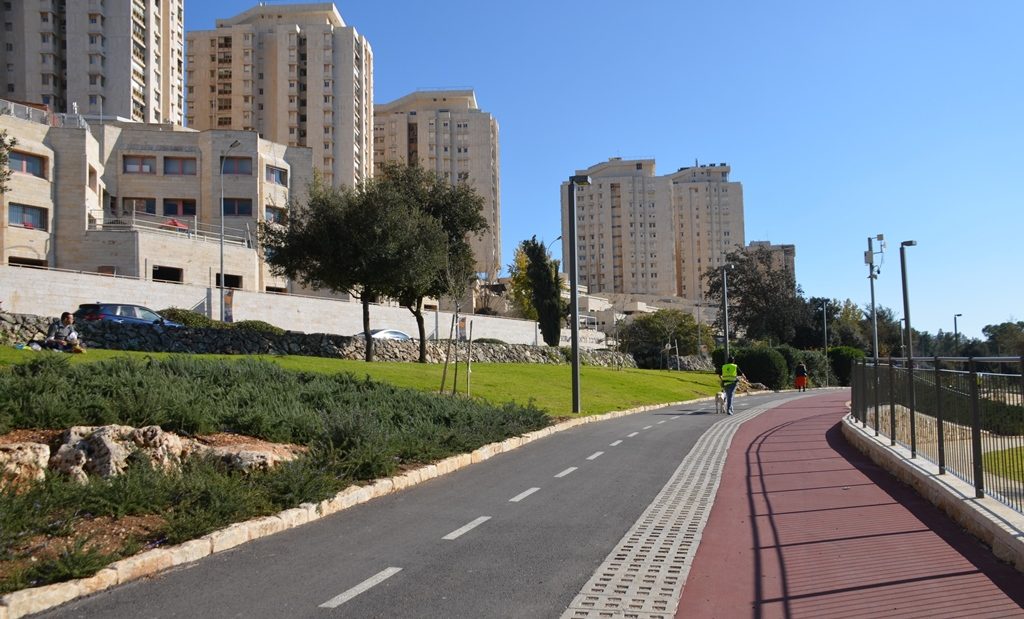 The new biking and walking path in Gan Sacher is now complete. 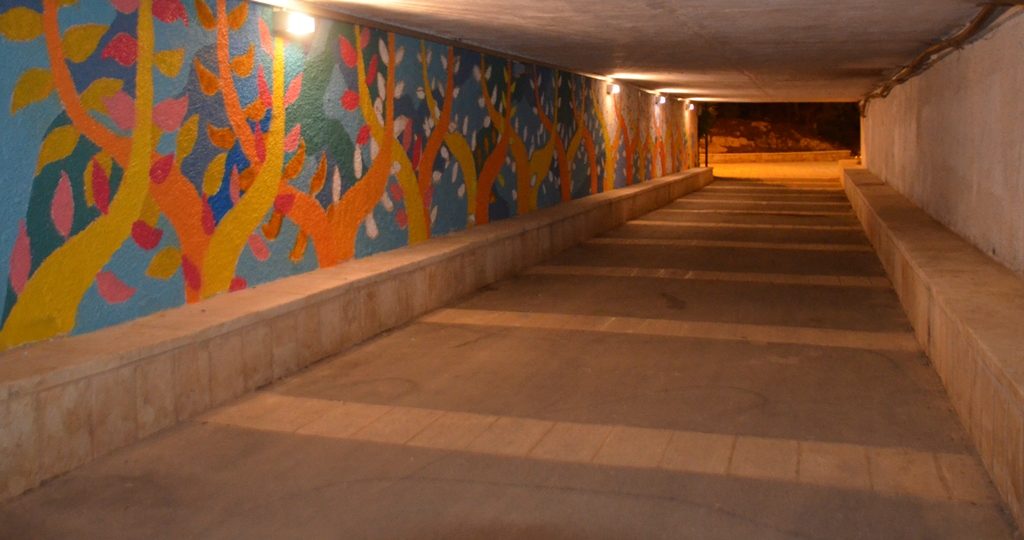 At night the path is well lit and much more pleasant to use. 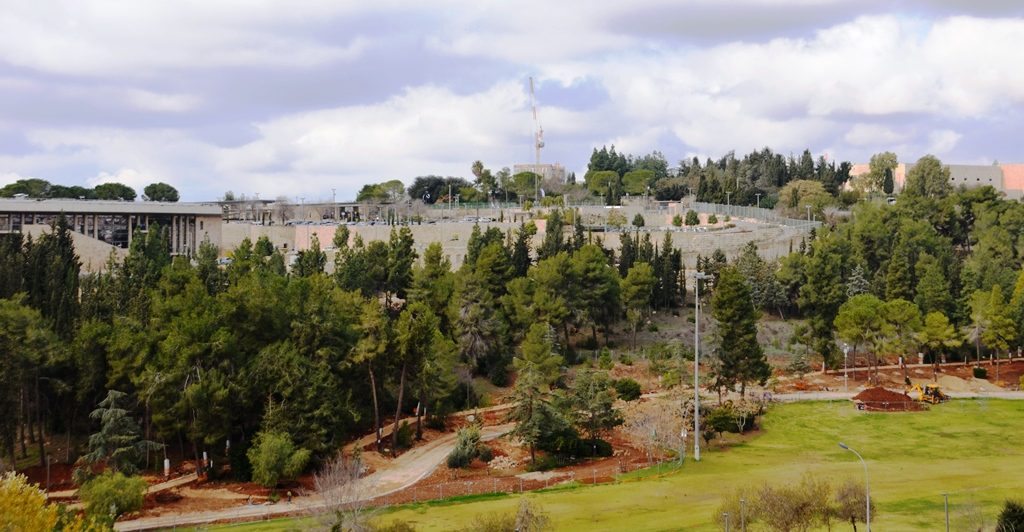 However, the other side of Gan Sacher is one big construction site. 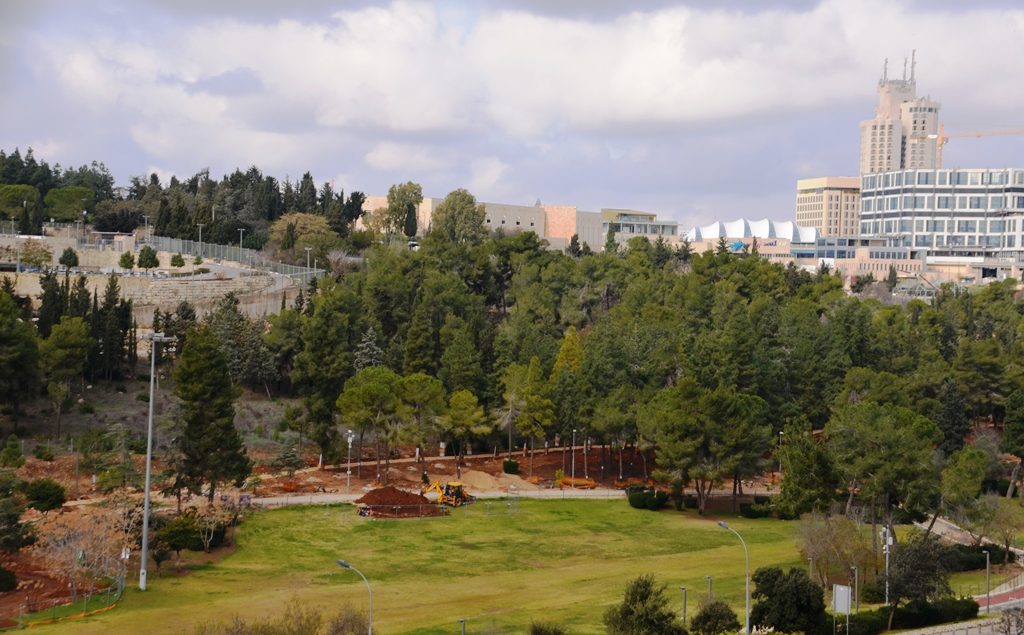 The clock is ticking for a new memorial to be ready in the park for its dedication with Vladimir Putin attending. 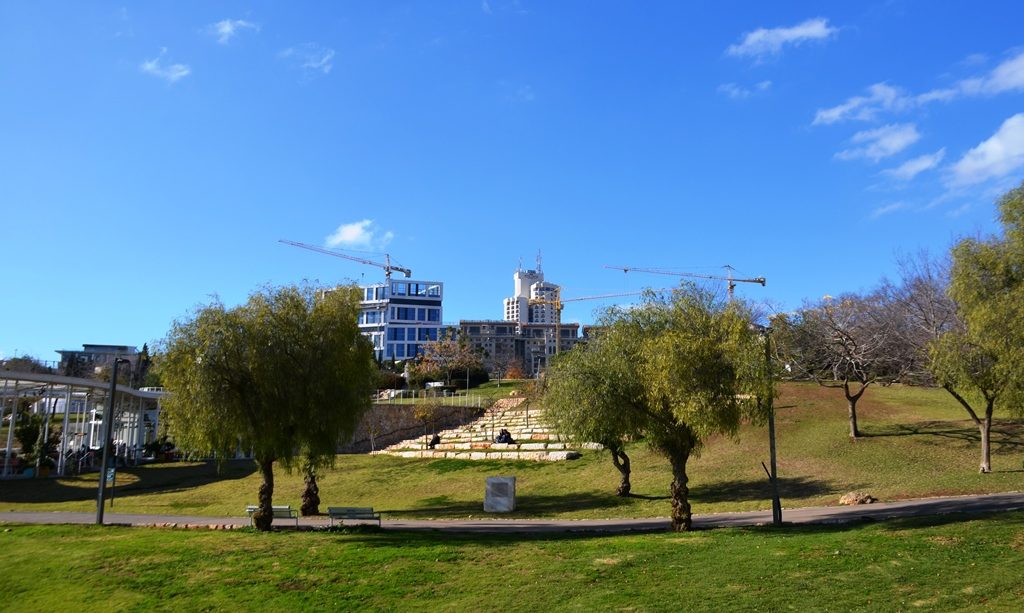 The Russian President is to arrive with 39 other world leaders for a special Holocaust commemoration at Yad Vashem on Thursday, January 23rd.

Jerusalem residents have been complaining and bracing for major traffic delays for days already.

Presidents, the King of Spain, and Prince Charles of Great Britain and their extended entourages are among the expected guests. 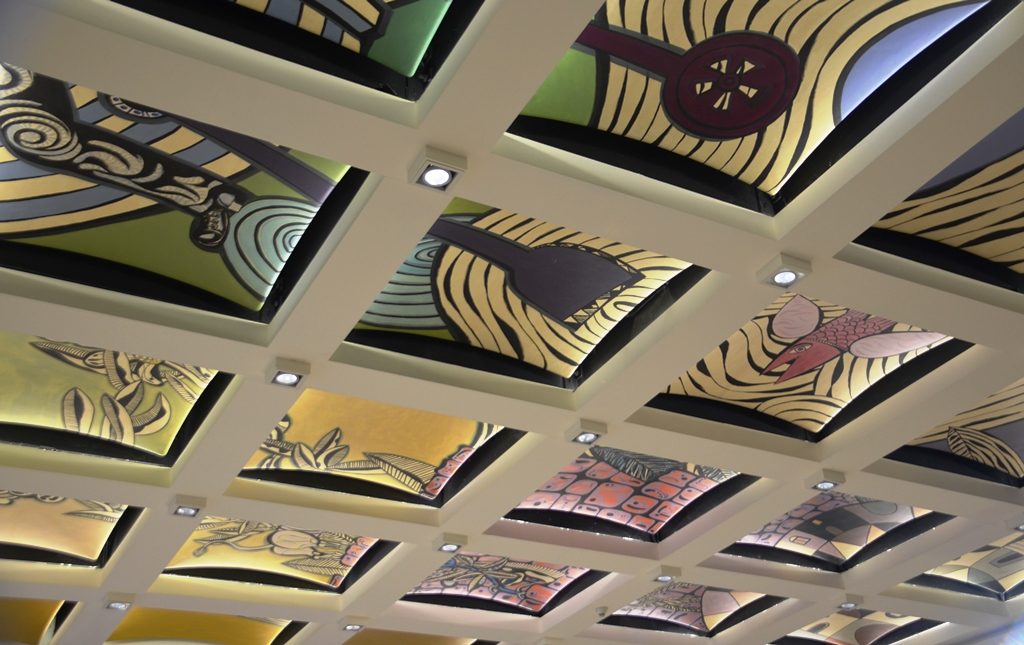 The President is hosting a major dinner reception in Beit Hanasi, the official Israeli President’s Residence, on Wednesday evening for the world leaders.

They even cleaned up the panels on the ceiling in the main hall. 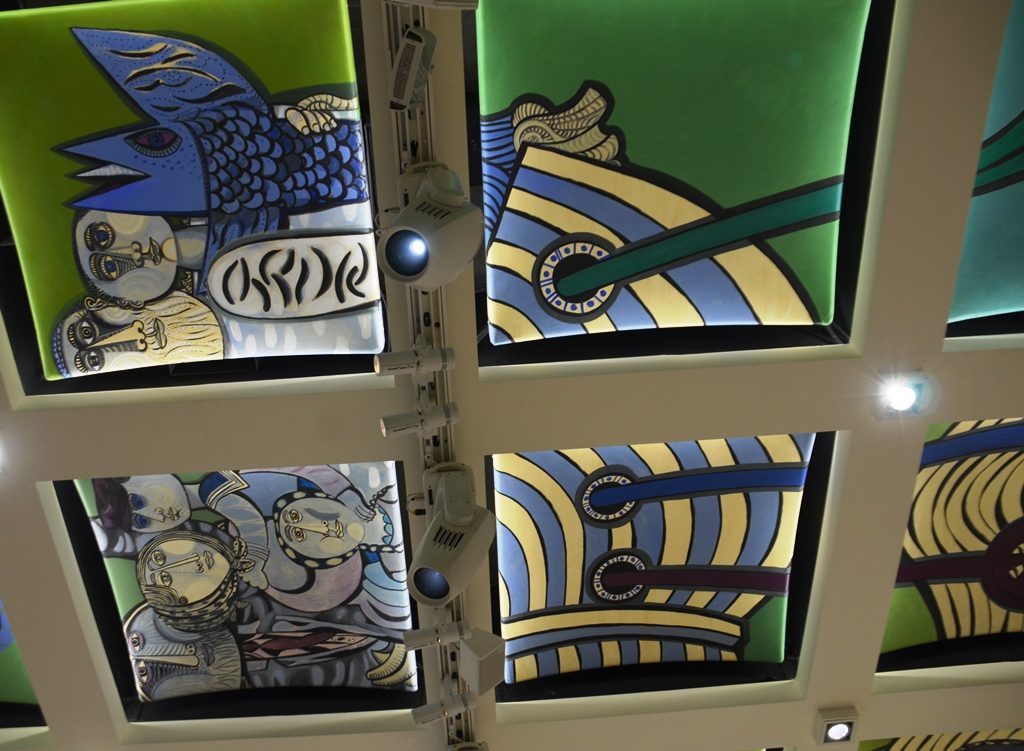 The brightness of the colors so noticeable, I had to take a photo. 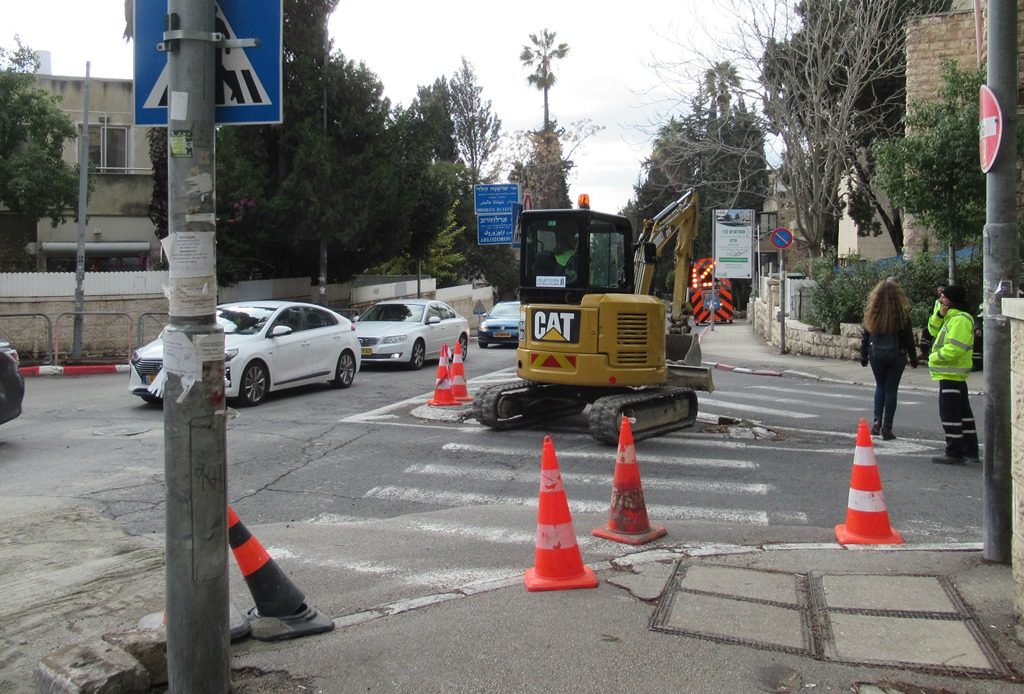 Jerusalem is famous for its cats, but a new bred of CATs are now all over the Jerusalem streets. 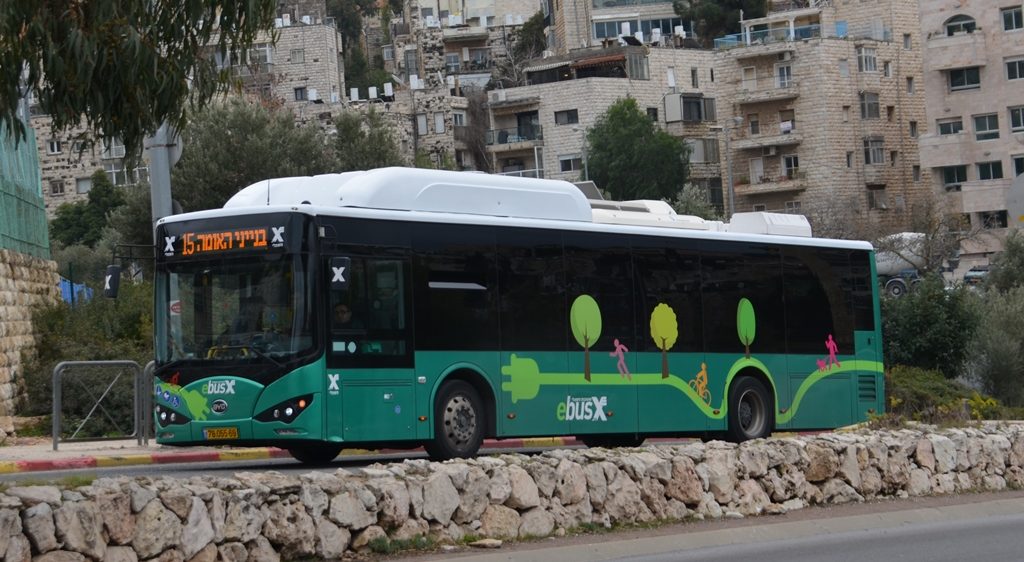 One of the new Jerusalem electric buses went by. 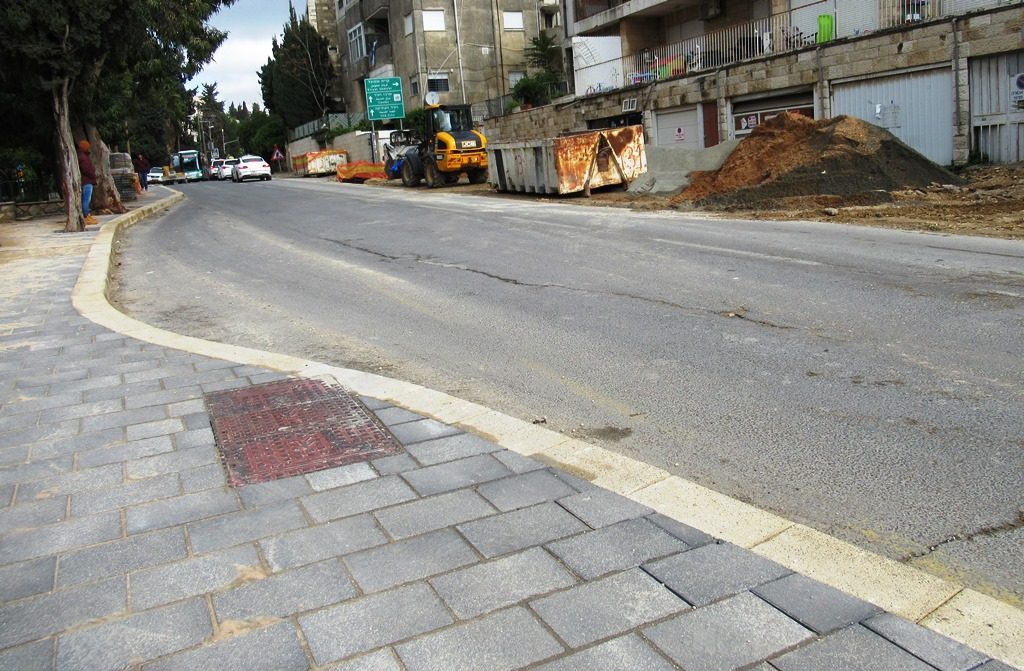 Drivers try to maneuver around closed intersections during the construction of new sidewalks. 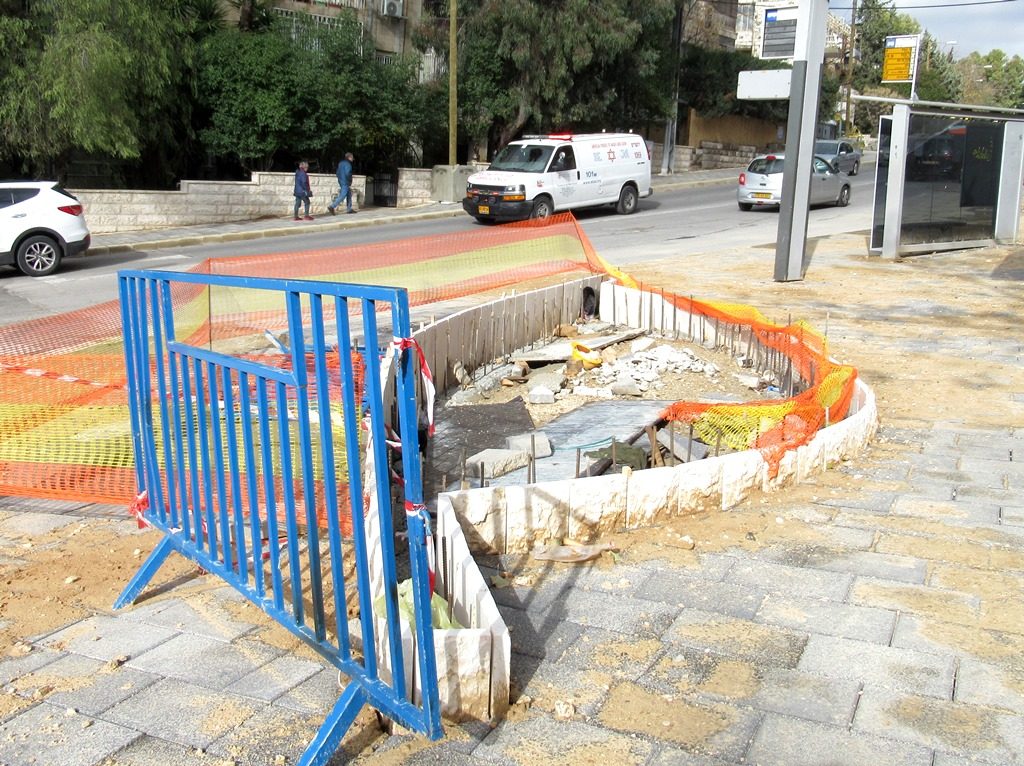 Walking along Azza Street has been a challenge. With work done day and night and in the rain, even for emergency vehicles, it is challenging.

This bus stop was removed the next day, people had to stand and wait in the rain. 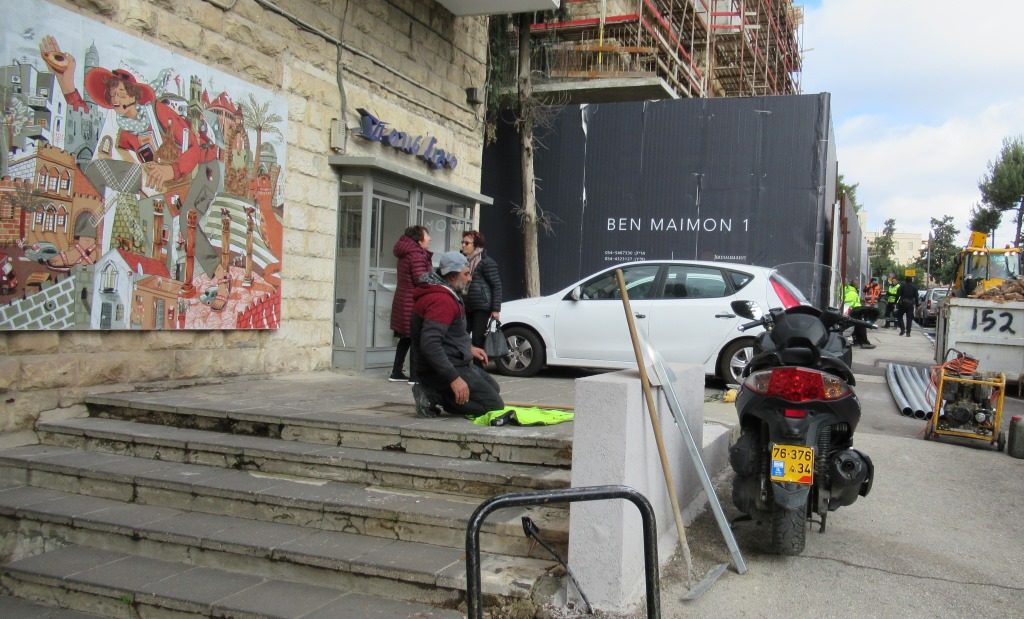 But while walking, I discovered an alternative use for those safety vests, a handy substitute for a Muslim prayer mat. 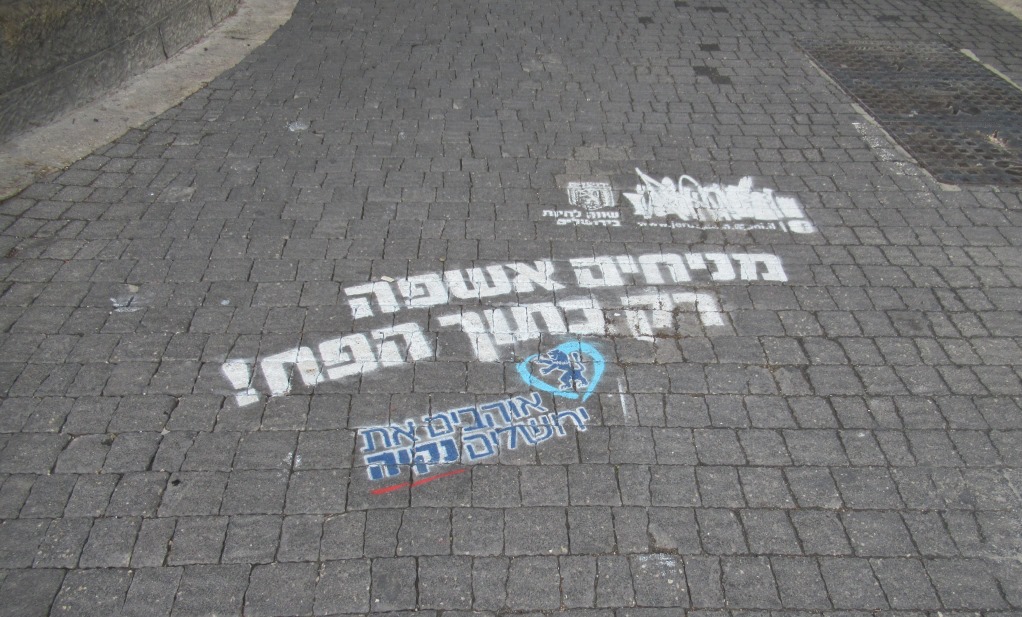 Oh, the new Jerusalem streets, and trying to keep them clean.

Feel good signs have been posted along the main street. 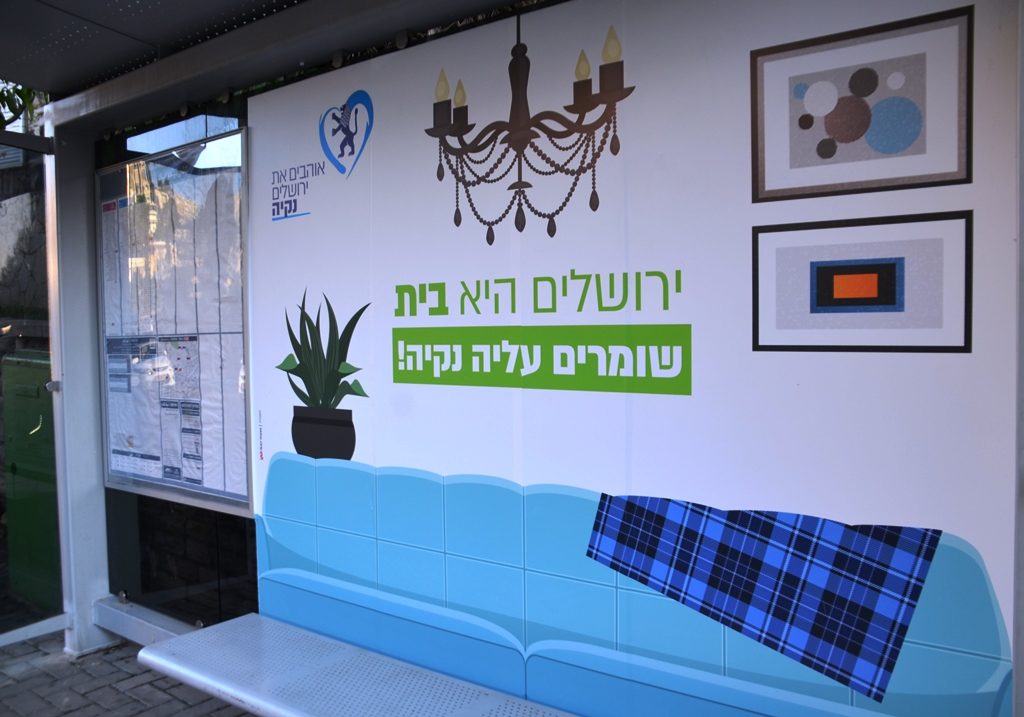 “Jerusalem is your home, keep it clean,” reminds the new bus stop sign.

Oh, there is more, the light rail construction has whole neighborhood streets dug up. 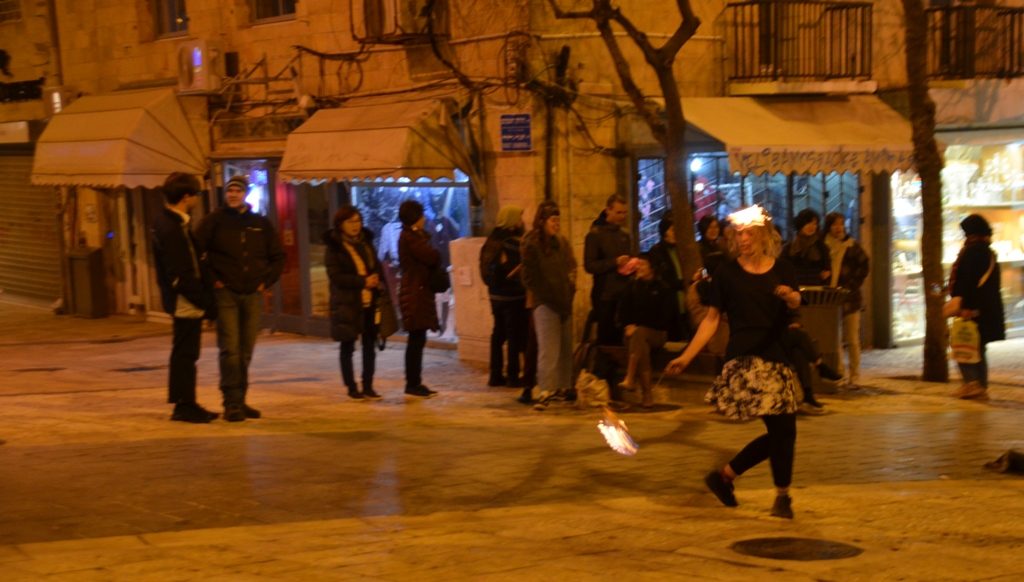 You never know what you will find next on Jerusalem streets – this fire dancer was new to see. 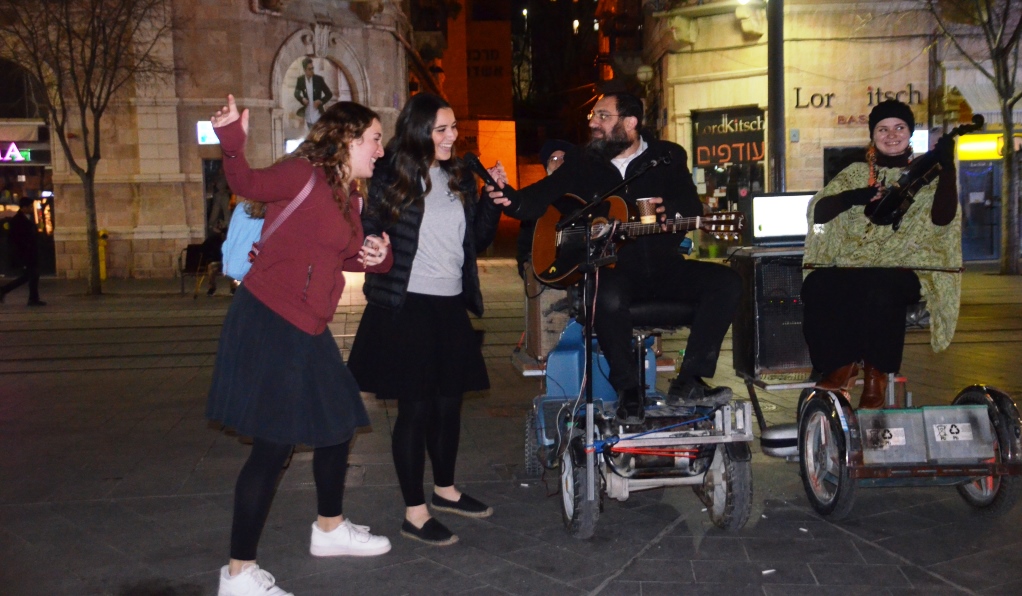 However, along Ben Yehudah Street and Zion Square – music, a common sight.

Jerusalem is ever-fascinating and changing. 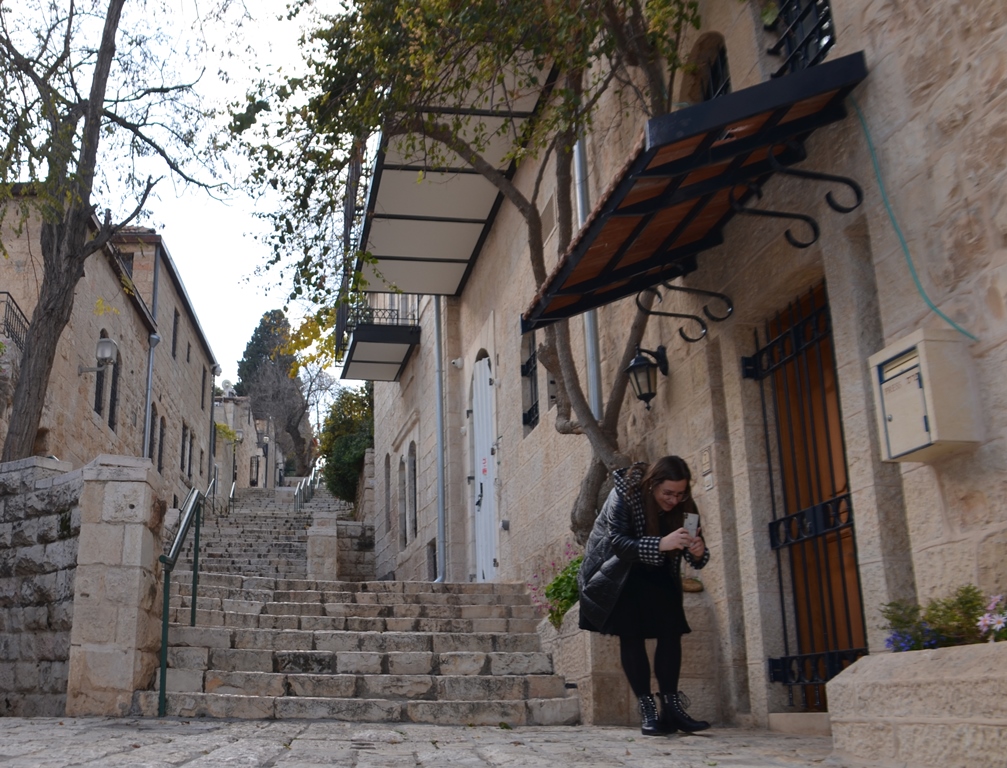 We had a wonderful time in Yemin Moshe on a photo walk. 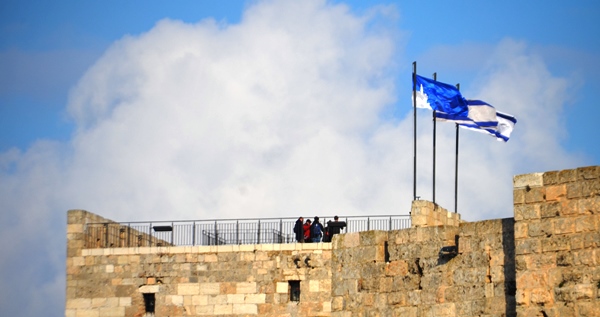 Old or new, day or night, whether you look down or up,

millions of tourists have found what’s happening on the Jerusalem streets.

Come see for yourself.

2 thoughts on “Digging Up and Cleaning Up the Jerusalem Streets”