That’s it for the summer.

Most visitors to Jerusalem, Israel have gone home.

At the end of August, a 9% increase in tourism was announced.

In the US and Israel, everyone was on holiday, at the beach one last time, or at a big-time BBQ.

Israel finished in fourth place, but was full of pride, for Israeli Dani Eastman was named men’s tournament MVP. The tournament was to be held in Israel previously but was canceled in 2014 due to the security threats of the July-August Operation Protective Edge.

Also, there was JeruStock at First Station, a mud-free, drug and alcohol-free, family-friendly, musical, tie-dyed celebration of 50 years since Woodstock. 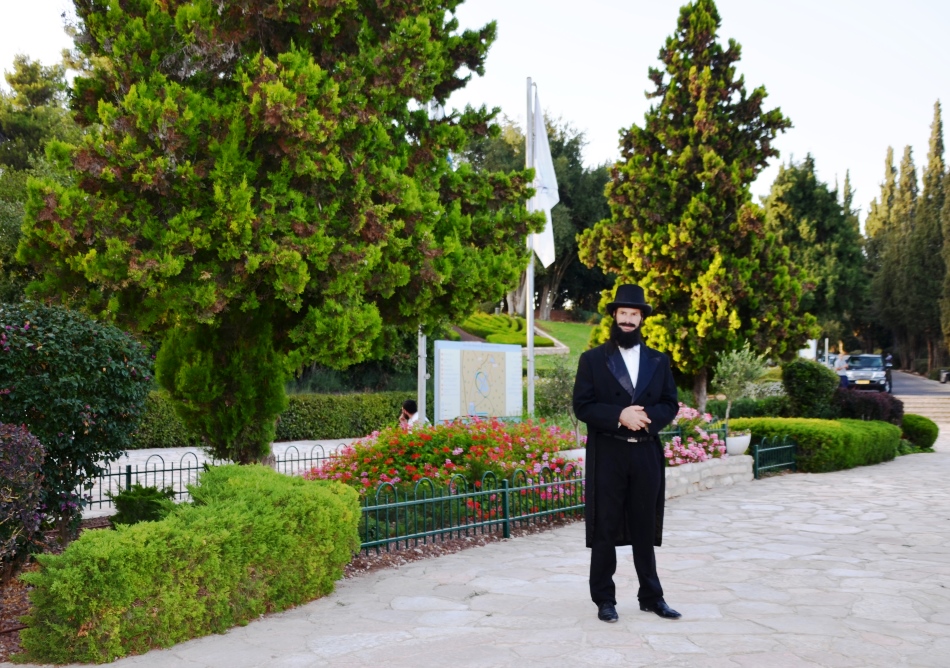 At the end of August in 1897, 208 delegates and 26 press correspondents attended the First Zionist Congress in Basel, Switzerland.

Theodor Herzl is not only remembered on the anniversary of the movement he started or on the day when he was re-interred in Israel in 1949. He is remembered on Har Herzl which was named for him, the man who died so young and before his vision became a reality.

This year special ceremonies were held near his tomb on Har Herzl. 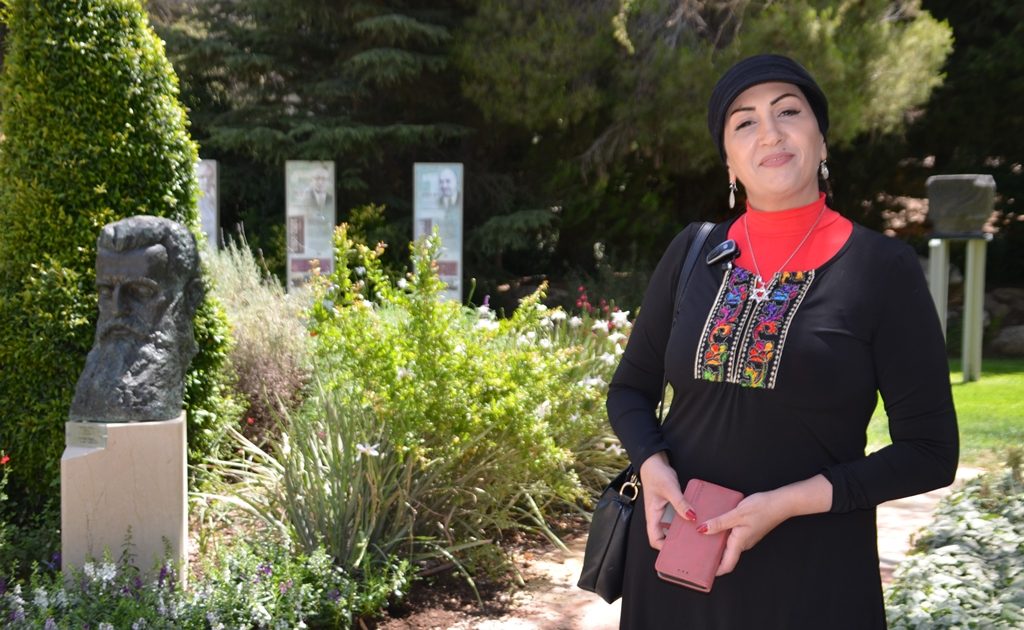 A sculpture of Theodor Herzl stands in the front garden of Beit Hanasi.  Here Sara Zoabi posed next to the statue in the presidential garden after a recent event held in the main hall. 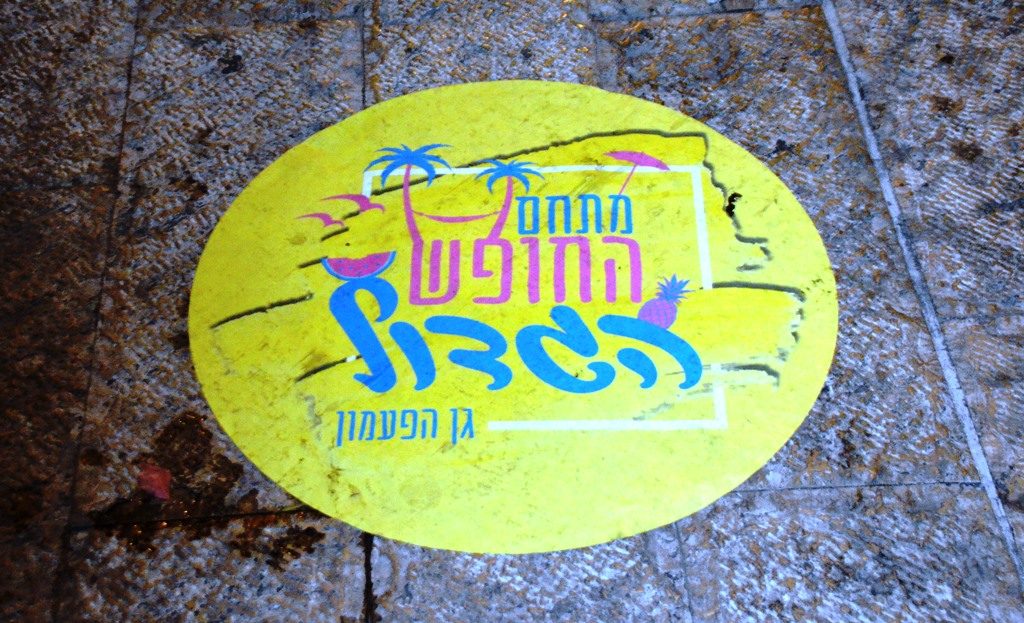 Memories and this sign were all that remained of the big summer vacation and water activities in Jerusalem’s Liberty Bell Park.

It was time this week to go back to school. 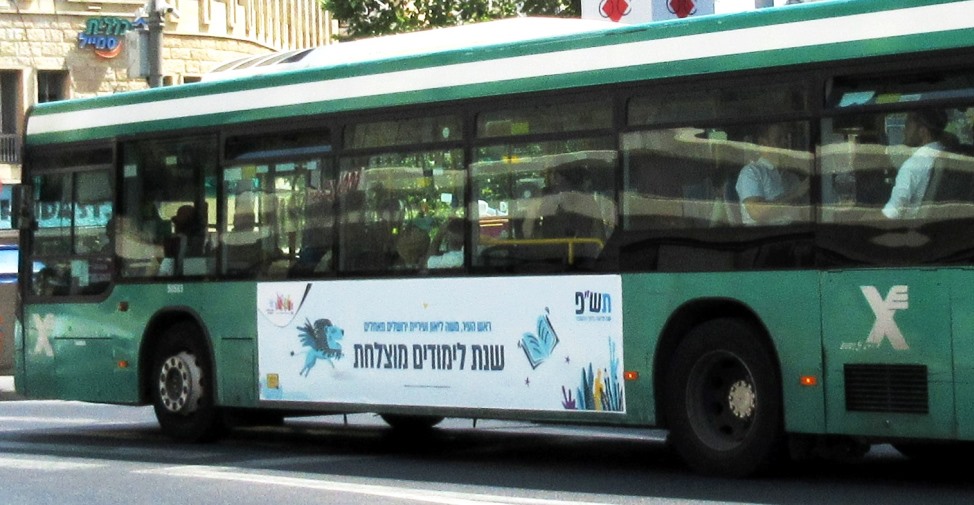 Signs lined some Jerusalem streets, similar to this one on a bus, wishing all a successful school year תש”פ 5780. 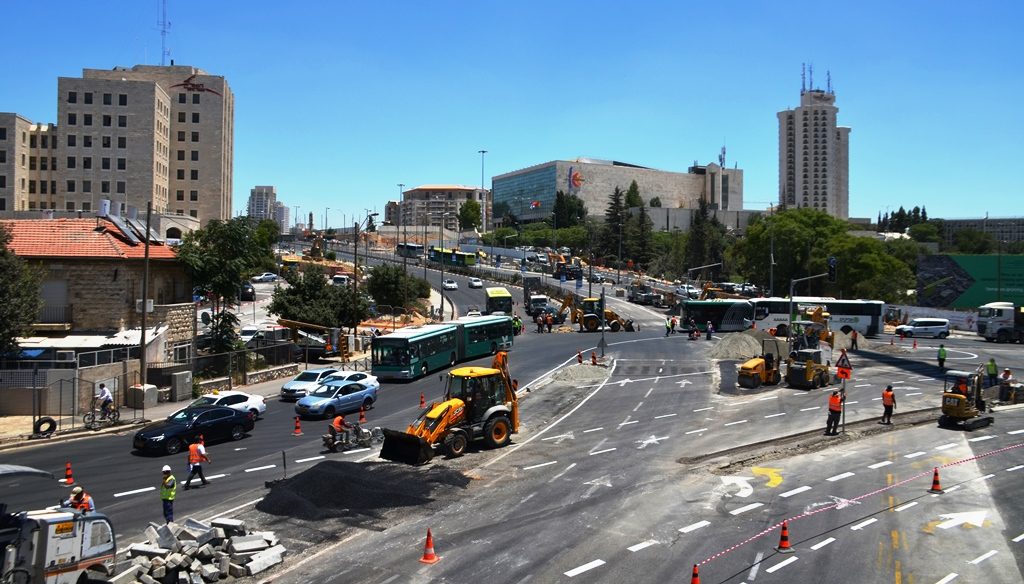 The new traffic pattern at the entrance to Jerusalem was well advertised. Until now no fines have been imposed on cars going in the public transit-only lanes, but that is to change now. Police will be watching and will issue tickets and fines to those drivers of private vehicles who are not following instructions. 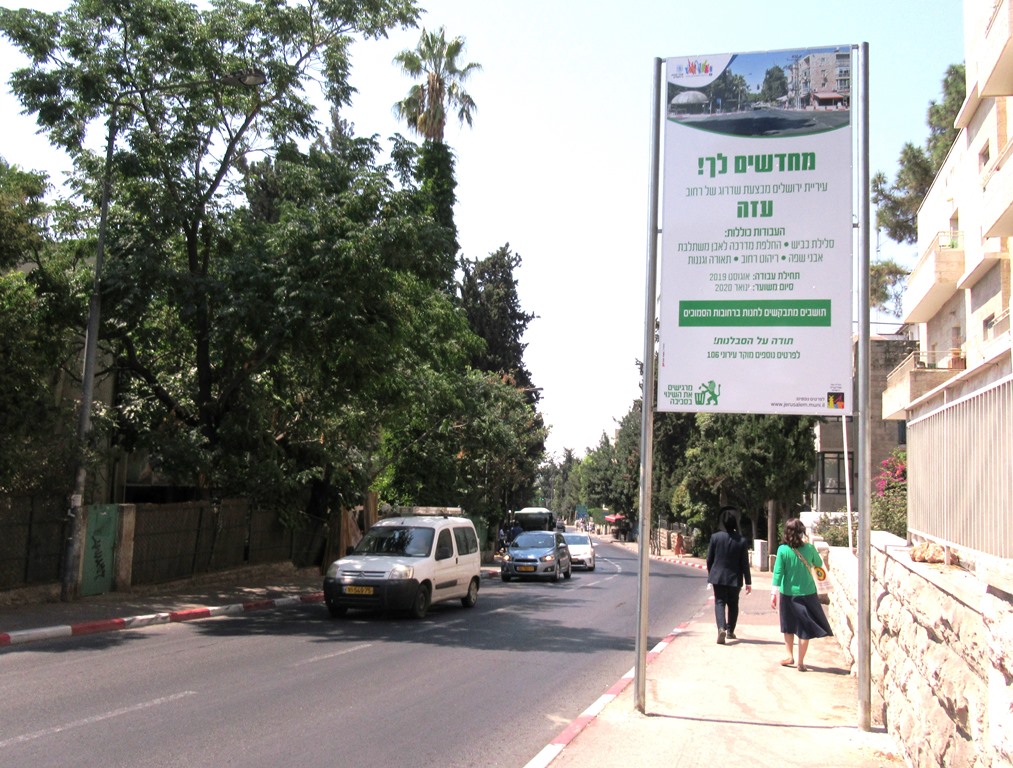 But there is more–multiple signs are up for other road works to begin soon. 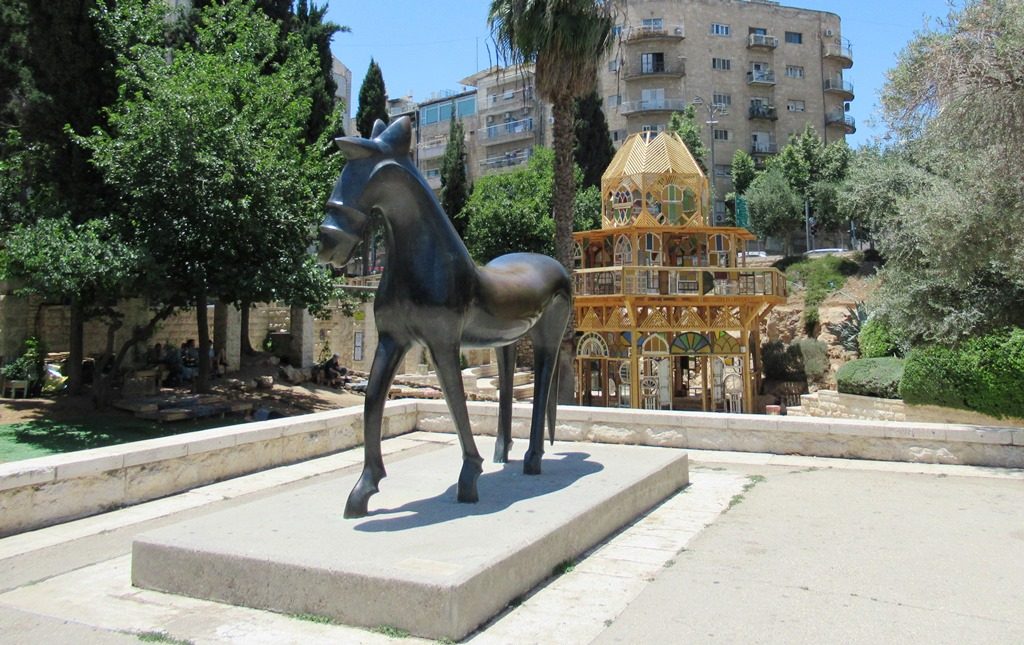 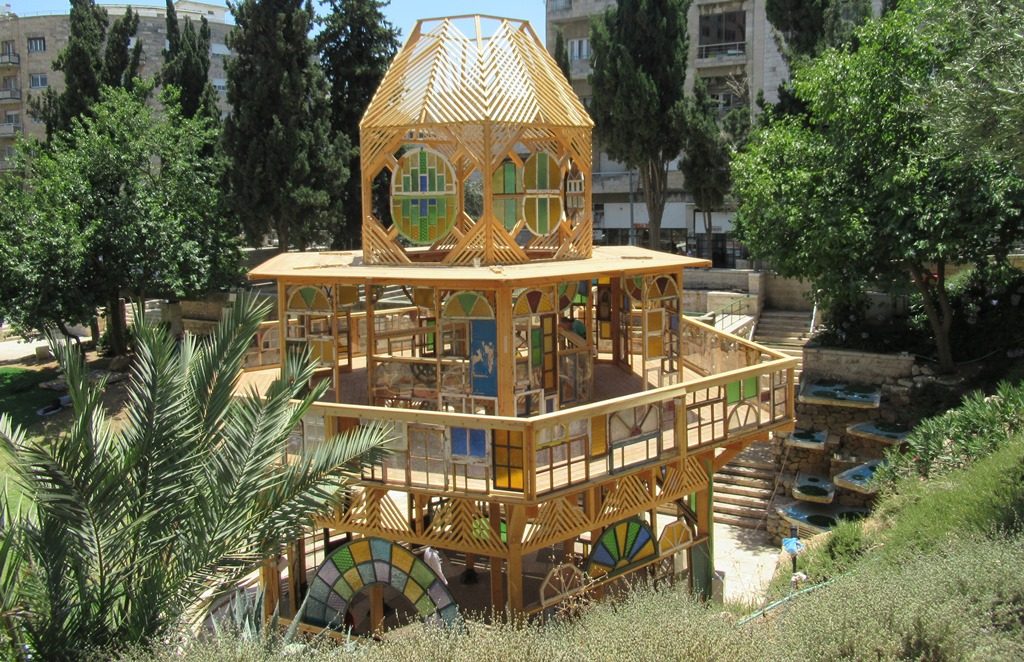 ‘Windows’ was constructed for the Mekudeshet Festival which is to run September 4- 21. 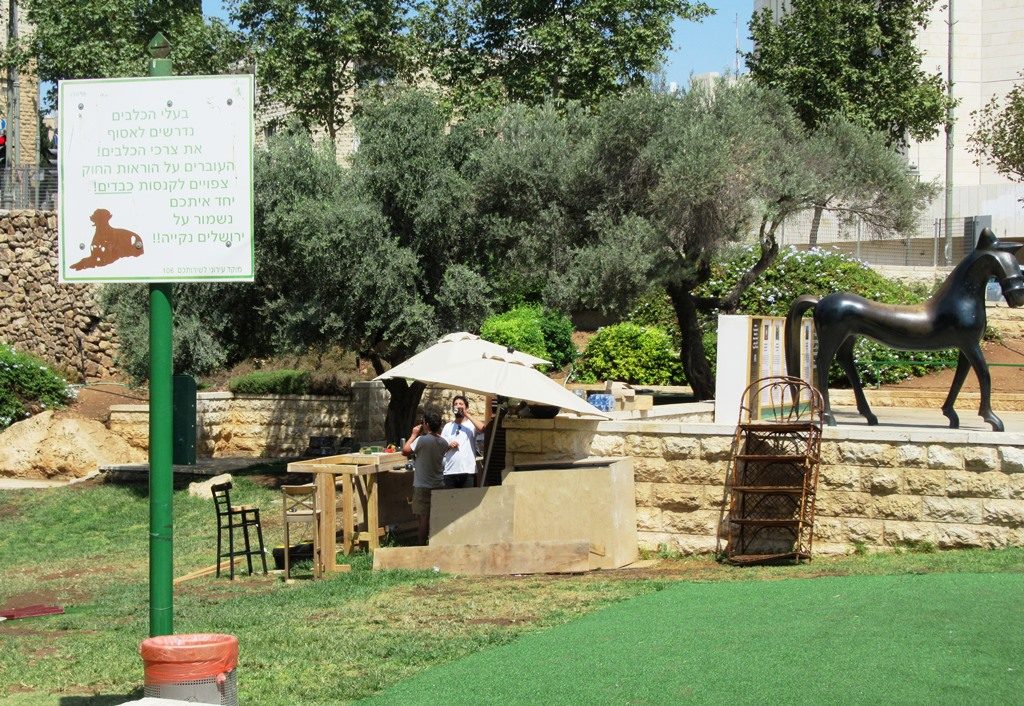 This week ‘Windows’ was being repaired and readied for the musical opening of the creative festival, whose music will be filling Jerusalem streets and parks.

The design for new construction for the Knesset expansion was published.

After the municipality sent out these images of the accepted plans, objections arose that the “iconic” building is not prominent enough.

However, what the sketches do not show is all the construction surrounding the Knesset which obscures many views.

Construction and moving are two themes found throughout Jerusalem streets this week.

I especially love to see the piles of books left out for passersby to take and give a new home. 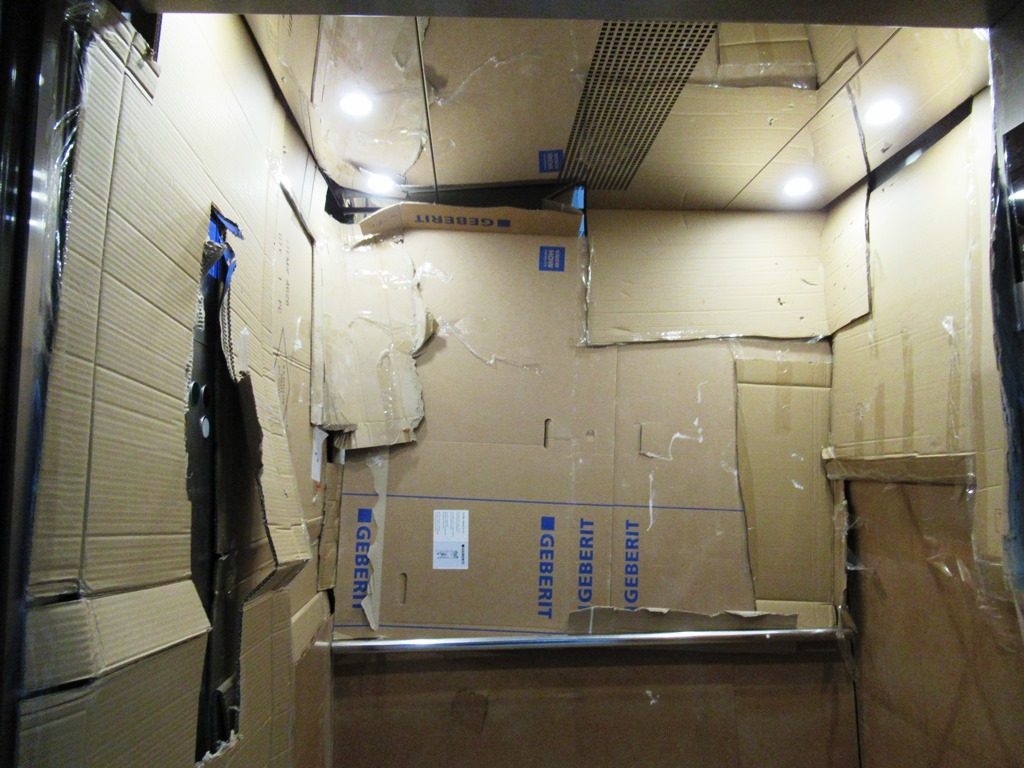 Long gone are the days when Jerusalem had few elevators and only low buildings.

This is one of the new elevators that have a number pad ONLY on the outside wall.   You must push the number of the floor you want before entering the elevator.  Then you have to check and see which elevator to use and then enter.

I had to take a photo of this “C” elevator. I entered after pressing the button for the 16th floor.  While still in the lobby, one man came in, looked around, and exited quickly.  This was a sure sign he was not a regular visitor to the building as he panicked on encountering the new technology. 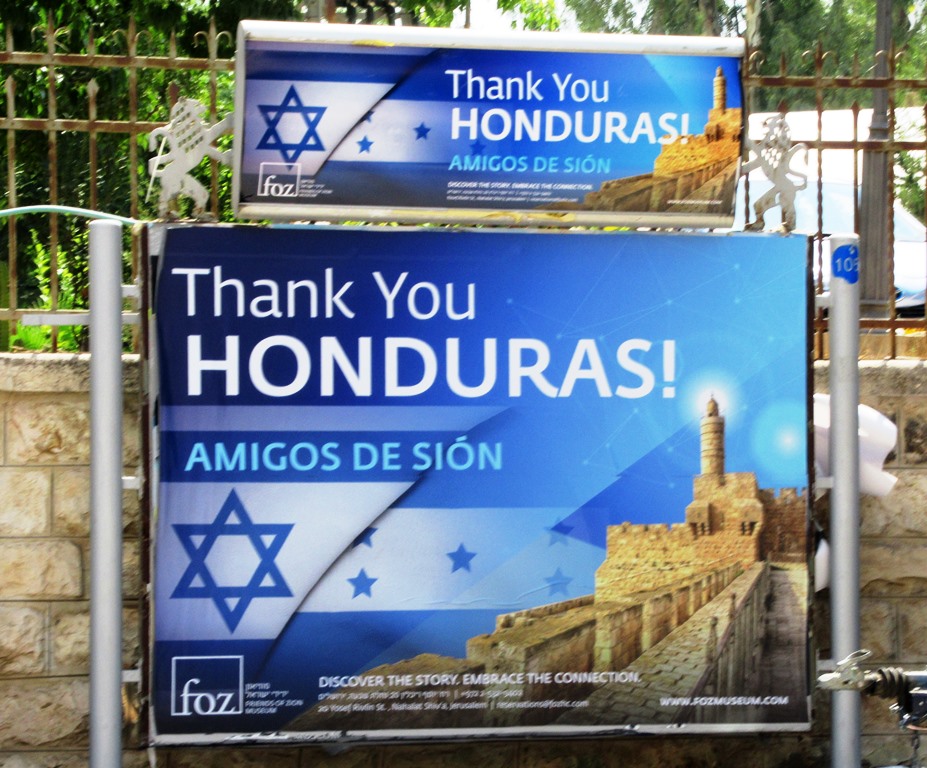 A very special visitor, Honduran President Juan Orlando Hernandez, and his wife arrived in Jerusalem for a ceremony inaugurating a Honduran “trade office” in Jerusalem. Their first public appearance was at the Kotel, Western Wall. This visit was to be the first step to moving the Honduran Embassy to Jerusalem. 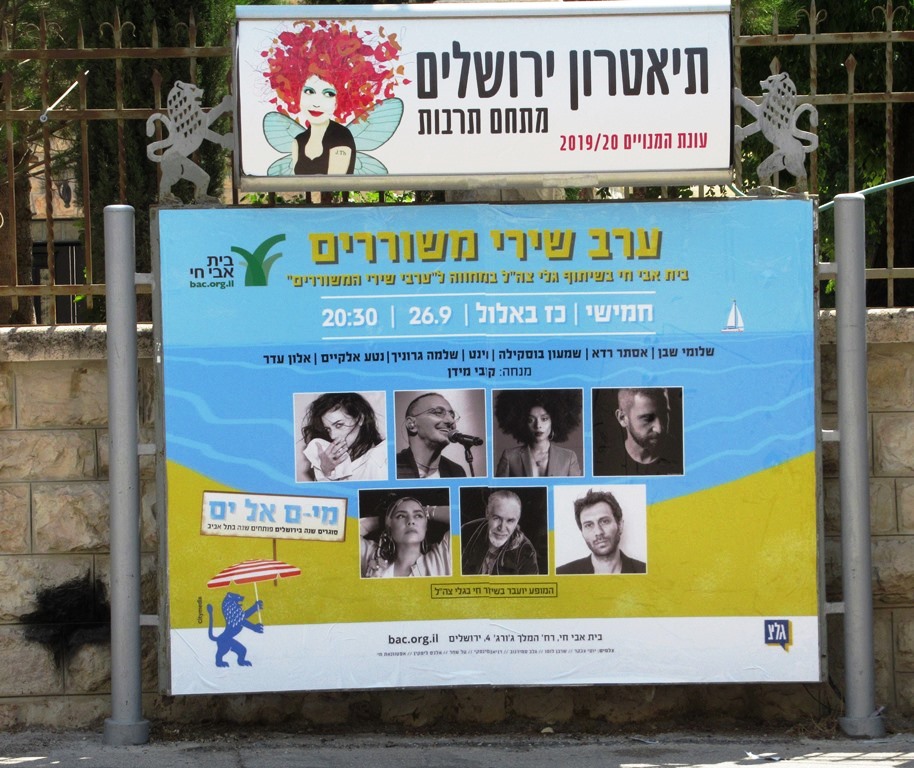 With the new month of Elul, the countdown to Rosh Hashana, the New Year, has begun. Signs are up for pre-holiday evenings of song and prayer.

Fall events include the ‘Jaffa to Agrippas Festival’ in the Machane Yehuda Market.

I am looking forward to The Jerusalem Biennale 2019 – For Heaven’s Sake! in October. 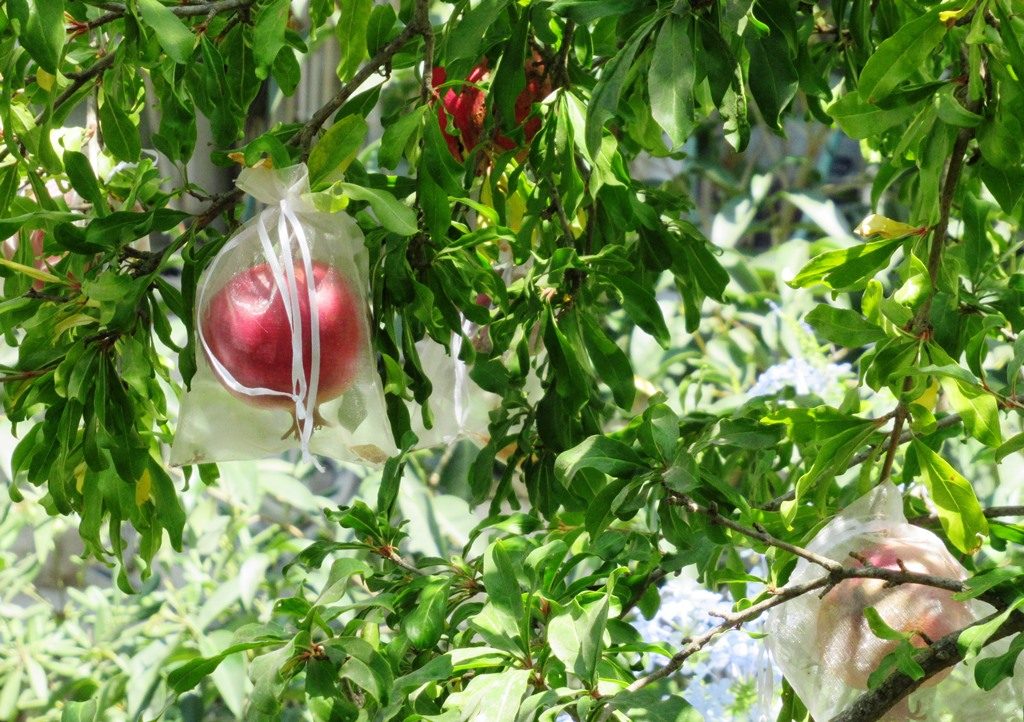 The pomegranates are ripe as they hang on trees along Jerusalem streets. 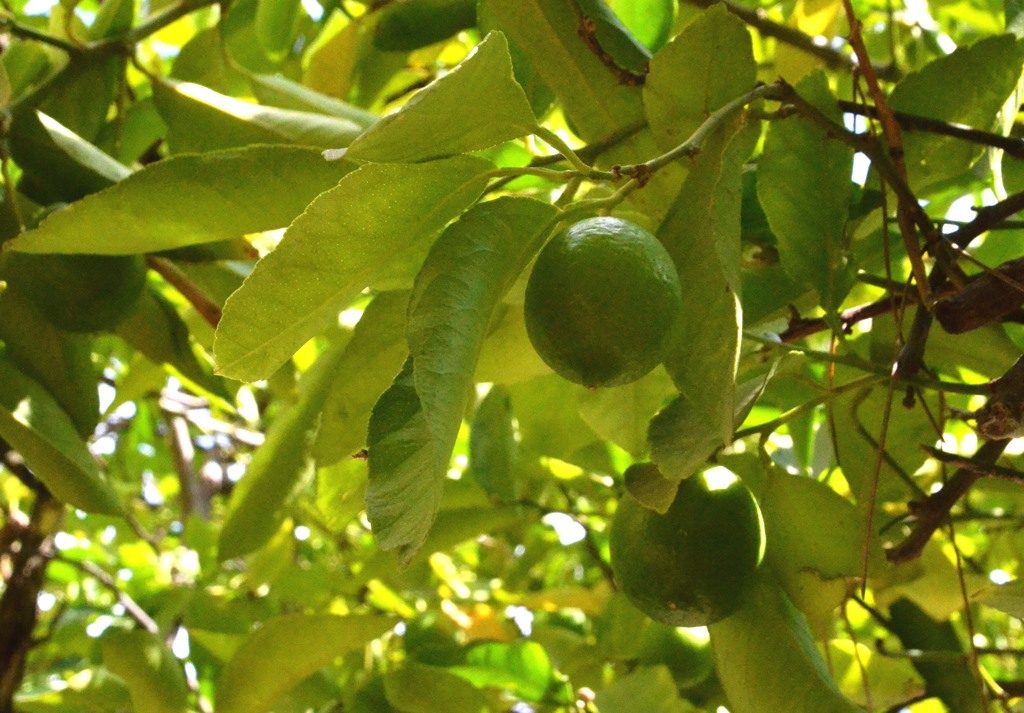 Another sure sign the summer has passed – limes on the tree.

Finally, it is cooling off enough to be comfortable walking outside again. 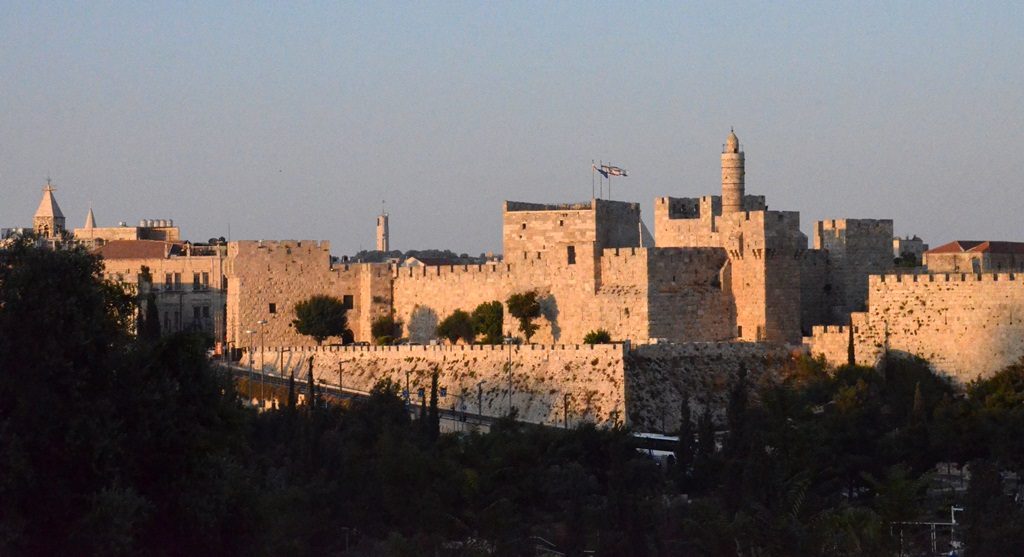 One sees the reflection of the sun as it sets against the walls of the Old City.

I love this time of year, and the time of day when Jerusalem turns to Jerusalem of Gold.

7 thoughts on “Jerusalem as August Ends and September Begins”