While it does not rain in Israel, 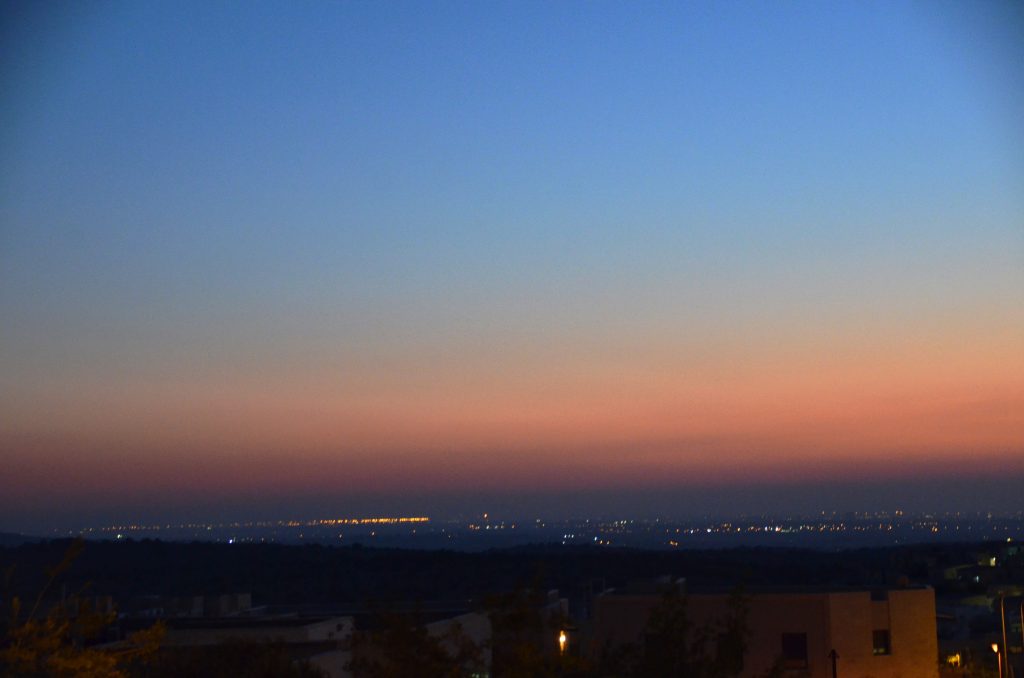 the humidity makes for interesting colors at sunset. 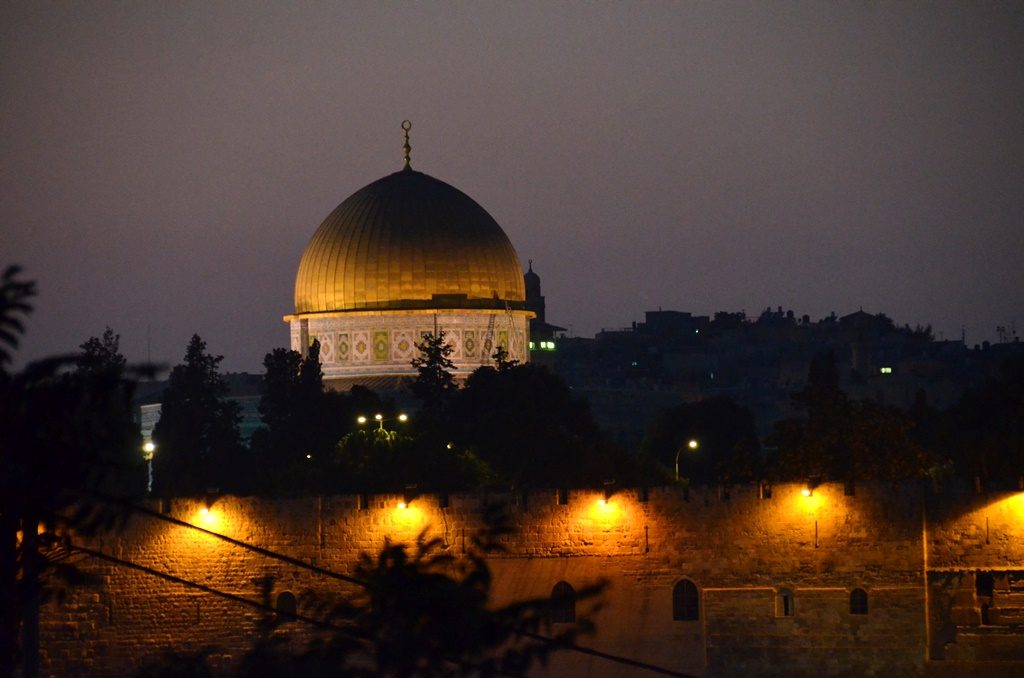 Of course, some sights are colorful at any hour.

this past week at Beit Hanasi, to the Israeli president.

The IDF band plays the national anthems of each country. 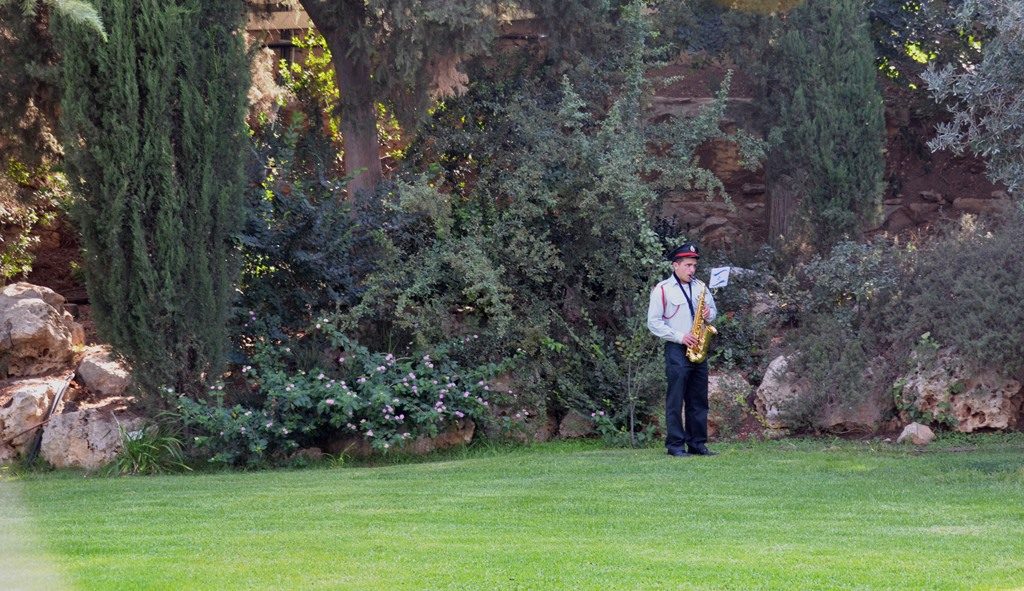 Time for one last minute rehearsal, before 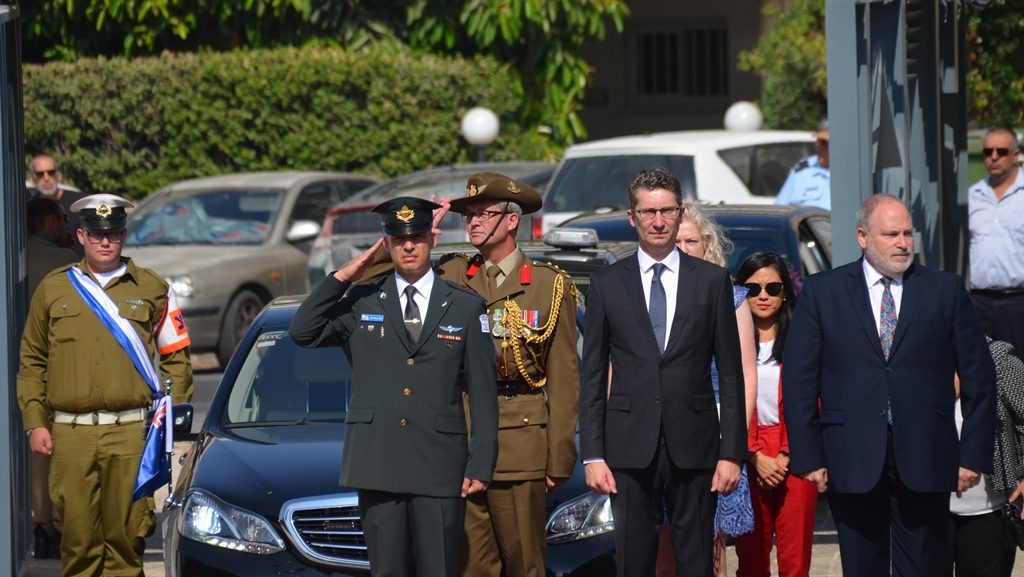 the new Ambassador from Australia arrived. 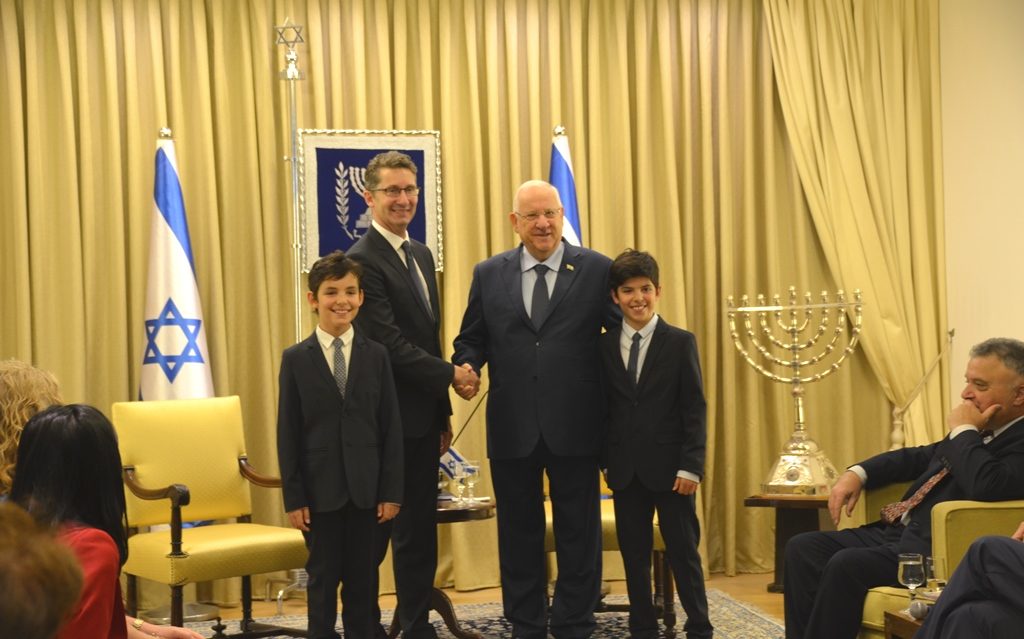 The King David Hotel was also busy with international visitors,

US Congressmen and the head of the Organization of American States,

joined the ranks of thousands of summer tourists. 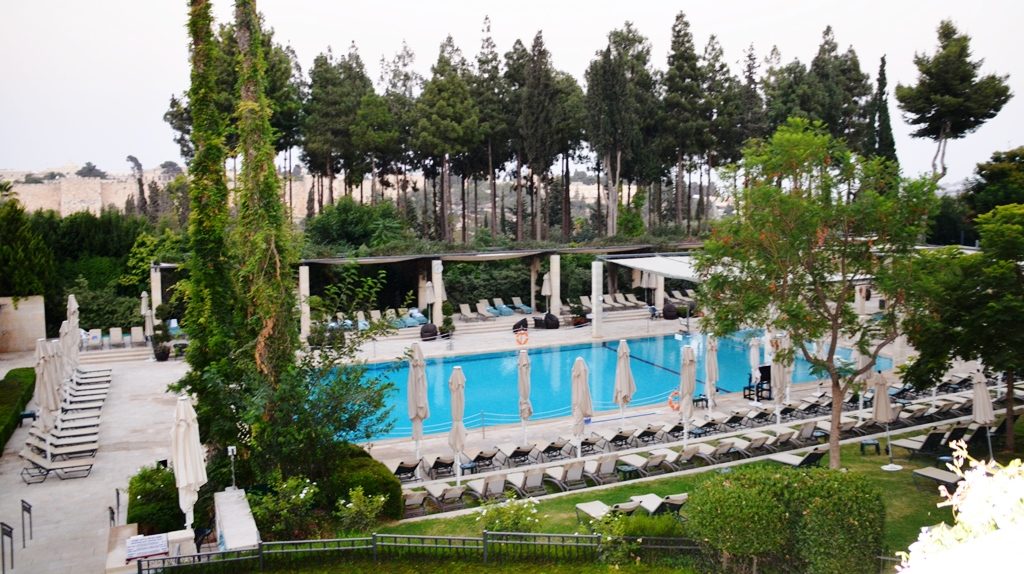 Out in back of the hotel behind the pool,

in the Bloomfield Gardens, 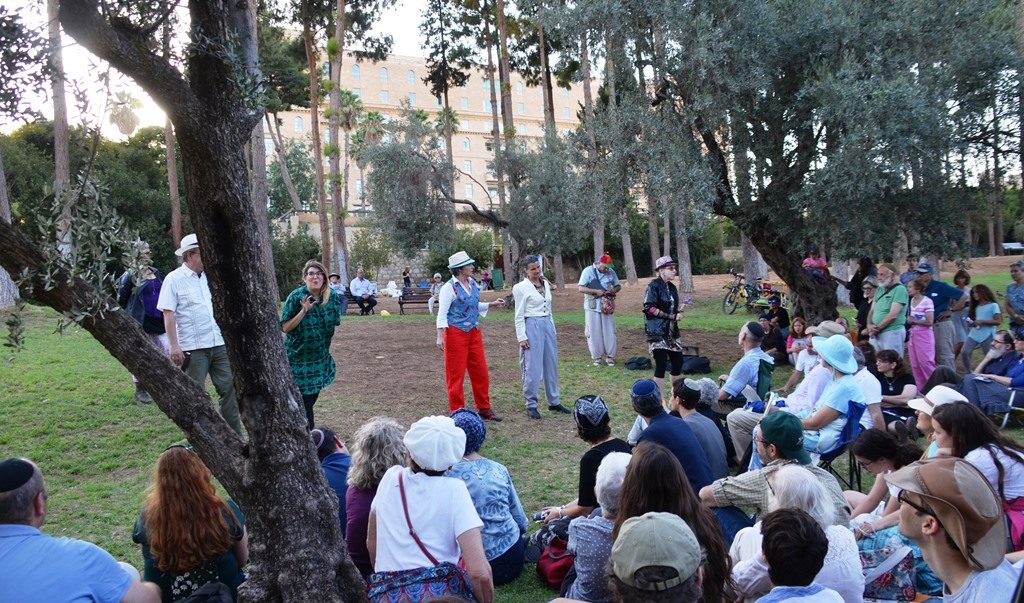 you will find the annual Shakespeare in Motion.

Taming of the Shrew is being performed in English,

August evenings before the sun goes down. 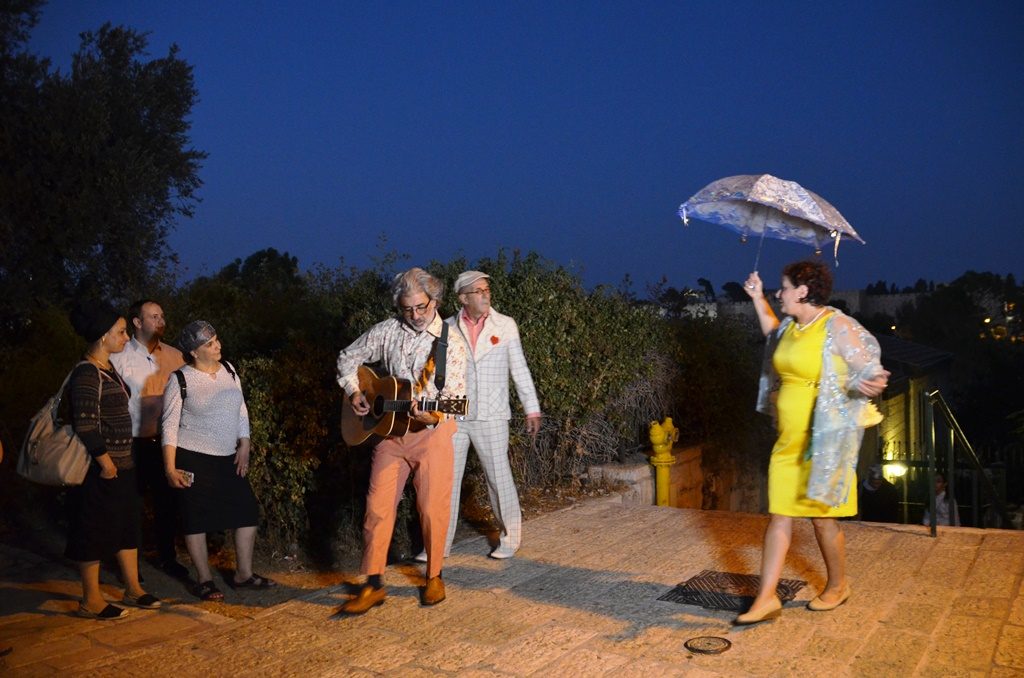 I still have not found the story behind this song and dance, 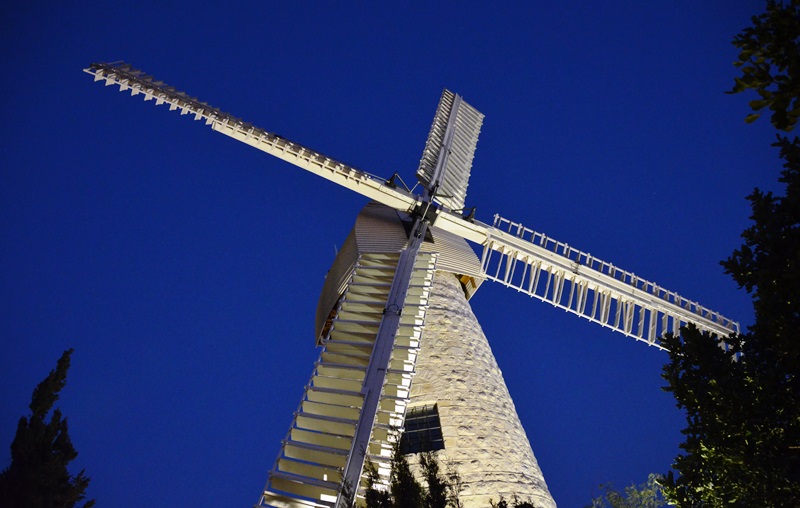 near the Montefiore Windmill.

As the sun was setting, 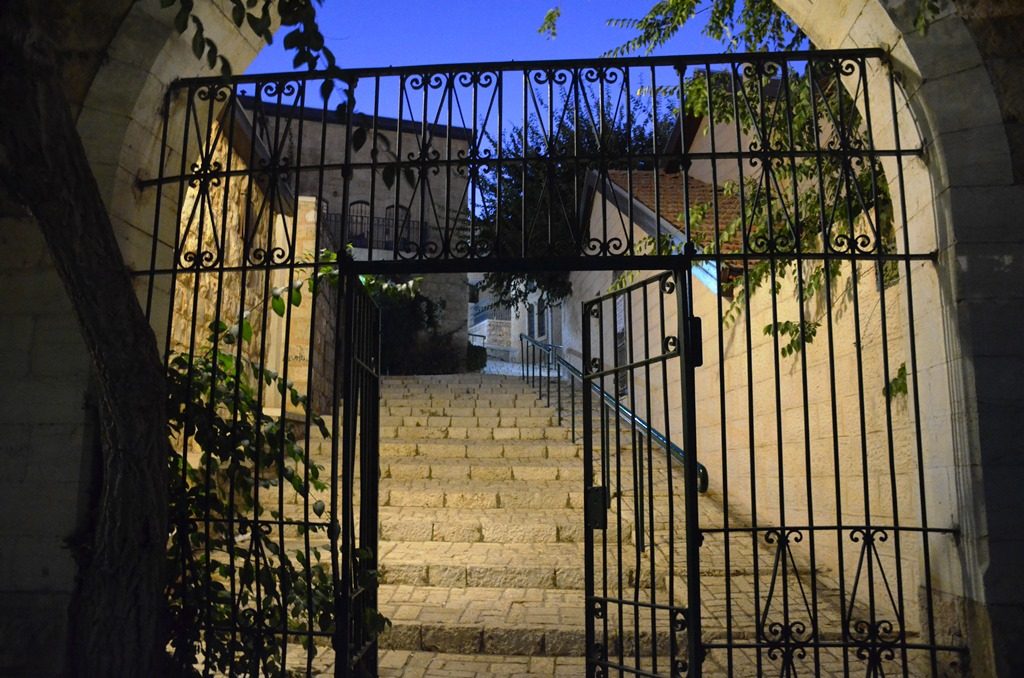 I was walking through Yemin Moshe, 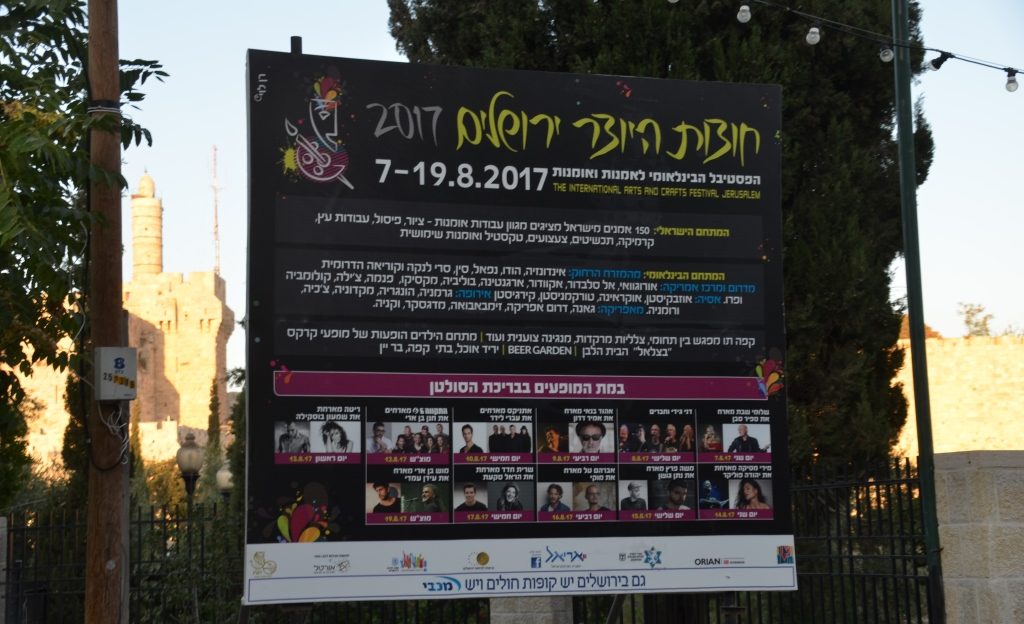 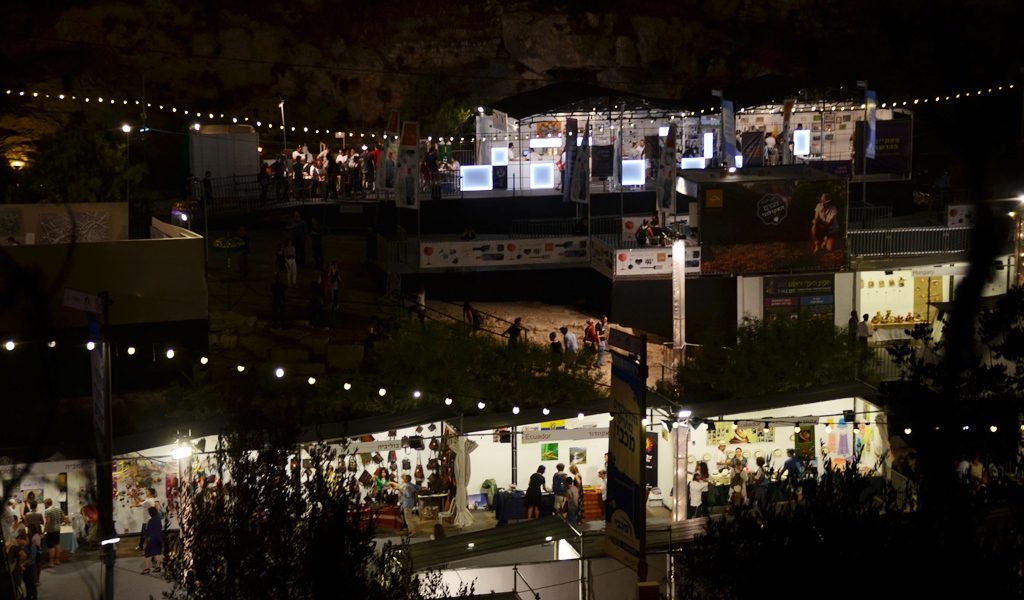 The set-up for international booths 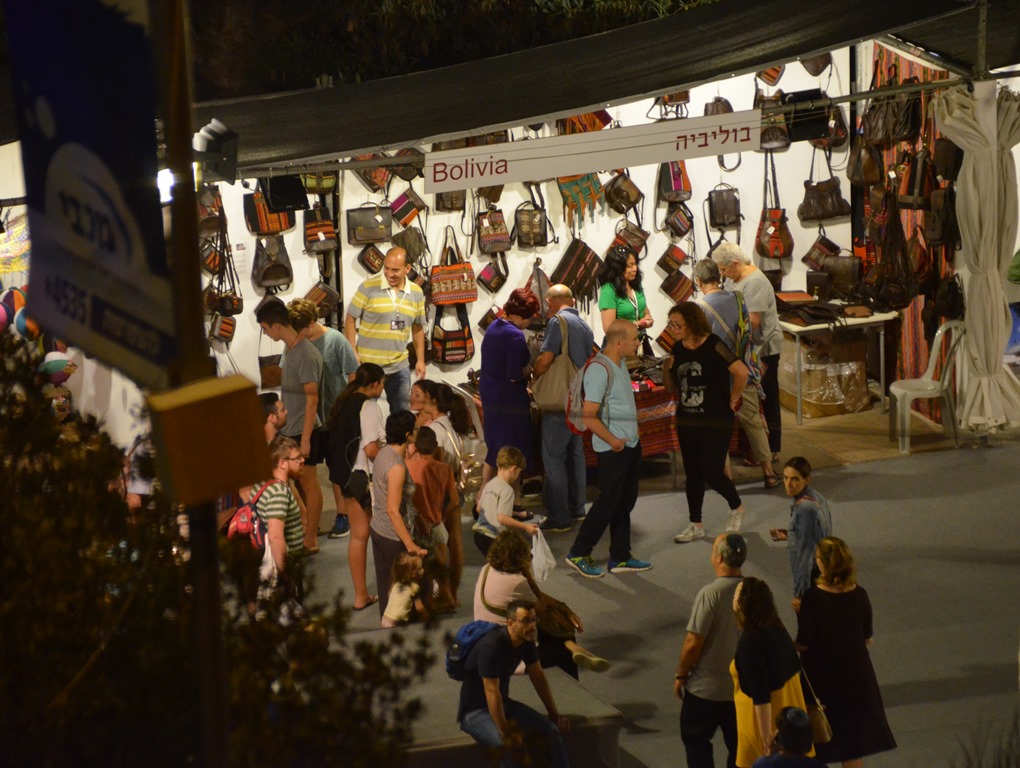 seems to be the same as usual. 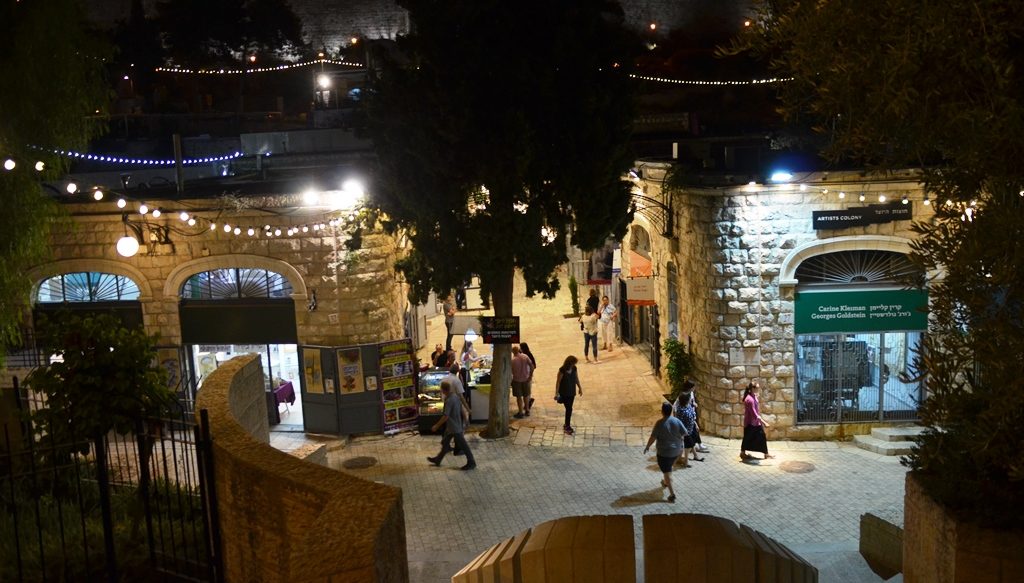 Fewer people seemed to be on the main path,

yet tens of thousands attend this annual end of summer event. 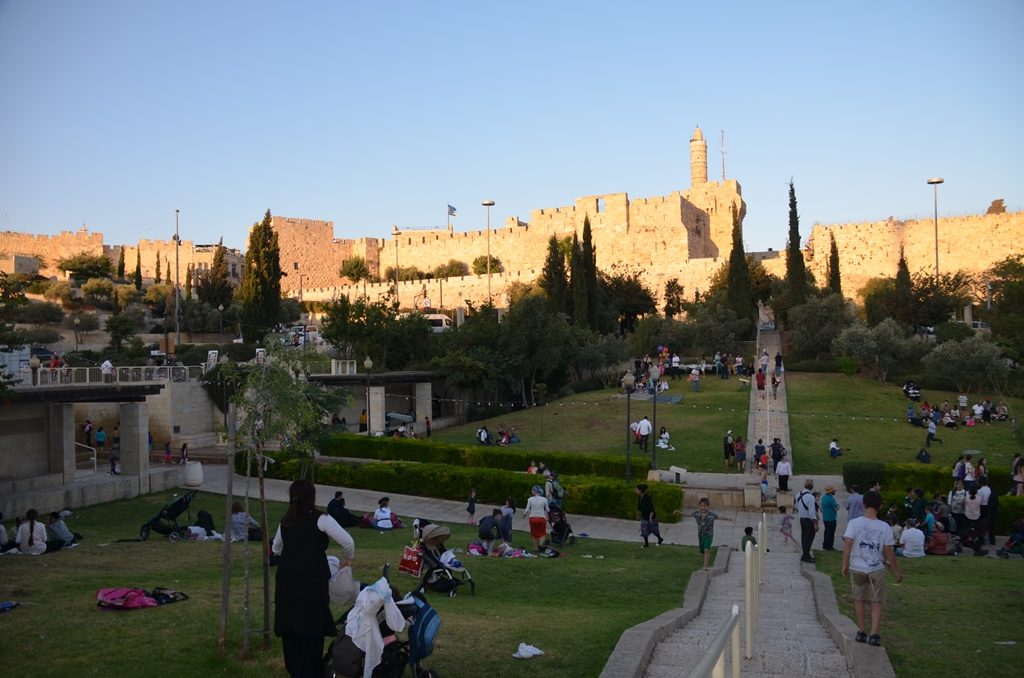 As the sunset sets on Teddy Park,

with the walls of the Old City and Tower of David in the background,

the park fills with families on outings. 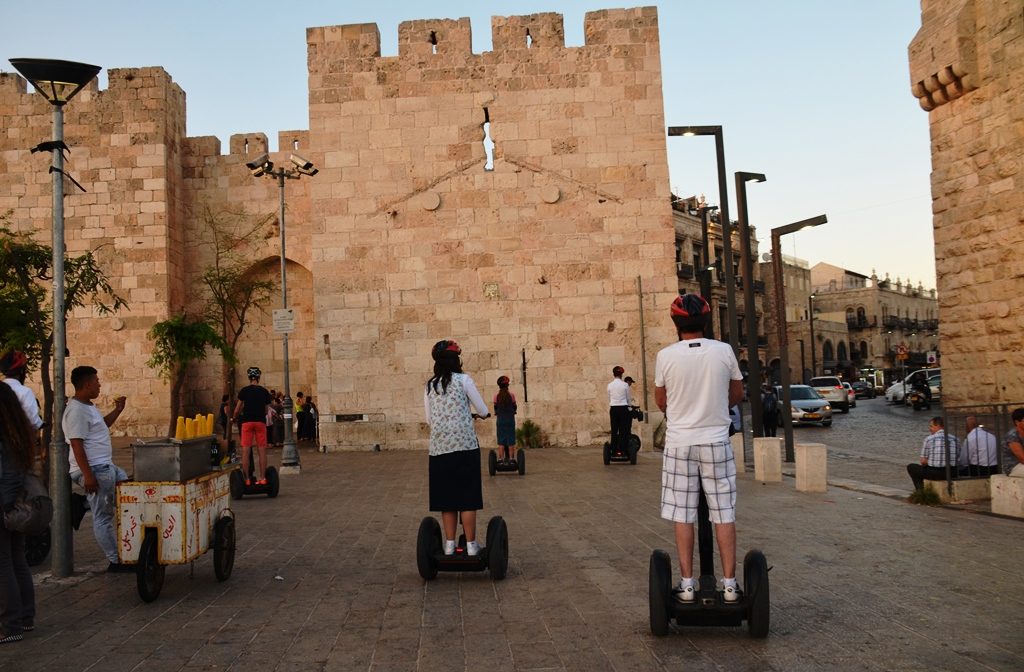 Segways have become a common sight. 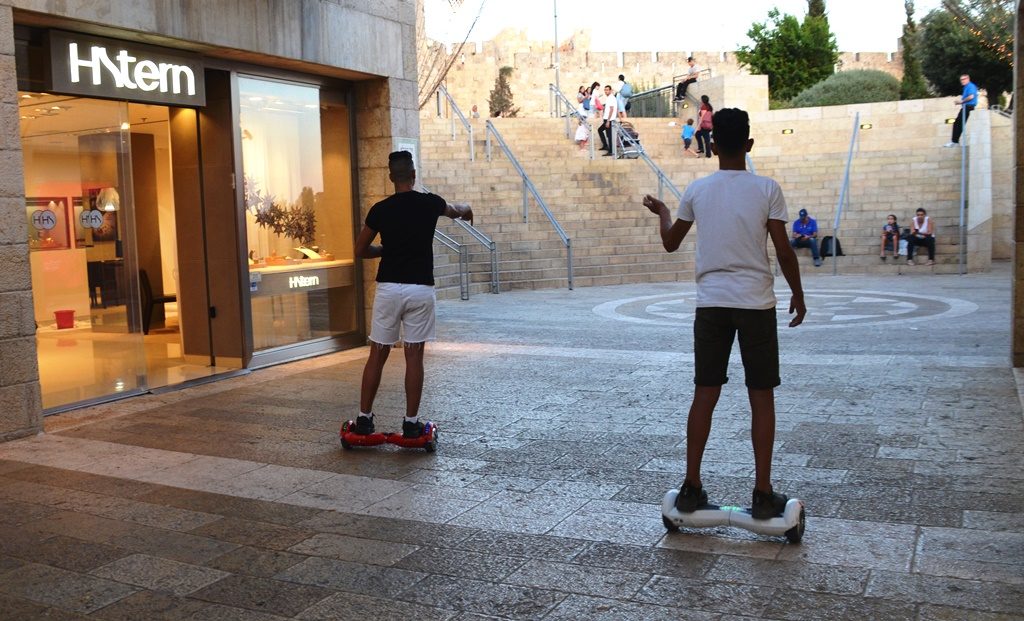 But watch out in Mamilla Mall,

for these contraptions racing through 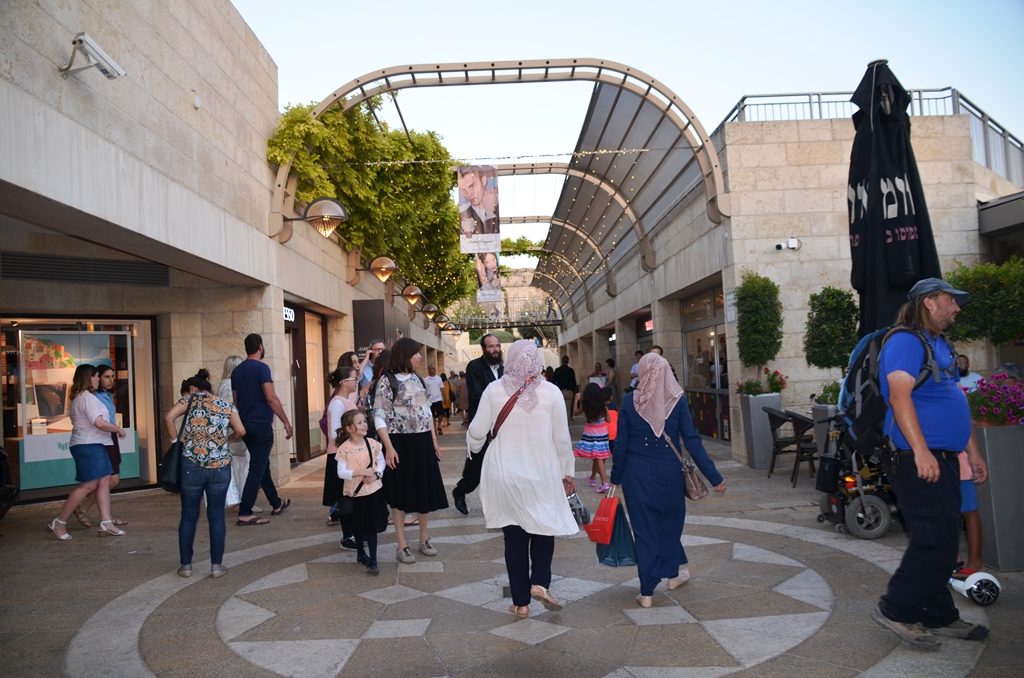 the hundreds of people walking and shopping.

are held every summer,

but this year in honor of 50 years of Jerusalem unification

Then, there is the Oud Festival

and Mekudeshet, which starts in August and ends September 15, 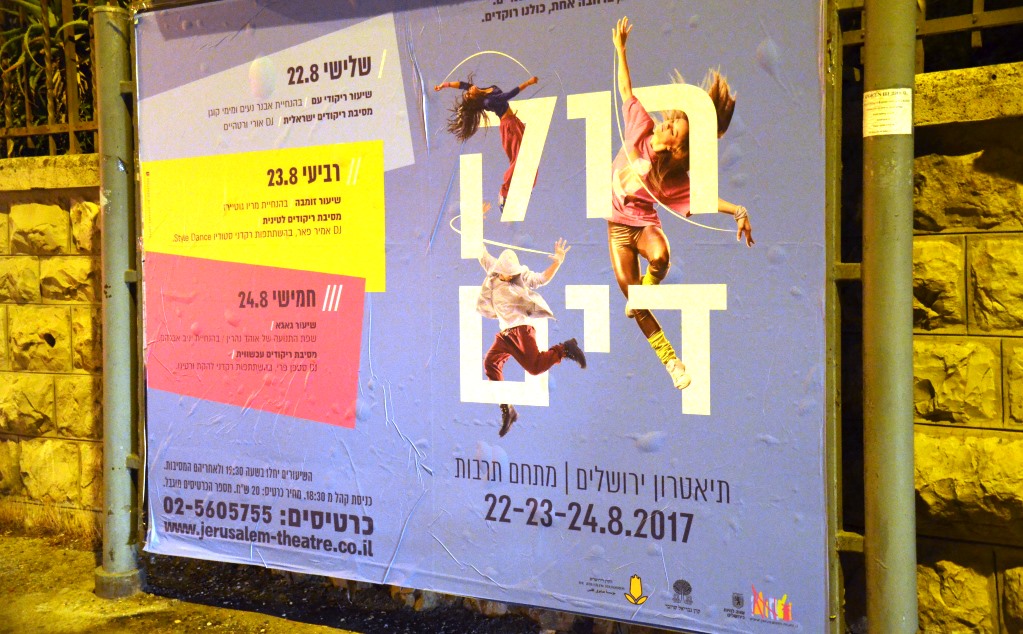 and there is dancing at the Jerusalem Theater,

plus Hansen House has evening events.

Festivals, singing and dancing…but no rain. 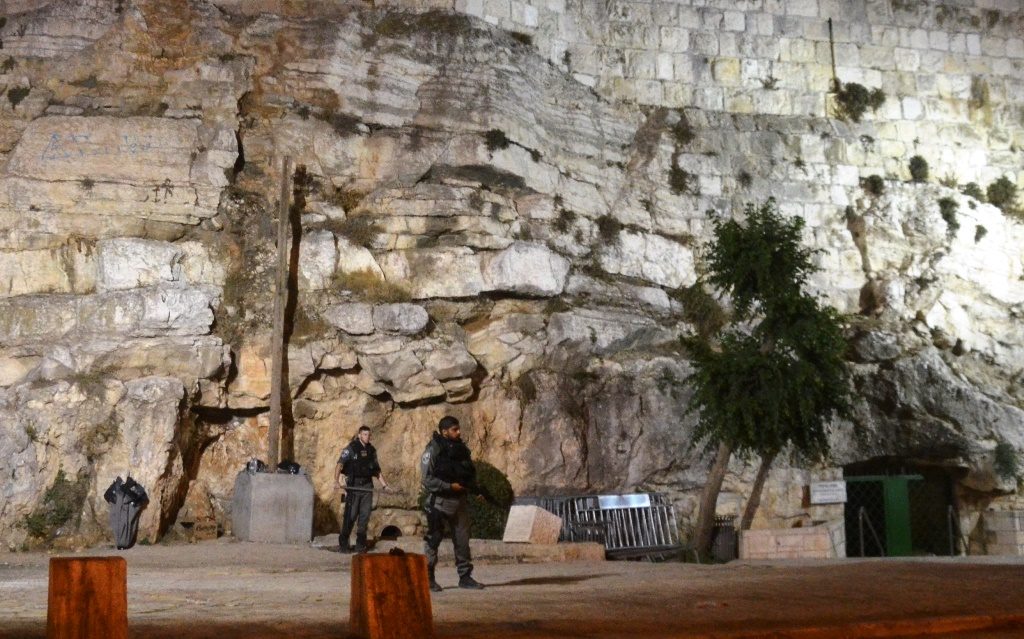 When you see security out dressed in heavy protection,

a reminder that singing and dancing in the rain

was only found in old movies.

Meanwhile, there is so

much great stuff happening in Jerusalem,

I will have to save more for next time.

3 thoughts on “Jerusalem in August, Everything but Singing in Rain”