Purim on Sunday, was a beautiful day 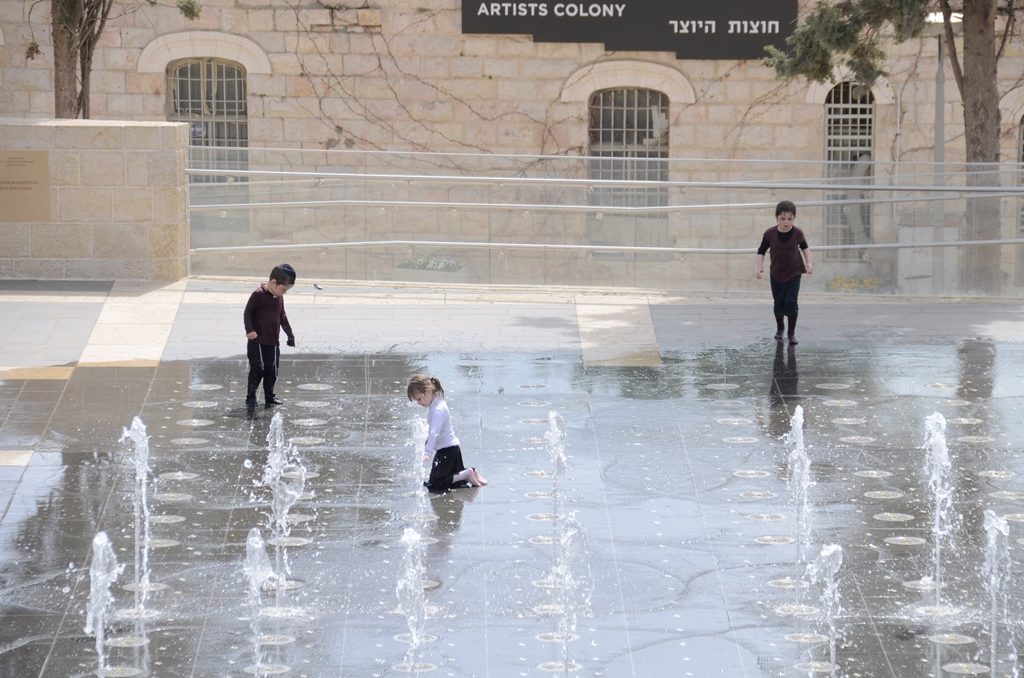 with blue skies and mild temperatures,

children were playing in the Teddy Park Fountain.

Larger than life figures waved from on top

of the walls of the Tower of David.

Down below on the streets it was hard to tell 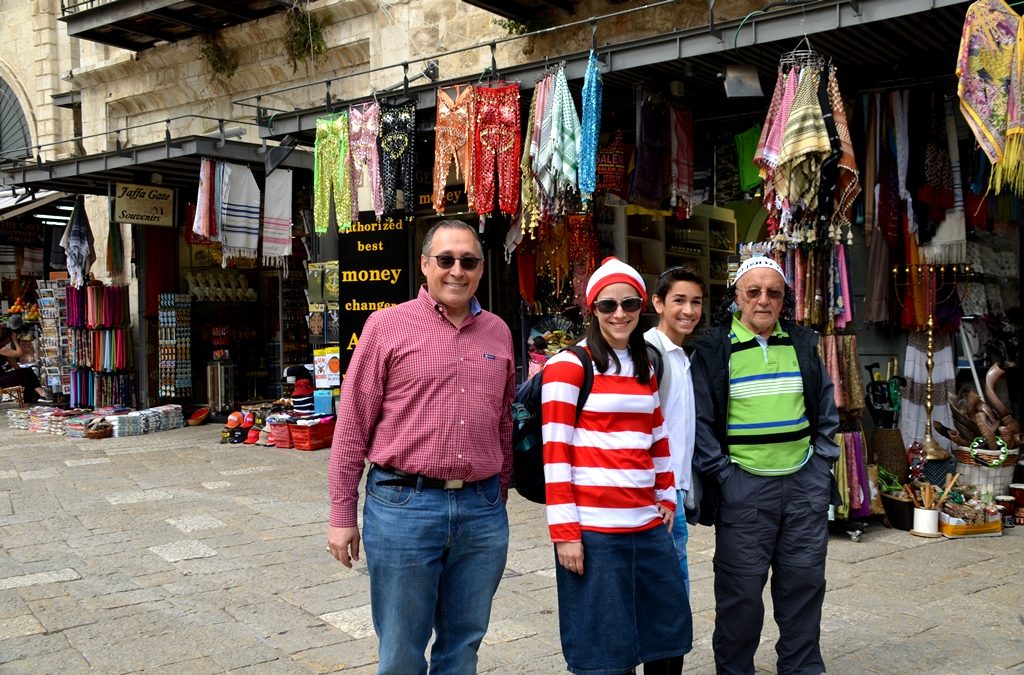 who was in costume and who was not. 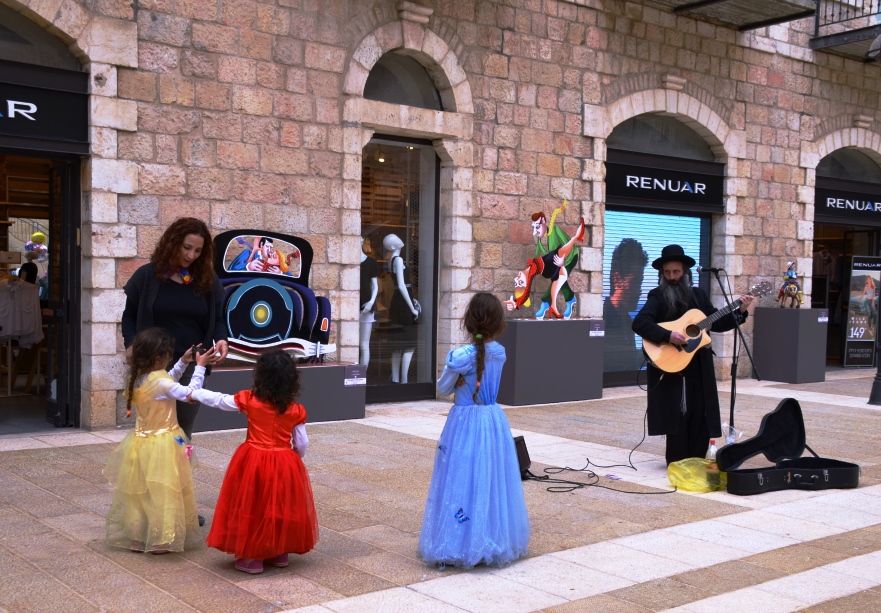 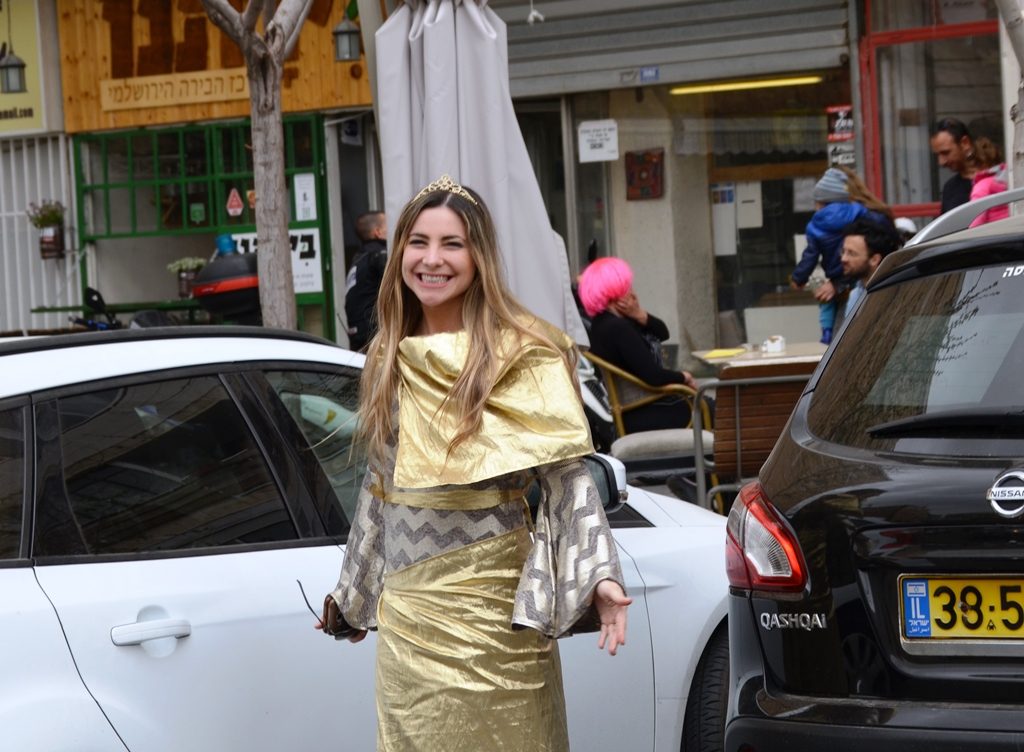 While this princess appreciated having her photo taken,

I also liked the folks sitting in the background,

costume or not costume? 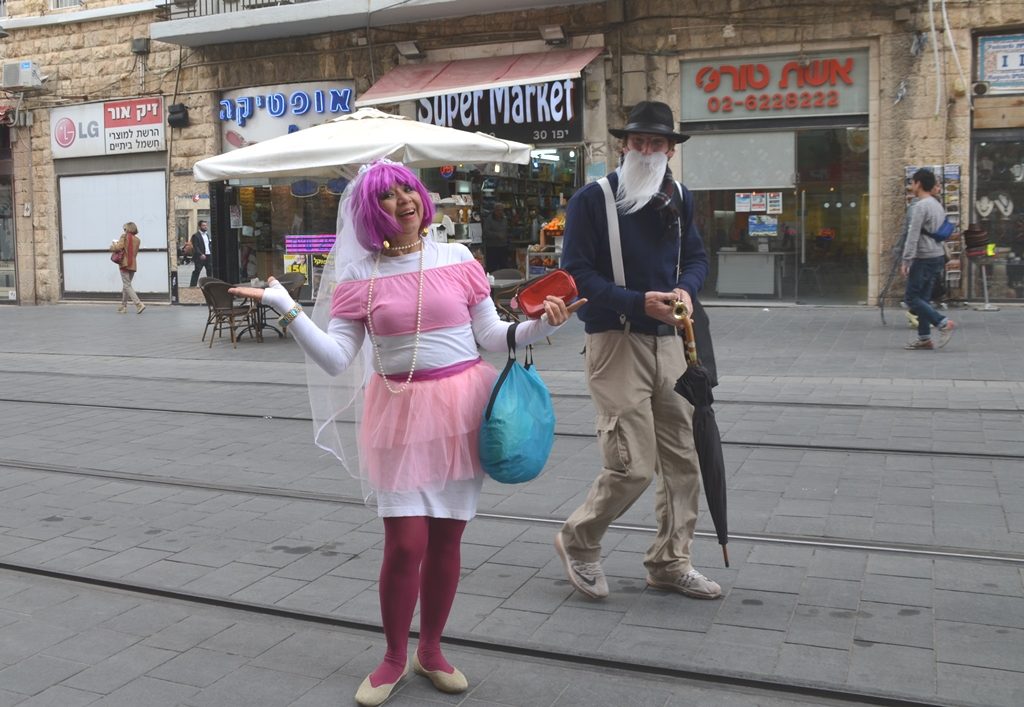 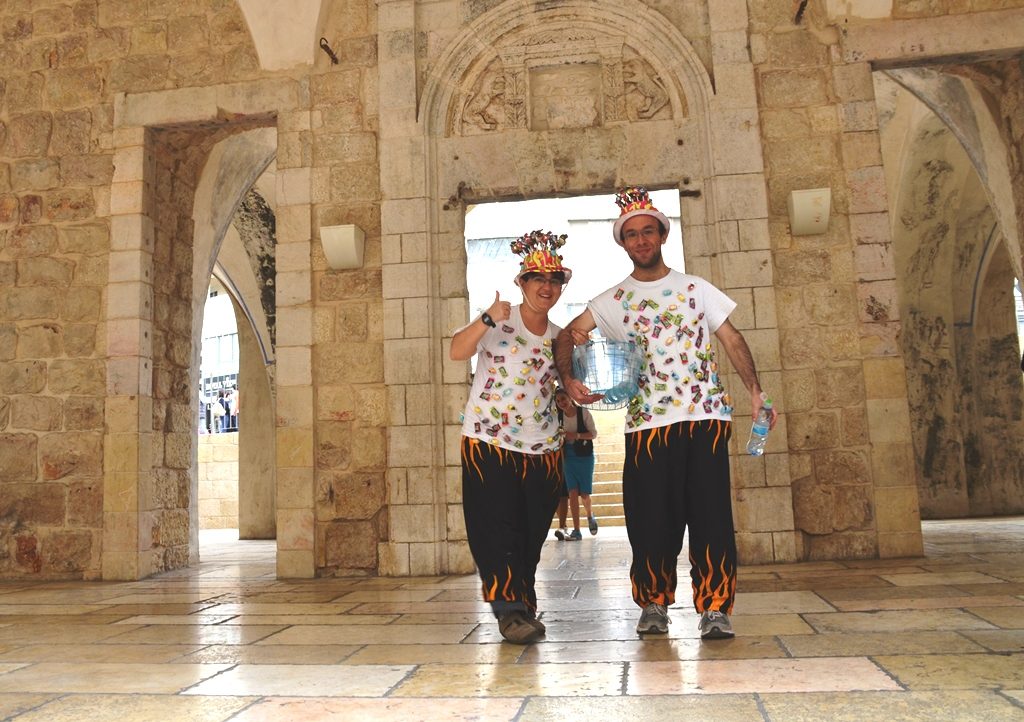 Little people in costumes were ready for activities, 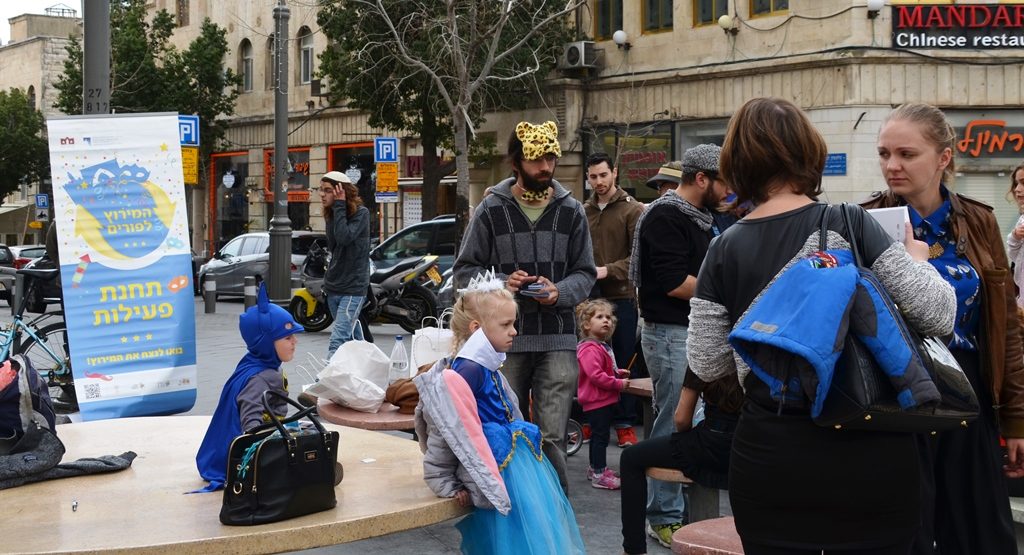 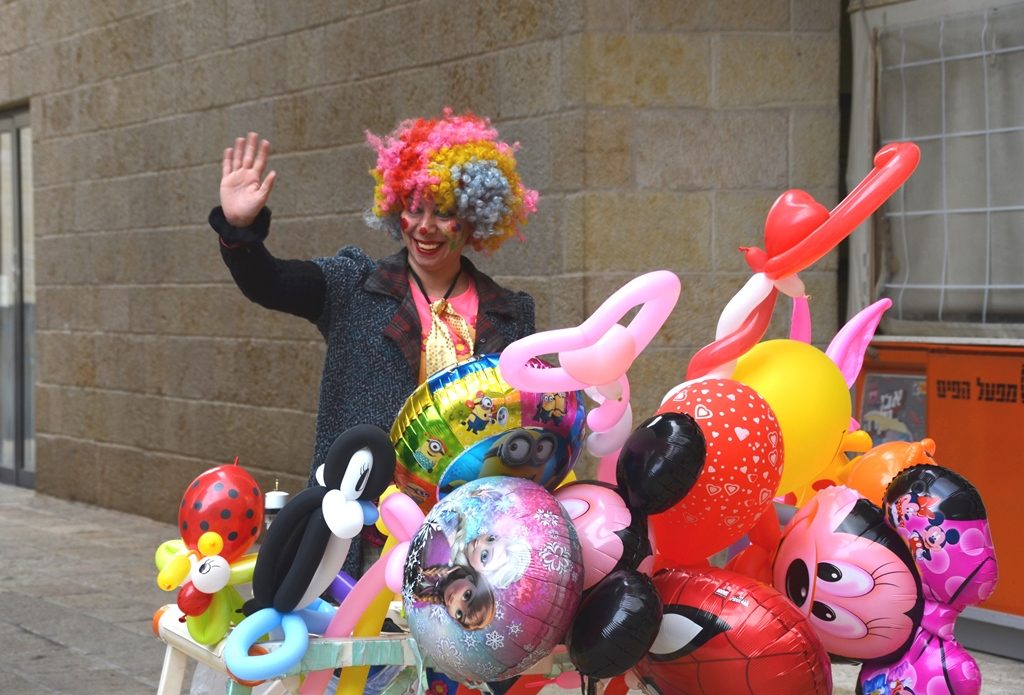 The Mamilla Mall balloon lady was in costume,

or was this her regular outfit?

and other shopping malls also held special activities for Purim.

Another Purim in Jerusalem favorite are 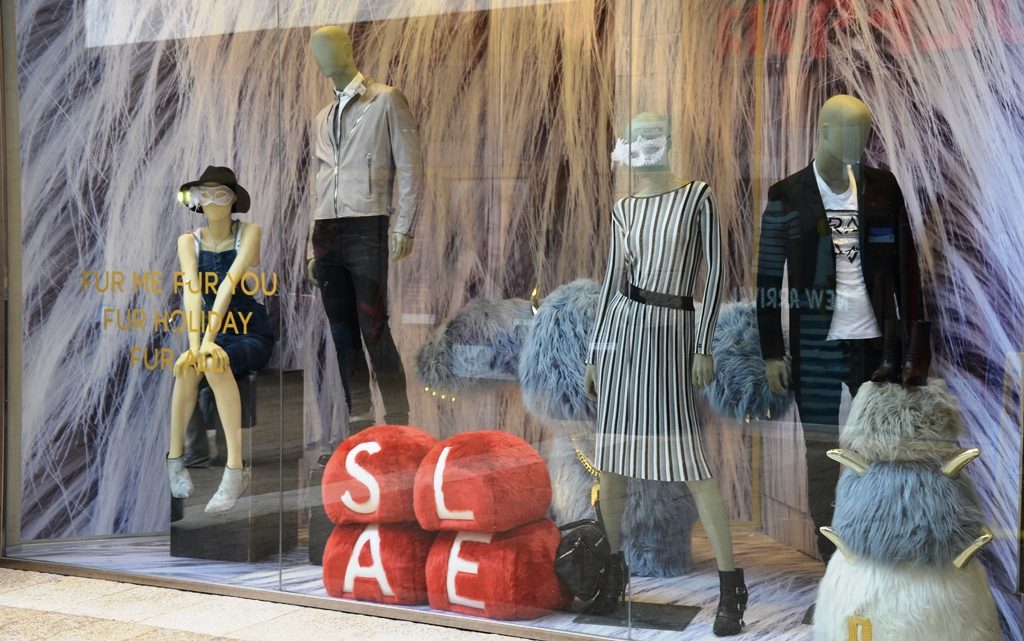 But there is more to Purim than dress up, 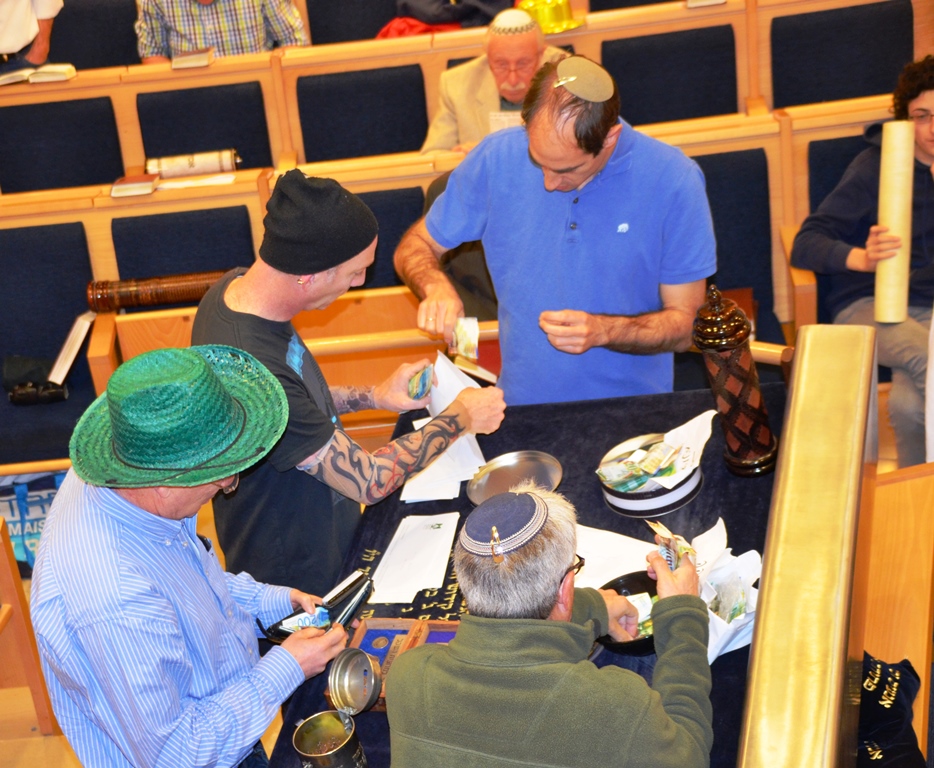 money is collected and delivered to the poor.

Costume or not costume at this synagogue? 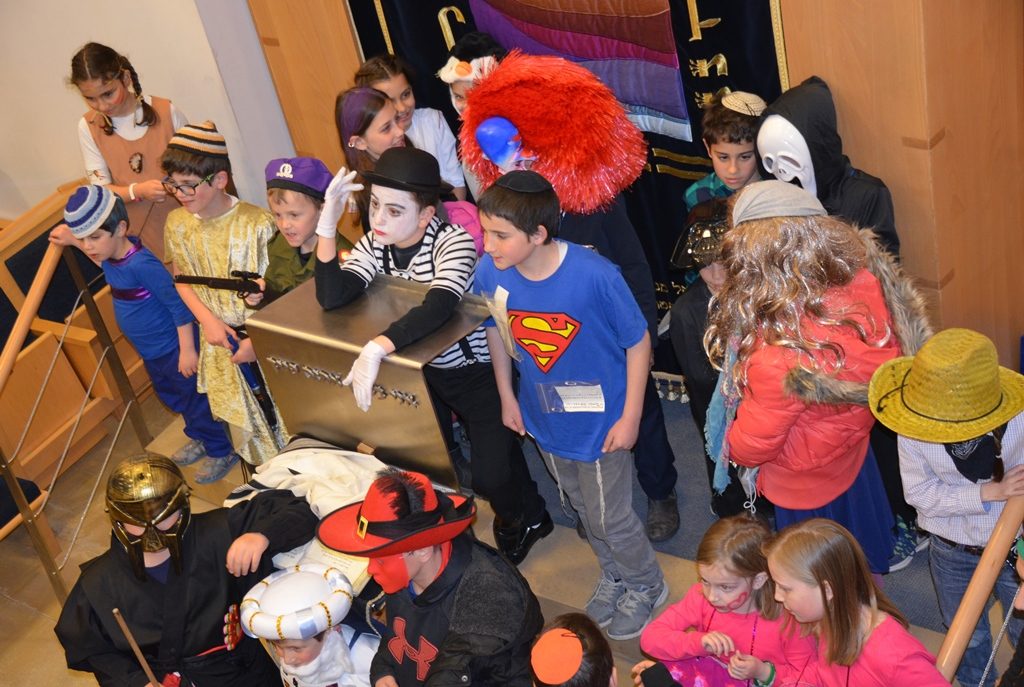 Children are part of Purim celebrations. 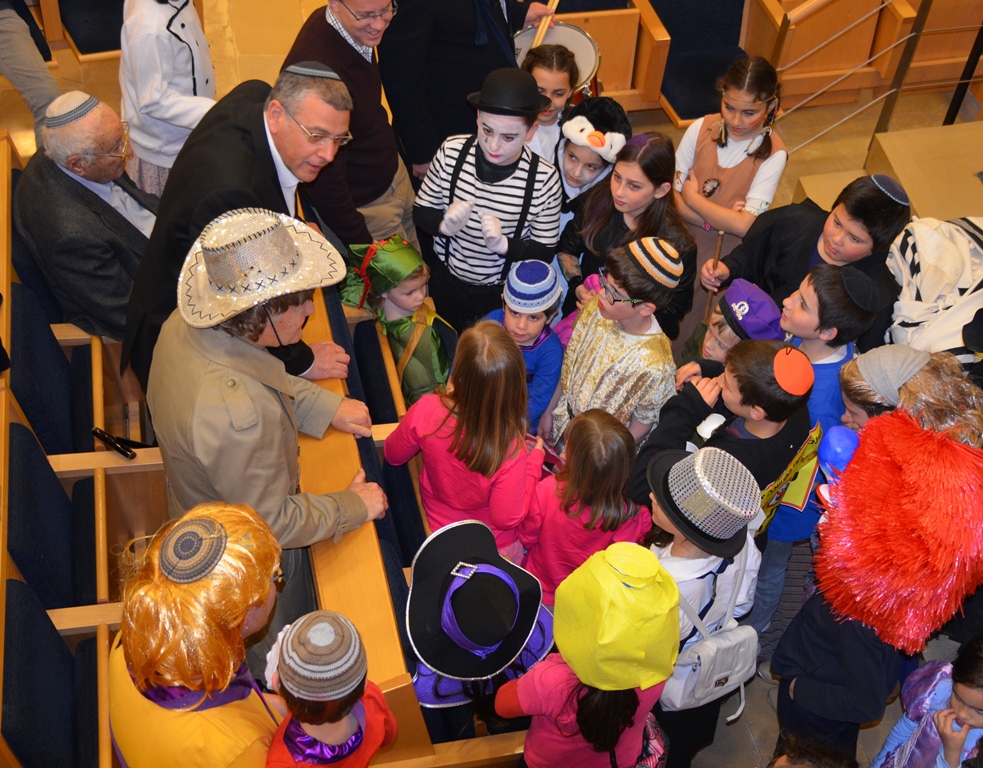 Now there here is a hard job, 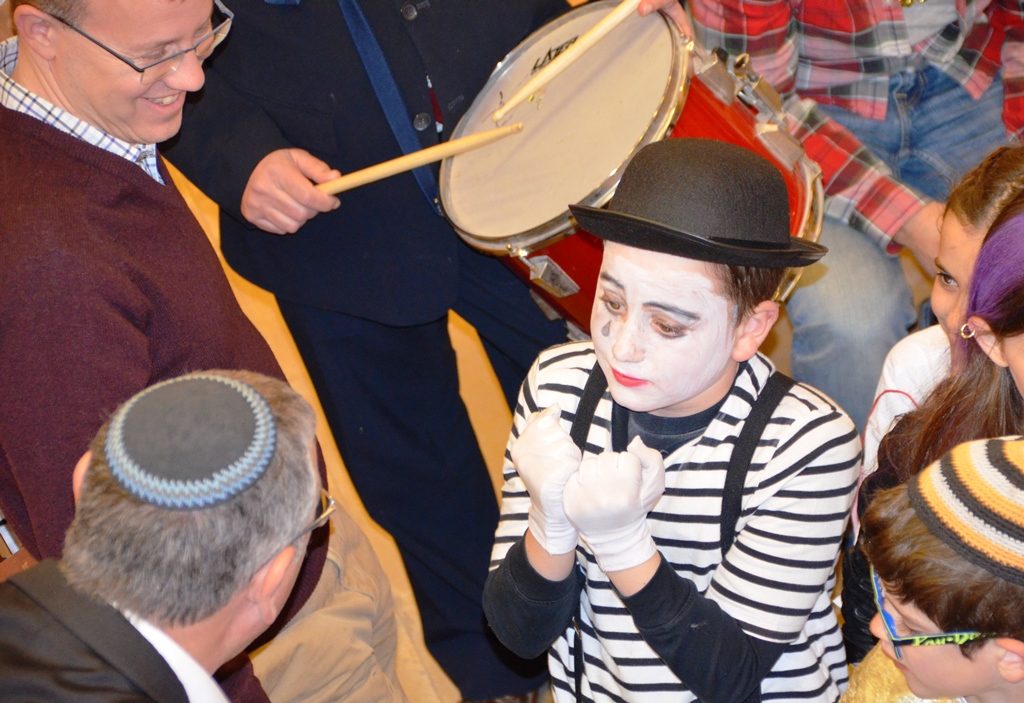 A few more of my favorites, 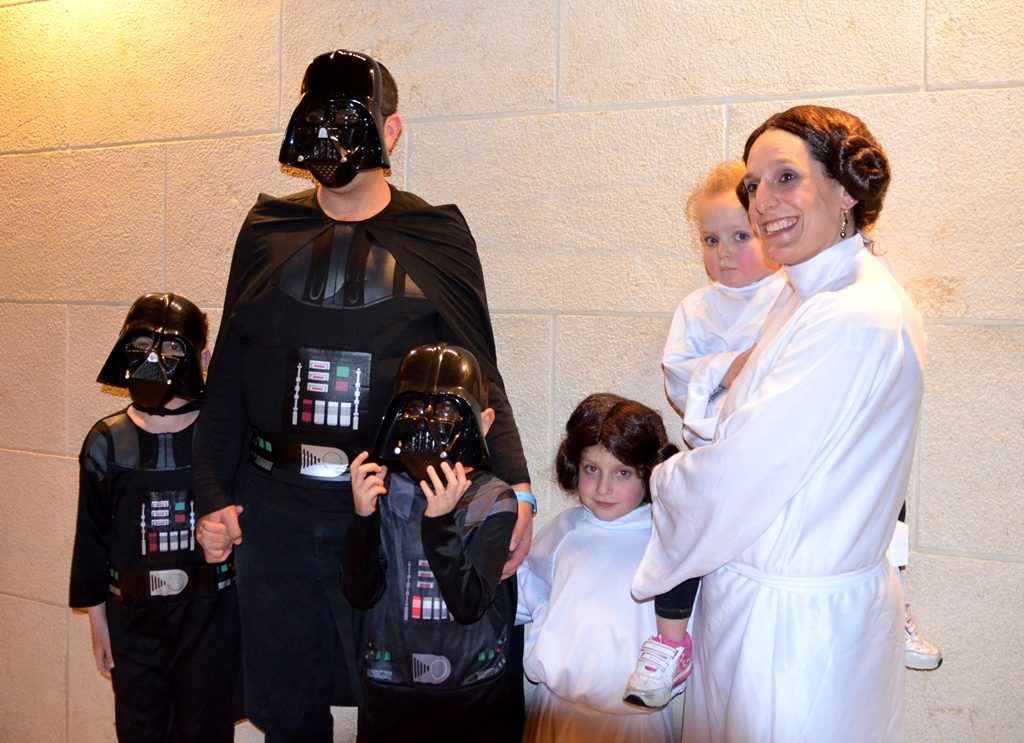 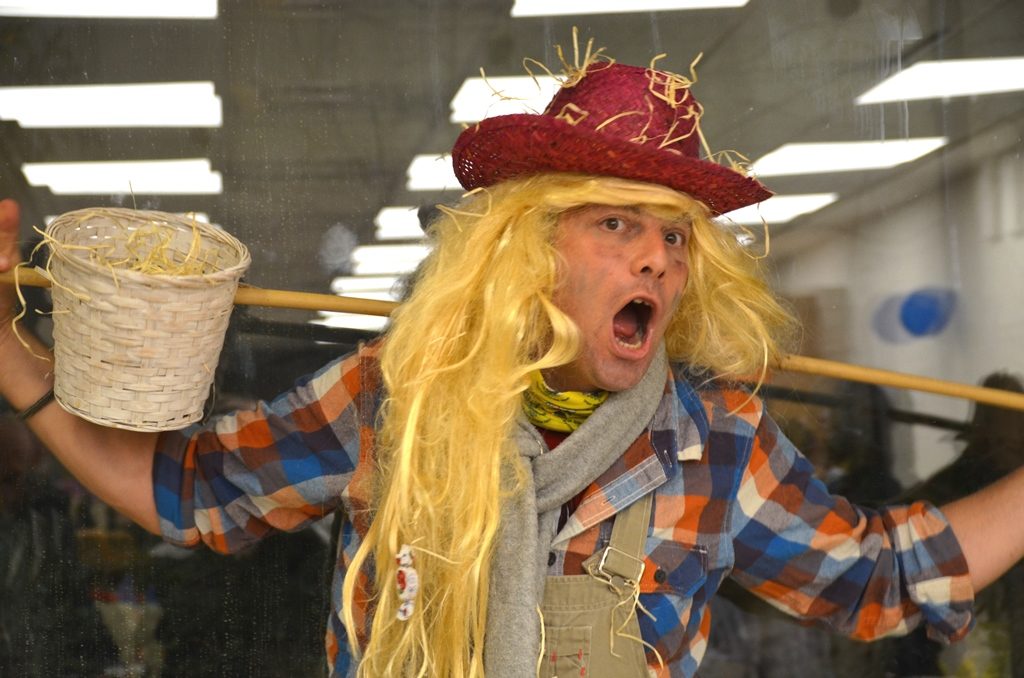 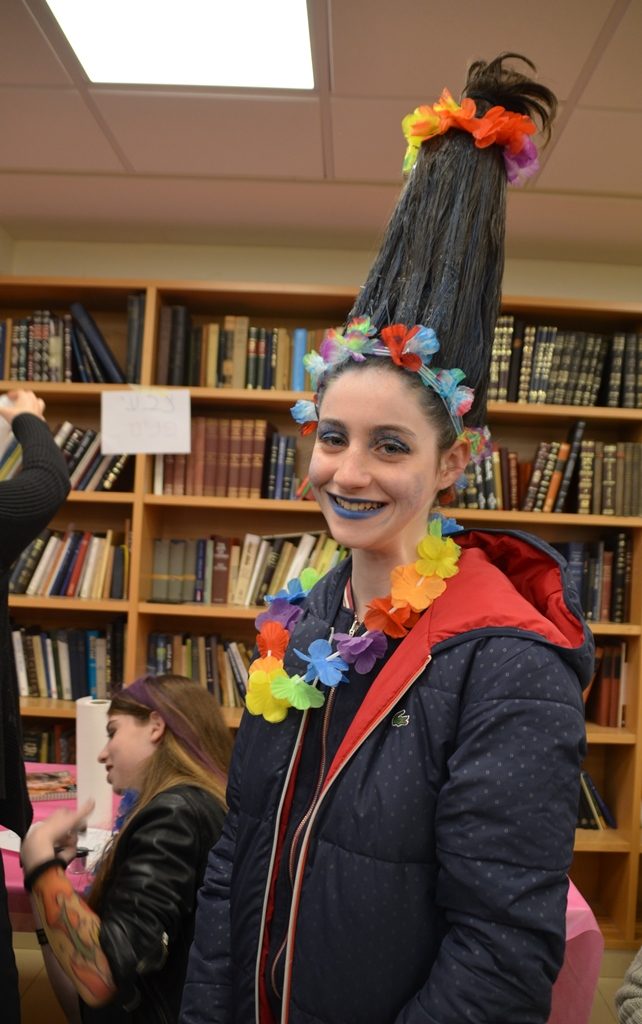 It is Purim hair, right? 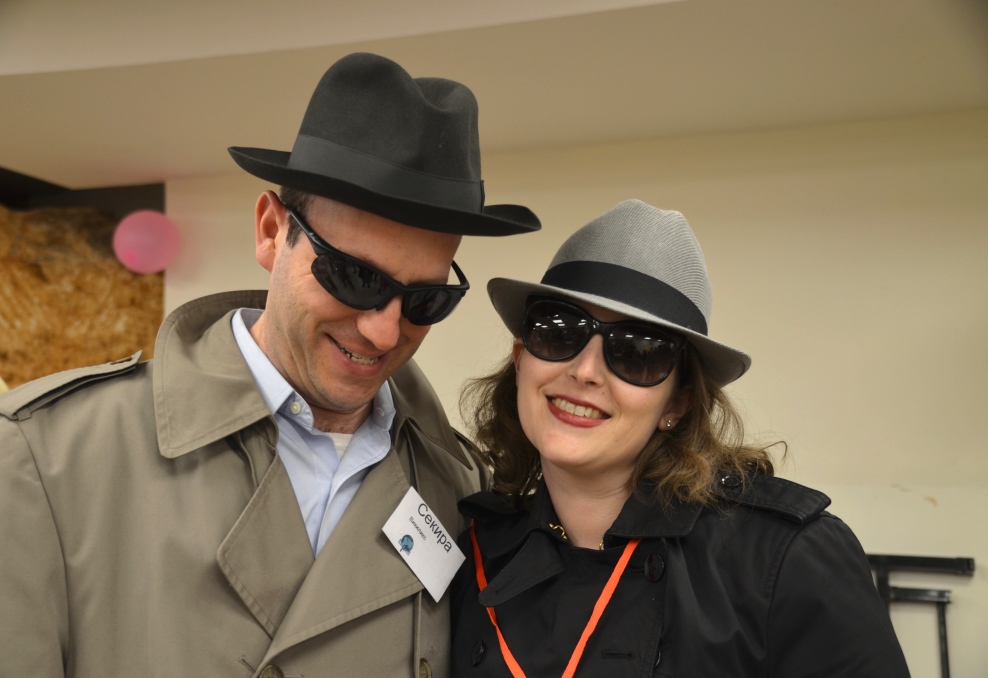 and after hearing the story of Esther in ancient Persia,

attended parties until the wee hours.

Monday, was Shushan Purim, the official day to 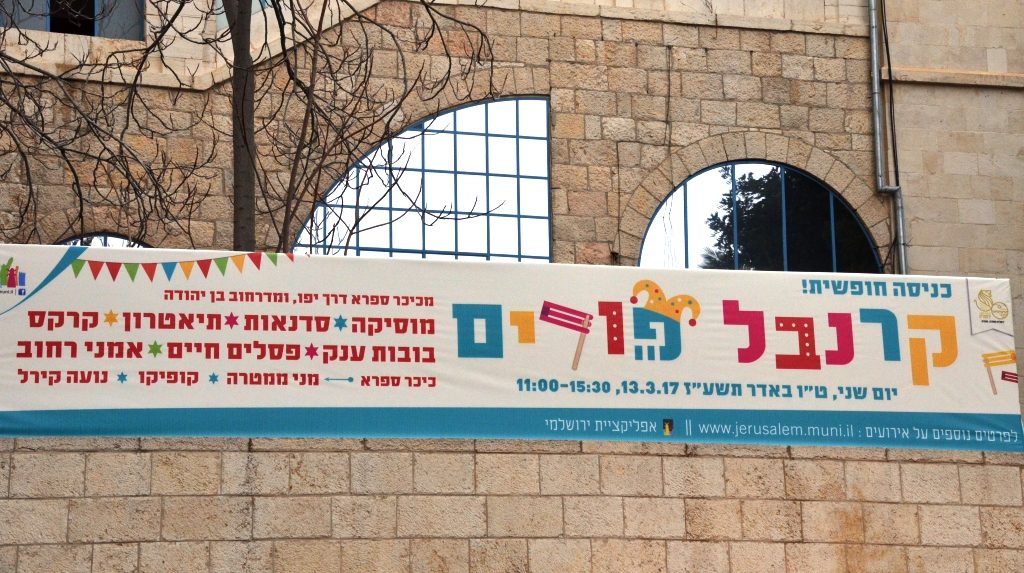 A large carnival was planned for Kikar Safra, 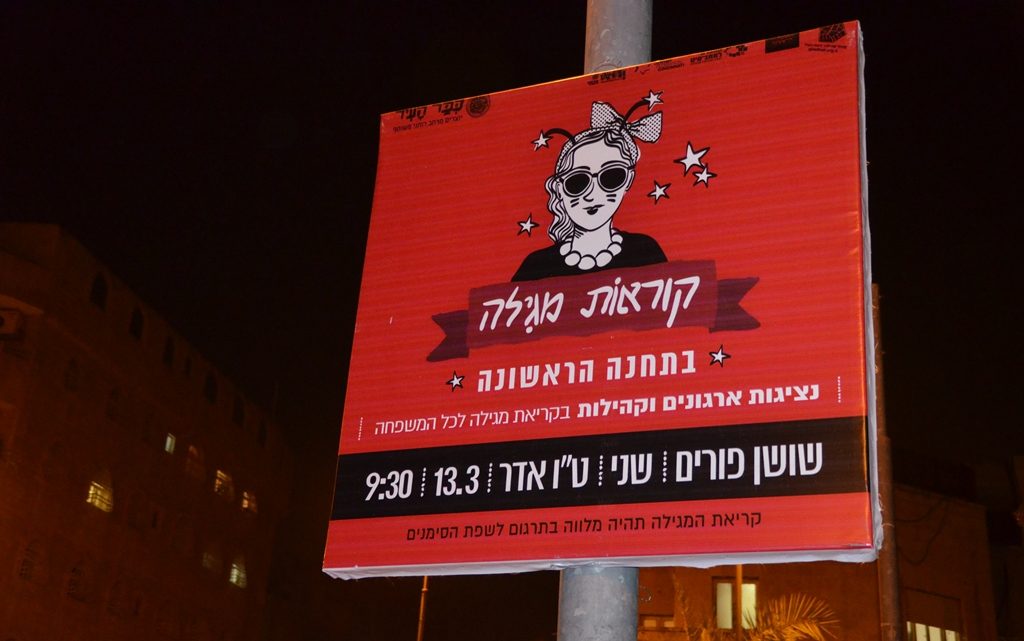 First Station was starting the day with a

Zazza on Azza again had megillah readings all day.

It rained on and off,

all day on Monday, Shushan Purim. 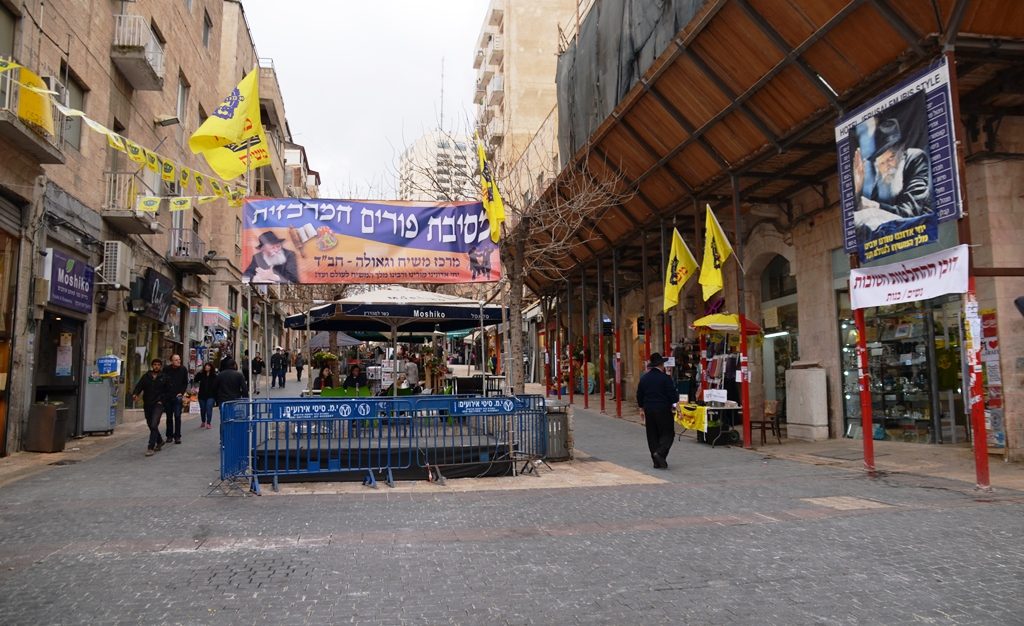 A large party was also planned on Ben Yehudah Mall.

The weather this year for Shushan Purim,

was cold and wet, weather for coats and boots.

I spent most of time trying to stay dry while delivering

mishloah manot, gifts of food, and going out to eat,

others also stayed away from usual outdoor celebrations.

Oh well, until next year, one last time, 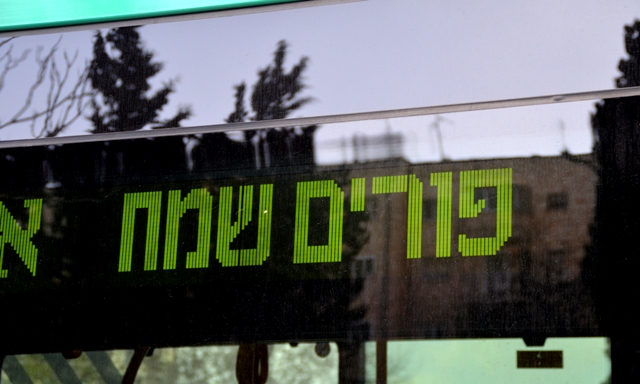