This was another autumn week

filled with Jerusalem festivals and events.

try and keep all those arts and music programs straight.

At night the temperatures go down

and the people come out from hiding – after the hot sunny days. 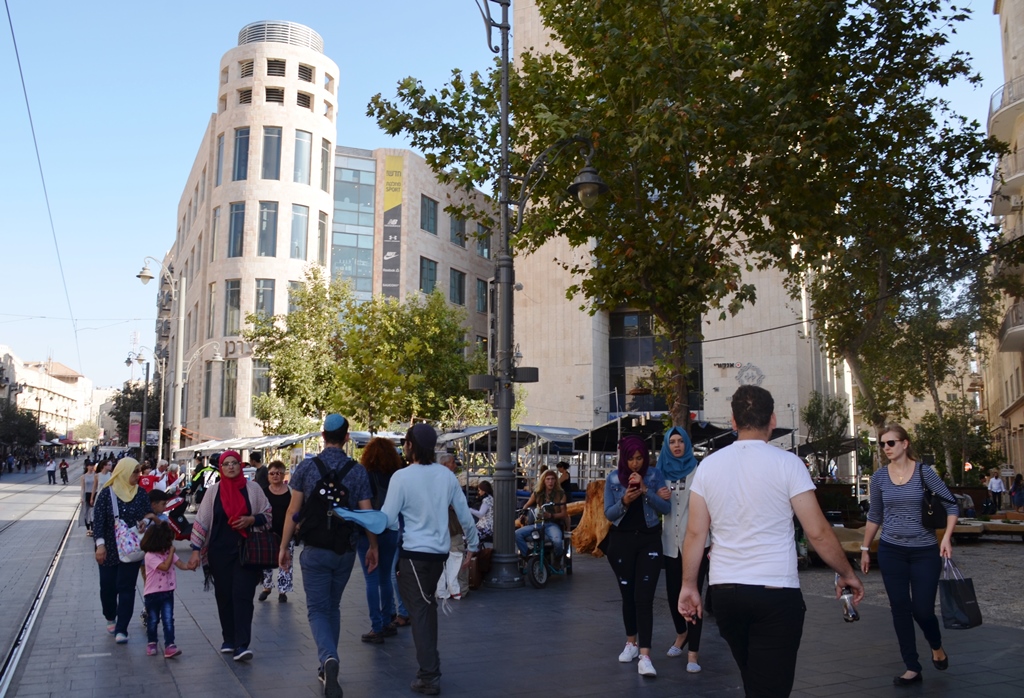 Near the light rail tracks and Zion Square,

and not in New York City, 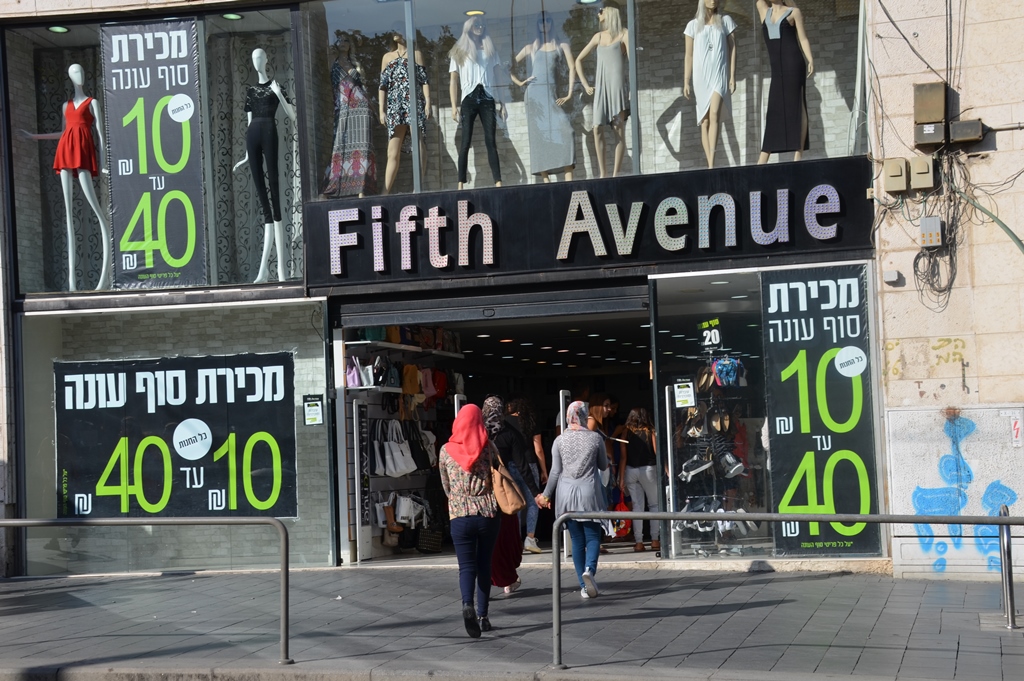 As part of a cultural festival 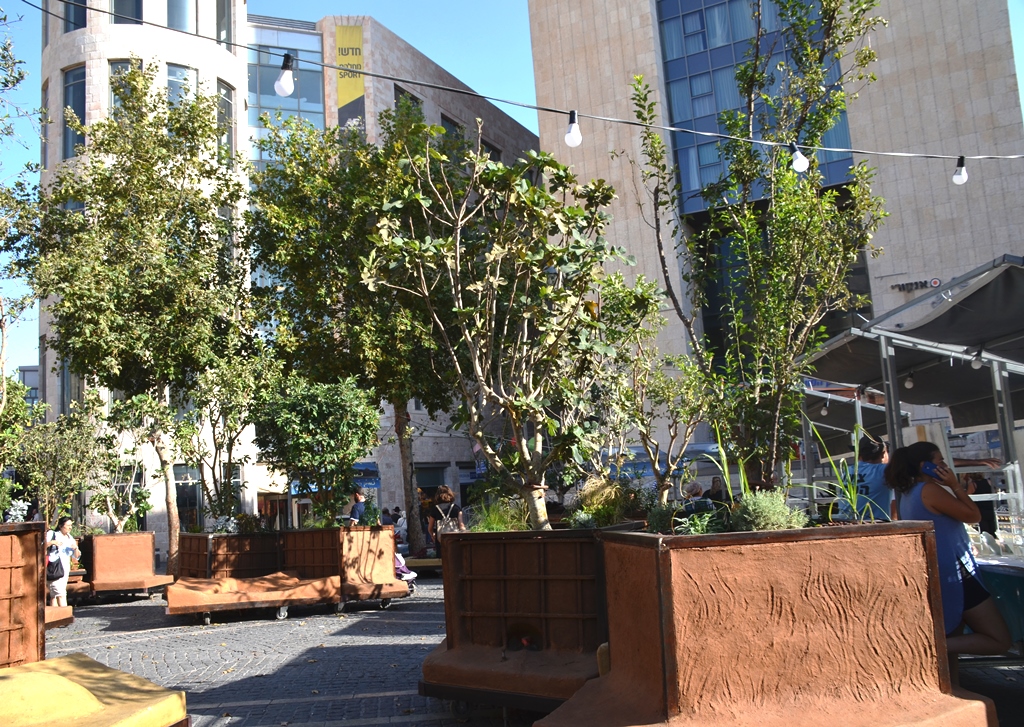 trees were brought in and placed around Zion Square.

I am not sure I like the new look, 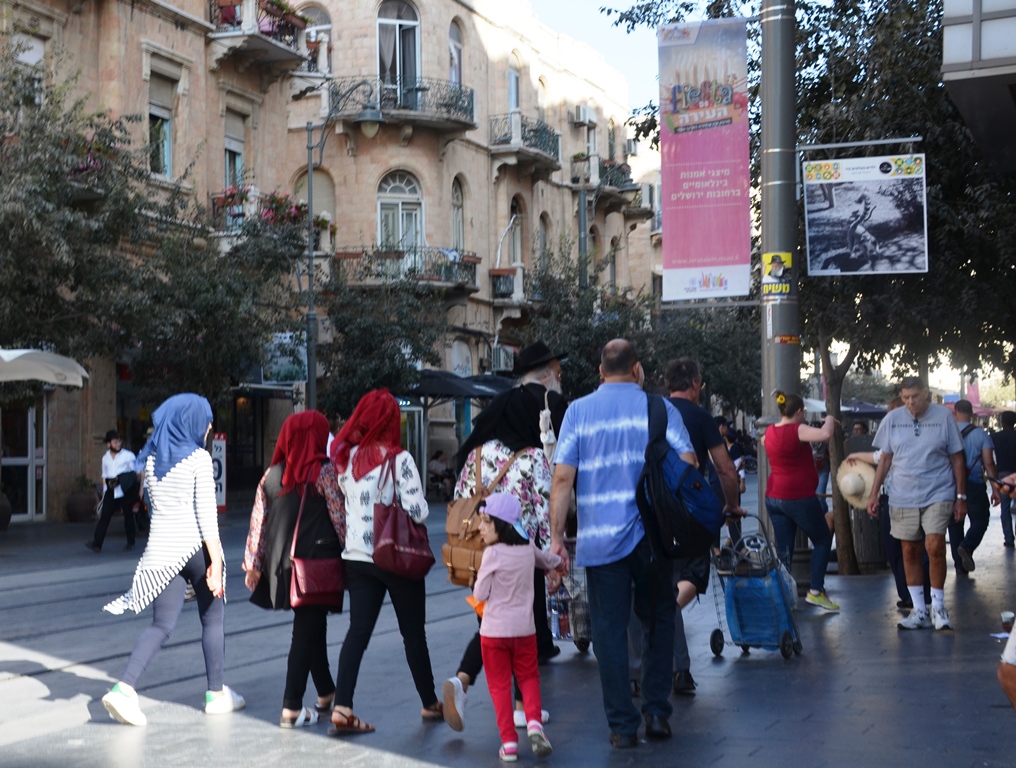 but loved seeing so many people out on the streets.

I was on my way to the Italian Festival.

The beautiful sanctuary of the Italian Synagogue, 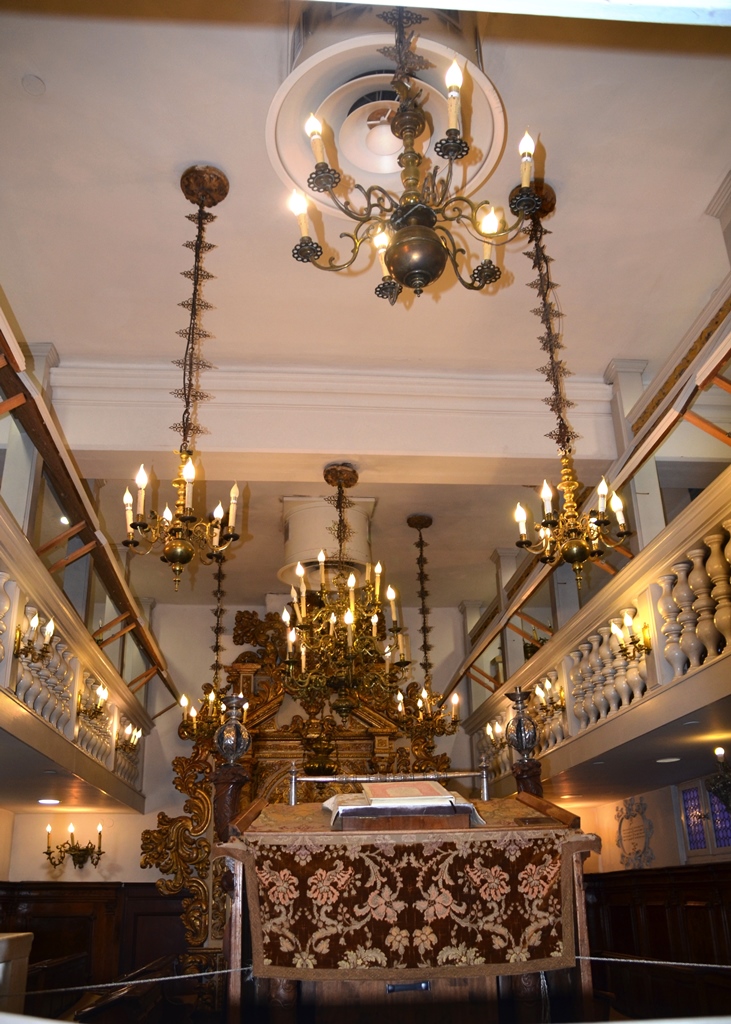 was open to the public.

The wooden benches may be authentic,

but they are not the most comfortable for long prayer services.

This was the annual festival 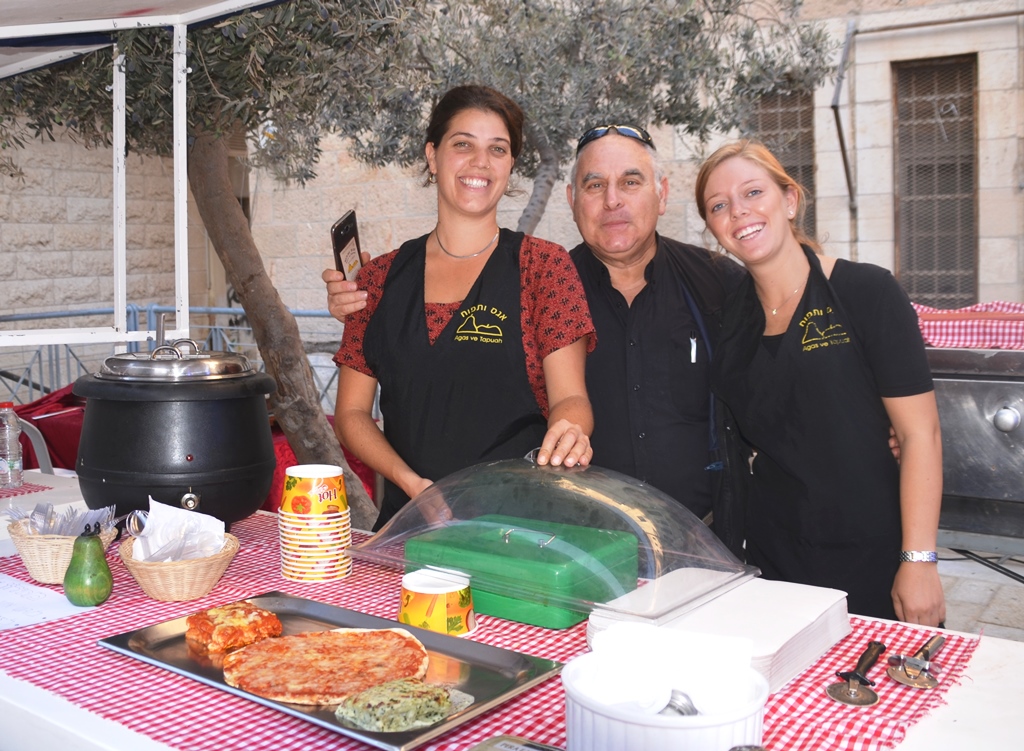 where pizza was available in the plaza 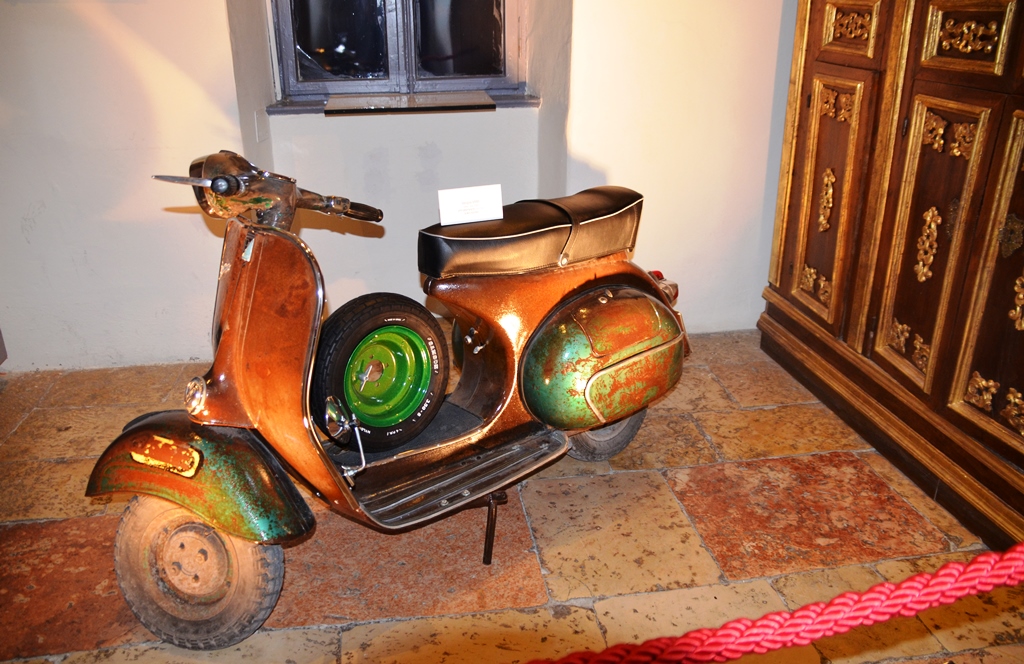 and old Vespas were on exhibit inside.

Italians were not the only ones featured this week. 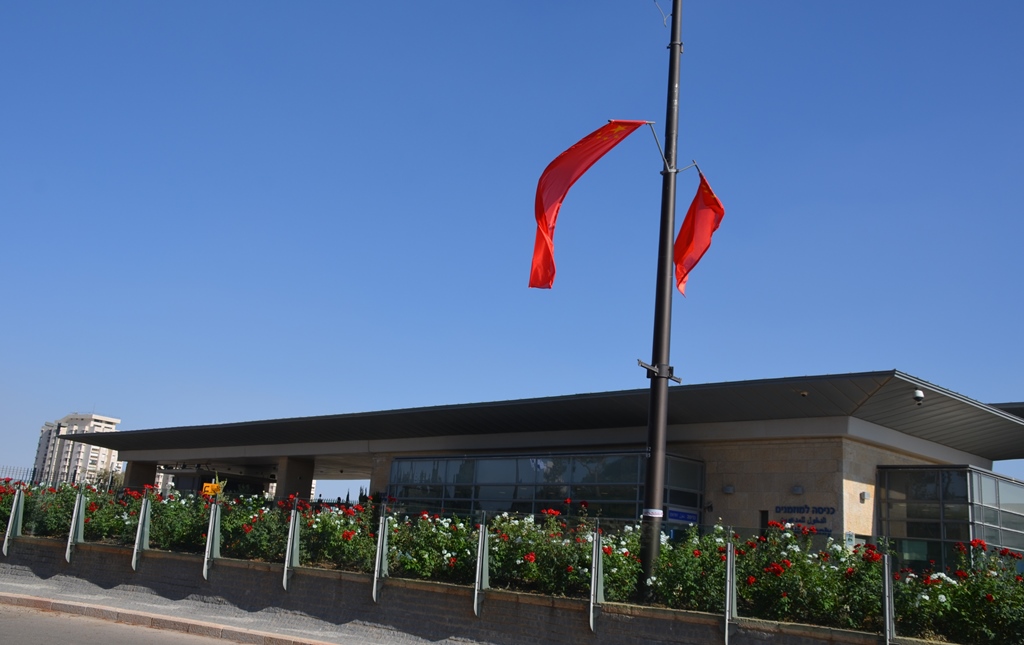 Chinese flags were flying over the Knesset

as government officials were in Jerusalem,

When it comes to tourists, 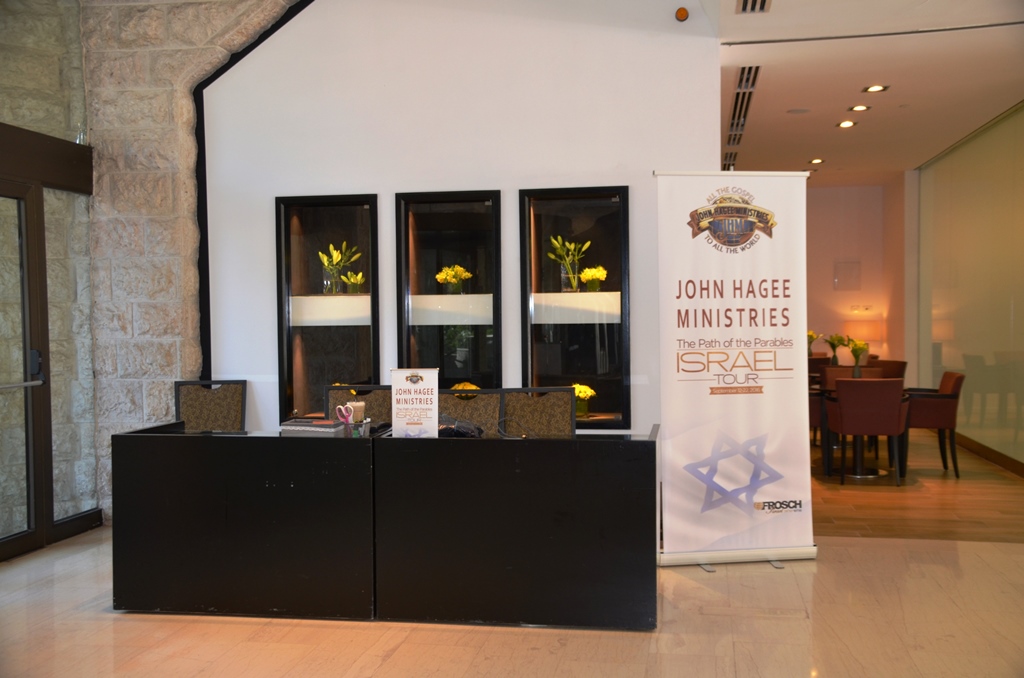 John Hagee is back, leading over 300 people,

his banner sat in the quiet lobby as they toured the Old City.

The celebration of 50th year of Jerusalem’s reunification

brought together the builders and funders of Jerusalem,

the families who support the Jerusalem Foundation,

Their major projects are too many too mention now. 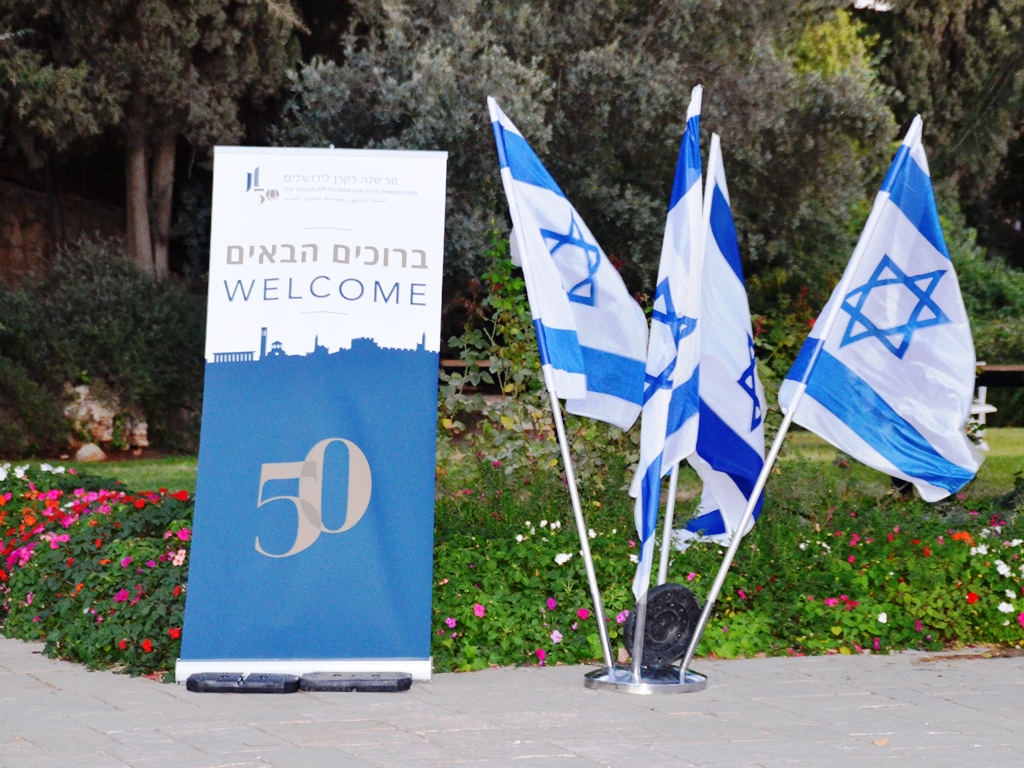 This large sign and Israeli flags greeted them at Beit Hanasi,

Celebrations will happen throughout the year,

as Hebrew year 5777 begins next week.

Also at Beit Hanasi this week. 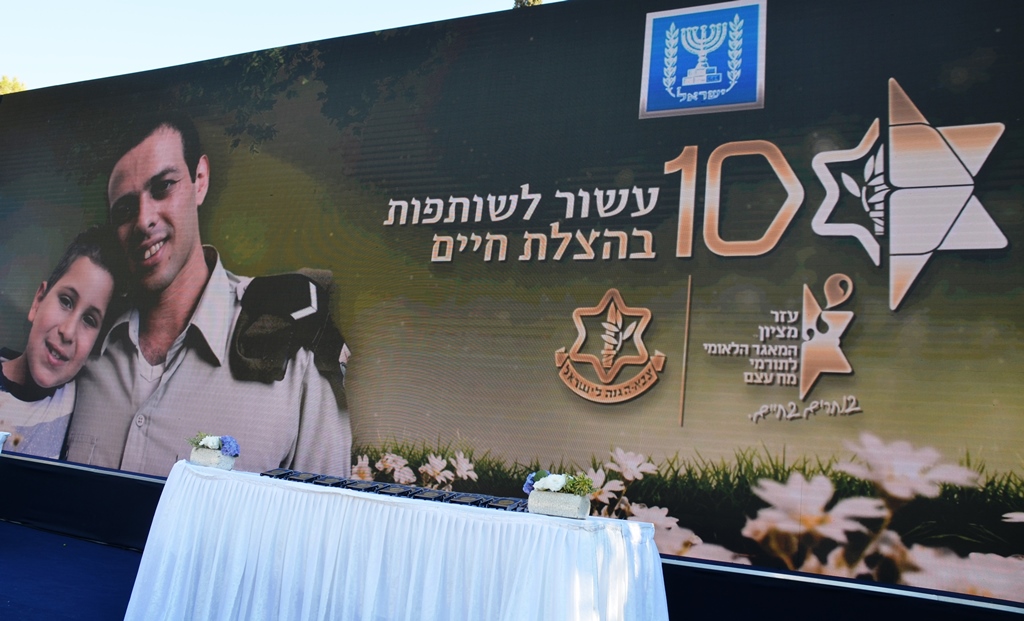 who were bone marrow donors

by grateful recipients and their families.

and their bone marrow donations have saved 1,100 lives. 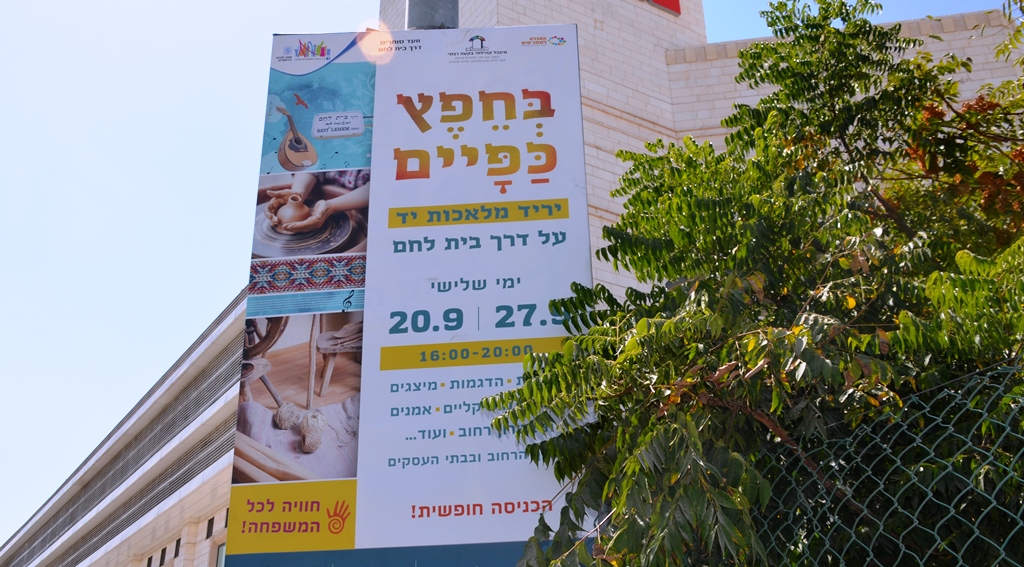 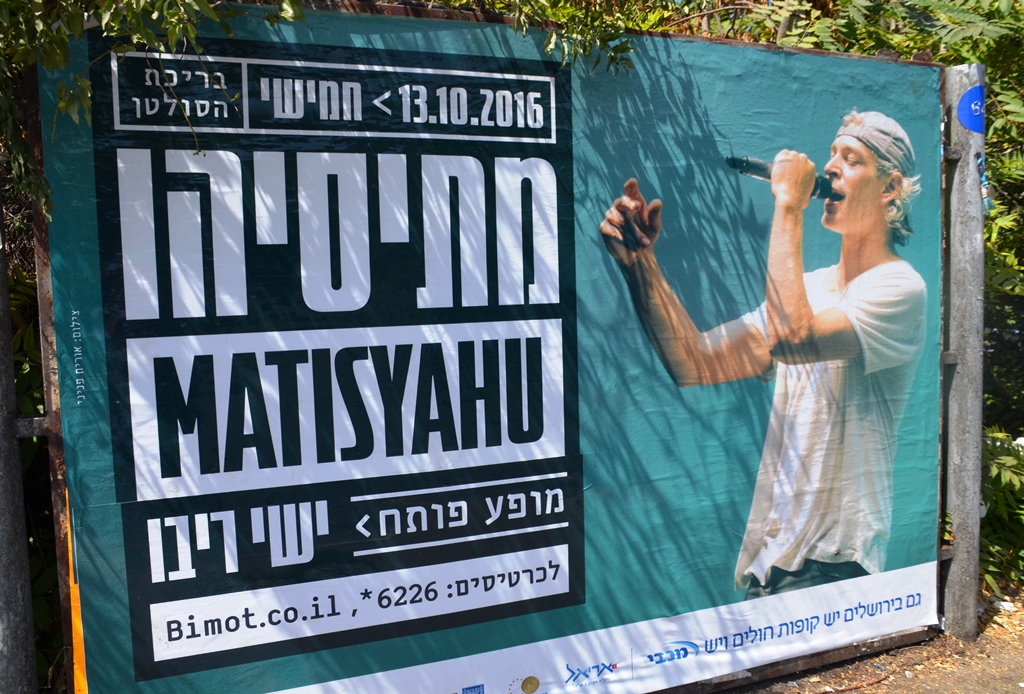 is coming back for a Sultan Pool concert in October,

new signs have been posted all around Jerusalem.

Not all are in Hebrew- 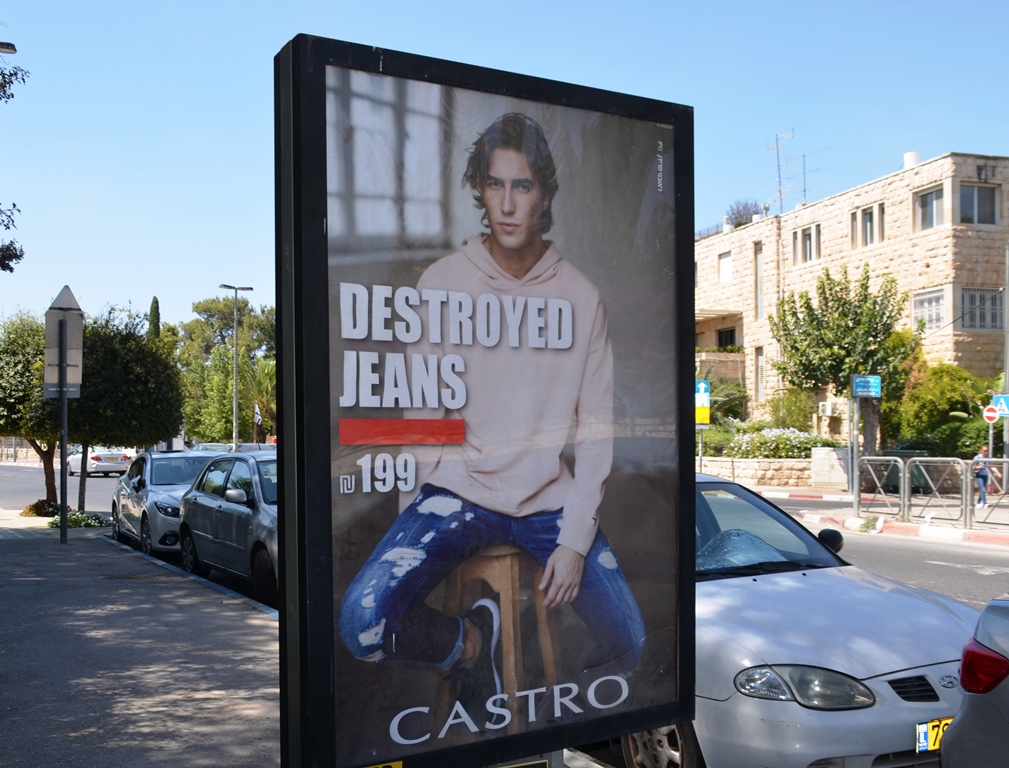 sometimes the ones in English get the most attention.

Would you pay 200 shekels for destroyed jeans?

Hundreds of signs were posted for the 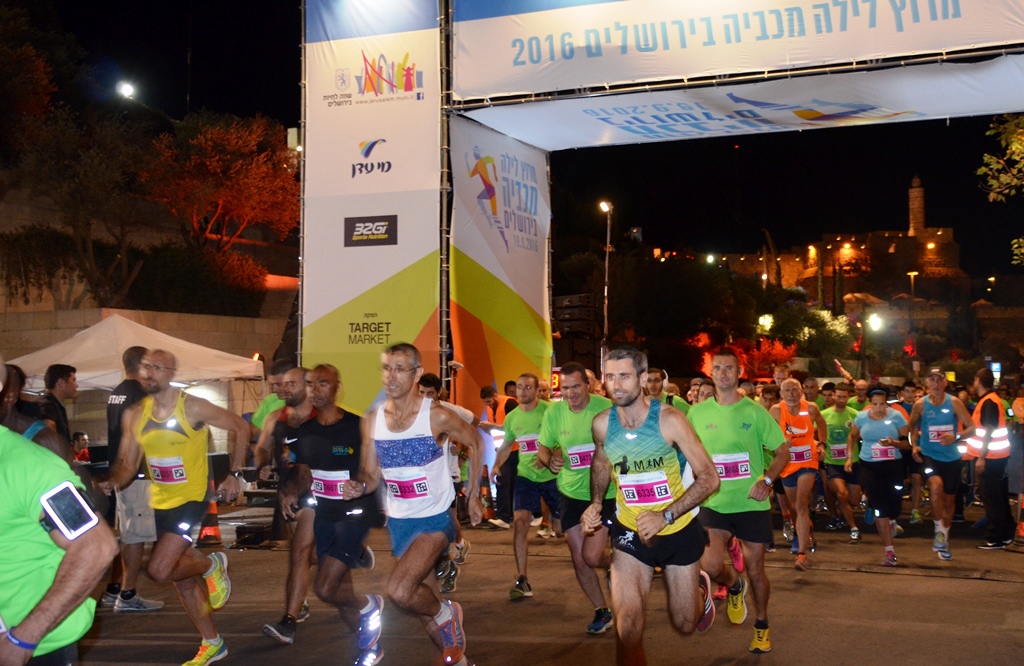 5000 runners who filled the Jerusalem streets

signs are posted for the annual basketball shooting derby 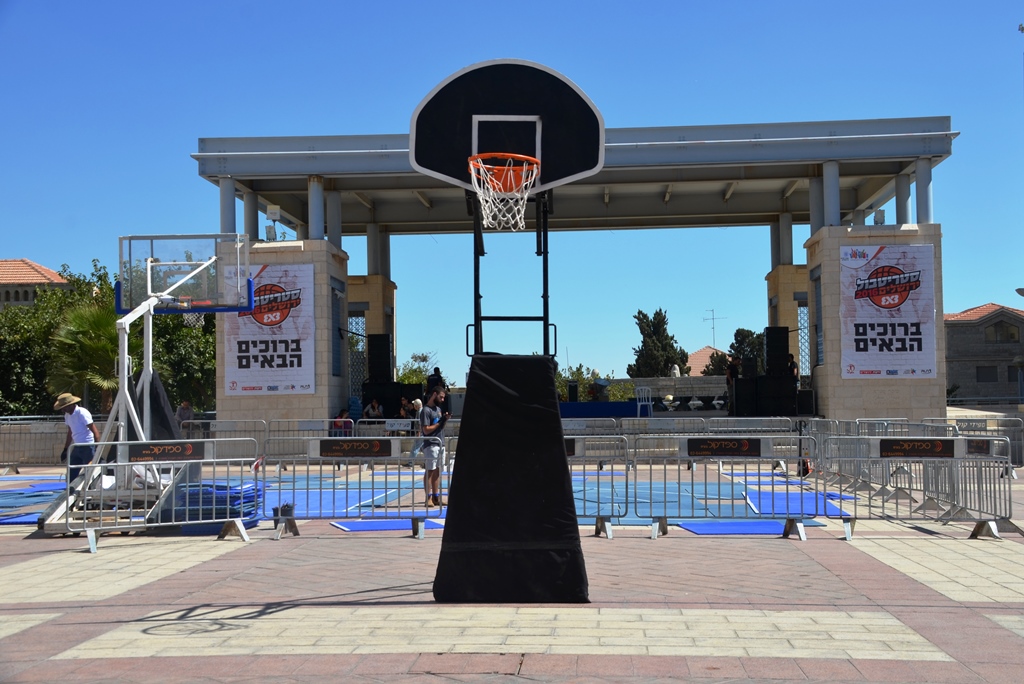 But until the balls start flying through the air, 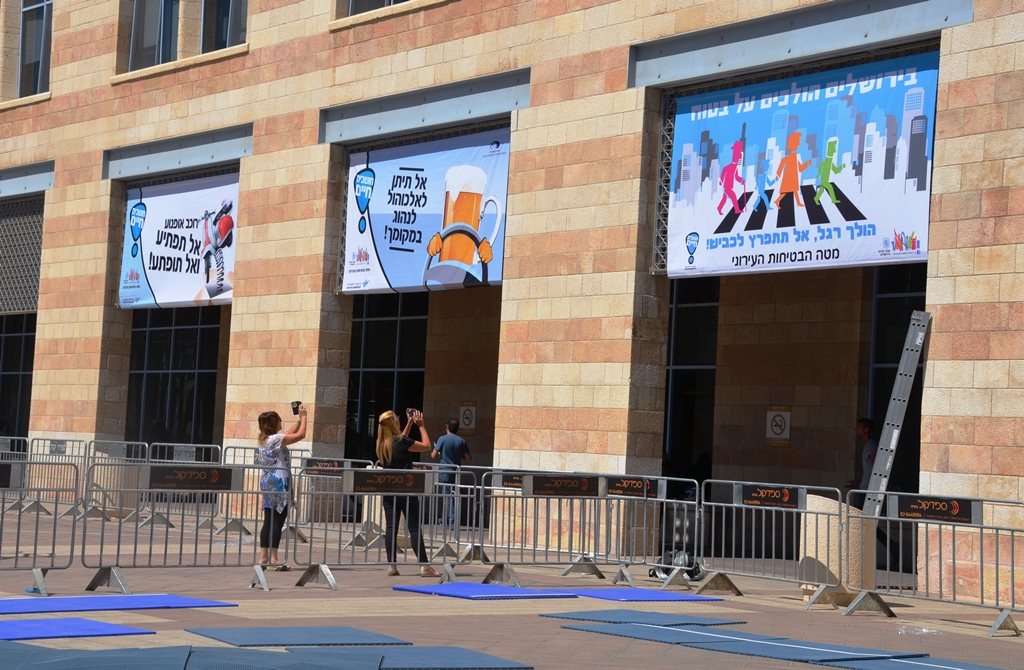 these safety signs were getting more attention.

A Picasso exhibit is on at the Israel Museum, 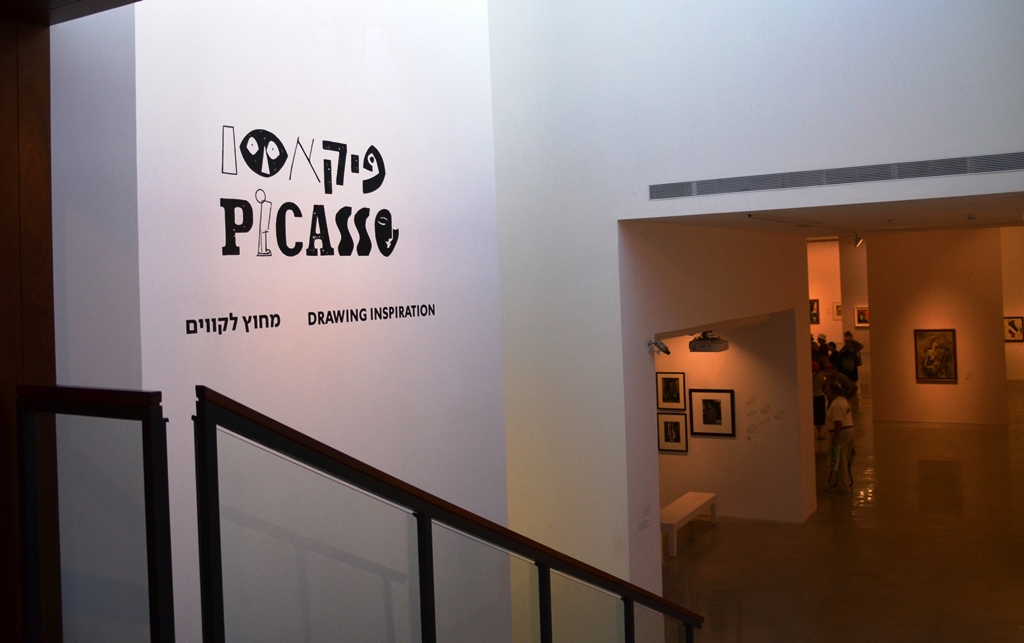 and the rooms filled with hundreds of the artist’s works.

Outside. Inside. Large. Small.

Our local Pillbox is to be a star

at the Houses Within annual event. 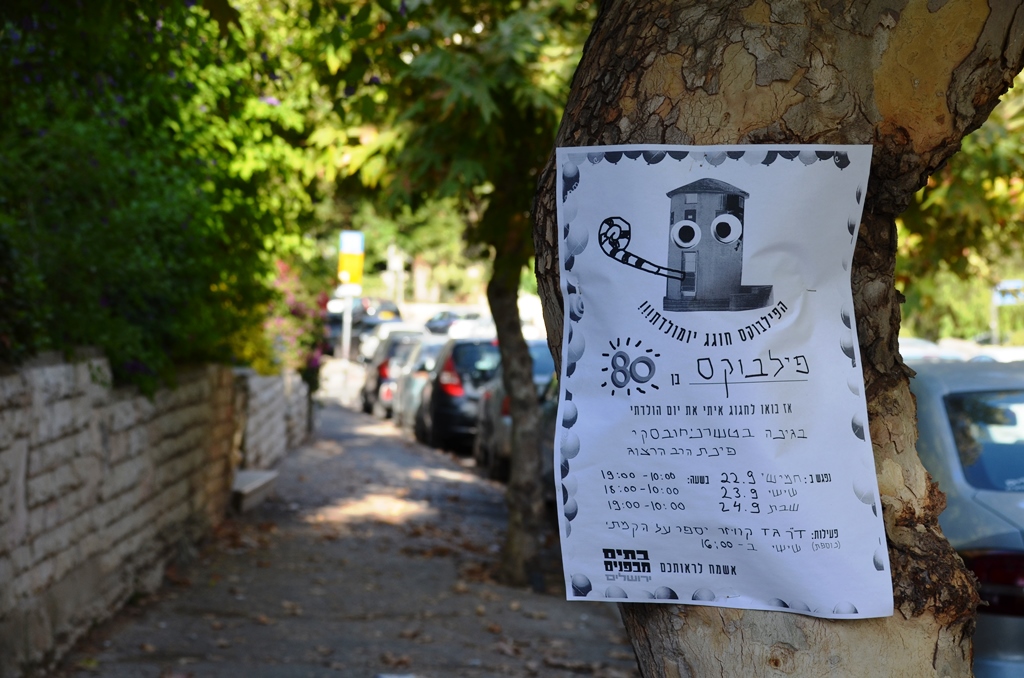 offers just one of dozens of options over 3 days.

It’s a great opportunity to see private homes and other buildings,

otherwise closed to the public.

just a few signs of what is happening

in Jerusalem this week.

Now you have seen these signs,

to see more of next time and in future.

One thought on “12 Signs this Week in Jerusalem”