Millions of people visit nature sites in Israel over Passover. 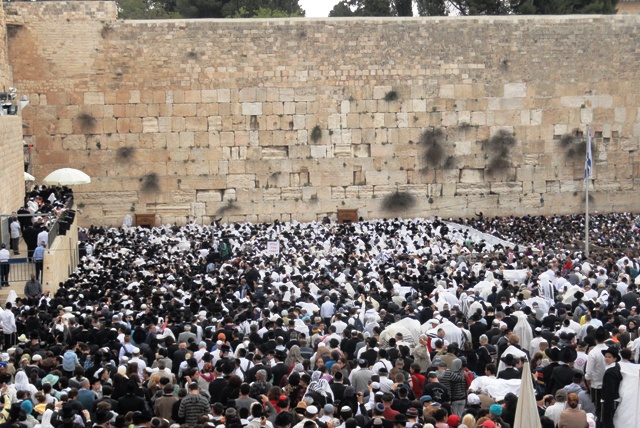 prayer service at the Kotel, the Western Wall, each year. 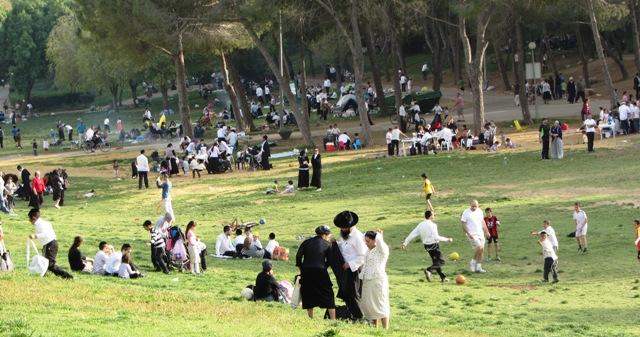 I want to share with you a special event

in Jerusalem at Aleh, a very special home and school 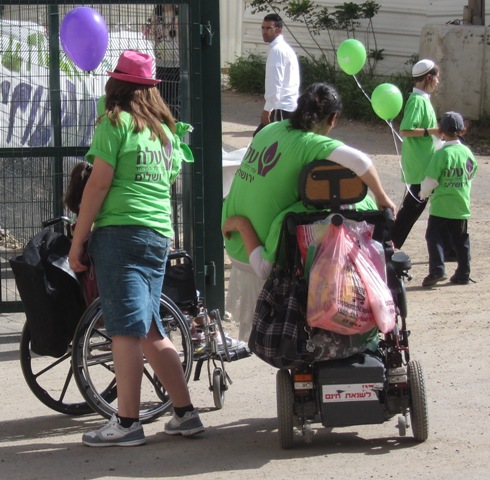 for children with special educational needs.

The weather was perfect 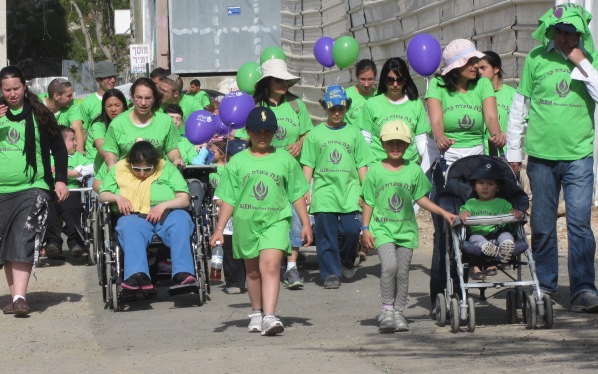 for the annual Aleh Jerusalem March as it left the school grounds. 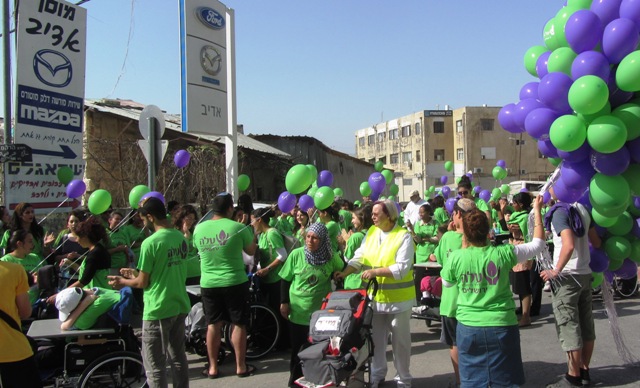 Participating were many of the dedicated staff members and their families,

(full disclosure, my daughter-in-law is a teacher at Aleh

and we are very proud of her work) 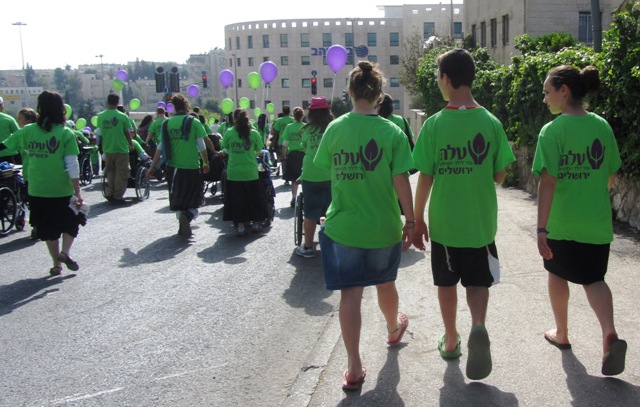 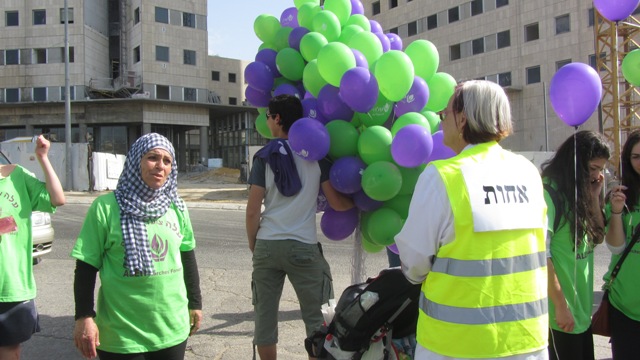 along with lots of balloons and a nurse on duty. 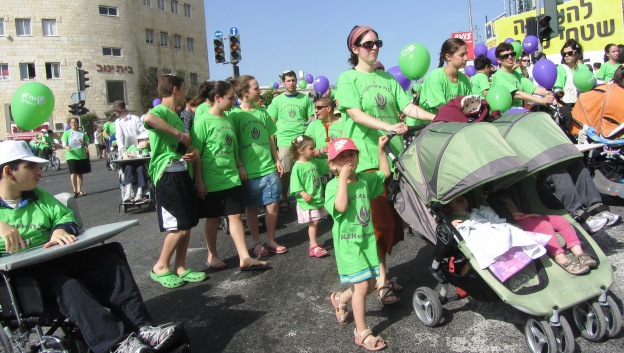 Streets were closed to traffic as the Aleh Jerusalem March moved 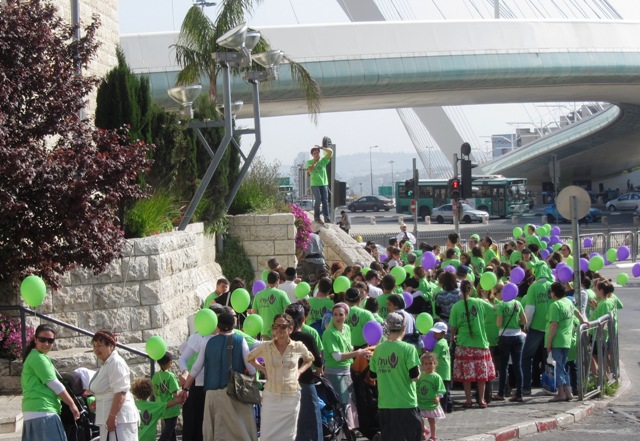 toward the new Gesher HaMeitarim, the Chord or String Bridge. 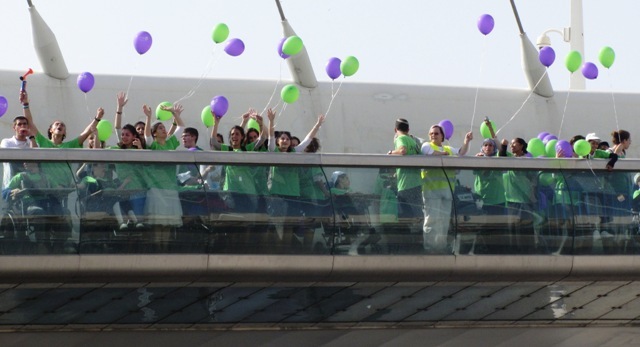 After waiting for everyone to arrive on the bridge, 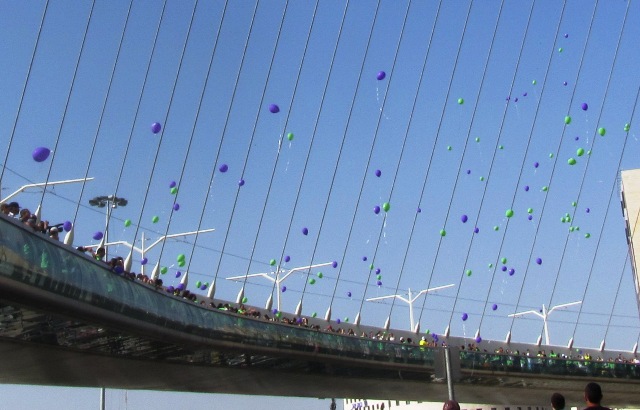 hundreds of balloons were released over the city of Jerusalem. 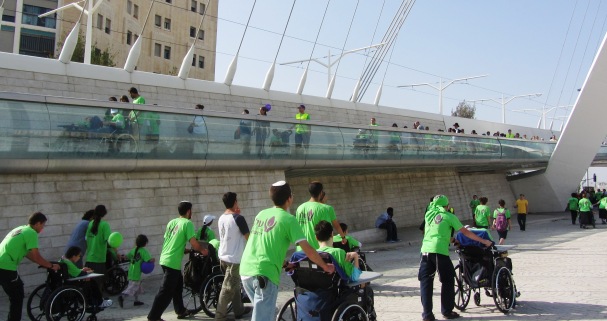 Then everyone crossed the bridge

and the celebration continued with live music and dancing.

In a country where on chol hamoed traffic is heavy and people creep along,

this crowd was really moving. 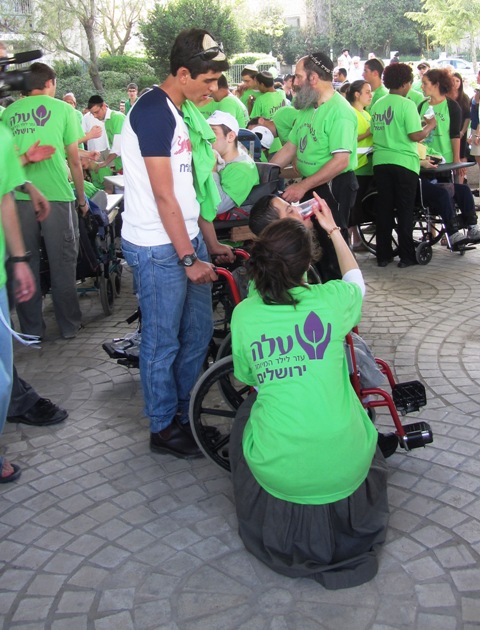 I can share a few scenes of the tremendous care, 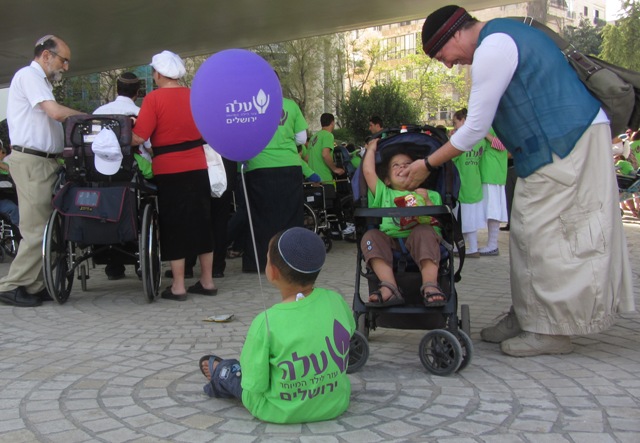 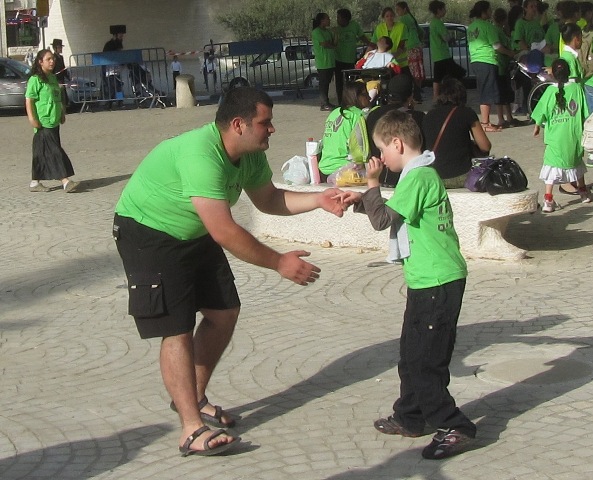 and attention given to the students who participated, 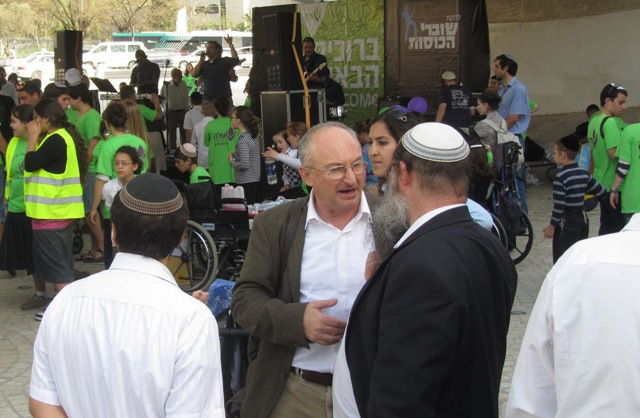 This was an event short on publicity and politicians, 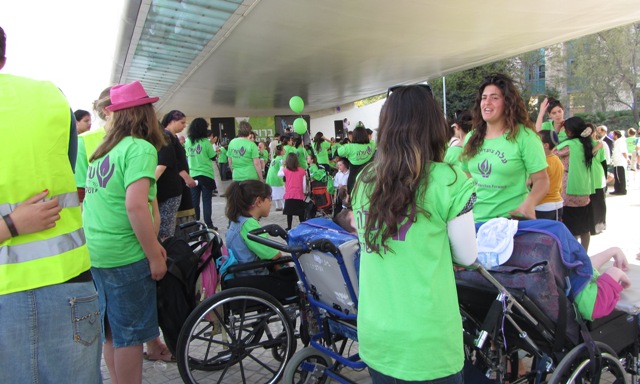 But it was big on love and full of holiday spirit.

If you found an Aleh balloon…I would love to hear how far they flew.

Many more photos on The Real Jerusalem Streets Facebook page .

Jerusalem sweltered on Monday, as people were moving slowly,

suffering from the second day of a heat wave.

But the crowds outside Binyanei Ha’ooma, the Jerusalem Convention Center,

did not seem to notice.

brought together children, teachers, and parents from all parts of the city.

The week-long event was open to the public, yet security was very light,

and there was a relaxed atmosphere.

Perhaps those participating in the many musical performances

Inside, excitement and energy filled the cool, vast complex.

throughout the day with their projects.

were varied and colorful.

Sign language and all forms of informal education were featured.

Computers and audiovisual displays were prominent

The Convention Center was divided into many sections,

with each containing a different school level.

A dummy calling for world kindness

and understanding was on his way out.

“break through” walls of separation.

It was one of the week-long 43rd Jerusalem Day

events whose effect should stay with us all the time.