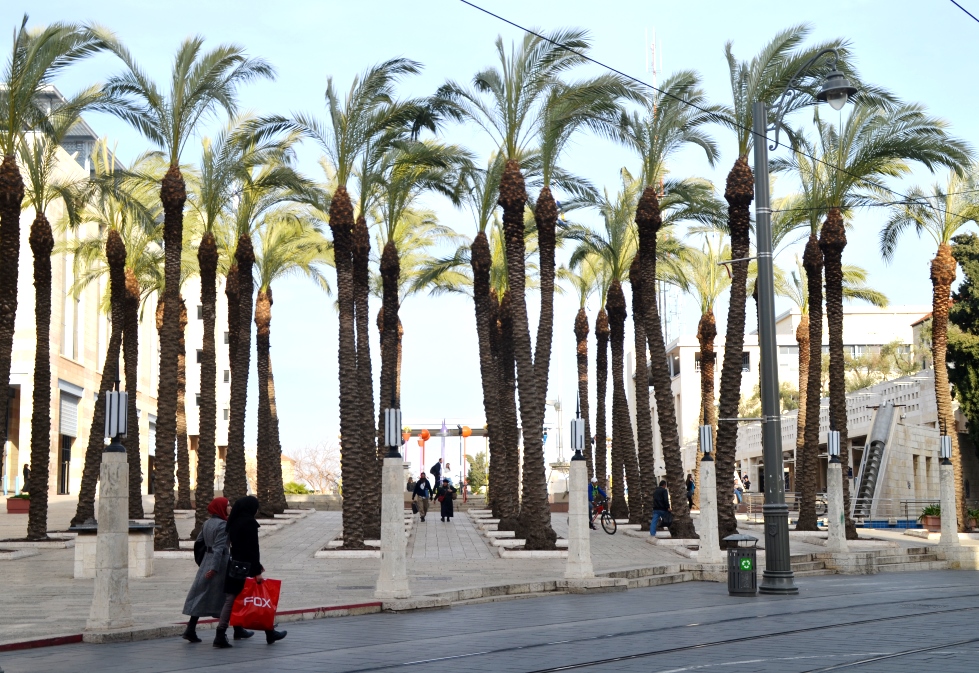 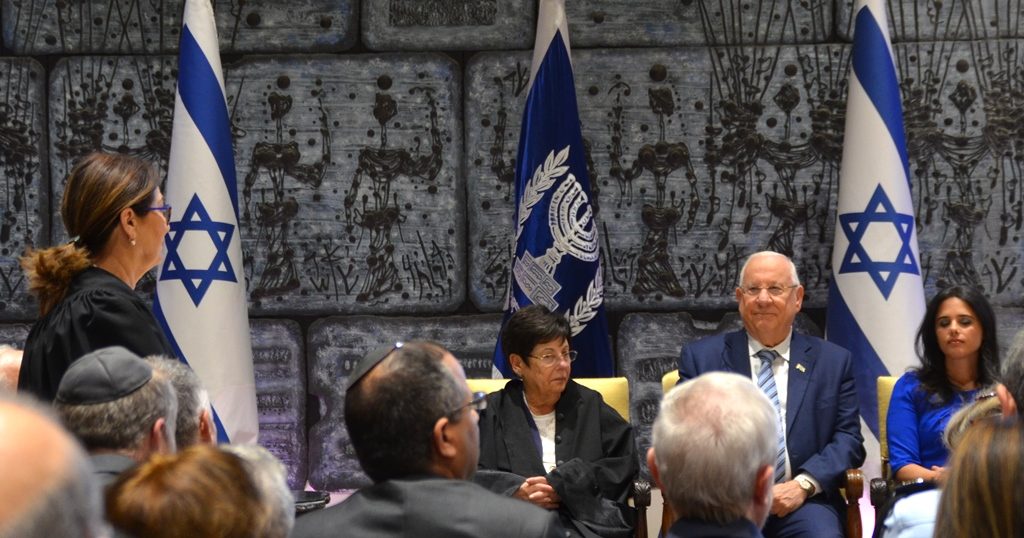 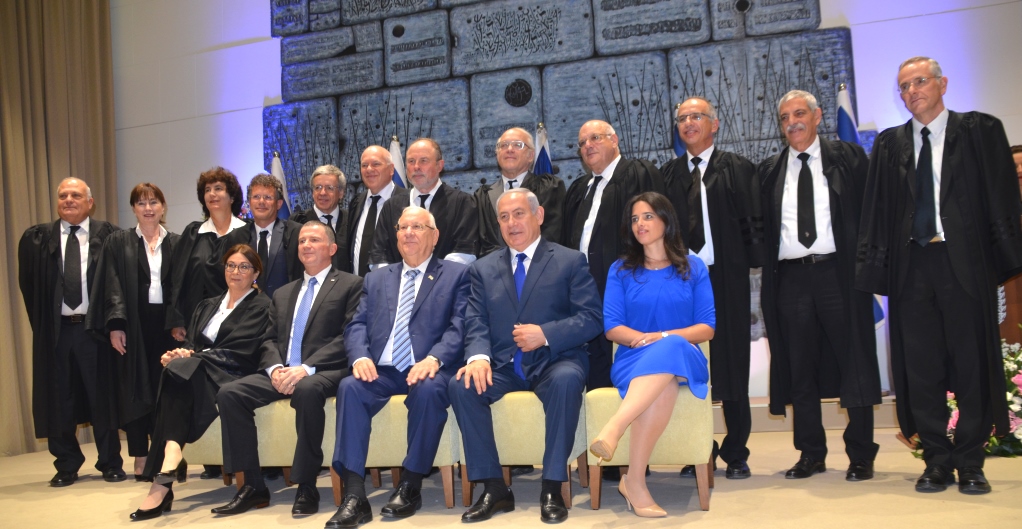 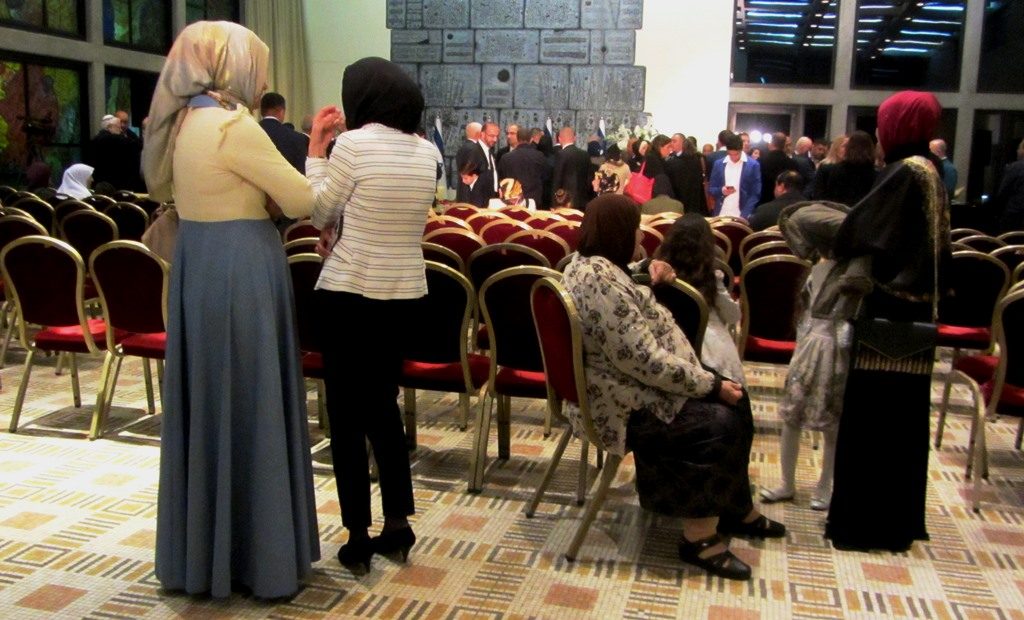 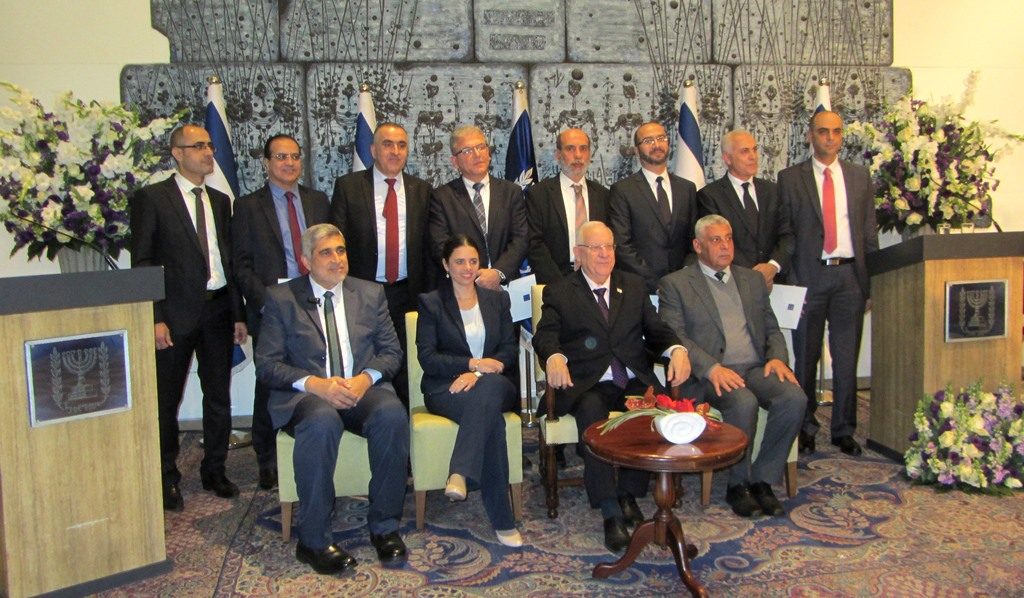 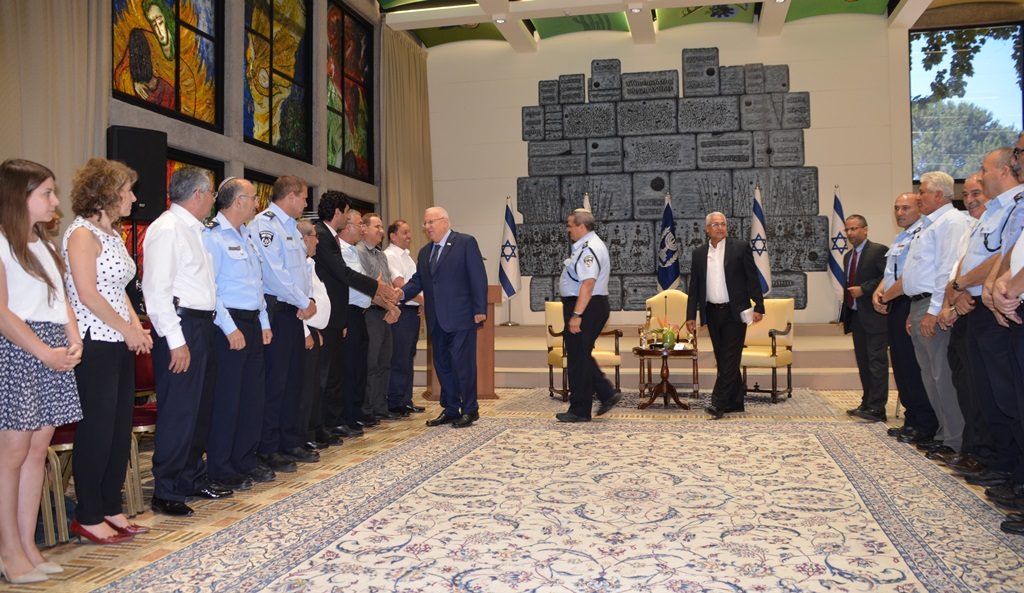 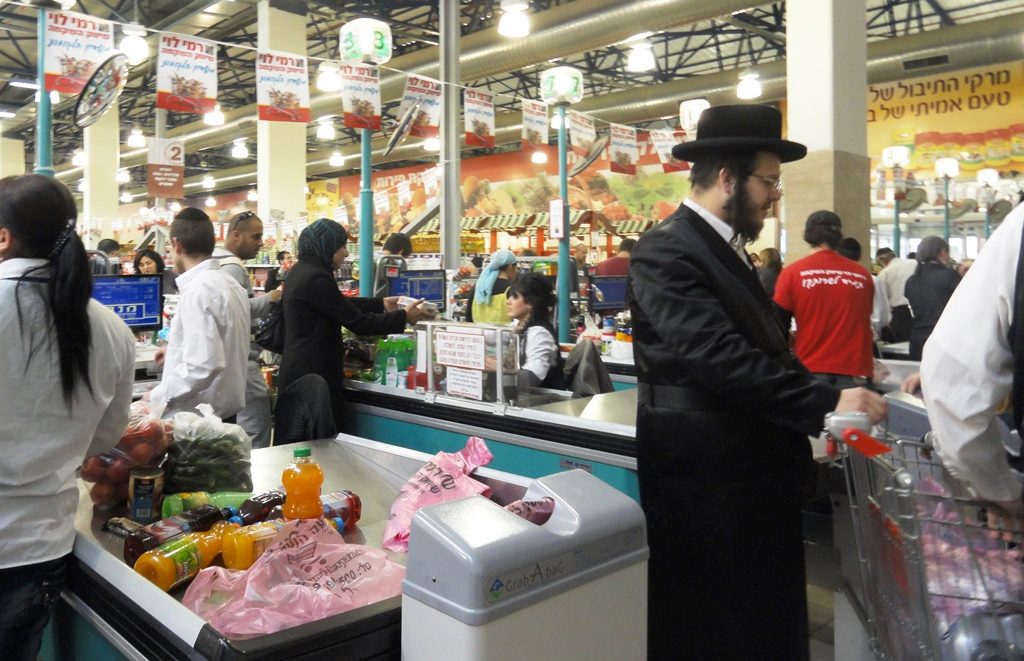 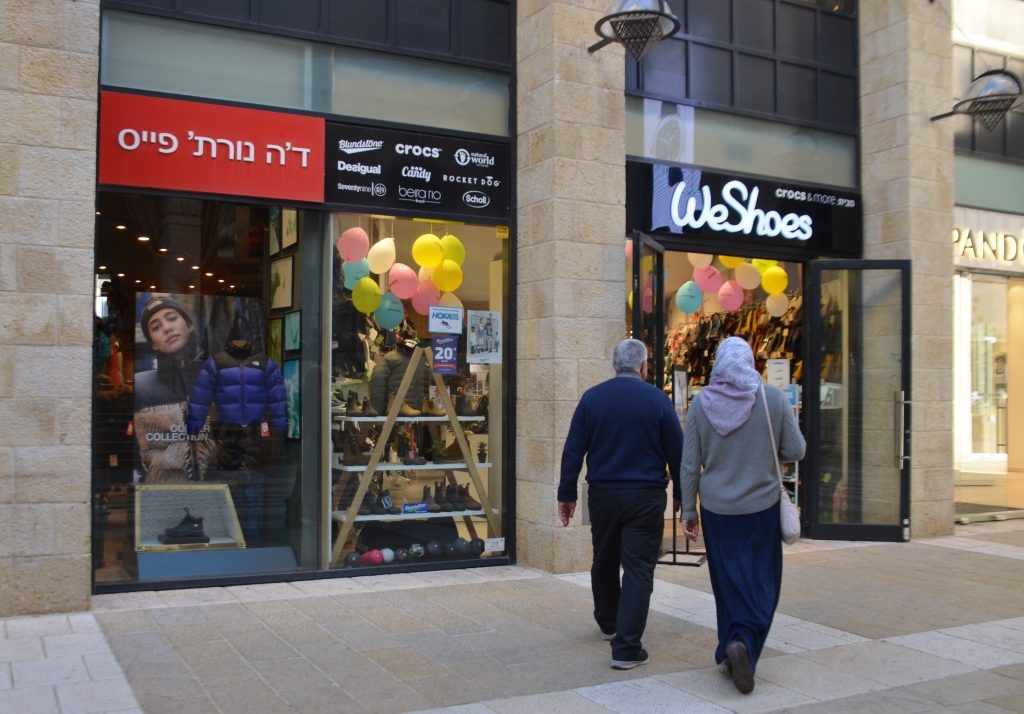 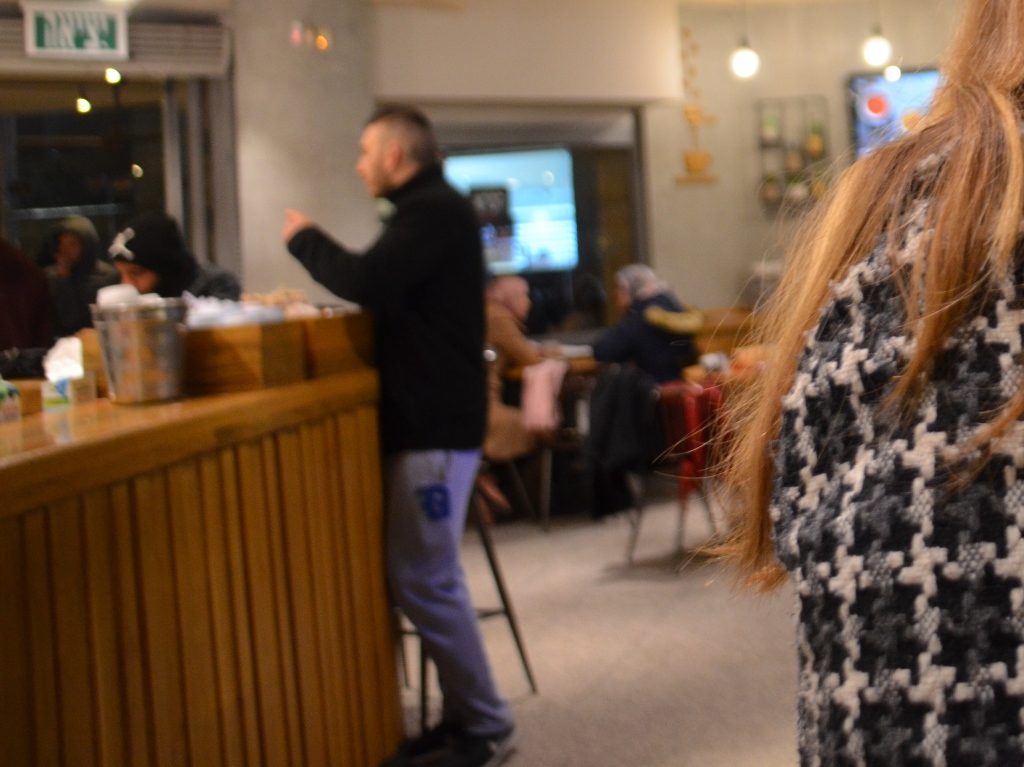 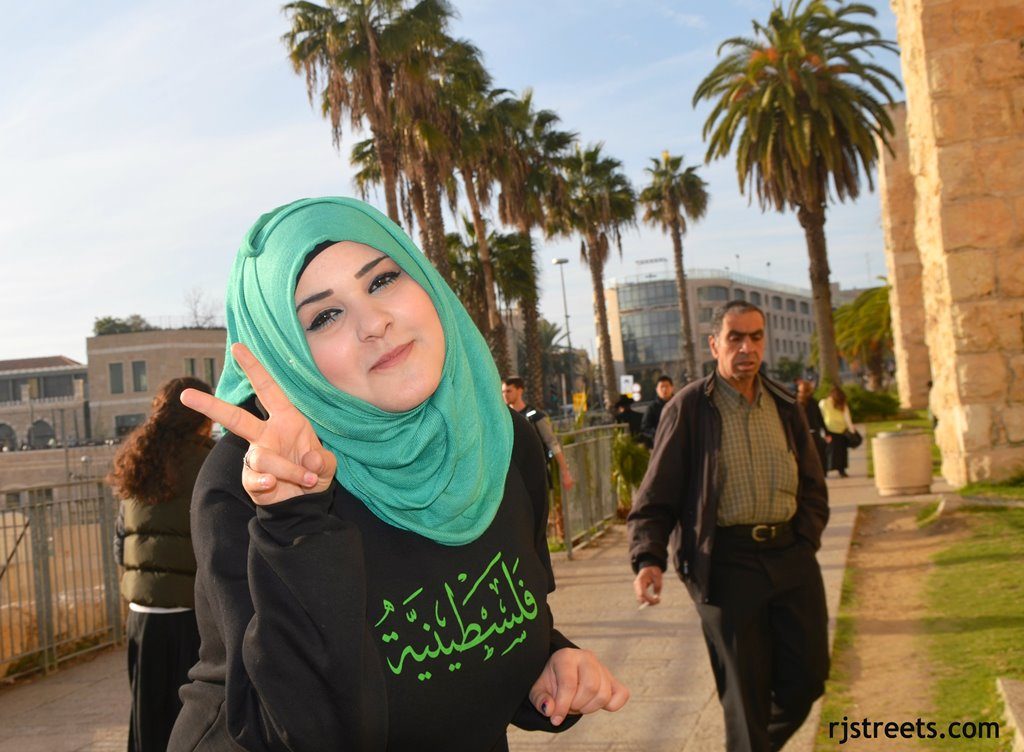 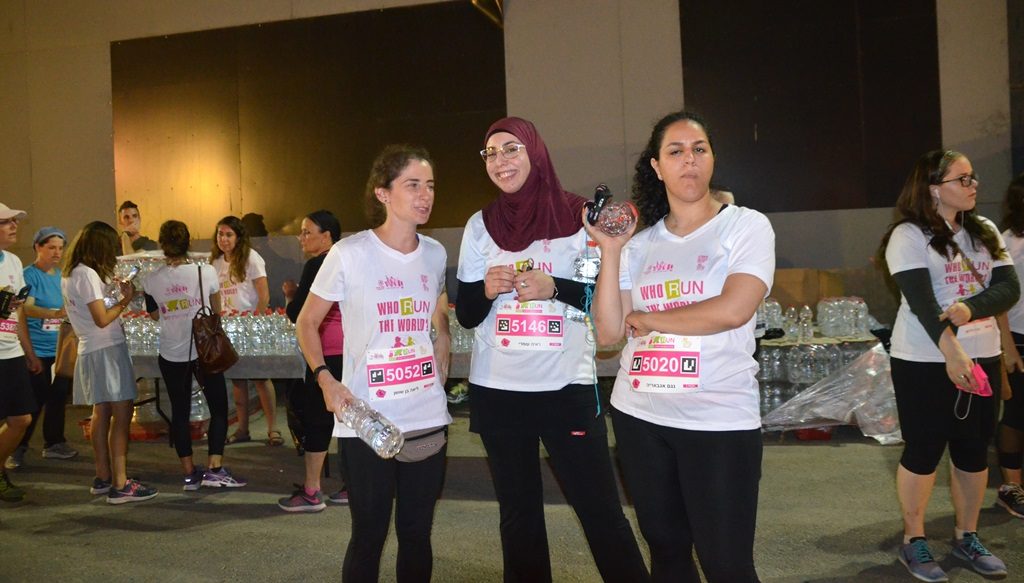 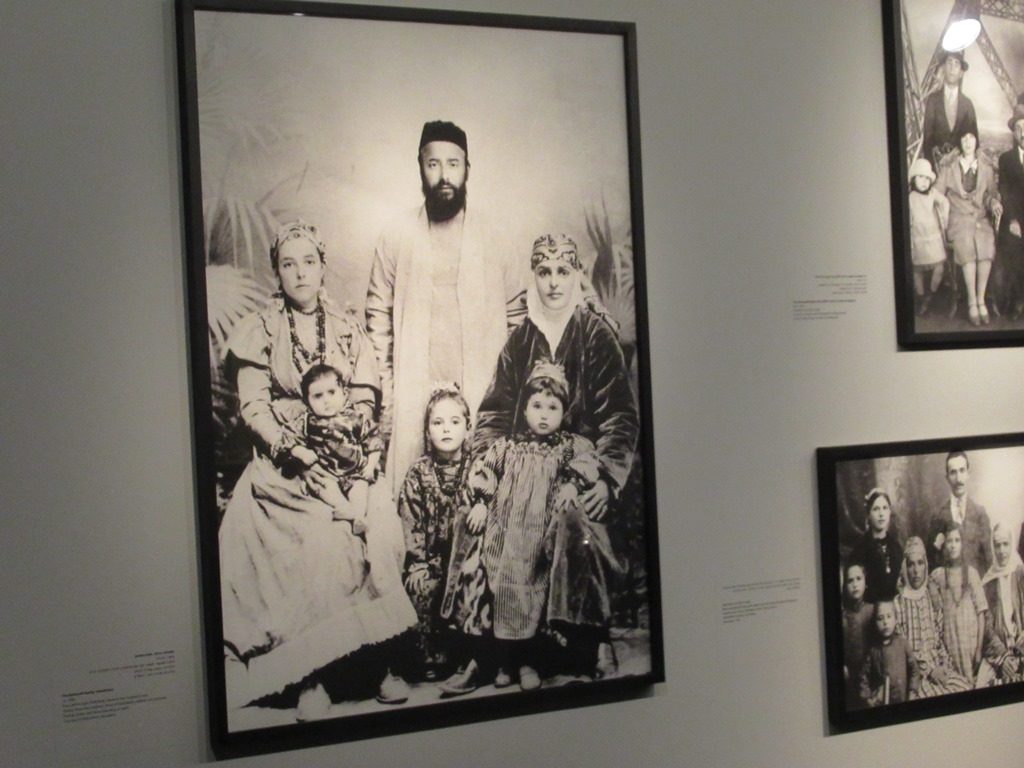 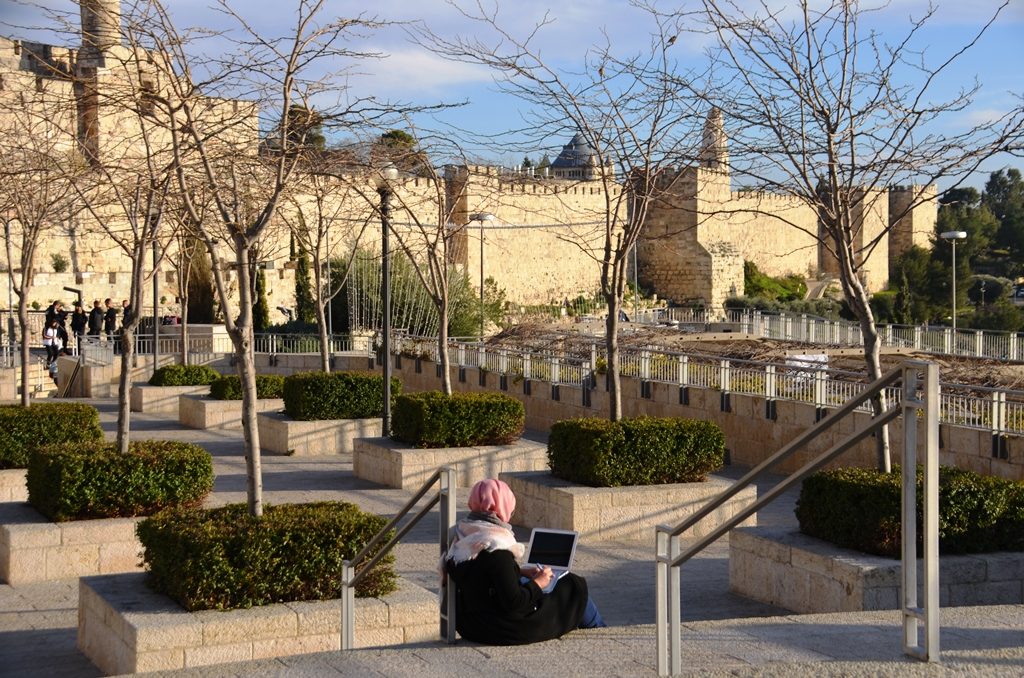 Everyone loves pictures of Jerusalem covered in white,

but there was no snow today, even though 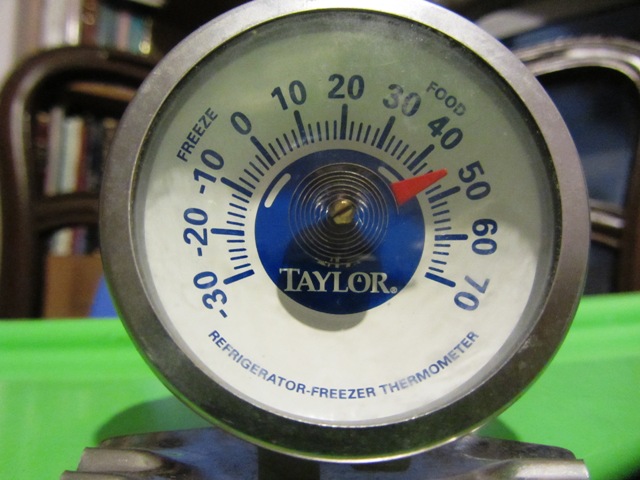 it was cold enough to use a refrigerator thermometer inside.

When the sun shines…it is time to go outside and warm up.

While walking around Jerusalem today, I found 8 things

that won’t make the headlines. 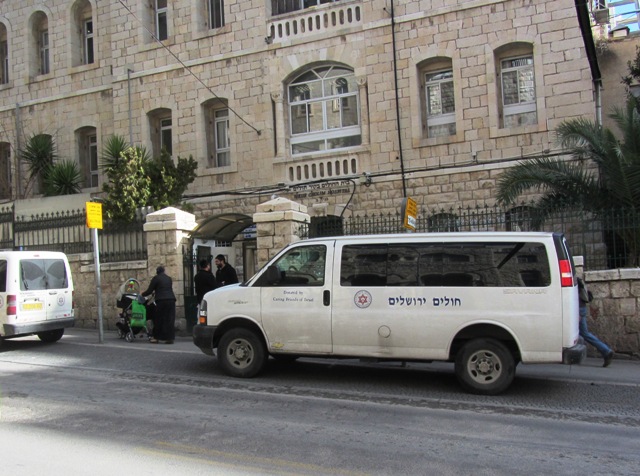 1. Bikur Cholim Hospital did not close as was threatened

and babies are delivered there by the thousands. 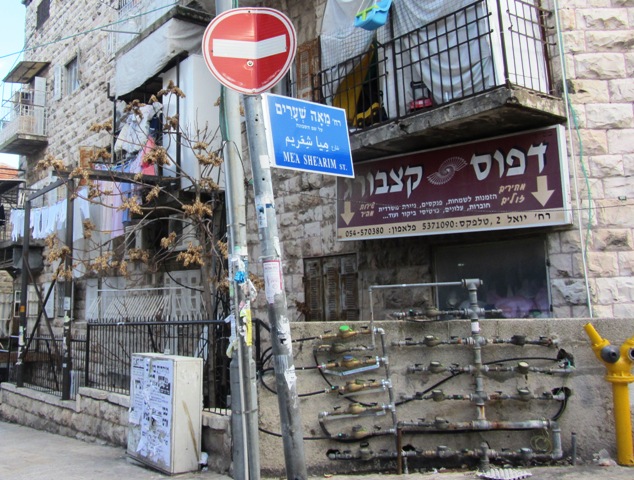 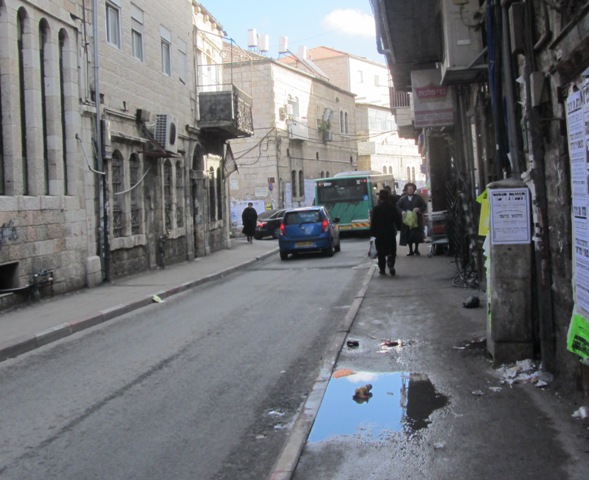 there were puddles on the sidewalks, but buses were running in the streets. 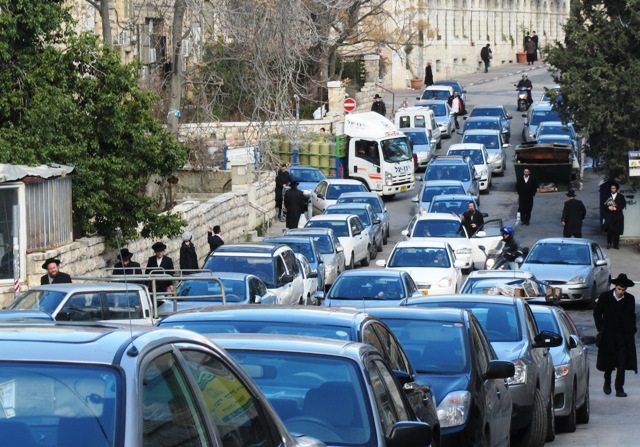 3. Traffic backed up on this side street long enough

for people to stop honking and  get out of their cars to look. 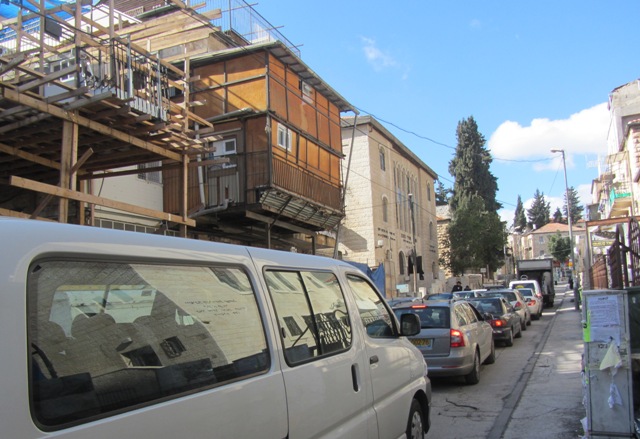 The problem…a delivery of toilet paper around the corner. 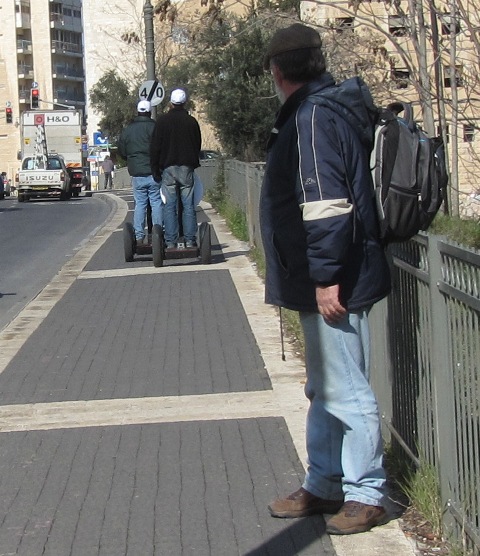 Perhaps the guys on the Segway have a good idea? 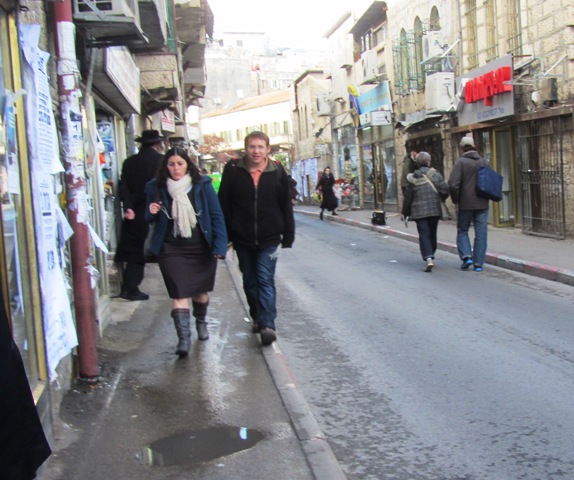 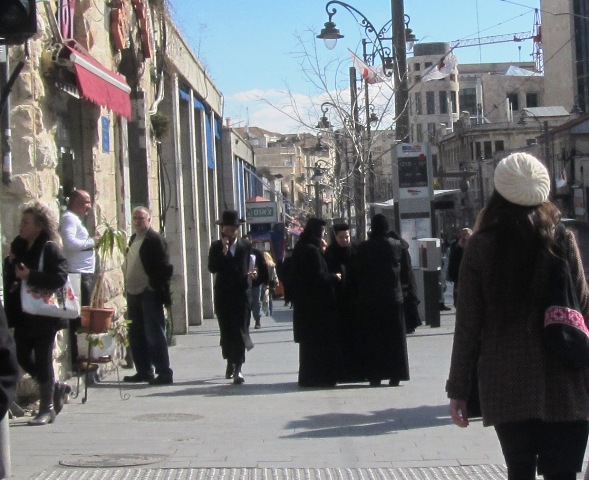 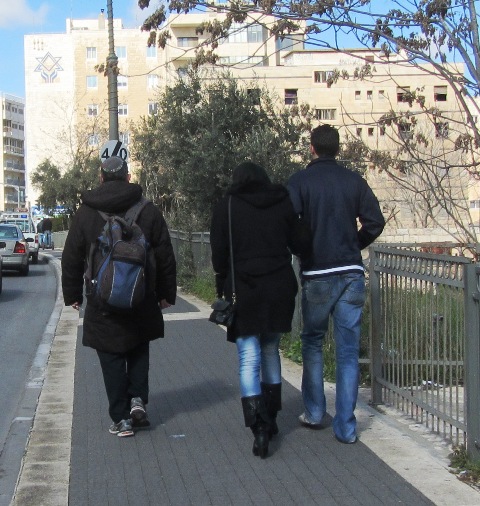 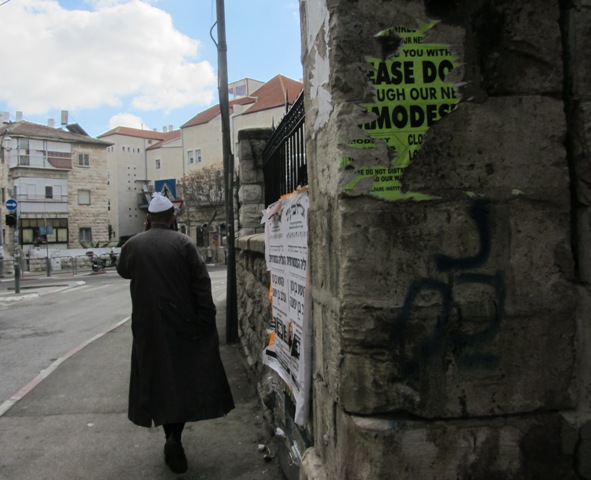 but some signs were gone. 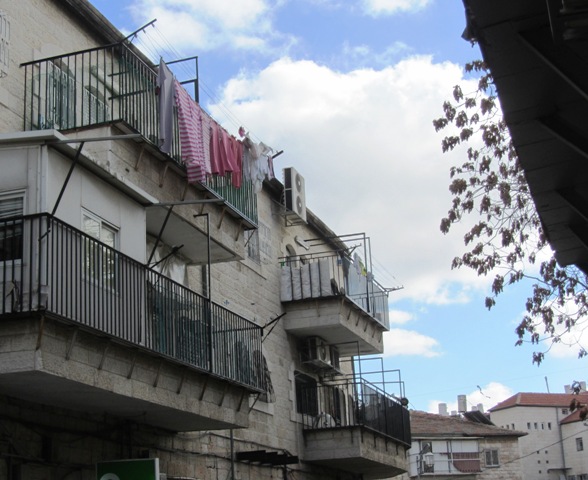 5. Pink laundry was hanging out to dry,

demonstrating that not all Mea Shearim clothing is black. 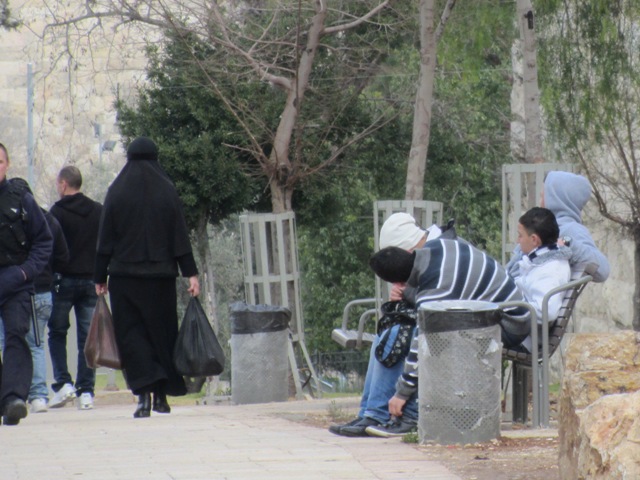 However, long black clothing can be attention grabbing too. 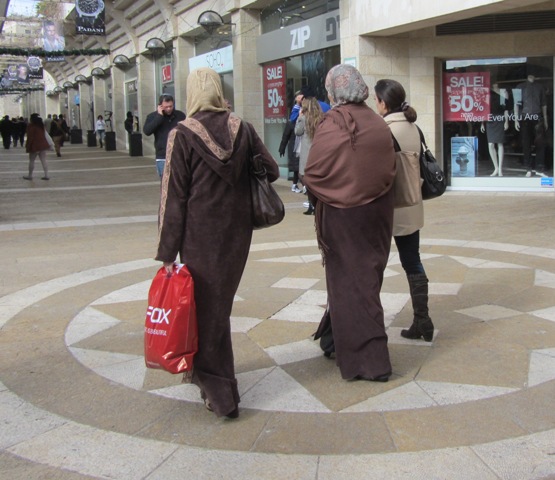 and as always…Muslim women shop. 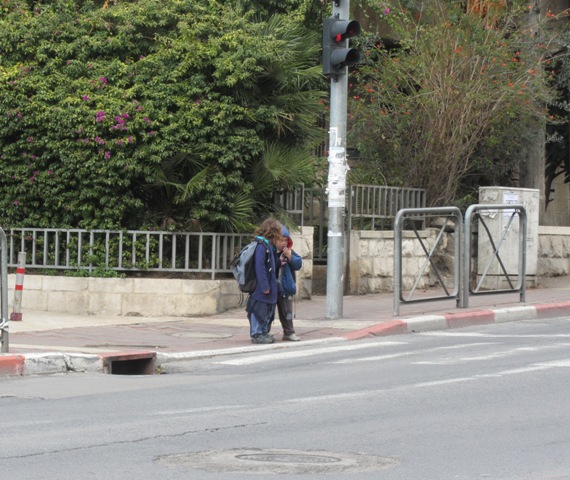 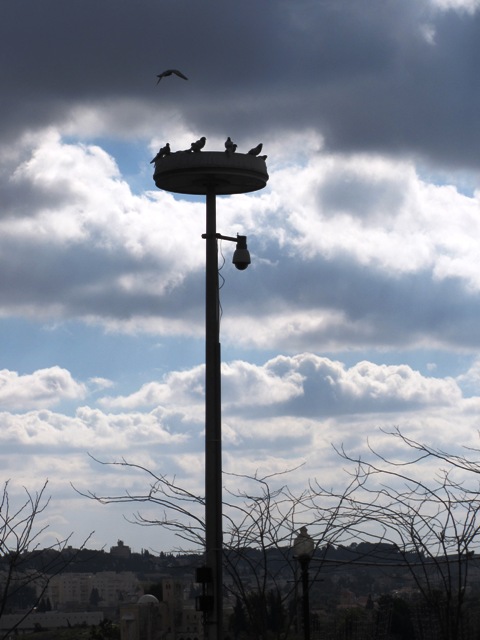 But one thing sure to make headlines… 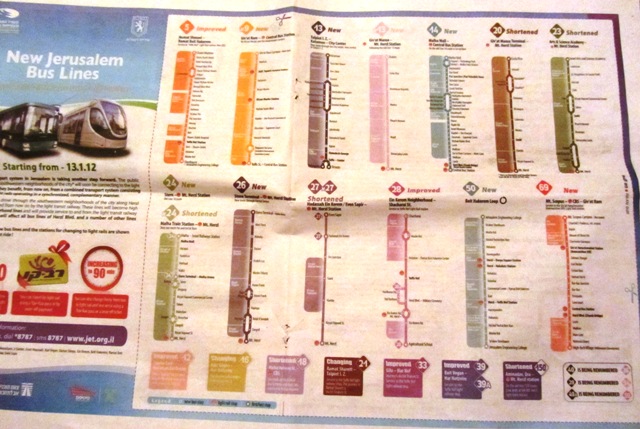 the new bus routes that begin on Friday the 13th.