Jerusalem, Israel streets are beginning to sound more ‘normal’ as everyone is struggling to come back after the COVID-19 pandemic closings. There have been almost daily protests across from the Knesset and Prime Minister’s Office. Noisy protests and counter-protests near the Prime Minister’s Residence have grown in size and volume. 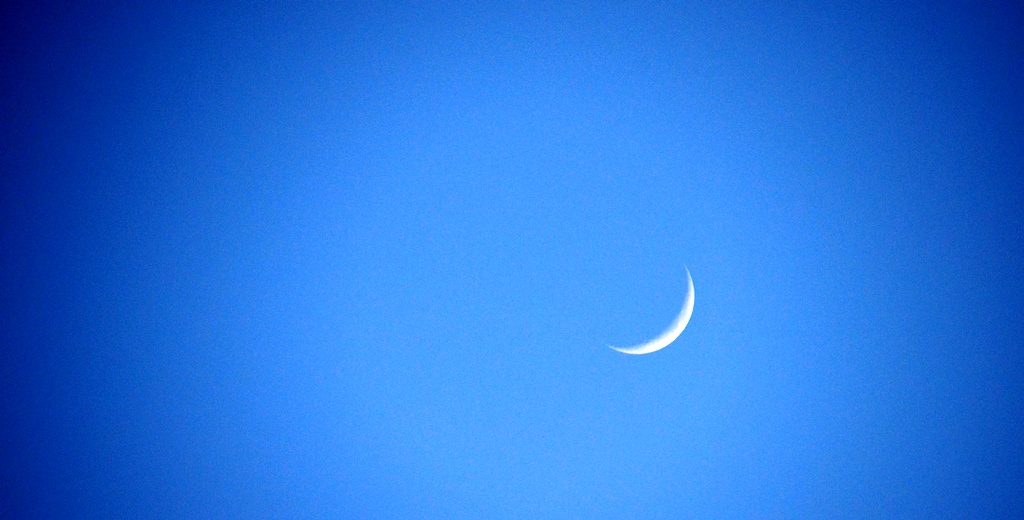 Another month. Another new moon. The first sign of summer was seen in the sky over Jerusalem. A normal sign of passing time.

The Kotel, Western Wall Plaza, has been divided into prayer spaces, size-dependent on changing regulations.

Limited numbers of people are allowed in the spaces wearing masks.

Synagogues and businesses are slowly opening also under new health regulations. But I can still set my clock to sounds of the 8:30 am morning minyan coming from a backyard service nearby.

Hotels and restaurants and international tourist affiliated businesses are trying to survive, to revive, and not close forever.

Last week the Prime Minister of Greece came to Jerusalem. But the Foreign Minister from Cyprus decided to arrive in Israel by helicopter for a quick and abbreviated visit in the airport area for discussions with new Foreign Minister Gabi Ashkenazi.

The numbers for coronavirus infections has started going back up.

However, it is still the graduation season. The President and Prime Minister spoke at the Israeli Air Force graduation last week. The IDF officer graduation is to be held on Wednesday evening. These events are more restricted than usual because of the coronavirus. Taking a helicopter to the bases in the south – what a great way to go. 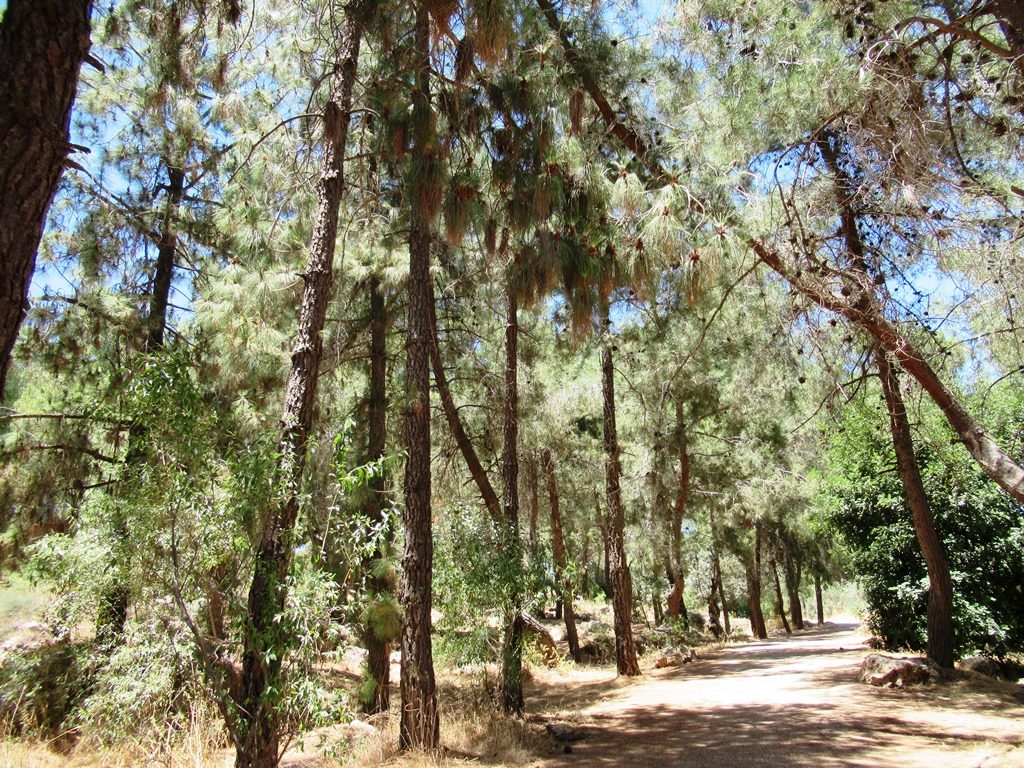 This path may seem like far in the forest but it’s minutes away. Sounds of laughter were coming from a party on the right side and an art class was ending on the left side of the path. Sorry, no photos to share. I decided they deserved to keep the privacy they were seeking in this wonderful nature spot. 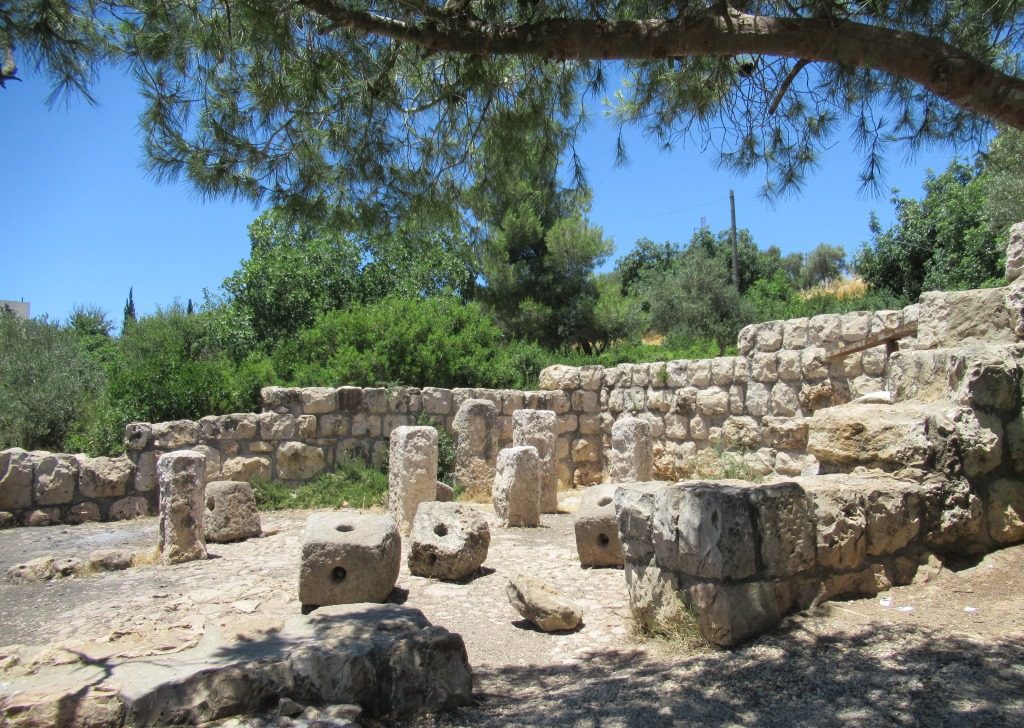 Finding a quiet area as restrictions are lifting in Jerusalem is still possible.  These old stones are from an old olive-oil making facility.

Look across the street in one direction and there is the Knesset. 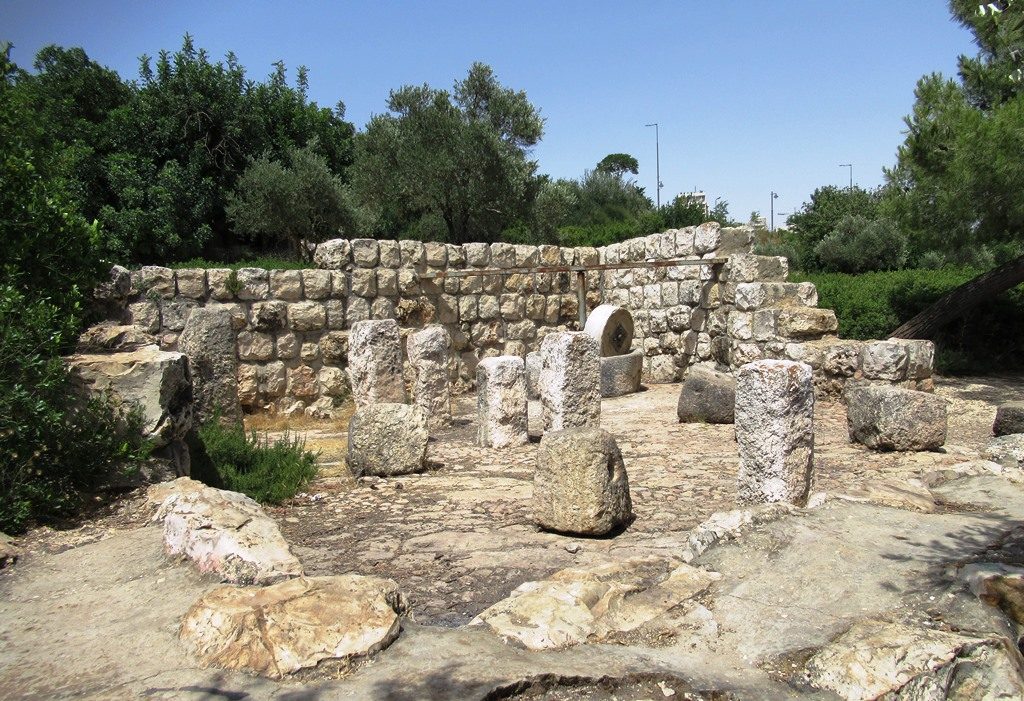 Another angle with a better view of the olive press.

And above there is the Israel Museum.

Usually this time of year in Jerusalem the calendar is filled–day and night. 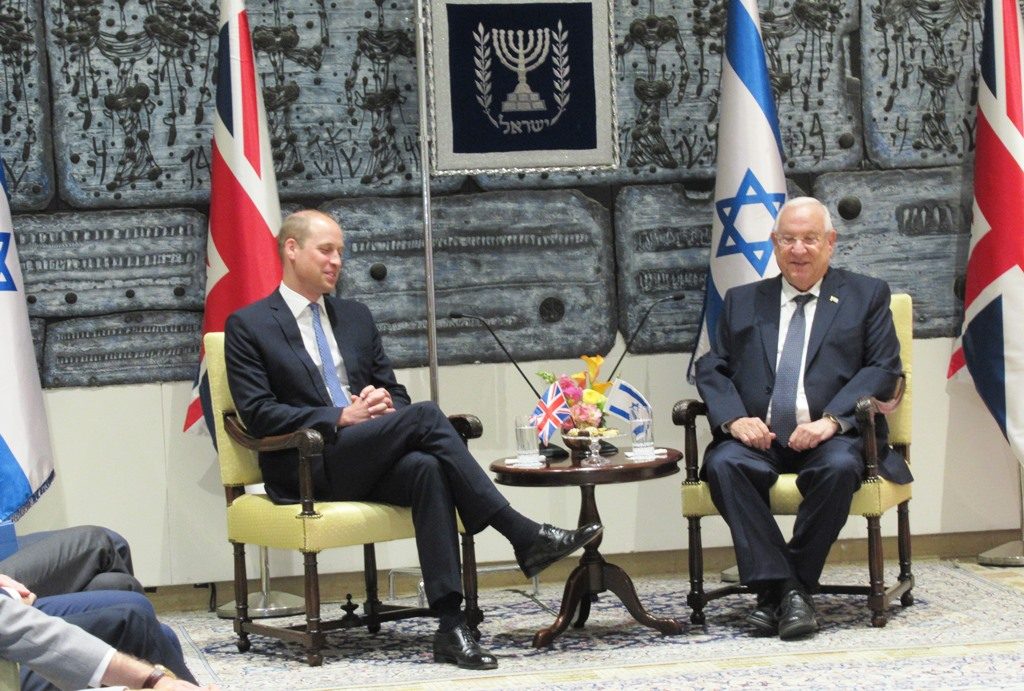 Two years ago Prince William was in town. 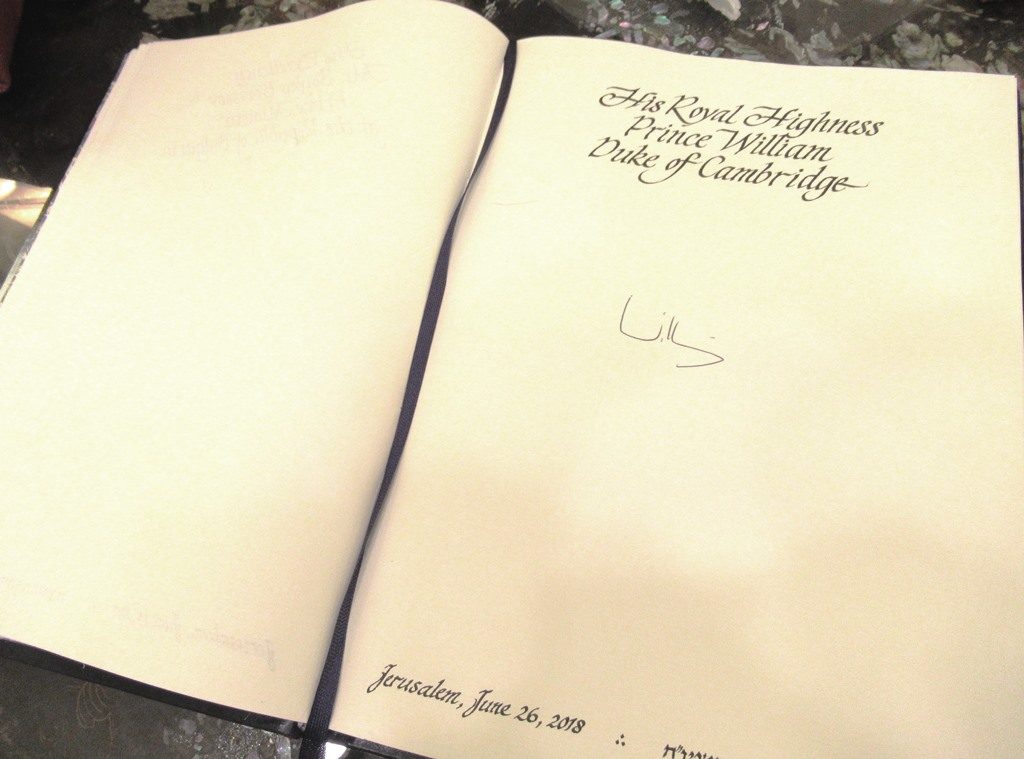 I had forgotten about his signature in the official guest book.

His Royal visit was the same time as WeWork Creative Event at the Pais Arena.

OurCrowd Global Summit this year was one of the last big events to be held in Jerusalem.

OurCrowd Pandemic Innovation Conference was held online as a Zoom and Facebook event.

During the innovation conference online, Dor Skuler mentioned the benefits for isolated seniors. In the US, people will have to pay to install Elli Q to talk to their relatives, however, his robot is available at no charge. I asked and was told “she” is still not in a human shape on purpose.

Remember the tour of Hansen House ten years ago? 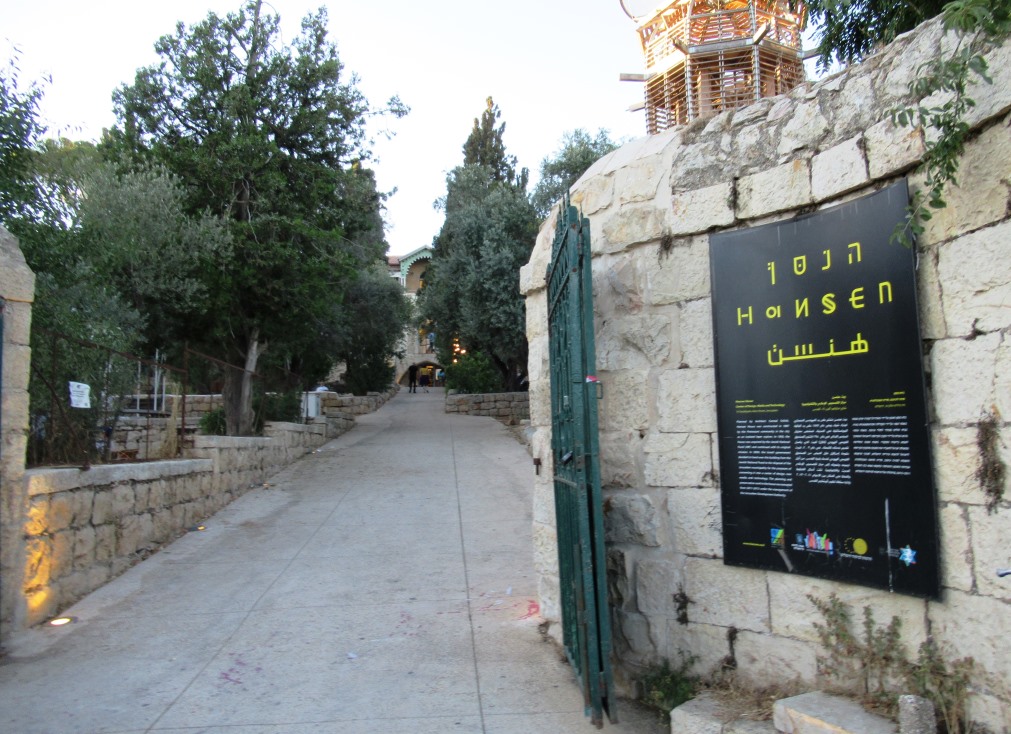 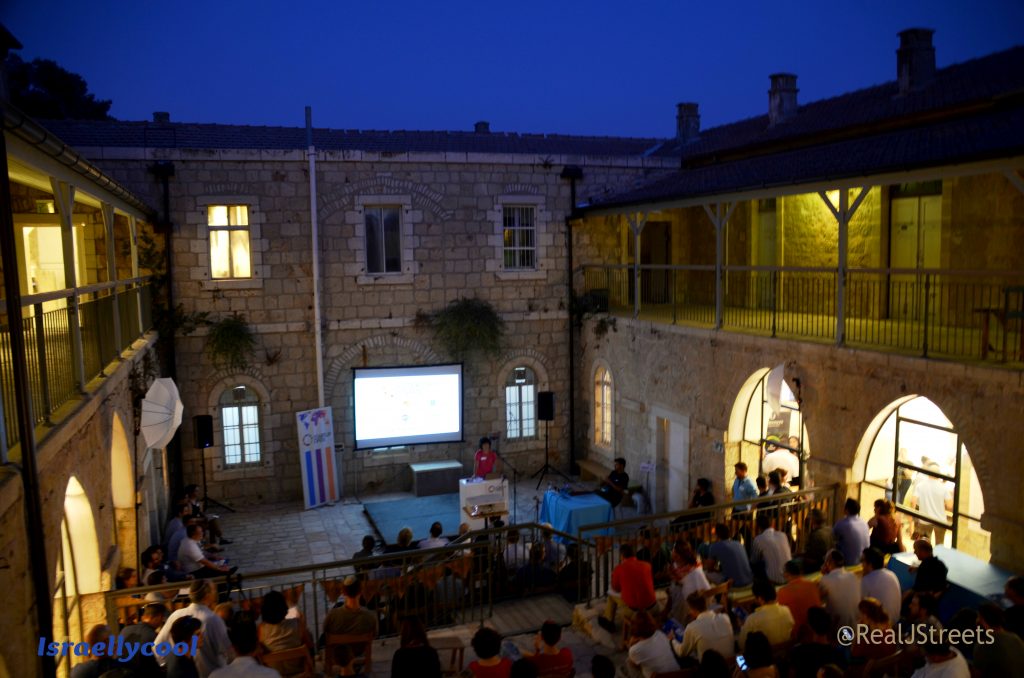 In the past events have been held in the courtyard. 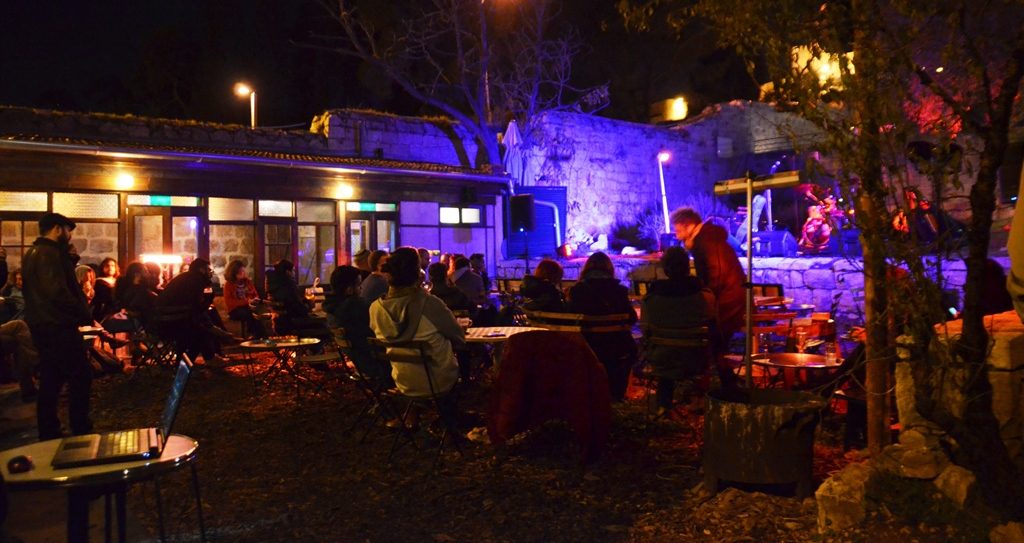 Recently, before corona, food and music at night had become popular. 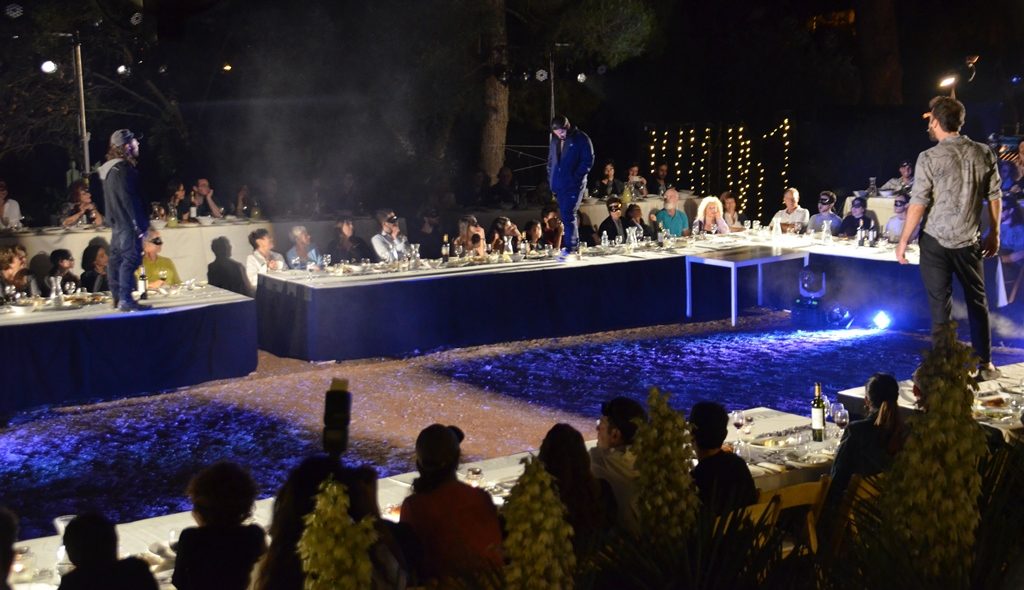 The Jerusalem Symphony Orchestra was back at the Jerusalem Theater with a live audience and also available on Facebook and YouTube now.

The Israel Philharmonic Orchestra played at the Jerusalem International Conference Center for the first time since the pandemic closings, but not to a full audience.

Friday afternoon people returned to the First Station for a musical Kabbalat Shabbat. 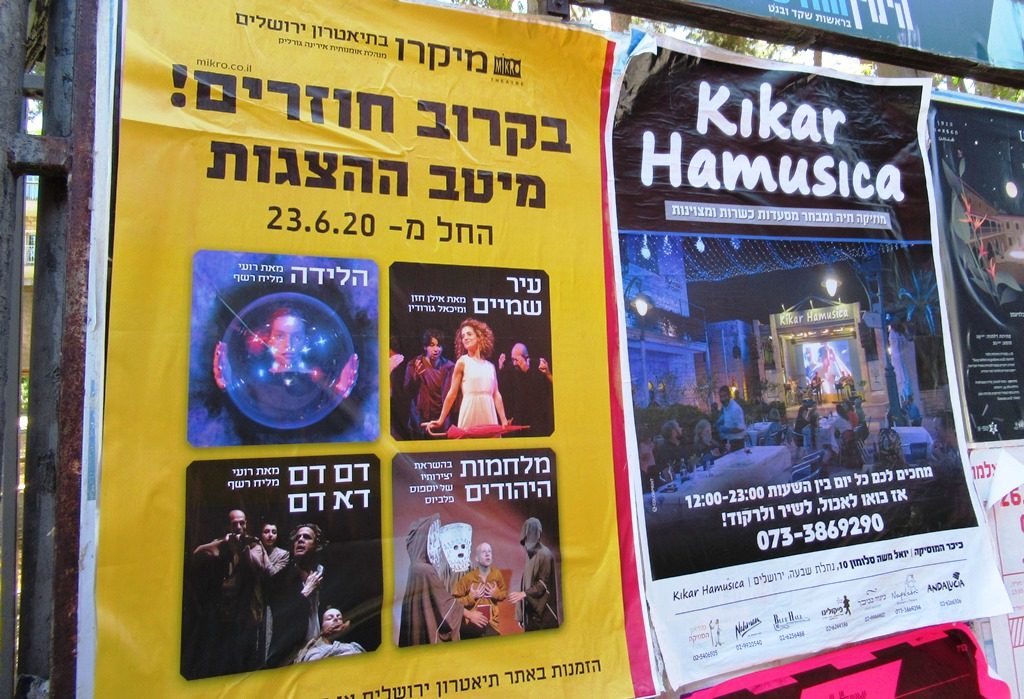 New signs are posted for other musical events now and in the near future.

May 4th has been a day for “Star Wars” celebrations – as in “may the ‘fourth’ be with you.” Nothing was done this year because of the COVID-19 closings. It was to be shown at First Station by the Israeli Outpost of 501st Legion at a free special outdoor screening for families of Star Wars V: The Empire Strikes Back but was canceled shortly before show time. 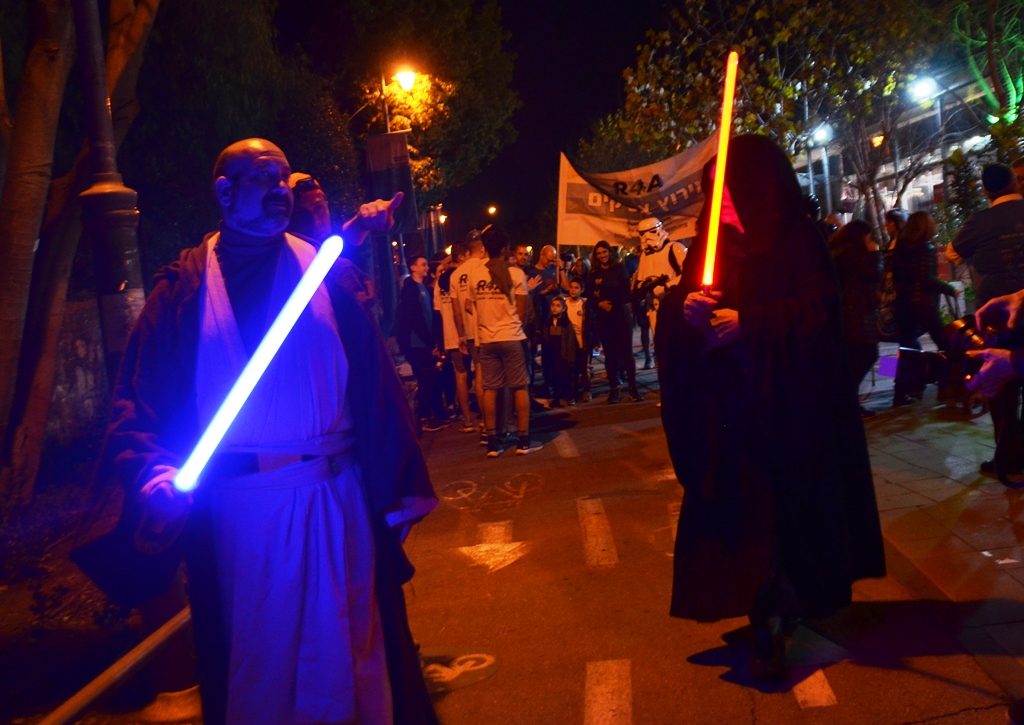 Members were out in force at First Station for the Afikim race from Jerusalem to Eilat in January. I would assume sounds and sabers will be found at the event planned early enough for children to attend and enjoy.

Shaon Horef, those Monday nights in February when sounds of live musicians filled Jerusalem streets, are looking for new acts to do a series on August Monday nights. 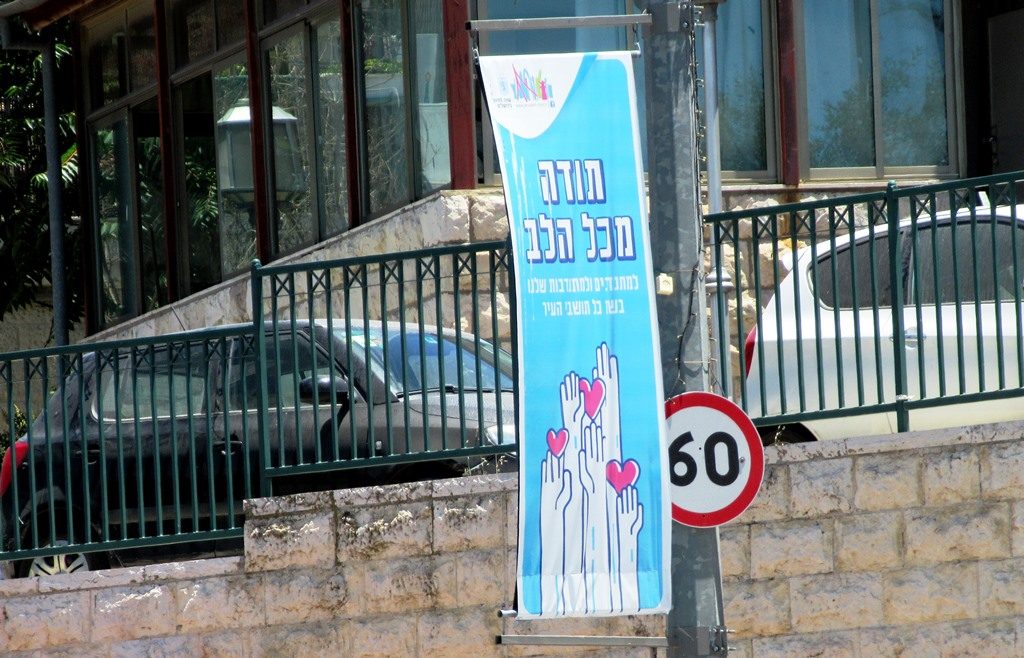 Thank you signs to medical workers are still all over the Jerusalem streets.

Sounds of music and celebrations are starting to be heard on the streets.

Let’s hope the numbers of infections stay down.

2 thoughts on “10 New Sounds of Summer in Jerusalem”