The Jerusalem Marathon for 2017 was on March 17th.

One finish line has been up for days, 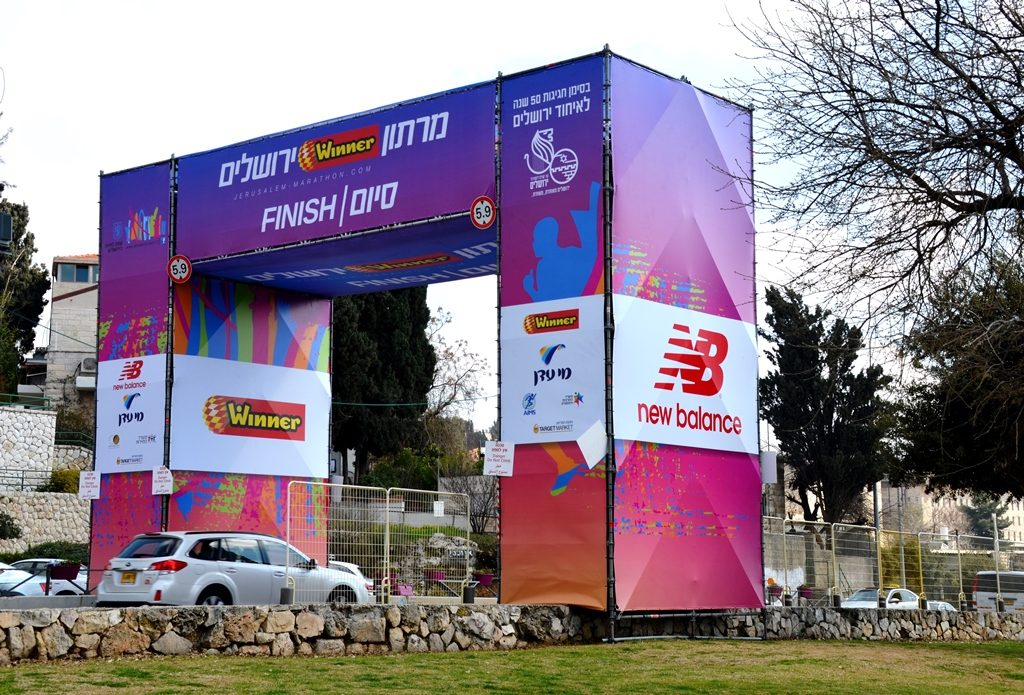 but there are at least three of these massive arches,

two over the street and another one inside Gan Sacher, Sacher Park

for the full marathon runners. 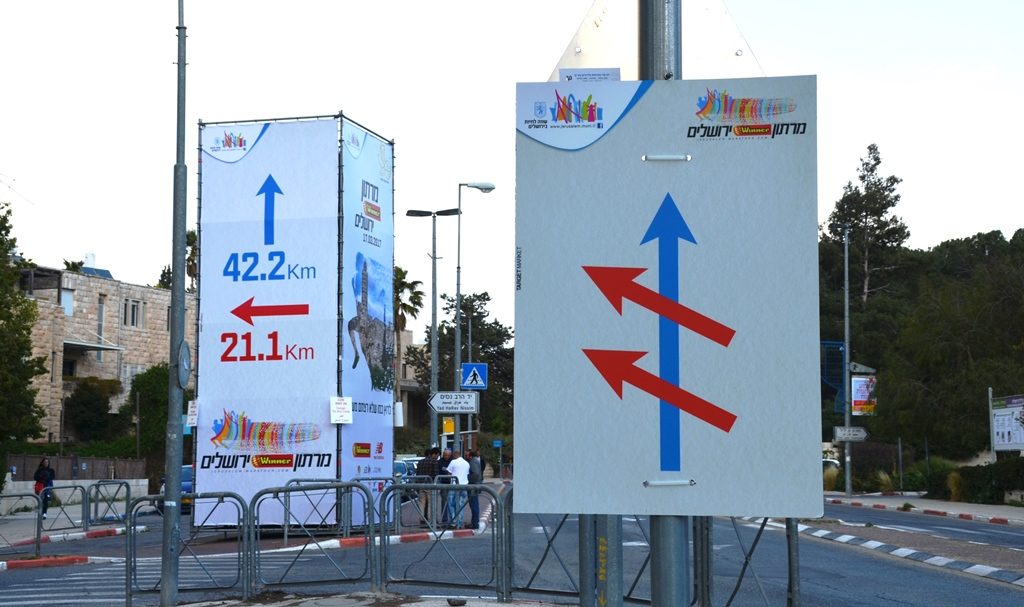 Signs and more signs are posted,

but it is not always entirely clear which way to go.

one outside Beit Hanasi, the Israel President’s house 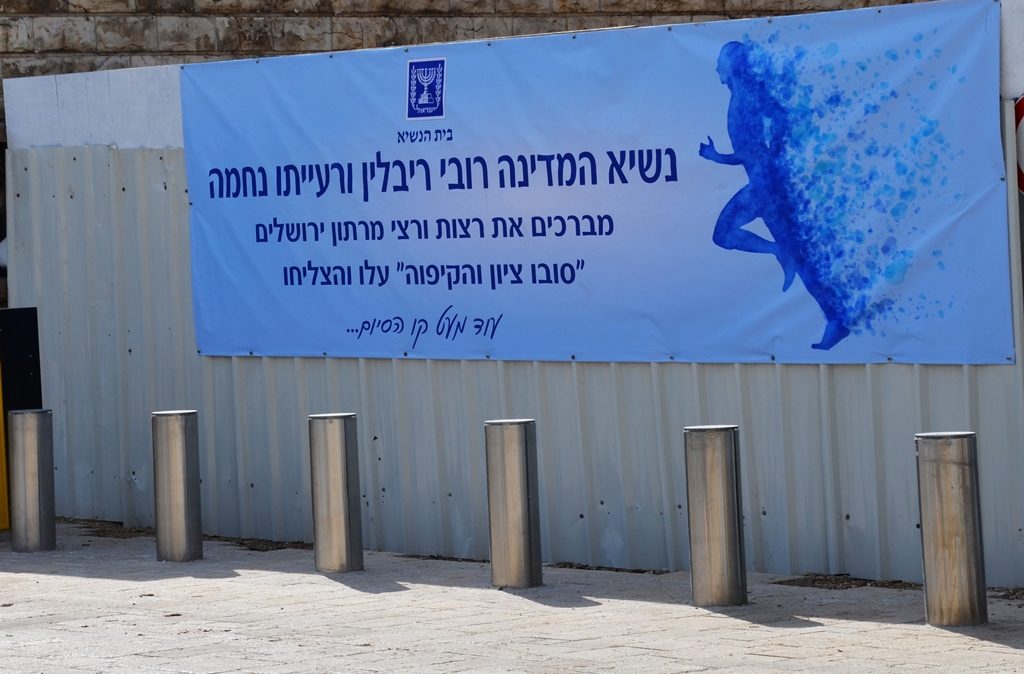 At a press conference the day before the race 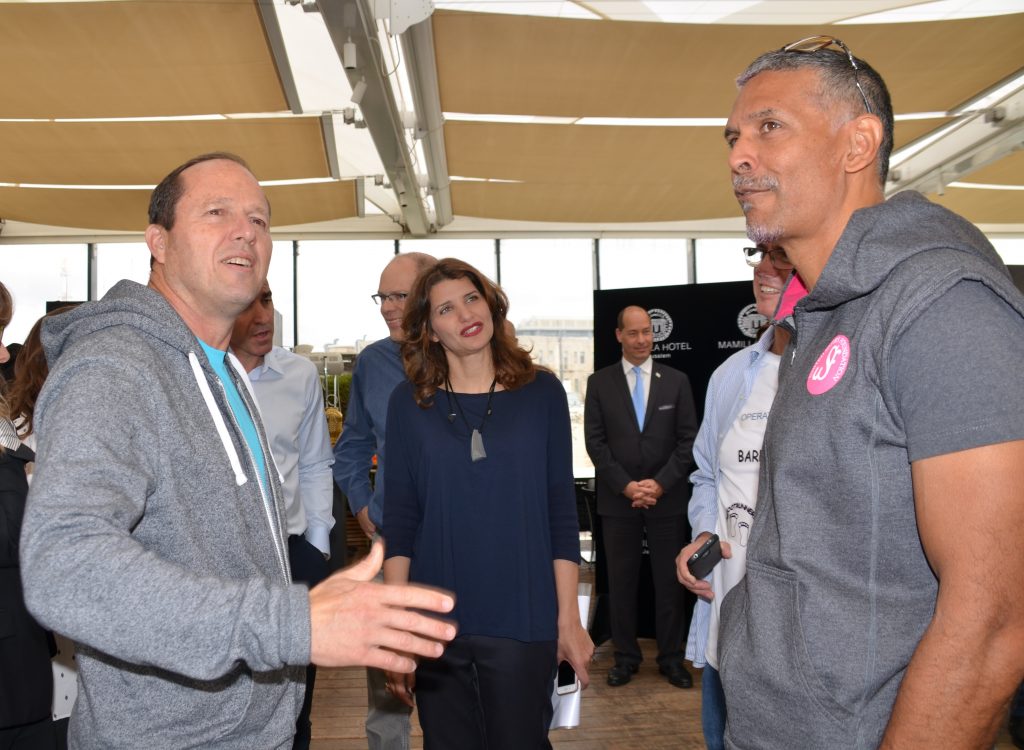 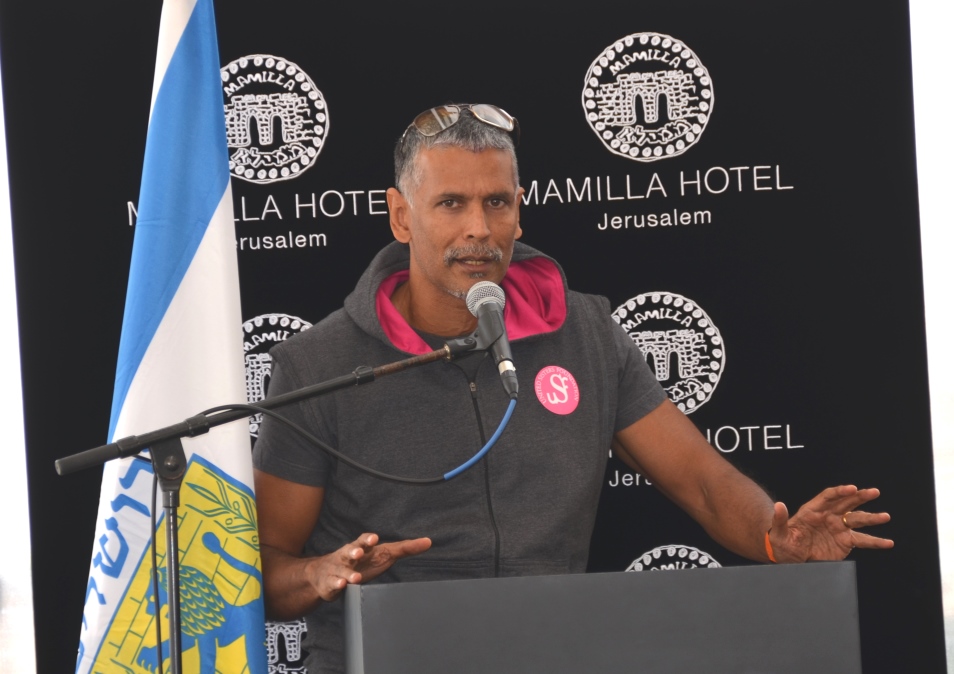 but now I am now a fan of Milind.

Soman spoke so emotionally about his first visit to Jerusalem.

Maybe we here take too much for granted,

and need a visitor to remind us how special these streets are. 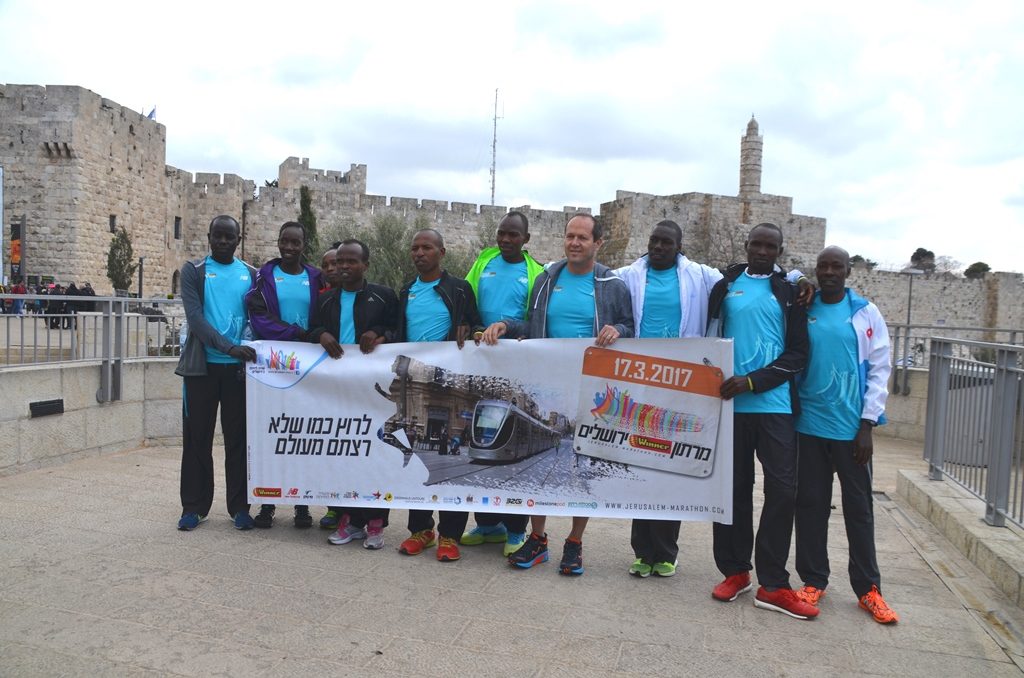 with the Old City and Tower of David in the background.

Some of them looked familiar from past marathons.

For seven years, I have tried to catch the Mayor running,

and on this warm up day I finally succeeded, 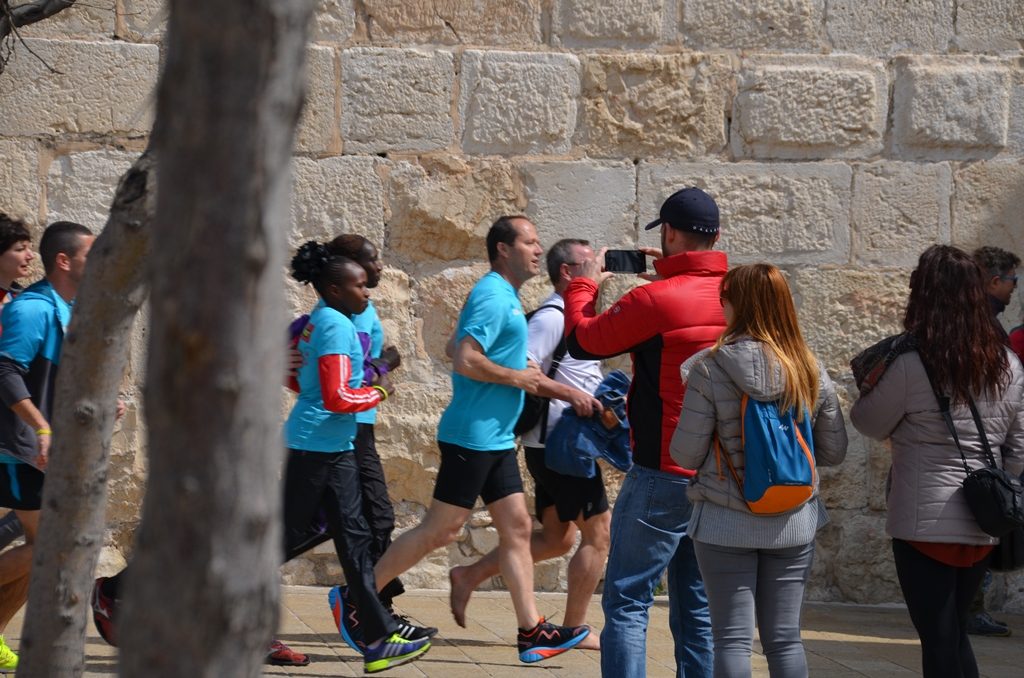 though the guy in red jacket got a much closer shot.

And while they were running, 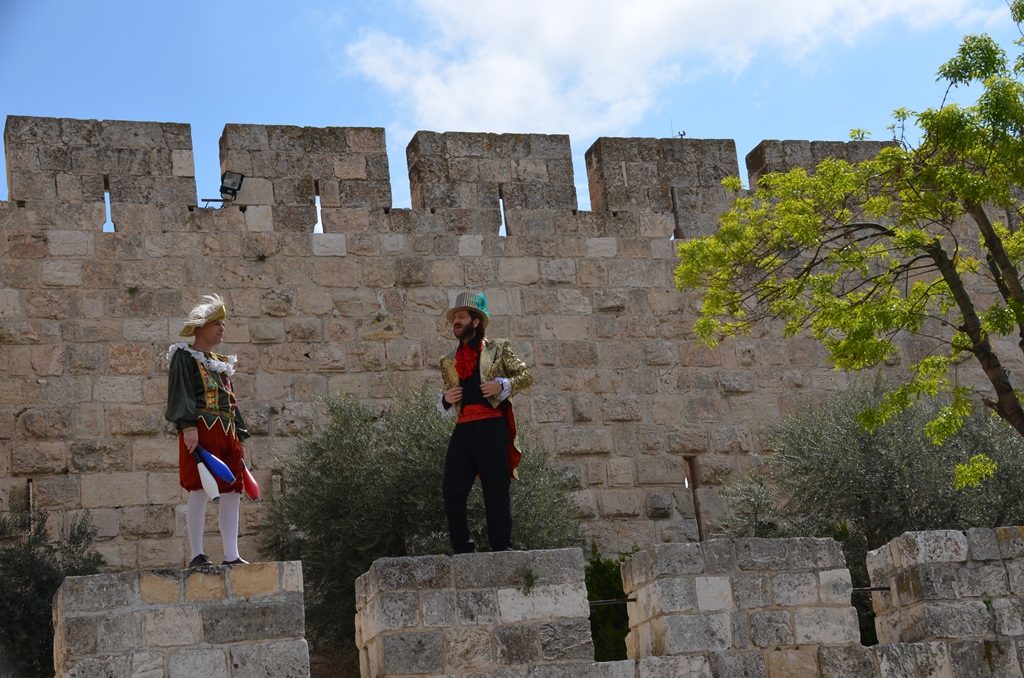 these fellows were standing on the walls at the Tower of David.

Never know who or what you will see in Jerusalem! 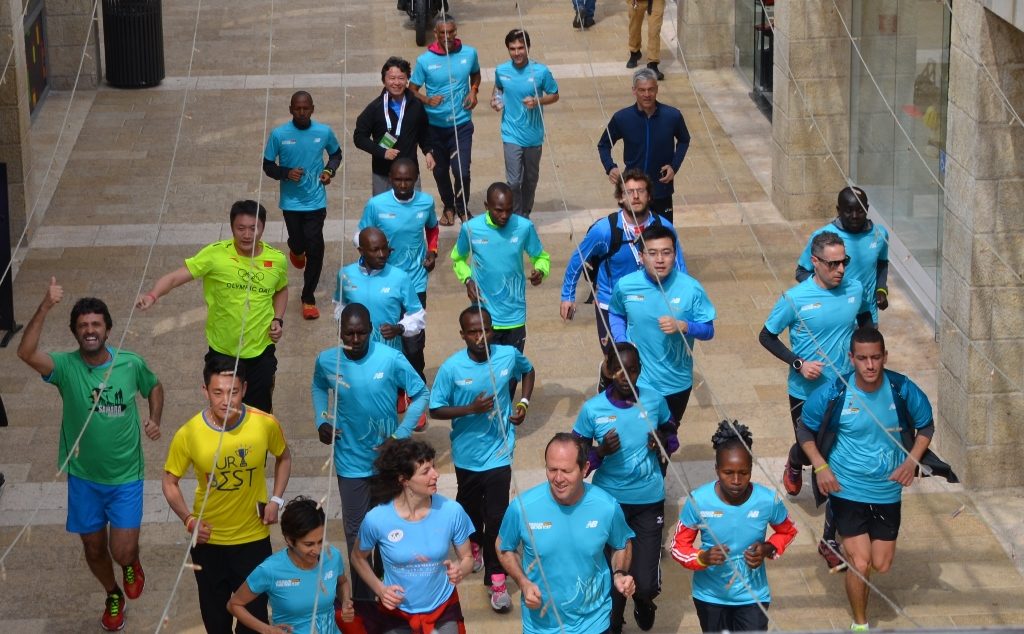 The Mayor led a group of international runners 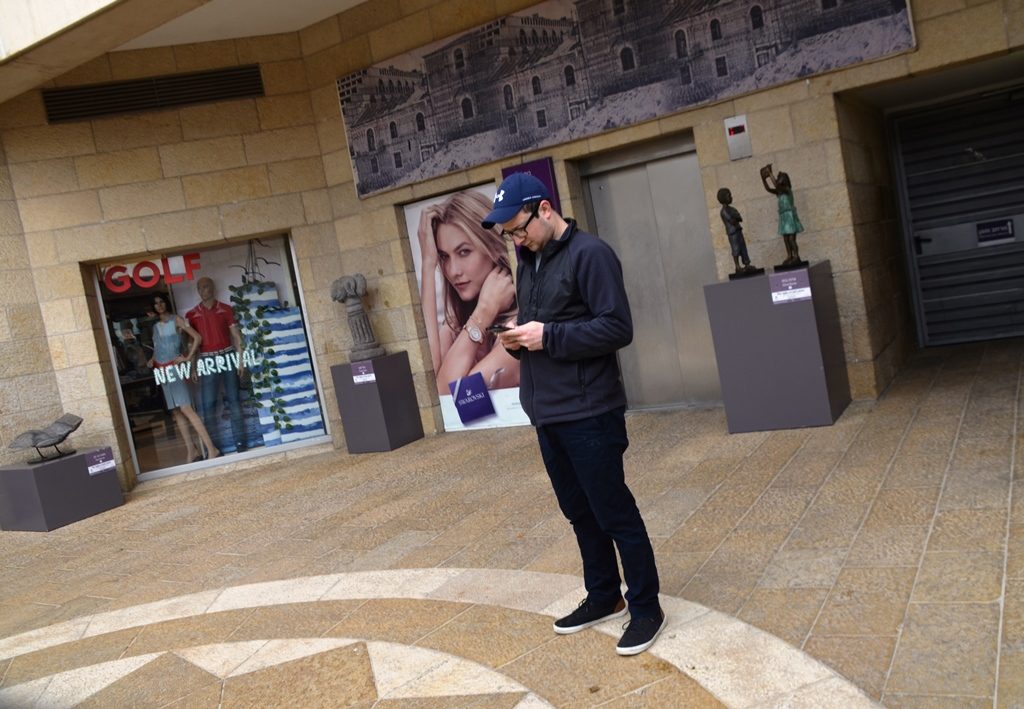 I wonder if this guy ever looked up and noticed.

The streets were filled with 30,000 runners,

and some streets were closed all Friday morning,

but you have to stop texting to see them as they whiz by.

Running in Jerusalem has come along way in seven years. 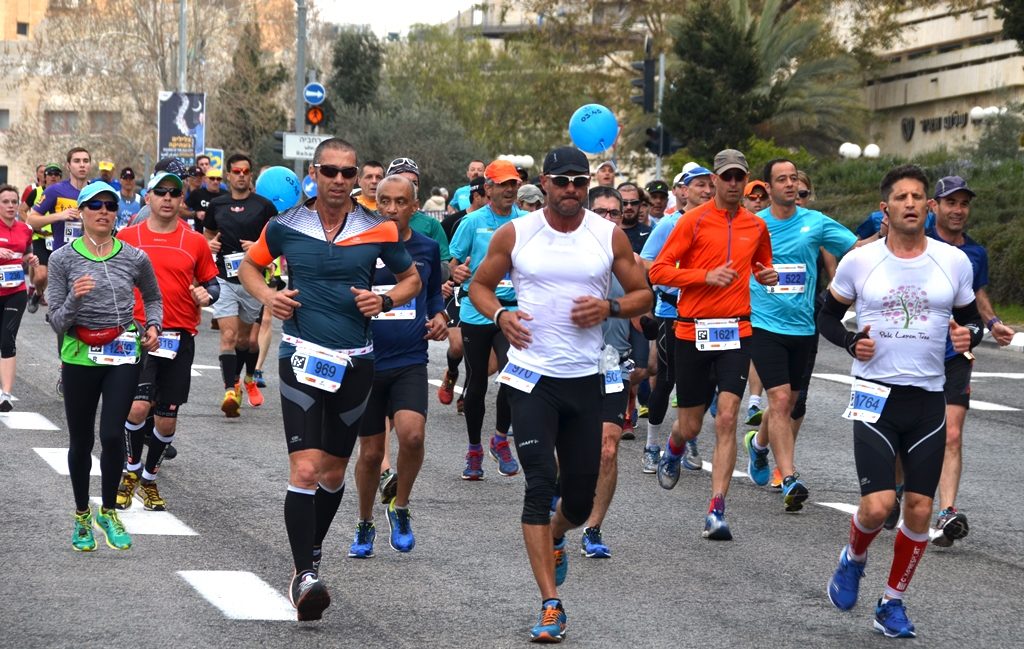 The Jerusalem Winner Marathon 2017 was great,

This time I got the Mayor at the starting line and finish!

If you missed being in Jerusalem, Israel,

put it on your calendar for next year,

it is truly a special experience.