Important enough to be the name of a Jerusalem street. 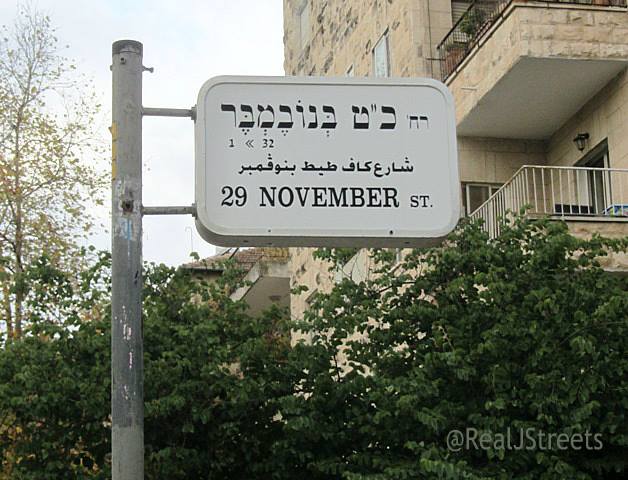 It was the day the UN passed Resolution 181

to re-establish a Jewish State in our ancestral homeland.

“The UN Vote: Then and Now”

was the theme of a November 29th conference 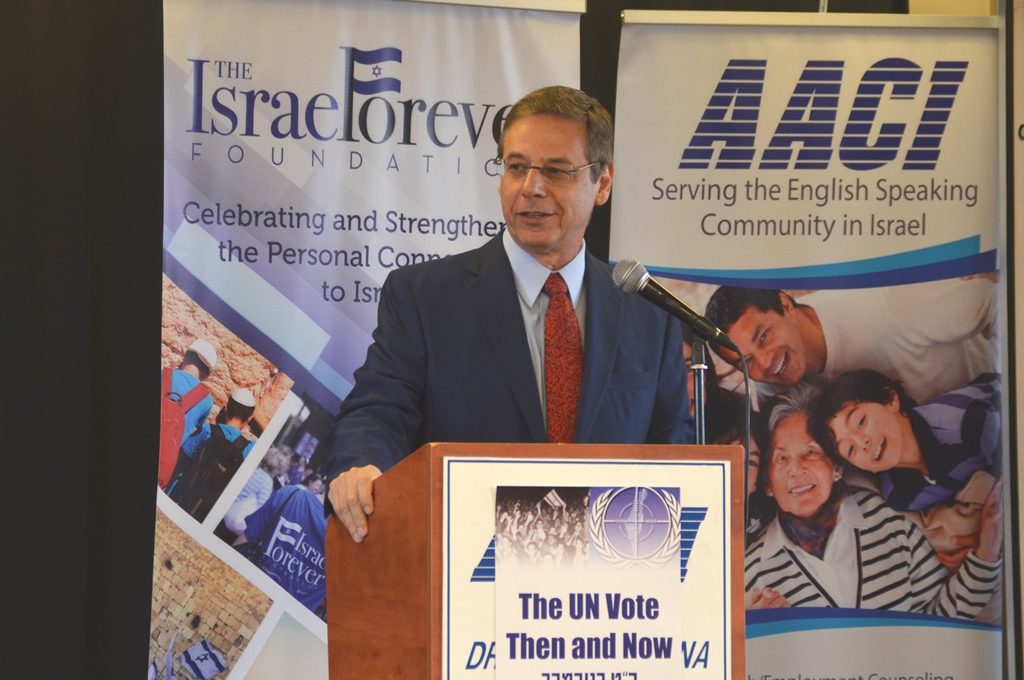 Workshops were held in the afternoon on topics

The morning panel on Public Diplomacy on Shaping Social Action

and Ashley Perry (left to right) spoke about current advocacy. 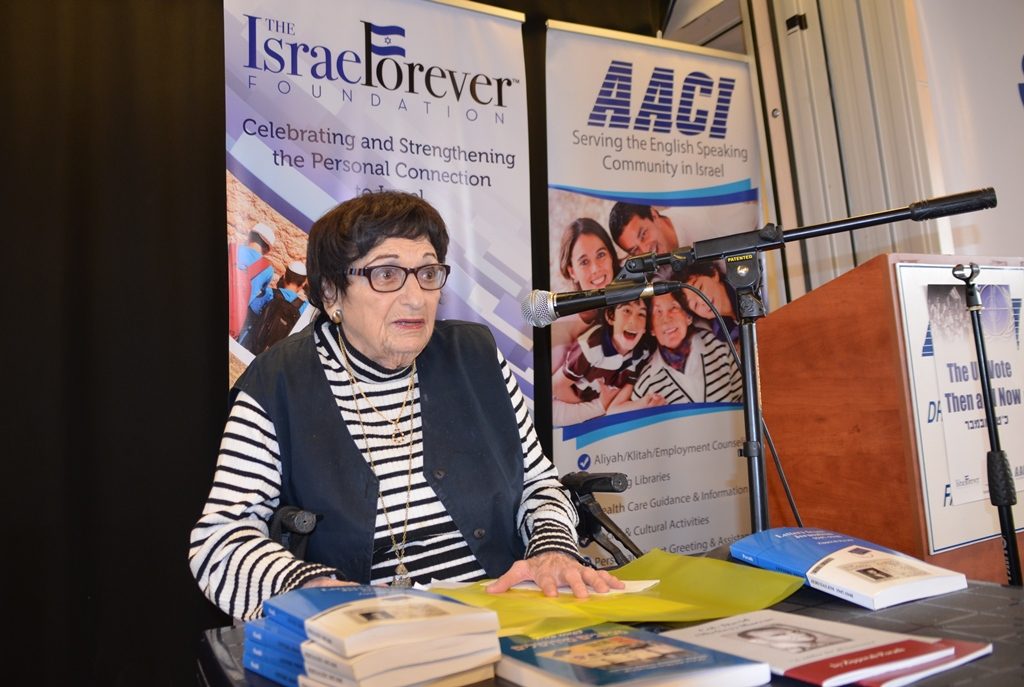 of the excitement that filled the Jerusalem streets many years ago

when the UN made possibly its first and last pro-Israel proclamation.

The World Zionist Organization marked 70 years since the historic vote 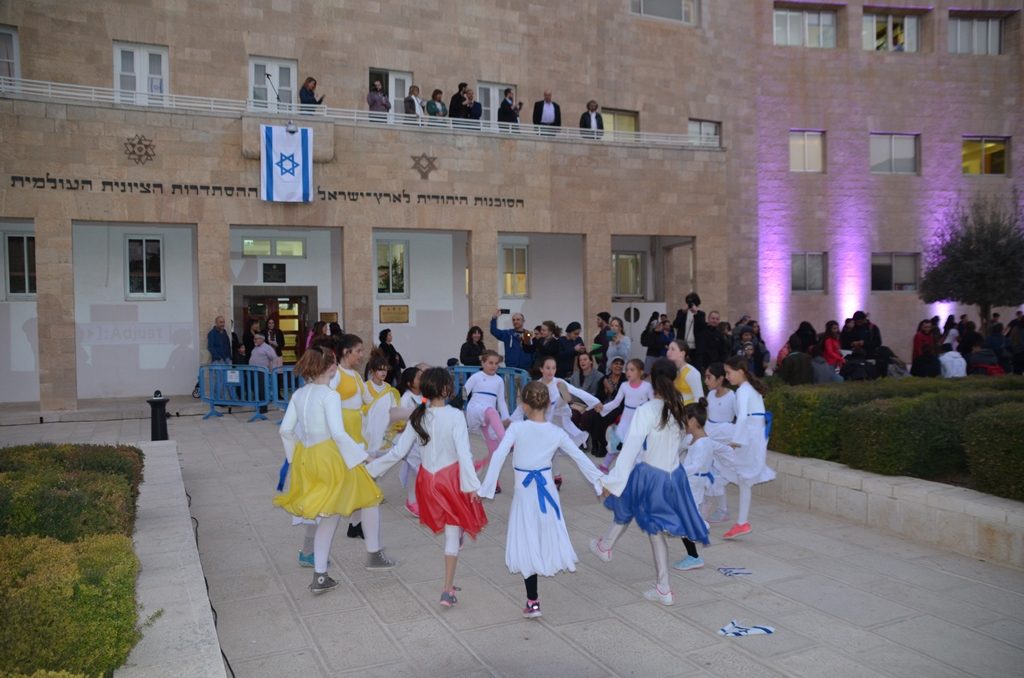 with music and Israeli dancing.

Zionist leaders were again on the balcony watching the proceedings. 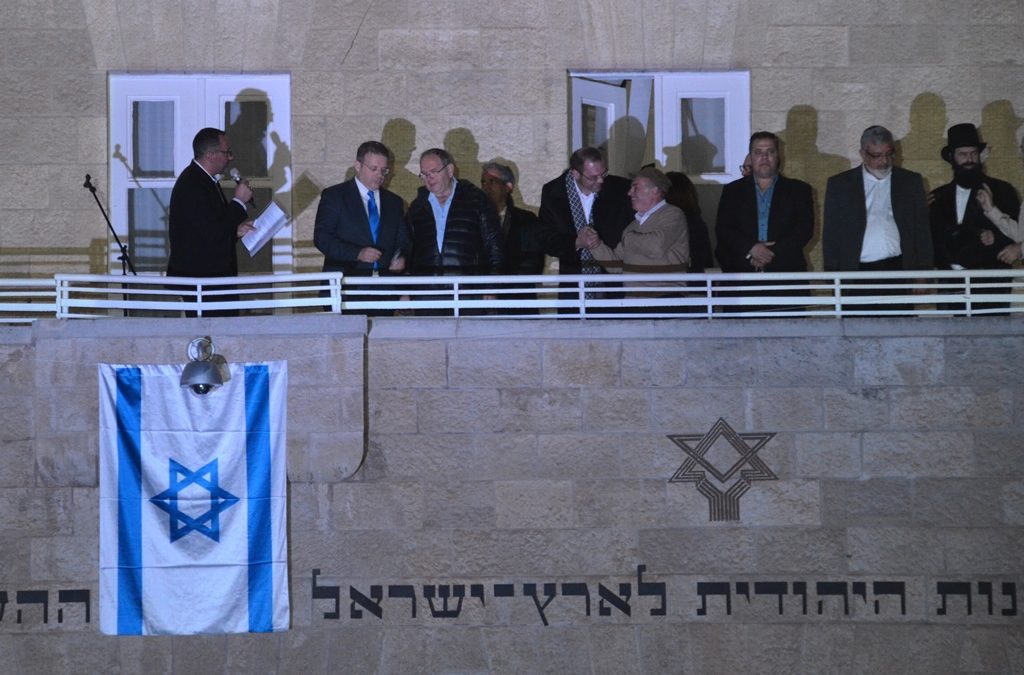 That is Yaakov Hagoel and Avraham Dudevani on the left, Natan Sharansky in the middle,

and Theodore Herzl on the right side of this photo. 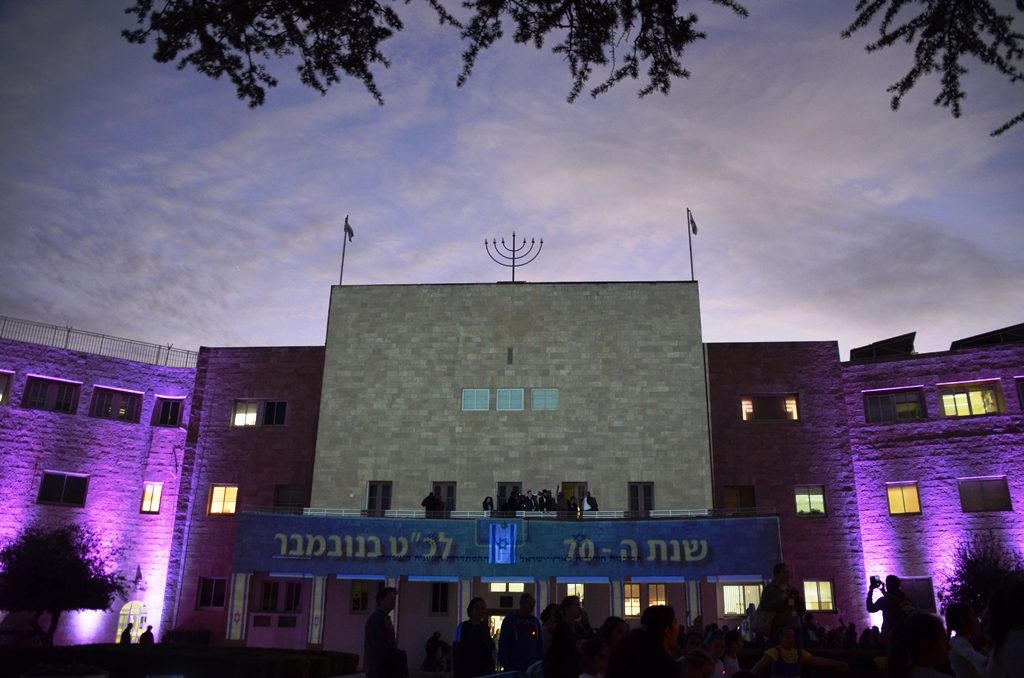 Lights and visuals were projected on to the building.

Could Theodore Herzl imagine such a scene? 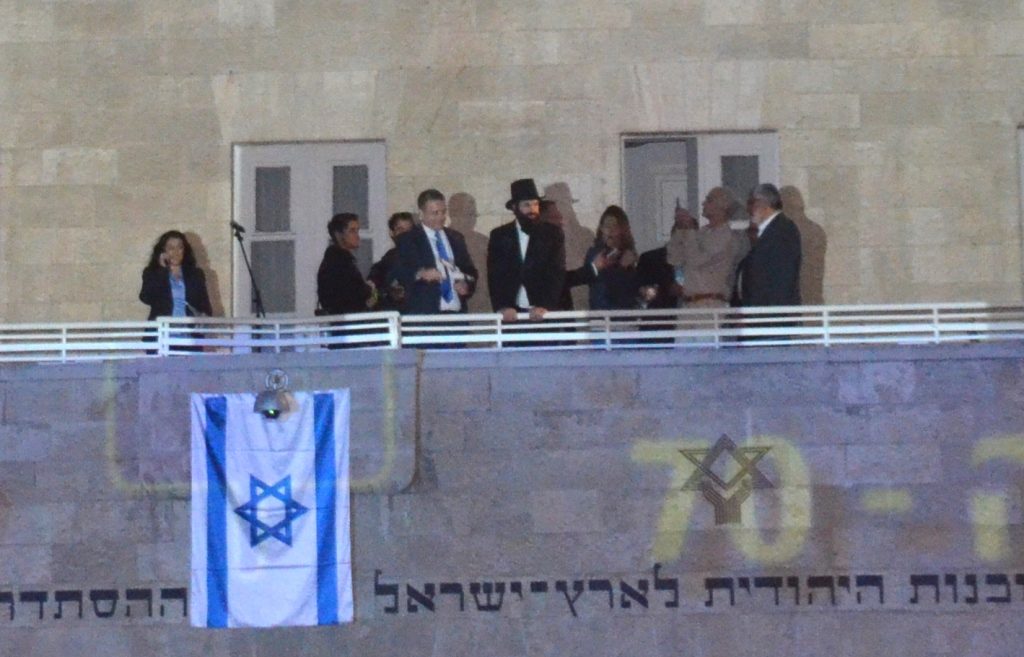 while standing there next to him.

the beginning of the mass exodus of Jews from Arab countries,

Most came to Eretz Yisrael,

and after many hardships, began new lives.

This year Sigd was celebrated on November 30.

After thousands of years of going to mountain tops 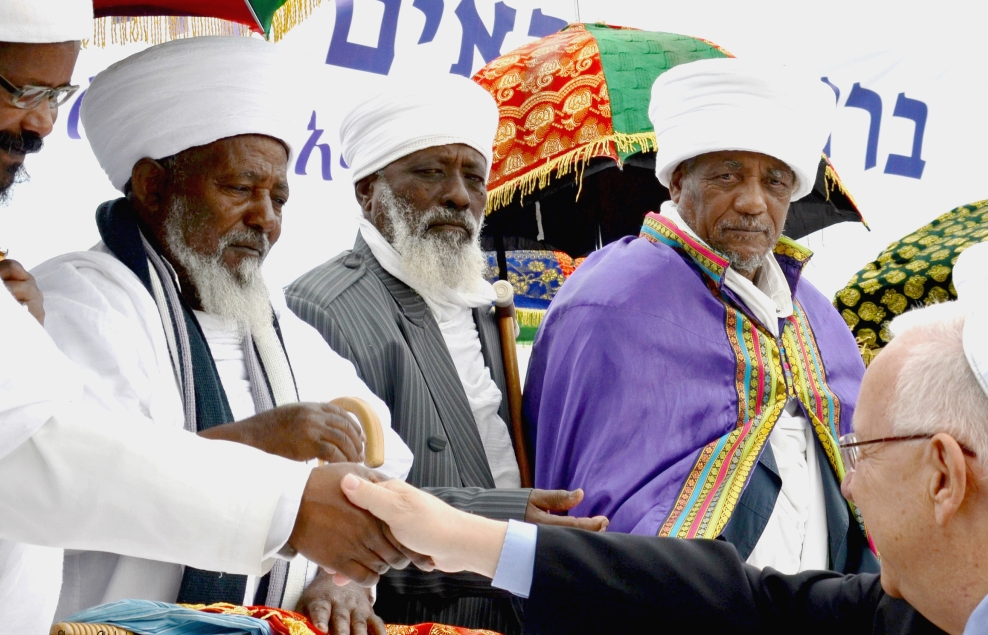 and yearning to return to Jerusalem,

the Ethiopian holiday has become an official Israeli one.

so besides Israeli and Ethiopian dancing, 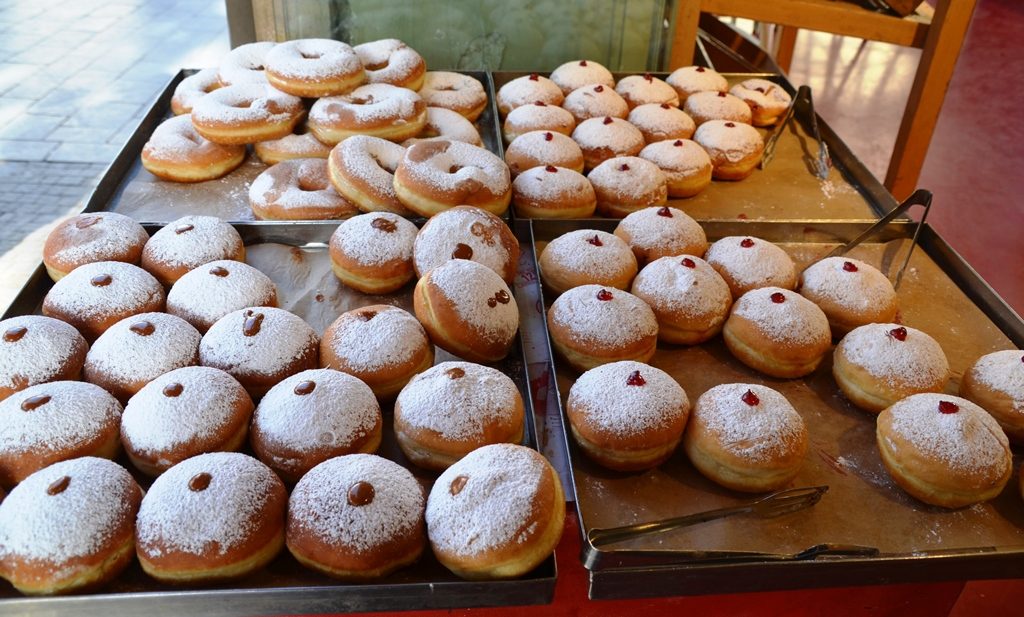 the streets are beginning to be lined with suffganiot,

The Hanukkah donuts season has begun.

4 thoughts on “29 November Celebrated in Jerusalem”