While the mainstream media did an extensive job of covering

the “riots on the Temple Mount,”  there was far less coverage of how

Jerusalem, Israel, was crowded with visitors for the Sukkot holiday.

It was impossible to count the huge numbers in the Old City, 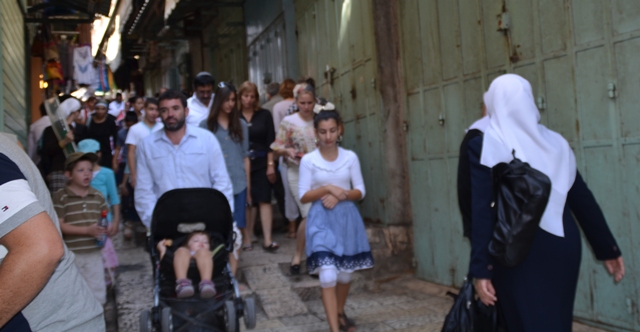 This Arab woman may not have smiled,

but she did not fear revenge as she tried to pass through the crowd. 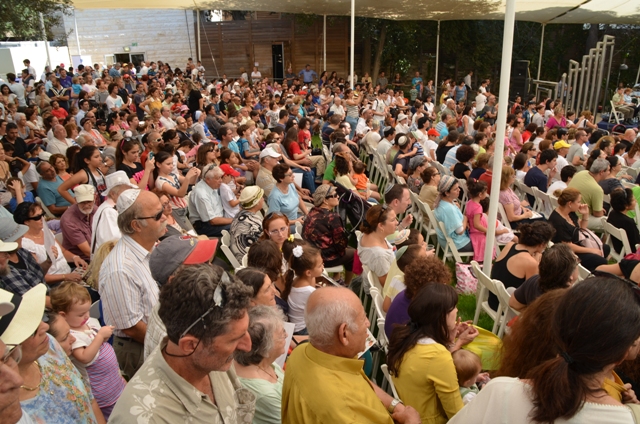 perform in the outside gardens, 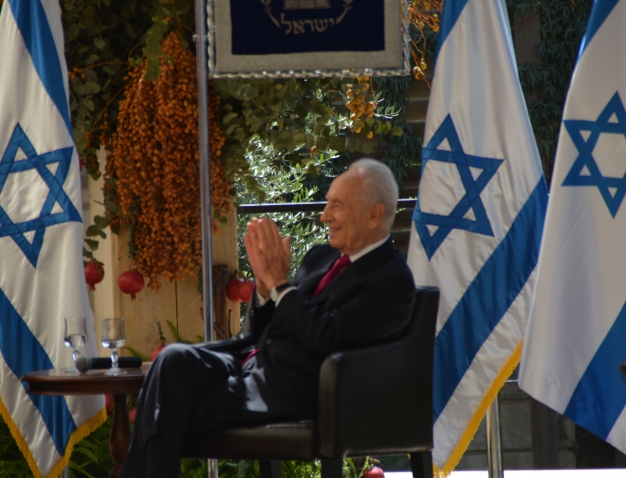 while Israeli President Shimon Peres sat and smiled on stage.

Thousands and thousands of visitors were on the Jerusalem streets, 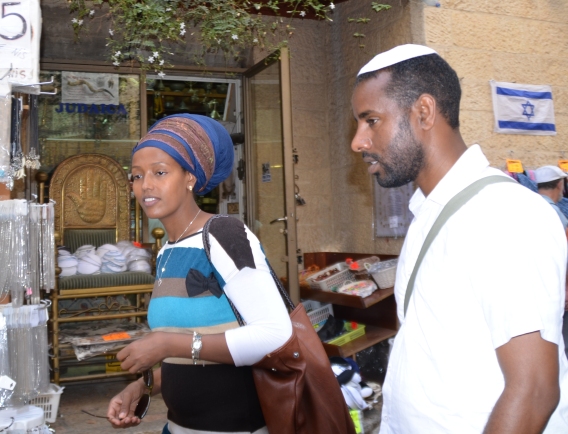 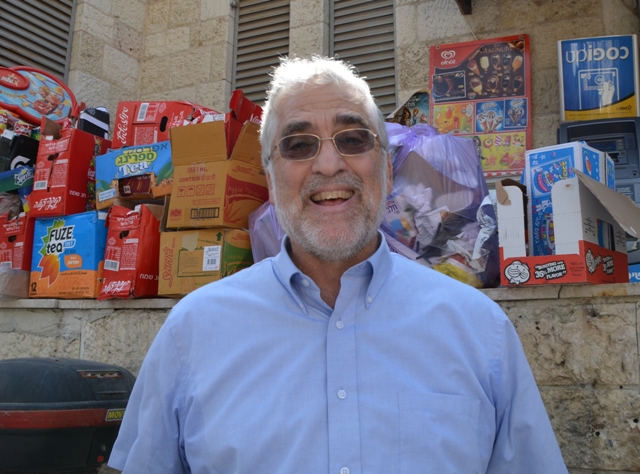 and smiles that stood out in the crowd. 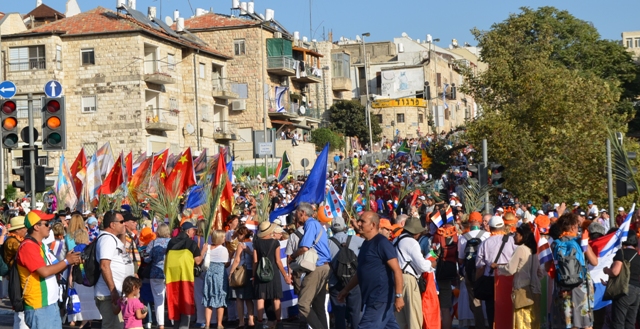 For the Jerusalem Parade over 6000 people from all over Israel

and from 60 countries marched through the center of town.

There were only two participants from India,

but many countries had very large delegations.

Spectators, including many young children, were excited

to see the costumes and receive small flags from around the world. 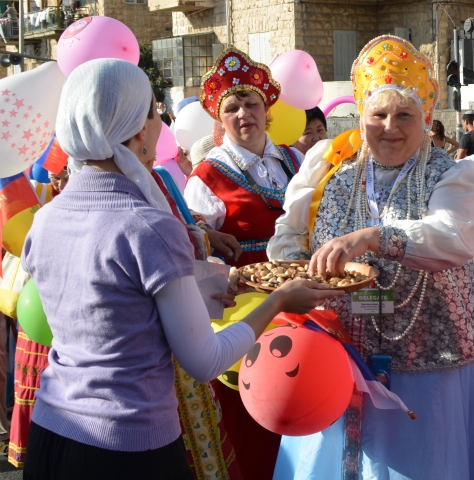 This young woman offering a snack to marchers

received many smiles and thanks.

As usual there were countless meetings with friends

and family reunions during the holiday vacation week. 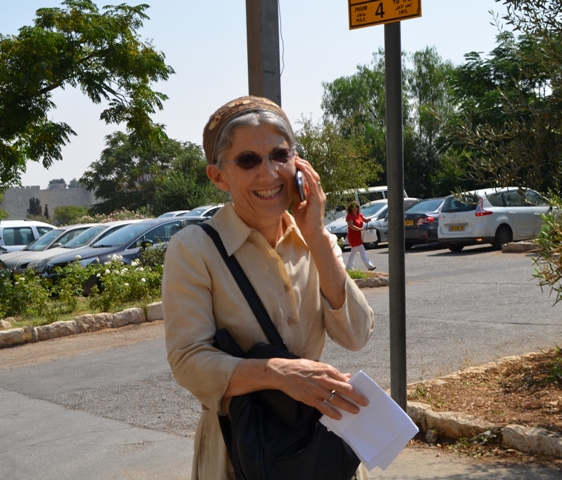 How special to be able to smile when organizing a group

that does not show at the right place or the right time.

Many people stopped and smiled in the Kikar Zion, Zion Square, 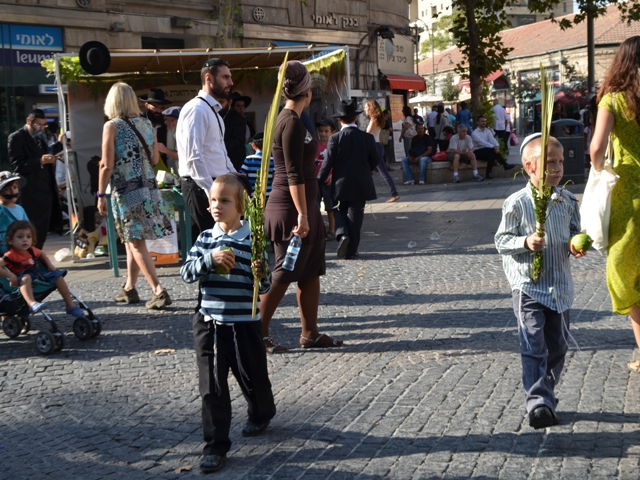 as Chabad had young boys offering lulav and etrog to those who passed by. 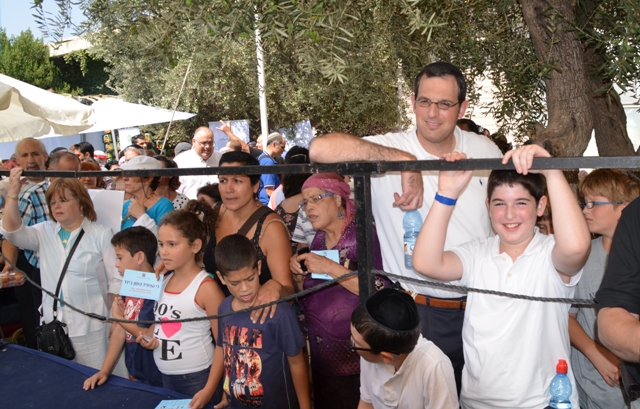 There were so many smiling faces of children on family outings. 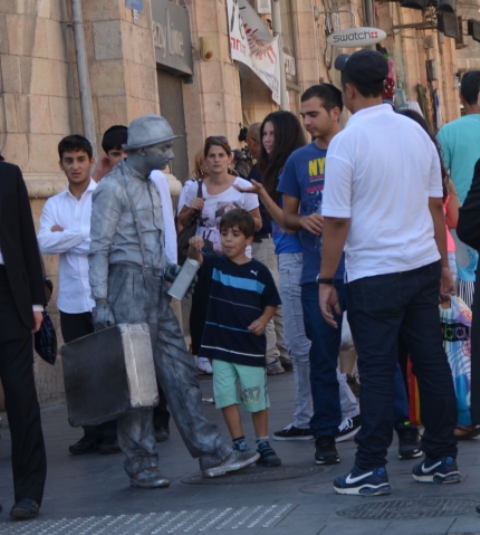 This mime on a street corner got attention, a smile and money.

There were too many concerts and musical events to mention,

but one of the last ones was Hakafot Hasheniot, the second Hakafot.

For the 31st year, live music and dancing 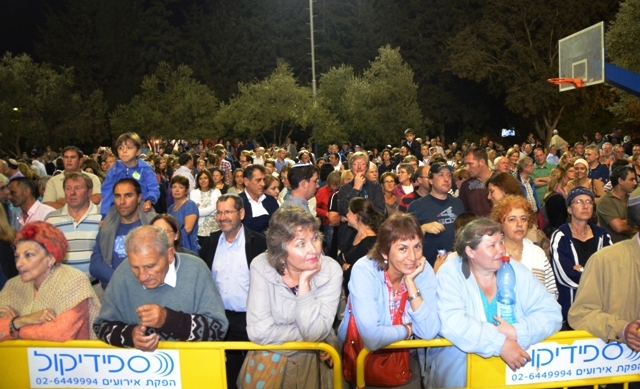 Hundreds without tickets had to stand in the back,

but some were still able to smile at the end of a long holiday week.

Both of Israel’s Chief Rabbis addressed the gathering, 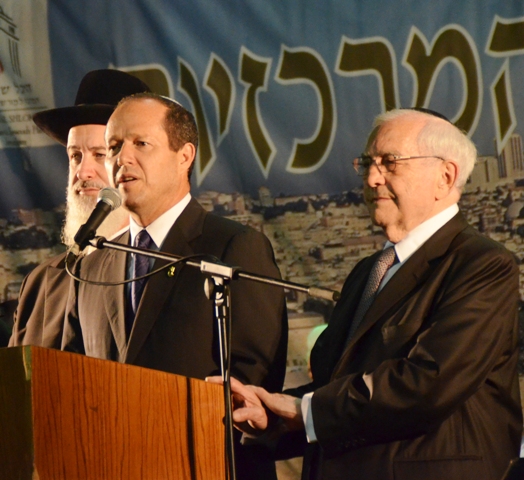 as did Jerusalem Mayor Nir Barkat. 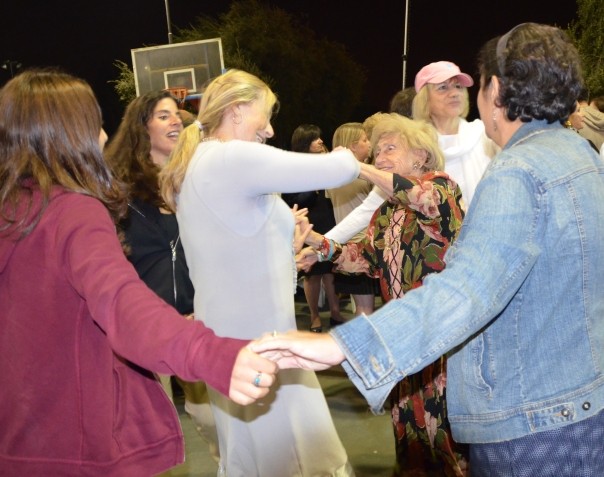 and women were dancing and smiling too. 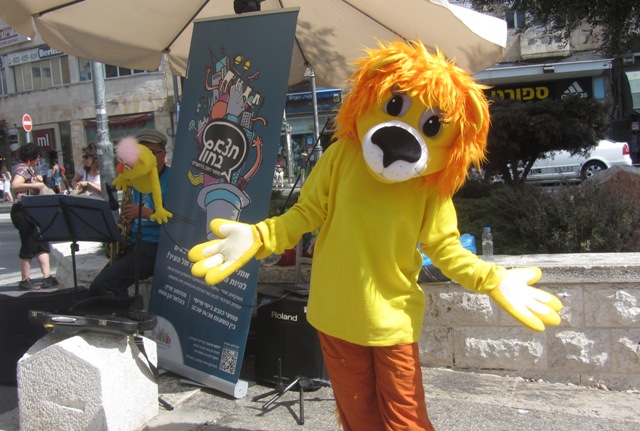 There were colorful characters 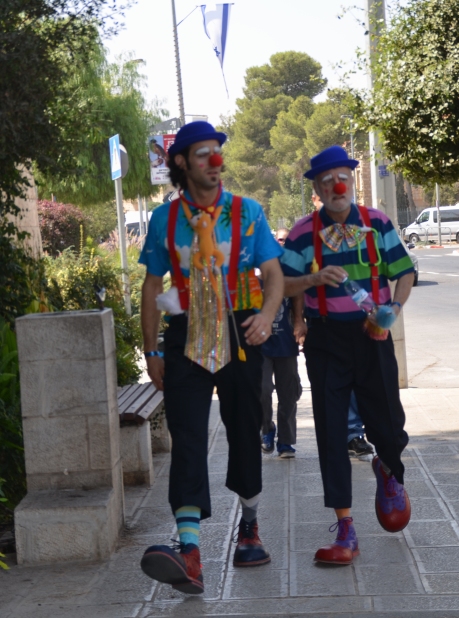 even clowns on the streets, 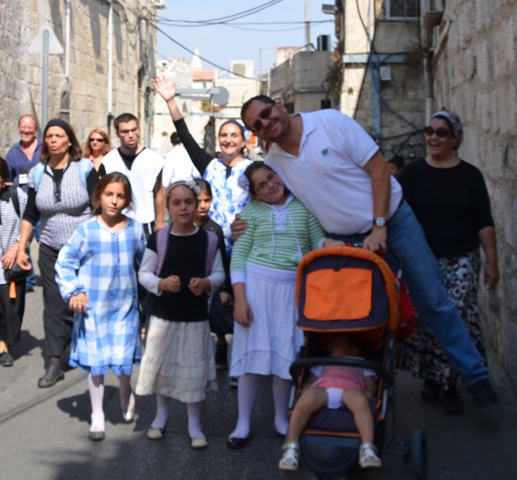 but I especially liked the many families with big smiles. 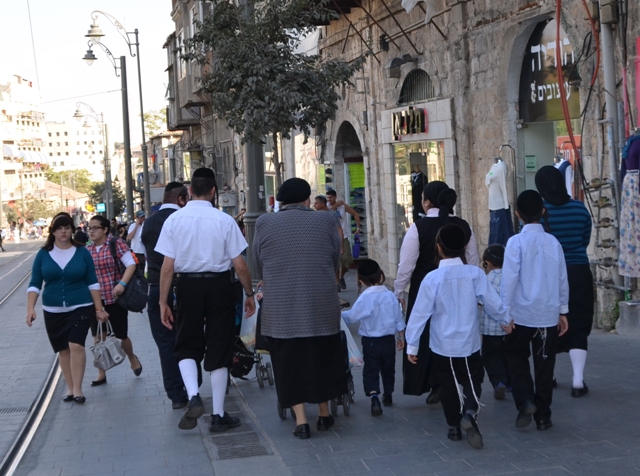 Holiday time is over.

Now it is back to school and back to work.