If you followed the headlines about Jerusalem, Israel, this week you saw elections, politics and more politics. 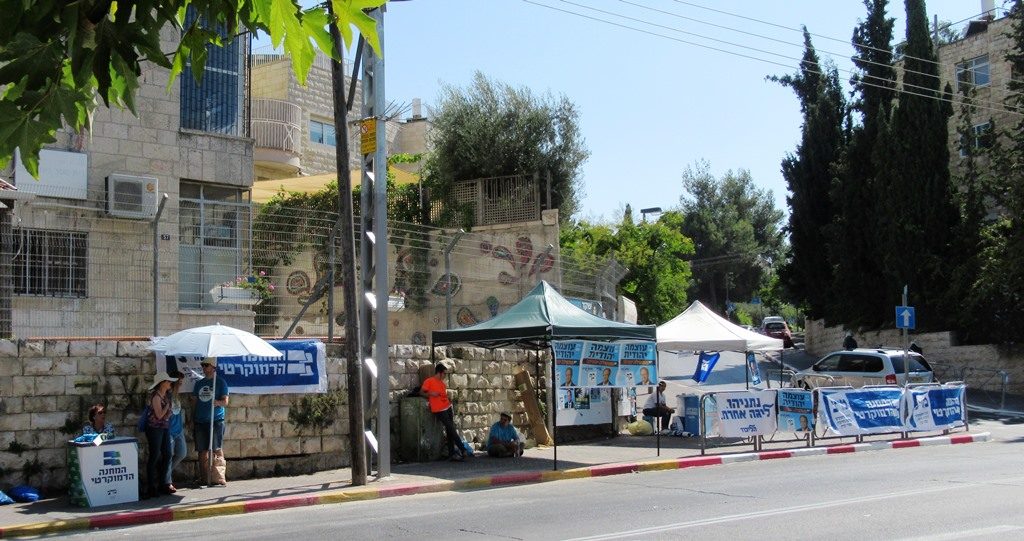 Our voting place was very quiet midday, though there were more party booths than last time. I went at that time hoping to interview voters in line, but there were none.

Jerusalem streets seemed strangely deserted on election day and the day after. 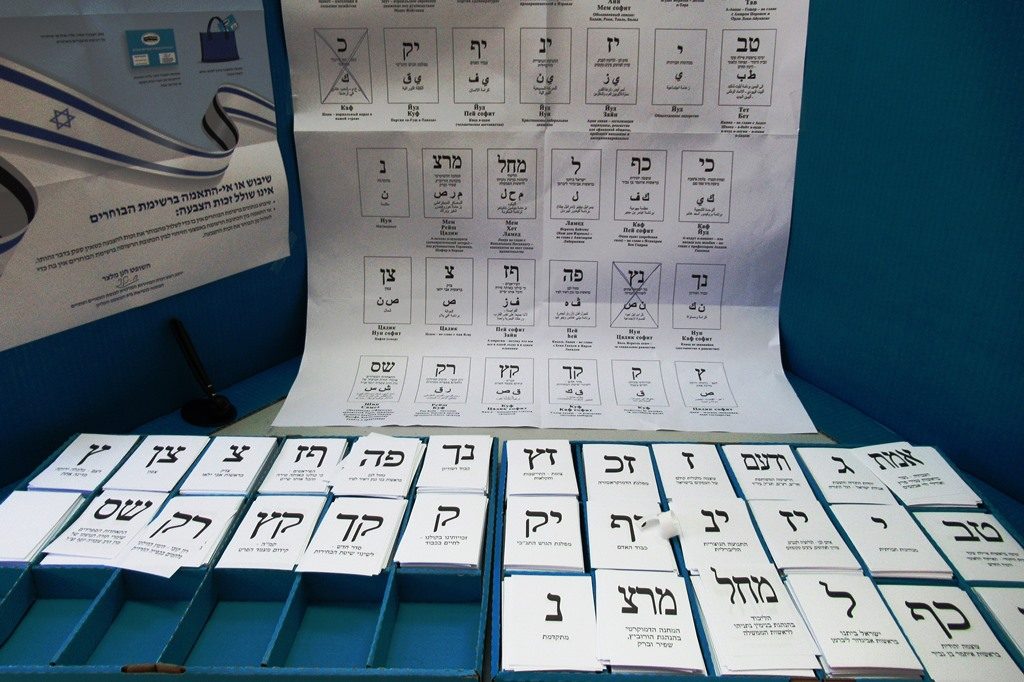 There were fewer paper ballots for political parties than the previous election so you might mistakenly think it would be simpler. President Rivlin has been busy working for a unity coalition government.

However, still, could we possibly go to election #3?

Meanwhile, I have cut an exhausting list down to 10 of many more happenings: 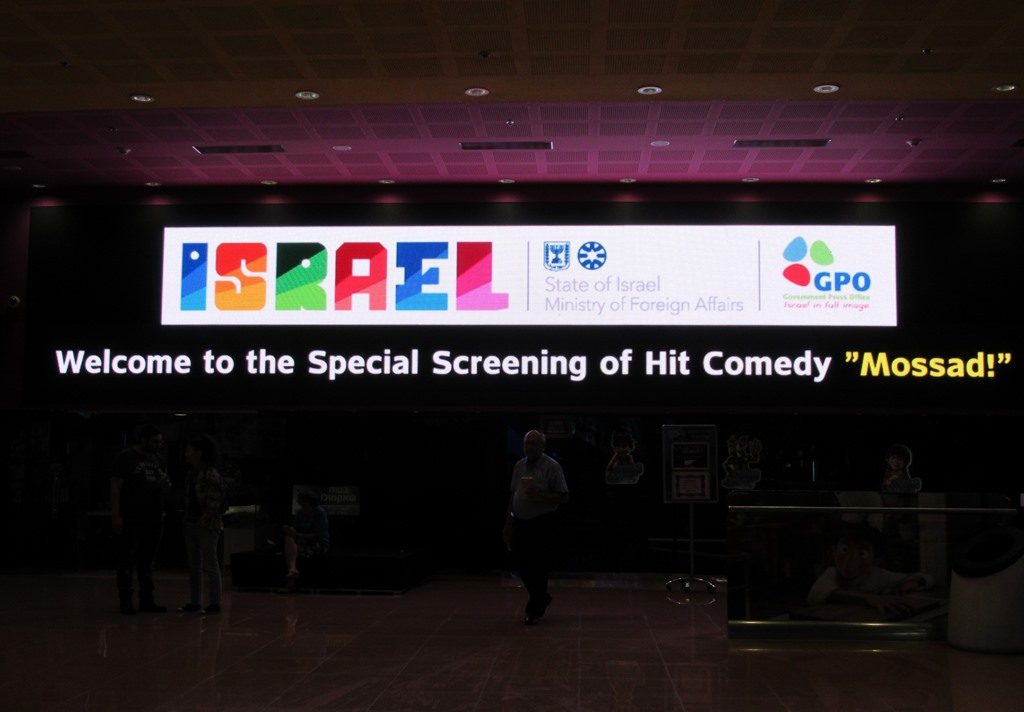 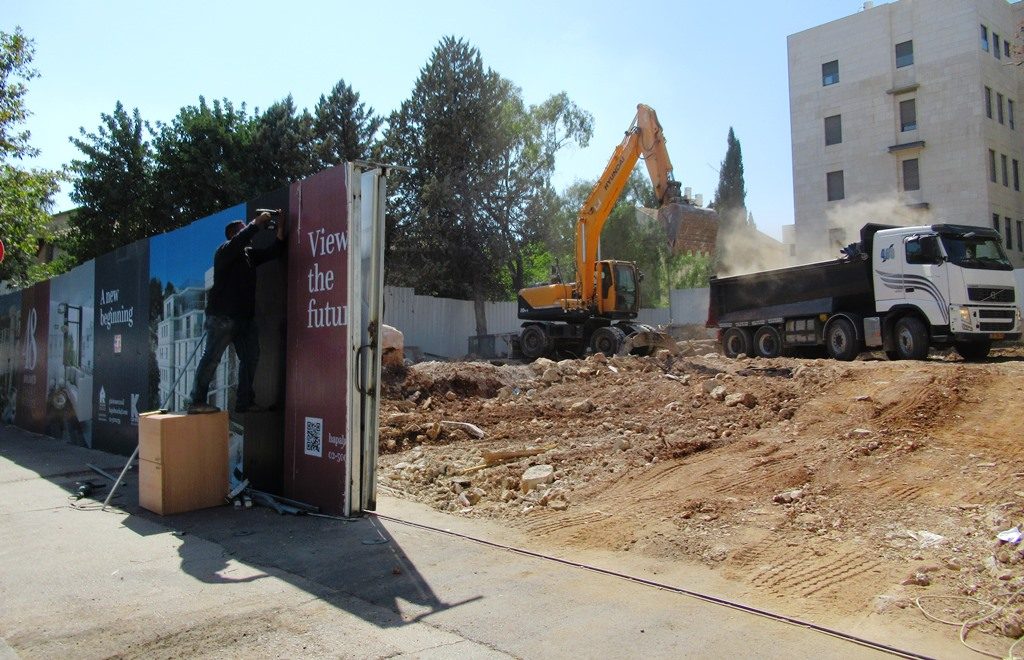 2. But back on the streets, “A new beginning” was posted on this construction site near where we voted. I could write new construction and building posts every week! 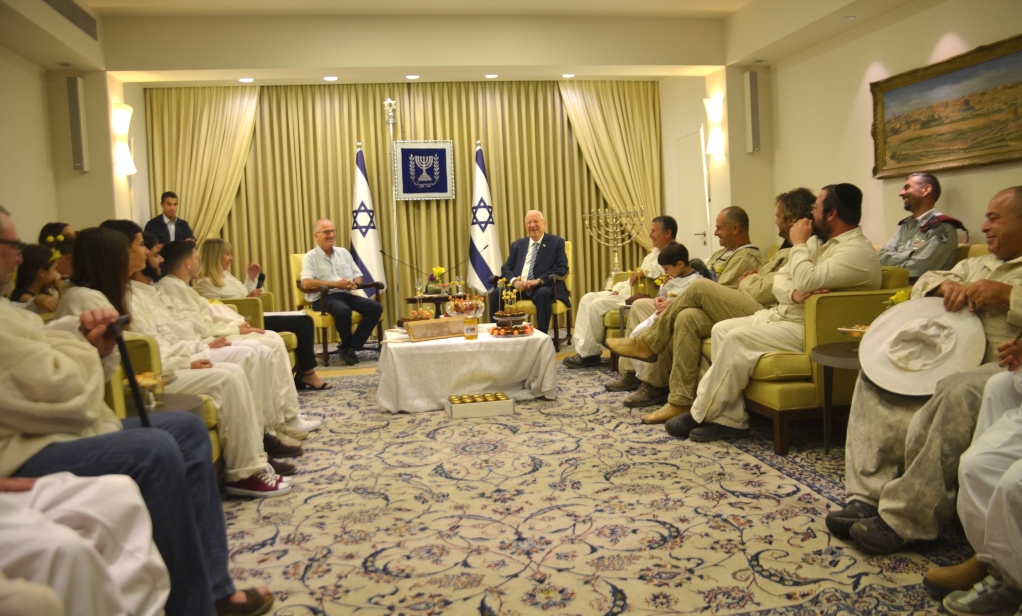 3. In honor of Rosh Hashana, the Jewish New Year, President Reuven Rivlin had his annual meeting with beekeepers. Three generations attended. The President was presented with new honey, branded with a photo of his late wife Nechama on the label dedicated to her memory. 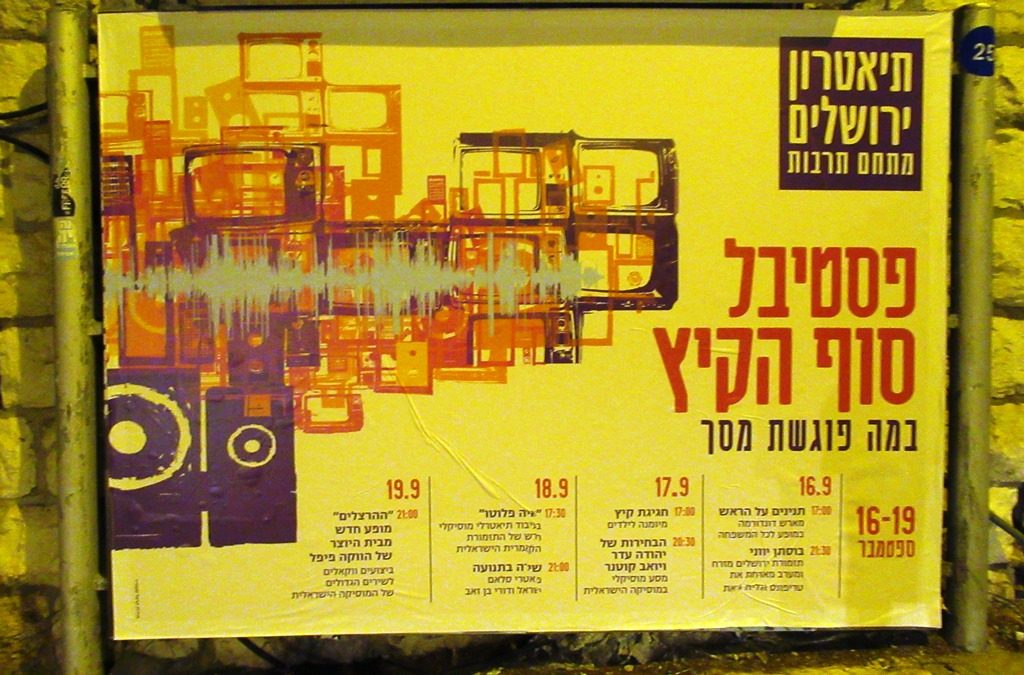 4. You know it’s the end of summer, not only by the cooler evenings but also by the Jerusalem Theater festival. 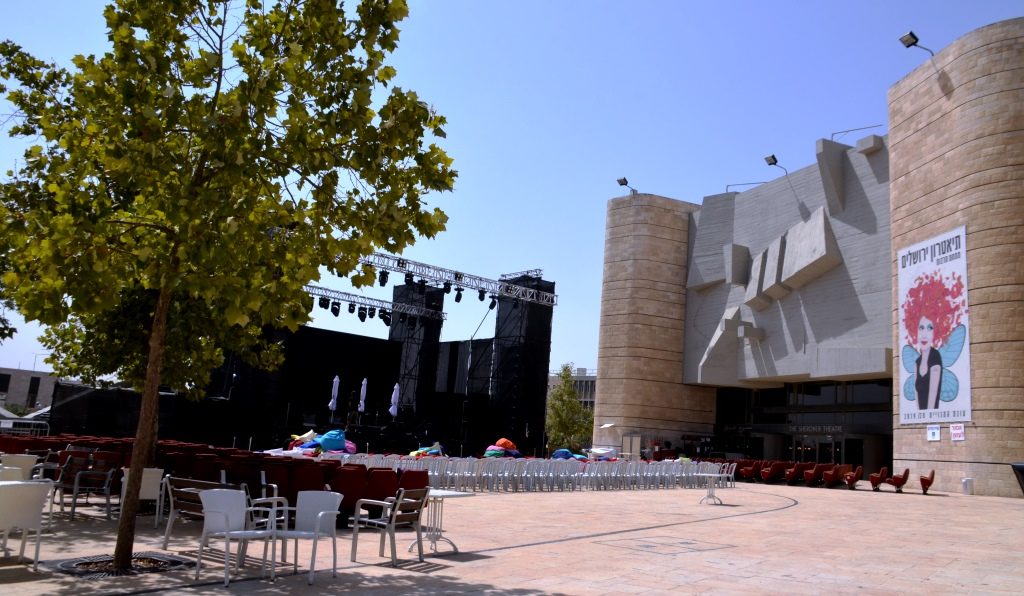 On the nights from September 16-19, the plaza was filled with music and celebrants. 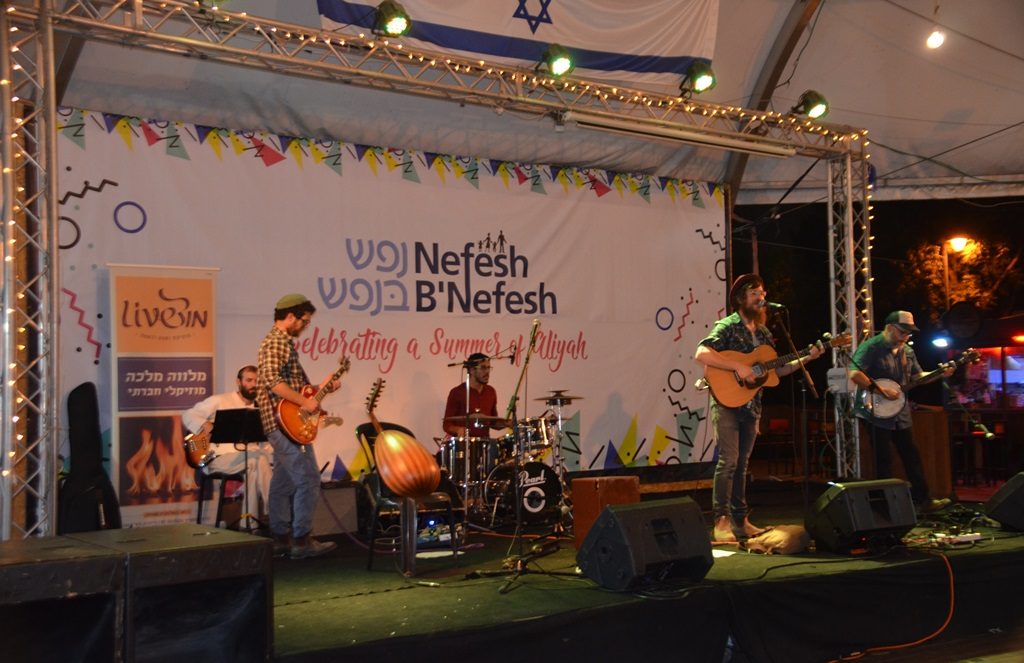 5. More music at First Station, with live music before Shabbat at Kabalat Shabbat and after Shabbat, at the Melava Malka celebrations. These are regular free events featuring various musical entertainers.   The group Feter Hendel played for their first time at the open stage venue.

Beit Avi Chai is one of many other locations which has a special music event this week. 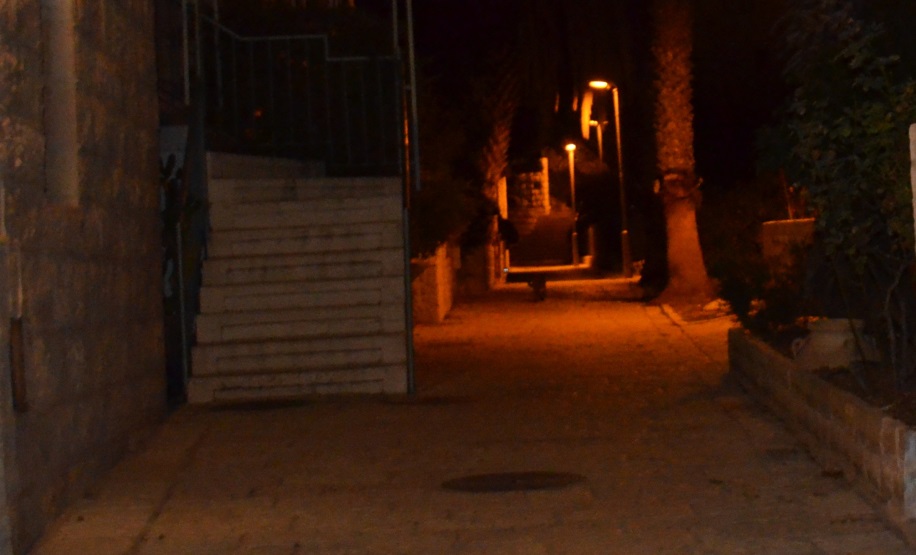 The streets of Yemin Moshe are usually dark and quiet at night.

6. However, the sounds of the Solomon Brothers’ musical selihot filled the alleyways after Shabbat for the first set of the Ashkenazi selihot, the annual prayers prior to Rosh Hashana and Yom Kippur. 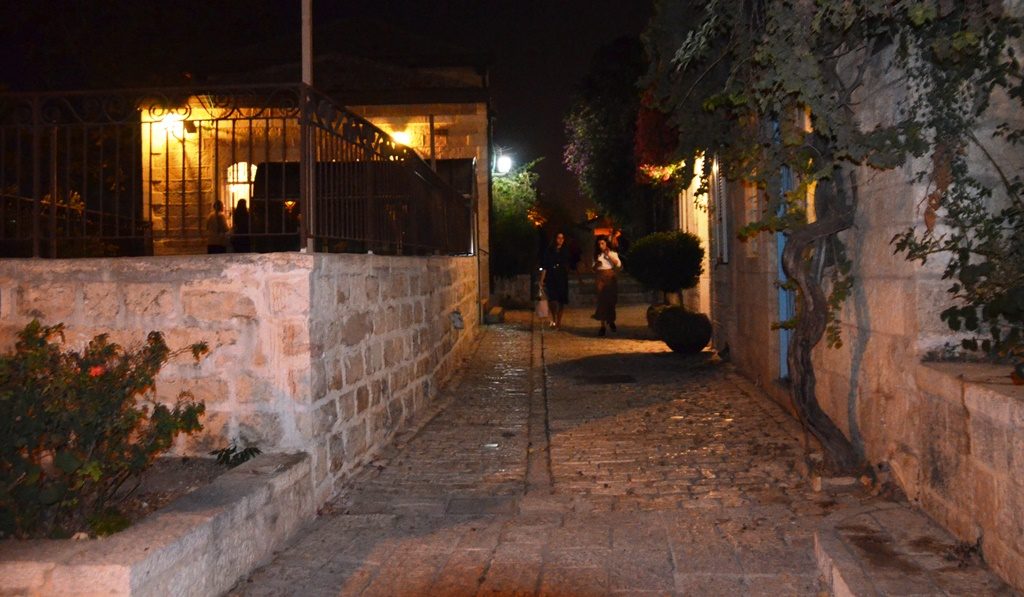 As in the past, the women’s section was filled to overflowing and young women either stood outside to listen or left to find other services. 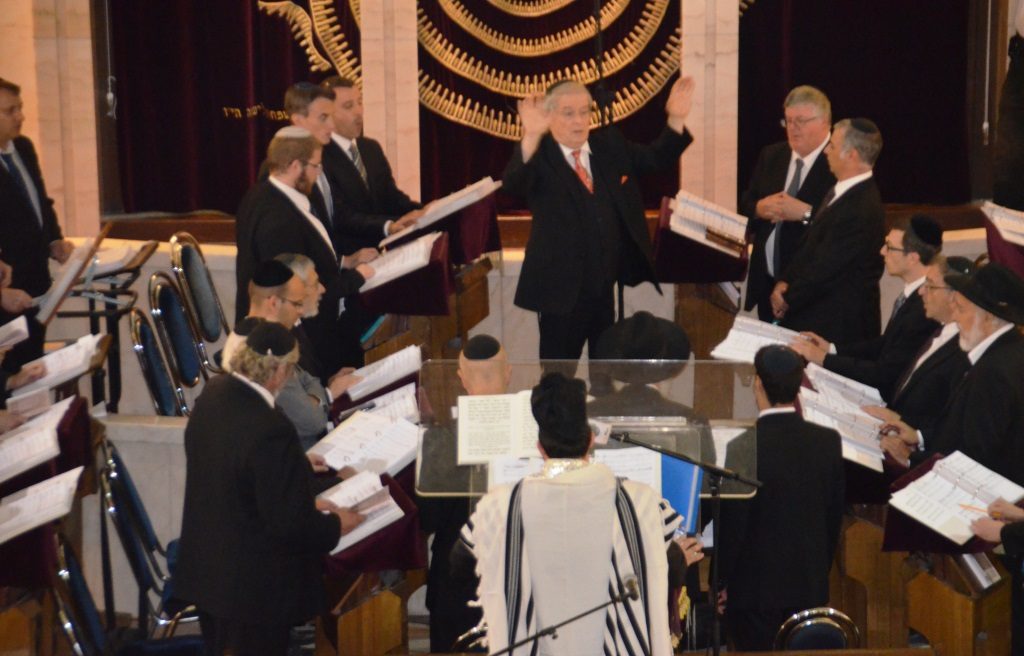 At the Jerusalem Great Synagogue, the choir and Chazan led selihot.

7. Same prayers, but a very different sound than the music of the Solomon Brothers.

Thousands attended selihot services at a long list of locations around Jerusalem.

Meanwhile, cafes lining the streets were filled with diners, and wine glasses emptied.

One couple was sharing a sushi platter, away from the cool night breezes.

Skateboarders were flying through the air in the Liberty Bell Park skatepark.

I passed dozens of tourists walking to late-night activities.

This time of year, before the holidays, weddings and engagement parties are planned. 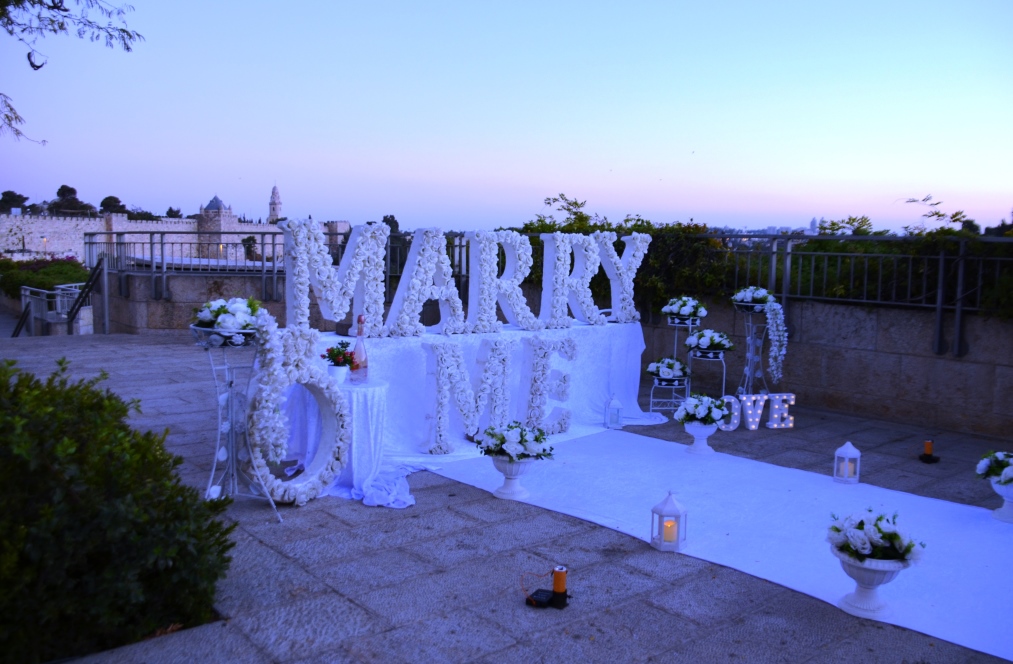 But for the first time, I happened upon an elaborate set up for a wedding proposal! It looked like she said yes. 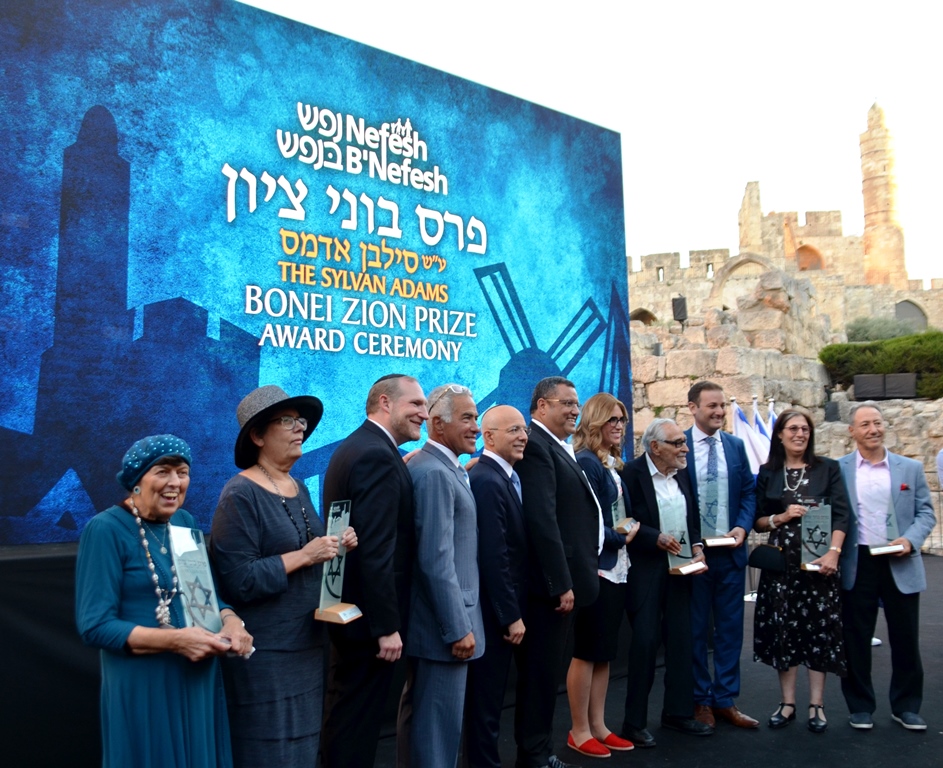 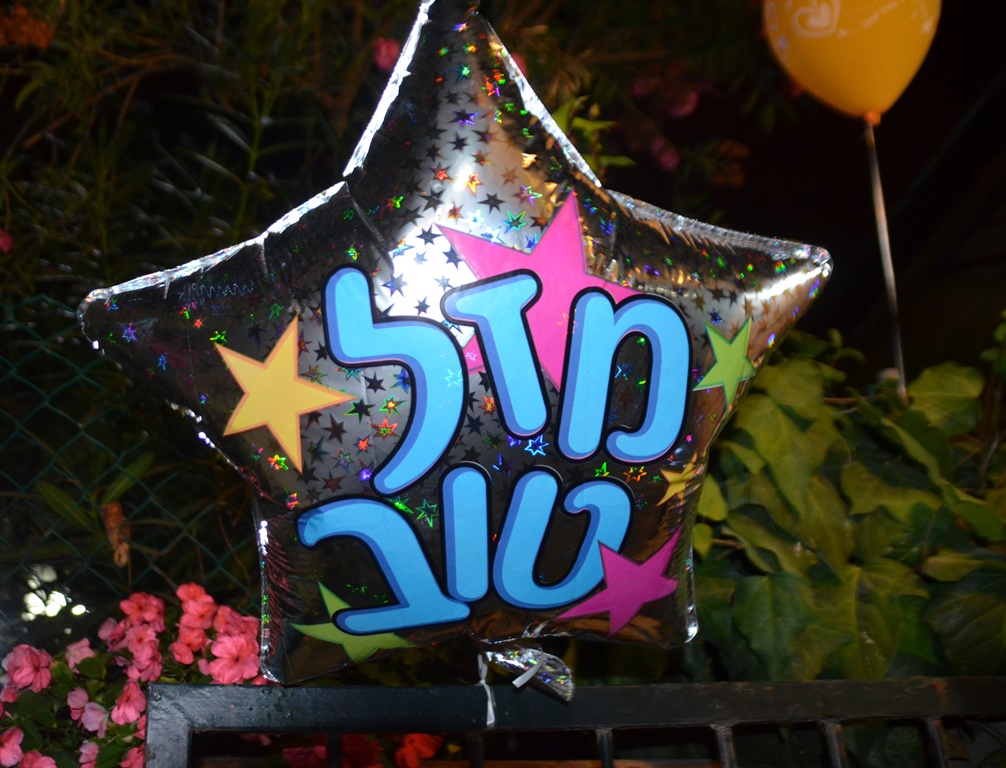 Mazel tov to all!

Headlines were filled with political positioning. But of those sunsets this time of year!

9. But in Jerusalem book launches seem more frequent. I shared here about Rabbi Meir Soloveichik’s new book. Recently Freddy Freundlich’s Born on the Right Side of the Tracks was a compelling story. Last week Cheri Tenenbaum launched her personal story in “Woman of Few Words.”

“Palestine Posts” compiled by Daniel Chertoff with a first-hand account of Jerusalem in 1947- 1949 was launched.  Chertoff read from the powerful and beautifully written letters of his father Mordecai Chertoff z”l who worked at the Zionist ‘Palestine Post’ which became the ‘Jerusalem Post’ during the critical years of the founding of the State of Israel.

10. Big excitement in sports – the Israeli Baseball team qualified for the Tokyo Olympics in 2020! 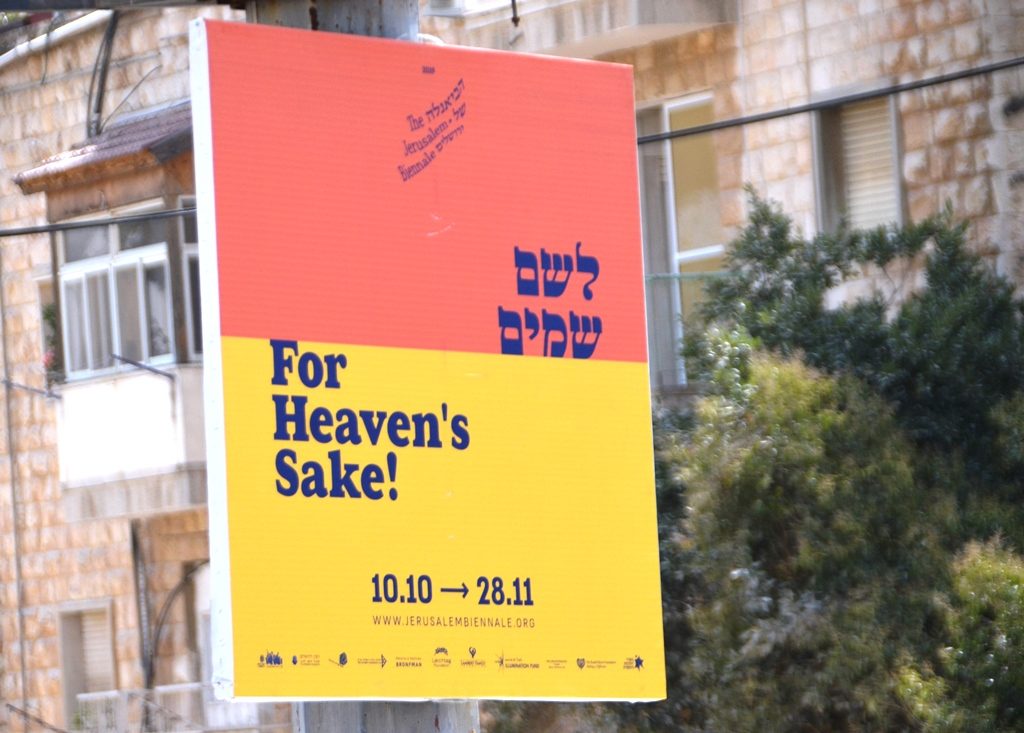 And what’s next? For Heaven’s Sake!

The Jerusalem Biennale for Contemporary Jewish Art, with 200 artists, 30 exhibitions in 14 venues. The full listings can be found HERE

From the land of milk and honey, it is time for apples and honey for the new year 5780. 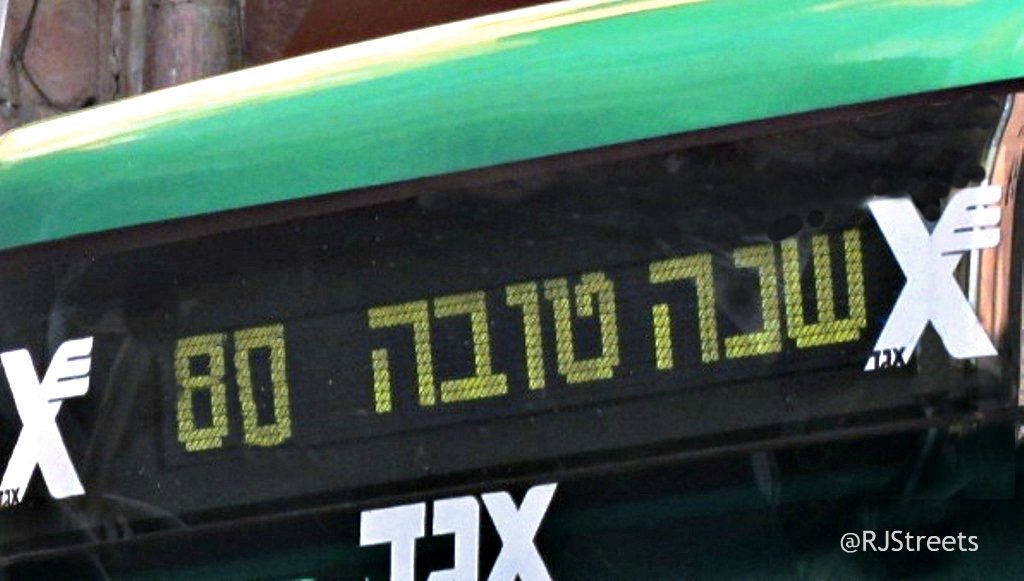 6 thoughts on “10 Alternatives to Politics and Elections in Jerusalem”