Oh how many times have I said, “Timing is everything!”

The Prime Minister is in Tel Aviv giving his innovation speech to a Cybersecurity conference. I think I know most of it by heart, especially his example of agritech, where Israeli drones can water one thirsty plant out in the field.

In Jerusalem, Israel, conferences on health, society, and more are filling numerous hotels. 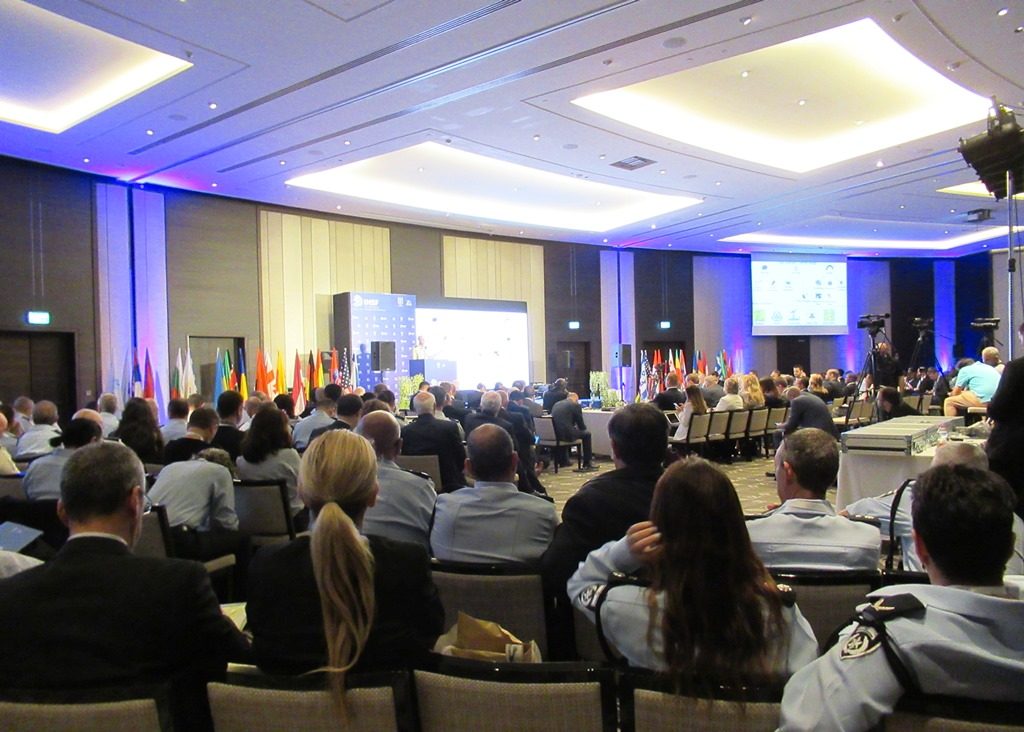 What a difference a week makes! I had to research the US delegation head last week. 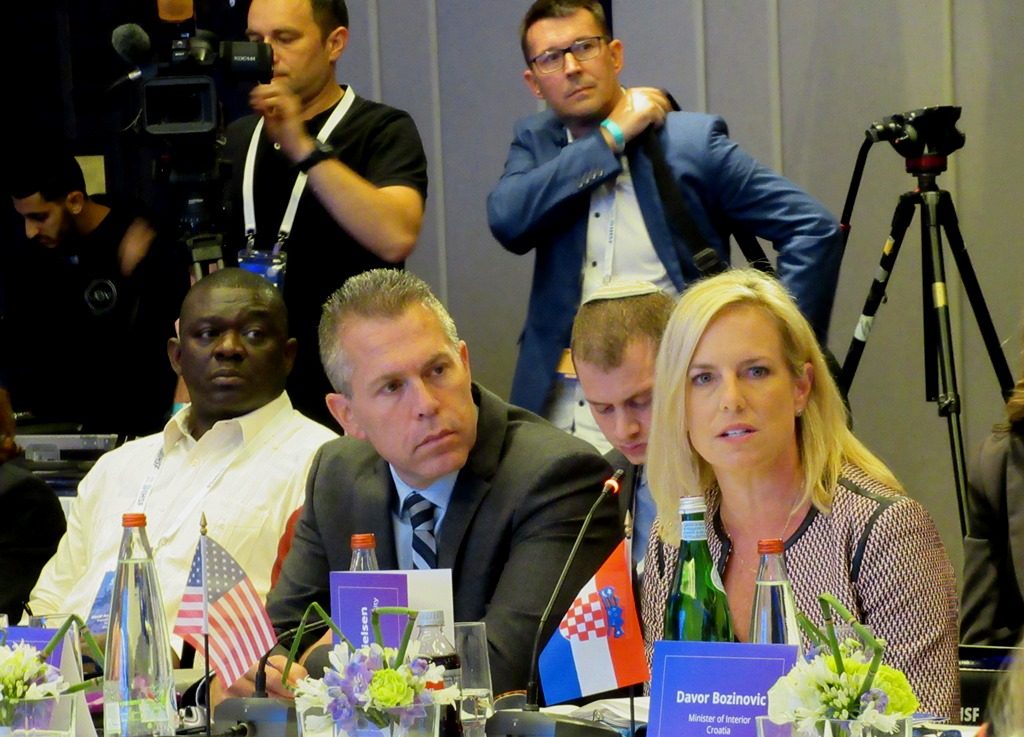 I would bet she enjoyed the Israeli conference much more than being chased by protesters from a Mexican restaurant last night in DC .

Besides hundreds of police officers and international officials, the heads of Israel security also attended. 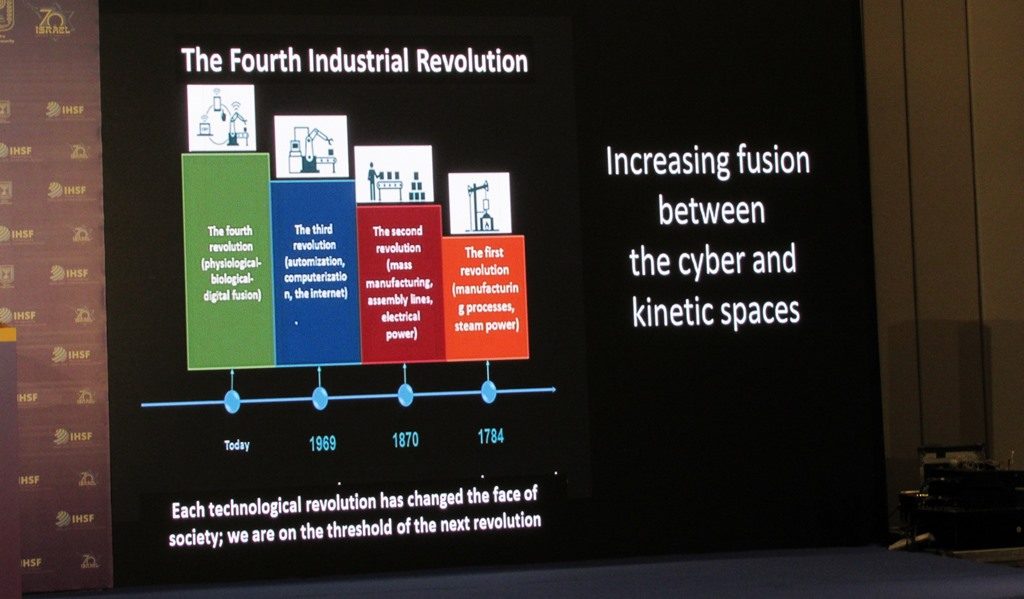 Sorry some slides are top secret, but I thought this one was interesting and shareable. 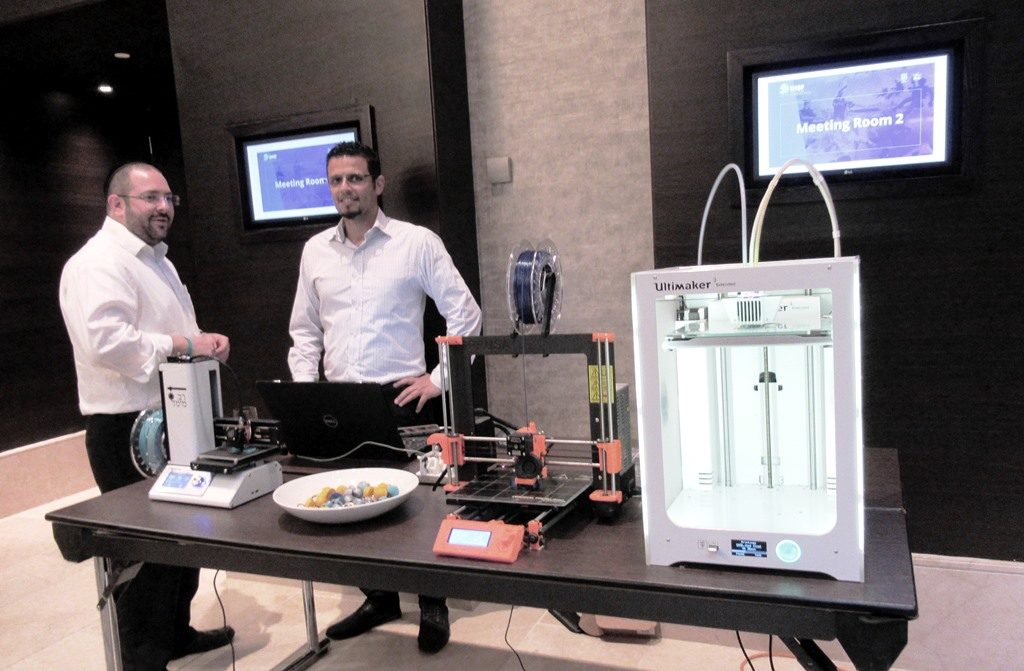 Room #2 was off limits. But these three 3-d copying machines were going strong for all to see.

Israel President Reuven Rivlin attended, spoke for a few minutes, and was on his way in no time. 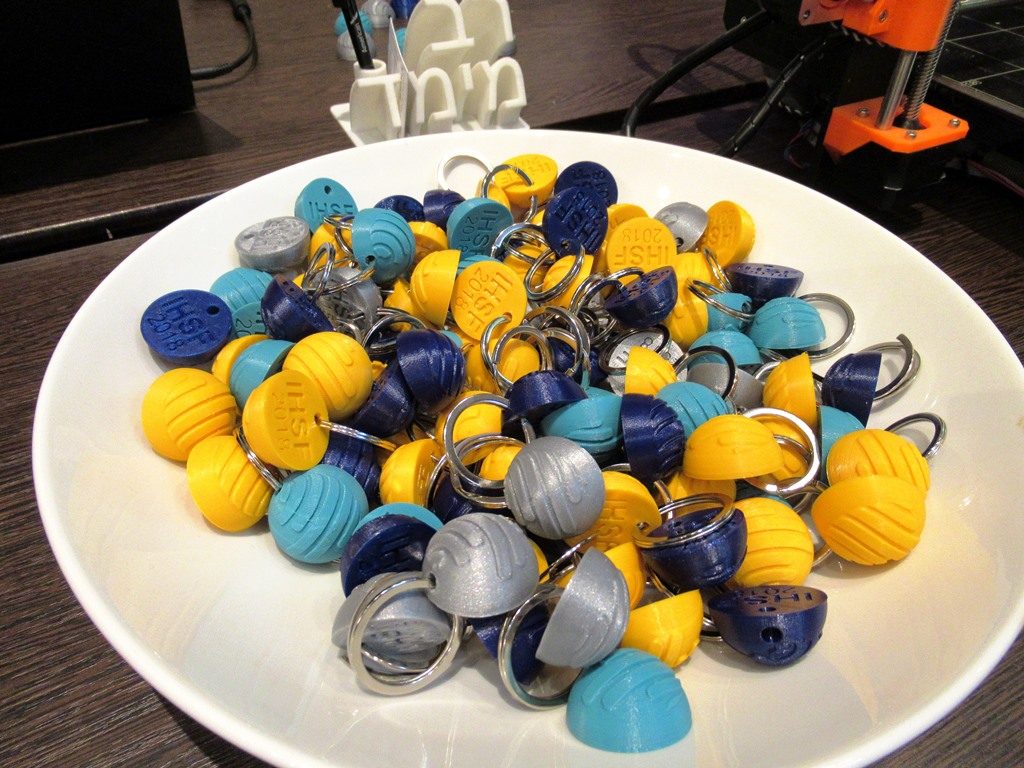 Shame he missed getting one of these key chain holders made by the copying machines.

They tell me 3-d chocolates are next. Now that is something worth waiting for.

On the topic of timing and waiting, there are two very short videos clips I have been waiting to share.

Student robotics champions were at Beit Hanasi, the Israel President’s residence, in the room to greet official dignitaries, to demonstrate their winning entry.

Oh dear, that is me trying to be quiet and not succeeding.

A demonstration of how a few tense seconds, less than a minute, can feel so long.

But there you have it, after a bit of delay, the robot threw the ball as intended.

For those who cannot read Hebrew, the orange sign in the middle announces that it is Yoga week from June 17-22.

The Big Dream poster on the left is a special event in honor of International Yoga Day, with music and decorated yoga mats in Hinnom Park near the Old City walls.

Another one of those “you never know what you will find next” on Jerusalem streets.

Innovation and tech. The big deal tonight is at WeWork Creator awards in the Arena. From the 1300 videos entered into a competition, 10 finalists will be on stage to present to thousands of participants coming by free shuttles from around the country for food, entertainment and more. Perhaps next week I will share my video.

Out on the streets, one simple pleasure. 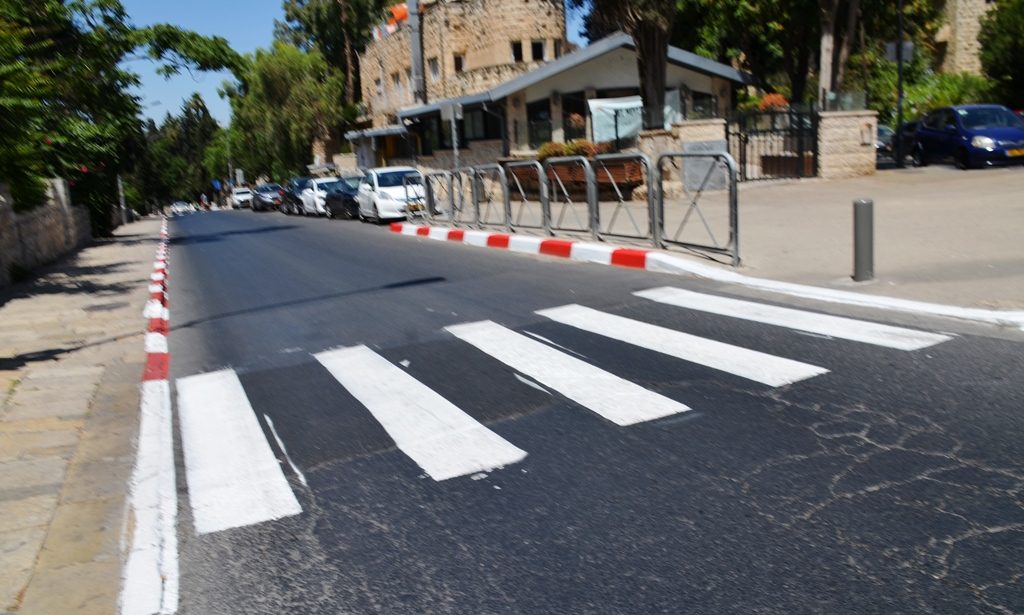 Appreciating the simple things, new white lines have been painted to make pedestrian crossing a lot safer at this busy corner.

White crossing lines painted so all can see the crossing: How many times have cars zoomed past recently as I waited to cross.

Smoke and dust filled the air at this planned building demolition. Old Jerusalem buildings are coming down to make way for new towers to be built near entrance of the city.

Still waiting for the fast train to Tel Aviv.

However, construction goes on…and on.

As always, something new is happening on the Jerusalem streets.

3 thoughts on “Secrets, Robotics, Waiting and Timing in Jerusalem”