In the first six months of this year,

That confirms my saying there have been

so many tour buses on the Jerusalem, Israel streets.

This week also felt like a new record in the making.

No sooner had the Prime Minister of India left,

that the President of Rwanda arrived,

followed by the Irish Foreign Minister.

I thought someone made a mistake in the official guest book,

but the calligraphy was ready and waiting for the next guest.

I feel sorry for the person in charge of flags,

trying to keep the correct ones up for each official delegation.

But not just tourists and international delegations

have arrived in record numbers.

The World Maccabiah sports competitions are being held

compete for medals in Jerusalem and around the country.

Maccabiah flags were displayed outside of Beit Hanasi,

for a meeting of World Maccabiah delegates with 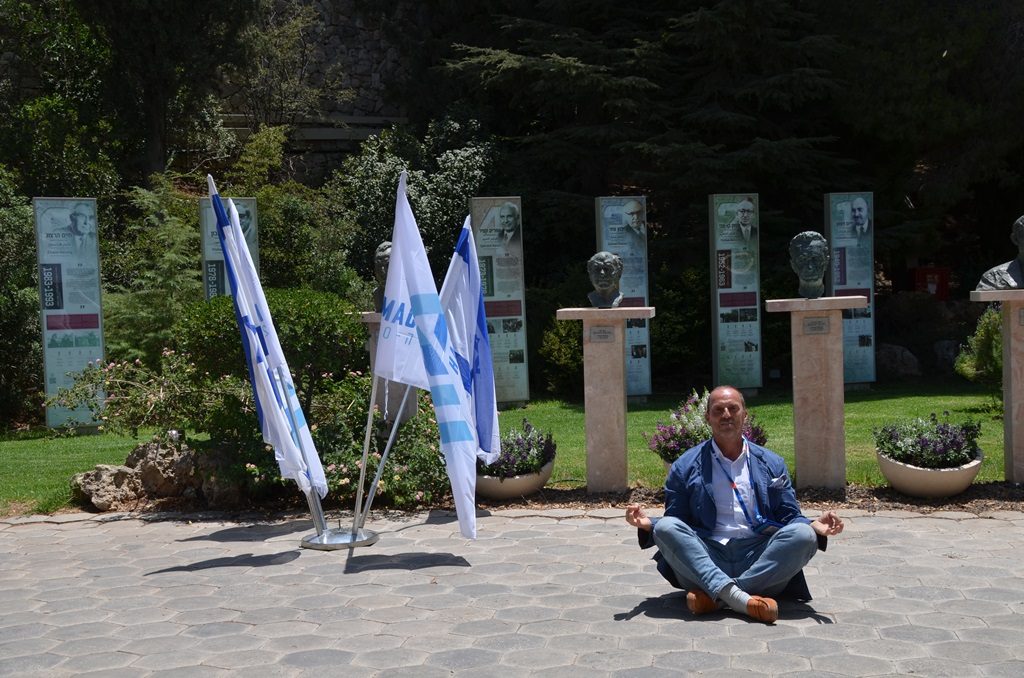 South Korea was represented by this man competing in Judo.

Most people were wearing regular clothing 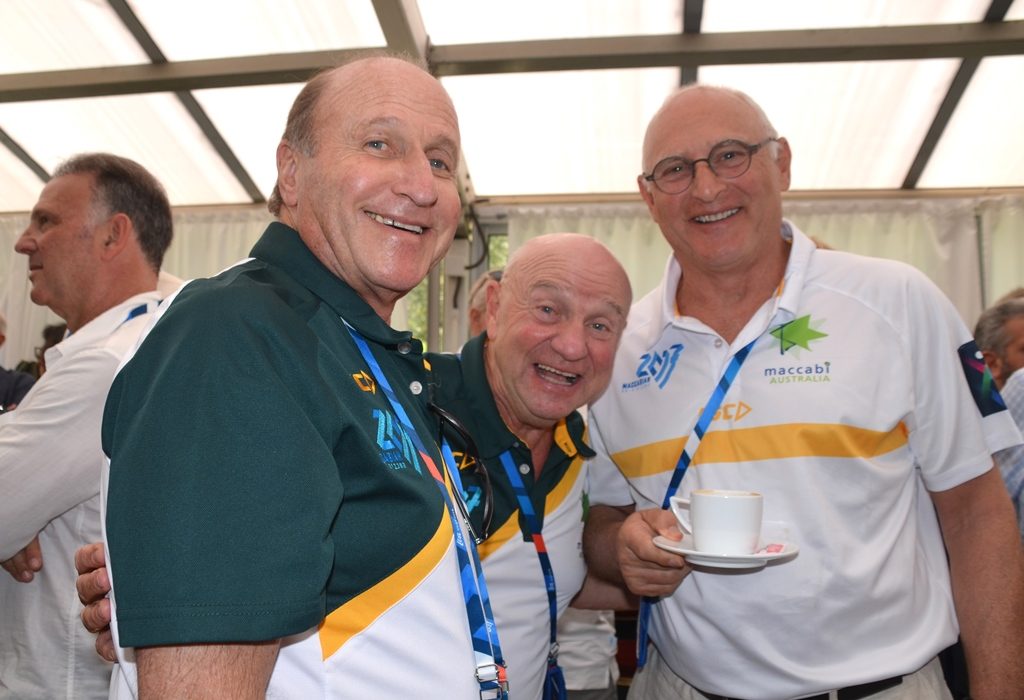 but these Australians wore Maccabi shirts,

and stopped long enough to pose for a photo. 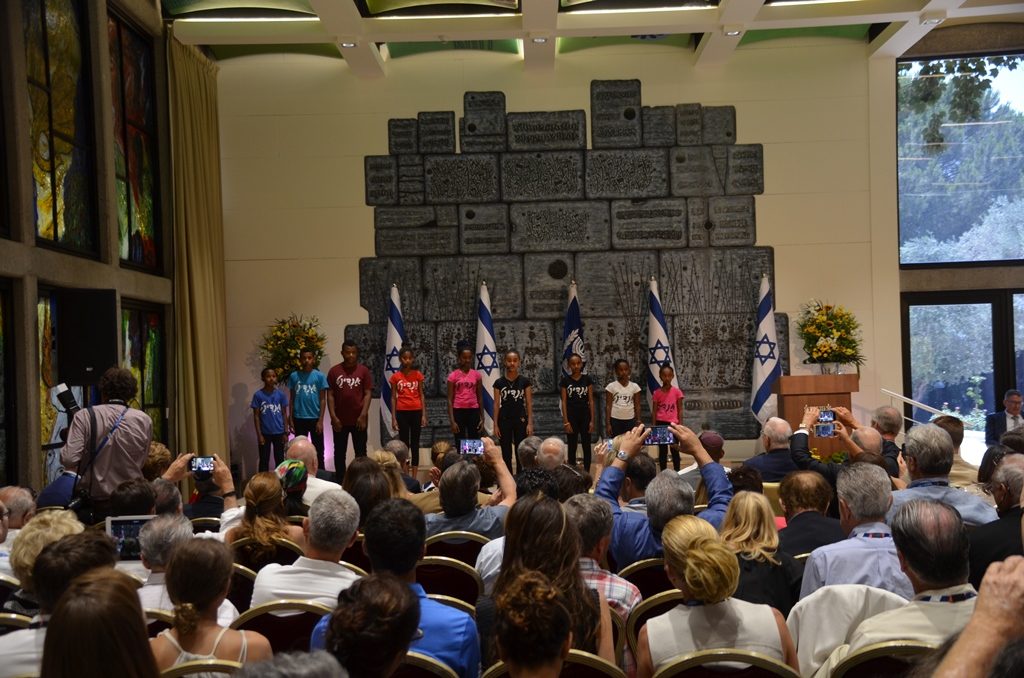 The beautiful voices of a children’s choir group

between the effusive and positive speeches.

Attention was given to break of protocol when

But after the official photo with leaders of World Maccabiah,

and walked to the back of the room 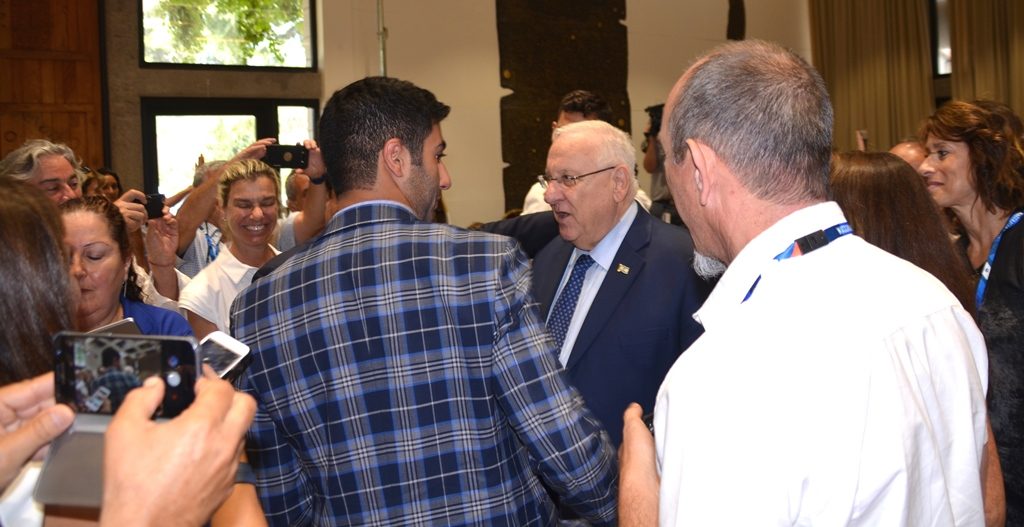 to take selfies with members of the Maccabiah group.

The affection and excitement was impressive. 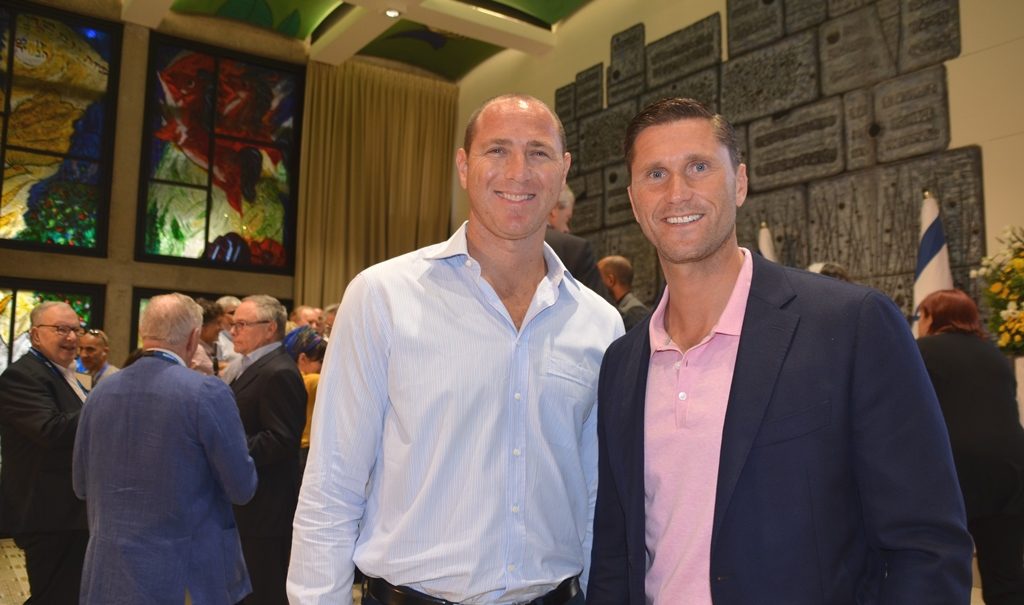 And much less familiar swimmers, 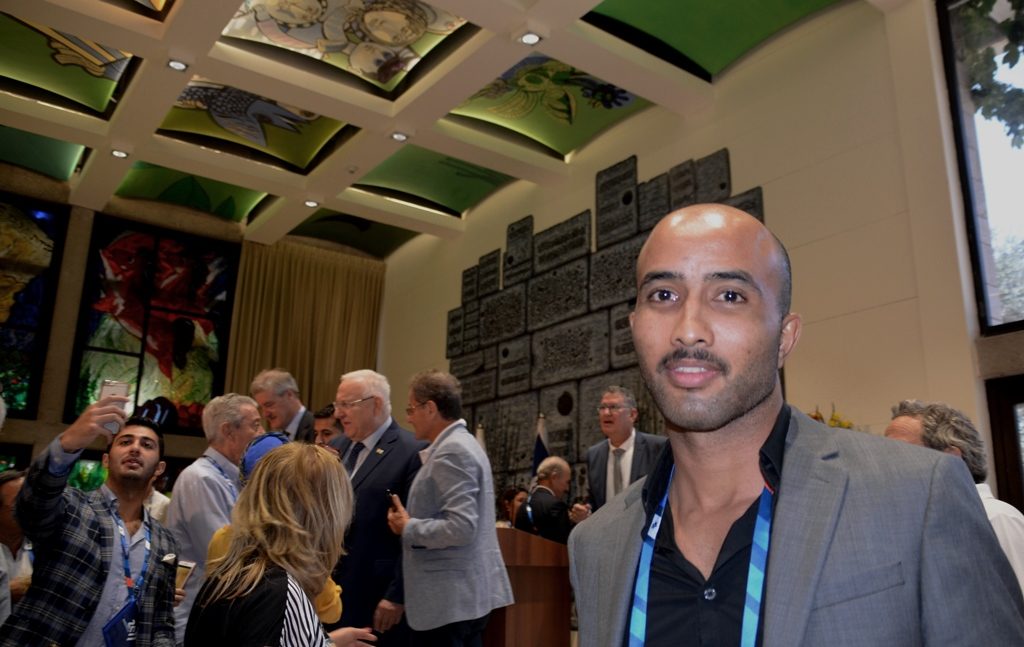 I could go on and on with the interesting countries

and delegates from Puerto Rico, Barbados, and more.

But I want to share what happened on the Jerusalem streets

with tens of thousands participating,

not just a few special individuals.

For the Jerusalem Maccabiah Night Run, 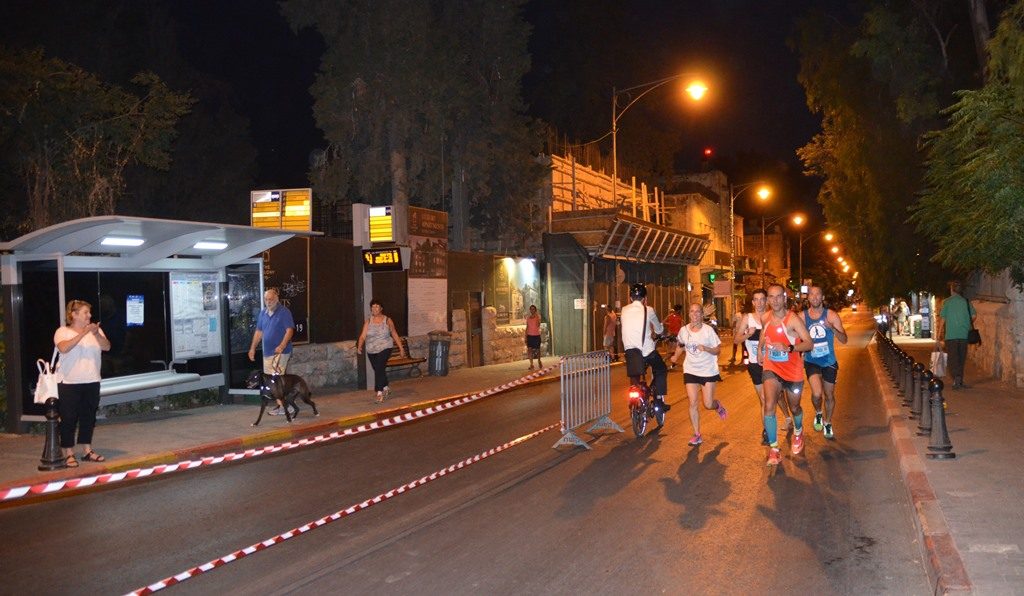 streets were closed as tens of thousands of runners,

Hundreds were taking photos and selfies with phones, 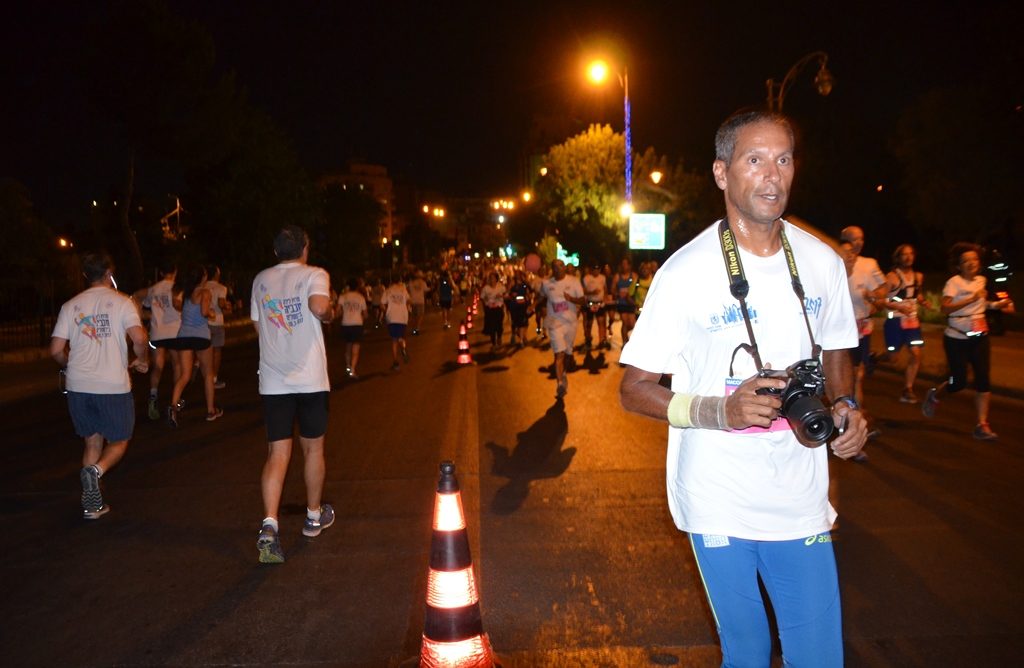 but this was first time I have seen a runner

participating in a race with such a serious camera. 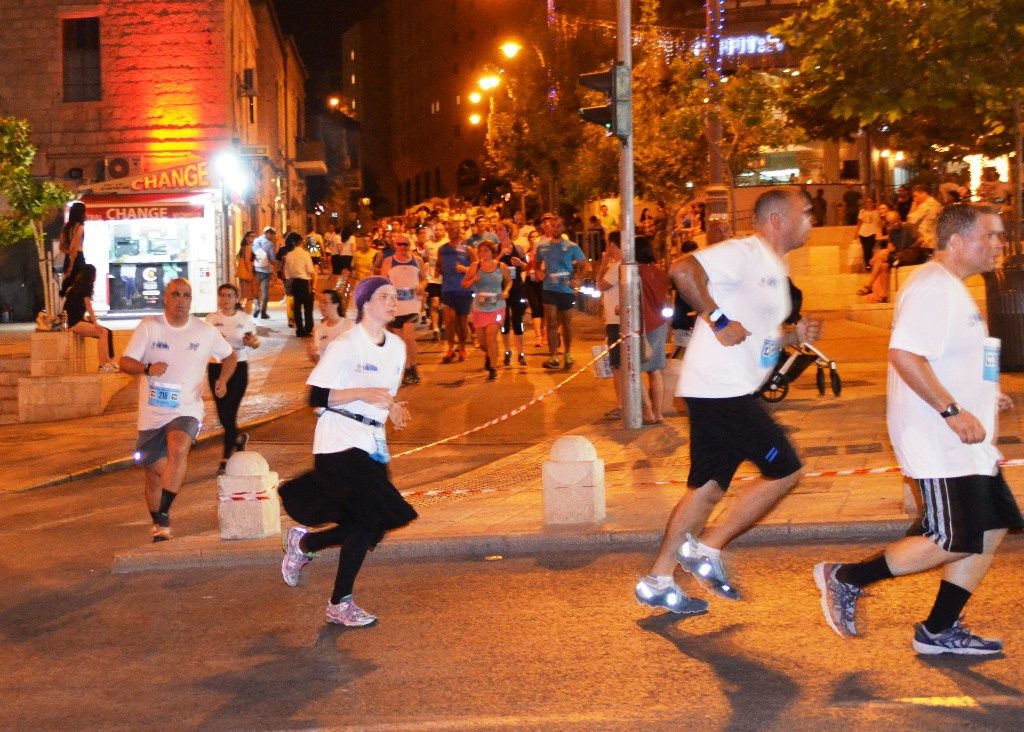 Near the end of the routes

which went back toward the starting line, 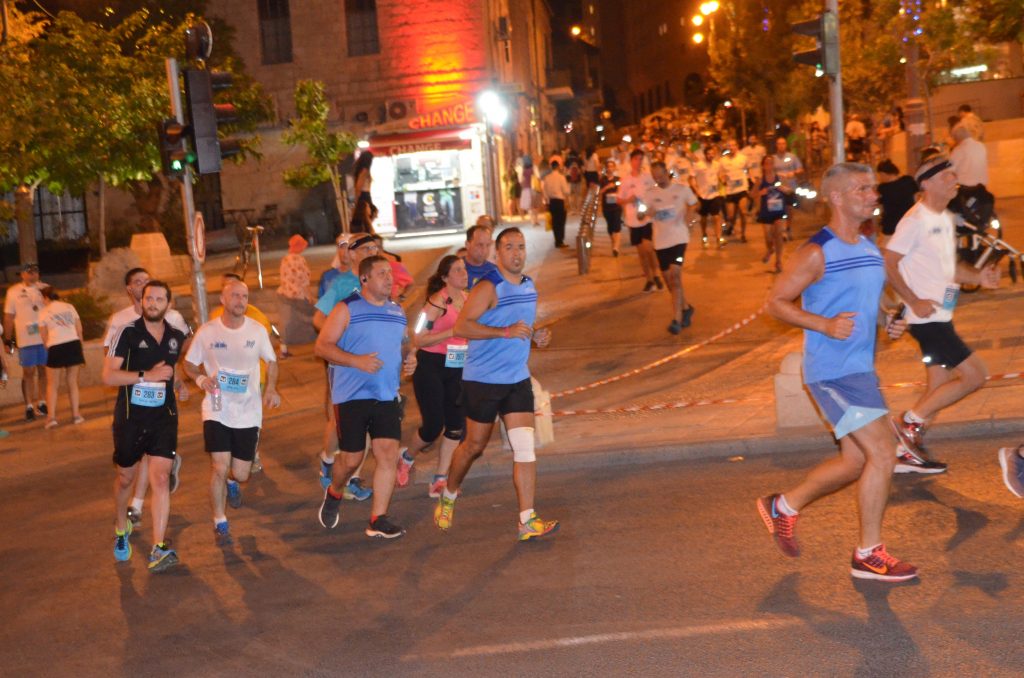 runners turned toward the Old City. 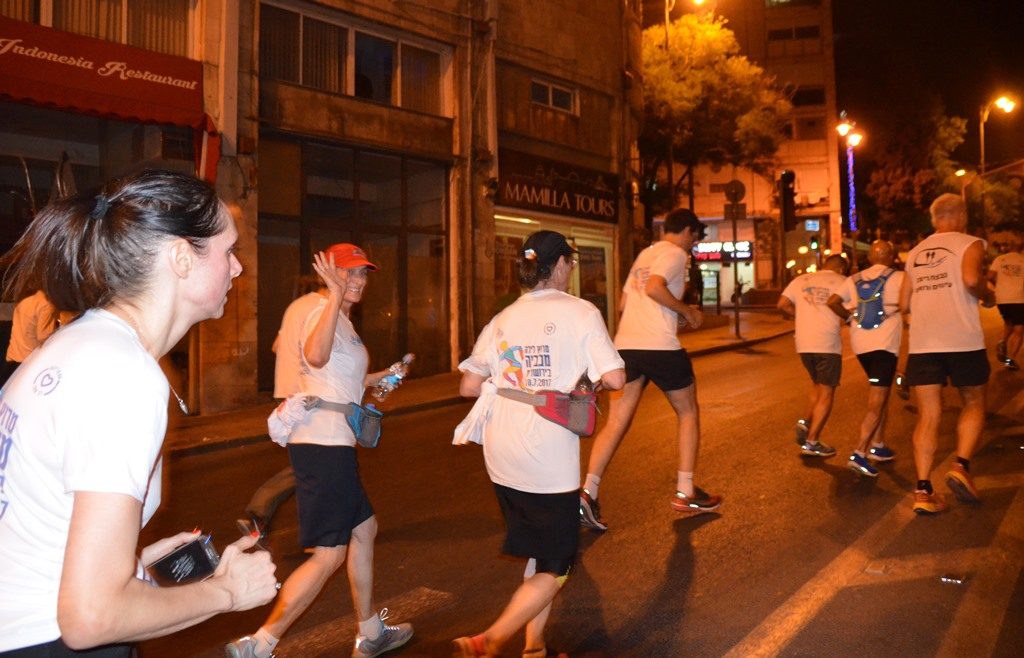 A  friend waved on her way back to Jaffa Gate. 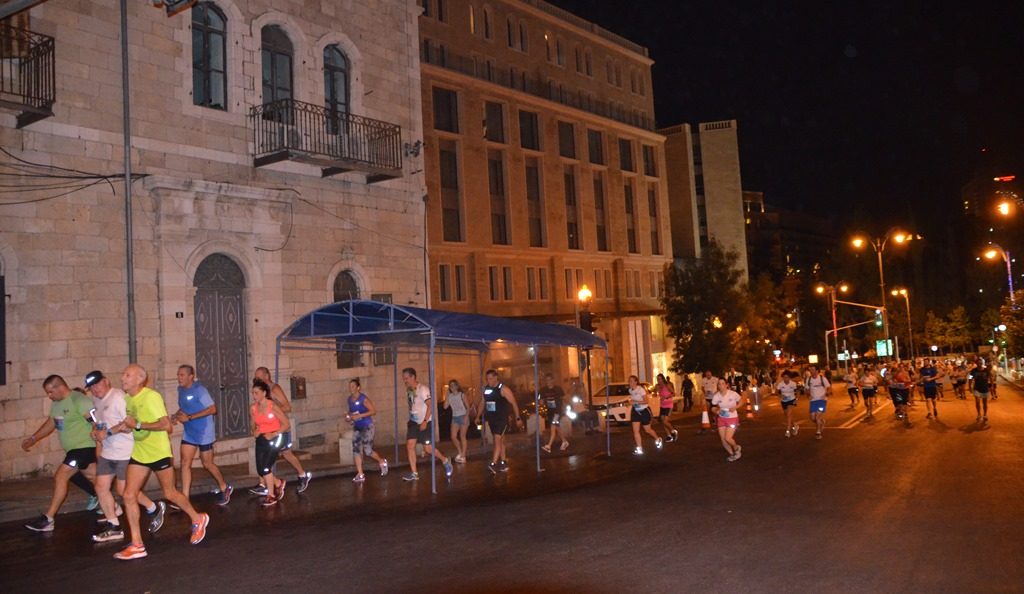 A cool shower was waiting near the finish line.

For Jerusalem, it was a hot night. 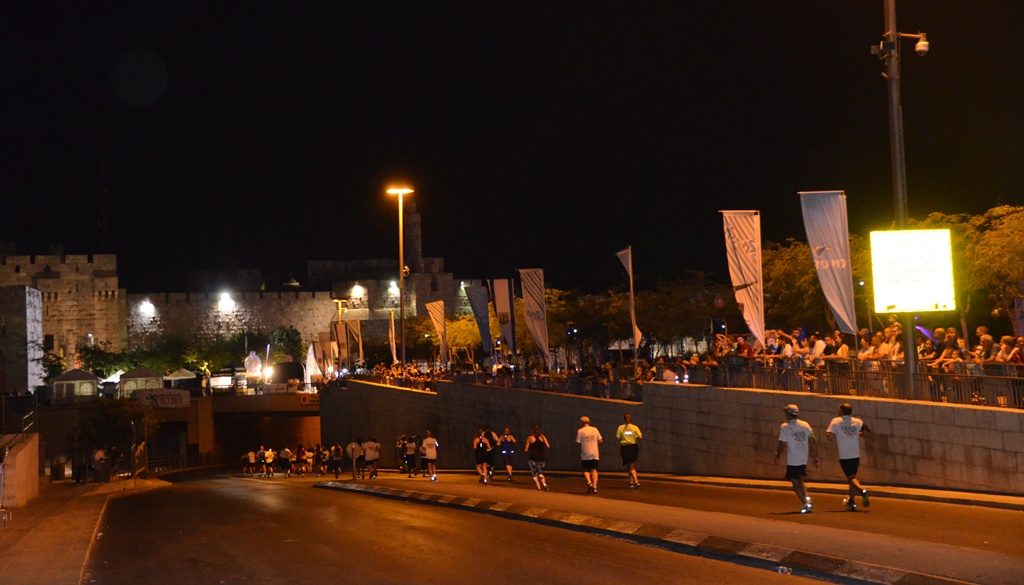 The final stretch was past the Old City Walls

where spectators waited to cheer runners on, 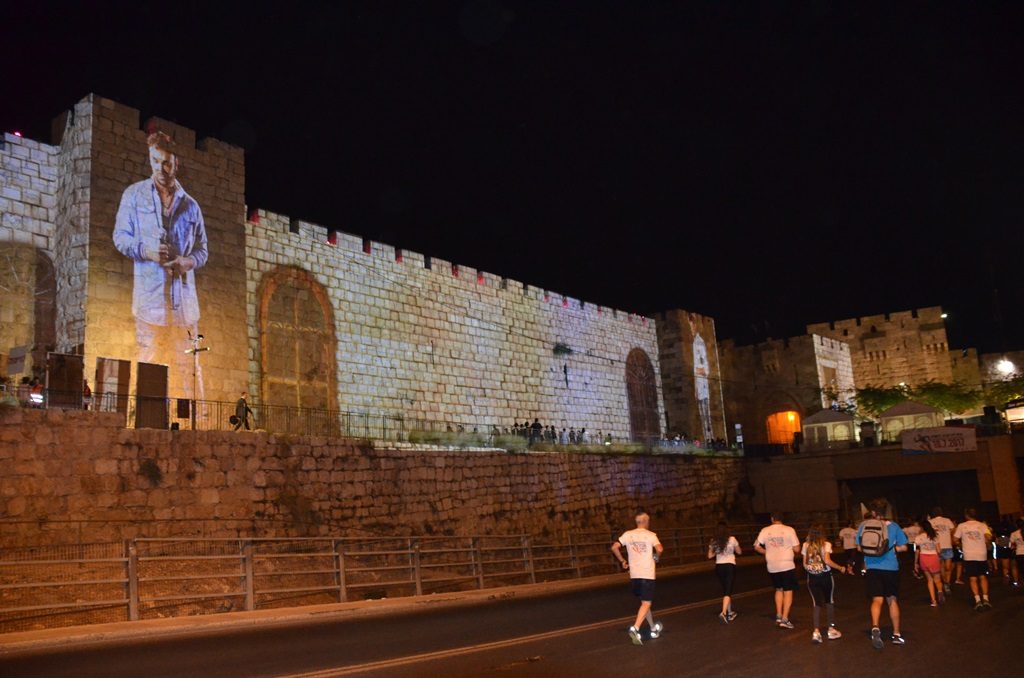 with the 50-years unification of Jerusalem light show

playing in the background. 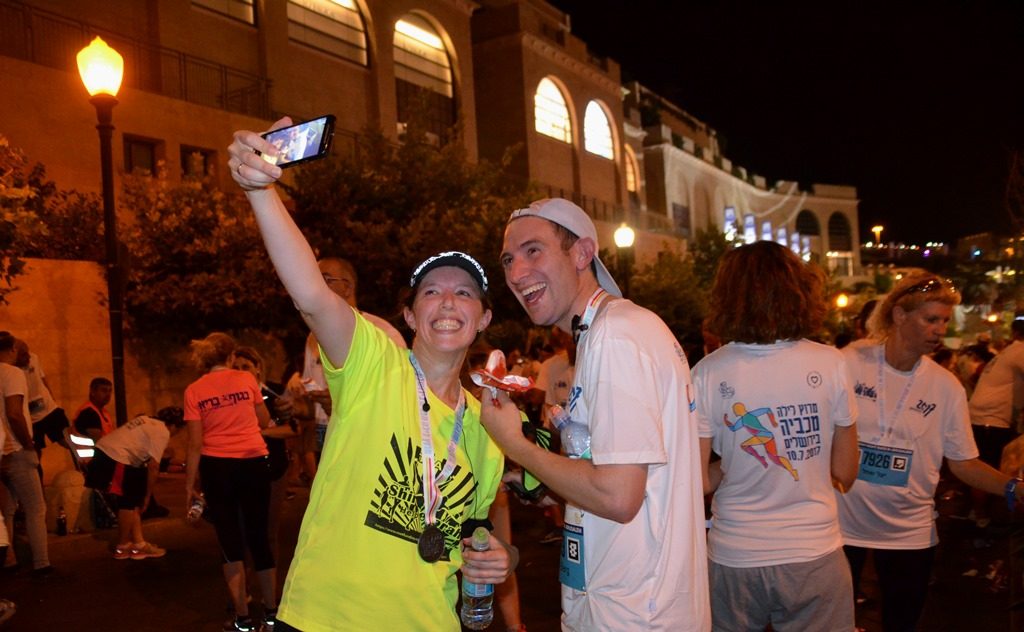 The smiles at the finish line next to Mamilla Mall –

The Maccabiah sports range from golf, with one male playing,

to bridge, and of course tennis and swimming.

at the same time.

Some make light of these “Jewish Olympics”

I think his words are important enough to share: