The sun was shining brightly on the eighth day of Hanukkah.

over the cold Jerusalem streets.

There were so many hanukkiot being lit for the past 8 days,

it was not easy, but here are 15 of my favorites. 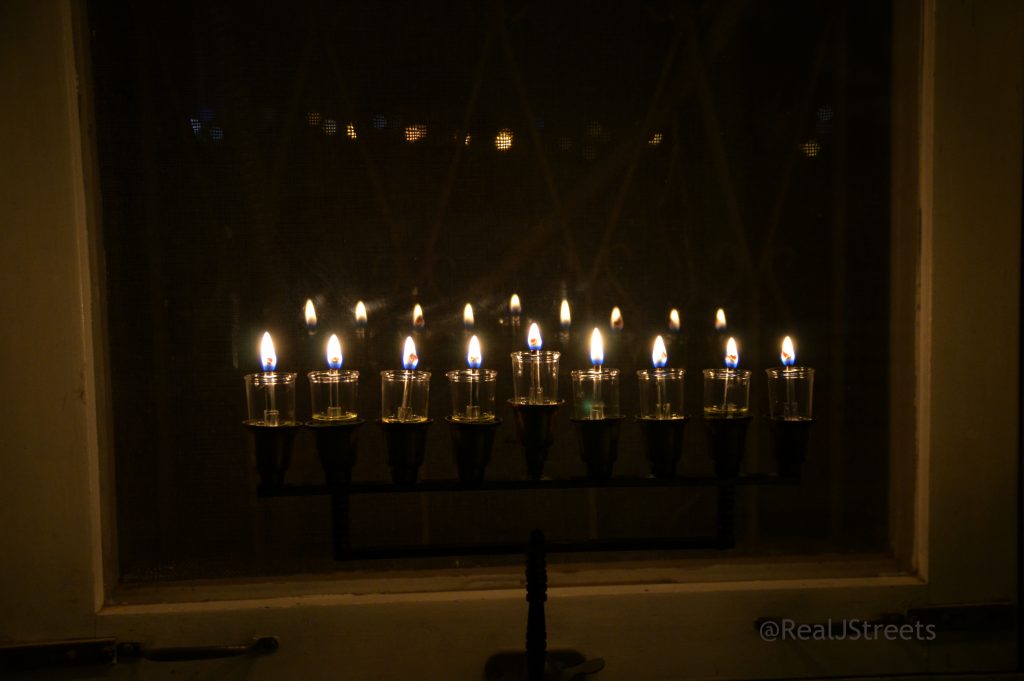 On the last night at home, 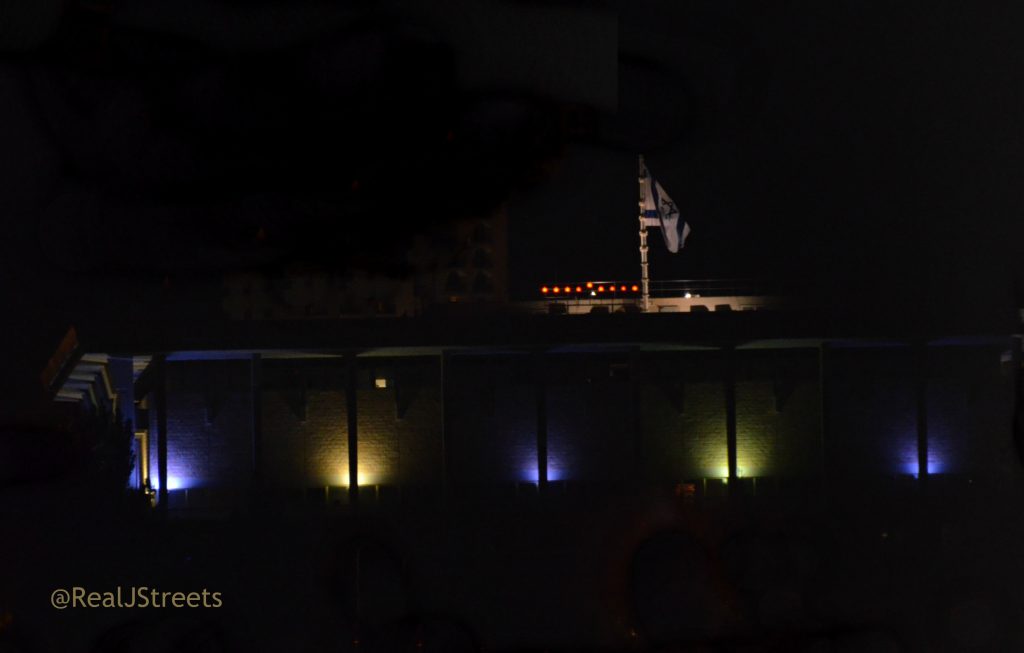 The electric lights over the Knesset

were clearly visible next to the Israeli flag. 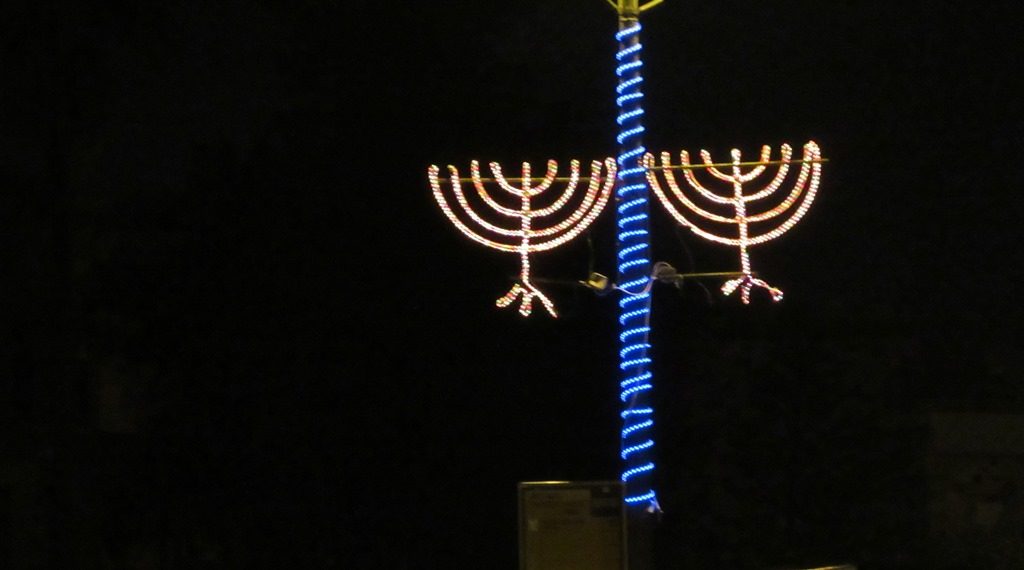 were in different locations this year,

but they are always a favorite sight. 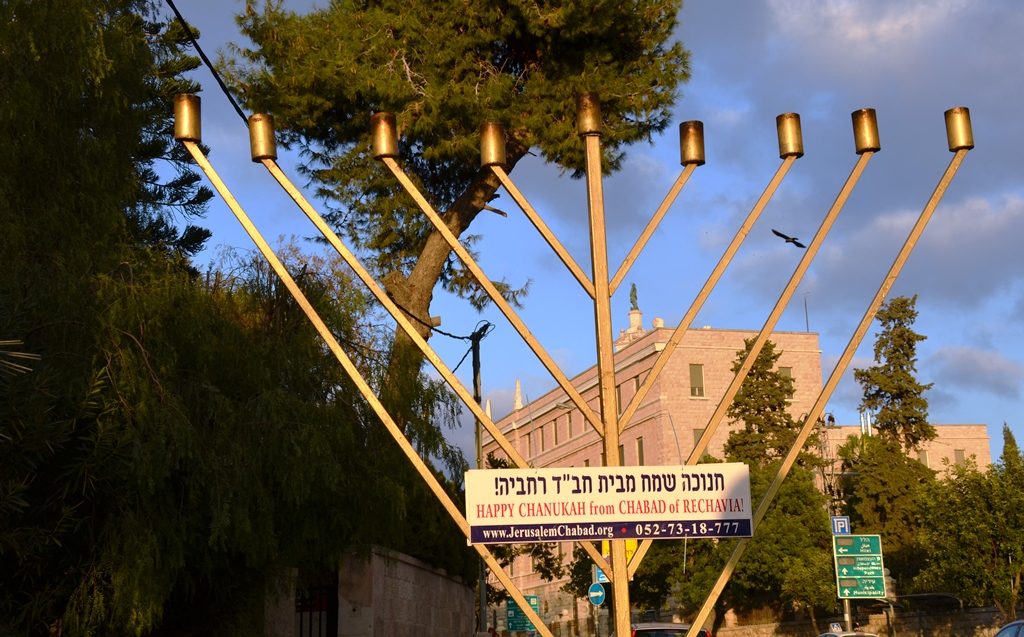 Chabad menorahs seemed to be on every corner, 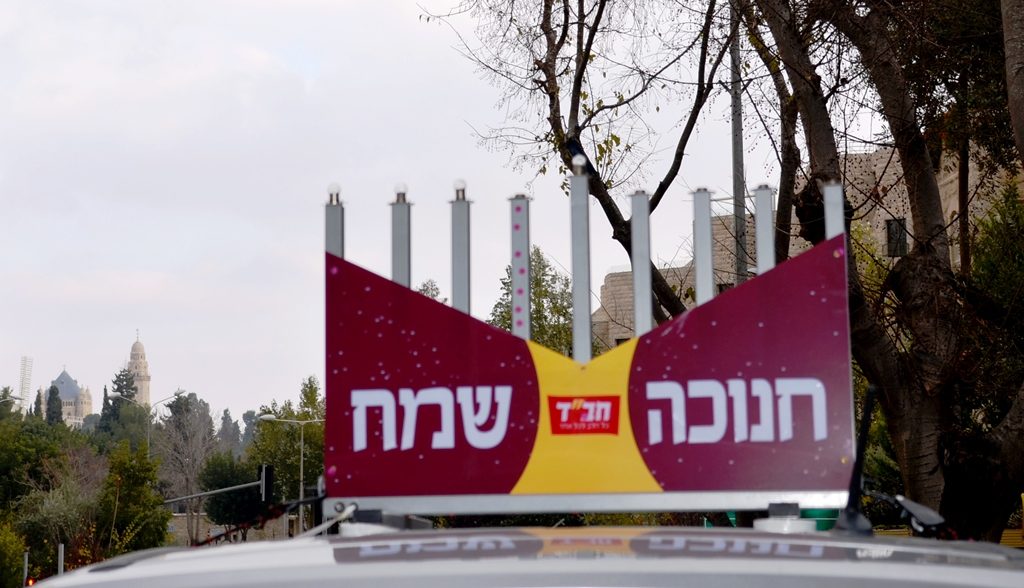 and some were on top of cars.

Again this year in Mamilla Mall 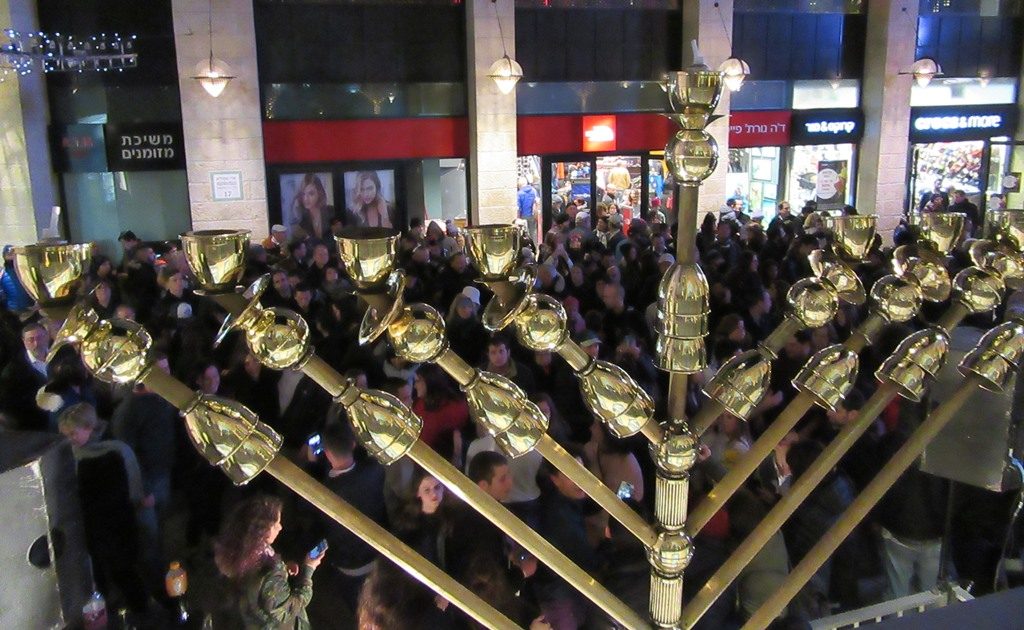 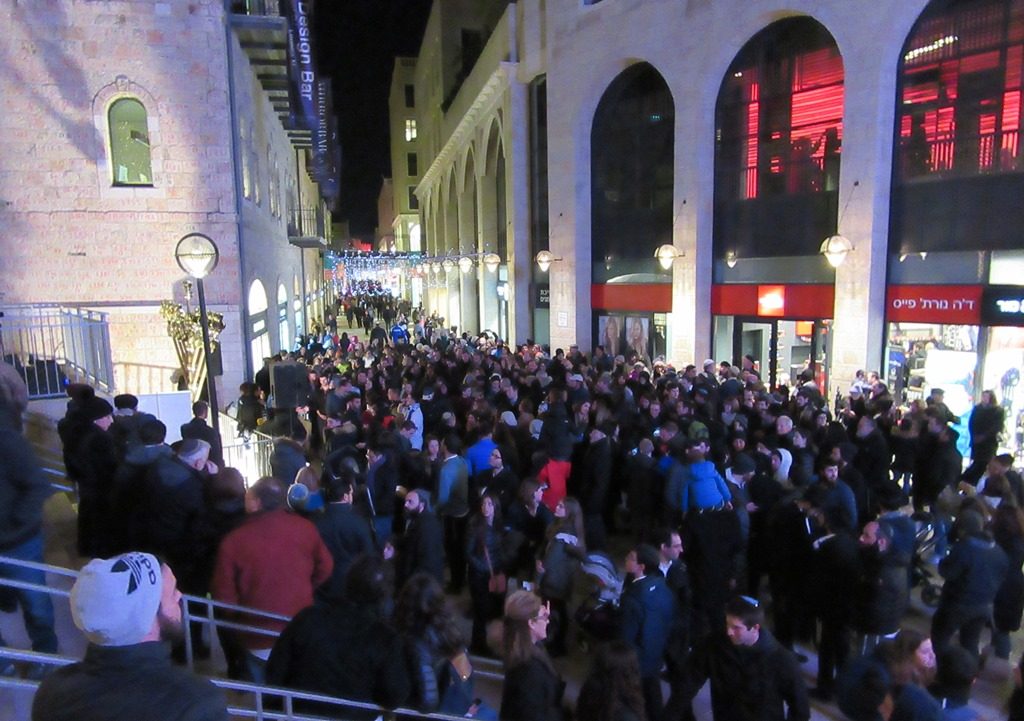 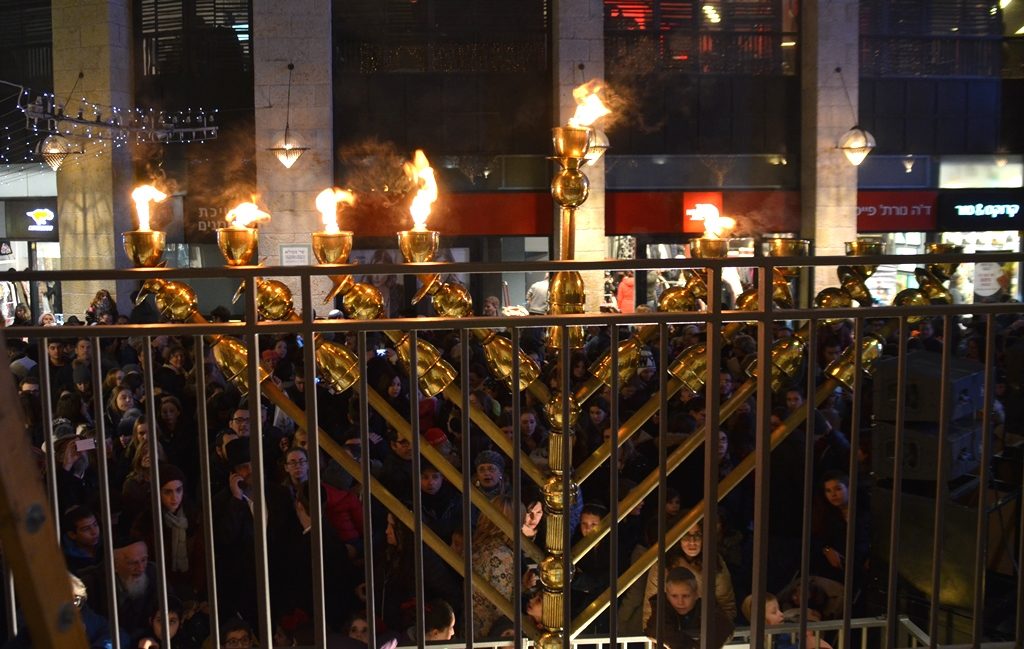 Selected guests were honored with lighting the lights,

from lone soldiers to victims of terror.

Every night there were music and sufganiot for all.

Near the entrance of Beit Hanasi, 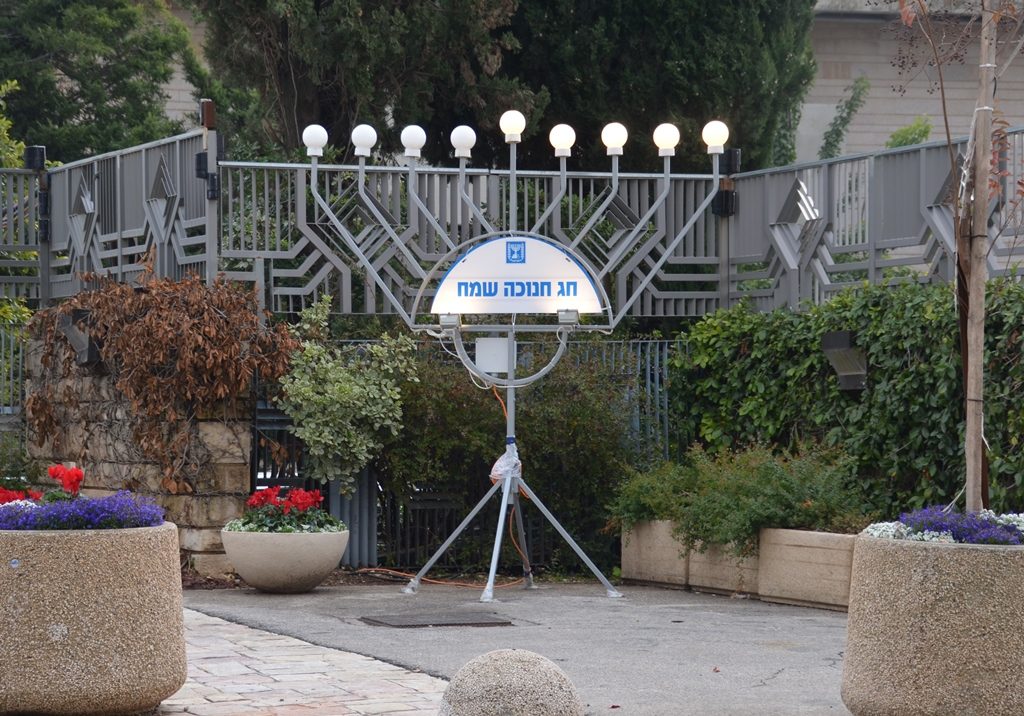 stood a new hanukkia with the Israeli state emblem

wishing all a Happy Hanukkah. 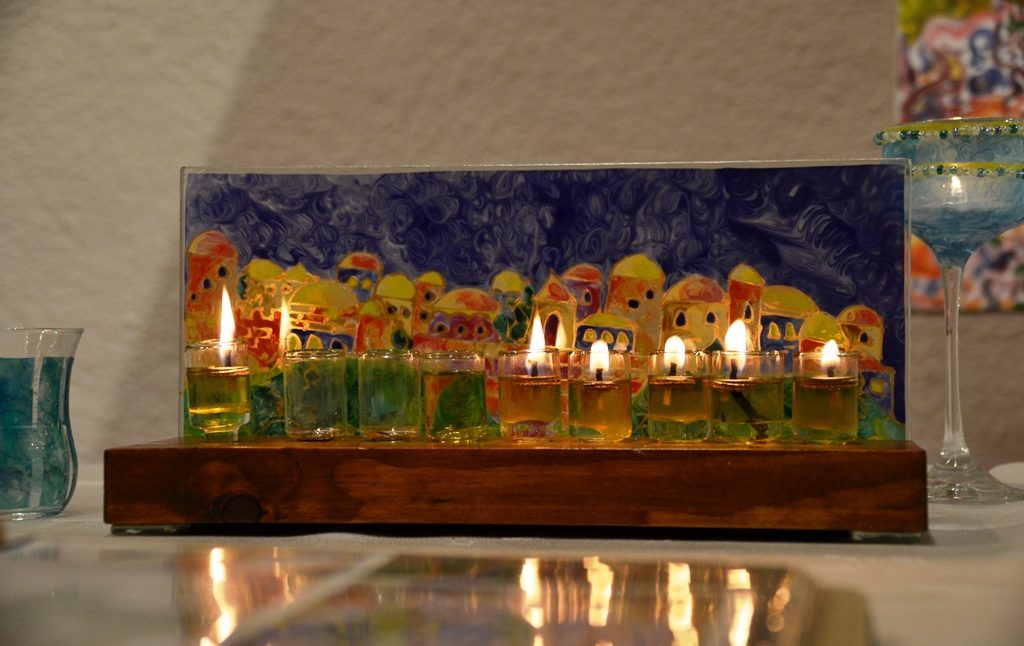 Whether made of glass and colorful and lit inside, 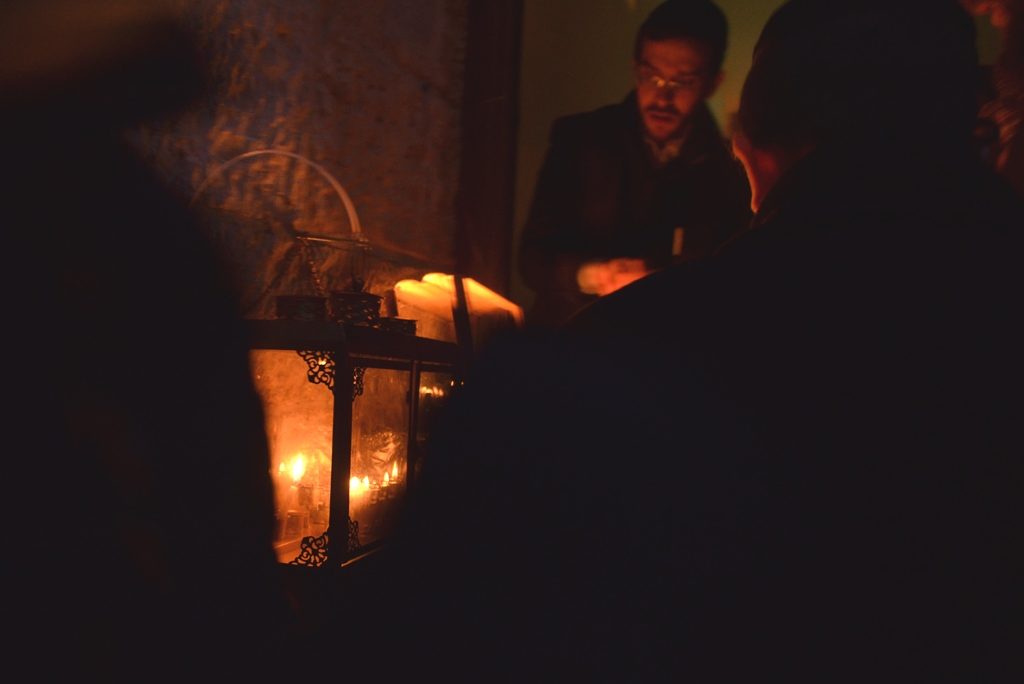 or simple and lit outside on the street, 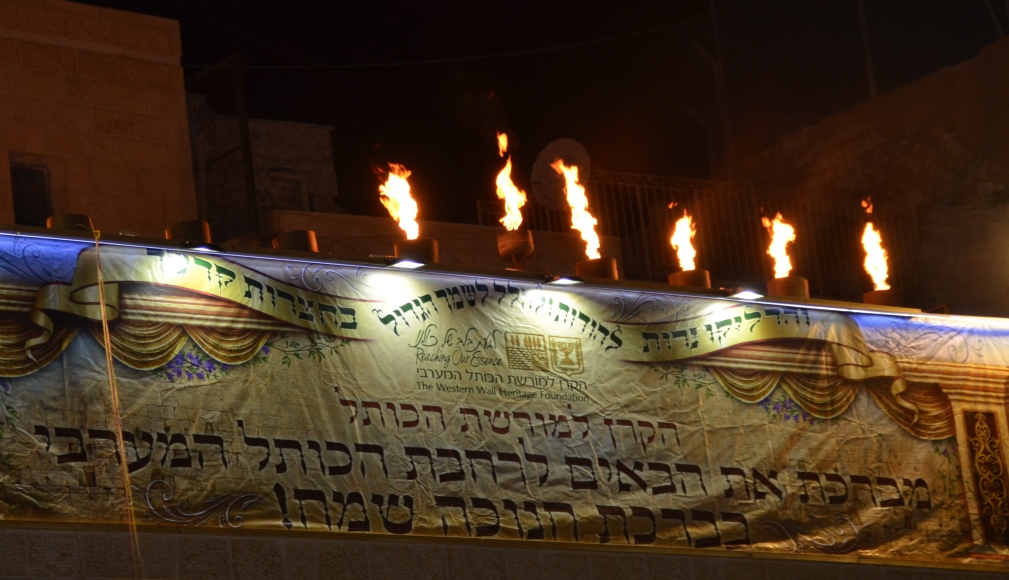 or flames rising high above the Kotel,

the Western Wall, as on the fifth night,

the variety and quantity of hanukkiot was astounding. 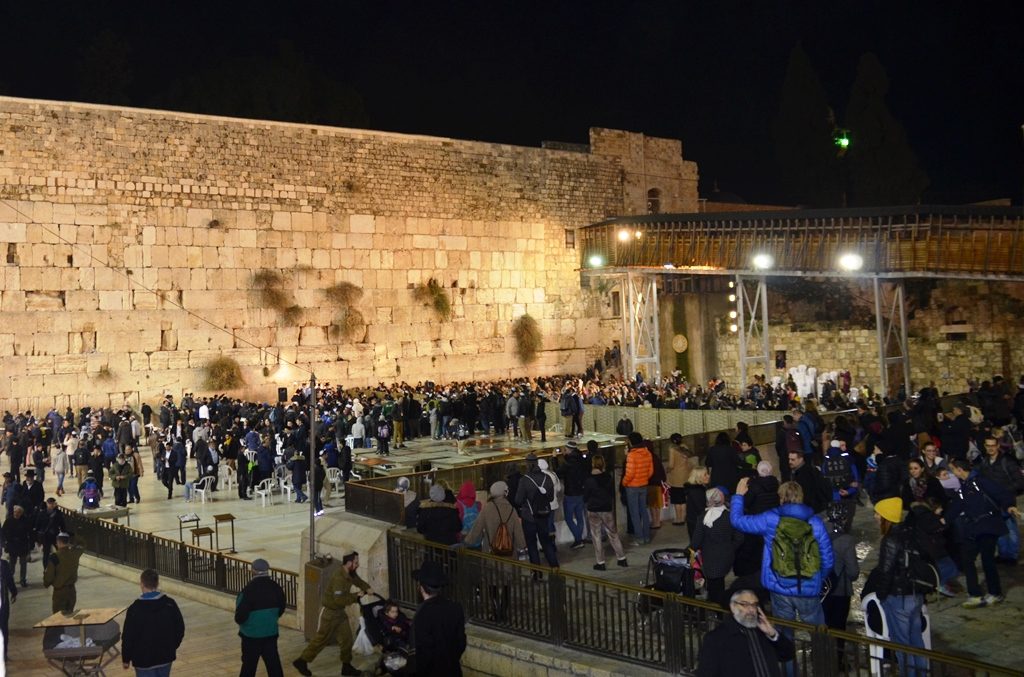 Thousands came in the evening to the Kotel,

for the lighting of the Hanukkah Menorah. 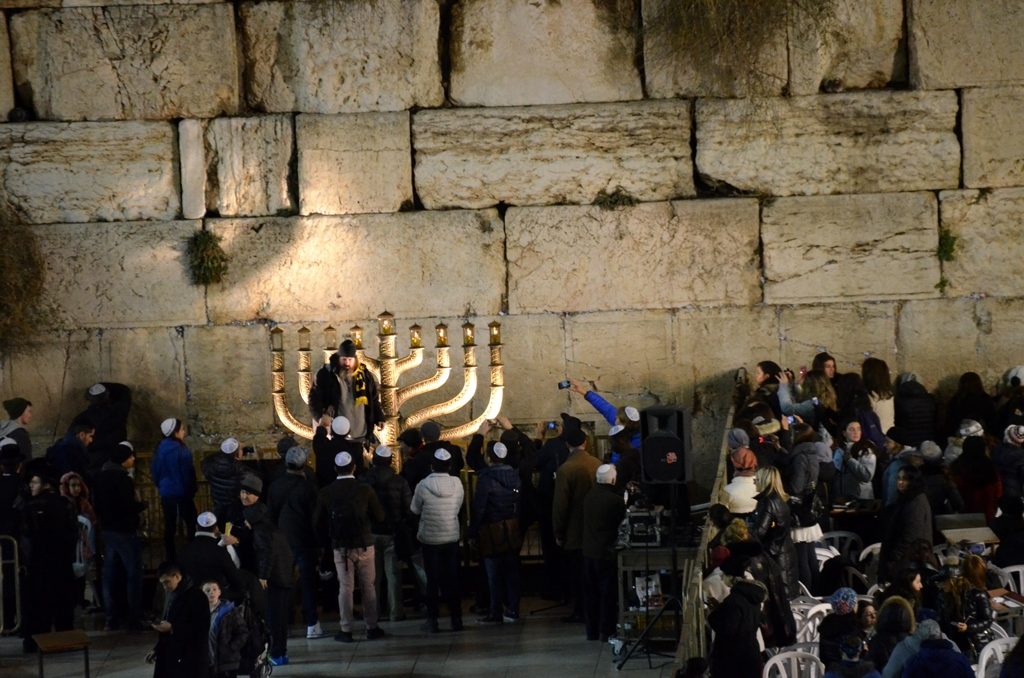 It was hard to get a clear photo,

as one after another men climbed up to pose for photos,

in front of the burning lights.

On my way home through the Old City 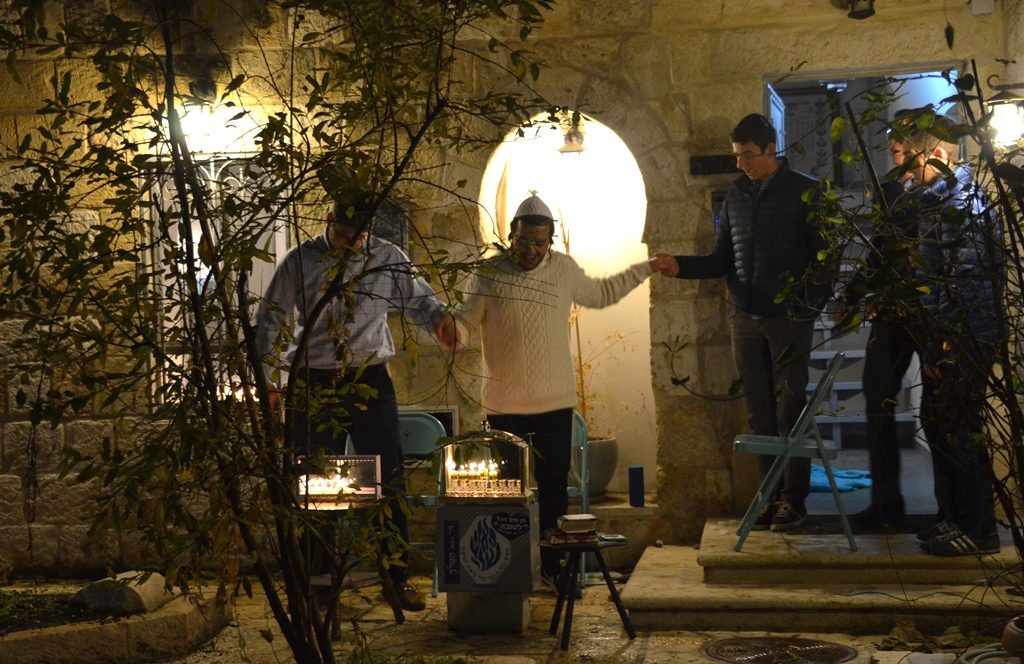 there was singing and dancing as lights 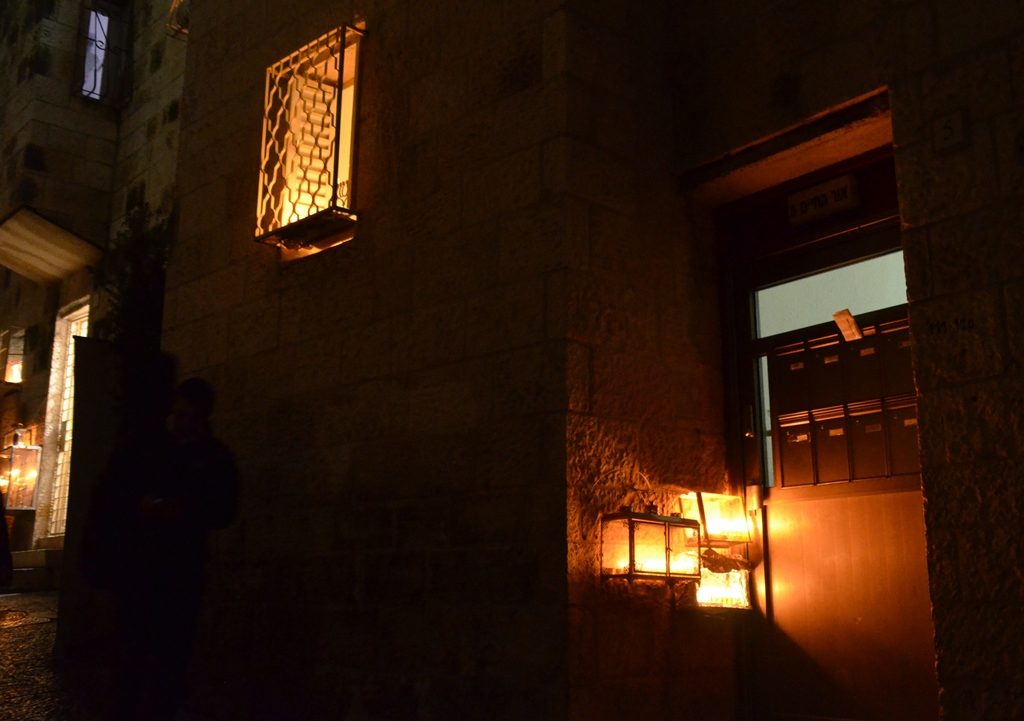 and more lights lined the paths.

was as popular as ever, 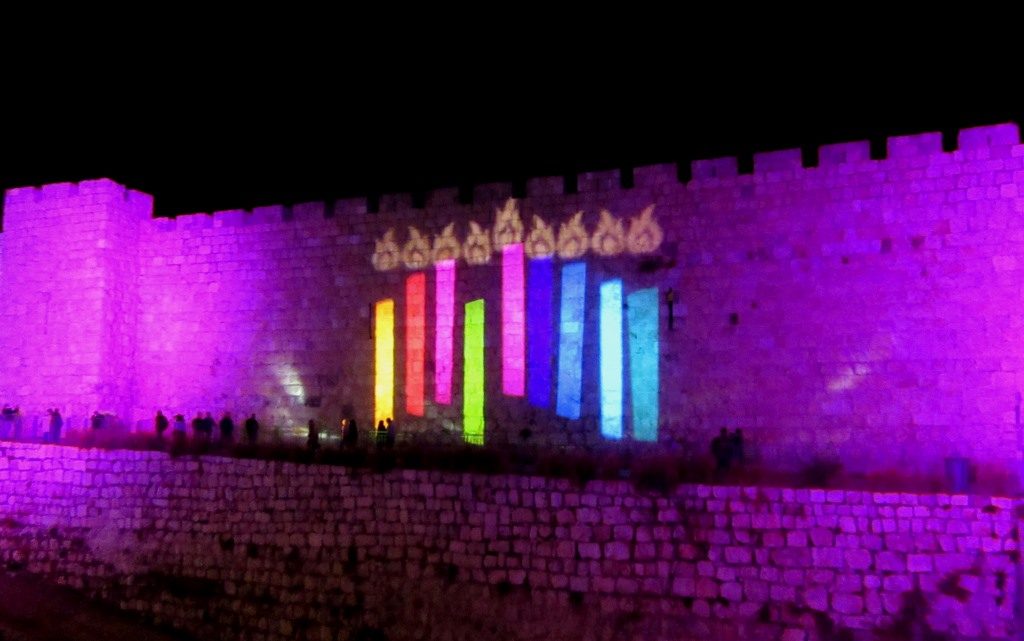 but it paled next to the light projection on the nearby wall.

But, the most unique menorah I saw this year

was the one lit at Yad Vashem 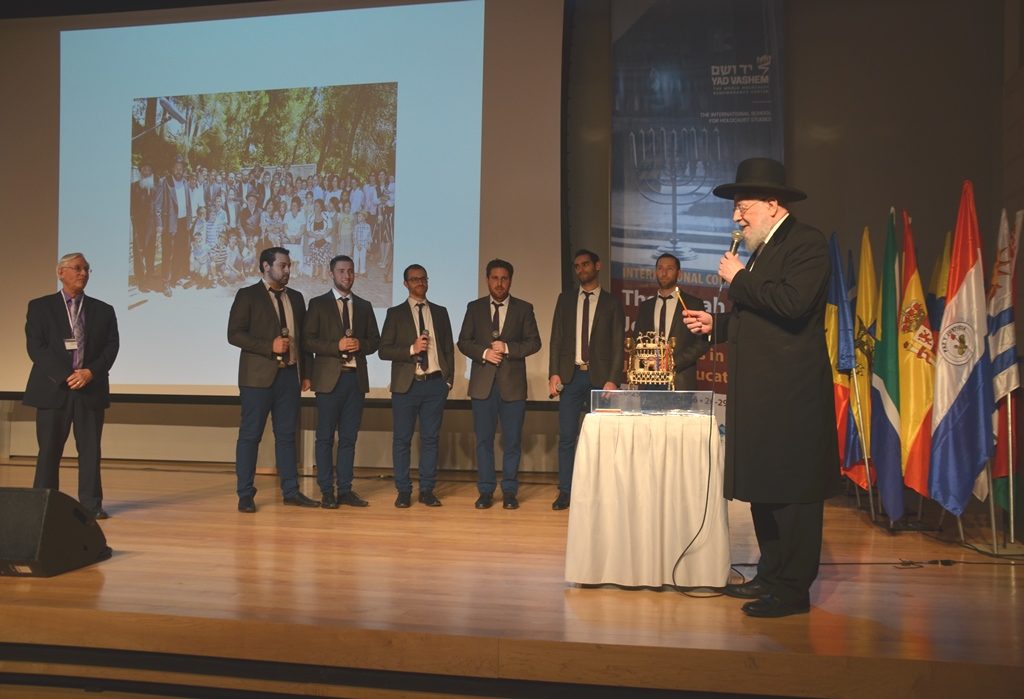 a child survivor with an extended family photo in view. 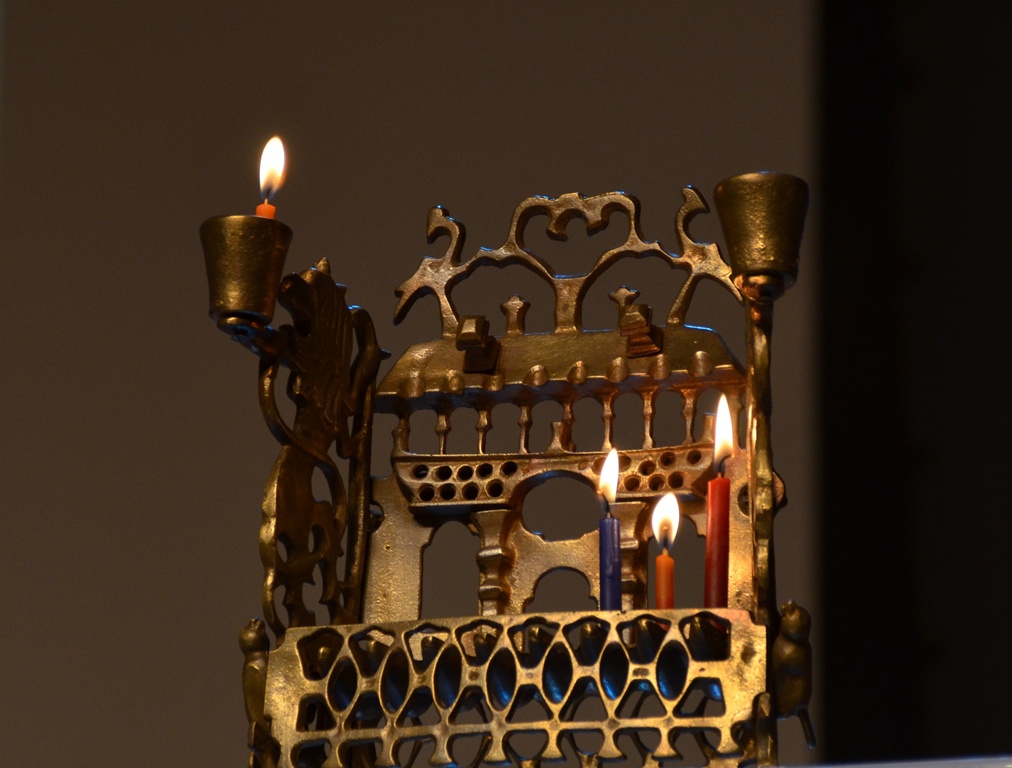 On the third night of Hanukah,

gathered in Jerusalem, Israel, for an educator’s conference.

Hanukkah is a holiday celebration of survival in ancient times.

of survival and rebirth and new light.

still not sure how best to spell in English, 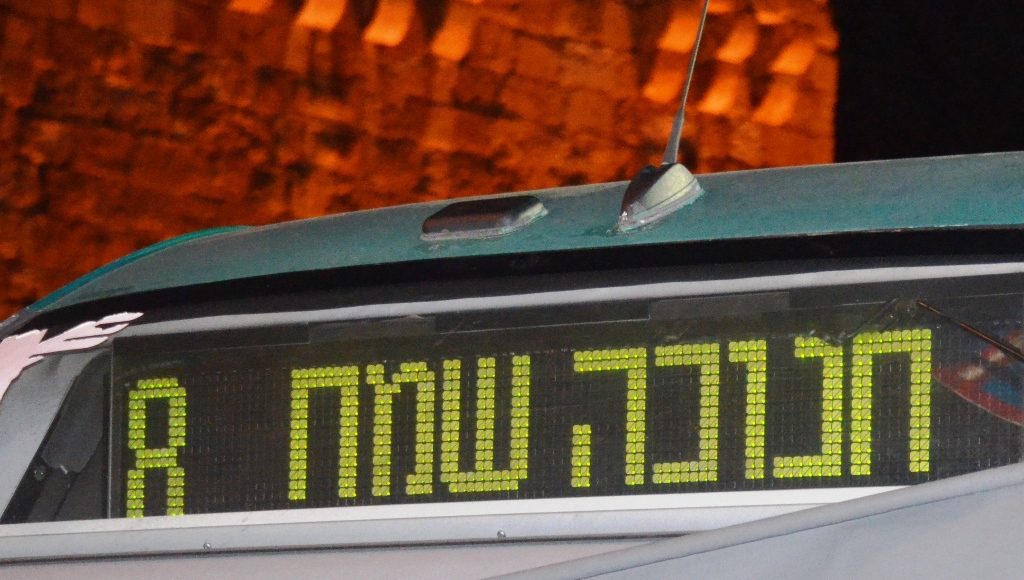