No matter what you read in the media about Israel,

the end of August is all about what to do with the kids.

There are no regular ganim and school does not begin until next week.

Take the kids to “office camp” is an option, or

call on the grandparents or any able-bodied (even non) adult,

to help look after them.

There many things to do in Jerusalem, Israel, in August,

but the annual kite festival at the Israel Museum is one of my favorites. 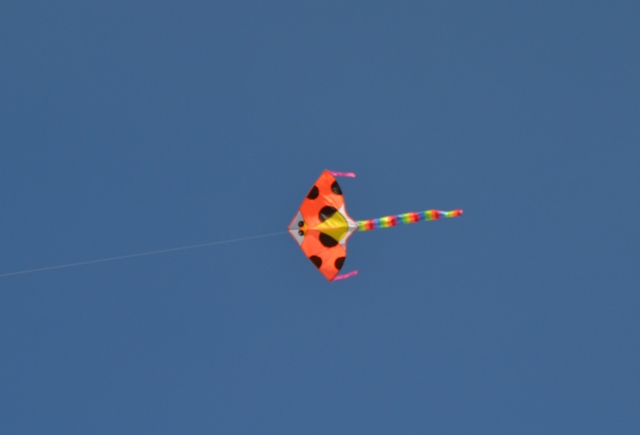 Looking up at the colorful kites can be dangerous, 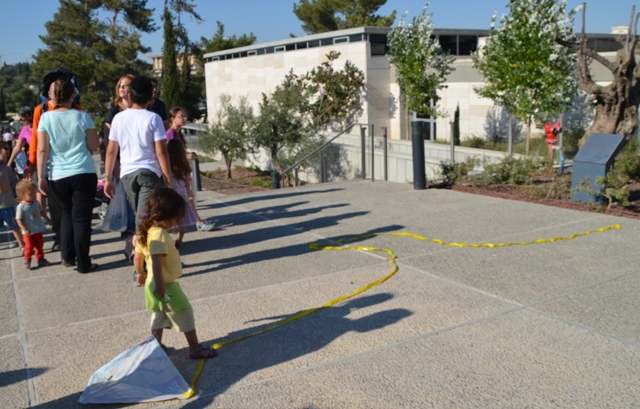 if you are not careful and trip on the strings on the ground. 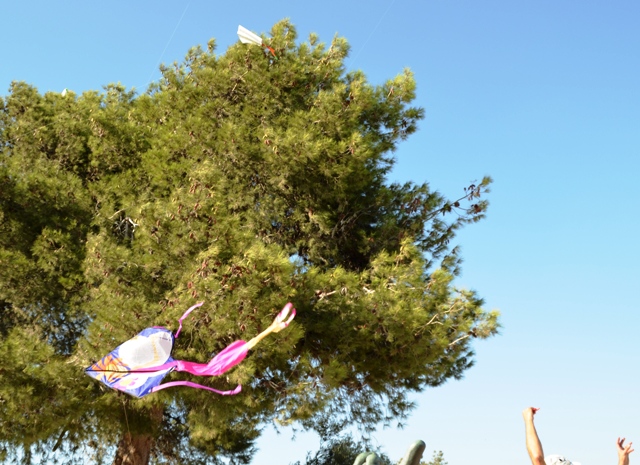 Many kites got stuck in the trees, 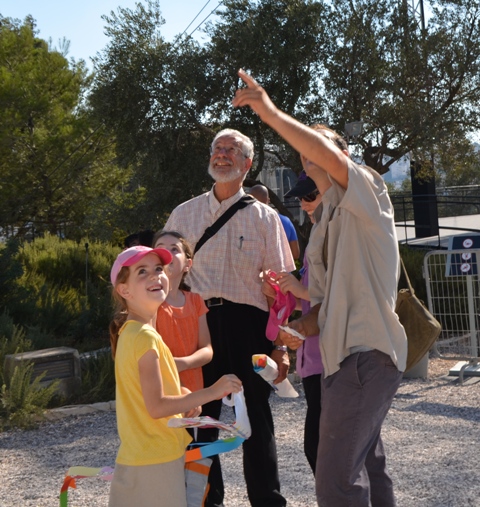 but people were still smiling anyway, 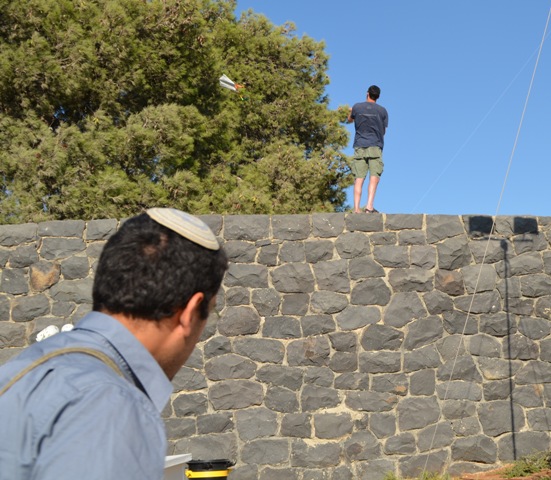 except this one man on the wall who was determined to get his kite down. 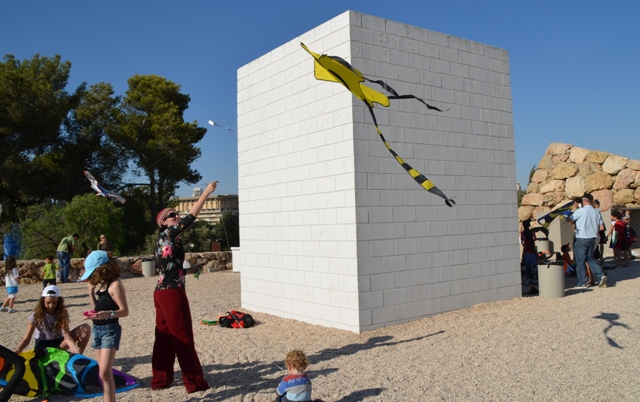 Not all the kites ended up in the trees though, 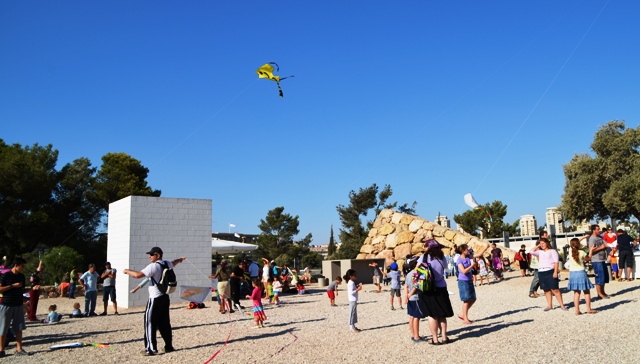 as some soared over the crowd 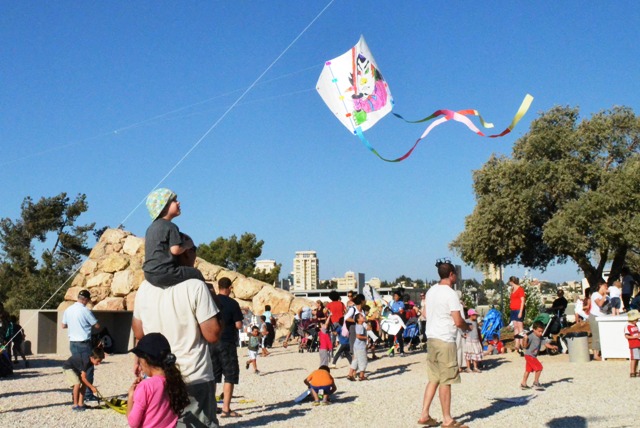 in the Billy Rose Sculpture Garden. 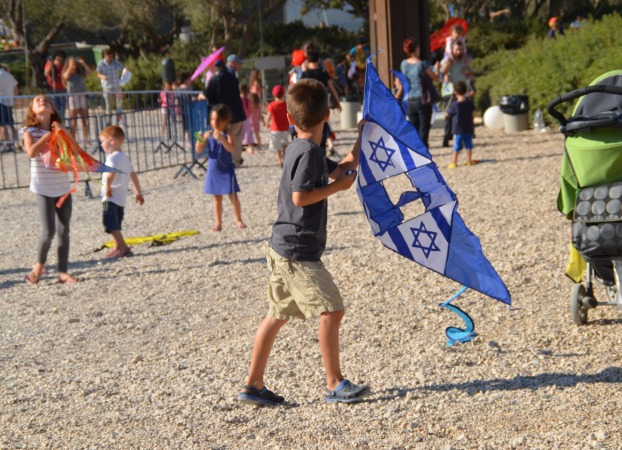 Blue and white kites were popular this year 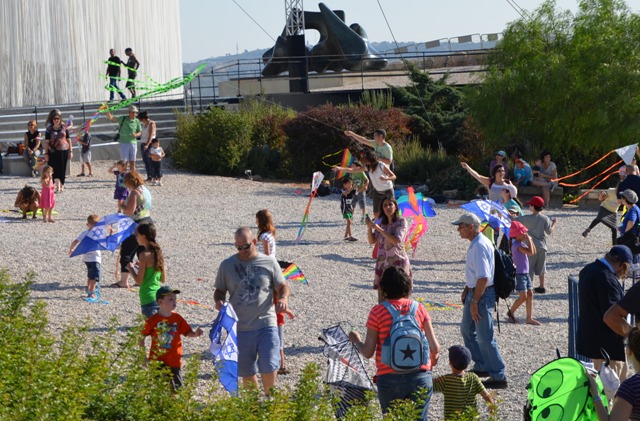 with many of the families who filled the grounds.

For this 27th annual event, over 7000 people registered, 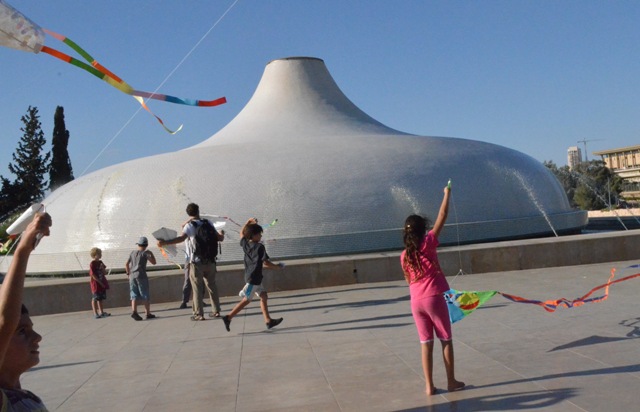 and even more spread out over the wide expanse of the Israel Museum. 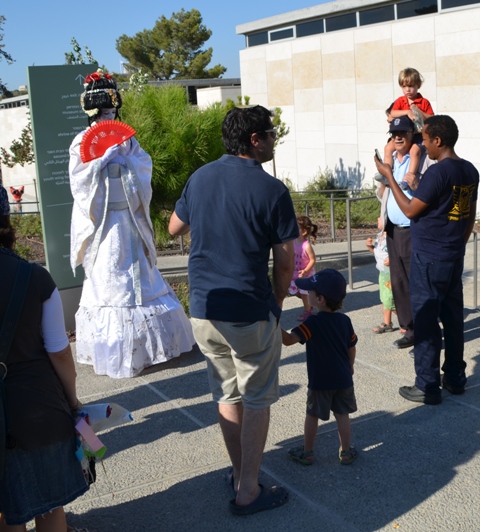 There were not just colorful kites, 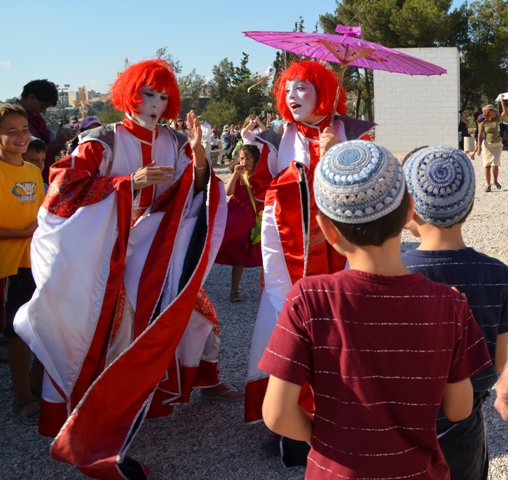 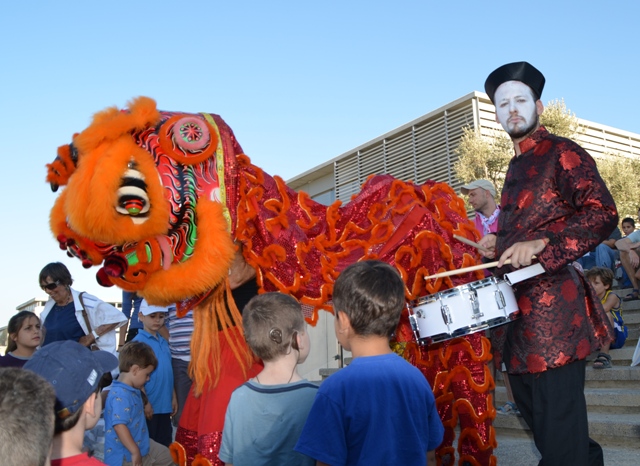 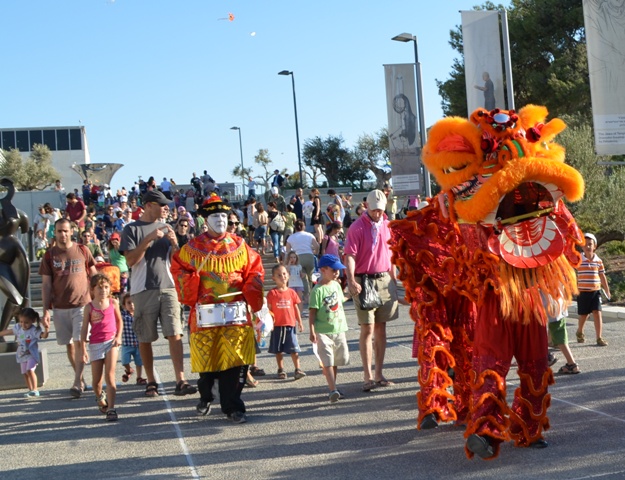 and more color along with entertainment. 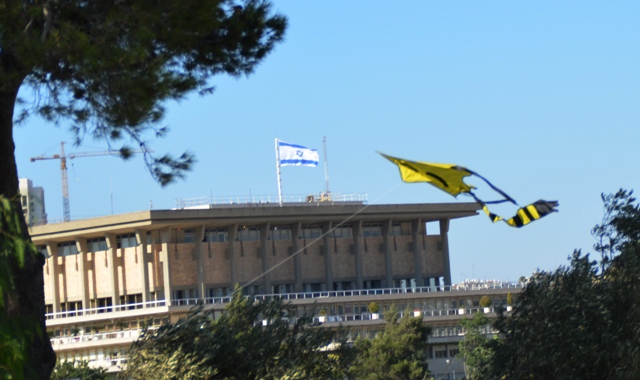 So did aliens land on the Knesset?  Not really. 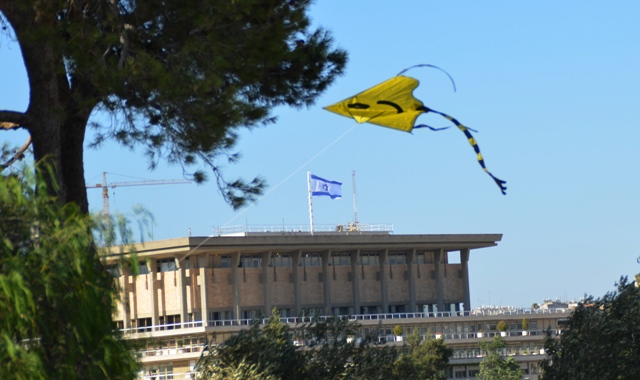 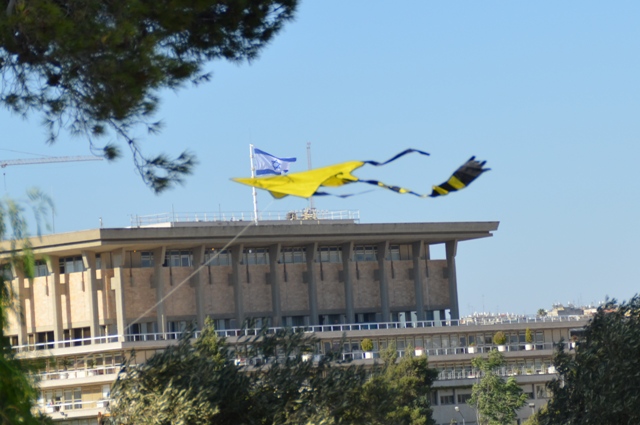 No aliens landed, and there was no violence, 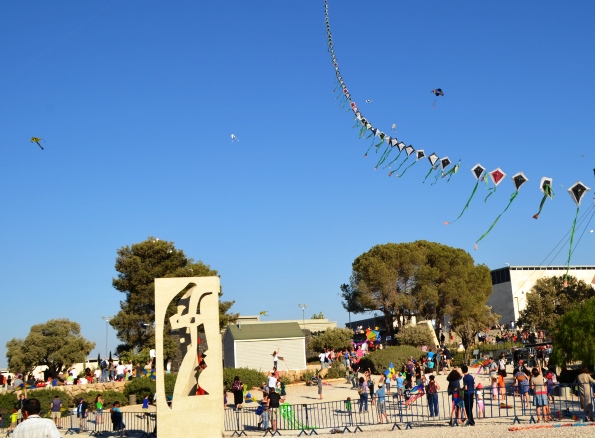 just enough wind and music and kites, for a day of families and fun.

More photos to be posted on The Real Jerusalem Streets Facebook Page.