The second Komen Race for the Cure was held in Jerusalem today. 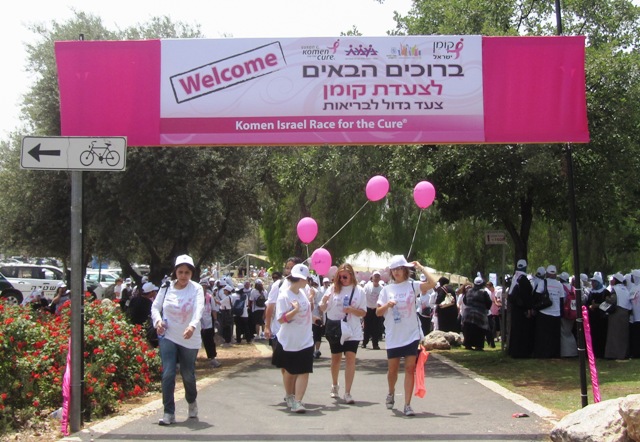 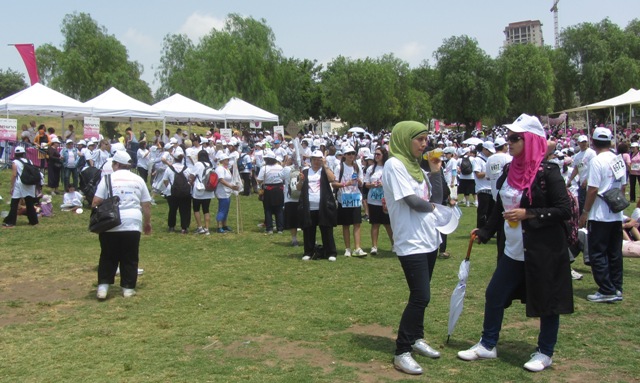 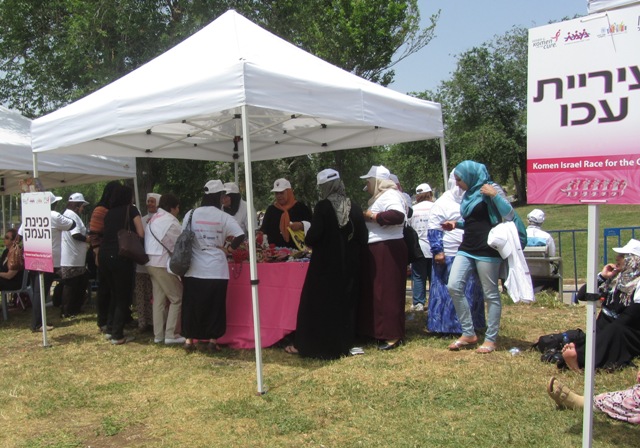 People came from all over Israel and all over the world to take part, 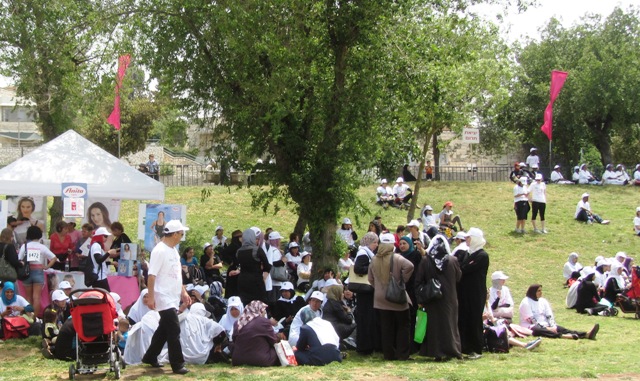 including hundreds of Arab women 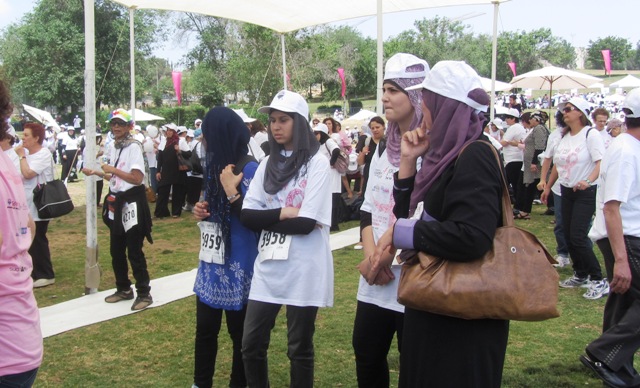 From a large stage after warm up and exercise music played,

US ambassador to Israel Dan Shapiro spoke to the crowd in Hebrew. 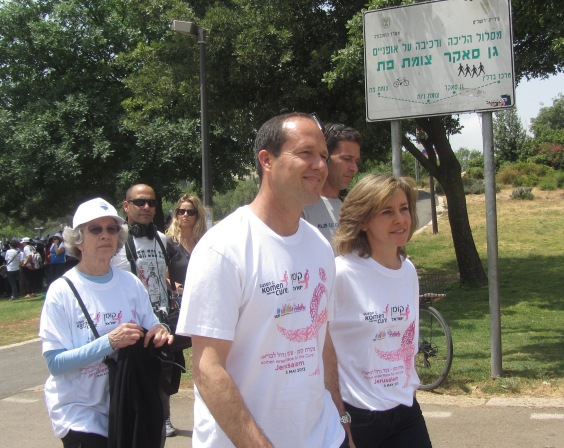 led the crowd out of the park 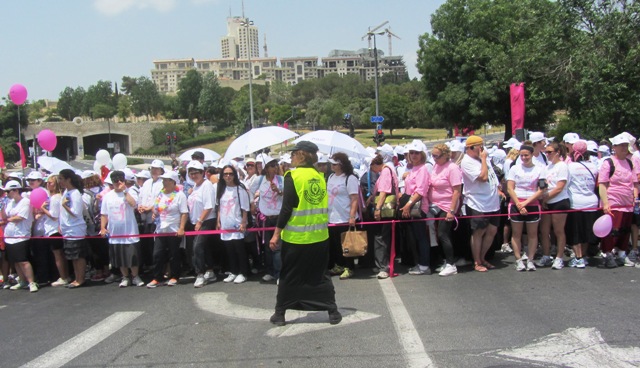 to the starting line. 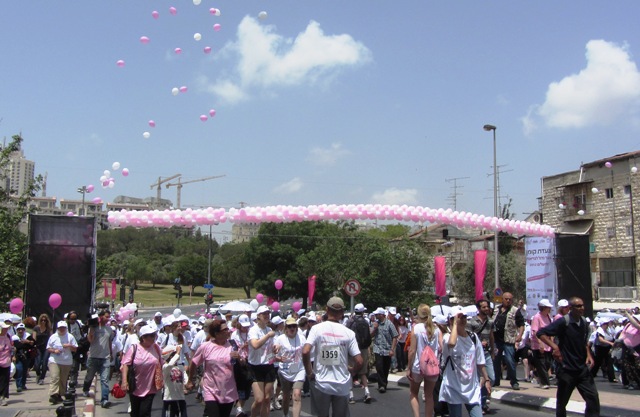 Balloons were released after the mayor spoke 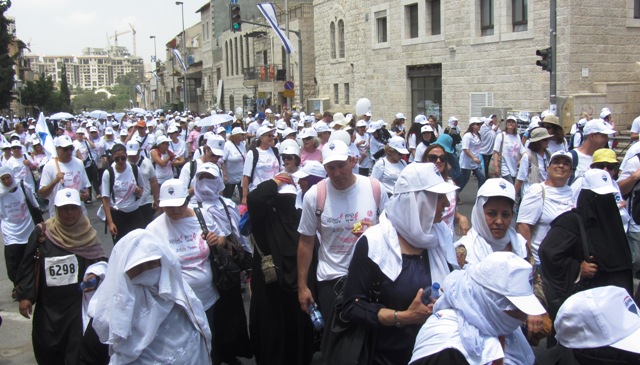 and the march began 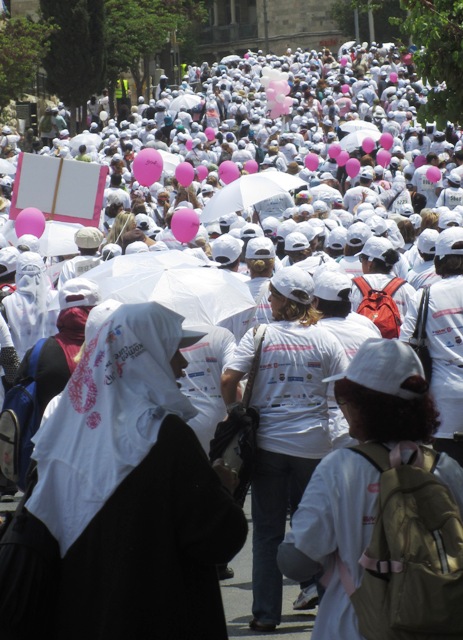 going up Bezalel Street toward the center of town 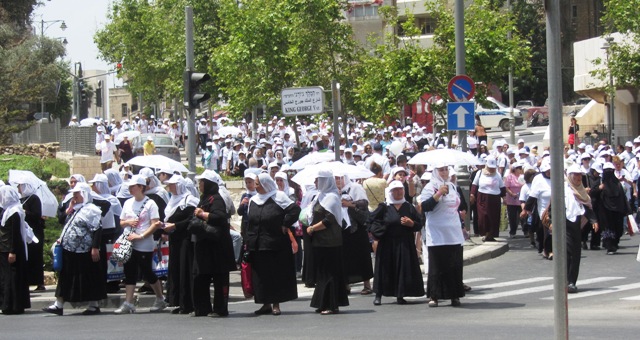 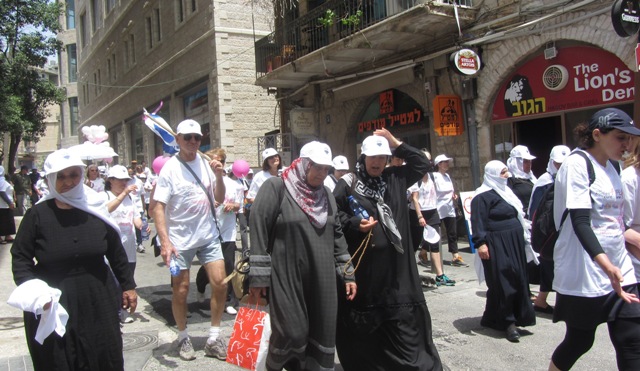 The March then proceeded through the Ben Yehuda Mall

and to Yoel Salomon Street,

which was a great improvement over the previous route. 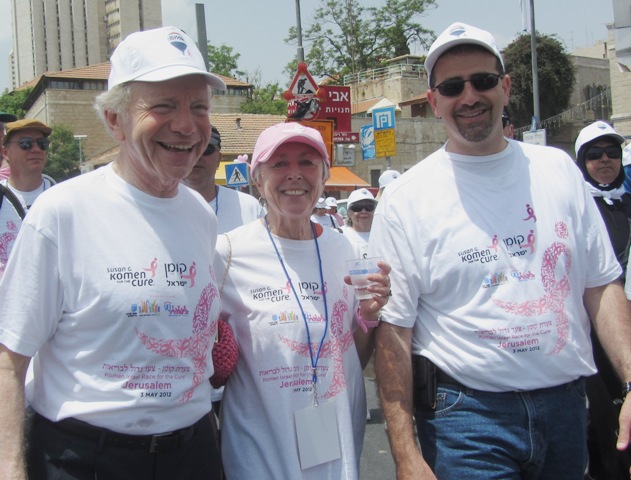 US Senator Joe and Hadassah Lieberman and Ambassador Shapiro

seemed to be really enjoying themselves.

The mid-day weather was much cooler than the last march 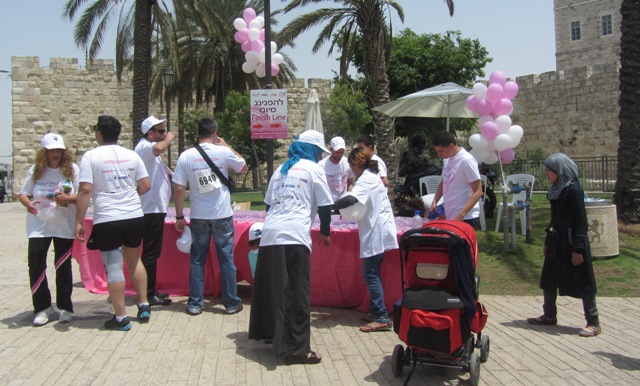 and there was plenty of water for everyone. 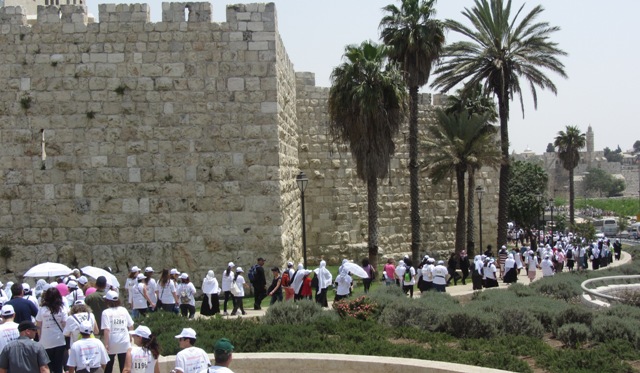 Walking along the Walls of the Old City was perfect way to end the march. 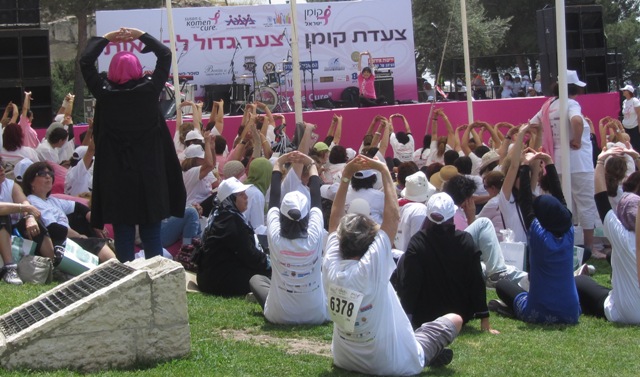 In the park after the finish line,

a yoga session was led by a breast cancer survivor. 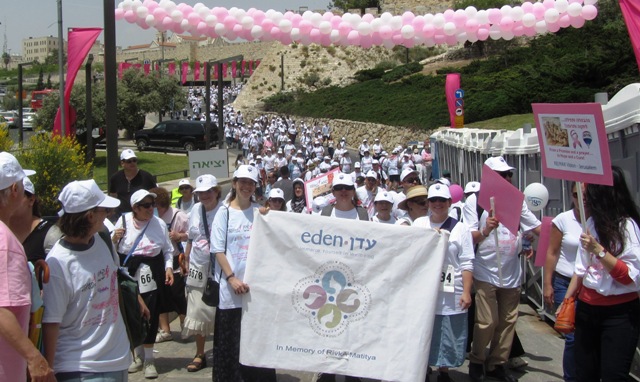 Sadly, not everyone survives breast cancer and

many people walked in memory of a friend or relative. 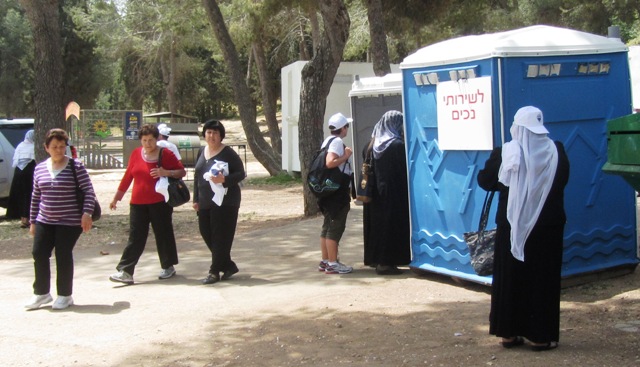 Komen organizers should also be complimented for providing

toilets for the disabled at the beginning and end of the route. 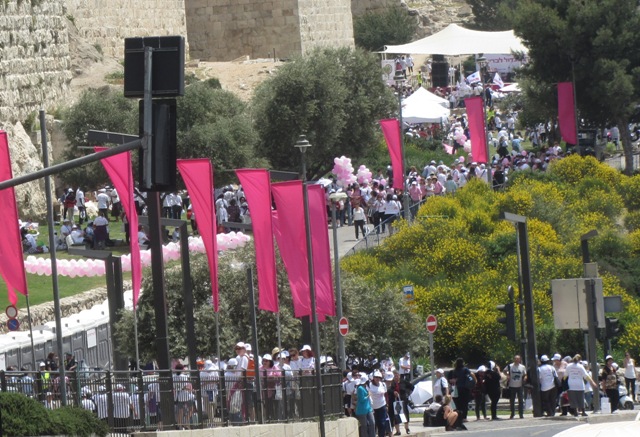 For an event that received so little advance publicity,

it was bigger and better than last time. 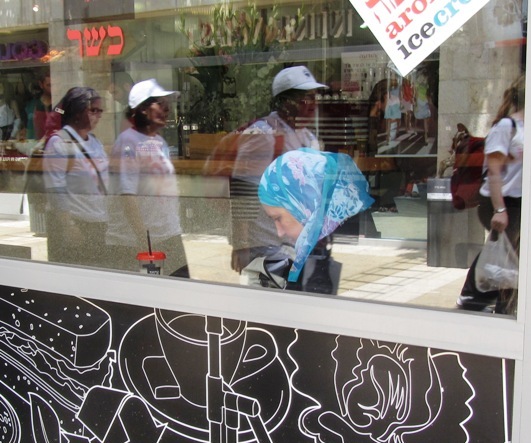 It is not clear yet how much money was raised for cancer research,

but as people we passed on the way kept saying,

“Ayza yofi, ayza yofi“… this is beautiful, so beautiful.”

There was no violence,

certainly no sign of apartheid on the Jerusalem streets today,

but there were a lot of pink banners and pink balloons.

16 thoughts on “Komen Israel Race for the Cure”