Over and over I have been asked why I started doing this photo blog…it was this scene.

After I took this photo from just outside the Bell Park, I walked the short distance to the Kotel, the Western Wall. I could not get near, as police security barriers were already set up in early afternoon to keep everyone away, even though the Remembrance Day ceremony was not to take place for hours.

The photo I saw published in the newspapers was of one of men (Arabs?) behind yellow police tape.  It seems the papers, certainly in Israel, publish what supports their agenda. I decided instead of being angry, to take candid photos, real street scenes and share them.  My hope is that people will appreciate seeing the Real Jerusalem Streets, often the other side of the street from the media, and will share with their friends.

With President Peres in Brazil,

the Prime Minister in United States and France,

and many Israeli officials overseas,

the streets were a bit quieter this week.

and Saban Forum delegates at the King David Hotel

seem to move around in big vans, but with a lot less noise.

The real Jerusalem streets are often traffic nightmares,  many of them with the space for donkeys or camels, not the large vehicles of today. Pray, you never have a medical emergency in Jerusalem, often even an ambulance cannot get the needed space to move.

Space is always an issue, inside and out.  Coming from a ten-room house to a four-room apartment here was quite an adjustment, utilizing every bit of space is a must.   Putting a fish restaurant on top of a garage, what use of space! 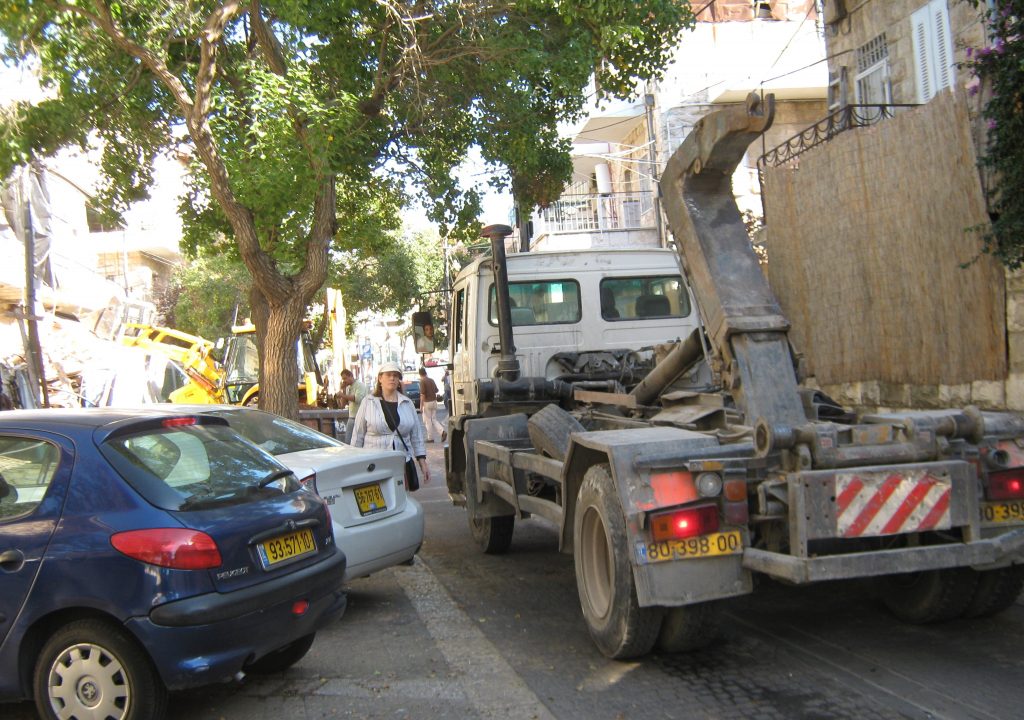 Sigd is now a national holiday. Thousands of people and buses crowded into Jerusalem for Monday’s celebration.

After the cold and wet weather, we had a few hot days.  People came out in droves, even the ants came back from their winter hiding places…and last night more much-needed rain.

One thought on “Sharing Spaces in Jerusalem”