the 4th session of the 20th Israeli Knesset

opened this week after a long break. 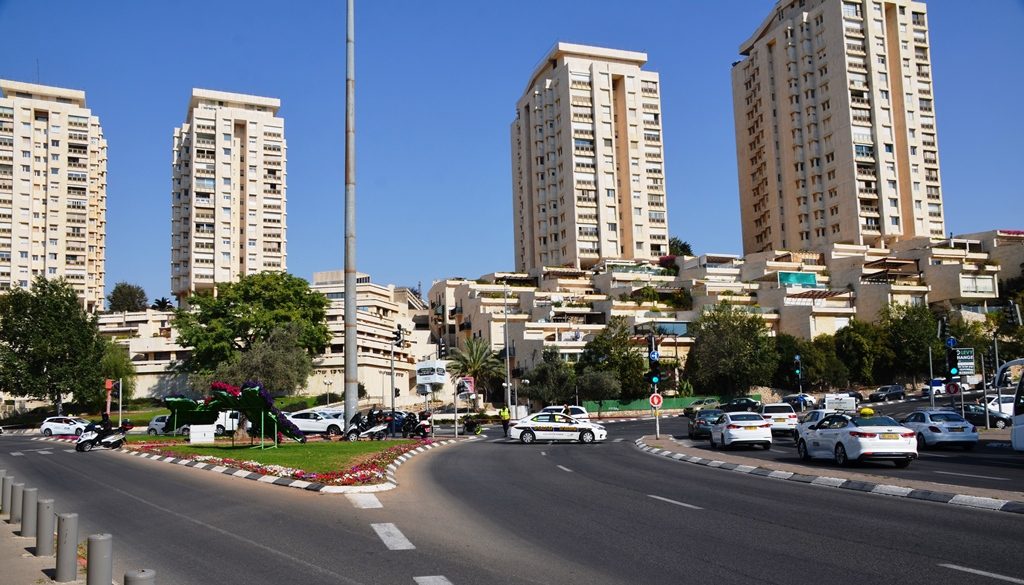 Early on, nearby streets were closed to traffic

but closings did not prevent protests.

In the road near the Israel Museum,

were visually impaired folks with their guide dogs. 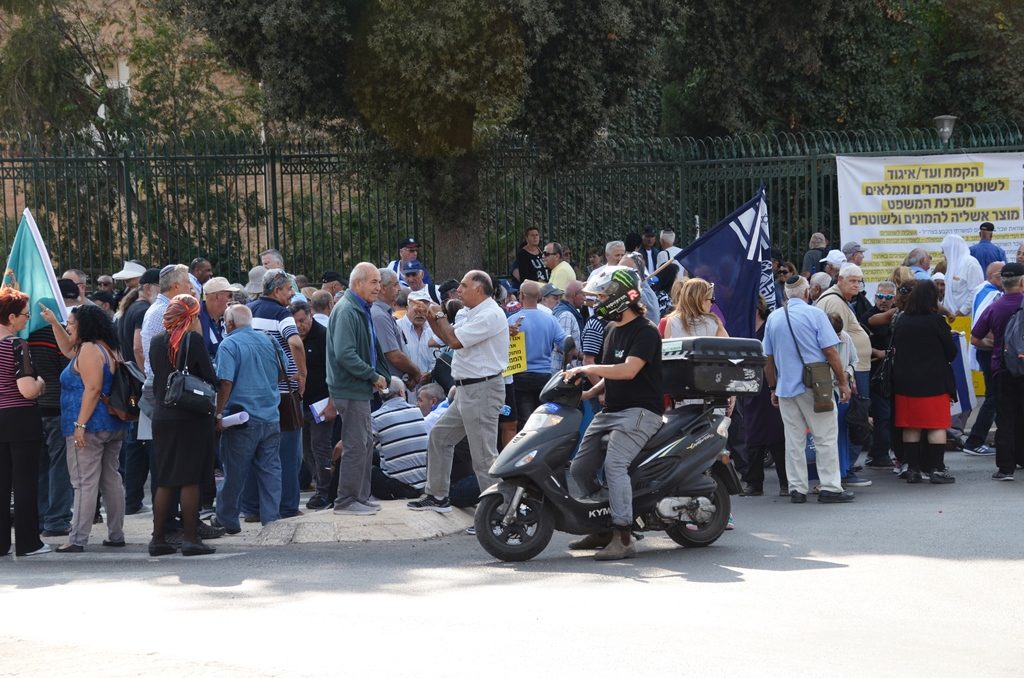 Closer to the Knesset there were more groups protesting.

Once getting past the protesters,

and while waiting in the security clearance line, 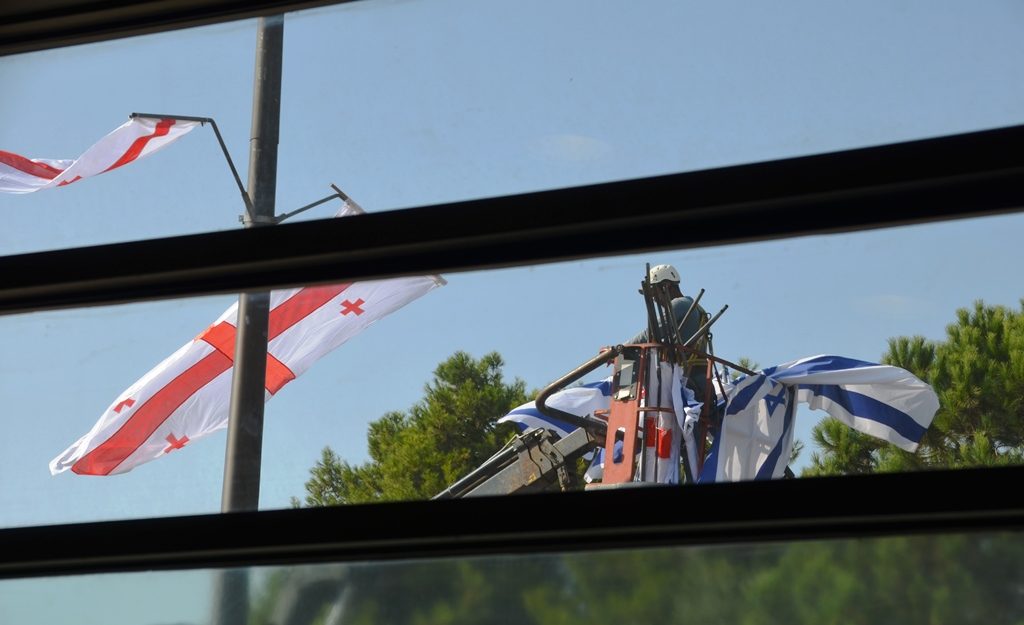 I saw the flags were being changed.

Israeli flags came down, and Georgian ones went up,

which meant a leader of Georgia

(not the US state) is soon on his way to Knesset. 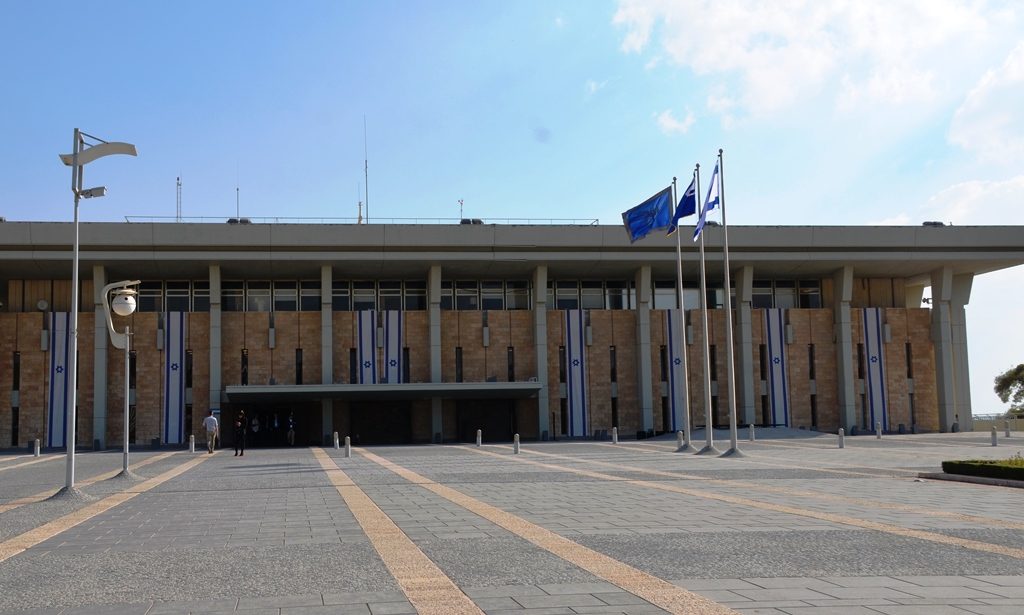 here is the mandatory photo of the Knesset. 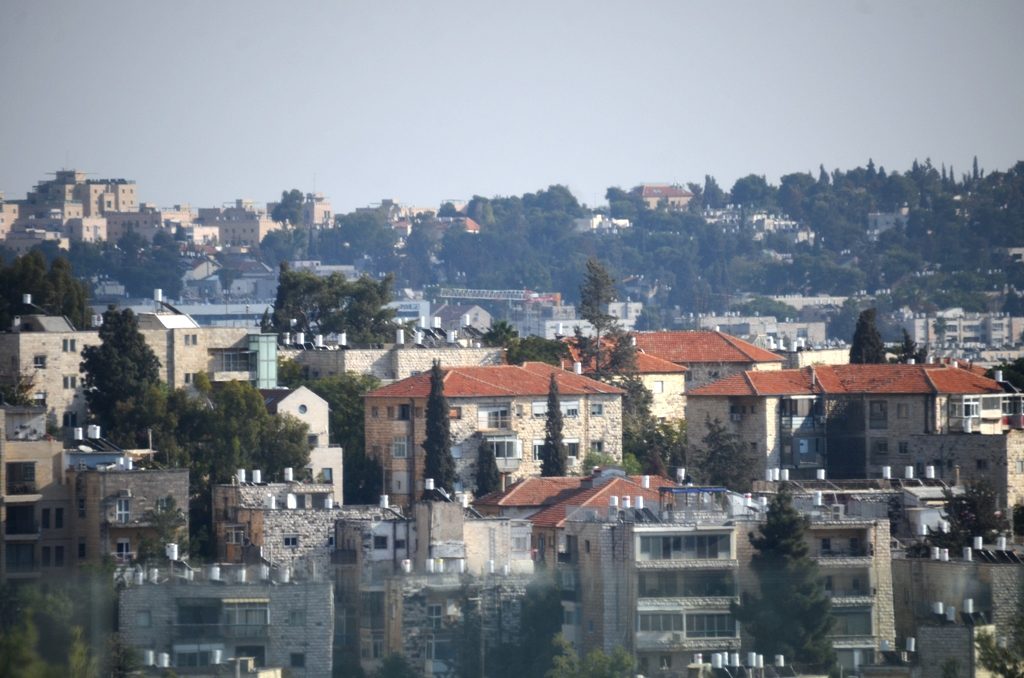 takes the Knesset view of where I live? 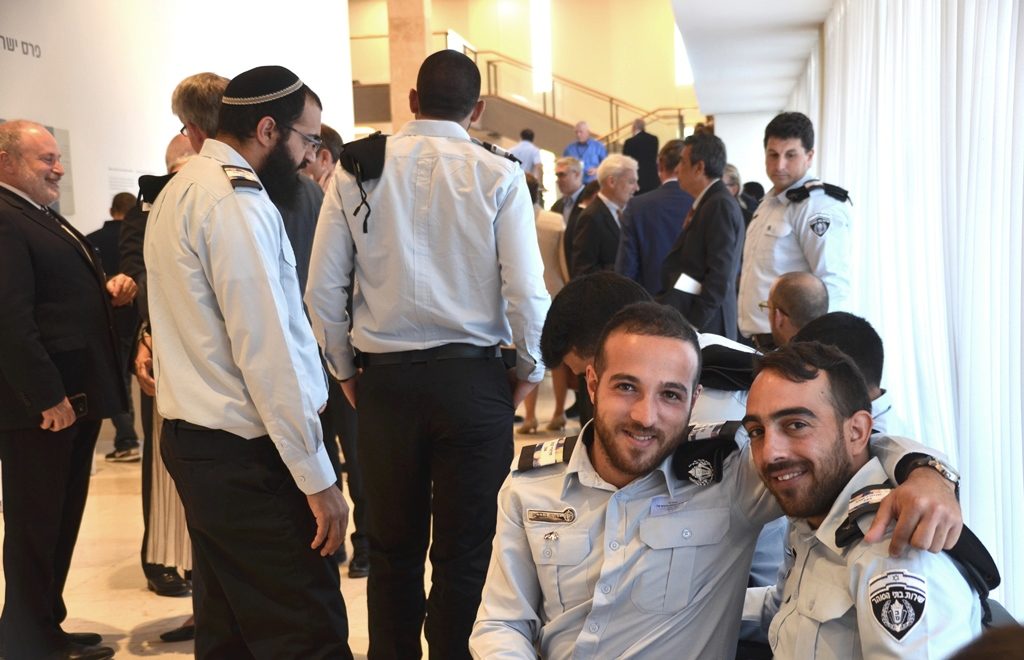 so there was plenty of time to oblige these young men with a photo. 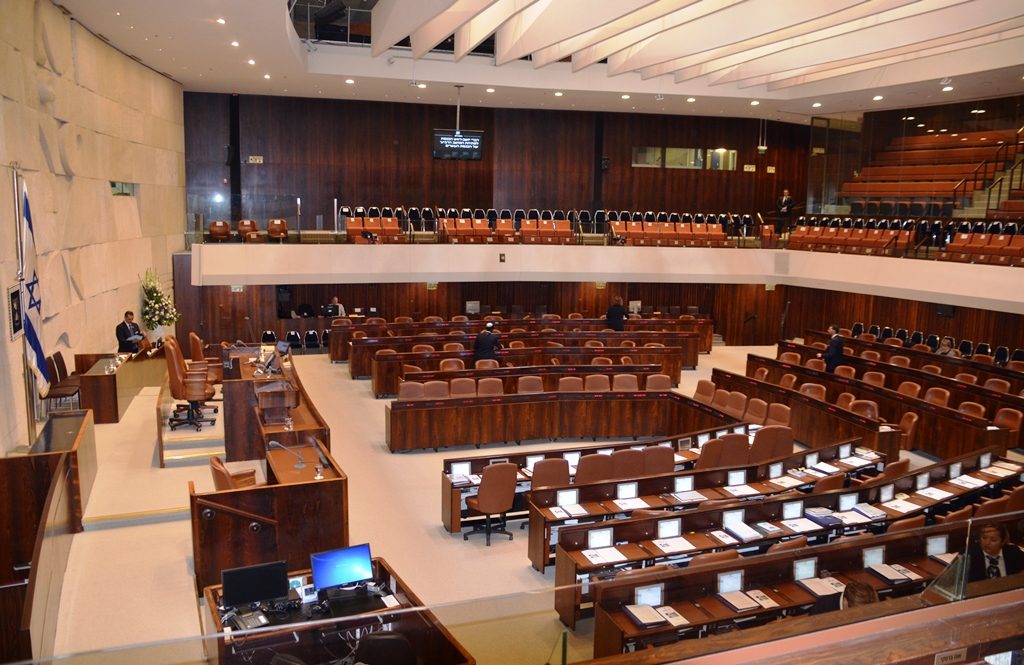 Being one of the first ones in the plenary hall 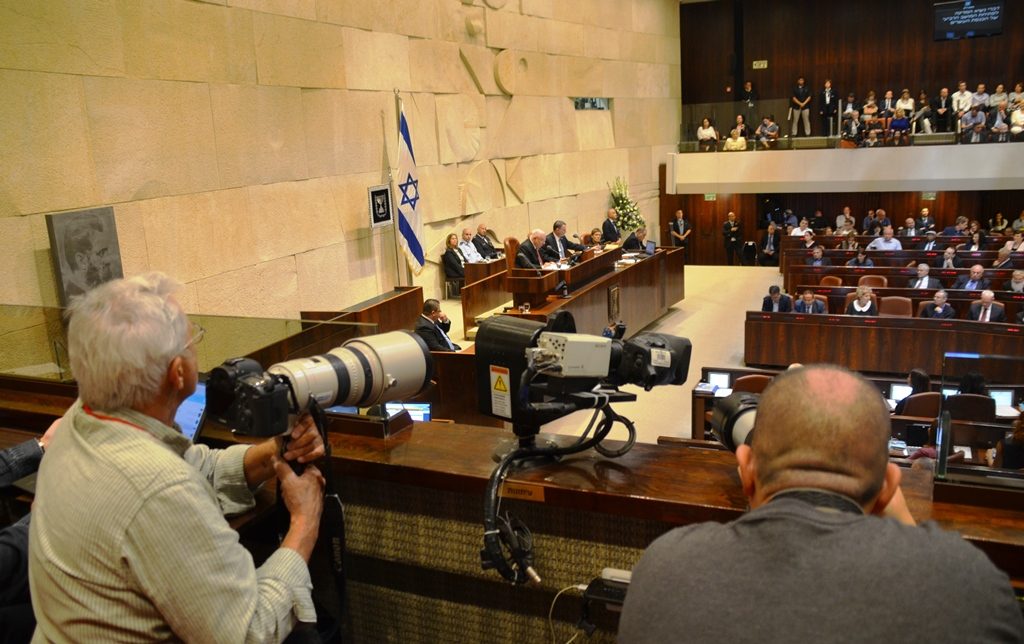 meant that I could get the seat behind the webcam. 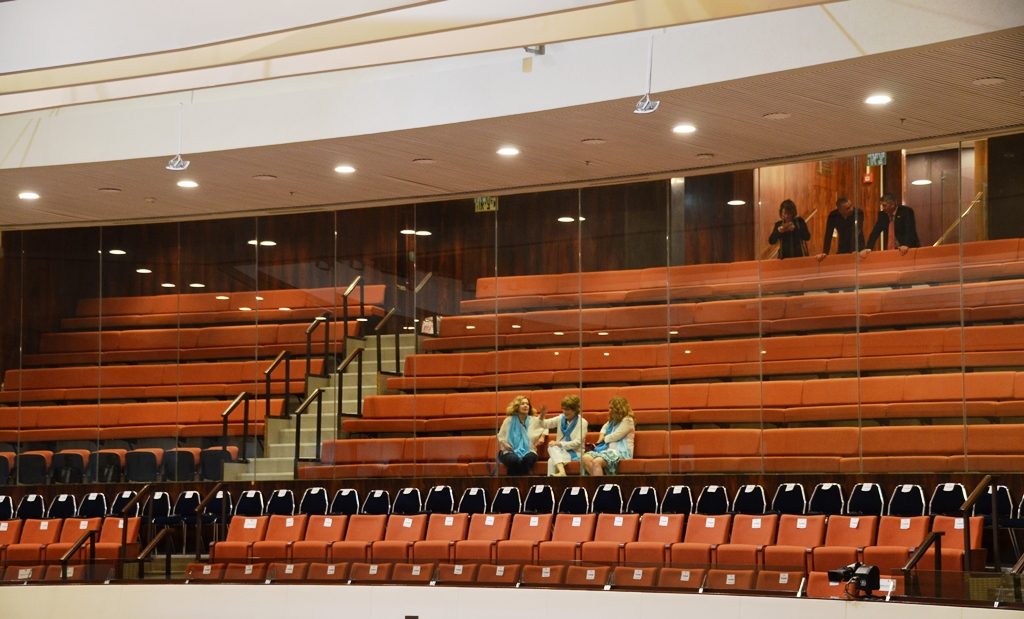 WomenWagePeace were there early too,

and saved front row seats in the visitors’ gallery. 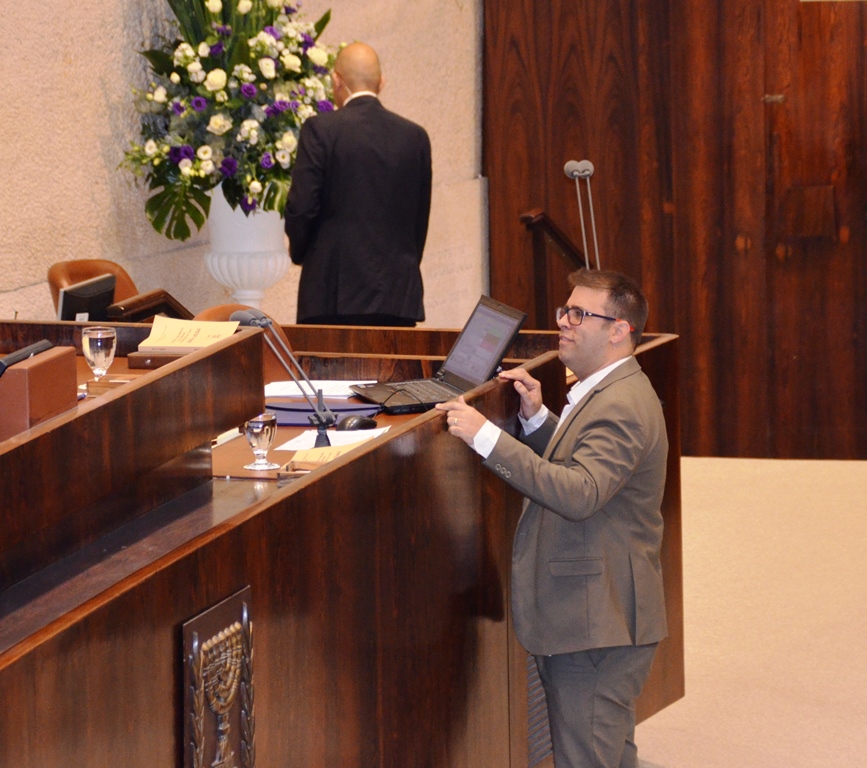 MK Oren Hazan was one of first

members of the Knesset to arrive,

but there were no infamous selfies like with Trump. 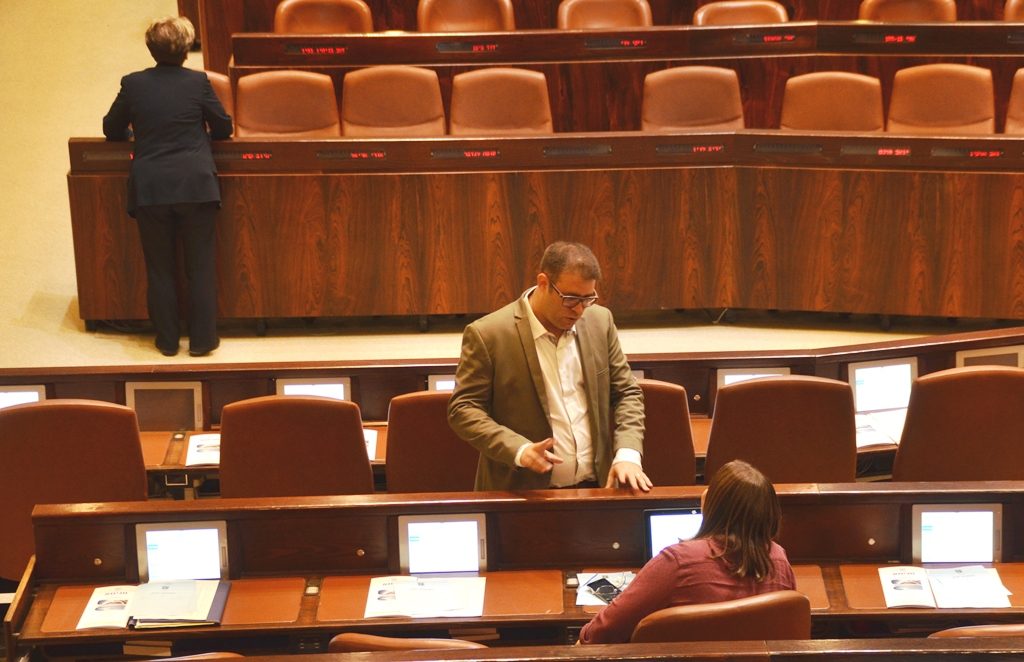 He only wandered over to talk with the opposition. 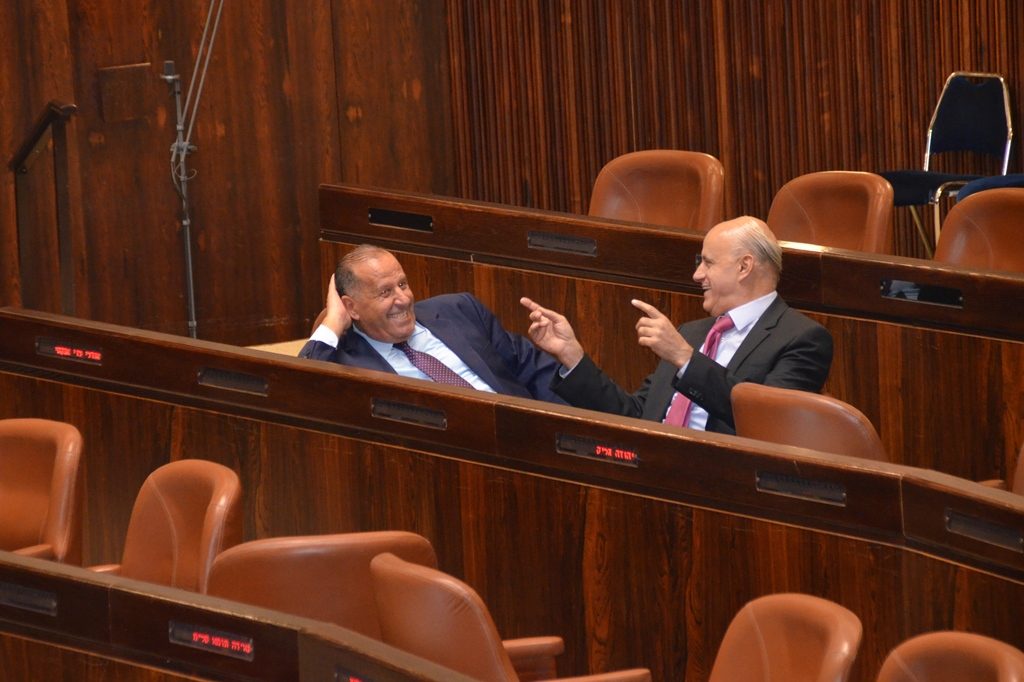 I wonder what they were saying?

the international ambassadors were seated 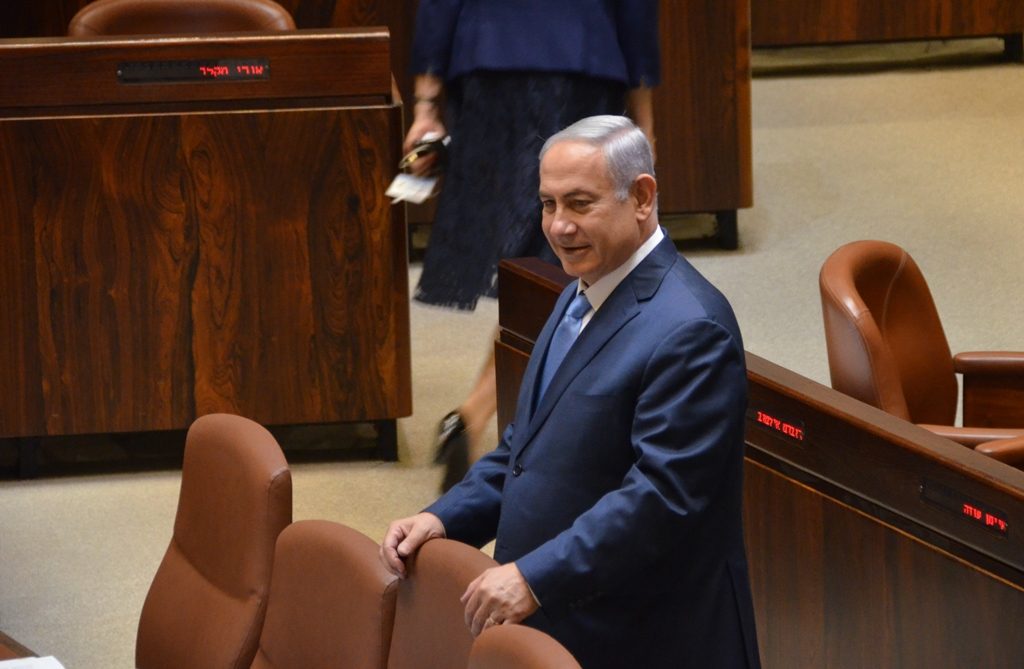 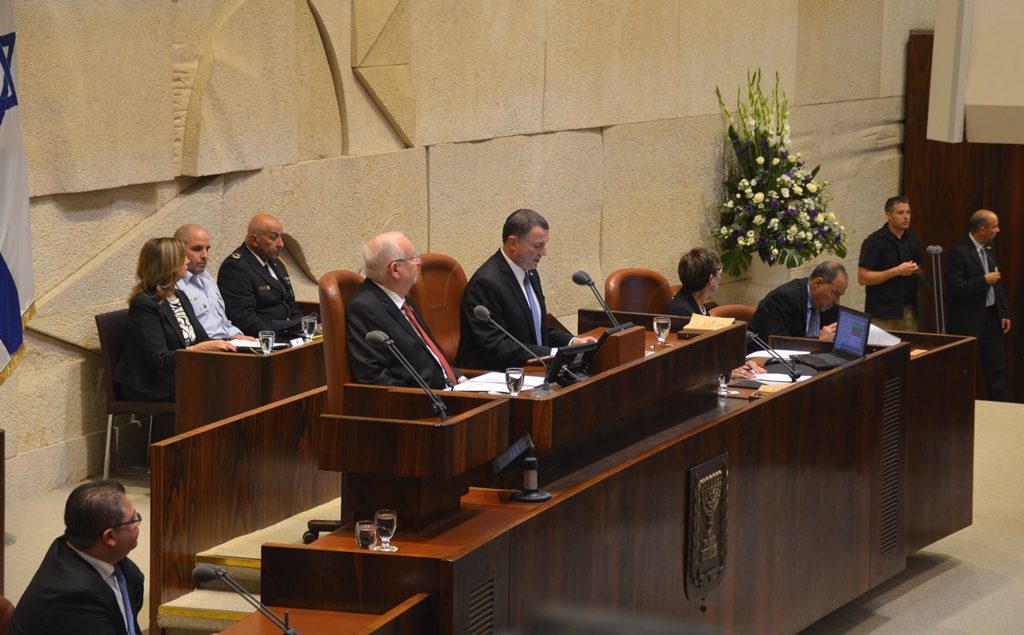 took their seats at the dais and

the session was called to order. 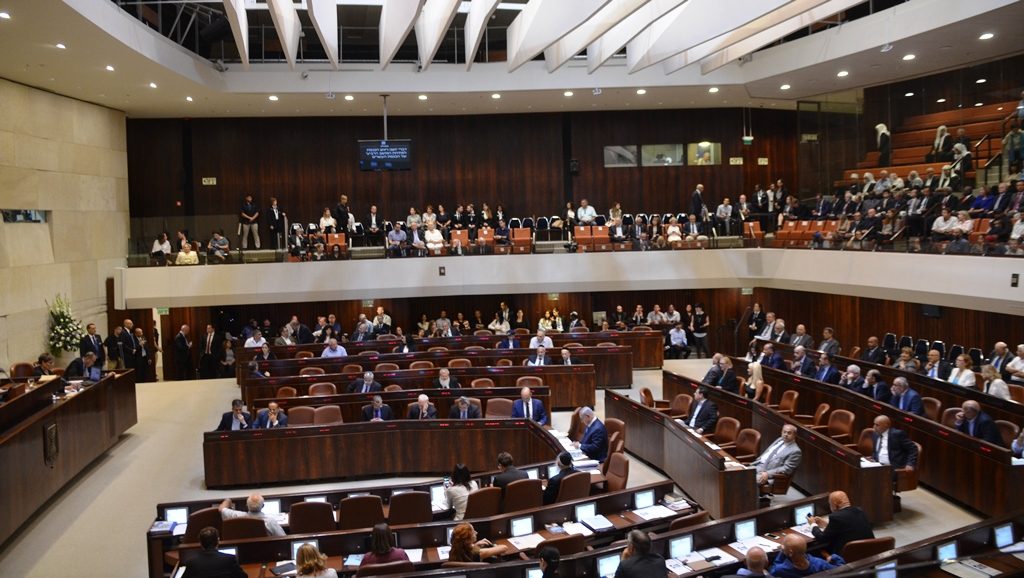 Many seats were still empty. 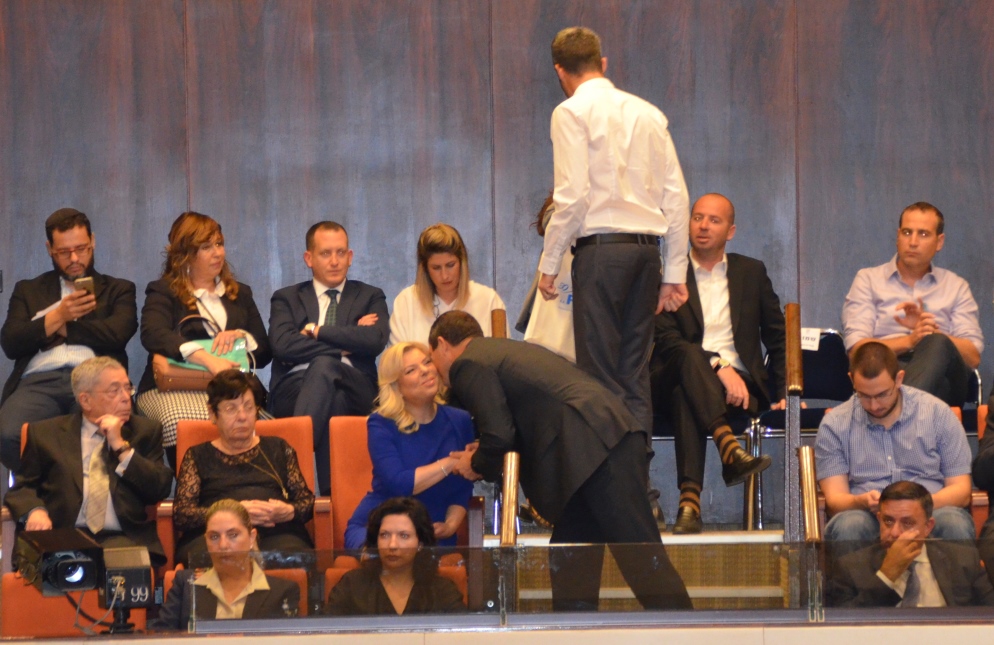 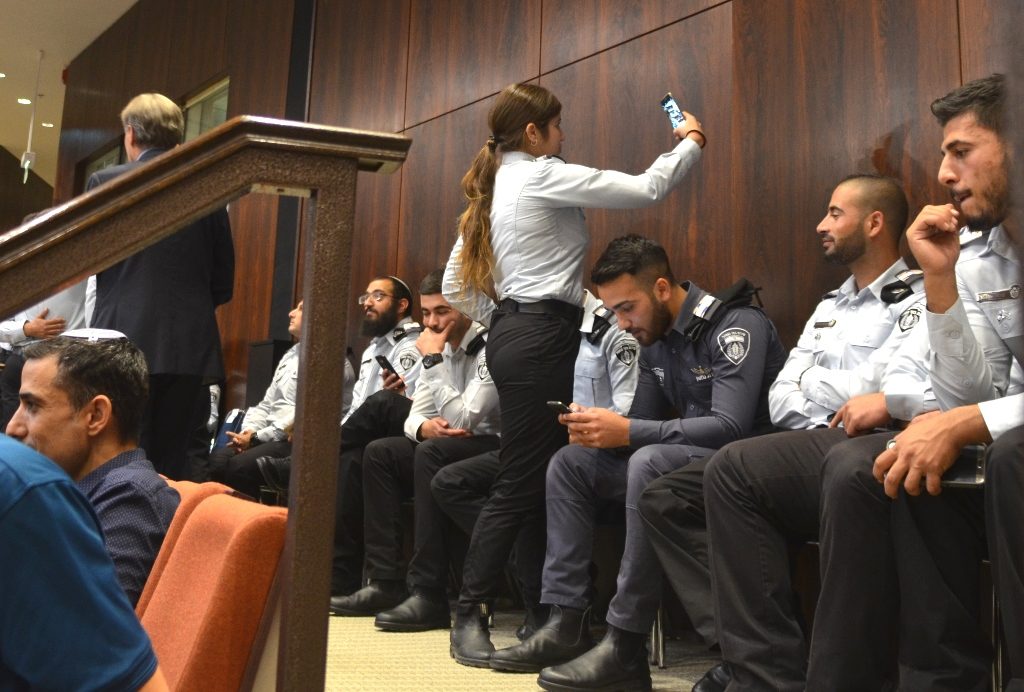 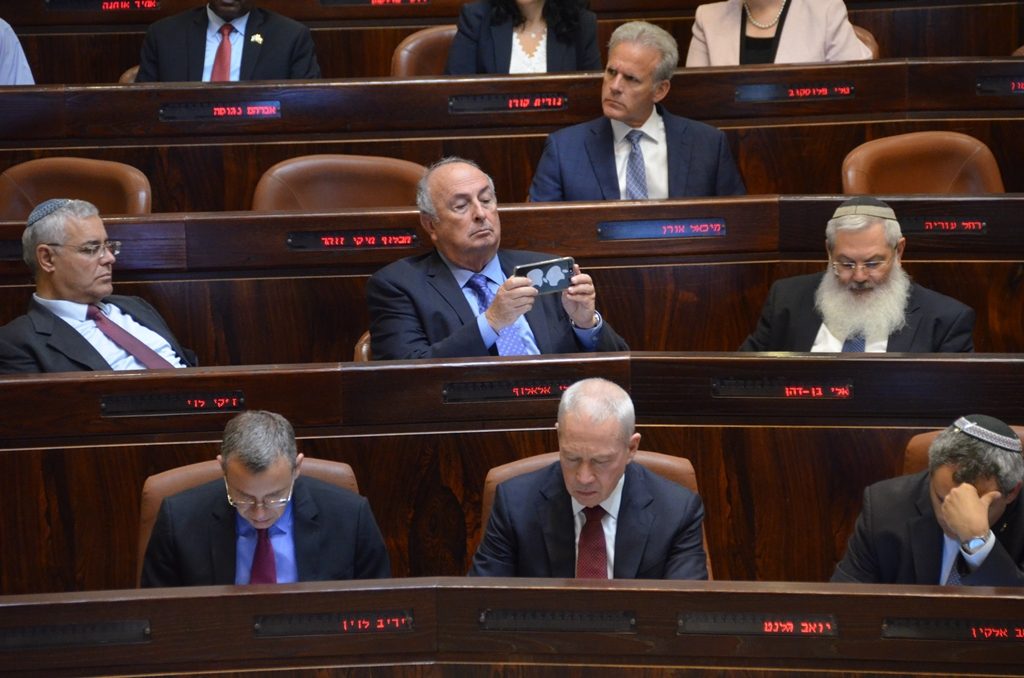 and MKs could also be found with cameras in hand. 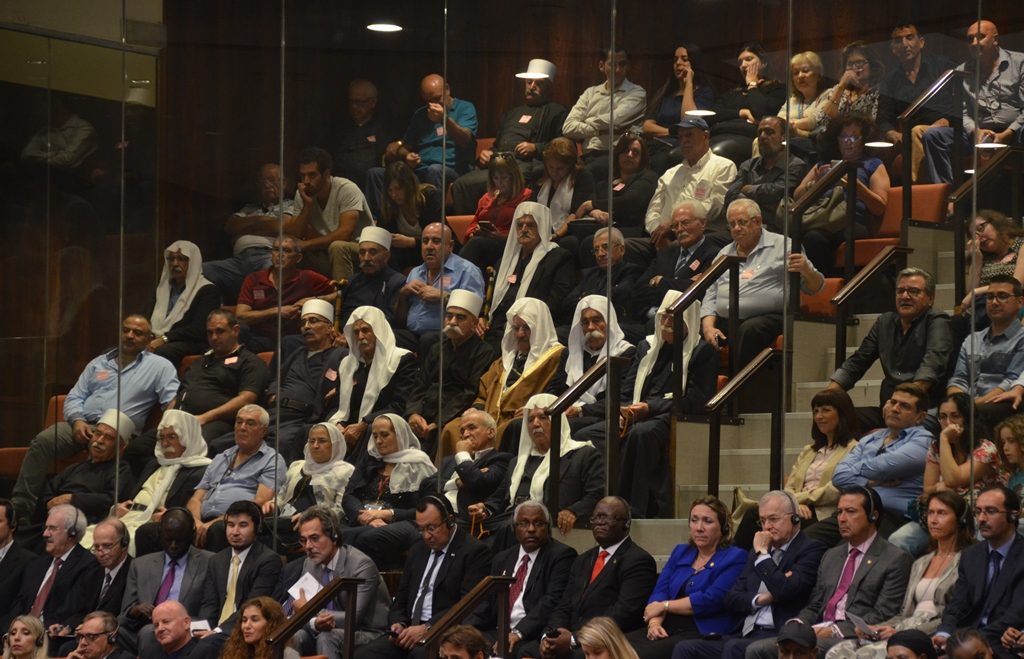 The diversity of guests seated 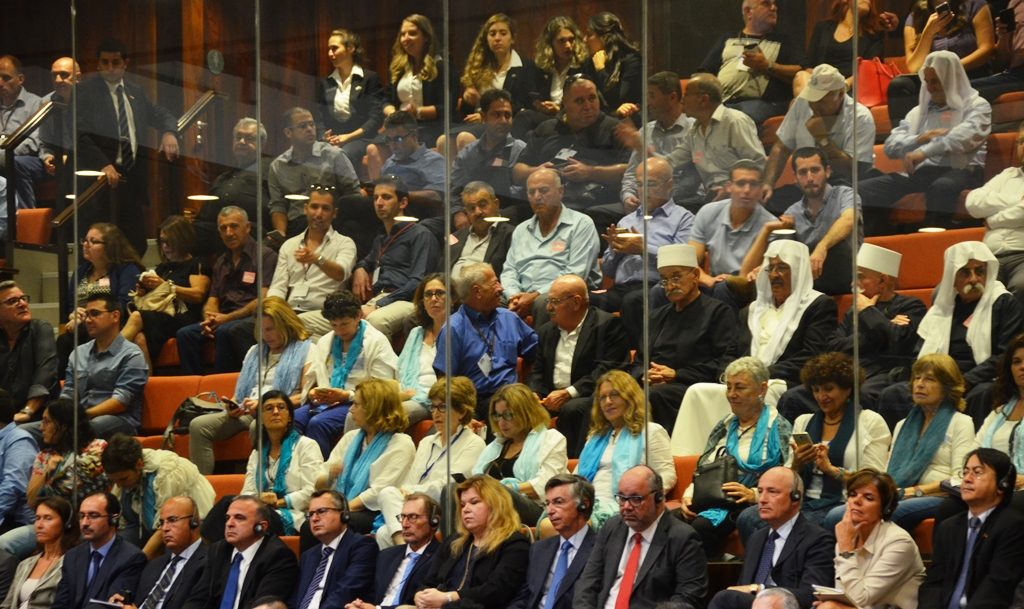 throughout the galleries was obvious.

As the Speaker and President spoke, 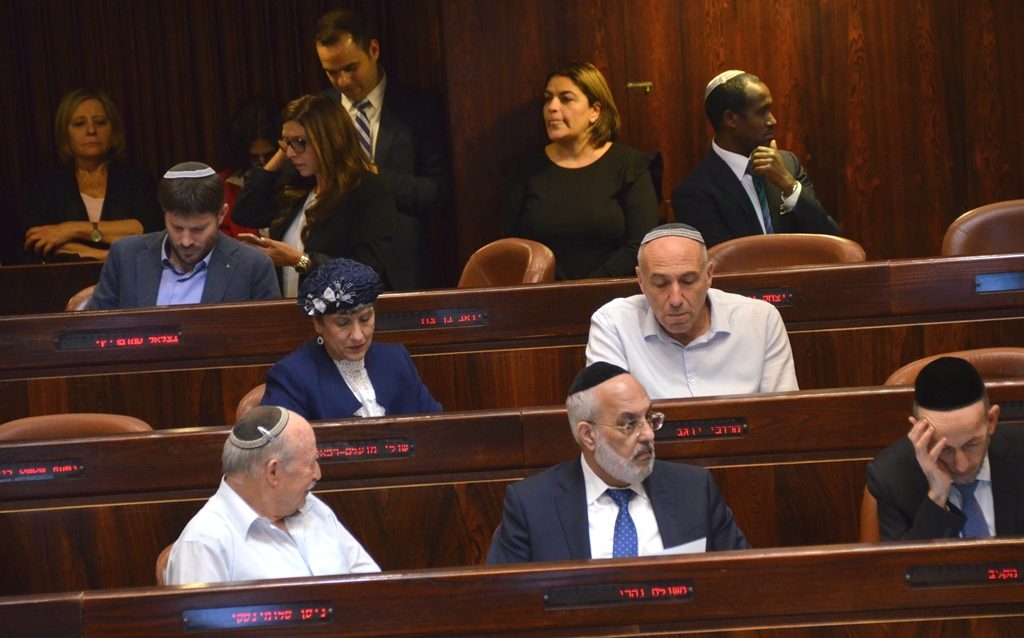 the room was respectfully, boringly quiet.

But as the Prime Minister got into his remarks, 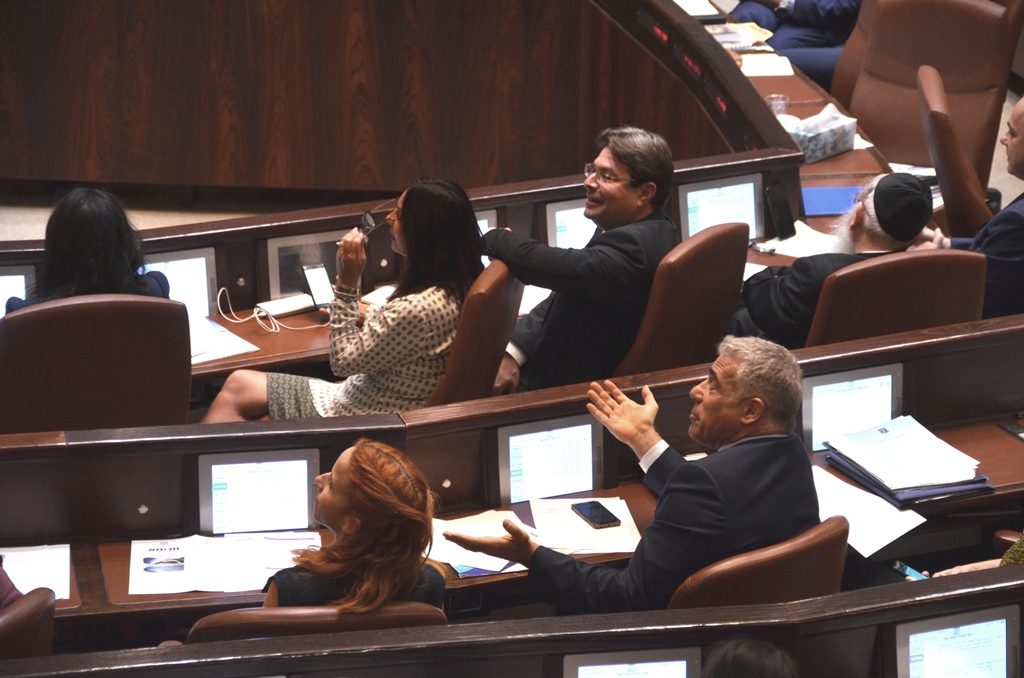 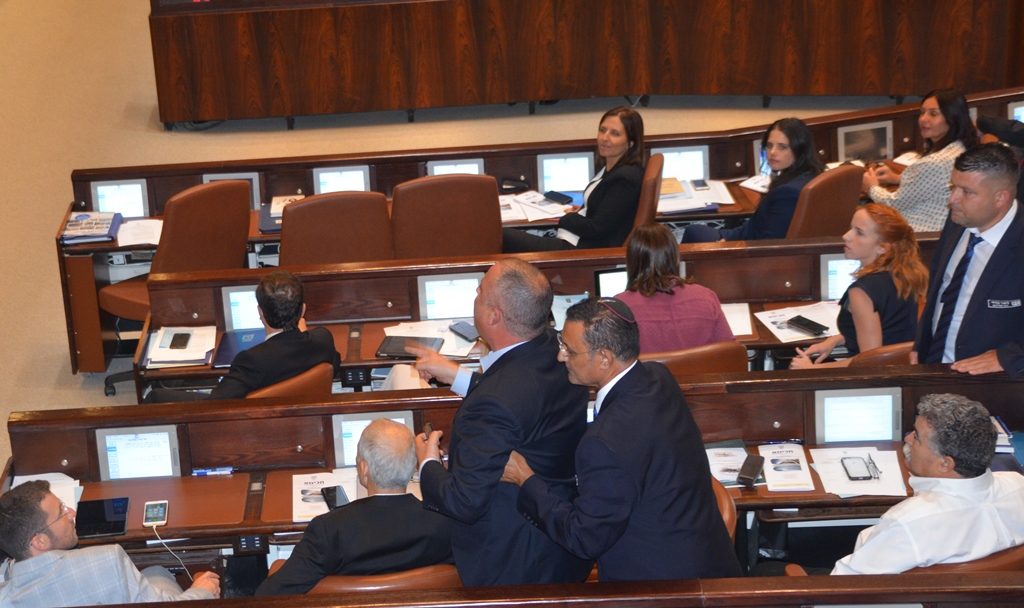 but this MK would not stop shouting and was removed. 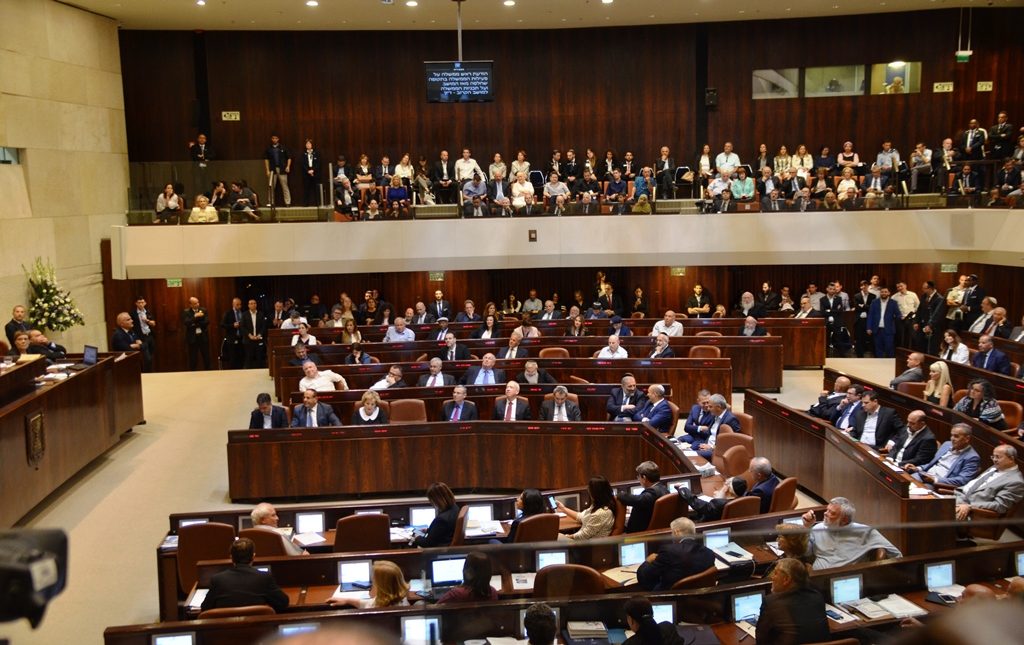 It was quite a show to behold

When the Prime Minister returned to his seat

and responding to shouts from the opposition

by calling them “sourpusses,” 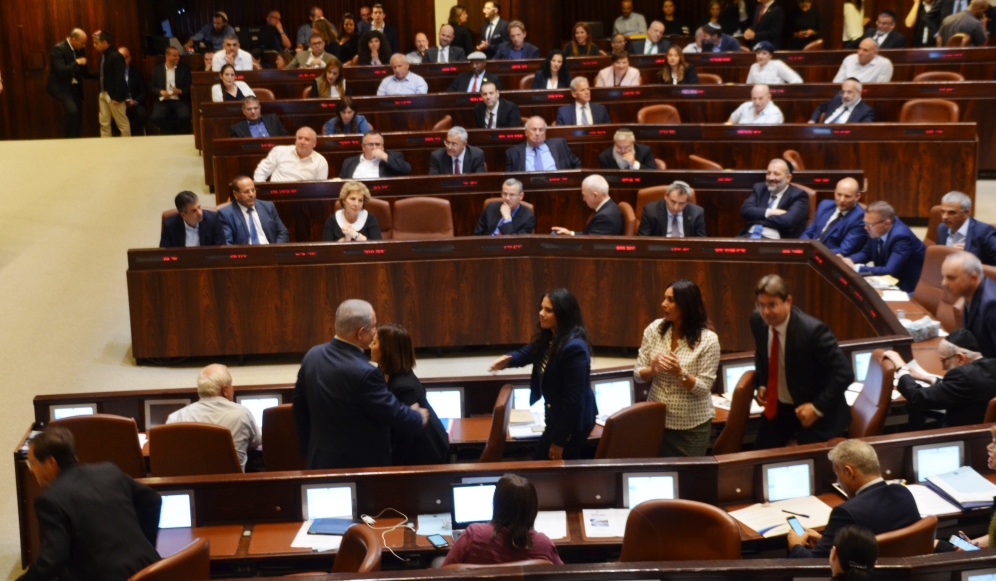 his ministers rose to shake his hand.

There were handshakes from coalition, 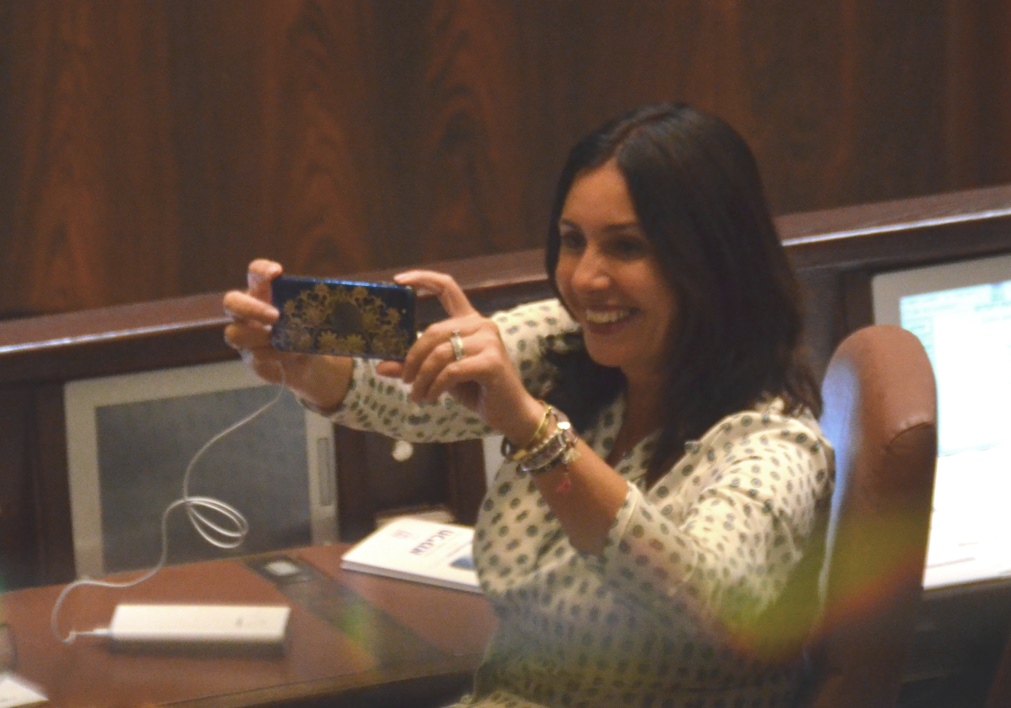 MK Miri Regev seemed to be having a great time. 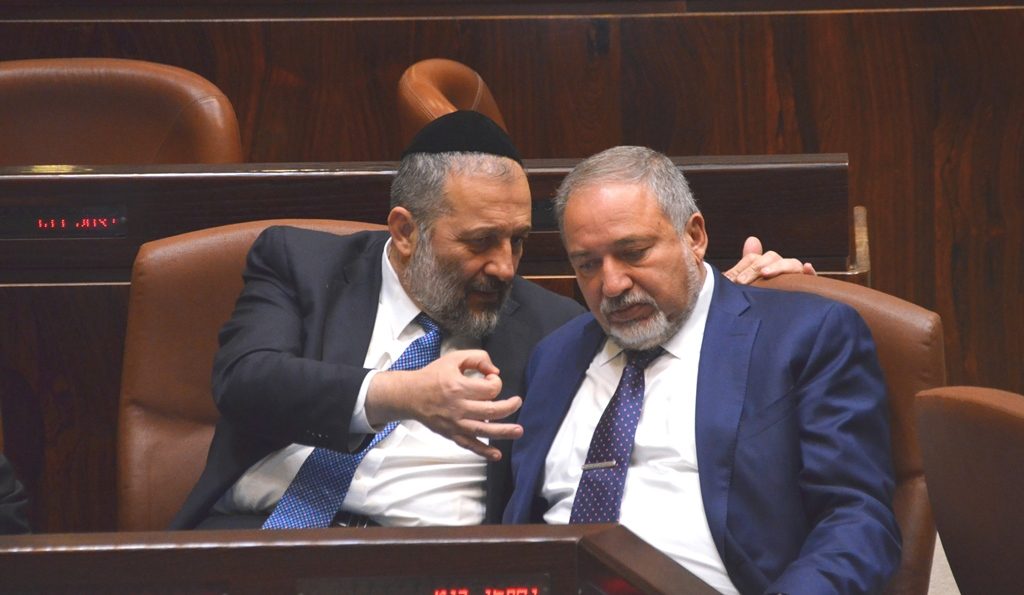 Though he was one of last to arrive,

You know the expression, 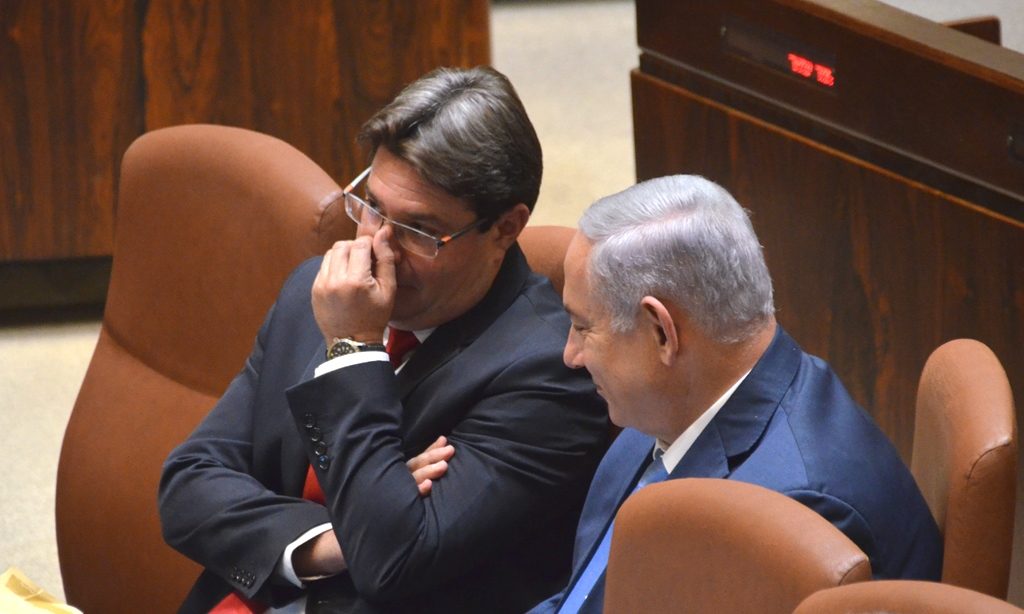 many of those who spoke to the

The leader of the opposition MK Yitzhak Herzog

was the final speaker in this part of the program.

The crowds filed out, as more visitors waited to get in. 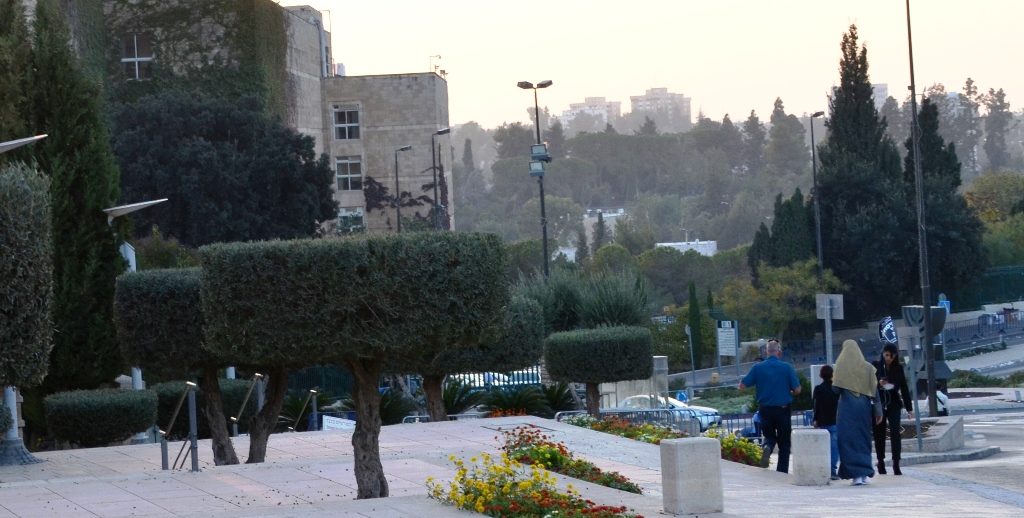 The Jerusalem streets were quiet

as the sun was setting,

and traffic returned to the littered, post-protest streets.

For more of the experience, here is a one minute video,

as stills could not capture it all.

Now I am left wondering

how does anything get done in the Knesset?

2 thoughts on “Israeli Knesset Opening Day Photos: Outside and In”