I love a day when the weather is the top news.

Last night, as the sun set, cool winds came across the city.

I thought my camera lens was dirty, 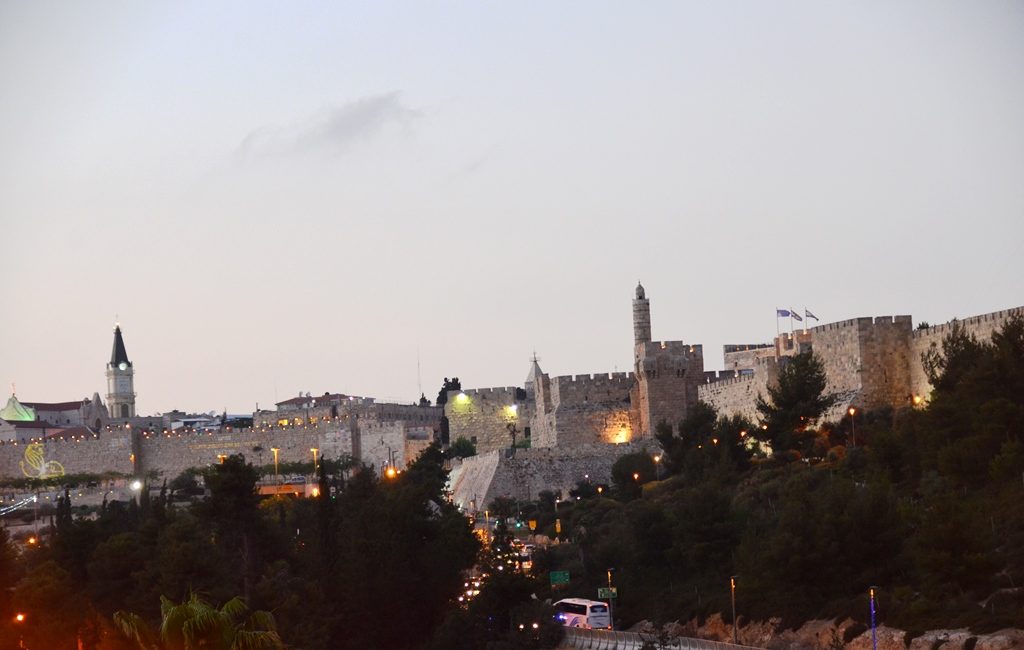 but those were clouds over the Old City.

As it got darker, more clouds blew in over 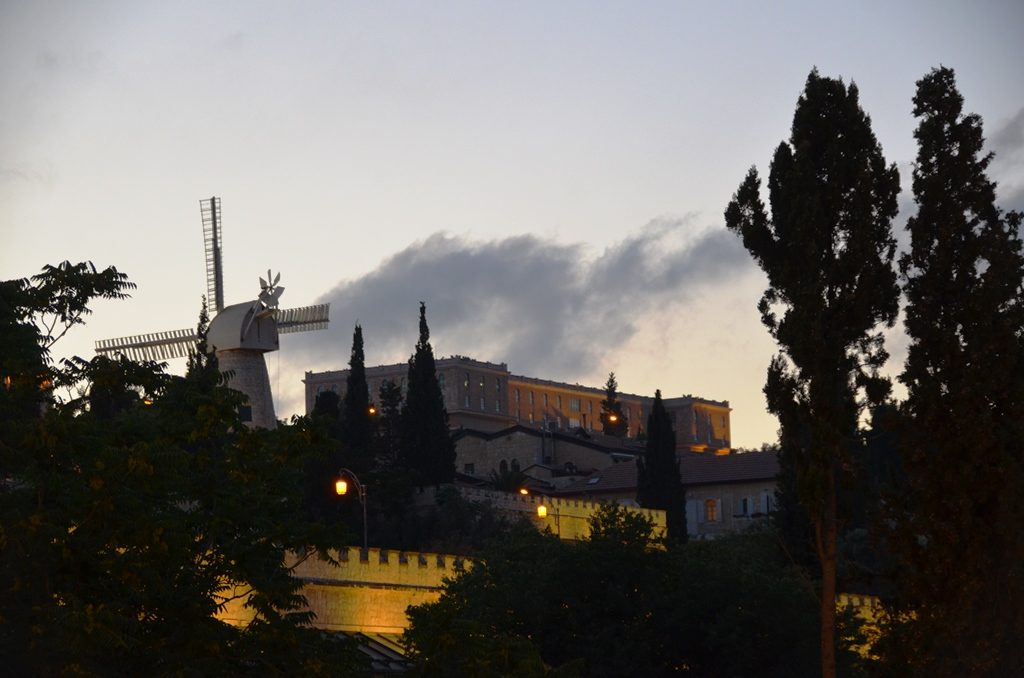 the Montefiore Windmill and the King David Hotel.

and certainly not like the first day of summer.

But by afternoon, most of the clouds were gone,

and it was back to sunny warm streets and a normal June day.

A great time to get out and appreciate the Judean  hillside. 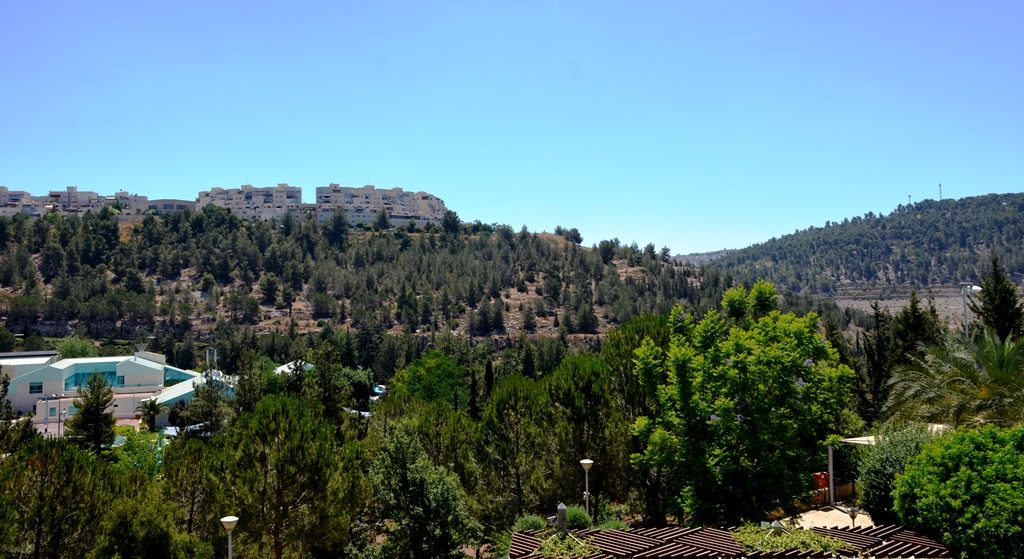 This view is just minutes from Malha Mall, 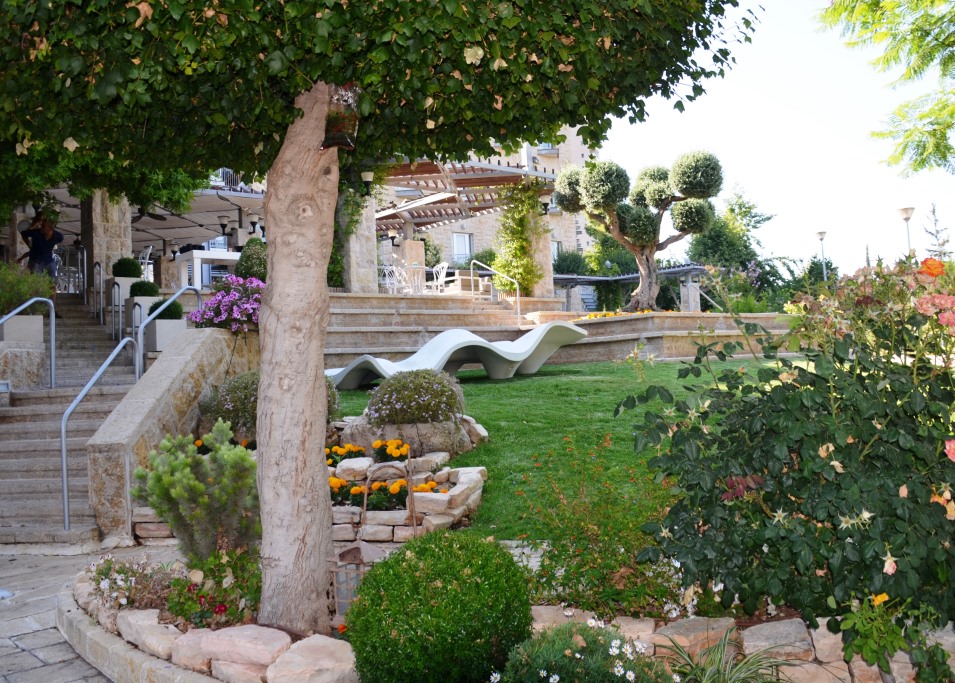 and was taken from these lovely gardens. 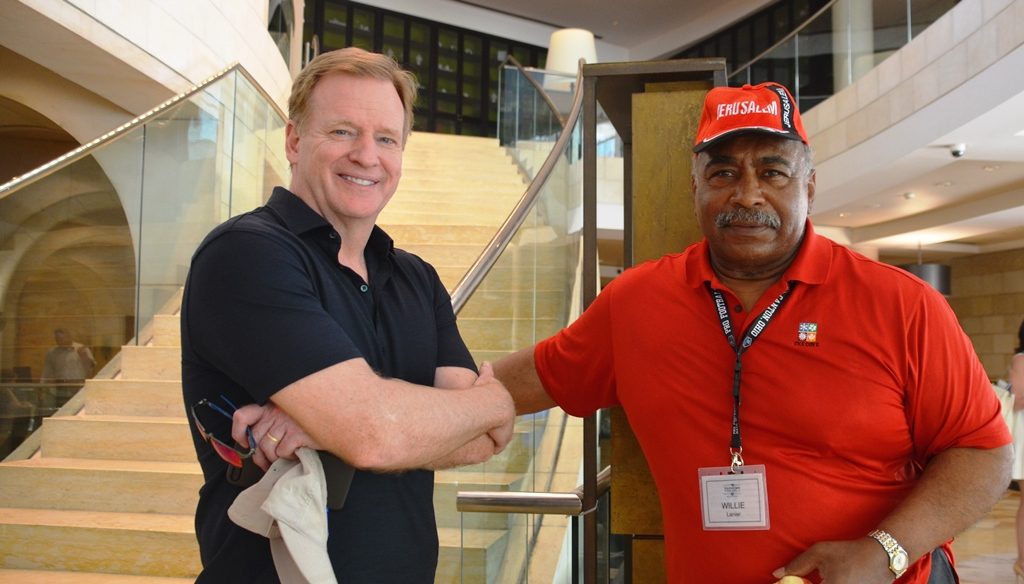 was wearing Jerusalem on his hat at the end of his visit.

It goes well with his Canton, OH, Hall of Fame shirt.

Thousands tried to meet and

I was told that I missed Joe Montana by seconds.

It was better than standing in the heat outside

the Israeli Ministry of Foreign Affairs waiting for security. 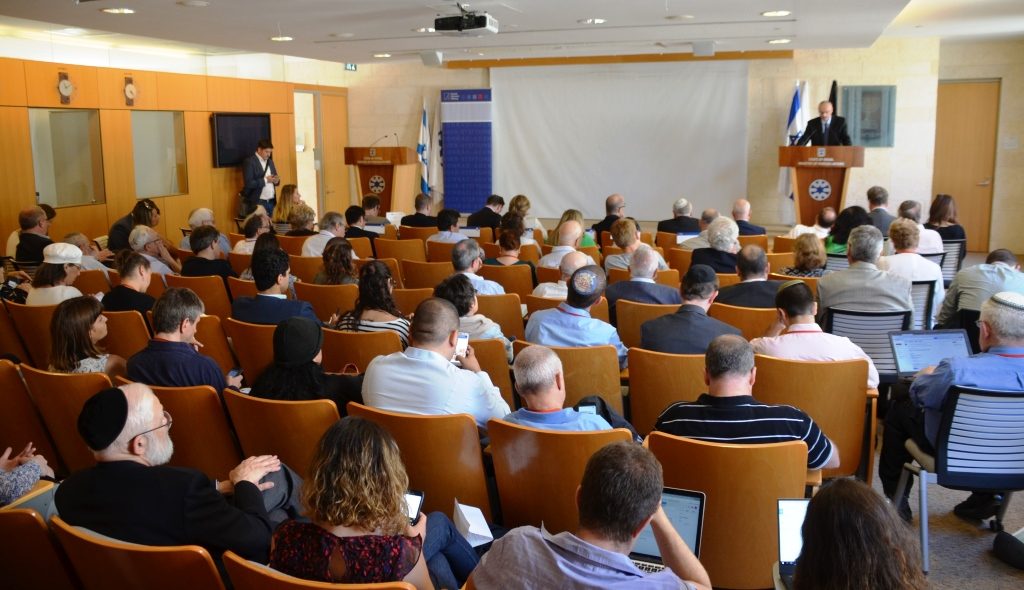 The Simon Wiesenthal Center and

the Konrad-Adenauer-Stiftung Israel held a conference there

on digital terrorism and hate speech on the internet.

I am afraid you will be hearing lots more

on this EchoChamber in the future,

as cyber terrorists look for new ways to attack.

The next day was 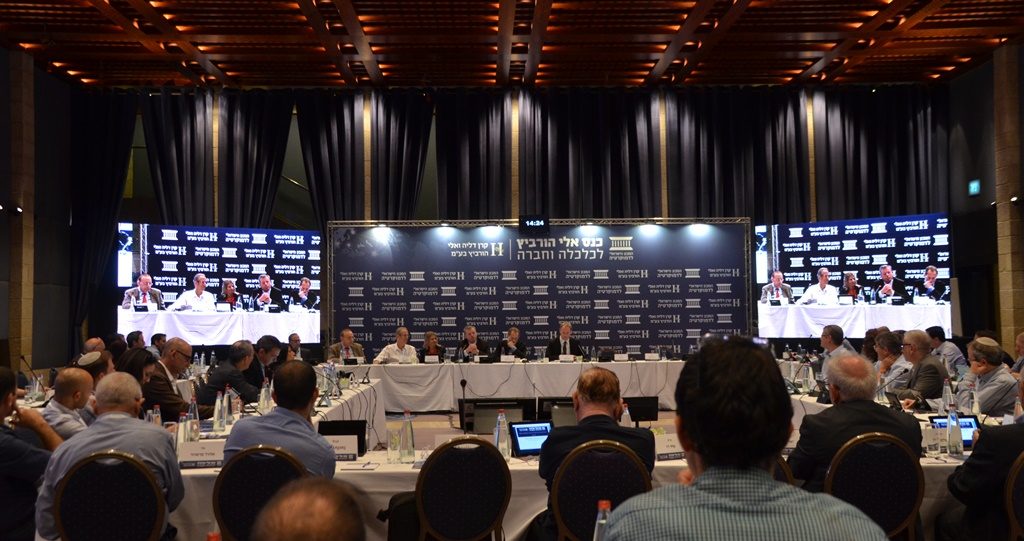 the Eli Hurvitz Conference on Economy and Society,

of the Israel Democracy Institute,

where we heard that Israel, the ‘Start-Up Nation’,

is #52 in the world in the ease of opening a business.

Changes must be made in taxation, regulation and bureaucracy

in order to get Israel to the next level

to be known as the ‘Nation of Innovation’.

After two days inside, it was good to get out. 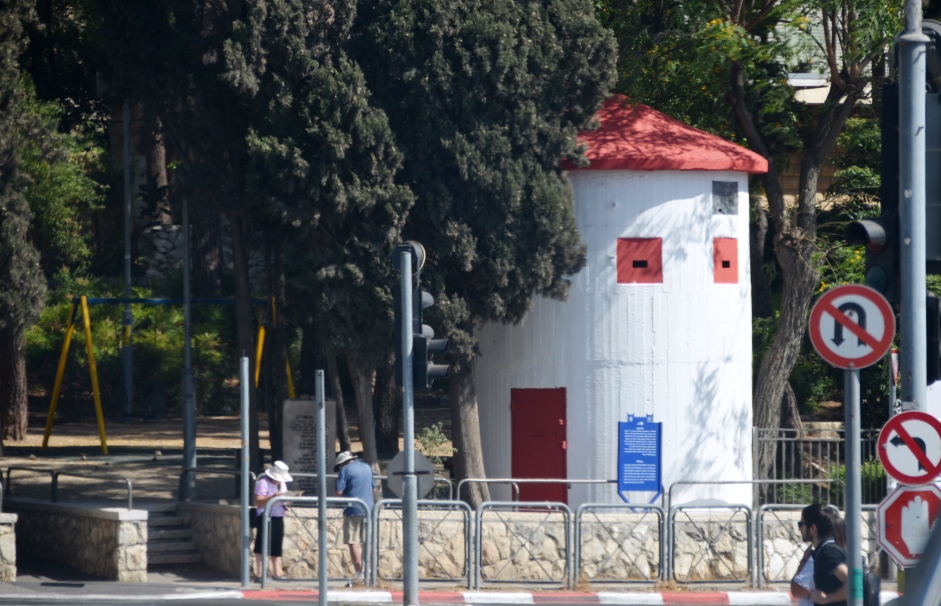 Our local pillbox got a much needed painting. 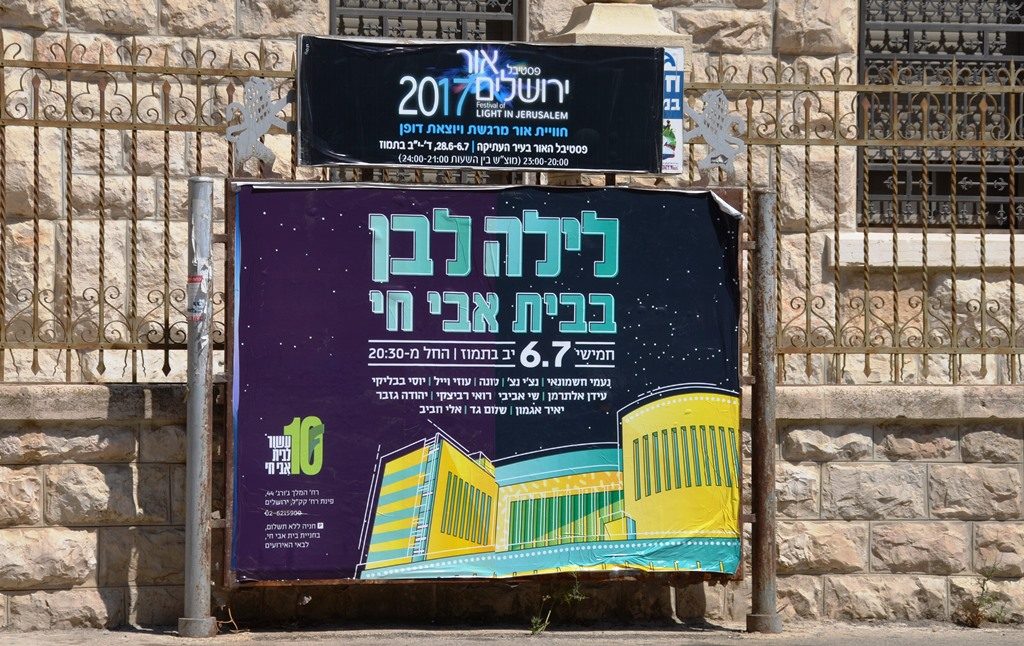 This new sign was posted for Beit Avi Chai.

but this informs us that July 6 will be Leila Lavan.

is also planning a long list of events for this summer.

If you remember the photo I posted of the Mamilla Hotel, 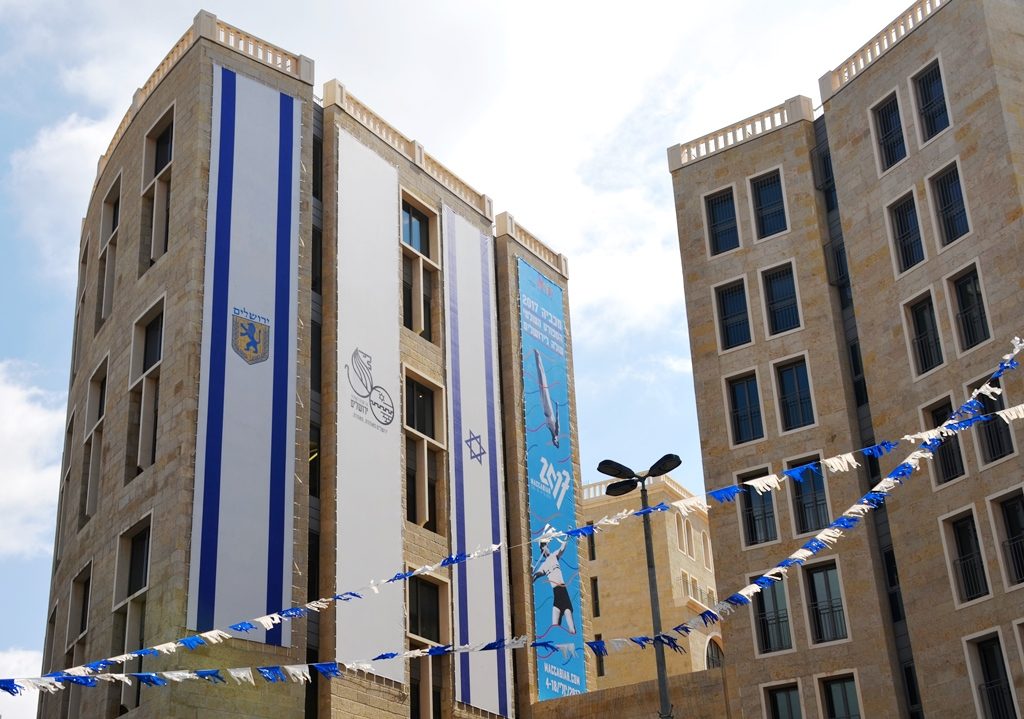 there is now a fourth banner flag on the building.

The 2017 Macabbiah will be bringing tens of thousands

All of this is amazing.

Especially if you stop and reflect

that all of the above locations,

from the Pillbox to those hills,

were mostly empty and barren, except for rocks,

not so very many years ago.

And Mamilla Mall and Mishkanot-Shaananim,

were dangerous zones inhabited by the poorest of poor.

3 thoughts on “10 Photos of this Week in Jerusalem”