with the official opening extravaganza on Sunday night. 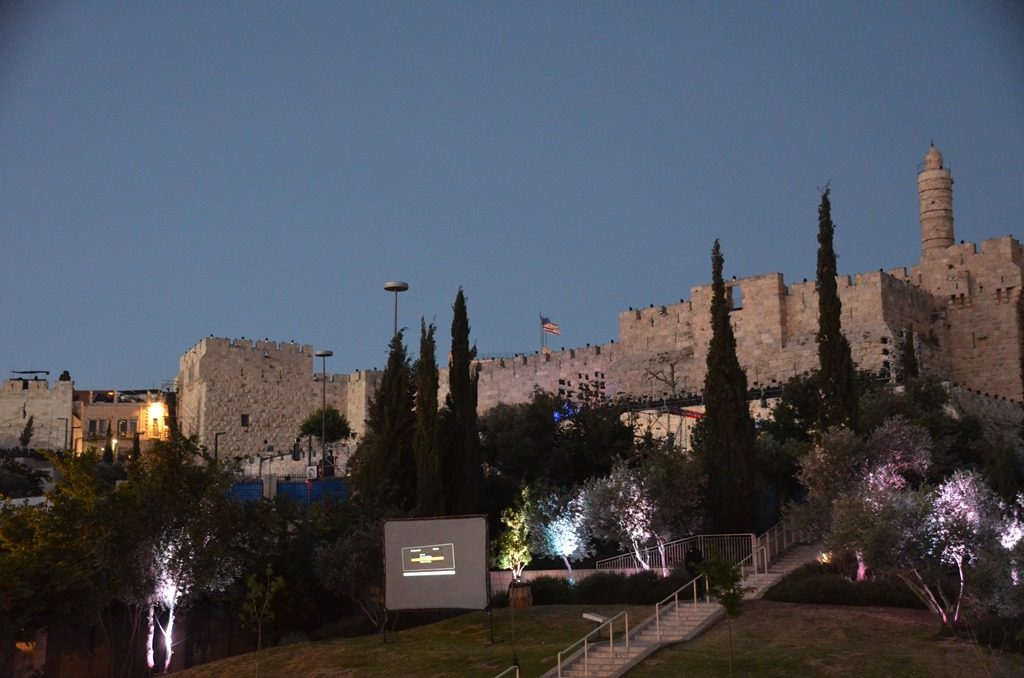 The preparations for the major event were extensive

near the Jaffa Gate and the walls of the Old City. 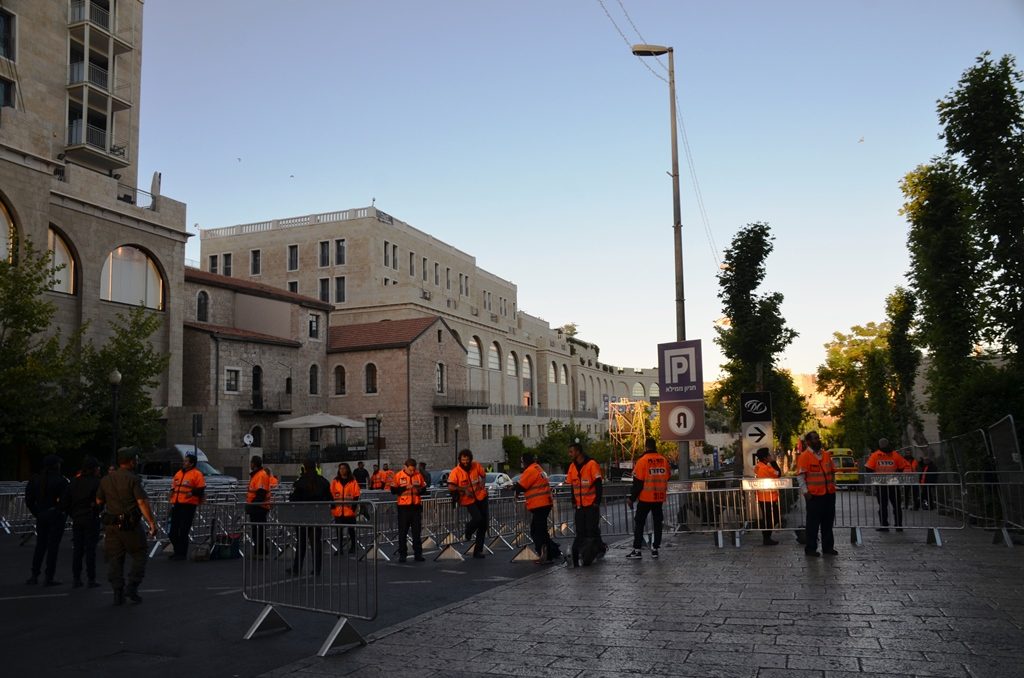 Not only a presidential visit requires extra security. 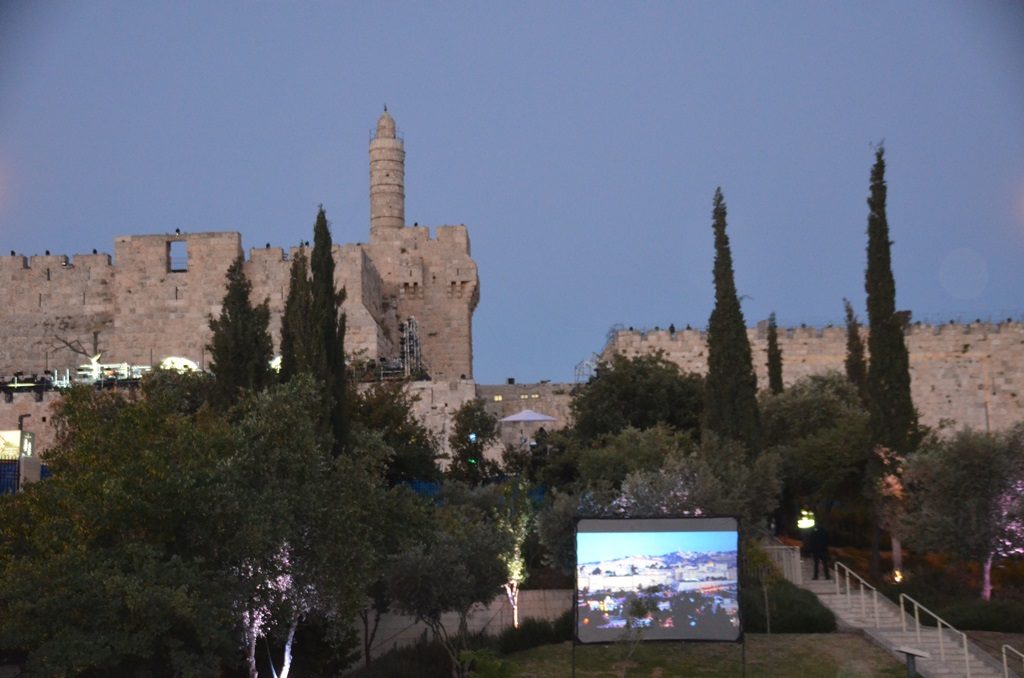 Viewing stands were in the Teddy Park Garden 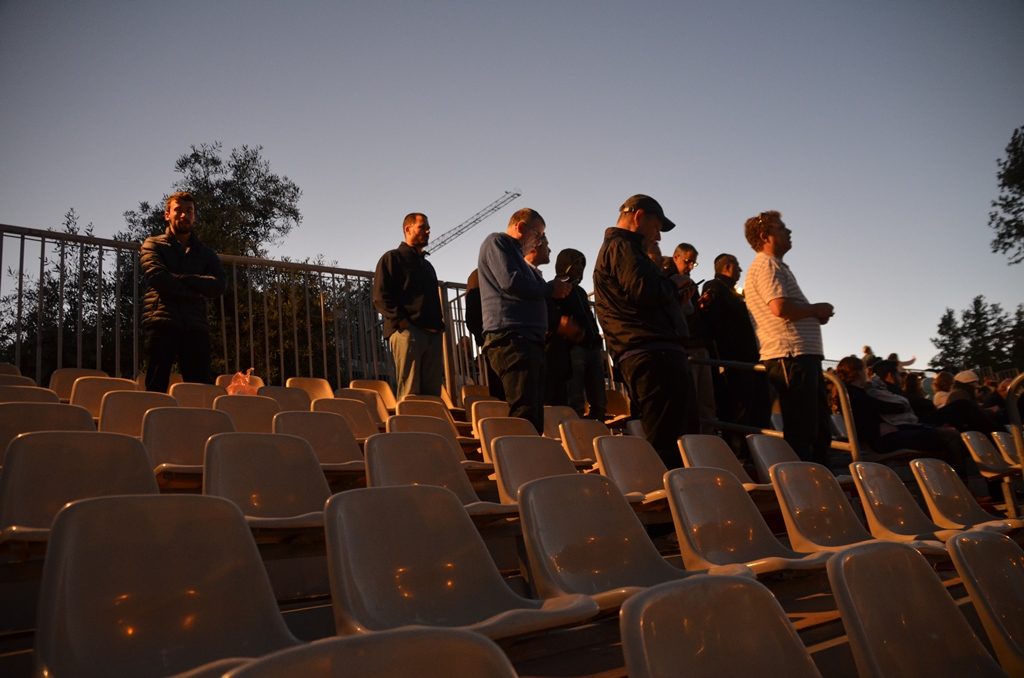 where an impromptu maariv minyan

was held prior to the start of the speeches and show. 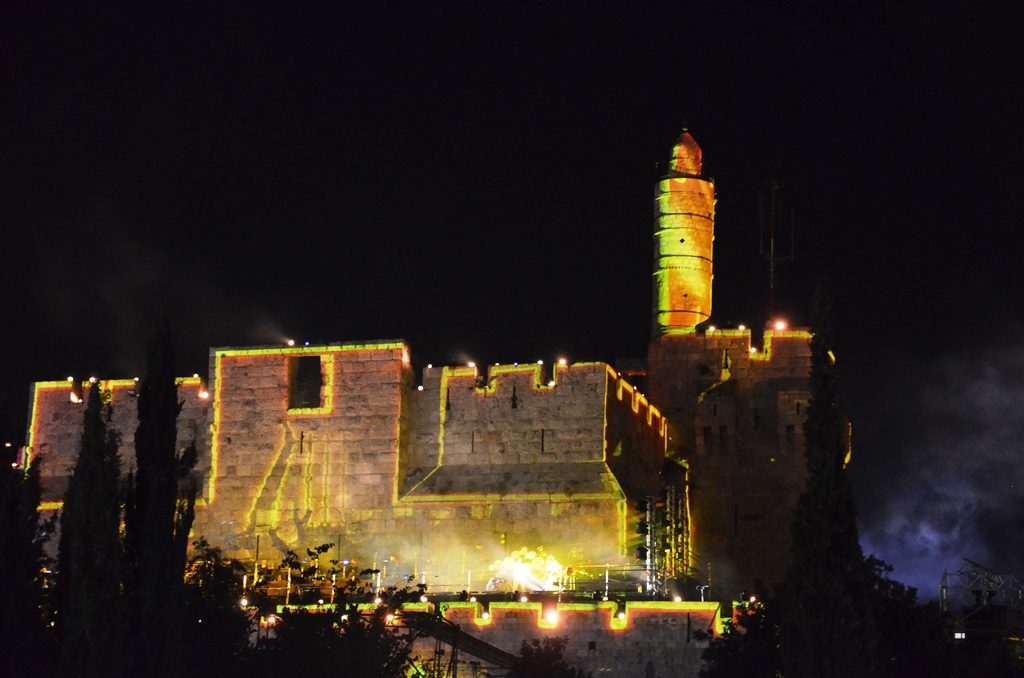 The lights and music 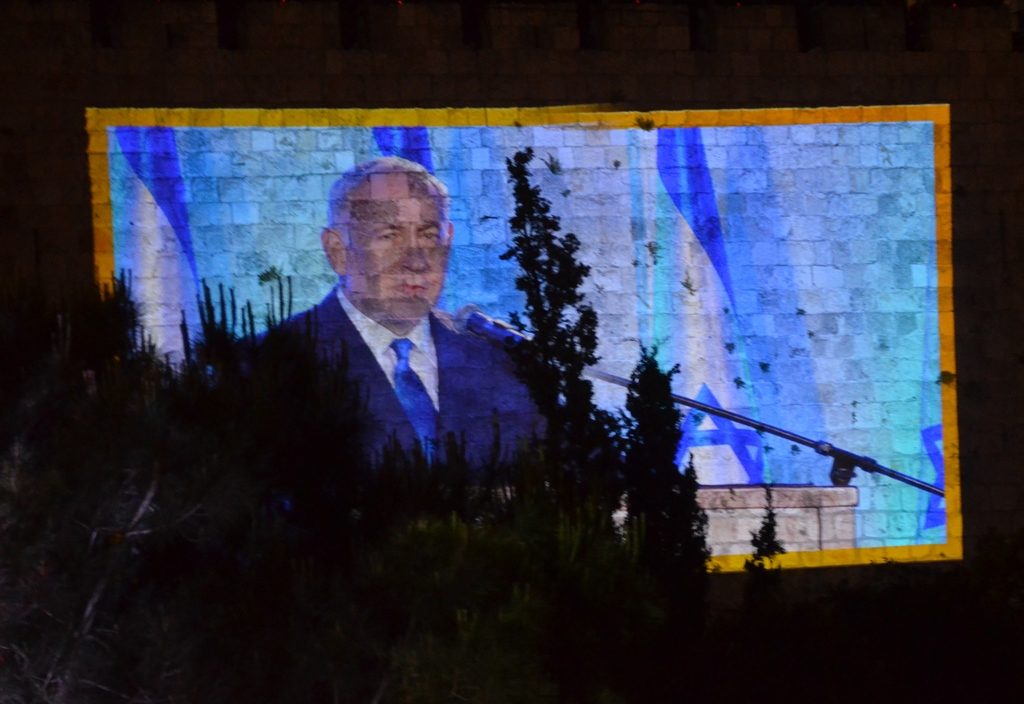 and speeches were projected on the walls

for the tens of thousands gathered on the streets to view. 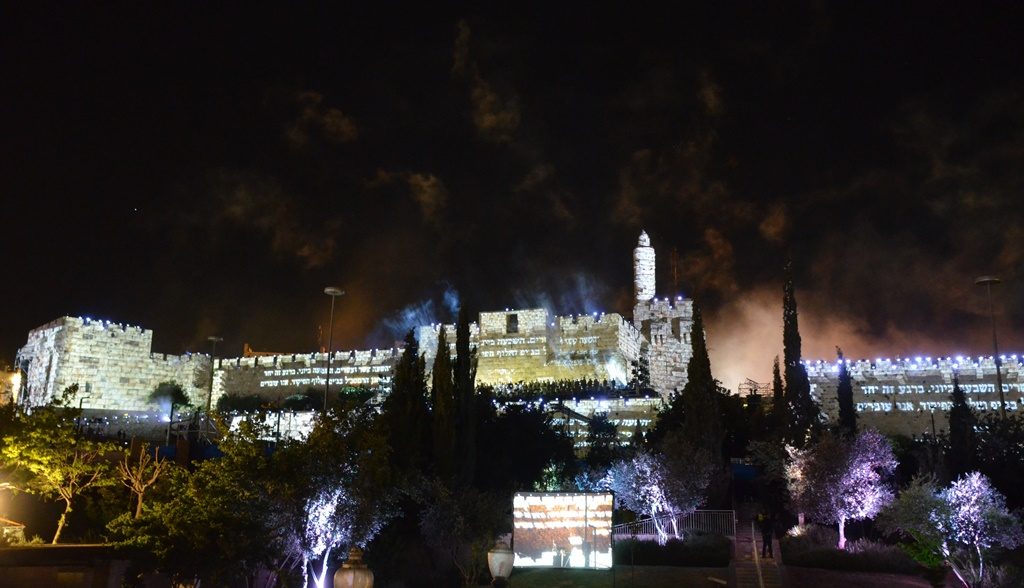 changed with each song, 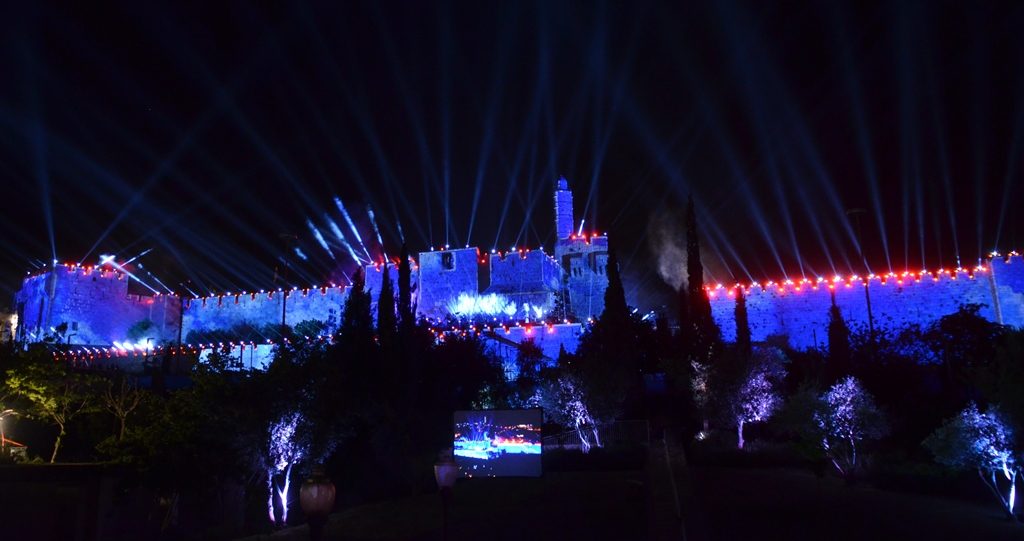 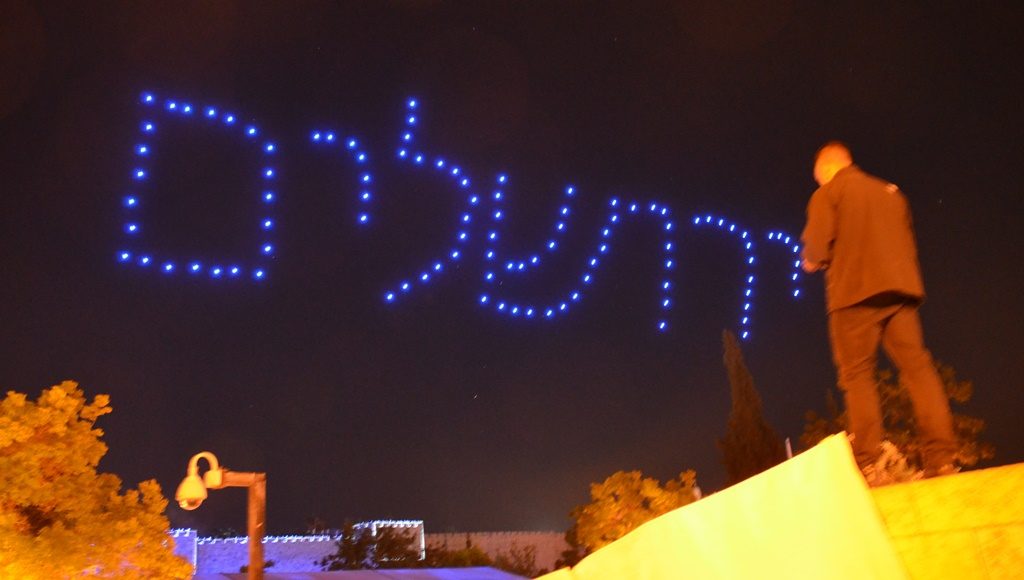 ended with drones writing ‘Jerusalem’ in the sky. 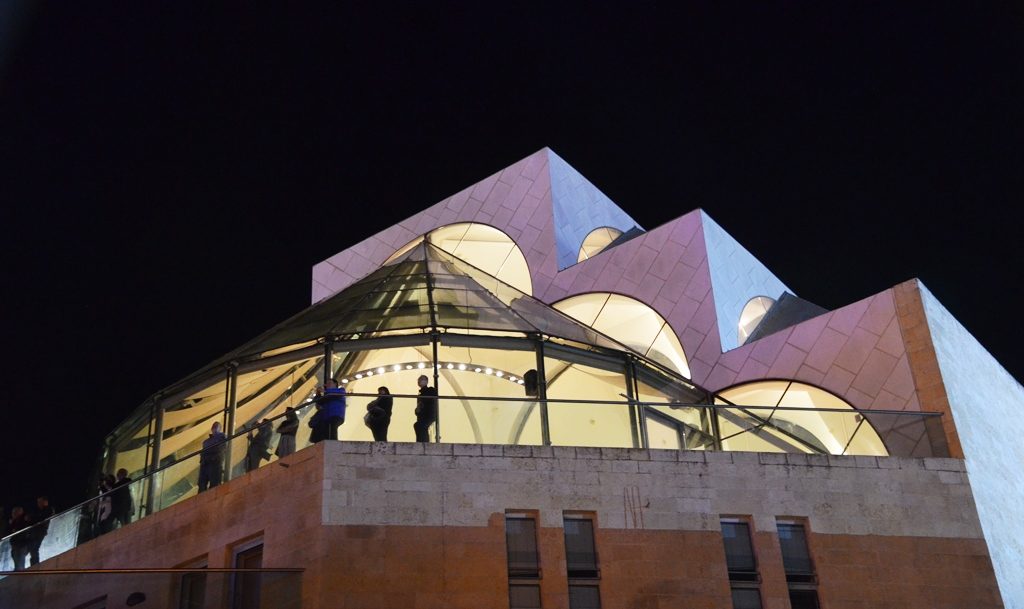 The most exclusive view was from Bet Shmuel, 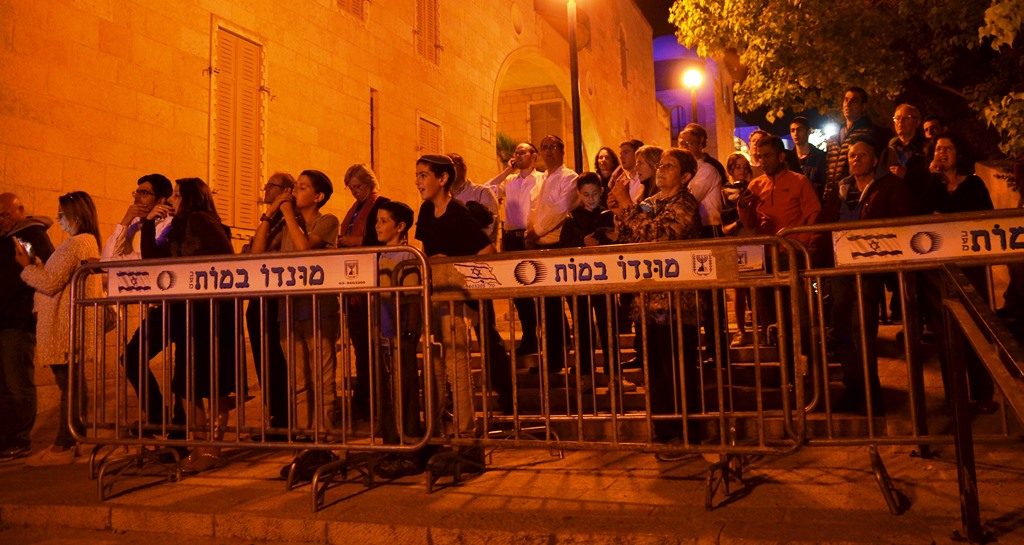 but the crowds standing on the surrounding streets

audibly appreciated the sounds and the lights and more.

This was an event where photos could not capture the moments.

Listen to one of the songs to give you an idea of what you missed.

as flags, singing and dancing fill the Jerusalem streets.