I love Sukkot in Jerusalem, Israel.

Whether it is one large sukka 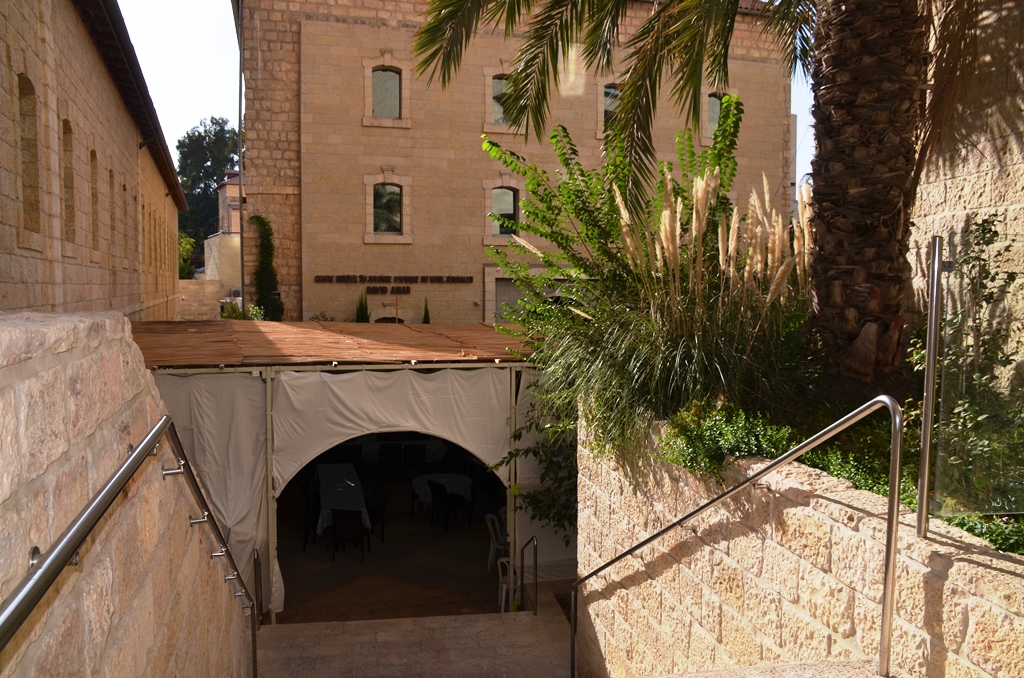 tucked away in a courtyard, 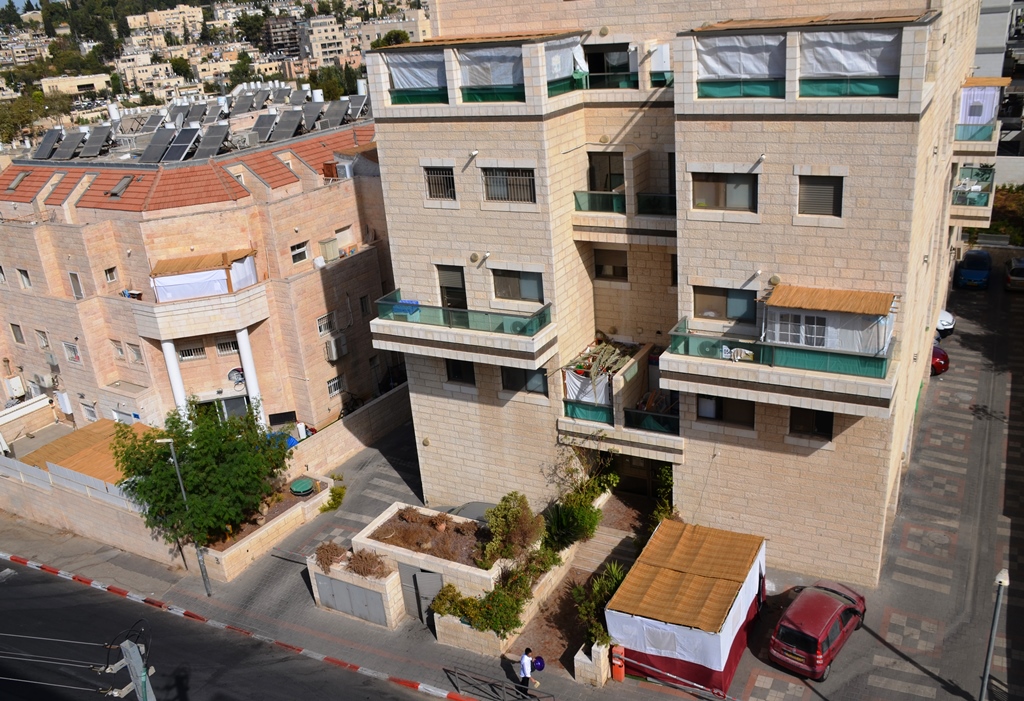 or many standing on the porches of new buildings.

How many can you count hereת 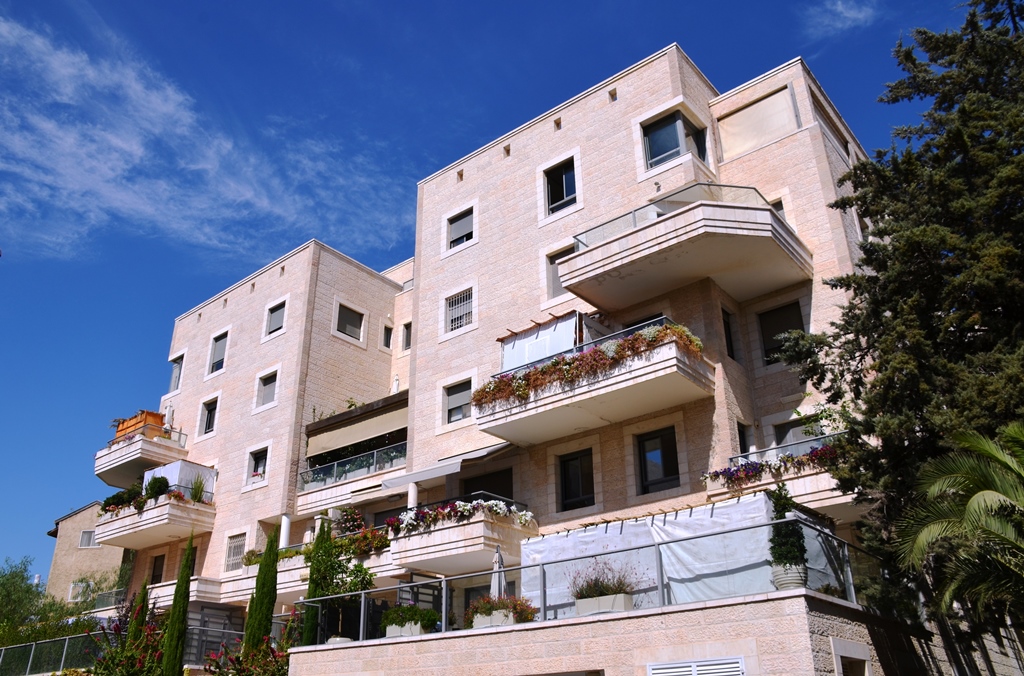 and here, seven or eight?

Some are small and inconspicuous, 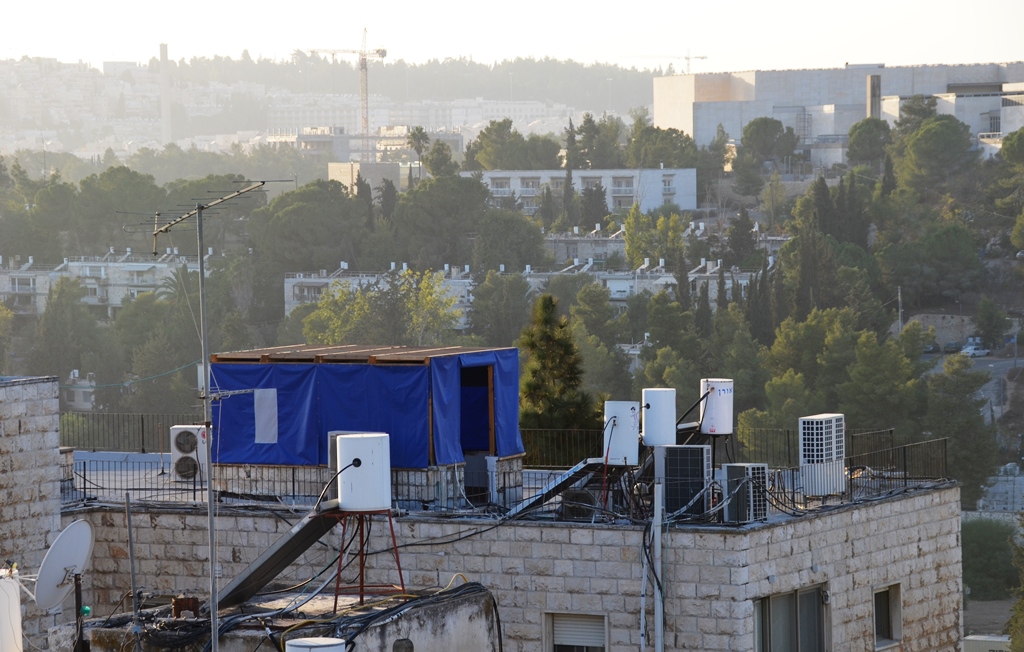 some on roof tops. 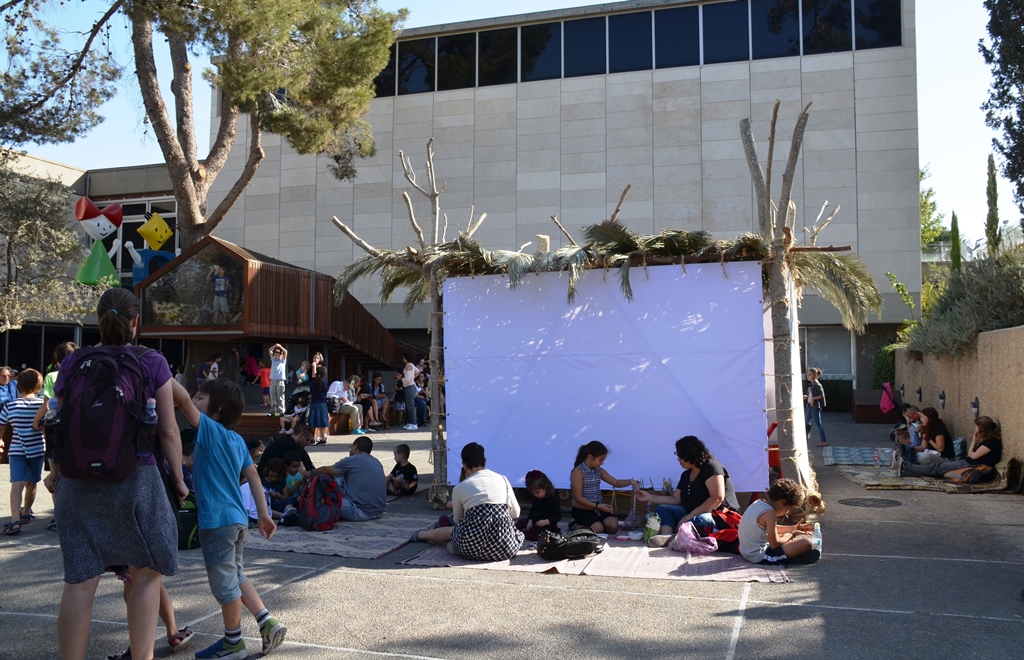 is simple, and with branches for supports and on top. 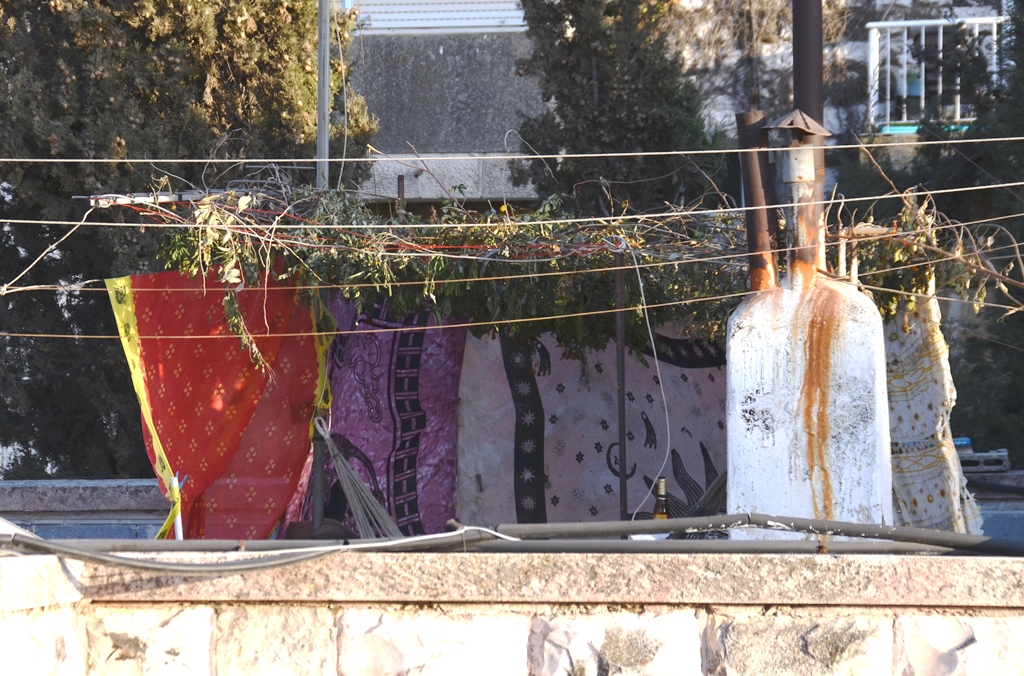 This rooftop sukka wins the prize for

the least elaborate and inexpensive sukka. 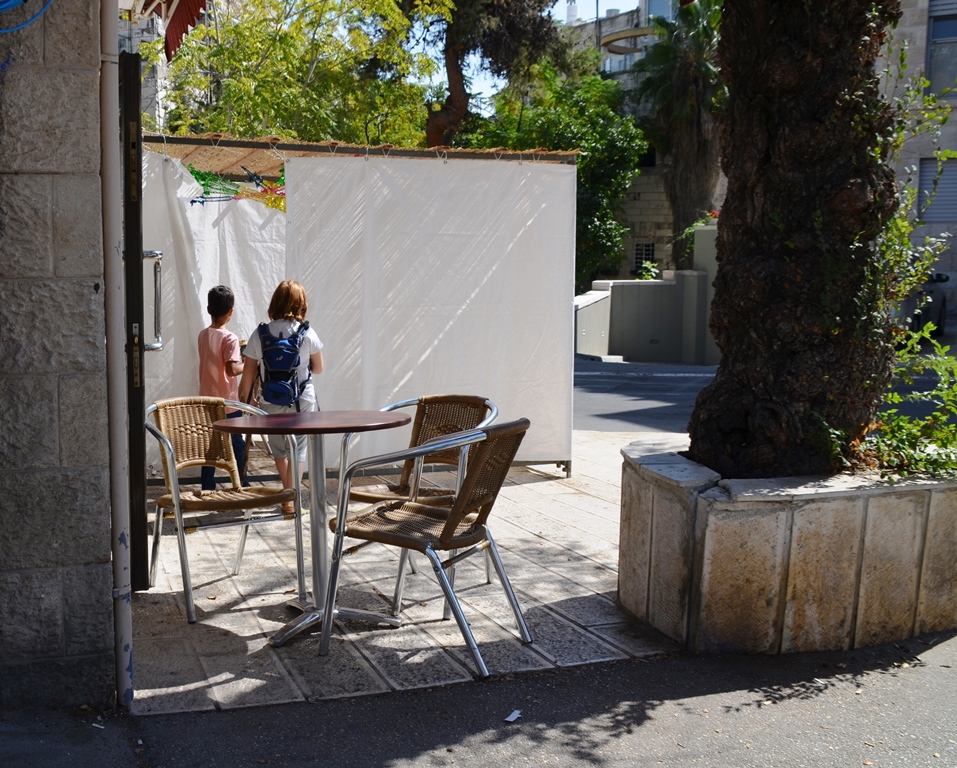 A pizza shop put up a white sukka on the sidewalk,

while the King David Hotel 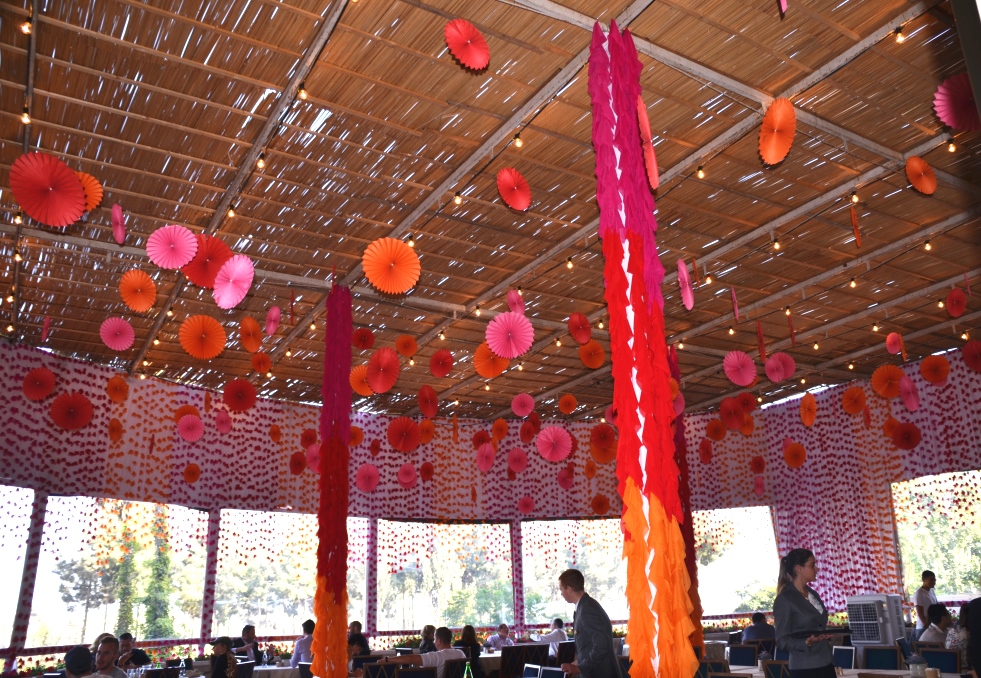 has one large colorful sukka on its veranda.

Outside on King David Street 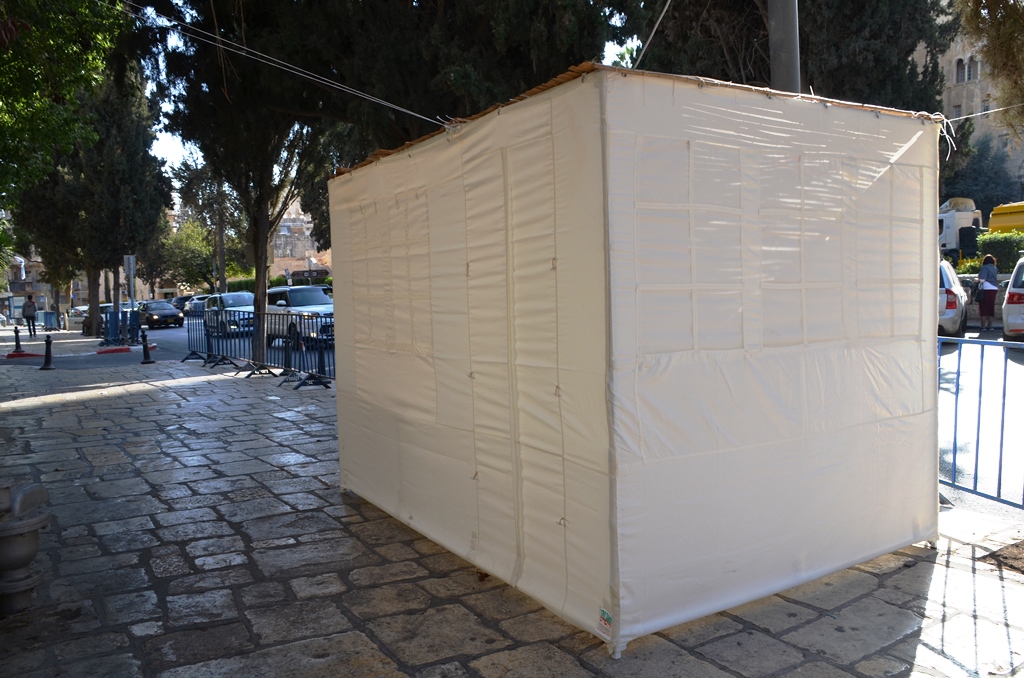 there is this plain white one. 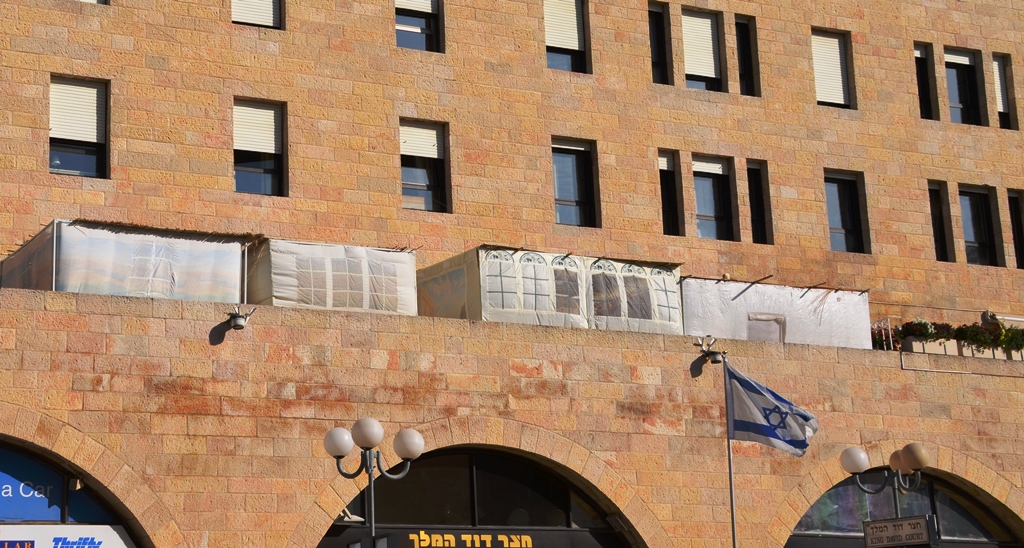 All you had to do was look up,

to see these on King David Street.

On the porches of the Waldorf Astoria Residences 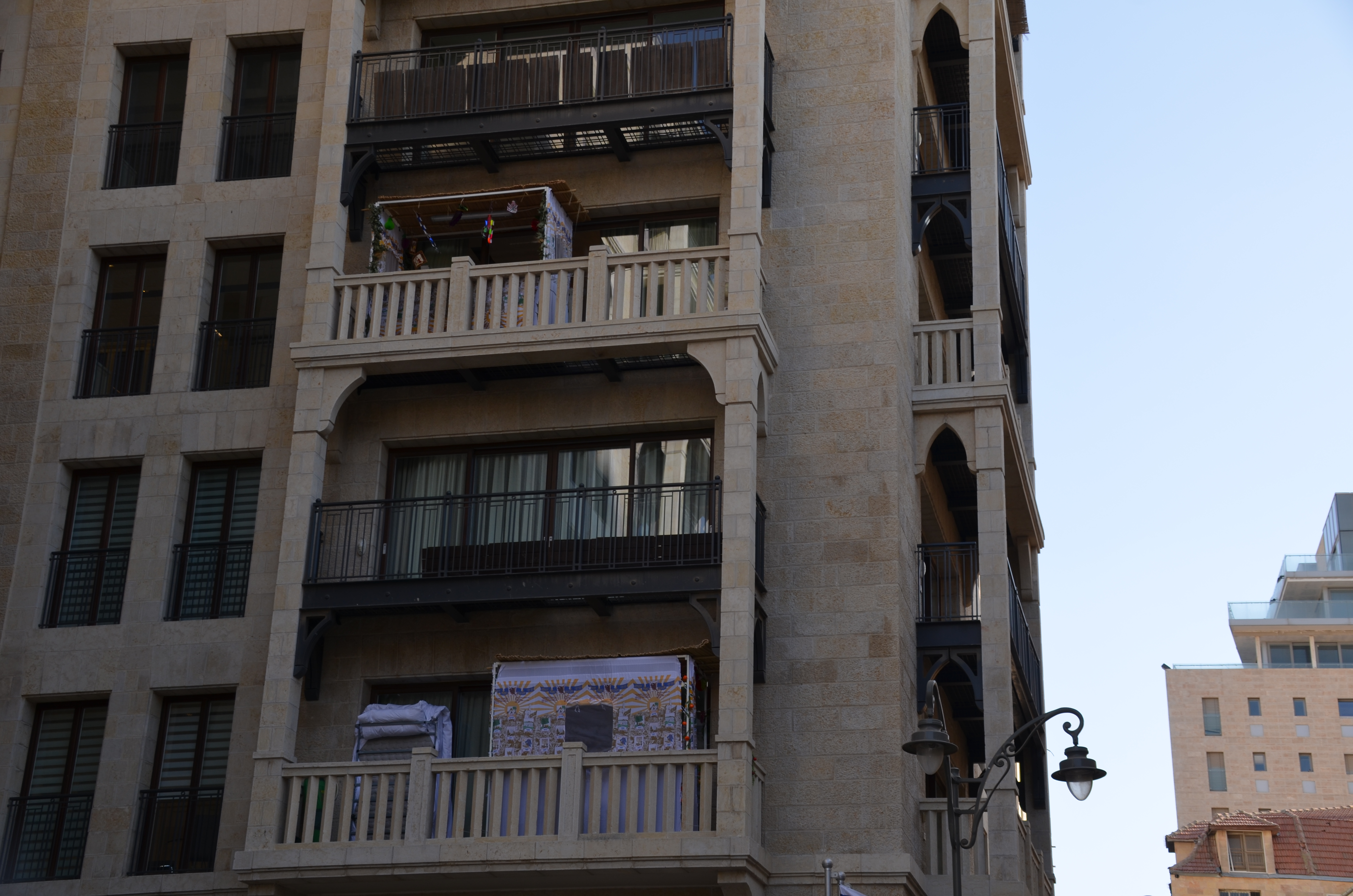 one sukka even had a bed standing by.

The Jerusalem Waldorf Astoria Hotel sukka in the atrium,

is always a favorite. 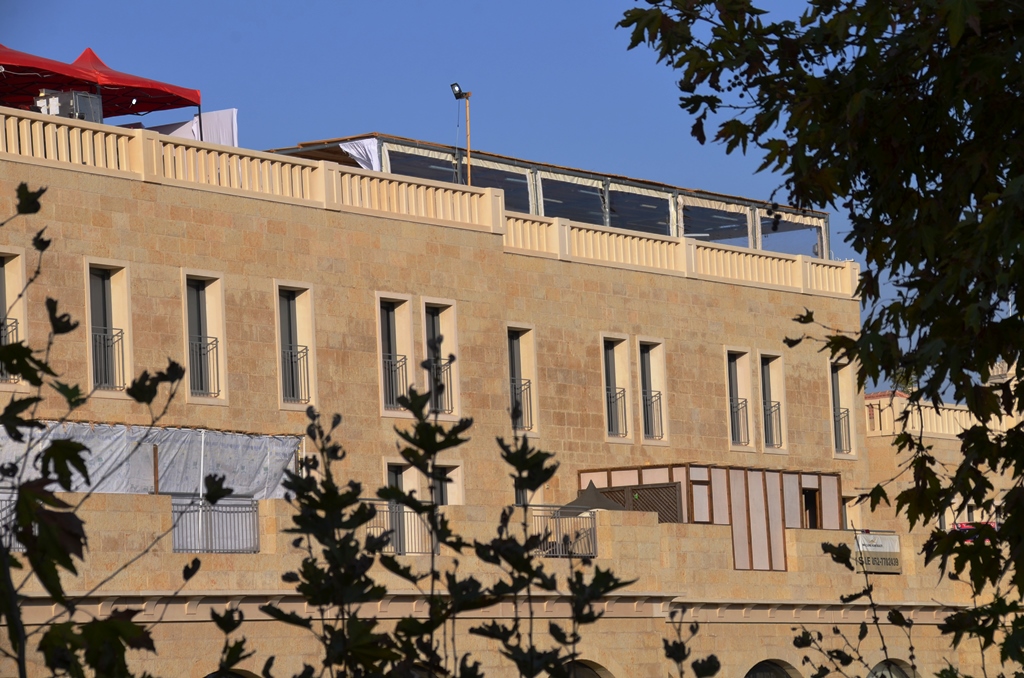 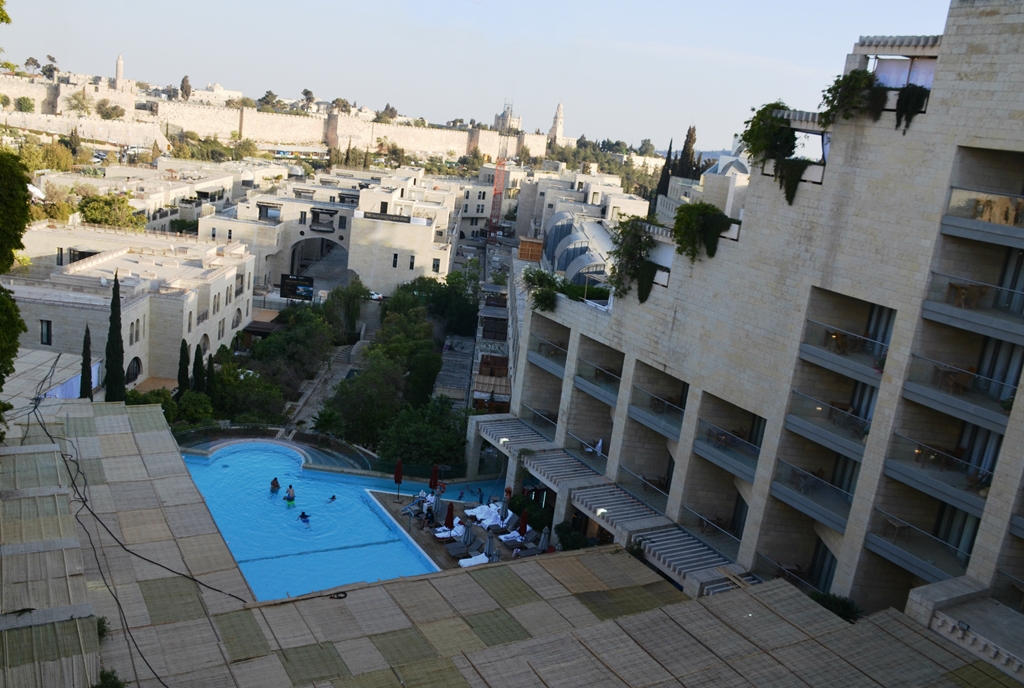 The Old City is in background

of this view from inside the Citadel Hotel. 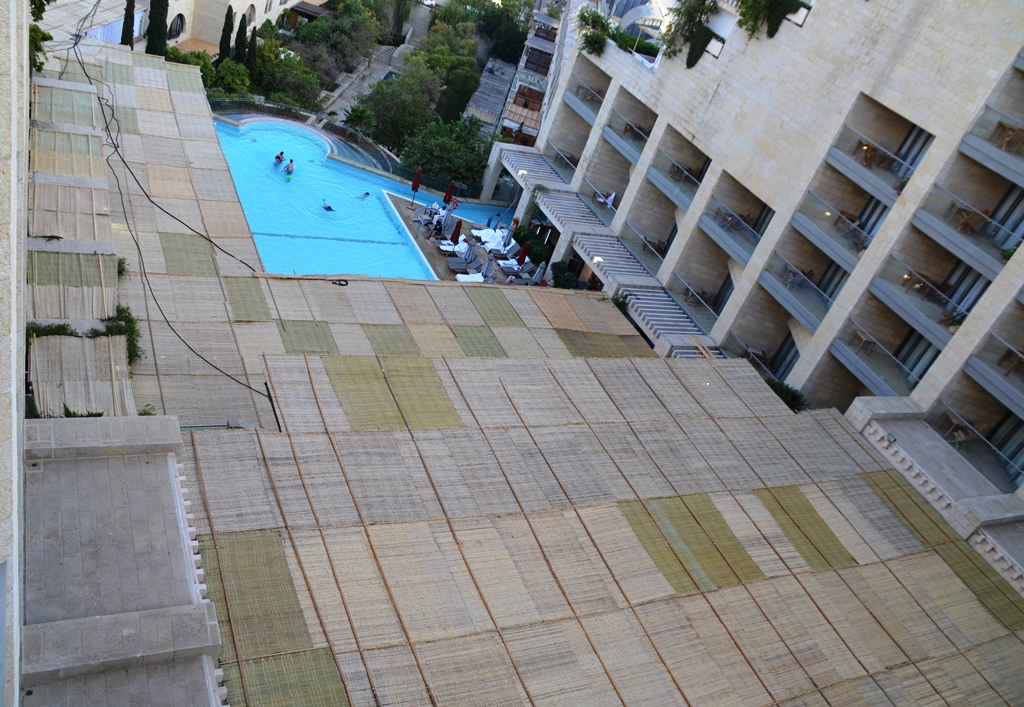 Its main sukkot were huge,

but if you look more closely 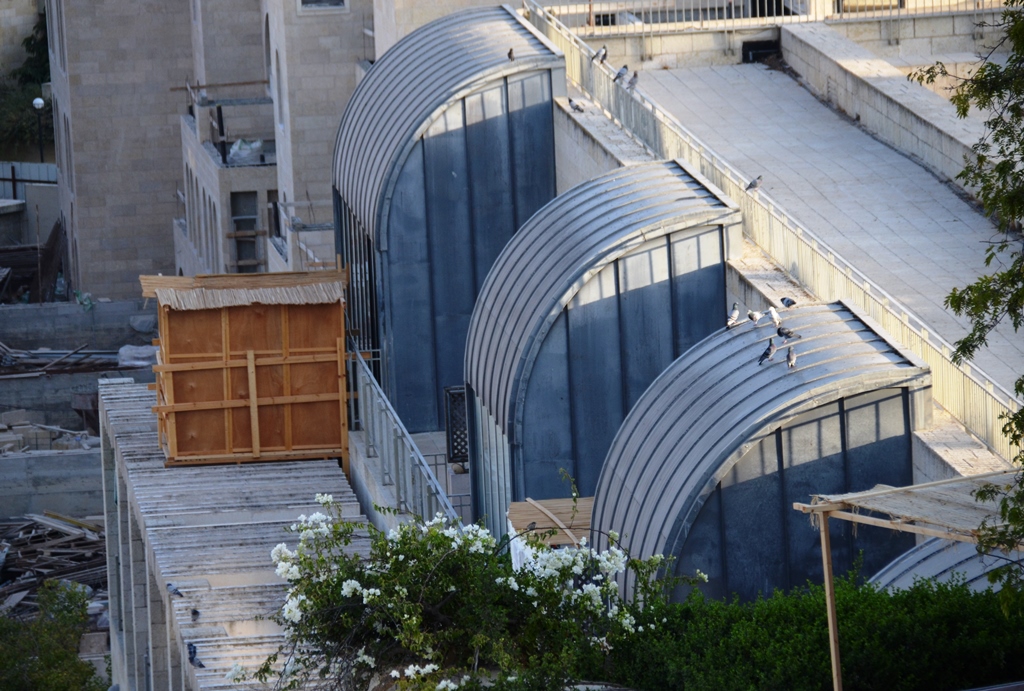 you can see this wooden sukka perched 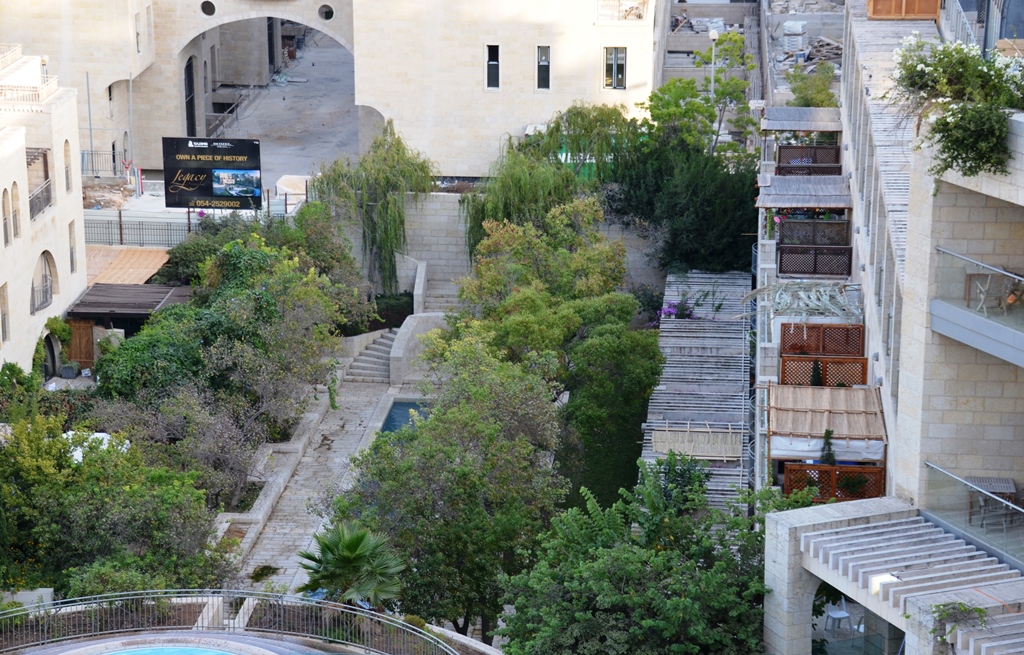 on a ledge high above these below. 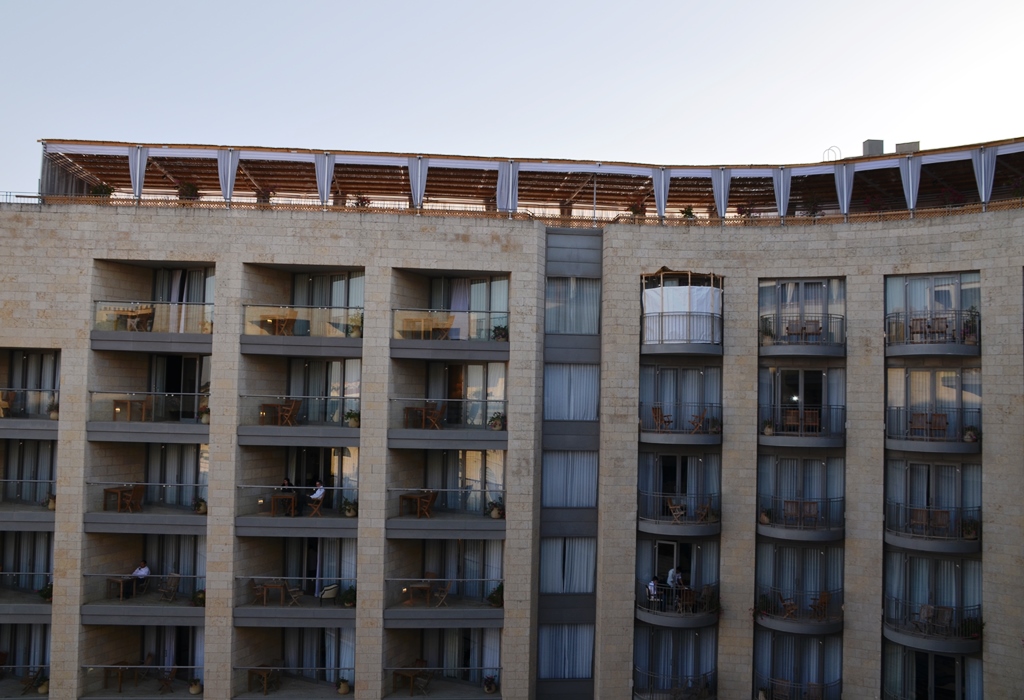 The Citadel also has dining tables in the sukka on top.

Thousands of visitors are here for the holidays, 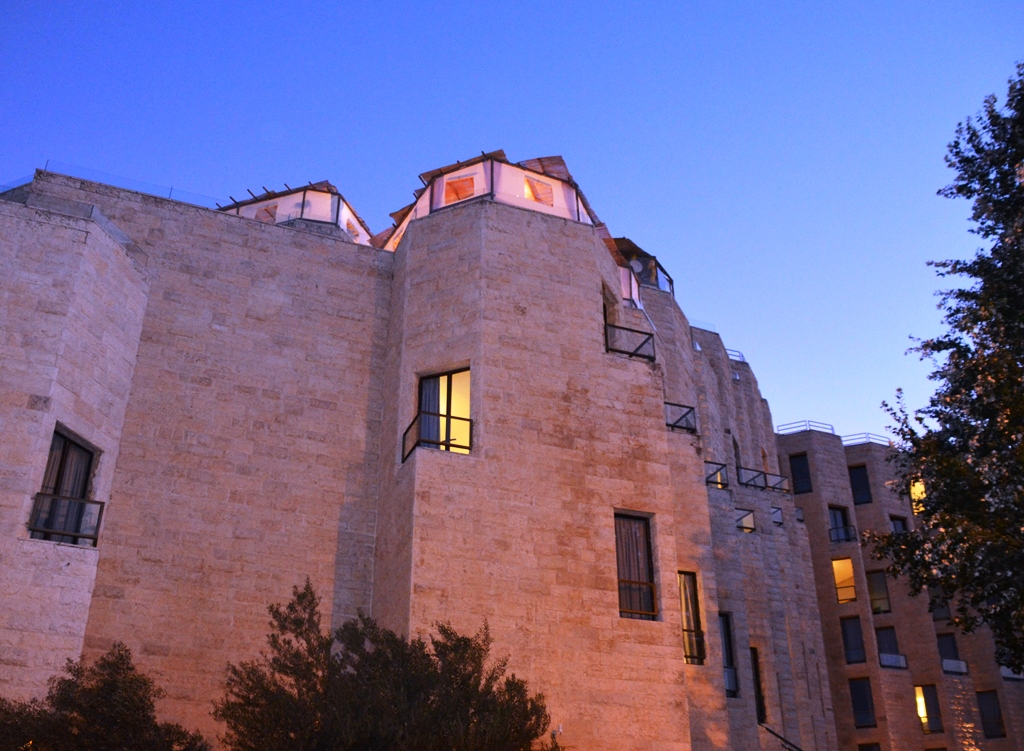 and the Inbal Hotel also has private sukkot above, 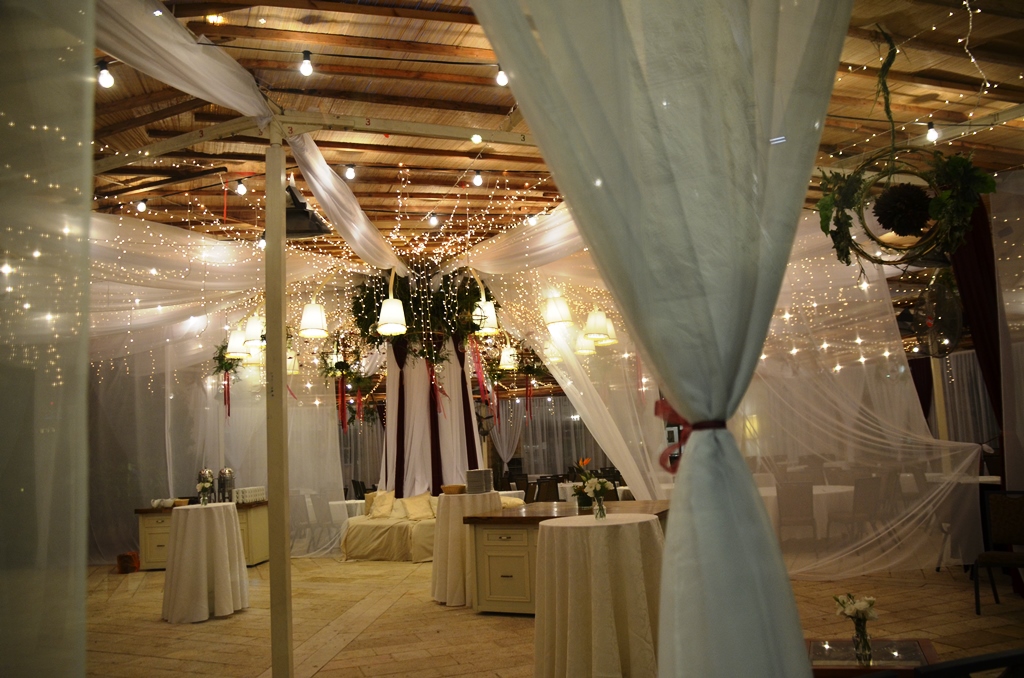 and the elegant atrium sukka below,

and more along the side of the hotel as well. 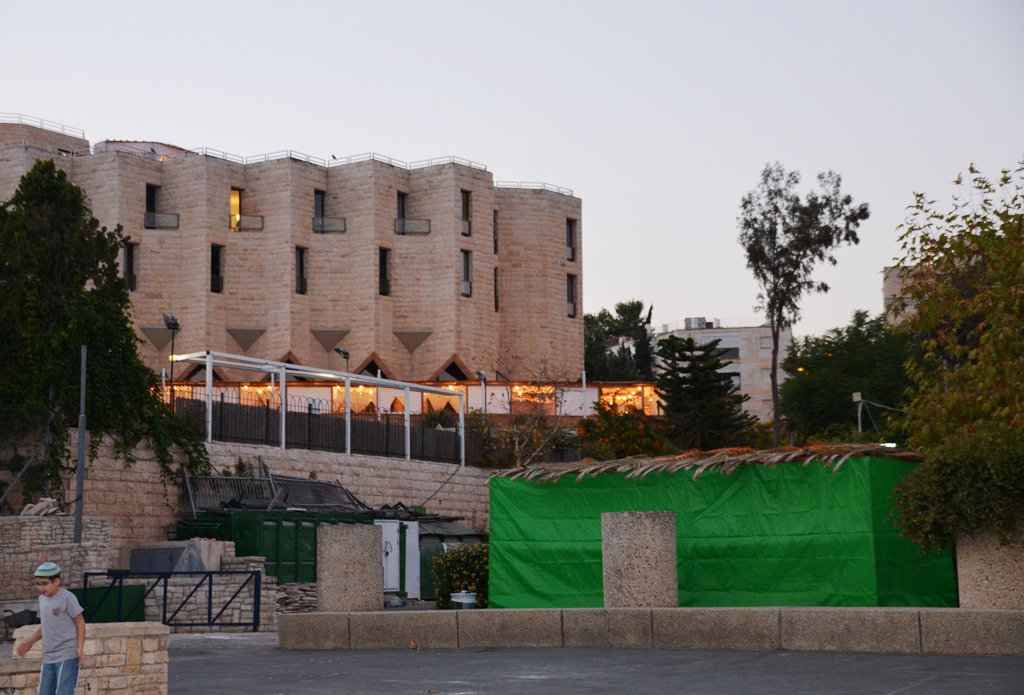 I also like the sukka at the neighboring Liberty Bell Park.

Every year the Beit Hanasi, the Israel President’s residence

has an open sukka day,

when the public is invited inside.

but I was late.

As on Yom Kippur at the conclusion of the Neilah Service, 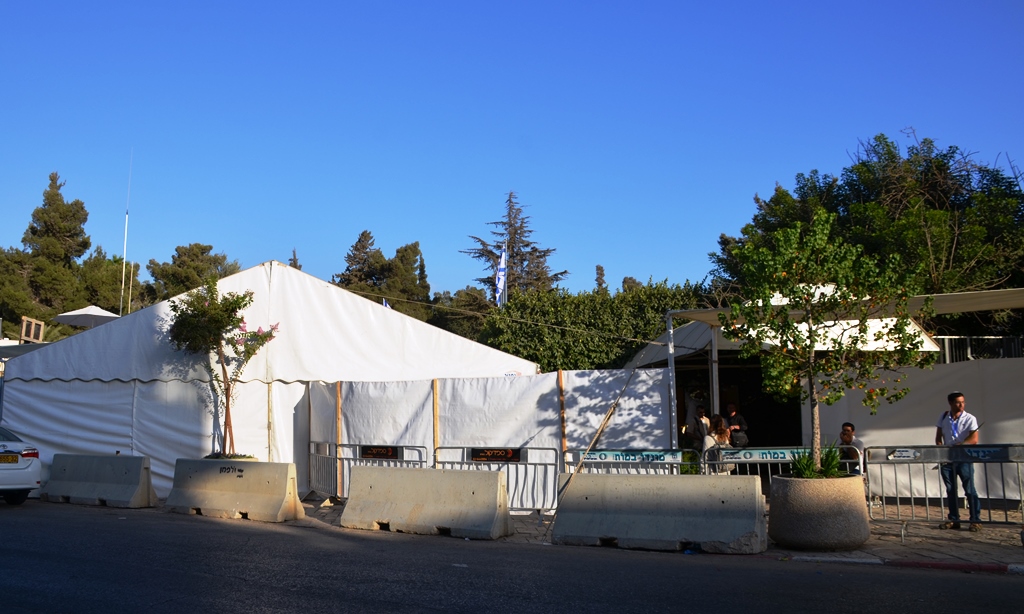 the gates were closed.

This was as close as I could get to the presidential sukka this year.

I was in Hevron today.

So instead of my annual Presidential sukka photo 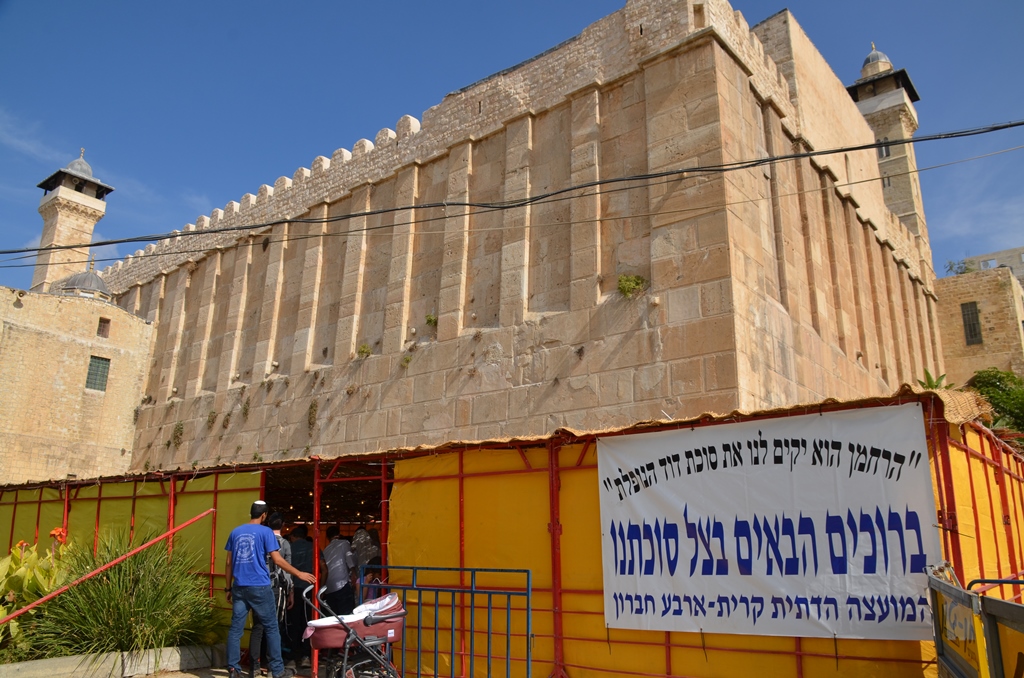 here is the sukka of Avraham Avinu, 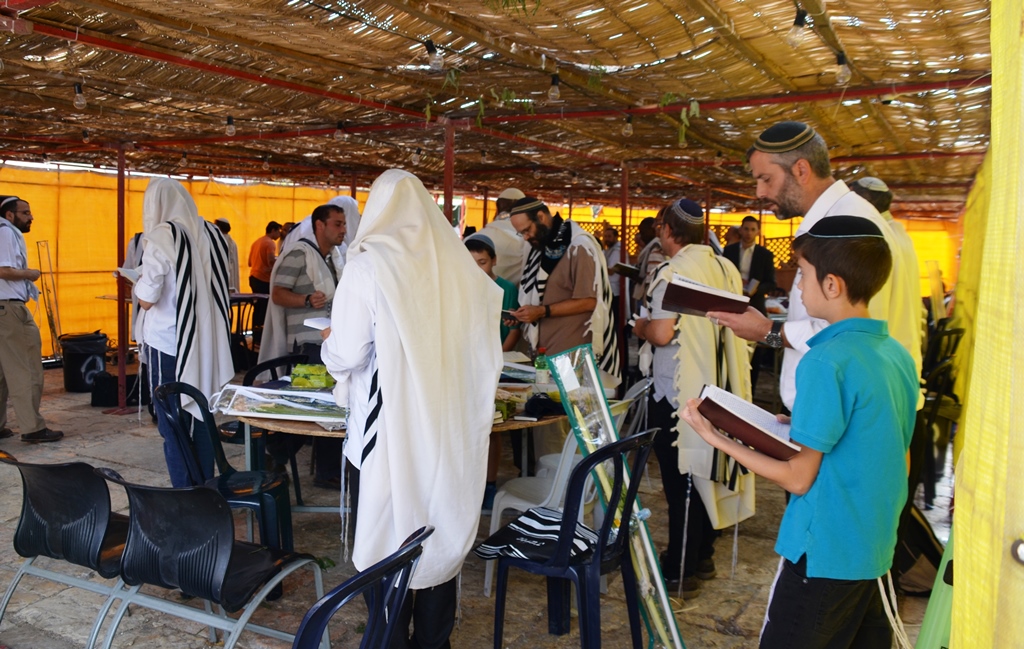 and sounds of prayer and song for Sukkot

were heard both inside and outside the burial places

of the Patriarchs and Matriarchs. 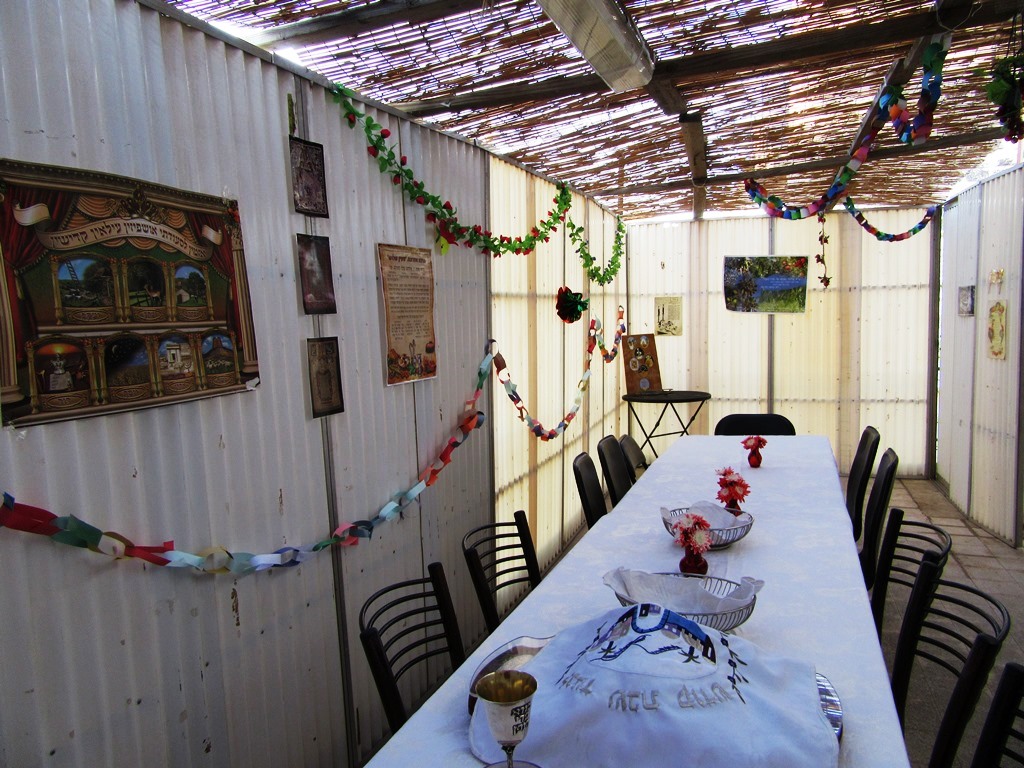 Our family sukka is pretty special too!

The multitude of holiday events happening this week

will have to wait for next time,

meanwhile, hope you are enjoying.

16 thoughts on “21 Favorite Sukkot in Jerusalem”