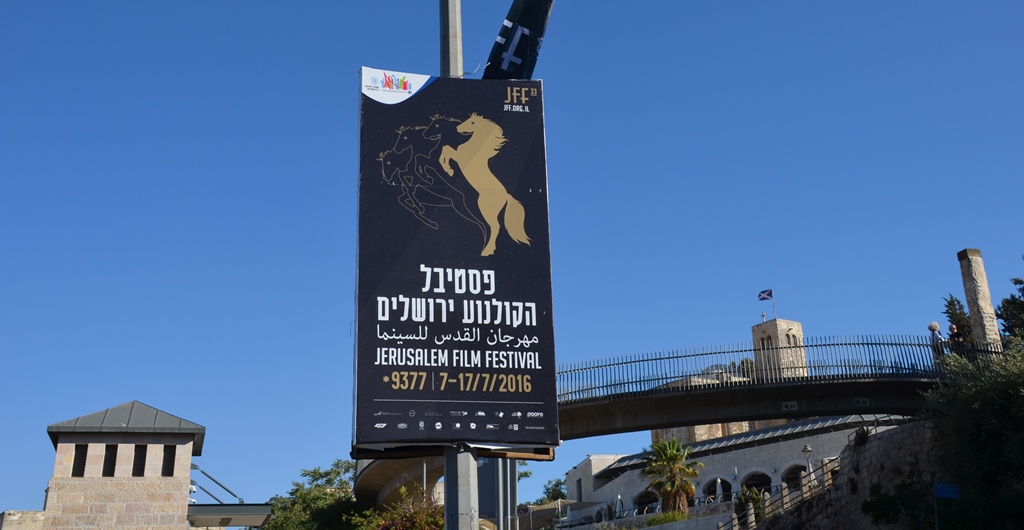 has screened thousands of films.

This year for the first time

there are films being shown in Gan Haatzmaut,

Independence Park, in the Wilf Garden. 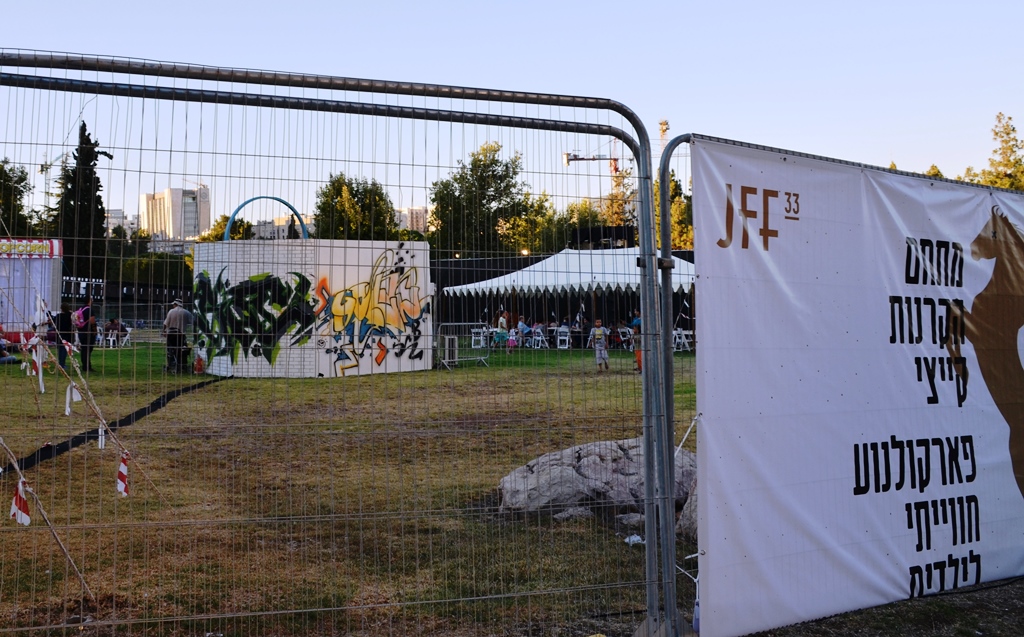 Security was so strict,

this is as close as I could get without buying a ticket.

But the main events are usually

shown at the Cinematheque,

where finally for the first time 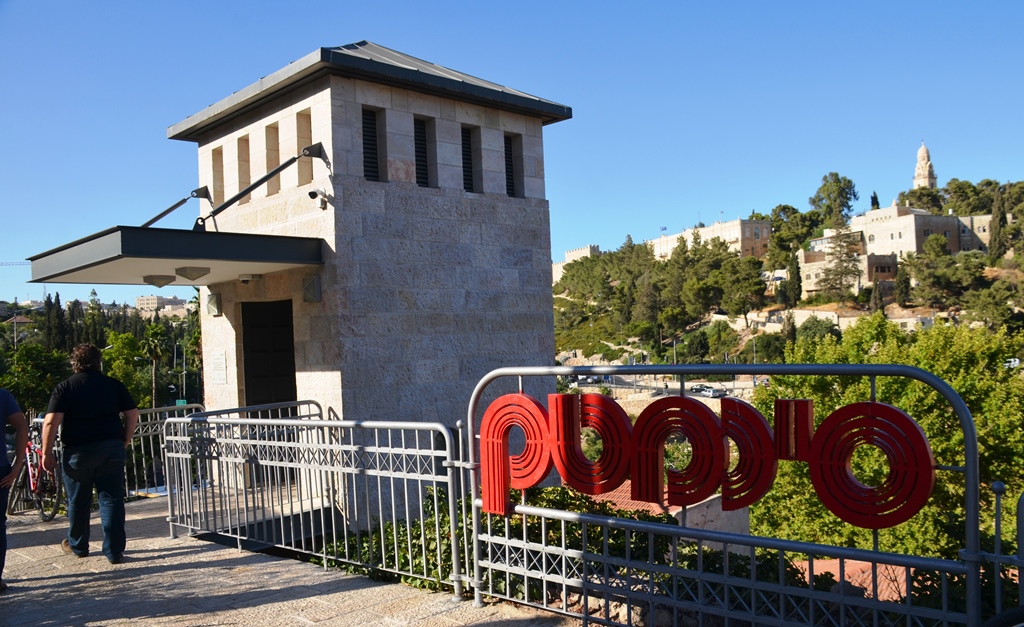 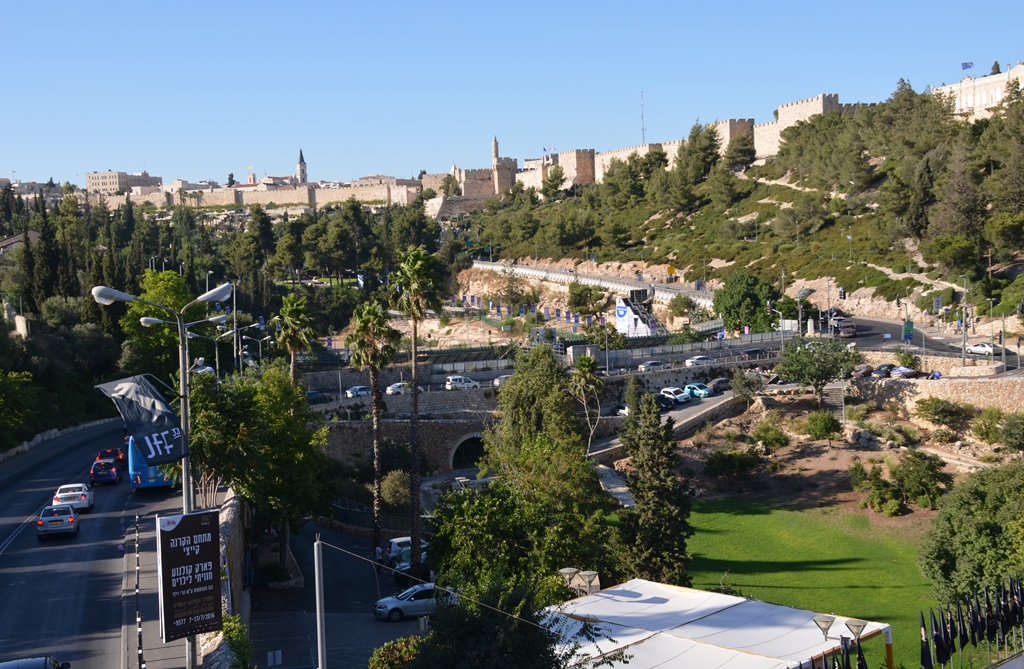 I think it is worth going just for the view.

However, the opening night of the festival,

was held in the Sultan’s Pool.

Even the Tower of David, not so far away,

is dwarfed by the size of this outdoor screen.

was one of the speakers. 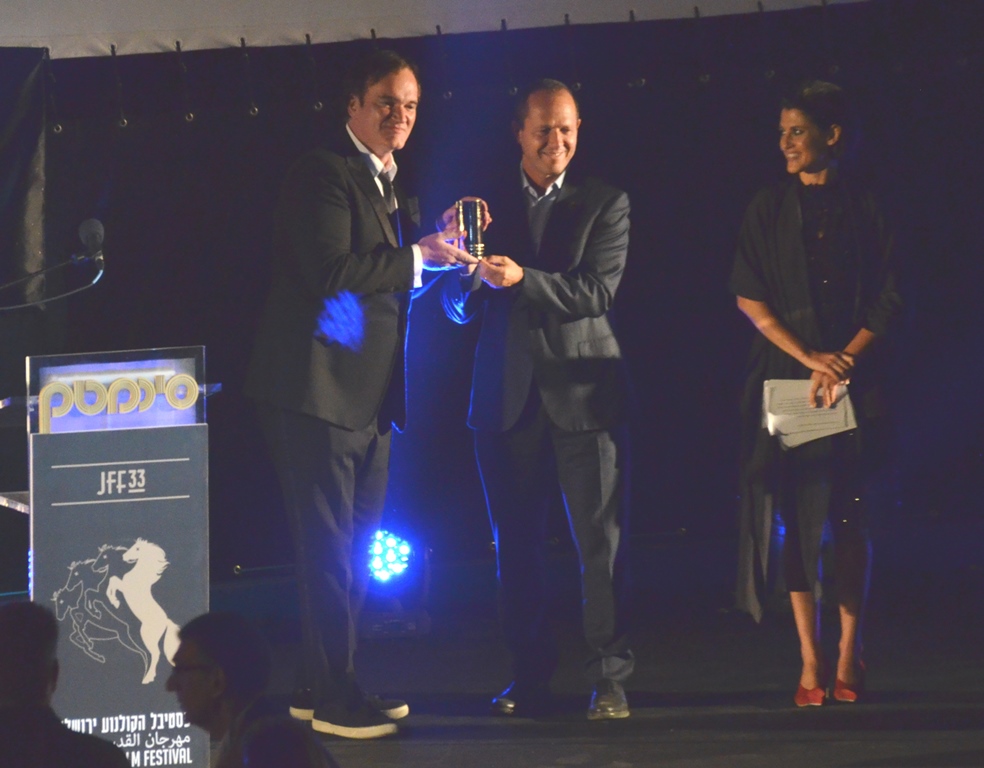 from Mayor Nir Barkat before the film.

The star of the movie, Emma Suraez,

was on stage to accept flowers.

But as much as there were numerous Tarantino spottings,

I assume Emma could go around Jerusalem without being noticed.

Also on the same night,

by the B’nai Brith World Center,

in recognition of advancing Israeli-Diaspora relations.

I have seen him surrounded by screaming fans,

anxious to get close enough to take a selfie,

but when Idan entered the hall,

I was the only one who came over.

At least after he was presented with his certificate,

there was more notice.

Miri Regev was booed during her speech

at the Sultan’s Pool by some of the audience.

at the Jerusalem Theater

for the official ceremony remembering

Miri Regev sat in the front row with the dignitaries.

When the program was over

she was surrounded by well wishers

who wanted to be in photos with her.

As the emotional and well-done program

I thought I saw the Prime Minister,

glance at his watch.

The Foreign Minister of Egypt was on his way

to have dinner with the Netanyahus.

While for some this week,

nothing could be bigger than the Euro 2016 football (soccer)

There are free movies shown at night,

at First Station and in the Old City,

as the Film Festival comes to a close. 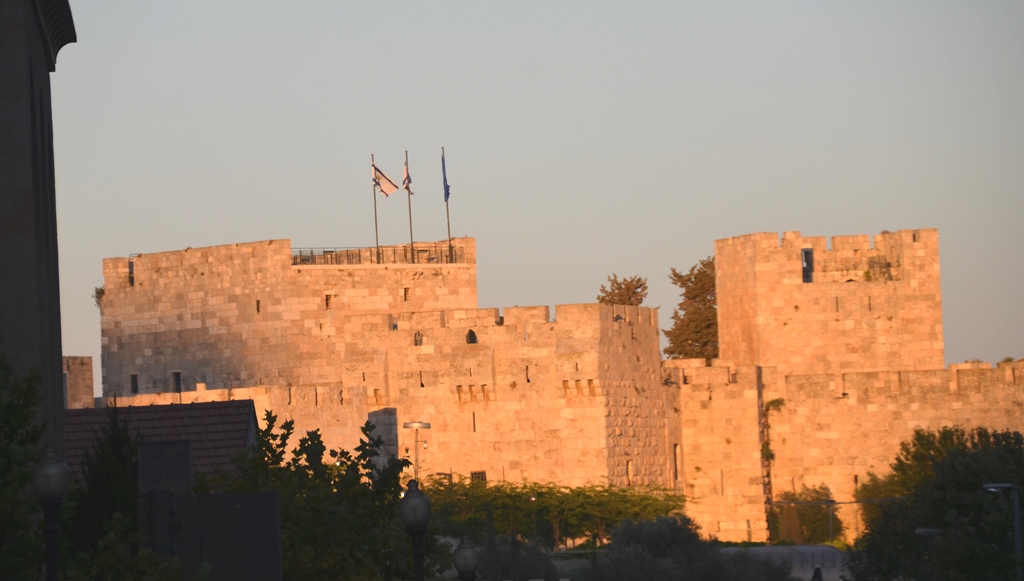 but just going for the view of the

Walls of the Old City at sunset is wonderful to see.