What a week this has been.

From as far away as Sydney, Australia,

we hear that an armed man “claiming political motivations” 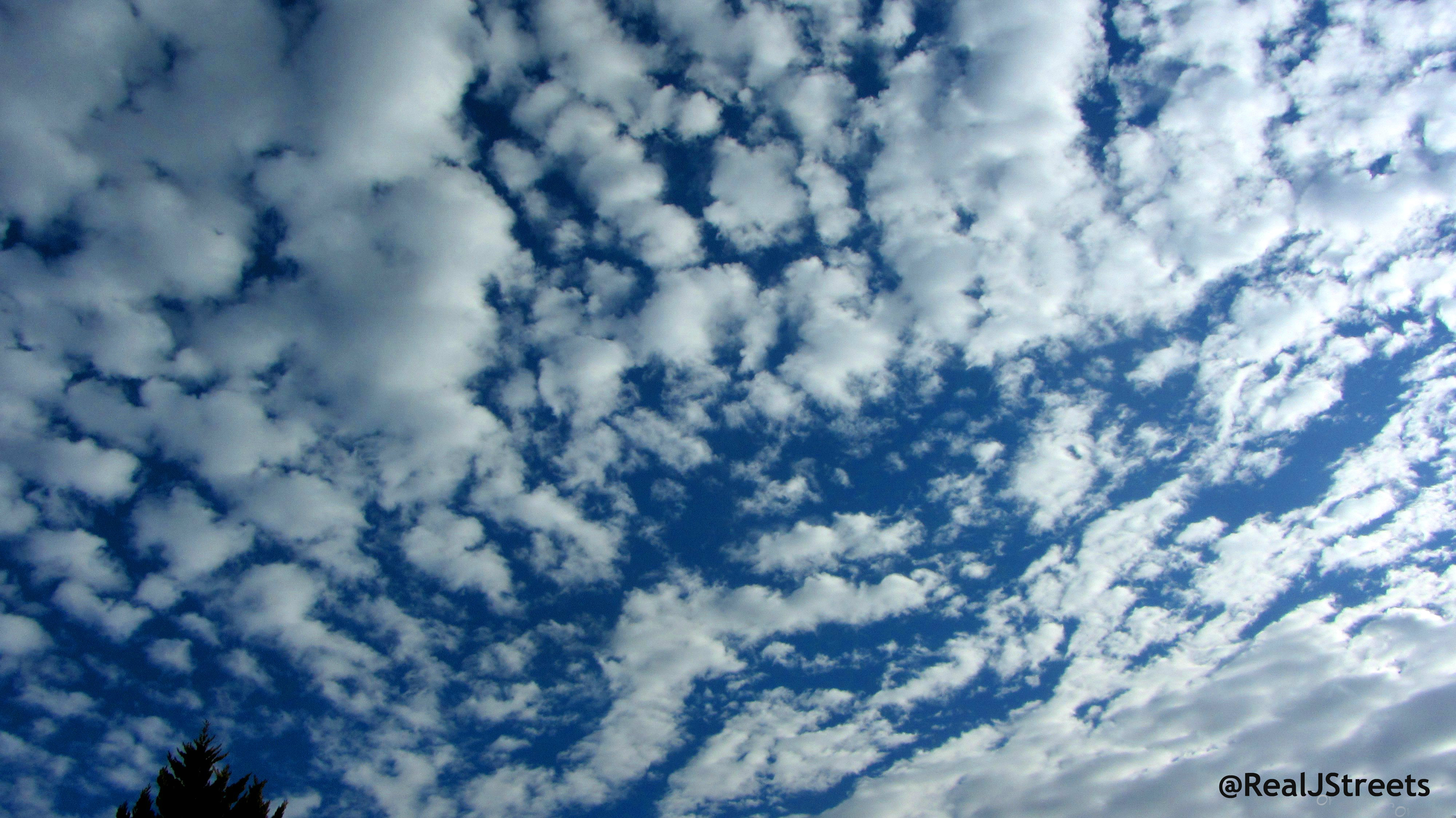 something as simple as the cloud formations

against a blue sky can be appreciated.

Last Friday, coming from the Gush to Jerusalem, Israel,

we stopped for a traffic light.

The same as we have done many times.

That signal was installed after many traffic accidents.

We saw this police vehicle blocking our view,

and we heard a man scream, then he was down on the road.

As the security forces arrived in force,

it was clear this was no simple accident.

Acid (yes, vinegar is an acid!) was splashed on Israelis

by a terrorist and he had run to this spot.

I had been looking for cars involved,

but it was stopped a few meters away.

We got through quickly,

as the traffic in the other direcion stopped and backed up.

watching a live news feed of a cafe in Australia,

under threat by a person with an ISIS flag.

We cannot be sure when or what will happen next! 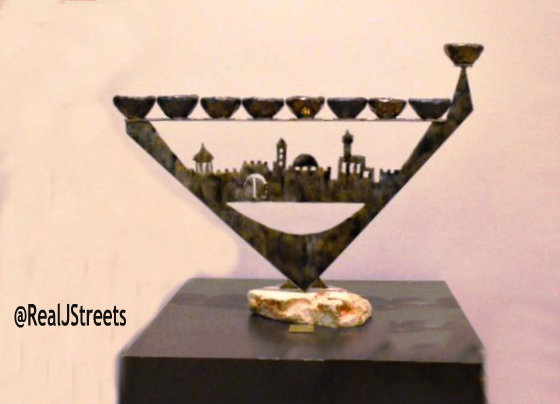 After finally deciding to spell it as spell check goes,

the Government Press Office is using Chanukah this year.

Oh well, people are getting their chanukiot, menorahs 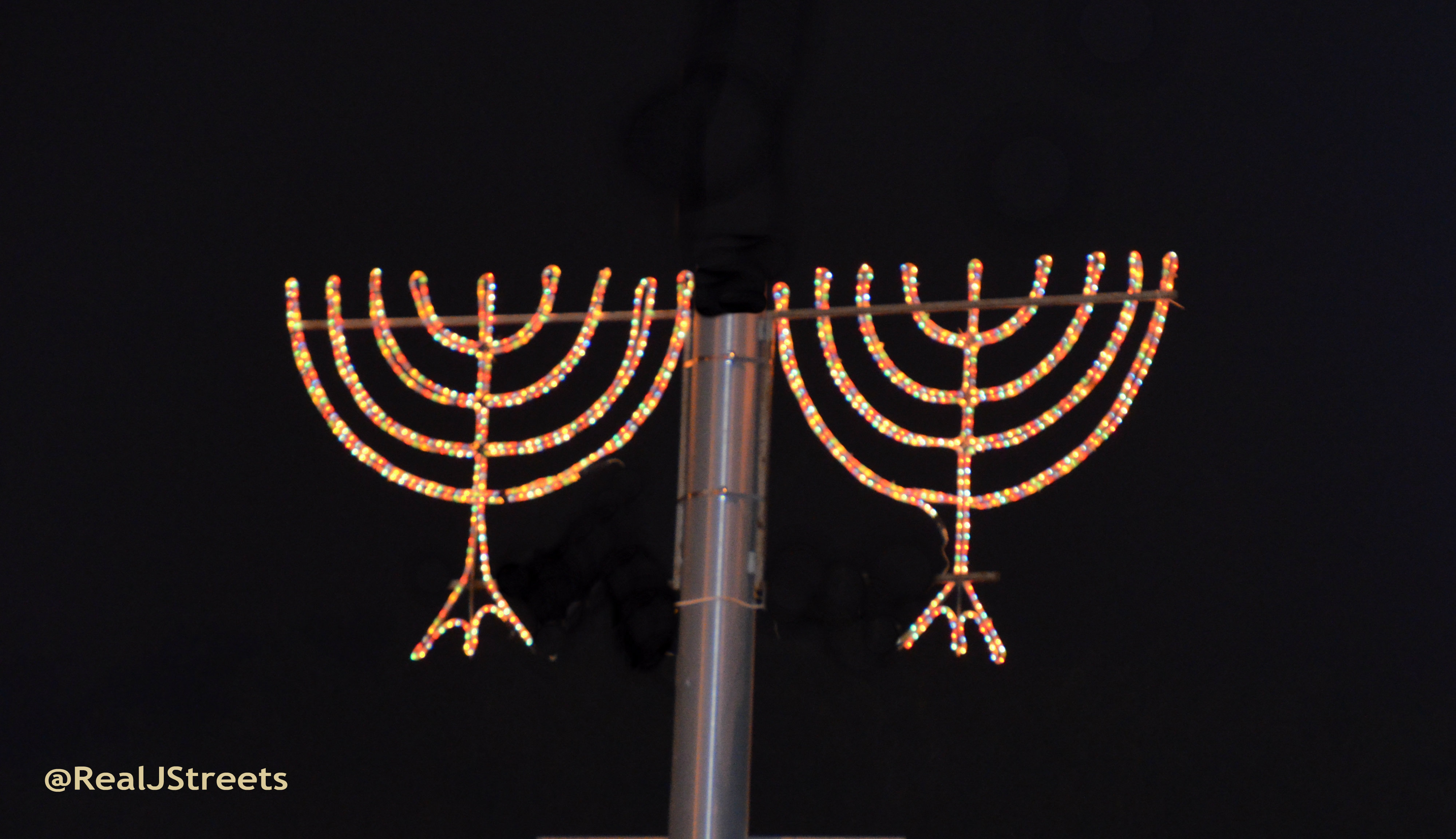 As always I love the streets lights,

and signs filling the streets.

The school holiday is shortened this year,

but the school extravaganza productions

are bigger and better and longer than ever. 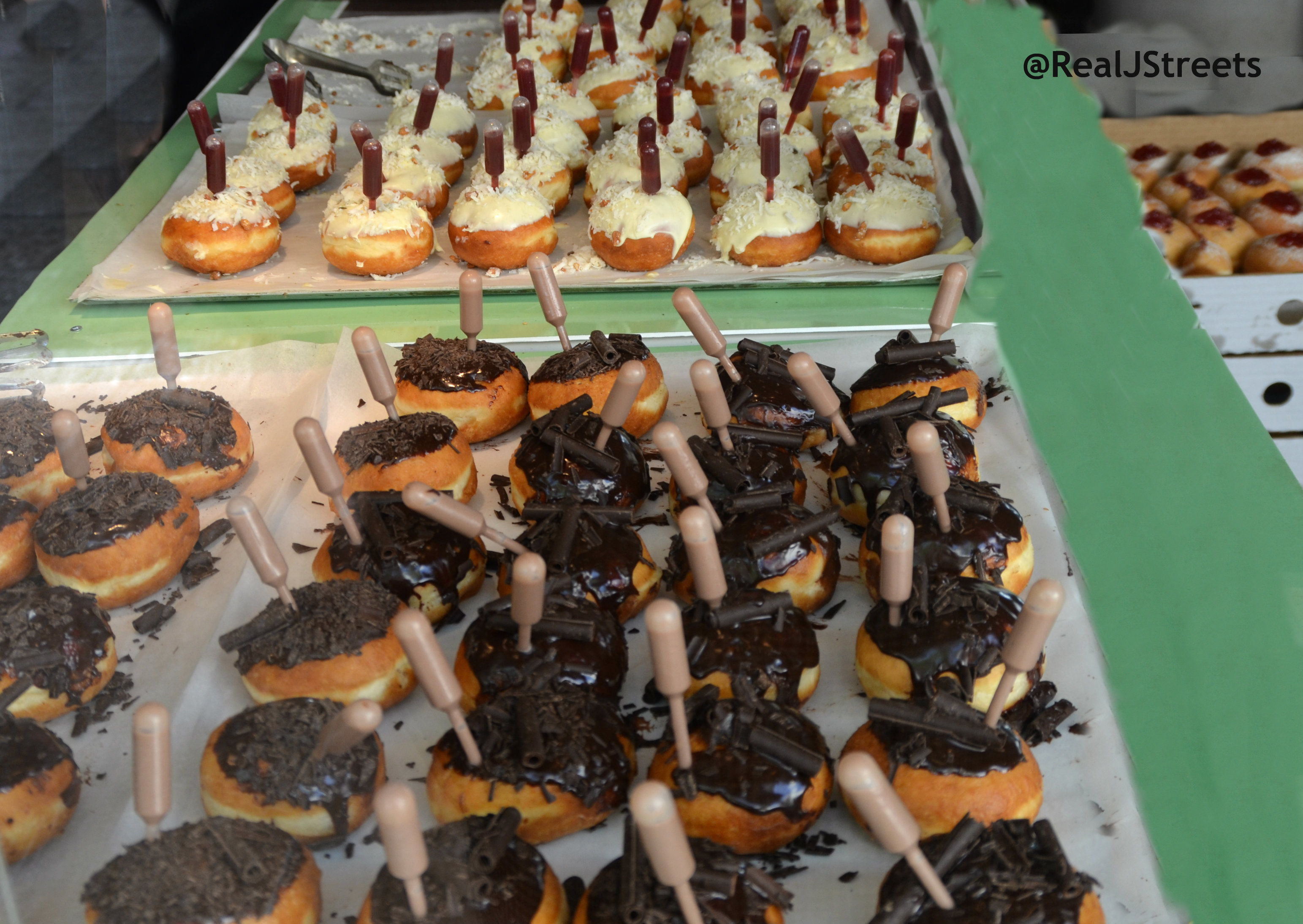 Suffganiot, millions of all types of donuts and

fried foods will be consumed over the eight nights. 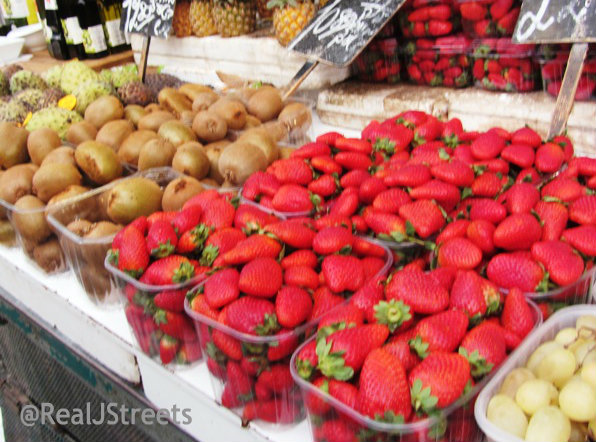 But also strawberry season has begun

and the markets are filled with the sweet red berries. 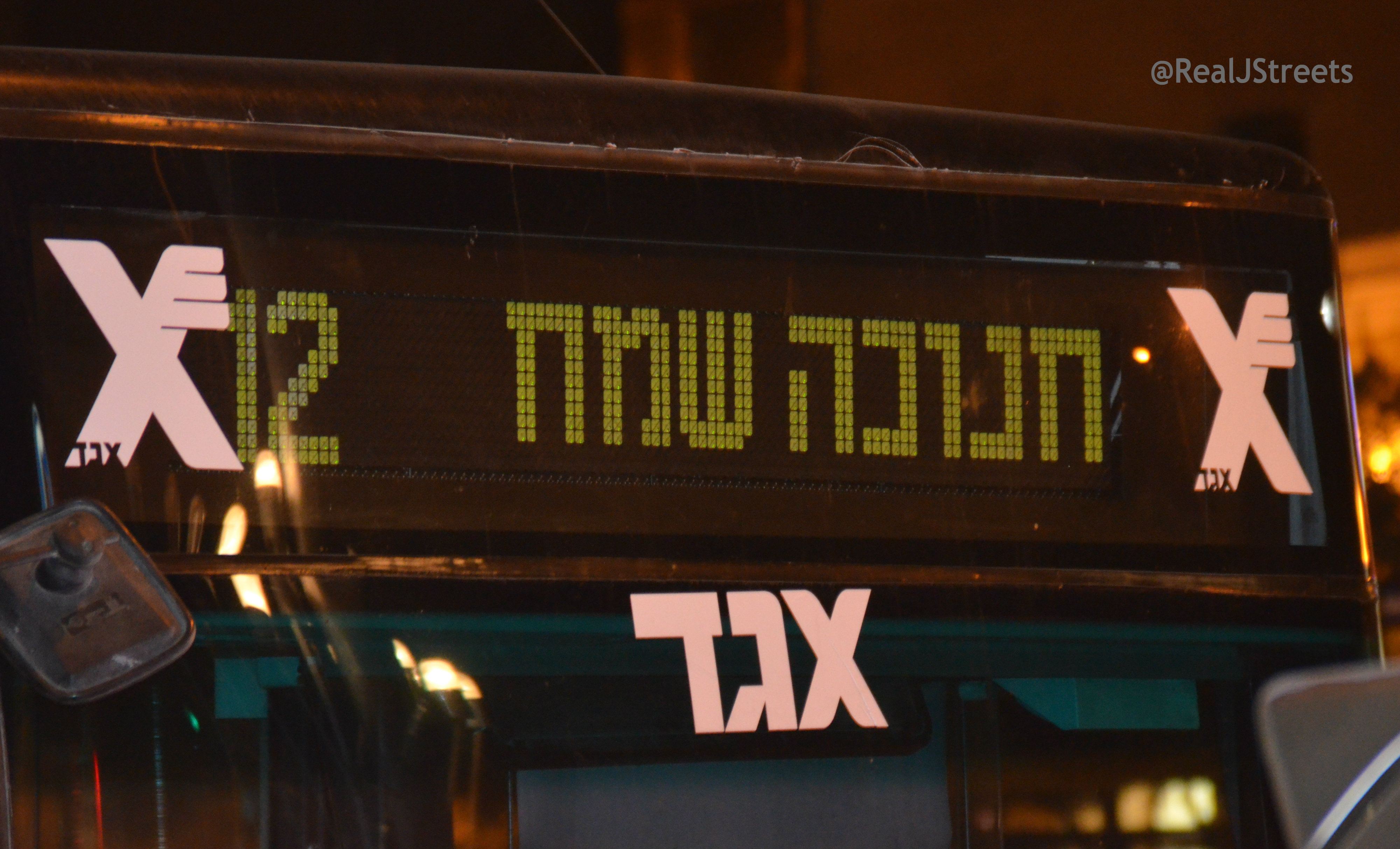 however you spell it,

the first candle is tomorrow night.

0 thoughts on “Ready for Hanukkah or Chanukah in Jerusalem”