Seeing the world 20-20 used to be an expression of sight.

This year Yom Hazikaron, Memorial Day, and Yom Haatzmaut, Independence Day, moved from the Jerusalem streets to the clouds, to Zoom, and went online.

Until this year, in Jerusalem, Israel, tens of thousands headed to Har Herzl Military Cemetery to visit graves of fallen soldiers on Yom HaZikaron, then on Yom Haatzmaut people gathered in Gan Sacher, Sacher Park, and every other Israeli green space for a mangal,  a barbeque, a huge family and friend-filled day. 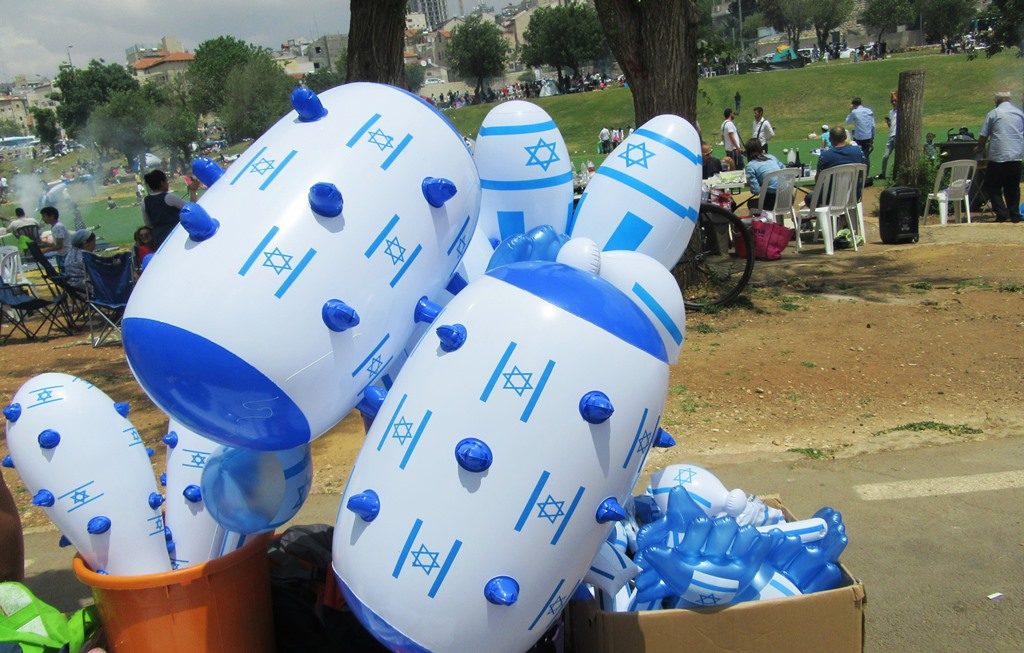 Crowds and traditions and the plastic boppers for Yom Haatzmaut parties had grown to huge proportions.

And then there was this year’s schedule:

Lockdown until 8:00 pm on Wednesday night. 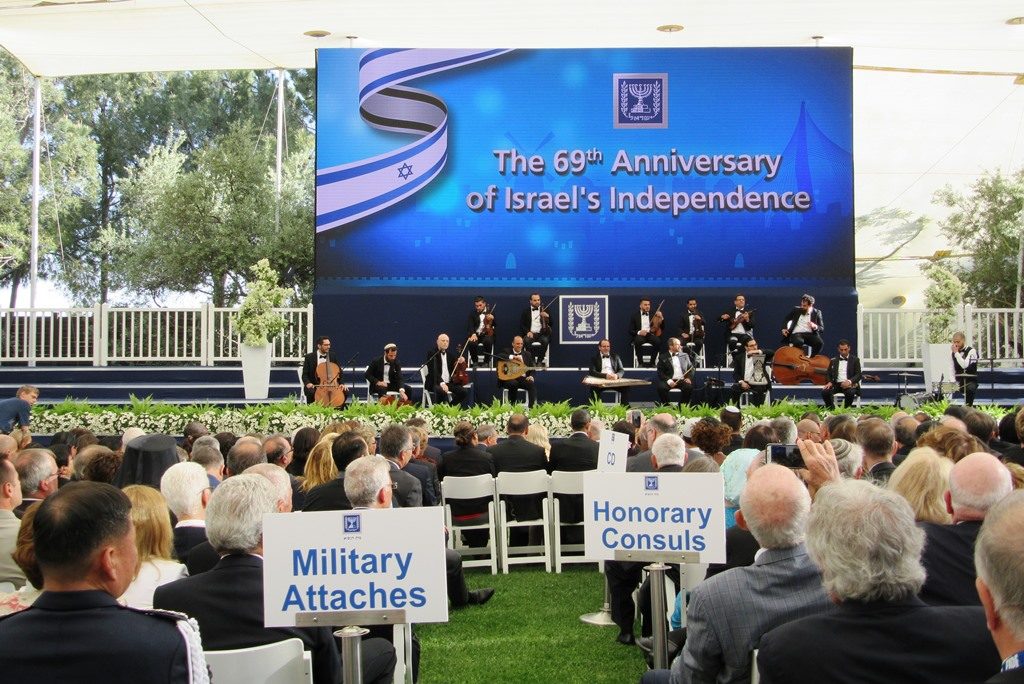 The Presidential reception for foreign diplomats serving in Israel 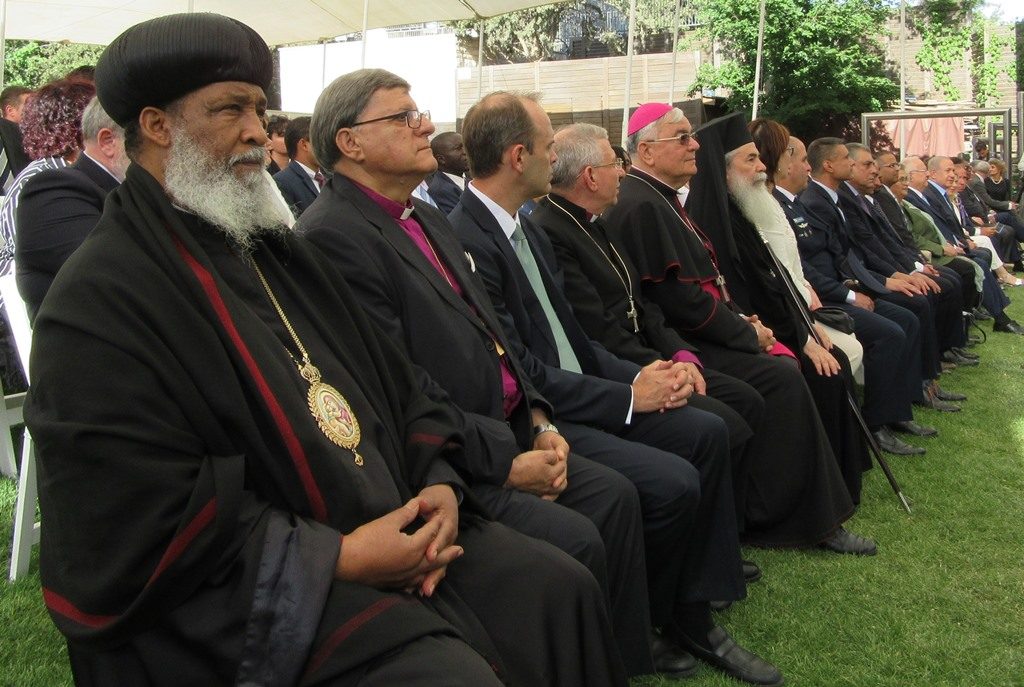 was an impressive gathering in the Beit Hanasi back garden. 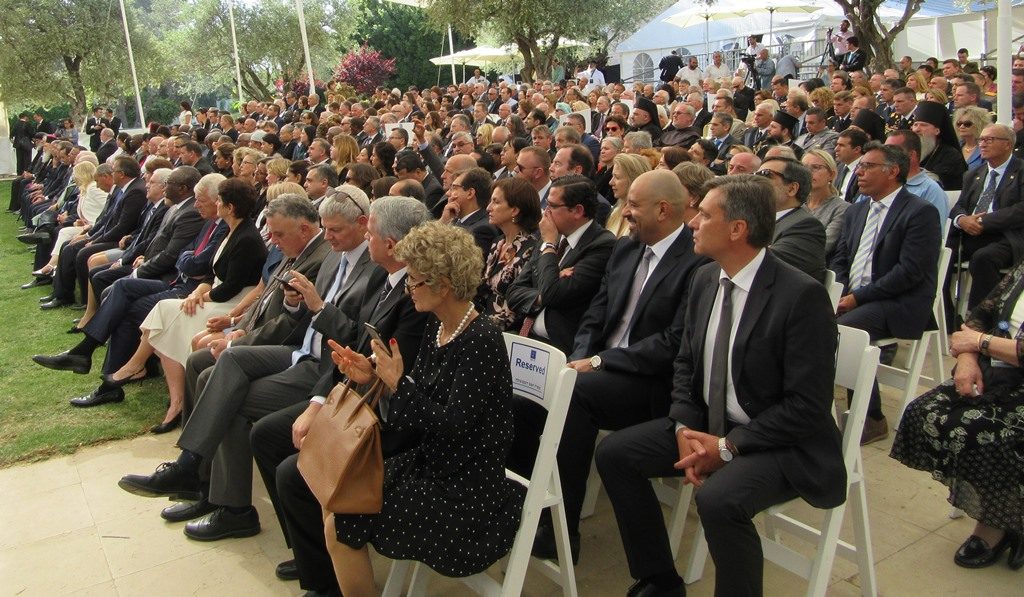 Hundreds of dignitaries filled the area for the event.

Foreign Minister Yisrael Katz joined President Reuven Rivlin at Beit Hanasi before the holiday and raised a glass to the diplomats who watched from a safe distance at home on their screens.

For Yom HaZikaron, the Kotel, Western Wall is cleared as usual for the main national opening ceremony. 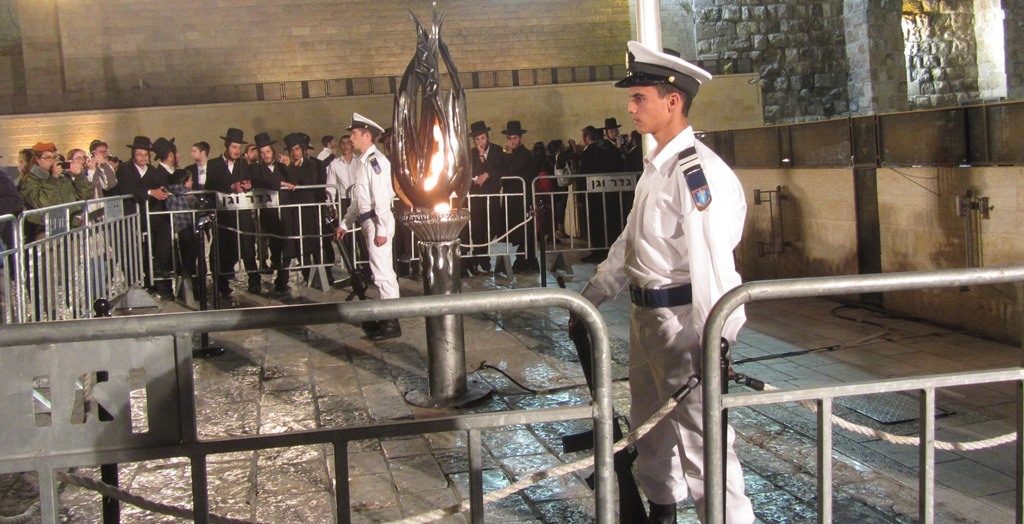 In the past, as seen for many years, the honor guards stood in dress uniform. 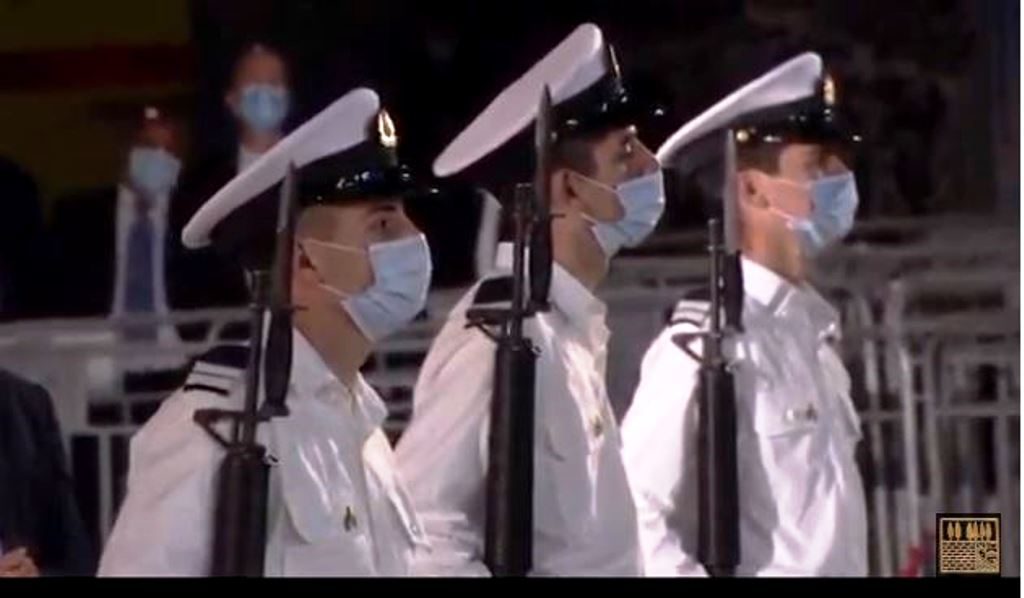 Again in 2020, the uniforms, but with masks, and the huge crowd was missing. 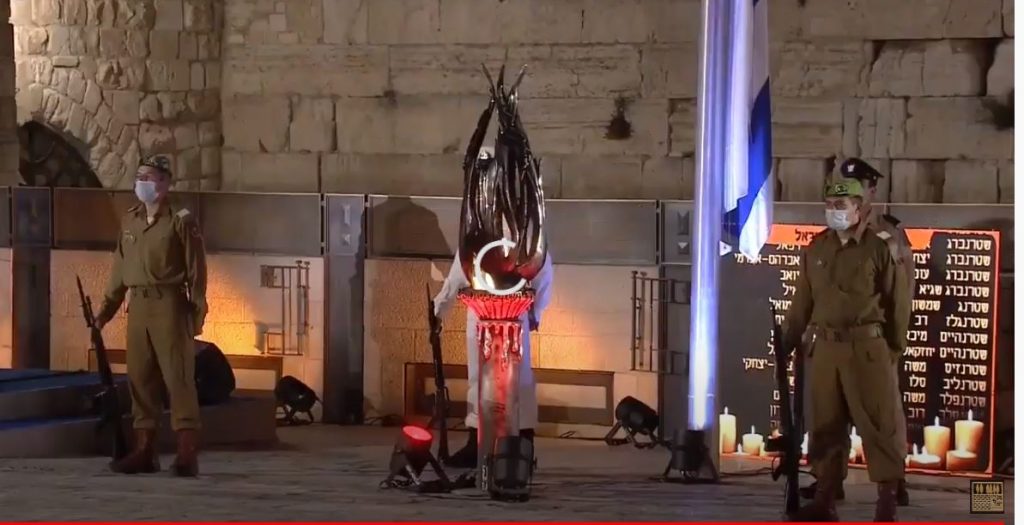 The memorial flame was lit and the Israeli flag lowered. 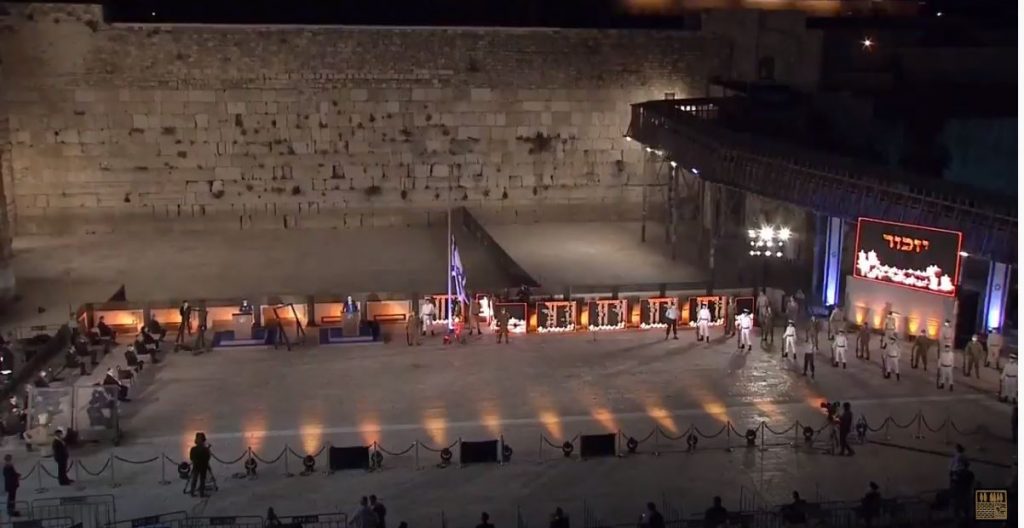 The ceremony filled the plaza and was televised live. 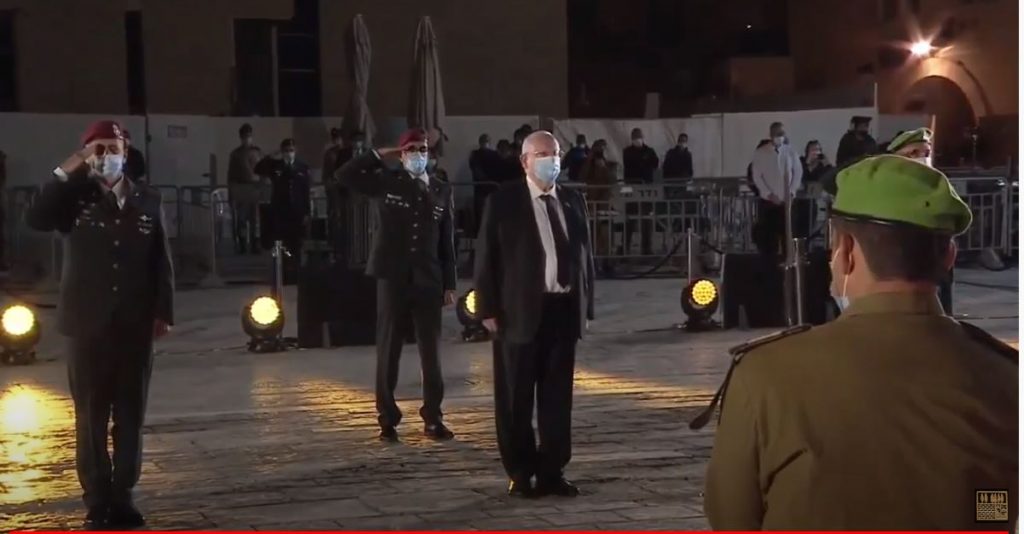 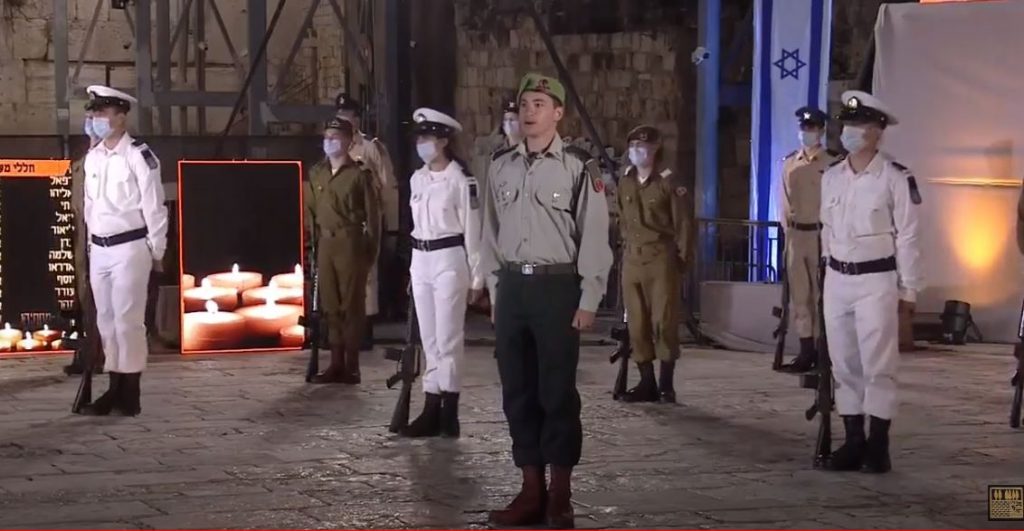 and honor guard standing with social distancing – was surreal and 2020 strange.

The siren sounded as usual, but even masks could not hide all the emotions. 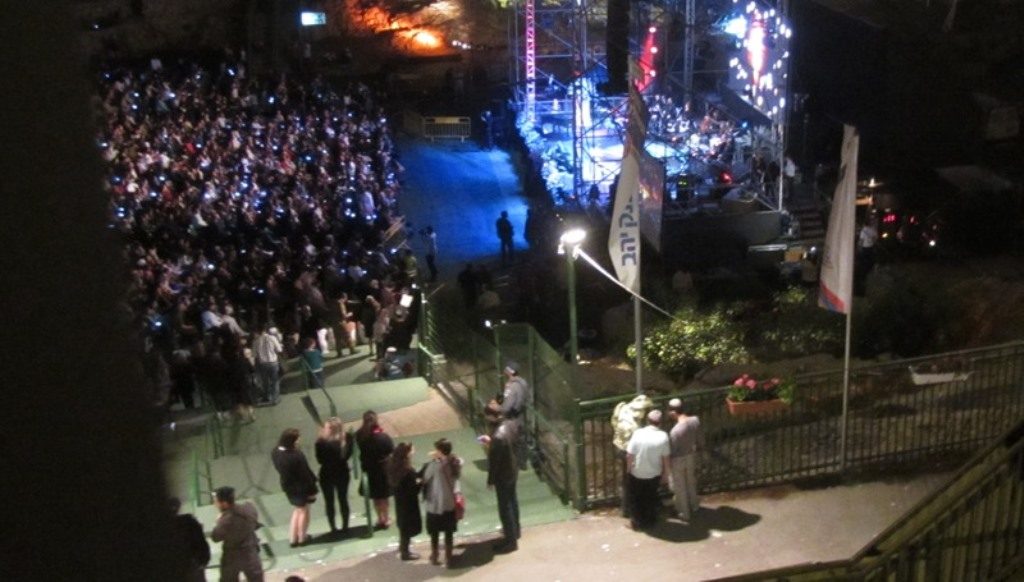 The huge musical events in the Sultan’s Pool – not this year.

5:00 pm – a full lockdown – only leave home for an emergency 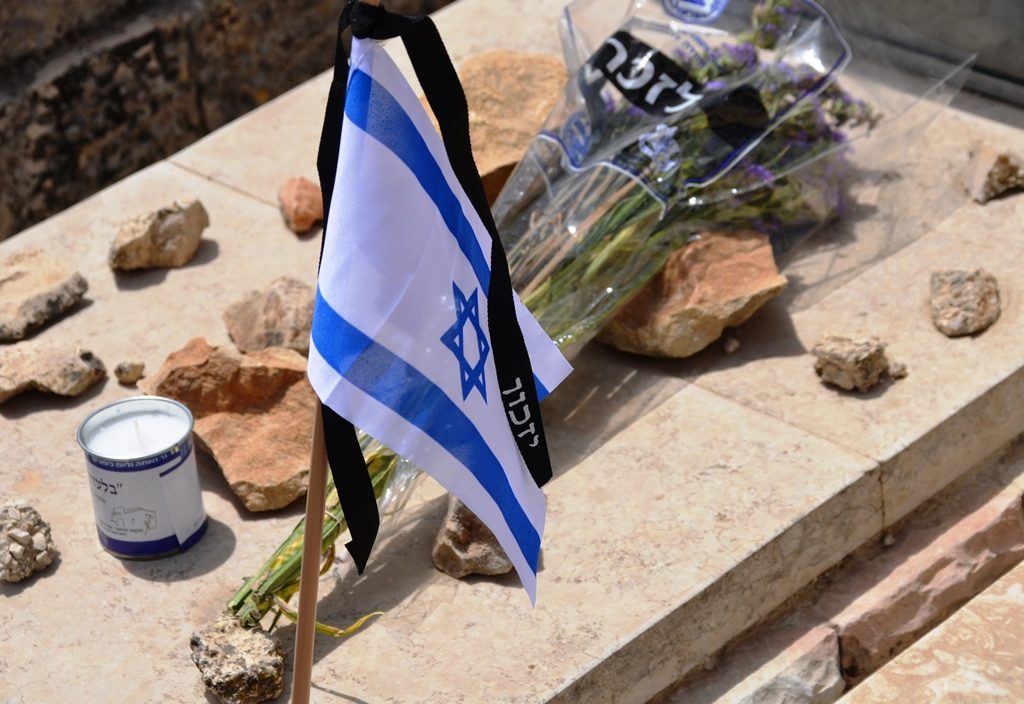 Israeli Memorial Day with flags and flowers was held but no visits to graves this year on the day. 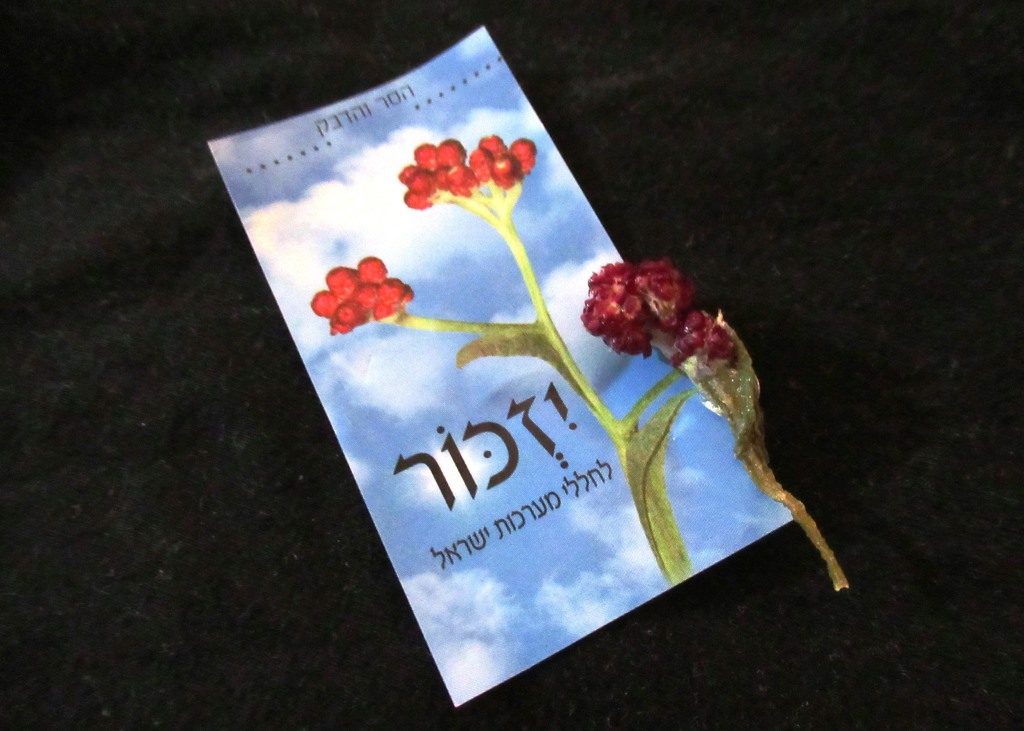 Yizkor memorial ribbons and pins and crowds might have been fewer in number,

but the number of online live and video opportunities has never been greater.

And at sunset on Tuesday night, Yom Haatzmaut celebrations started. 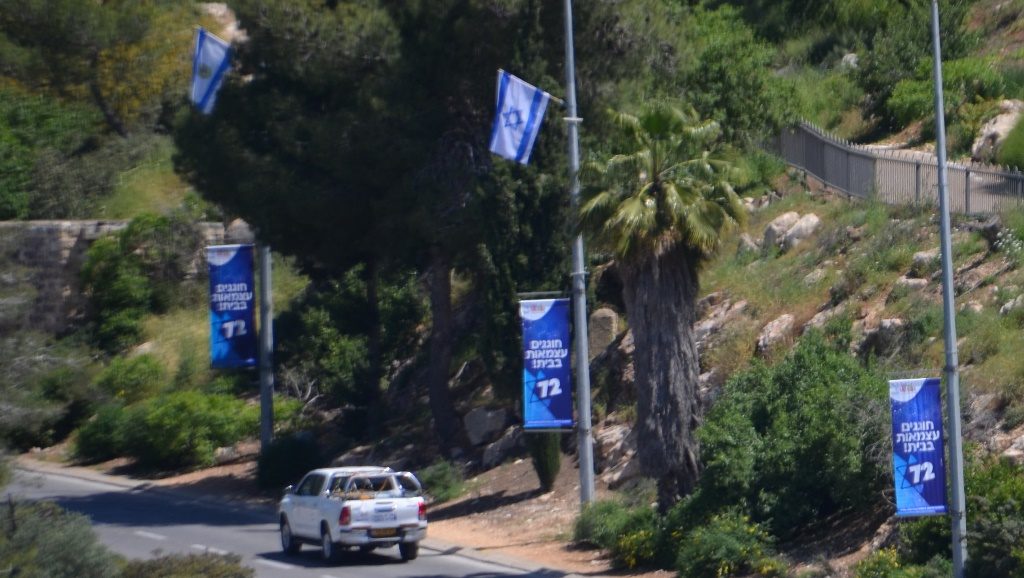 New signs lined the Jerusalem streets, “We are celebrating Independence at Home 72.”

The official state ceremony is broadcast annually on Israeli television before a huge crowd.

This year the colorful sets and 12 honored torch lighters were prerecorded and available on social media outlets. 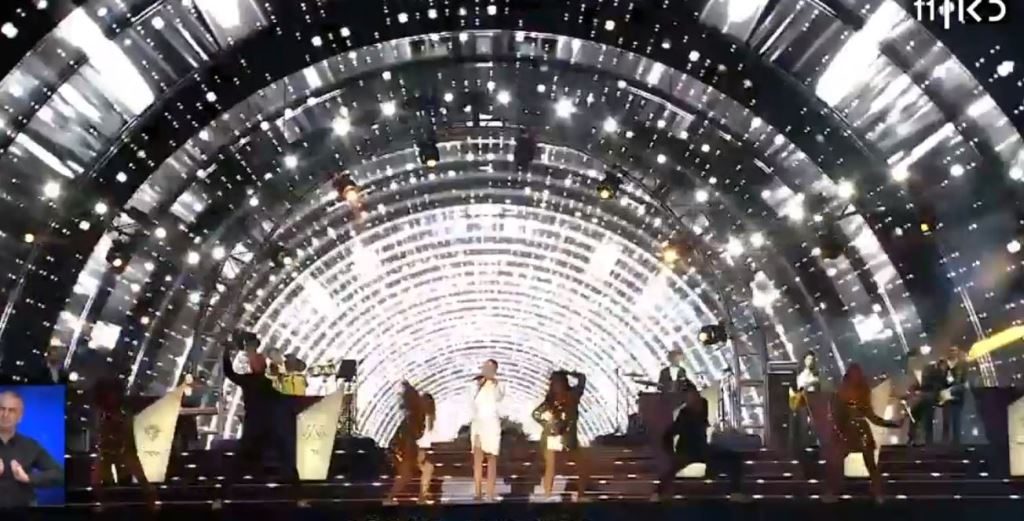 Still, lots of lights, but the number of performers was greatly reduced.

The IDF flag parade had fewer participants but marched again with social distancing.

Jerusalem’s official municipal event was held at the Tower of David, a very different event. The Mayor welcomed the audience at home. Rachaeli Fraenkel spoke and musicians sang prayers. No production numbers or dancers, simple and no pulsating lights.

Late-night music was provided by performers who rode around to various neighborhoods.

I did not go to the President’s house today as I had wanted.

The big Outstanding Soldiers of the Year event is to be at some future time. 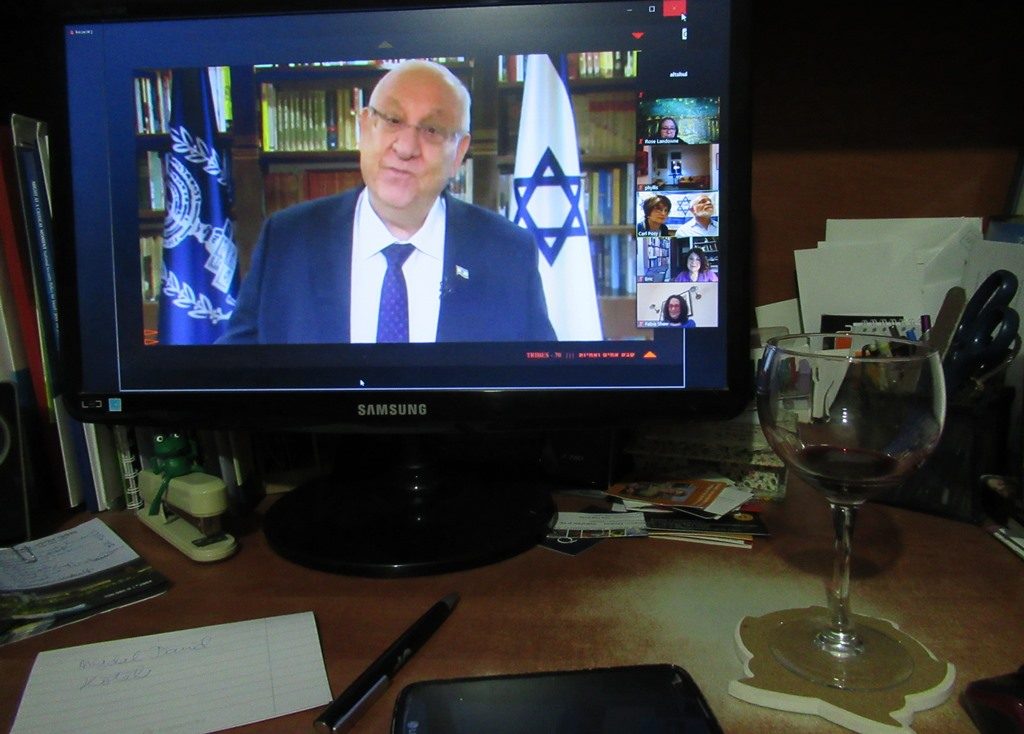 However, this year the President came to my house for Yom Haaztmaut.

His official presentation “All Israel from Jerusalem” ended with the Israeli Philharmonic playing Hatikvah.

However, I liked this prayer group gathered outside on the streets also ended with Hatikvah.

This was the year Yom Haatzmaut went online, from Jerusalem out to the world.

You can just google it from anywhere now. 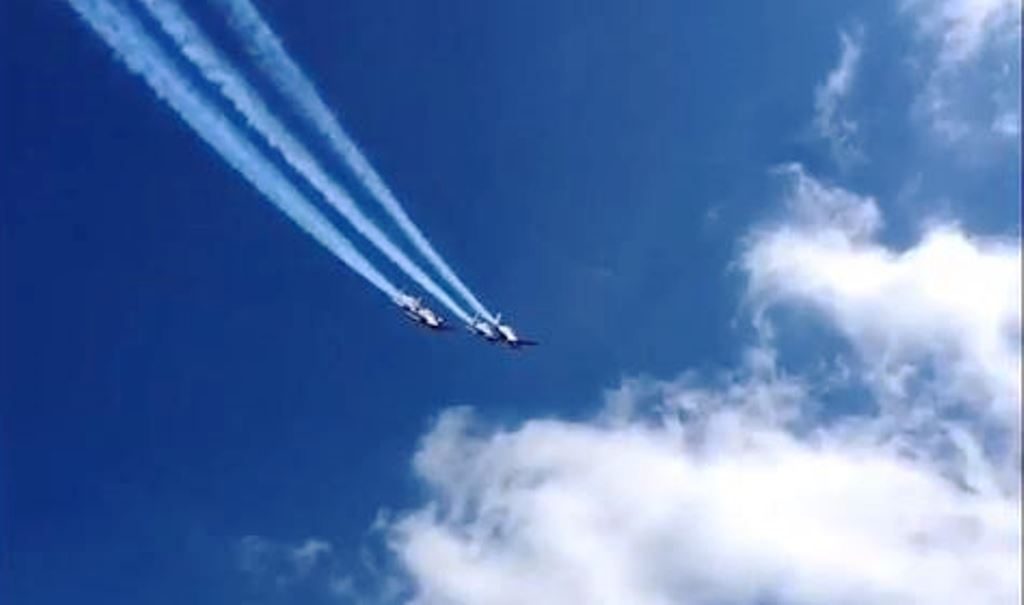 The annual airshow did not happen, but an IAF did flyover the Knesset and Israeli hospitals to honor hospital workers.

The 2020 Israel Prize Award ceremony at the end of Yom Haatzmaut was also prerecorded and broadcast online. 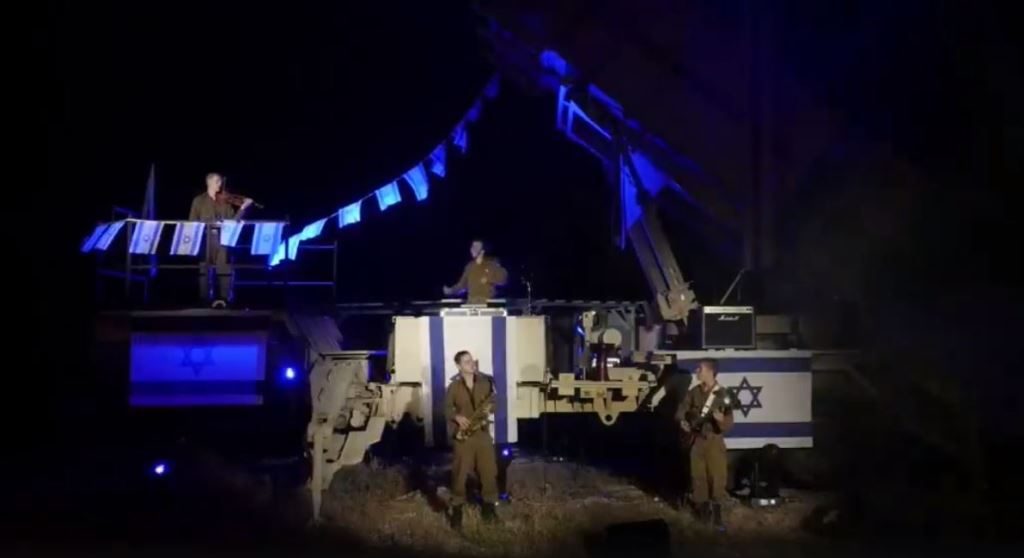 Now you can join in anytime to celebrate Israel’s 72 Independence Day at home.

It’s possible from your homes around the globe this year. 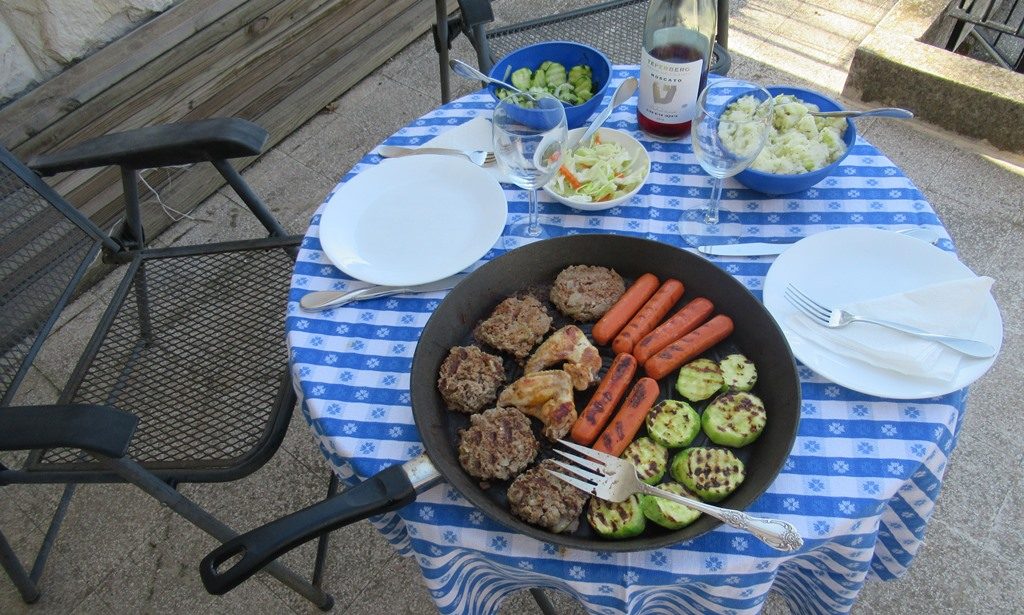 We’re celebrating and staying off the Jerusalem streets, this year 2020.

Let’s hope we can all celebrate together, next year in Jerusalem.