is old and new and constantly changing.

These birds flying over the ancient walls of the Old City 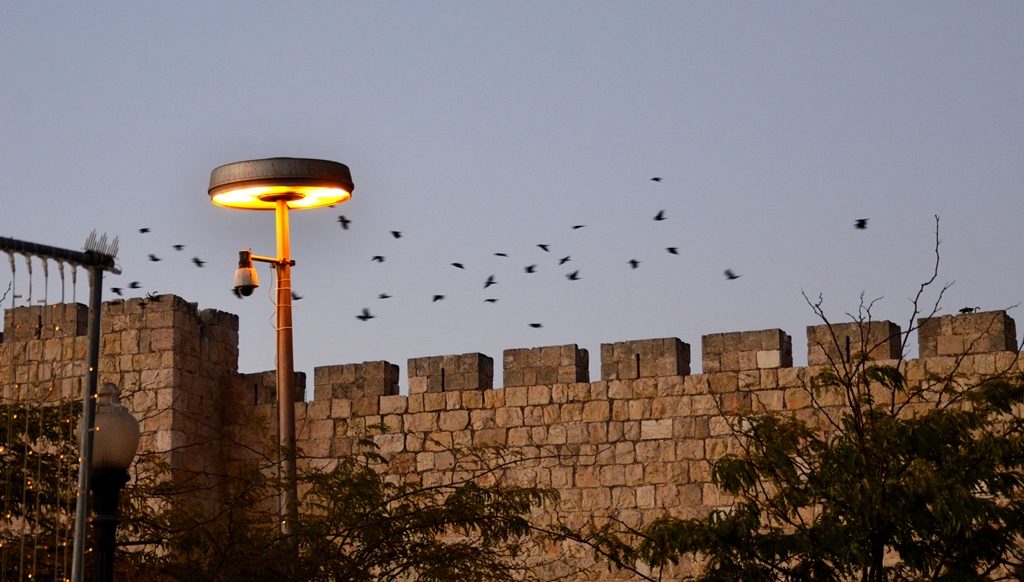 are migrating as they have for centuries,

though those powerful lights are new. 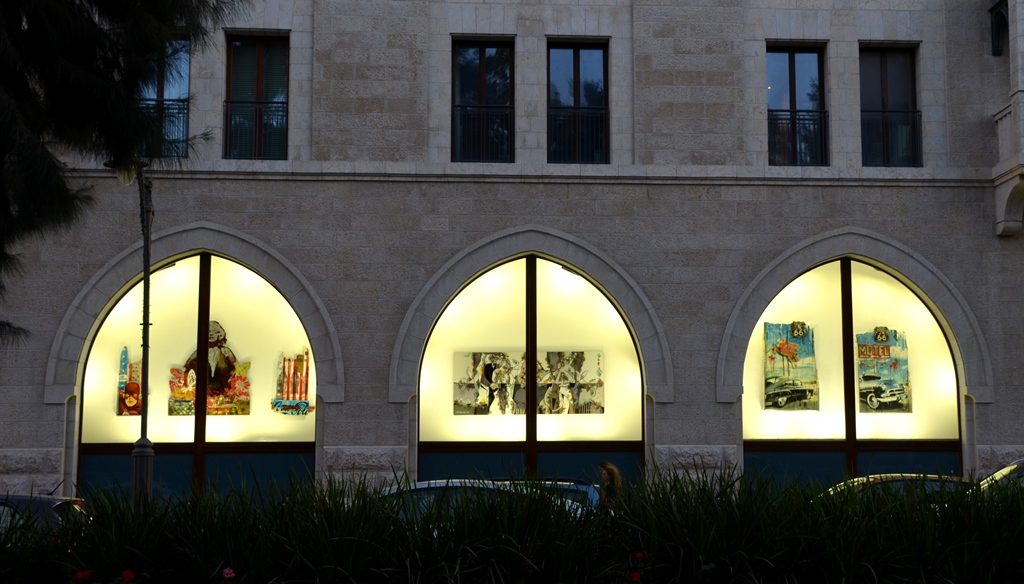 The Waldorf-Astoria has new window displays. 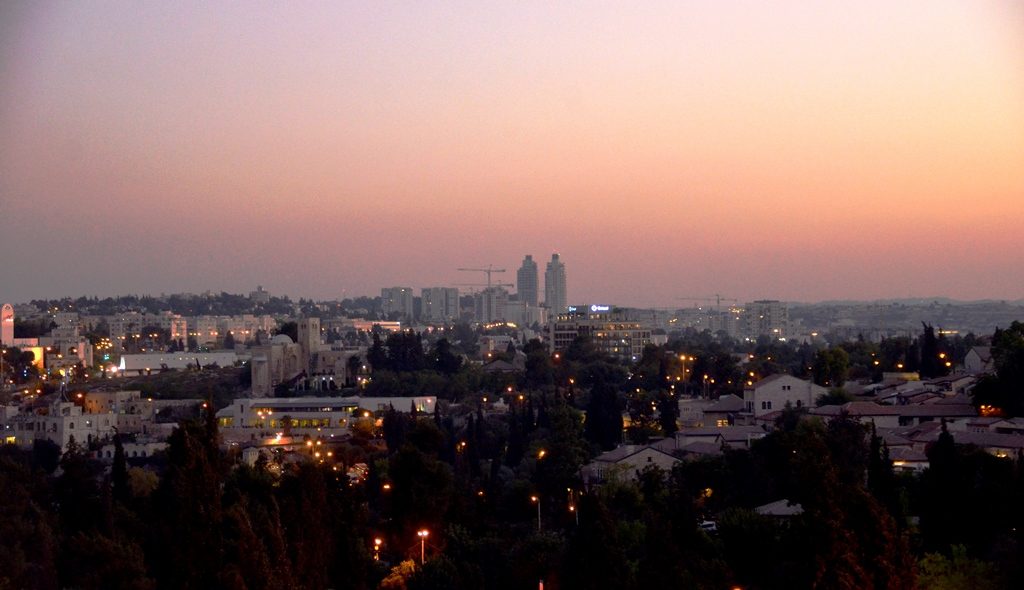 New towers are being built,

the Jerusalem skyline is changing. 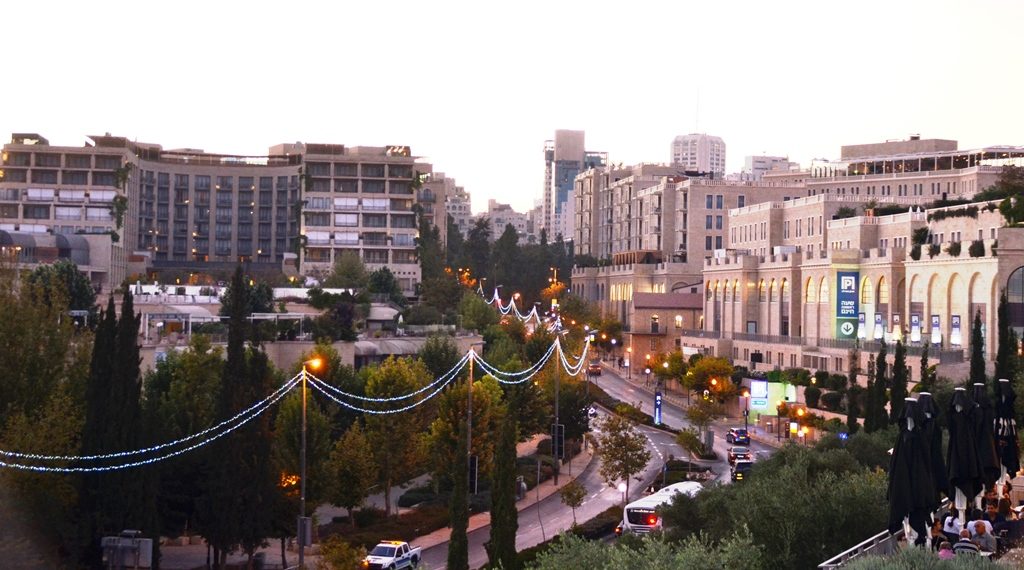 At the David Citadel Hotel, those white things in the distance

are balconies being prepared for Sukkot holiday meals. 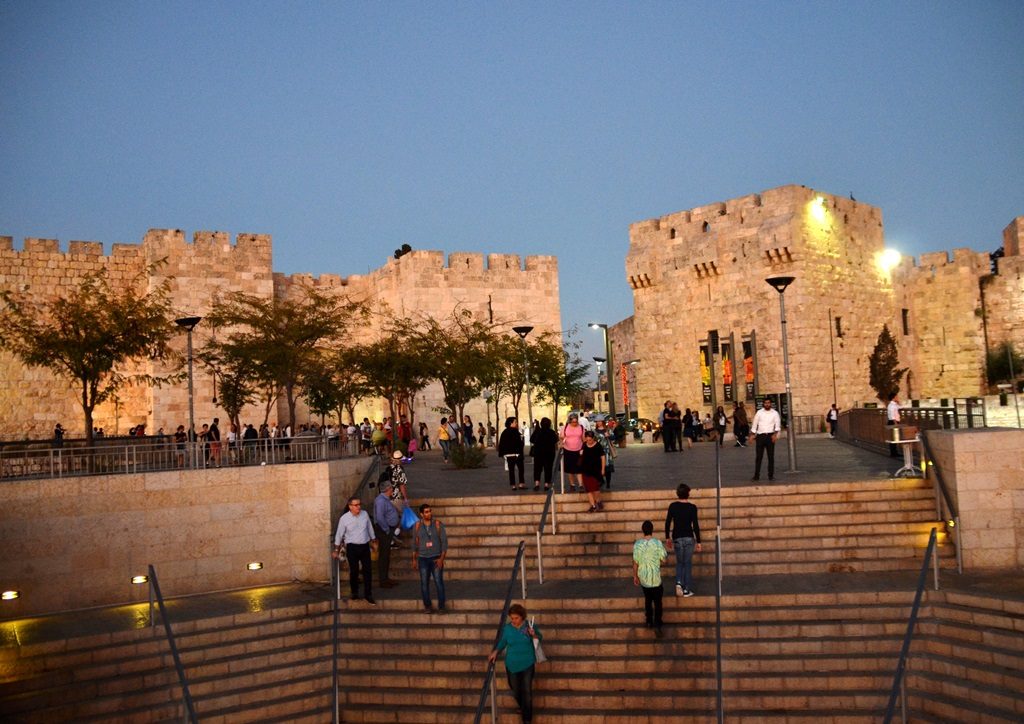 I was at Jaffa Gate at sunset

and looked up at the Tower of David, 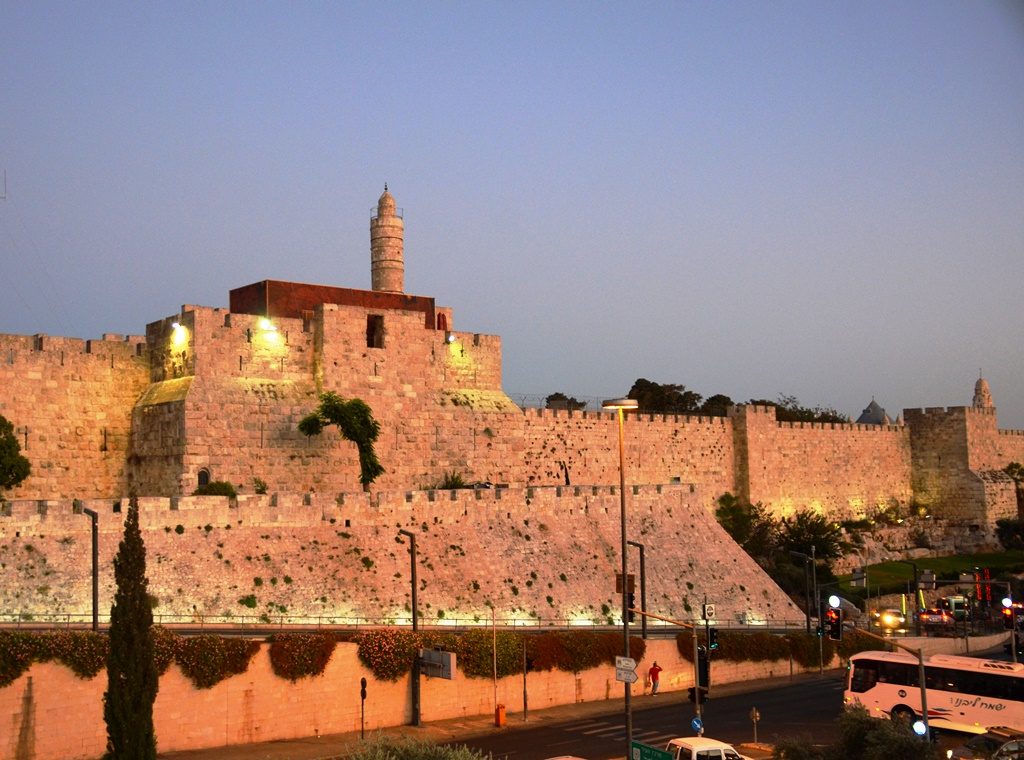 to see something new on top.

That is a special cork sukka designed as part of the

At the Jaffa Gate below there is nothing new, 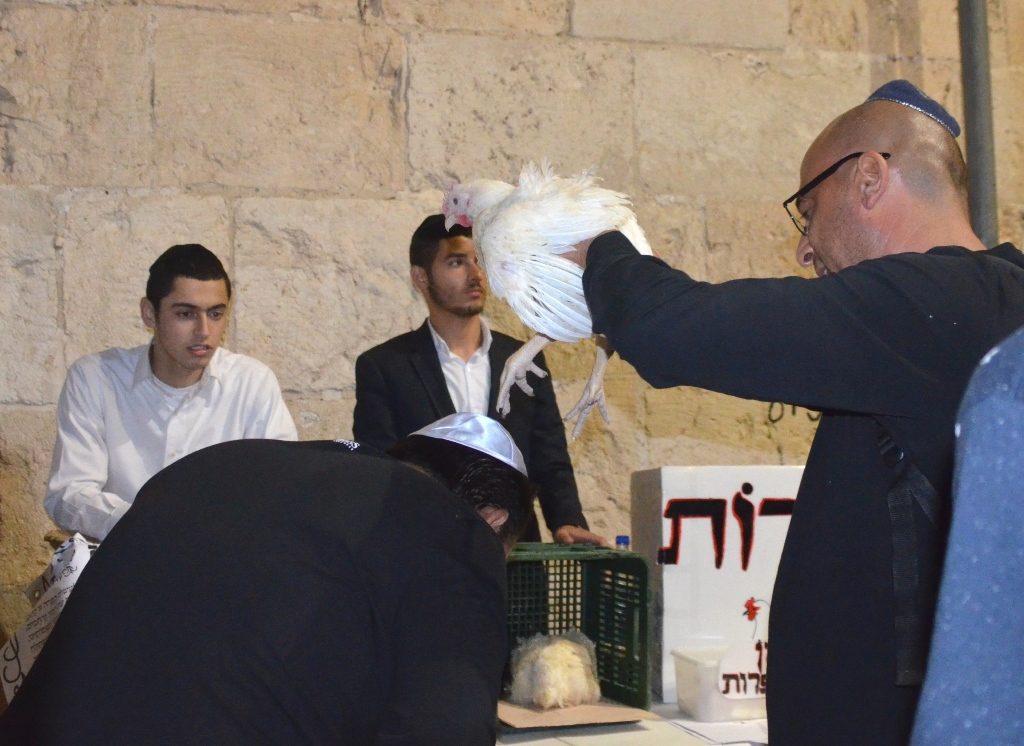 moving around a live chicken. 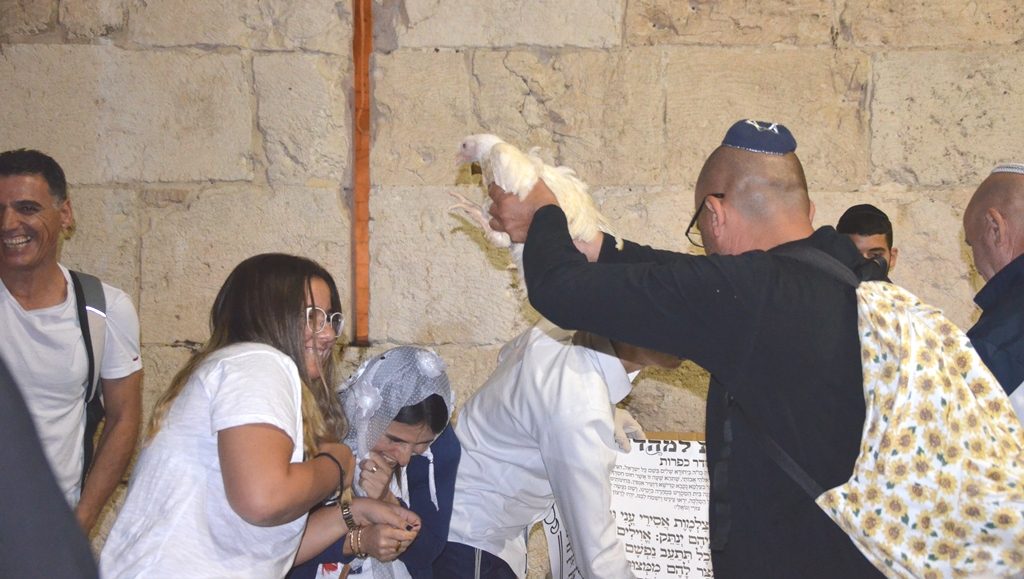 These women did not look as comfortable with

the ancient custom to absolve one’s sins before Yom Kippur. 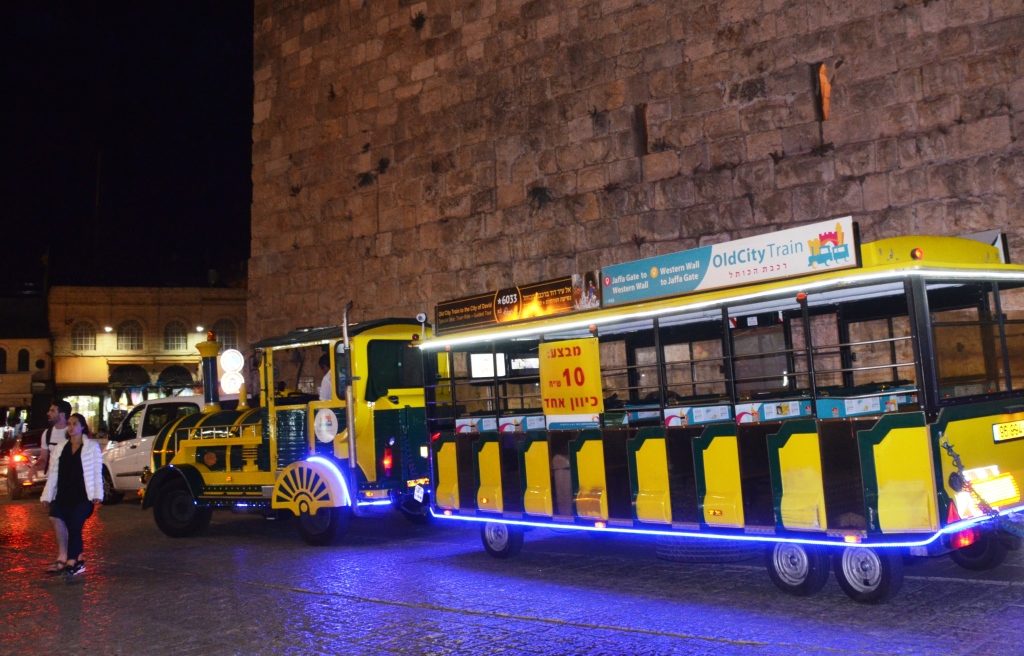 The new Old City Train was ready bright and ready to go. 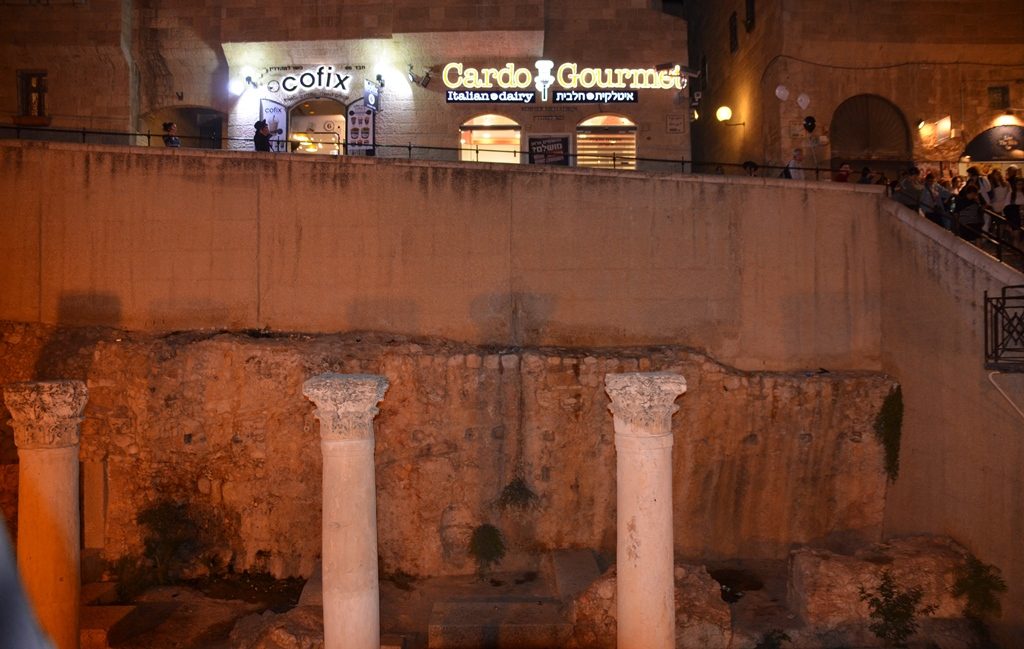 Here are two new bright signs above the Old Cardo. 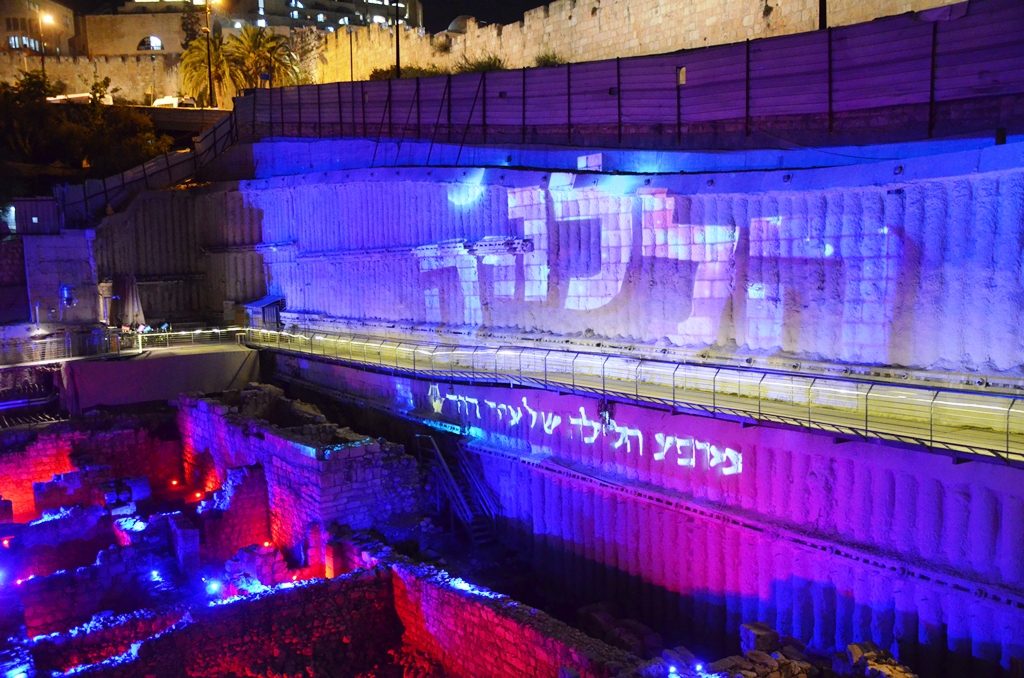 The City of David has a new sound and light show. 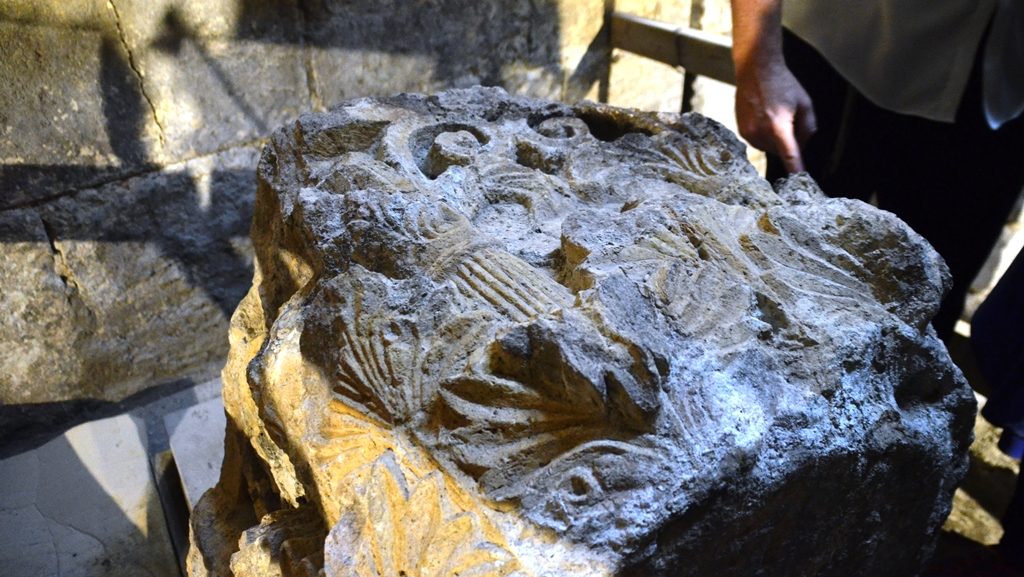 This decorative stone from the Second Temple is a new find

by archaeologists near the Kotel, the Western Wall.

I went to the Old City before Yom Kippur, 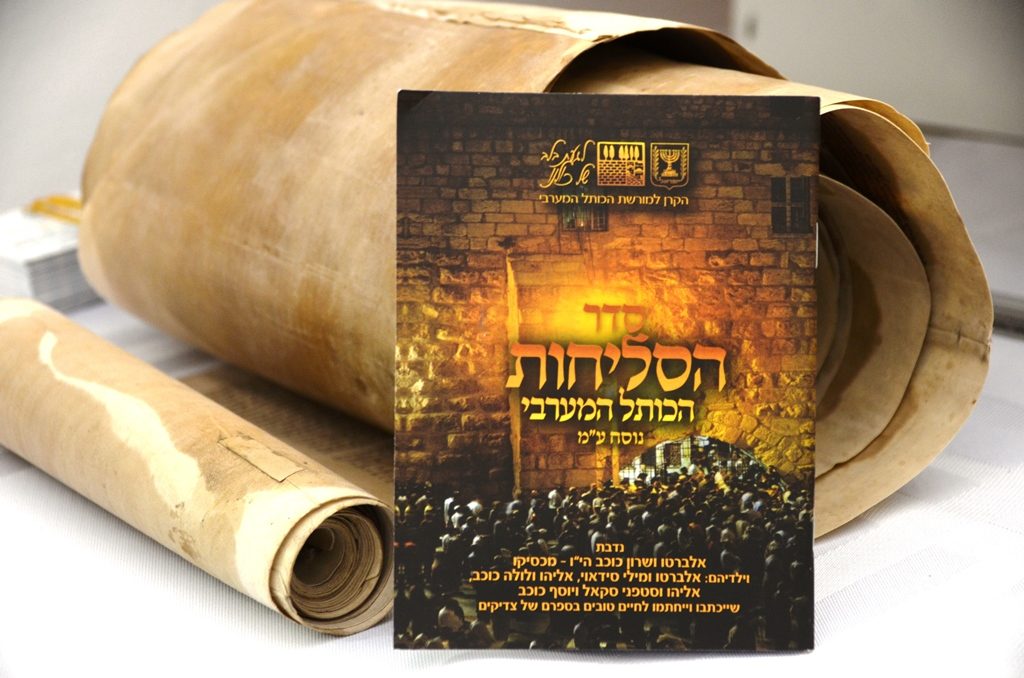 for late night Selihot at the Kotel. 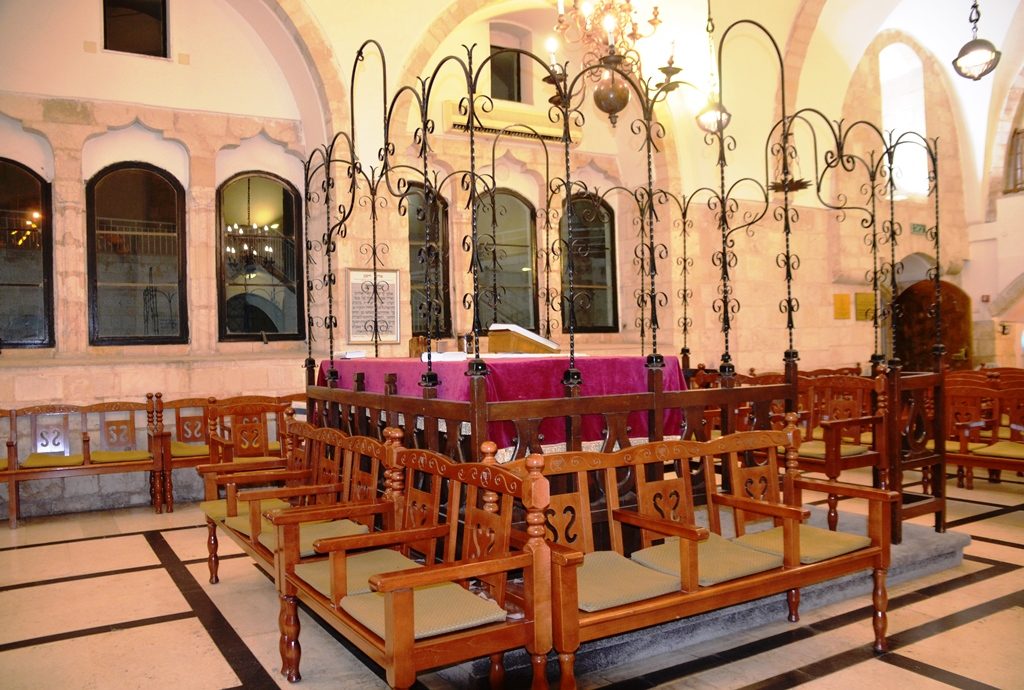 While the synagogues were quiet that night, 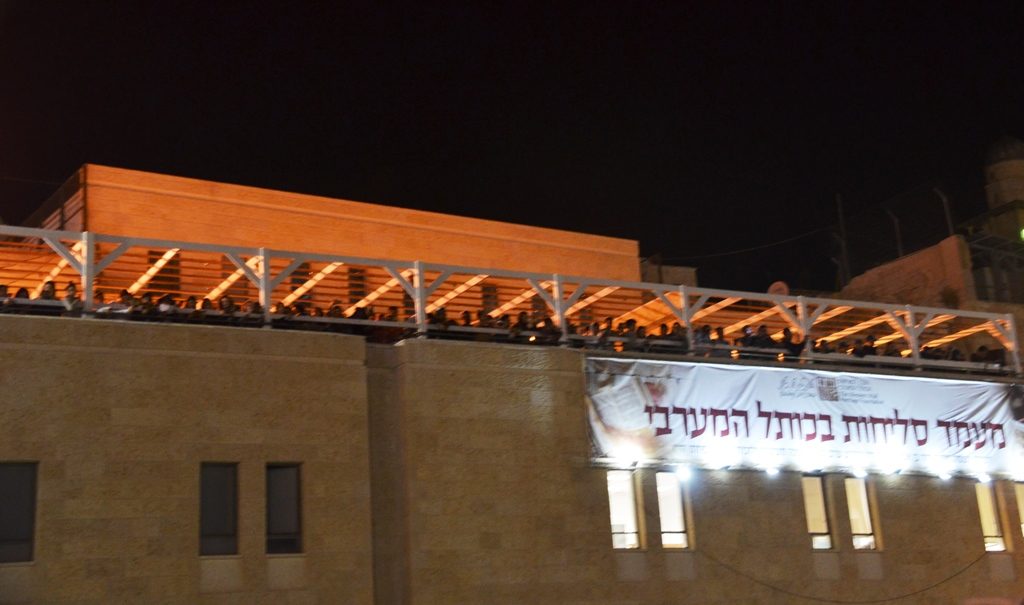 from the new observation spot above the 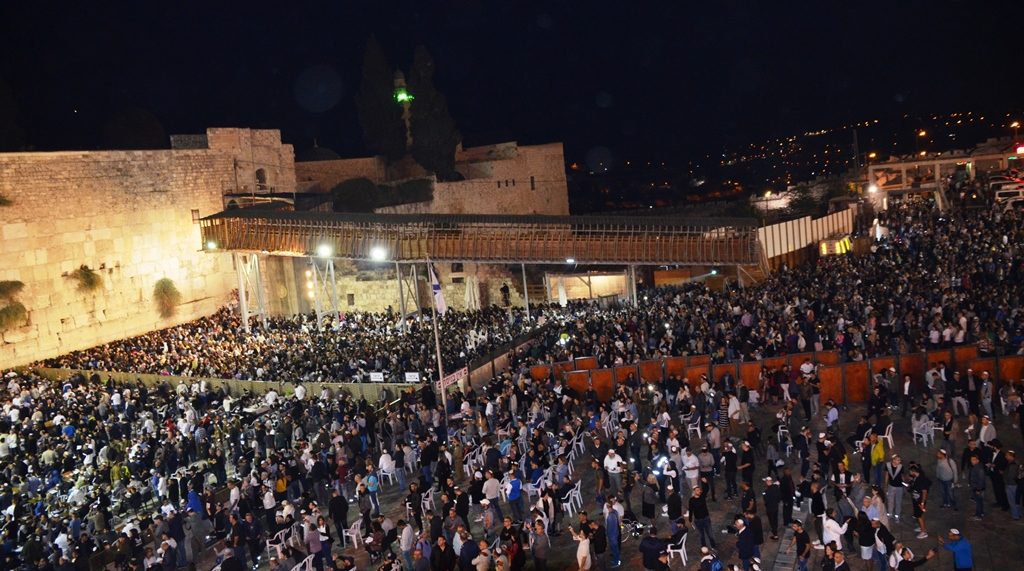 the crowd stretched further than my lens could capture. 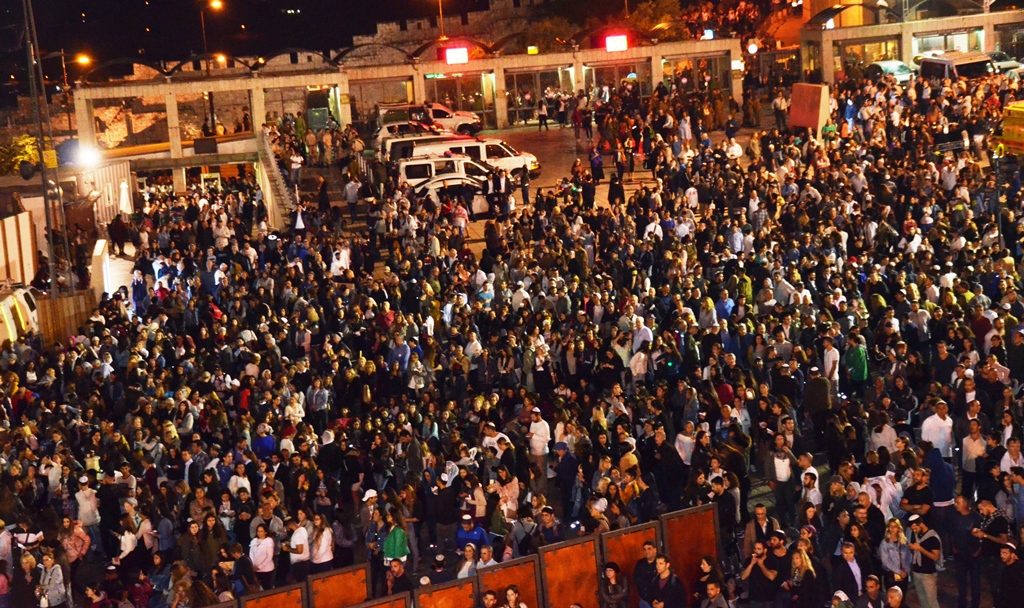 though it was well after midnight. 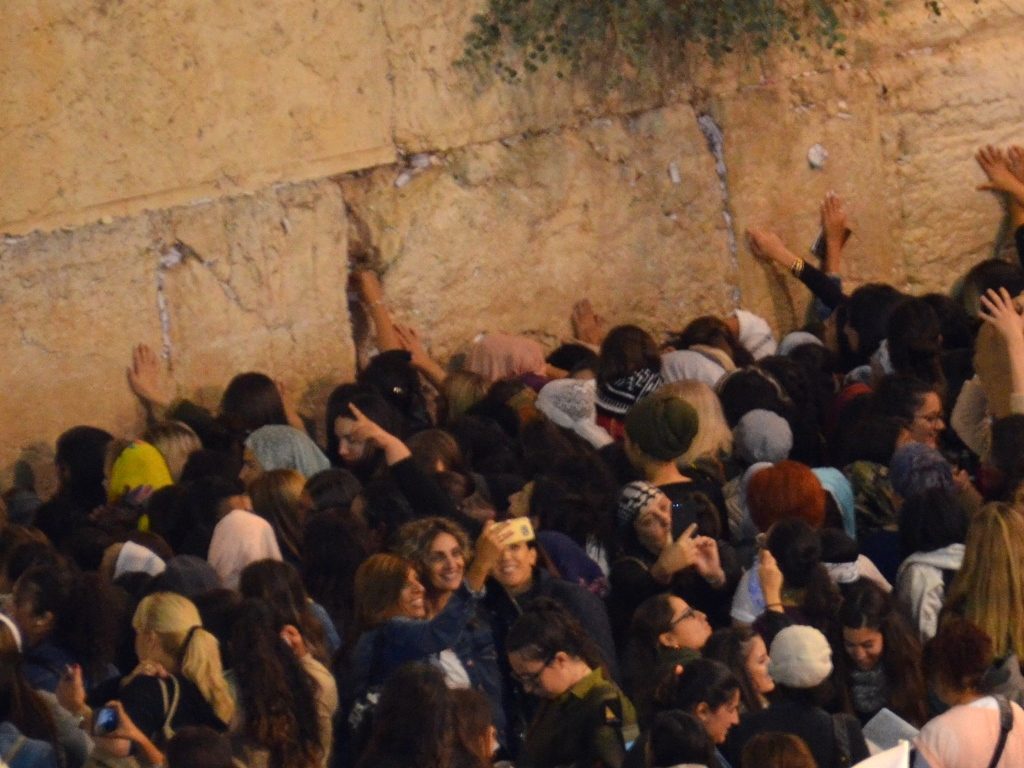 Would selfies at the Kotel be considered new? 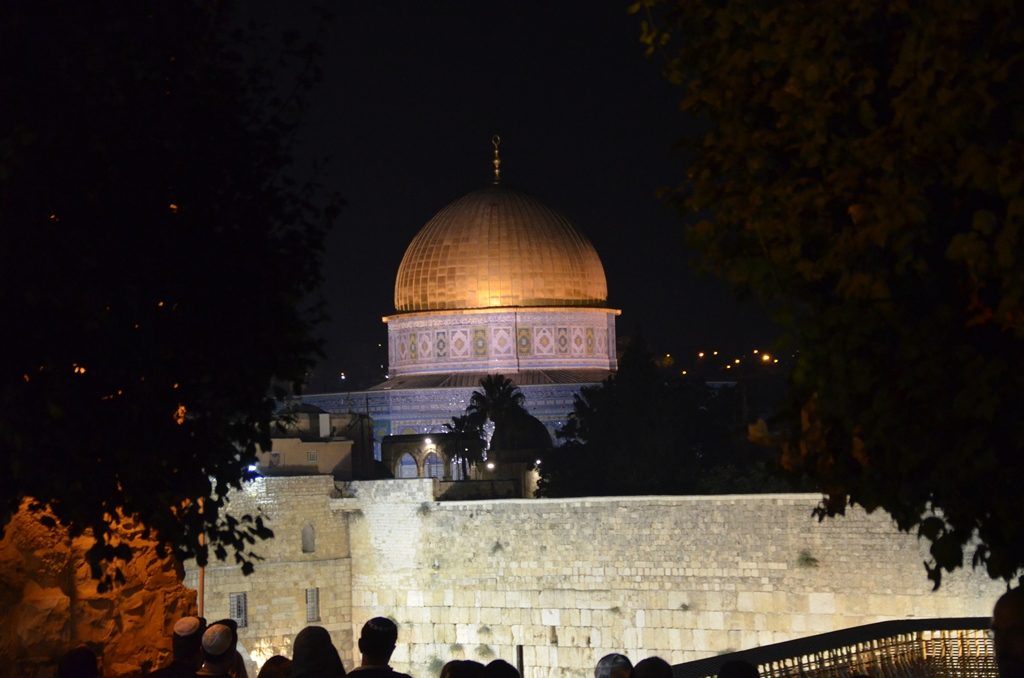 The dome and wall are certainly not new,

but always impressive sight lit up at night, 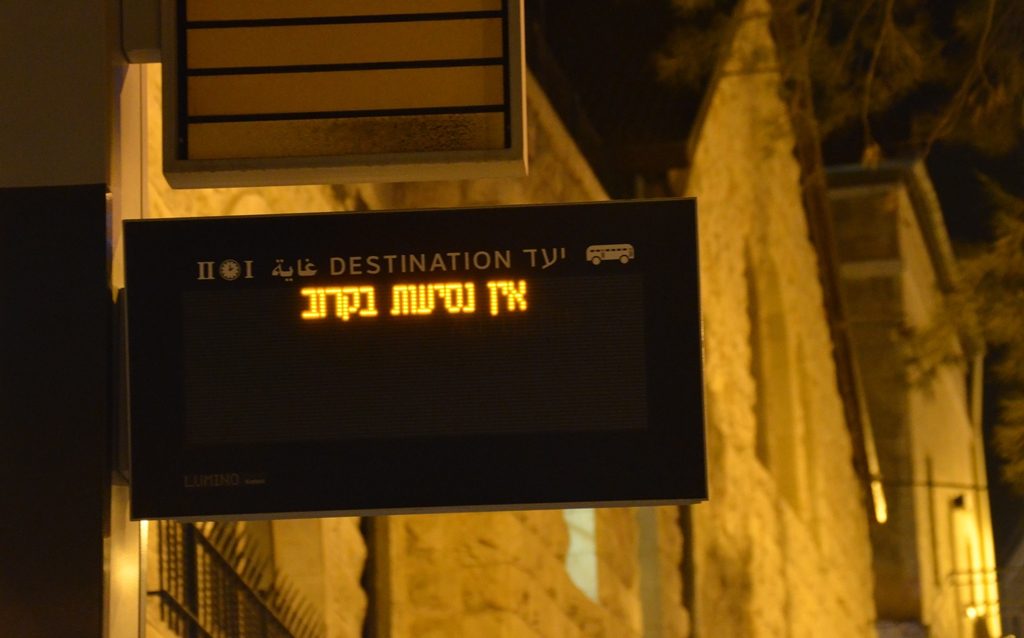 so late that no transportation was in sight.

For the last time this year, 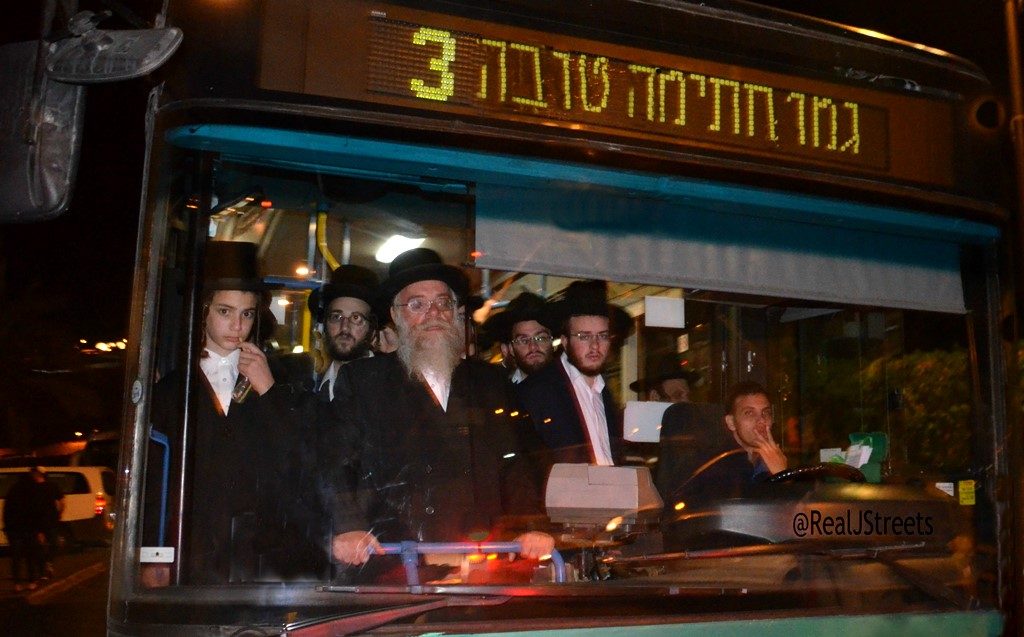 here is a bus with the Yom Kippur greeting,

“May you be sealed for a good year.”

Now that is old too.

As soon as Yom Kippur ended in Jerusalem, 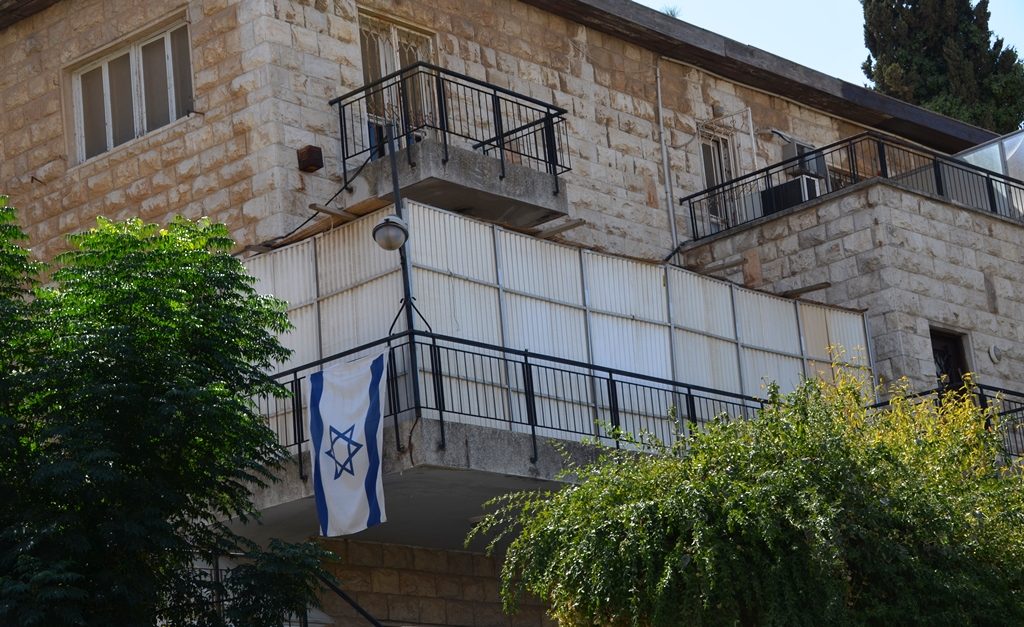 If you would like to not only see the Kotel scene,

but hear a bit of the selihot prayer,

I am sharing this short video:

Now it is time to prepare for new holiday and guests.